I've Got A Day Named After Me

I tried putting in some shorter things for my humor blog this week. Did it work?

No, it never works. Here's Waldameer. 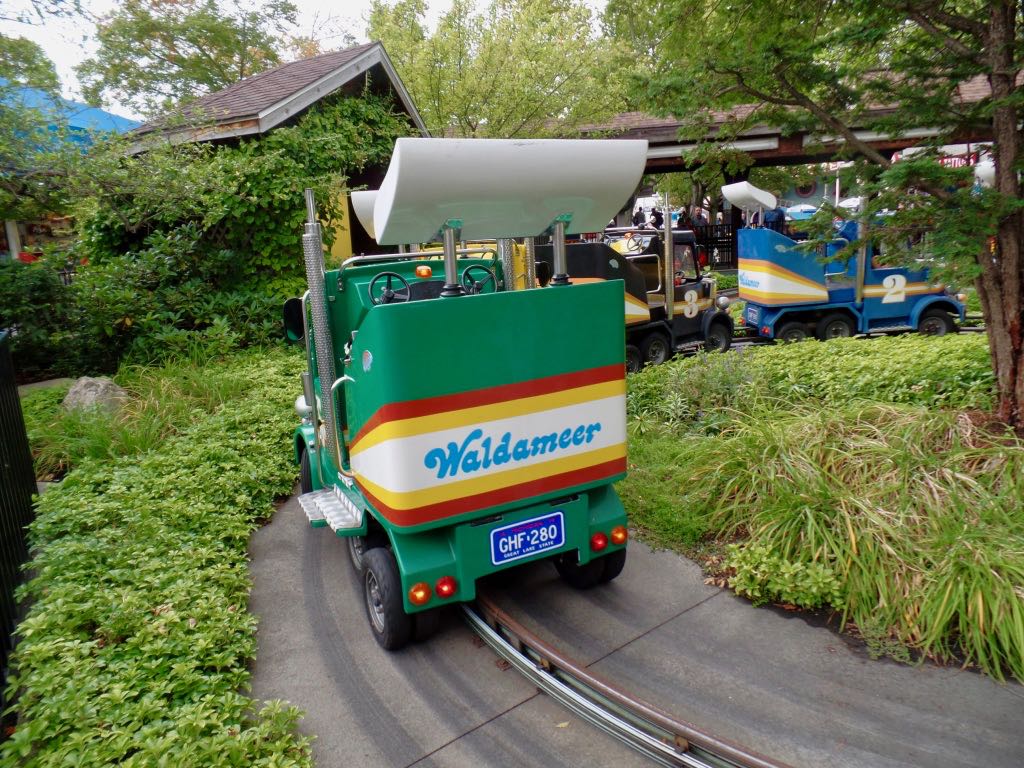 Kiddie truck ride at Waldameer. It's got a particularly lush setting, as most things at Waldameer have. We noticed how the license plate is an (outdated) Michigan design, which makes sense when you consider the reasons? 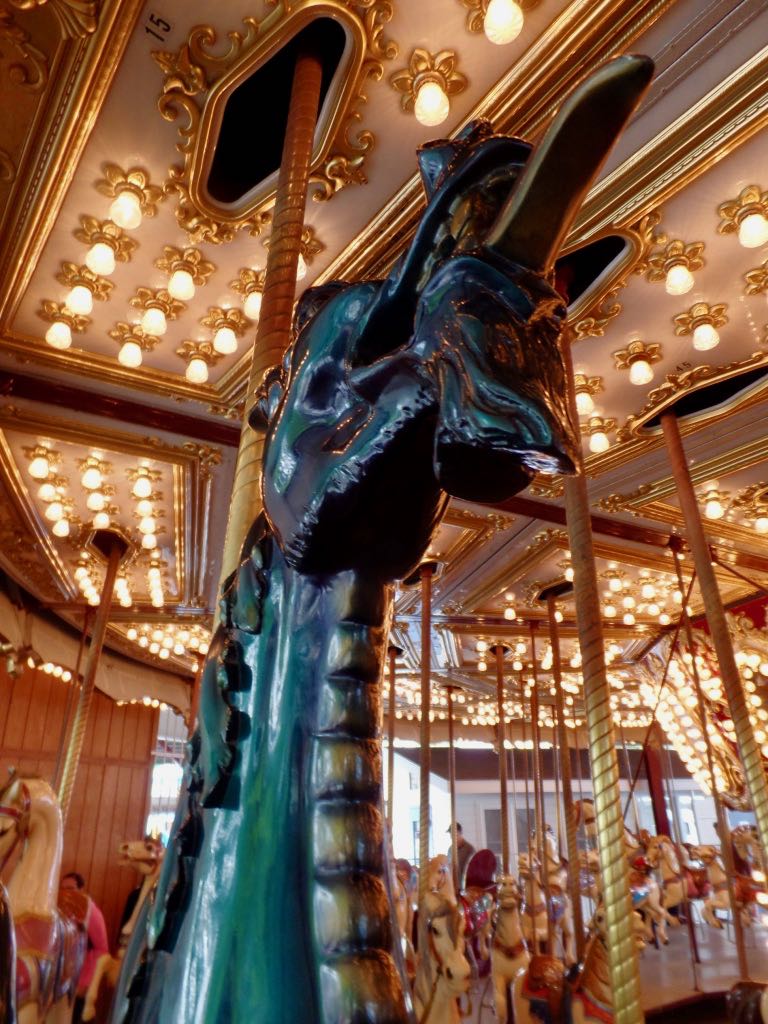 Sea serpent on Waldameer's carousel. They have a modern, fiberglass Chance carousel. They used to have an antique, but sold it in the big carousel boom of the 1980s and actually used the money to build a water park, making the whole park thrive again. (Most parks that sold their antique carousel in the 80s used the proceeds to cover operating expenses for a few years before having to shut down anyway.) 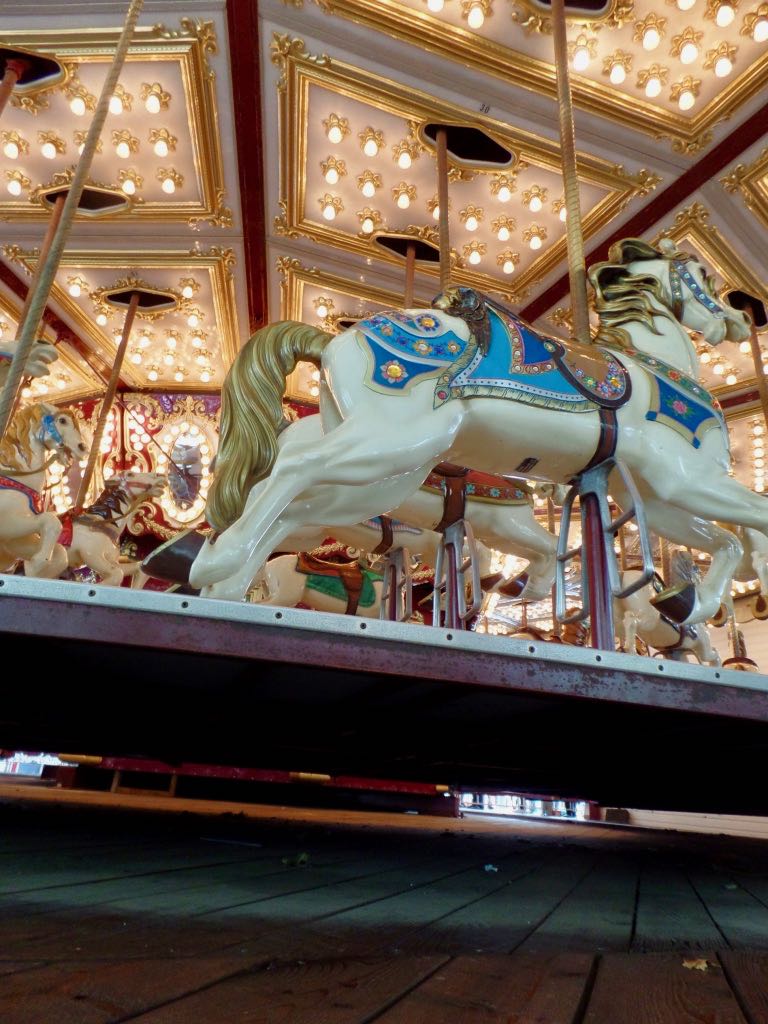 Low-down shot of Waldameer's Chance carousel. It looks like basically any Chance fiberglass carousel, but their housing is nice and I always like showing how the whole ride's suspended from the center. The Comet junior wooden roller coaster --- adjacent to the carousel --- on its return leg. 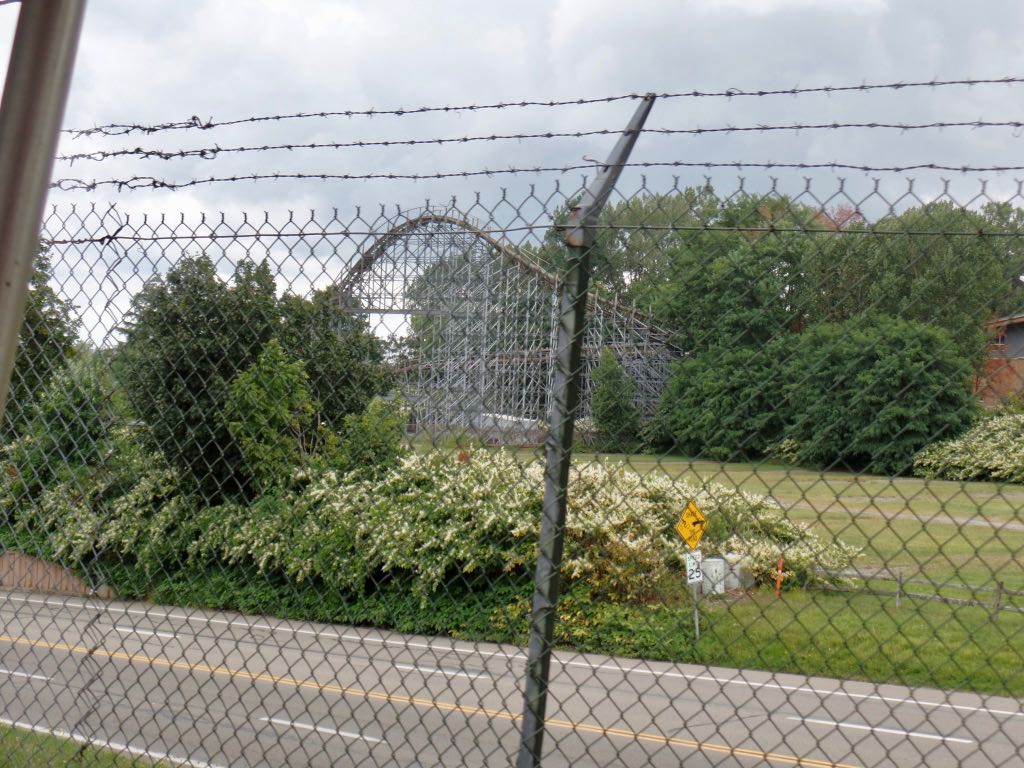 View from the scenic railway of the part of Ravine Flyer II that's across the highway. Also the highway. 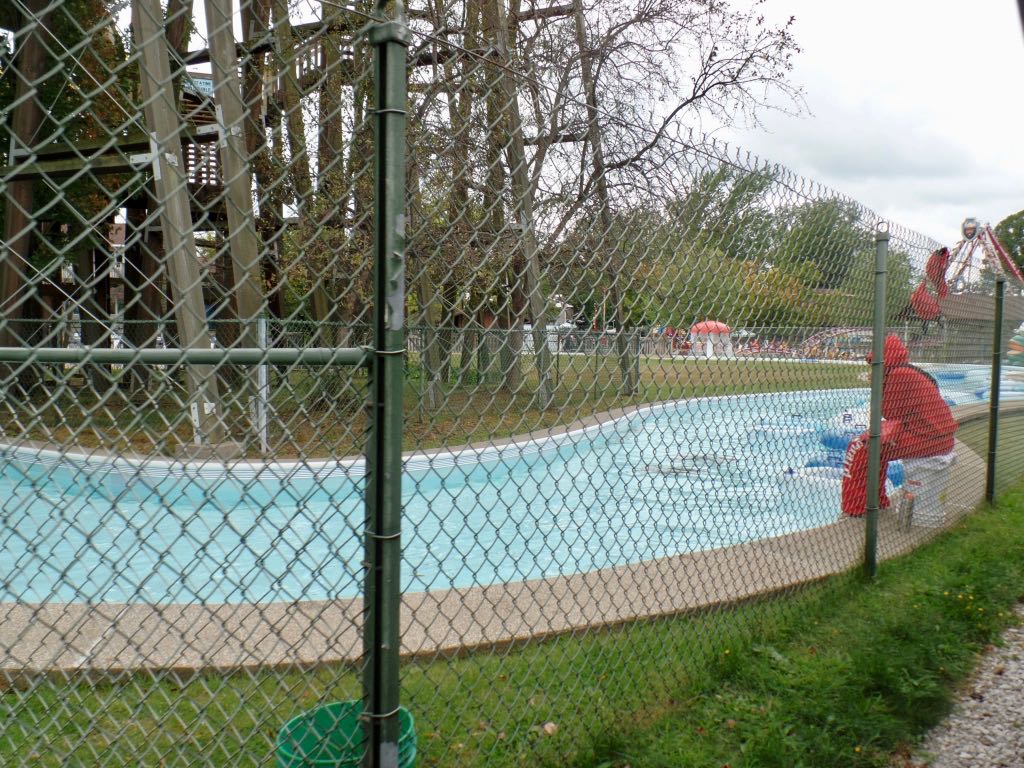 Lifeguard watching over the lazy river on a day cool enough I'm not sure they even opened the water park. 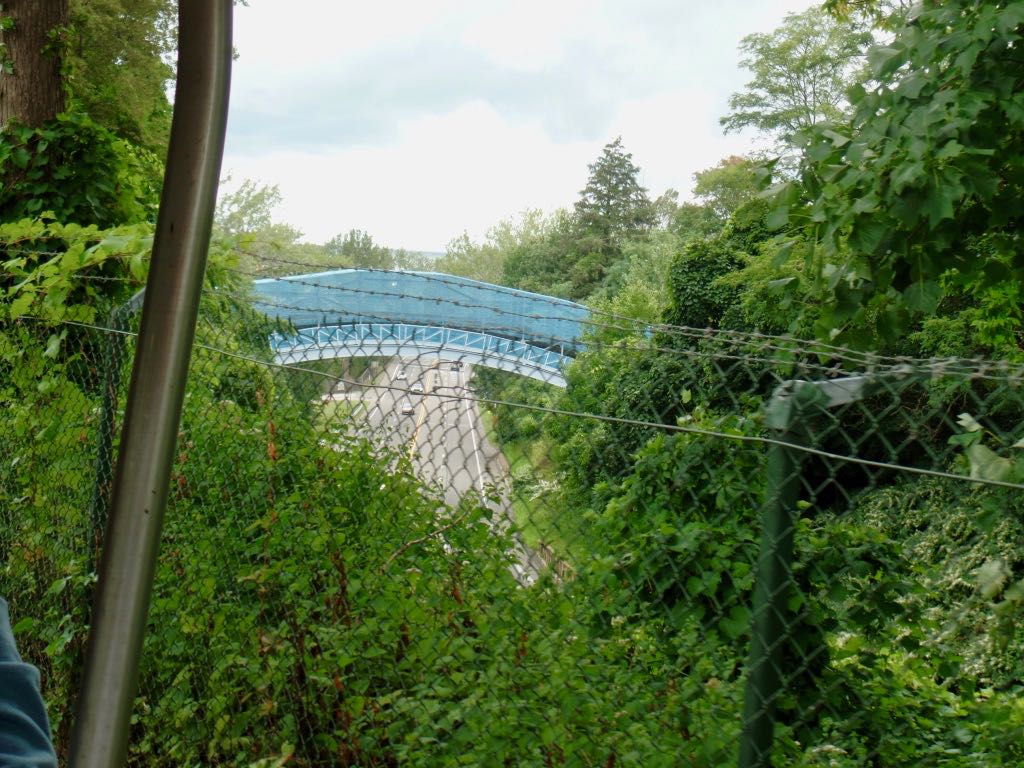 Where Ravine Flyer II leaps over the highway. The only known photograph of the original Ravine Flyer is where it crossed the highway, although that roller coaster had a valley where this has a hill. 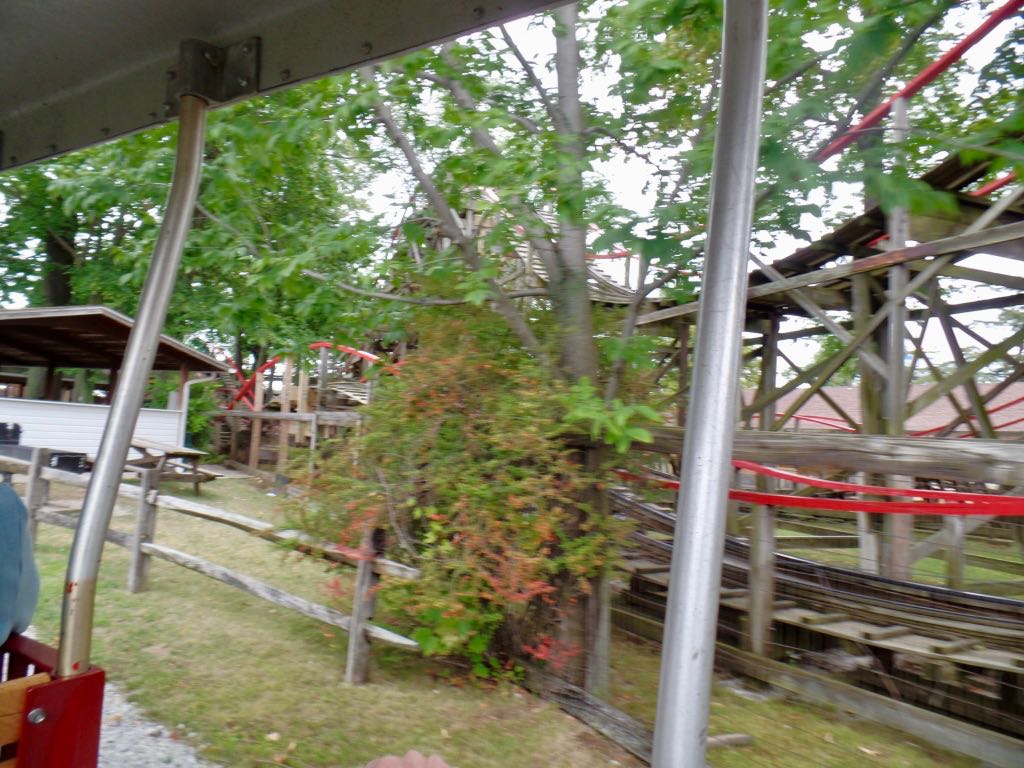 The return leg of Comet, as seen from the outside, on the scenic railroad. 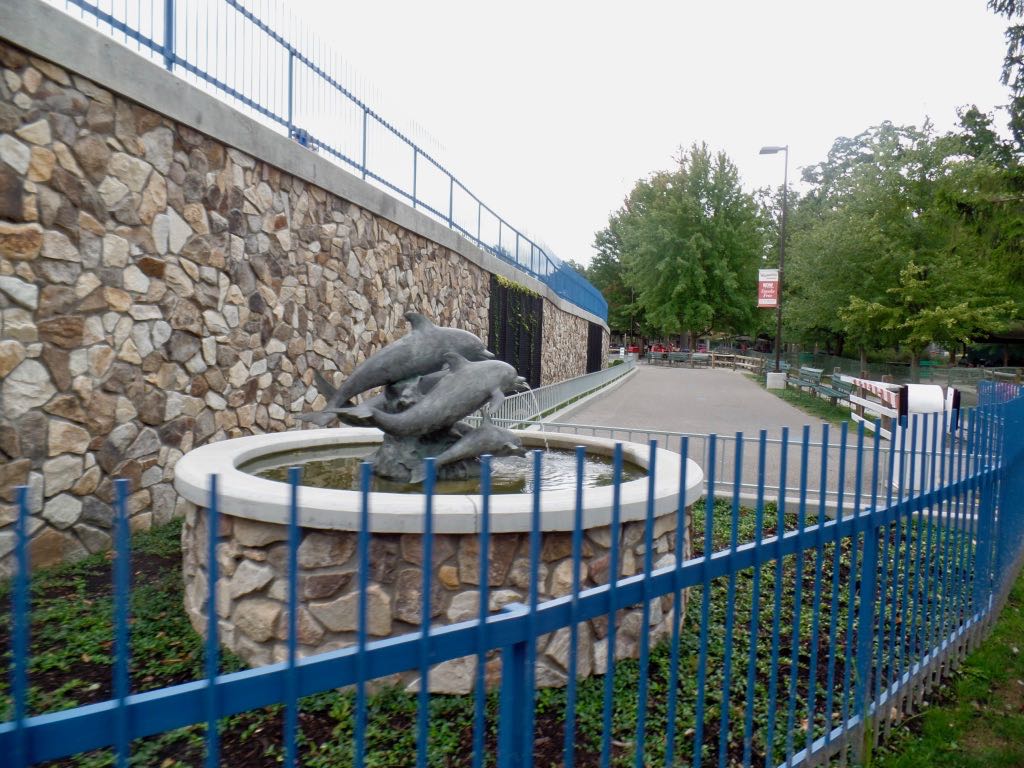 Fountain featuring several dolphins as seen from the scenic railroad. 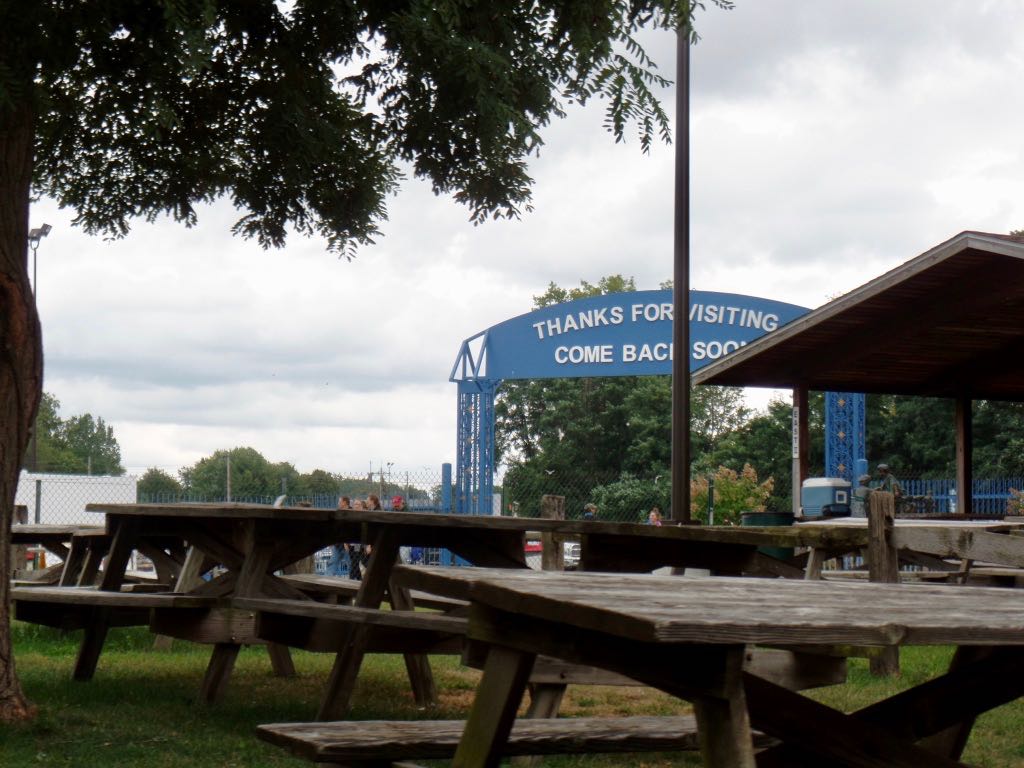 Picnic tables and pavilion and the parking-lot exit for the park, as seen from near where the railroad turns around. 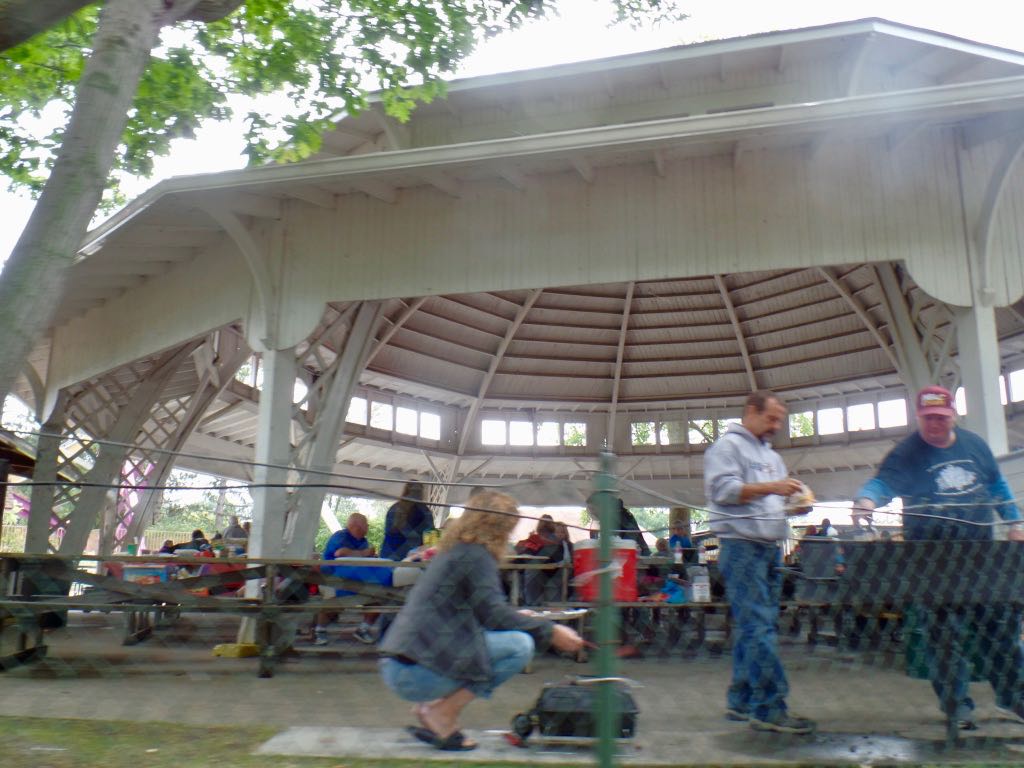 The carousel pavilion, which is not where the carousel is. According to the Images Of America book about the park, decades ago they relocated the carousel from its original location, next to the Comet roller coaster, to this, a fair bit south of there. The intent was to increase foot traffic down the midway, but it didn't work and at some point the carousel moved back. The book isn't clear just when. 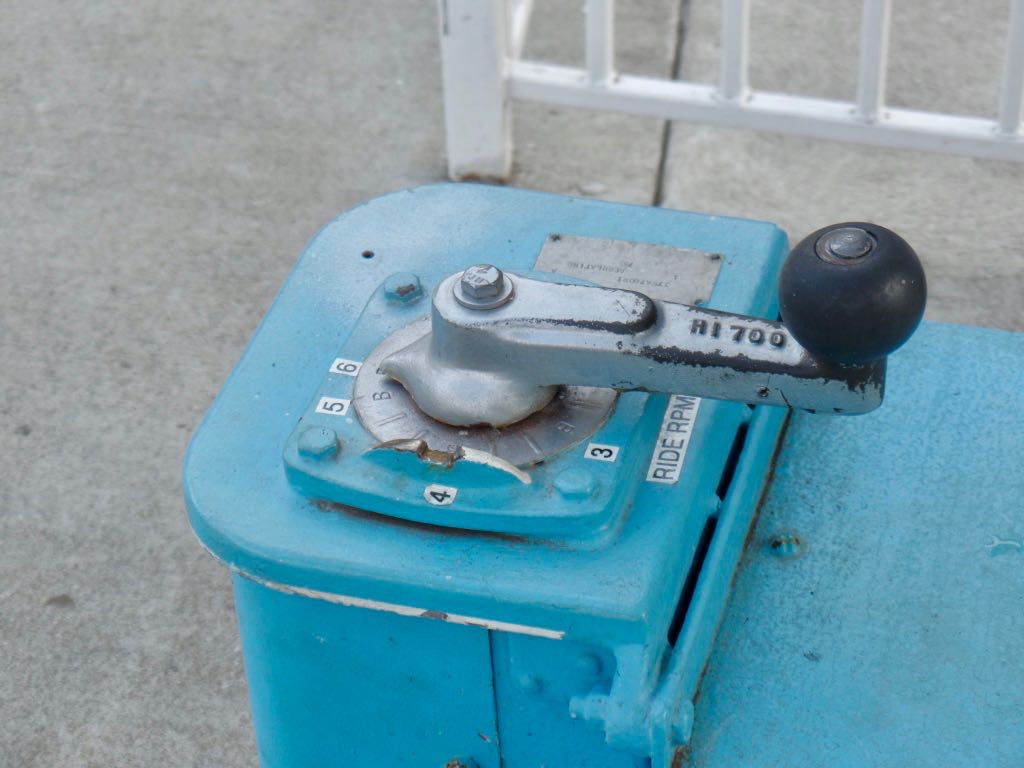 Nice old-fashioned motor control for Waldameer's Scrambler. You can see where it's set to six rpm, which is a really good speed.

Trivia: In Athens of about the fifth century BCE the name of the second month of the year was Metageitnion. Source: Mapping Time: The Calendar and its History, EG Richards. </p>