That's the day that I decide what the weather's gonna do

I had a lot of fun on my humor blog this week. Rex Morgan was a particular delight. Also good?

I'm getting near the end of my Waldameer pictures! You'll see the sun set between pictures here, even. 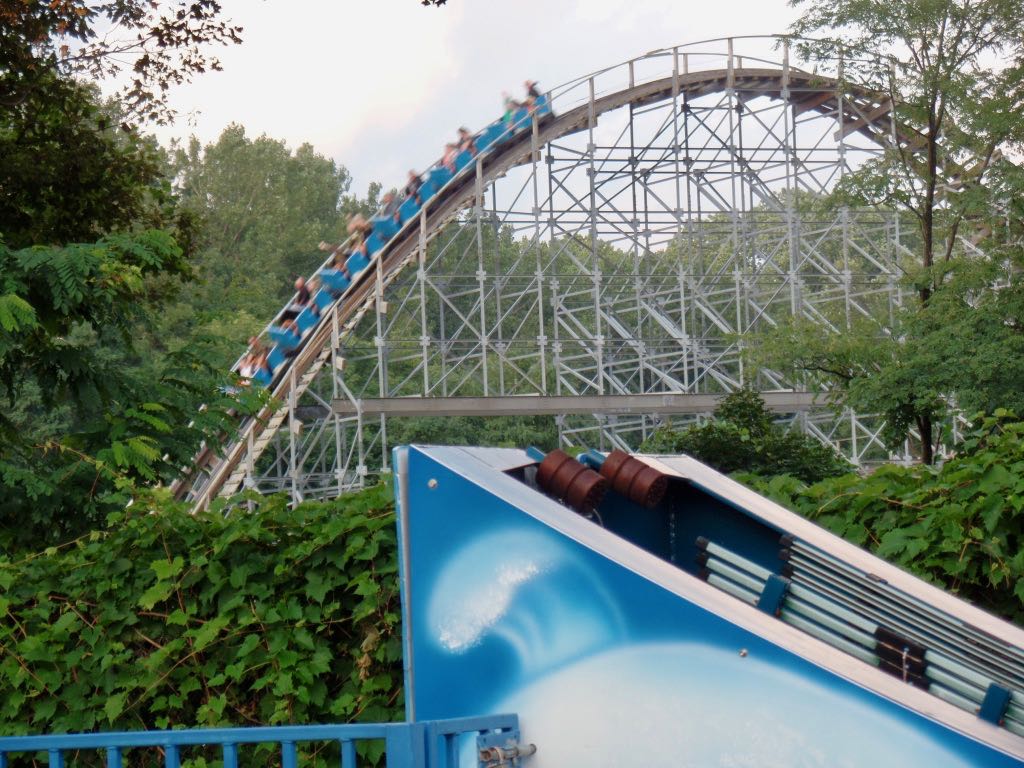 Ravine Flyer, back from the ravine! 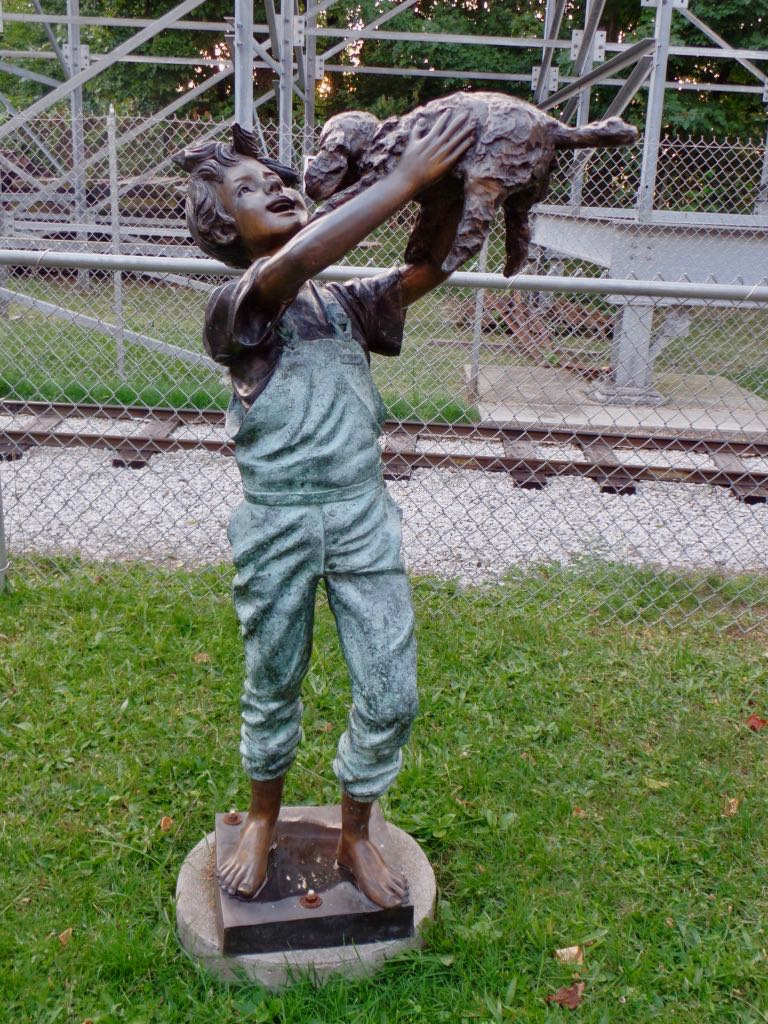 Waldameer statue of a kid holding up a dog, at the North End near where the miniature railroad turns around. 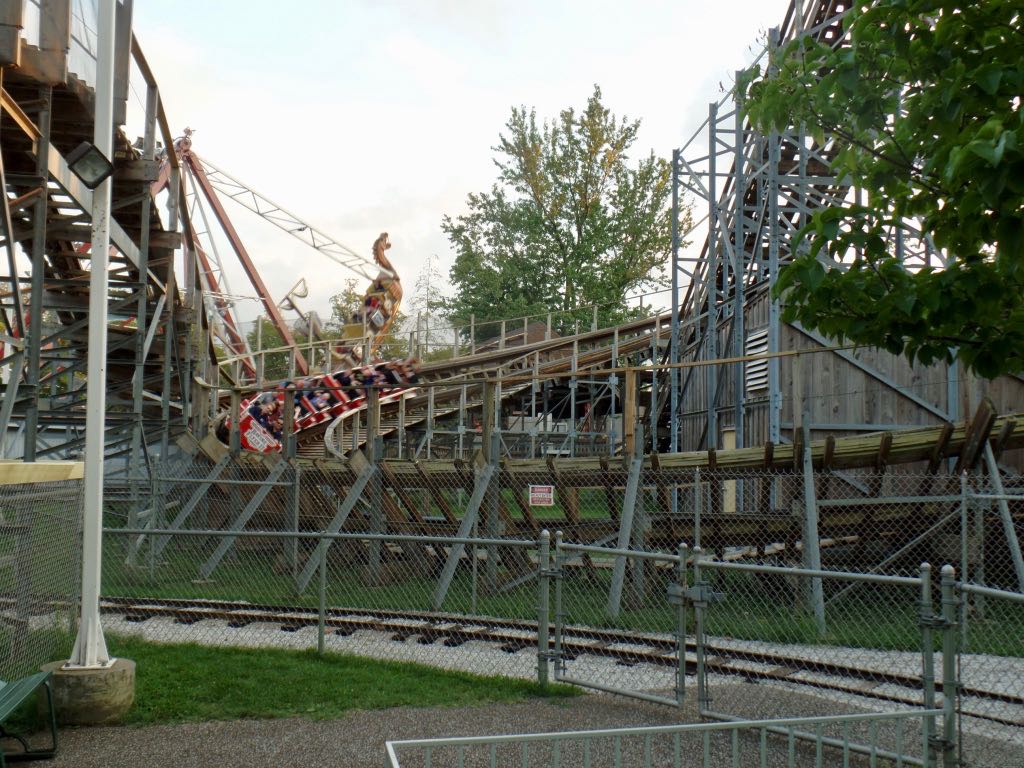 Ravine Flyer II was designed by Gravity Group, so the roller coaster spends as much time as possible banked as steeply as possible. Here's one of its less steep curves, on the return leg of the coaster. 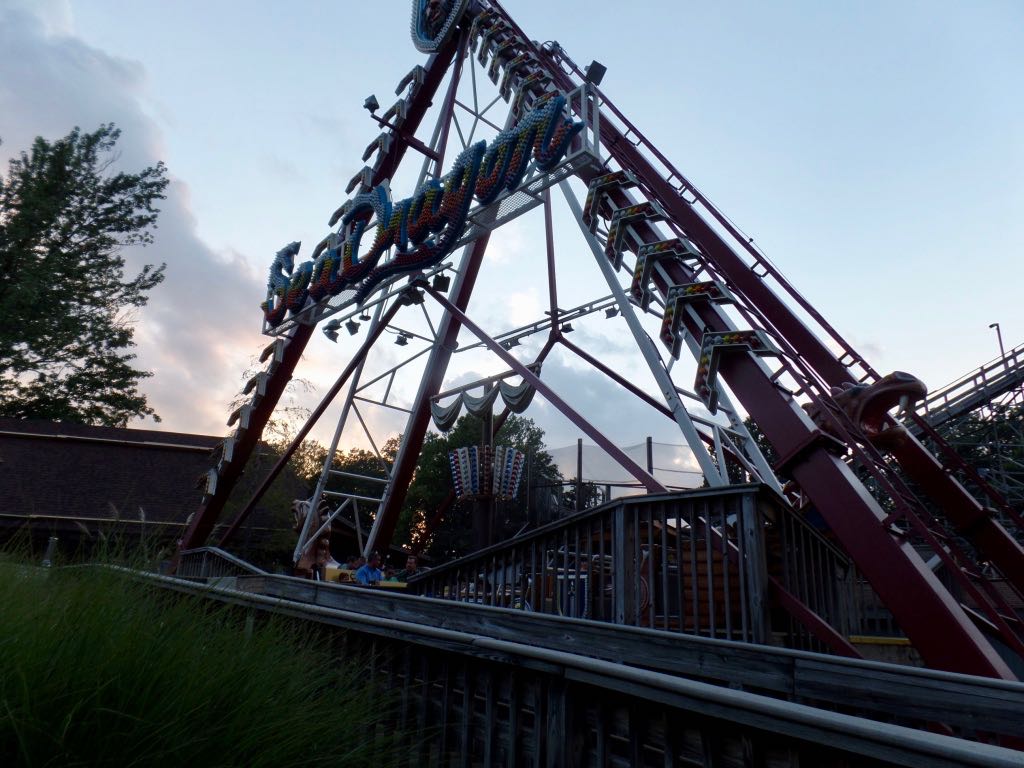 Sea Dragon, the swinging ship ride as at many parks. That little mast in the center of the boat often gets taken off these rides anymore, since it's something that can break but doesn't actually matter to the ride. 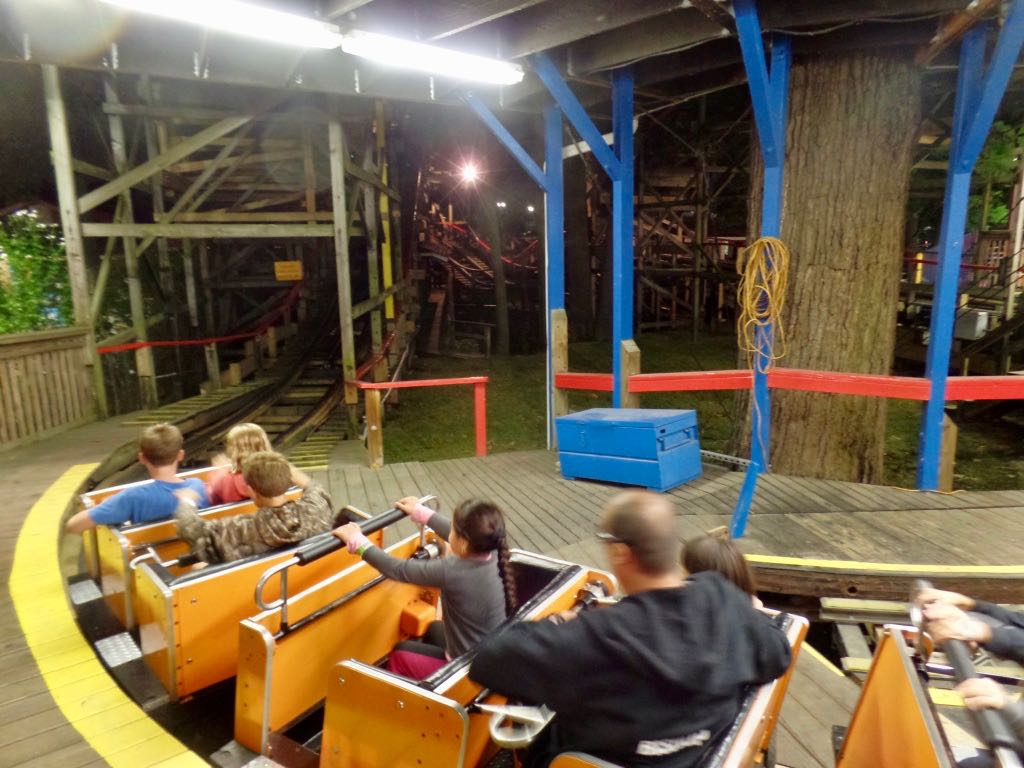 The Comet's launch station as seen by night. 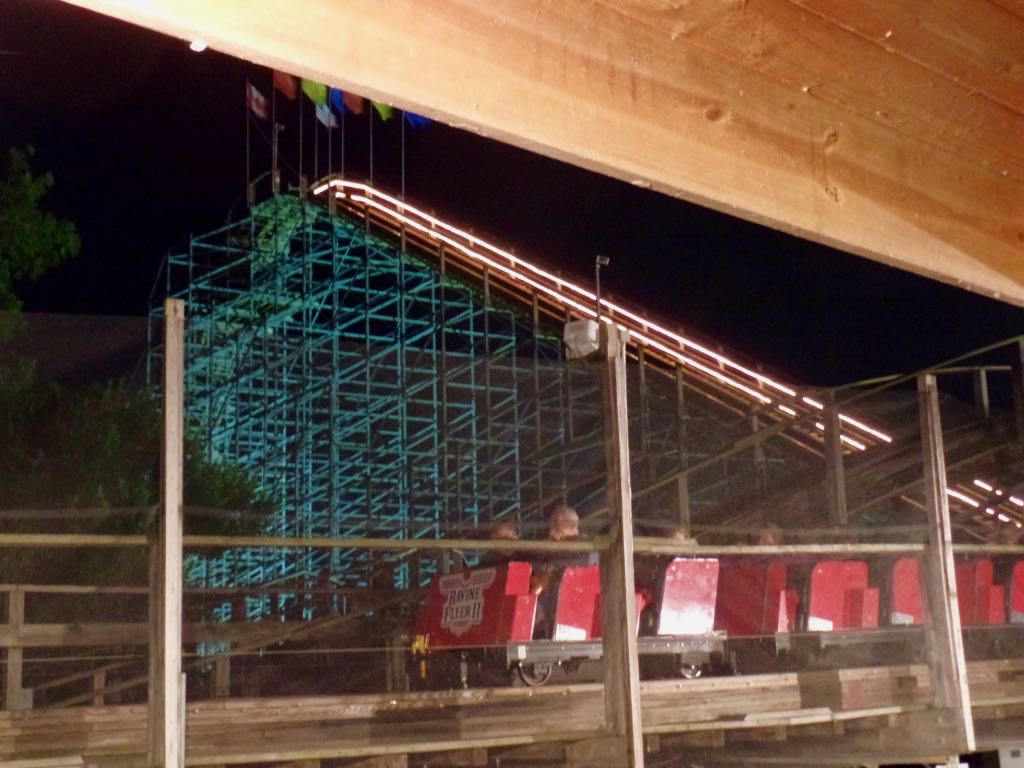 Ravine Flyer II by night, too. I think I took this exact same picture but at the start of the day, too. Anyway, love those lights along the lift hill. 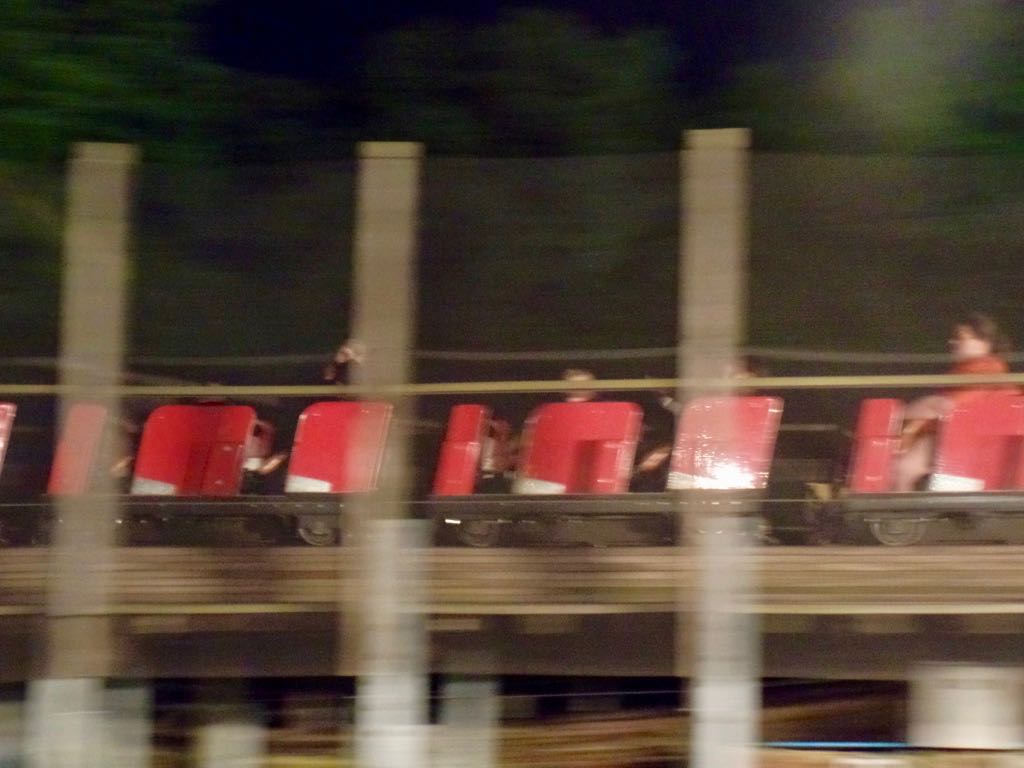 I tried to do a tracking shot of the Ravine Flyer II coaster coming back to the station! Did it work? 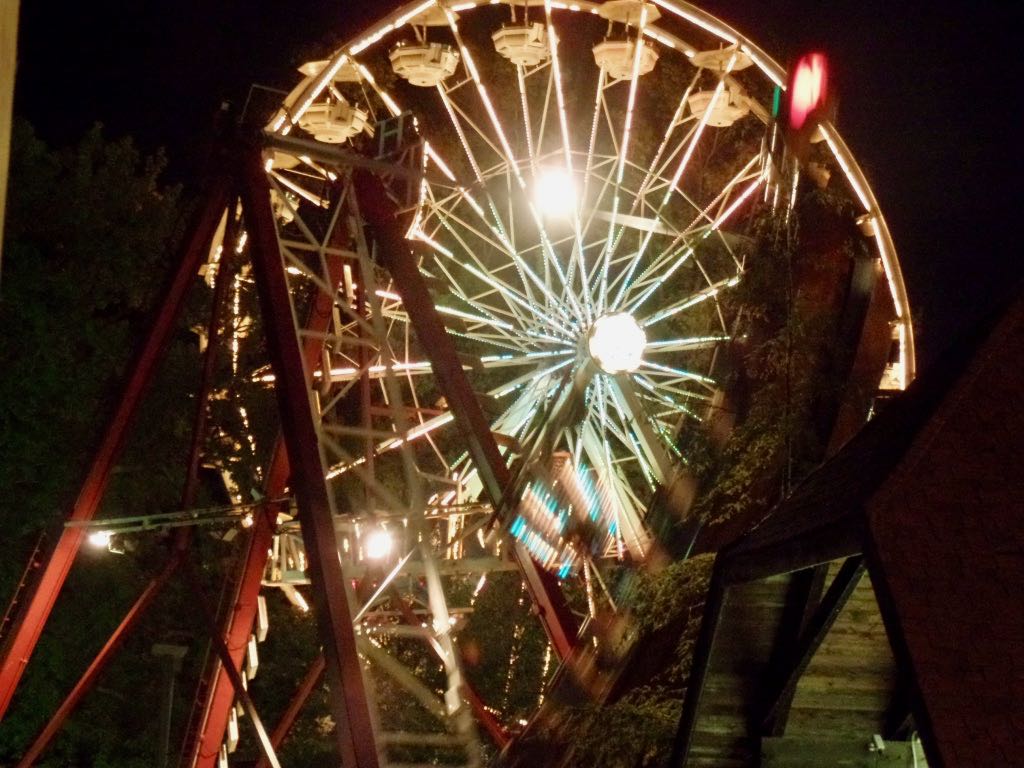 Sea Dragon rocking beautifully in front of the Ferris wheel. Look at those light streaks from the ride's mast. 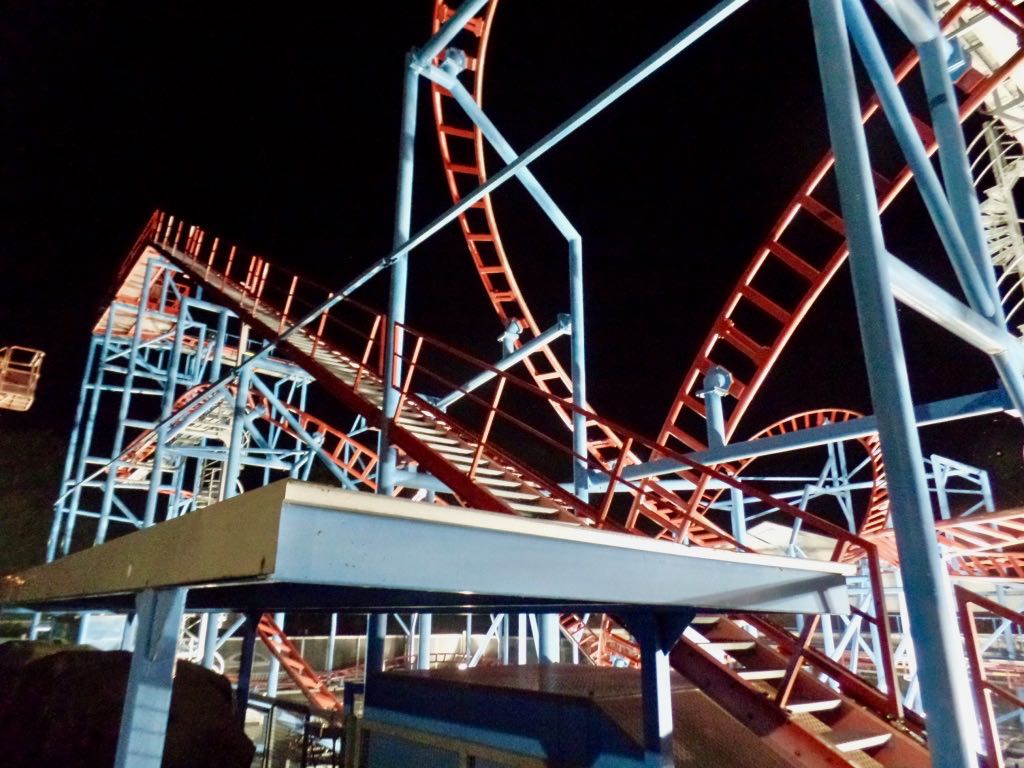 Steel Dragon by night. The lighting gives the chance to enjoy some really quality darkness, too. 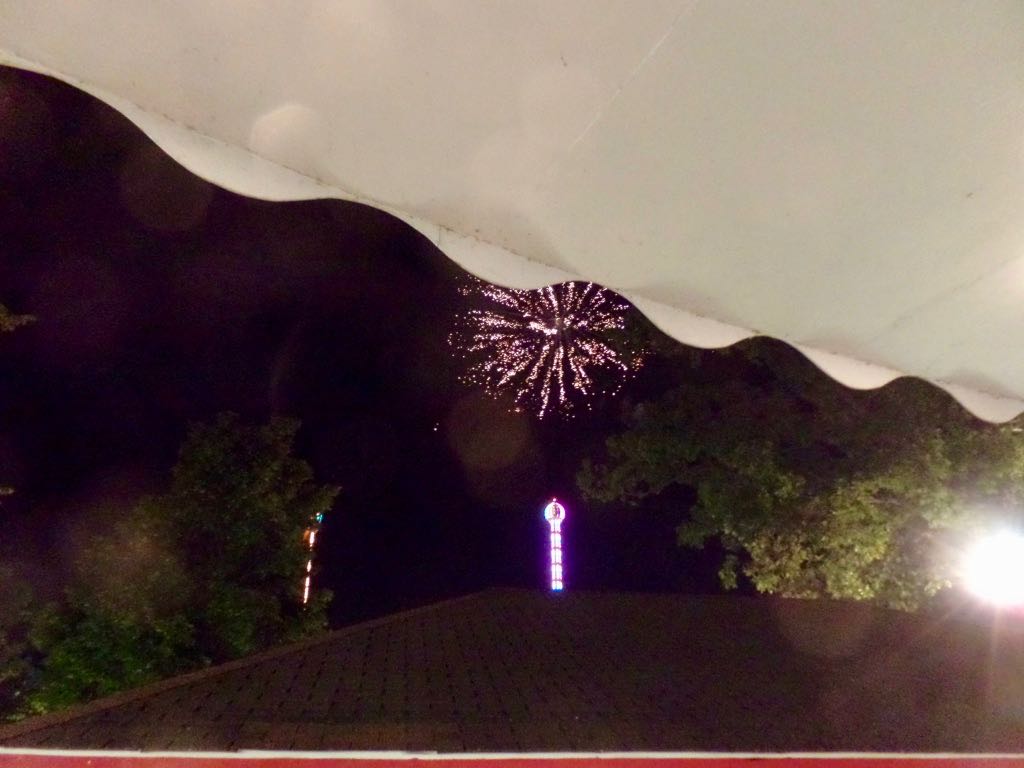 It was the next-to-last day of the park's season! They had fireworks and everything. 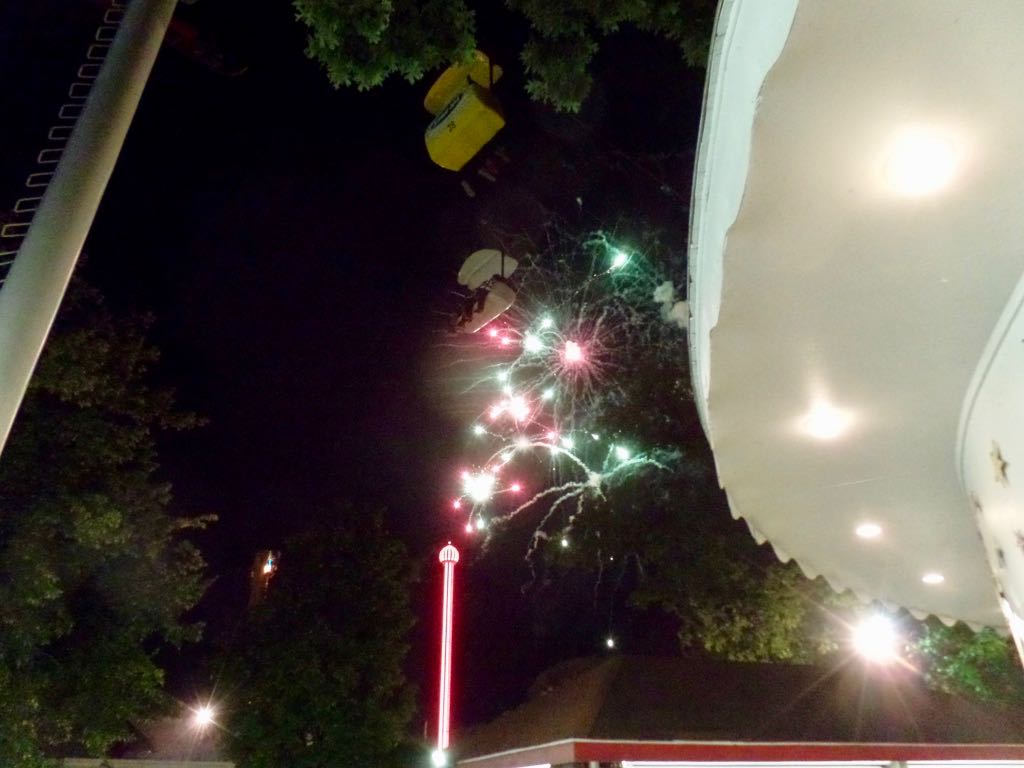 More fireworks as seen from the Comet station. 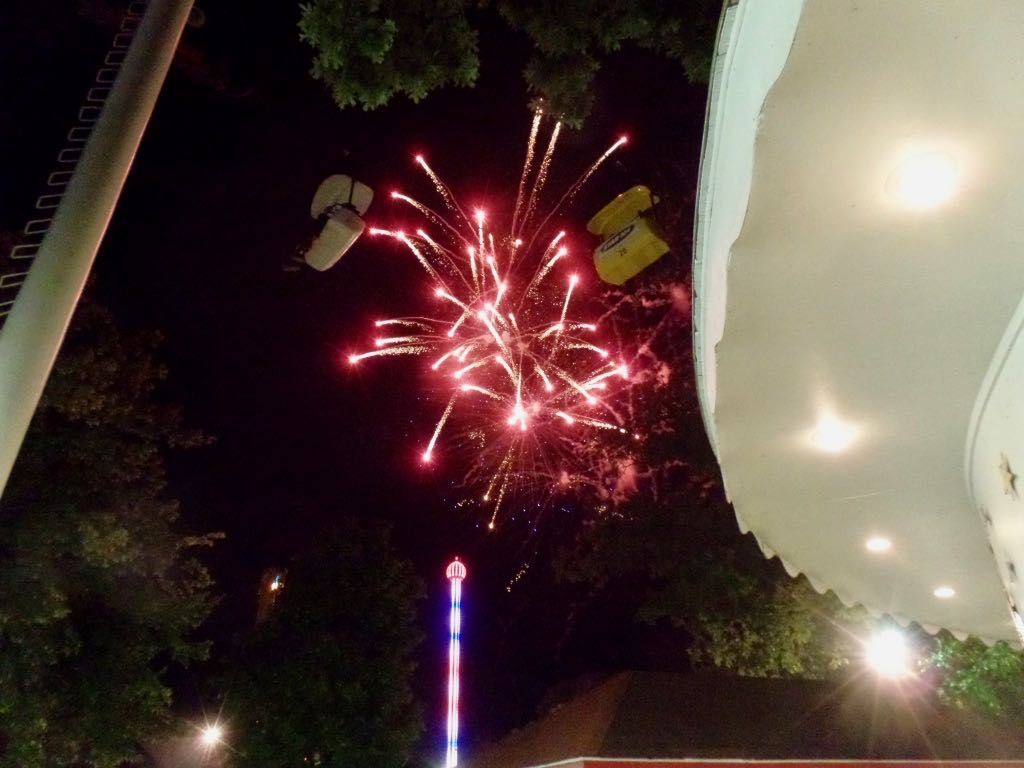 Yes, I could have found a spot that didn't have the Comet station blocking part of the sky, but I might not have found one that had the Sky Lift train running back and forth in front of the fireworks.

Trivia: A proposed 1931 merger of Sears and Montgomery Ward broke down when, ultimately, Sears insisted on offering one share of Sears for three of Ward, while Ward insisted on a two-for-one swap. Source: The Grand Emporiums: The Illustrated History of America's Great Department Stores, Robert Hendrickson. (It seems not to have gotten past informal talks anyway.)