When you are close to me I shiver

It was not a week of nothing but comics posts on my mathematics blog. There was also my vanity post of the month! Here's what you were missing if you waited for today to see what's on it.

And now, finally, the last of the Waldameer pictures as we left for the day. 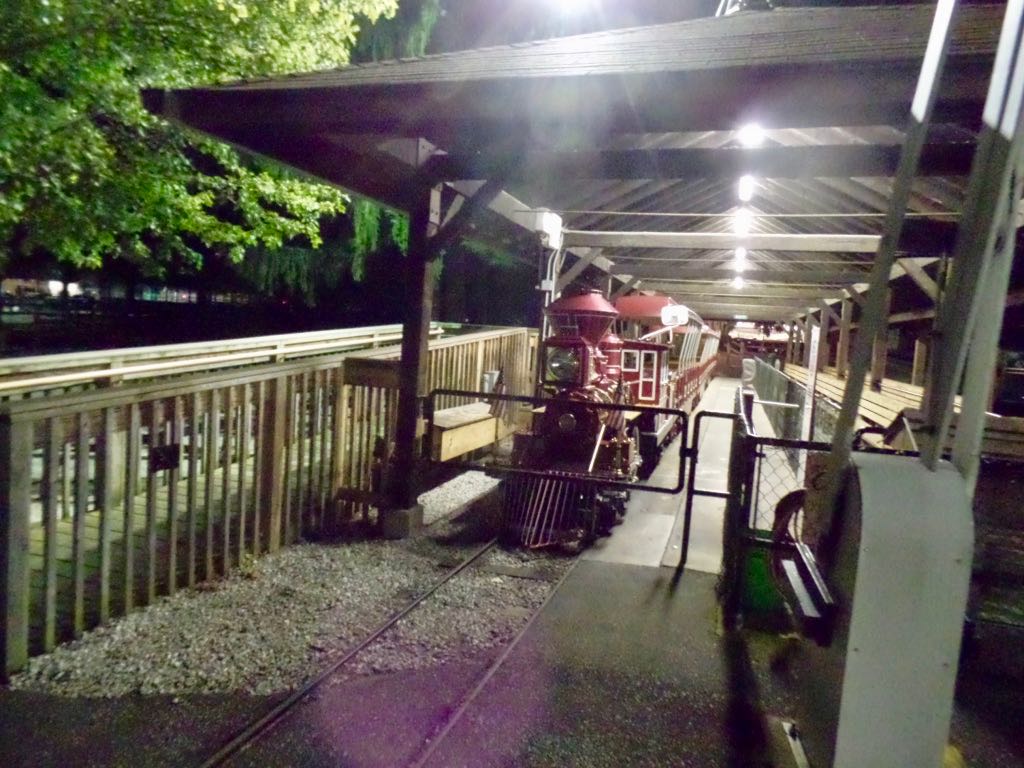 The miniature train, in station, and locked up for the night. 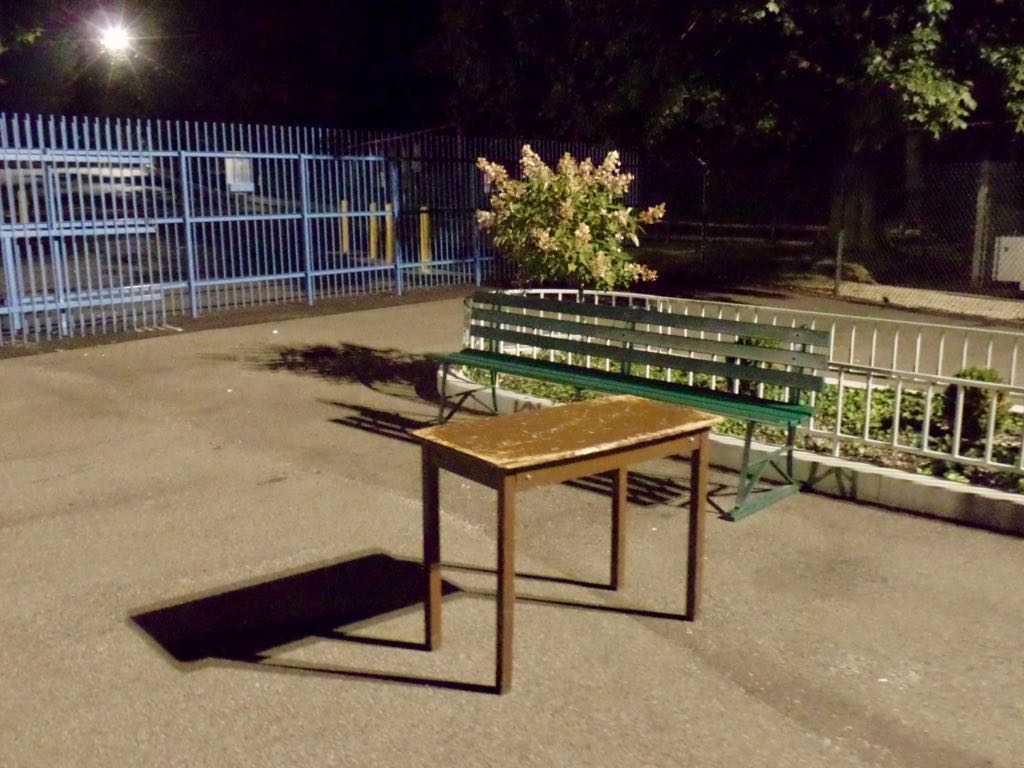 And the last thing to look at while leaving the park: this old wooden table, not near anything particular, where I guess it isn't causing any trouble.

We drove back home the next day. We did stop in at Cedar Point as a good midway point, and a place to get something to eat (Cupzilla again), and to recharge our energies. We only spent a short while there, which is why I don't have a ridiculous load of photographs. 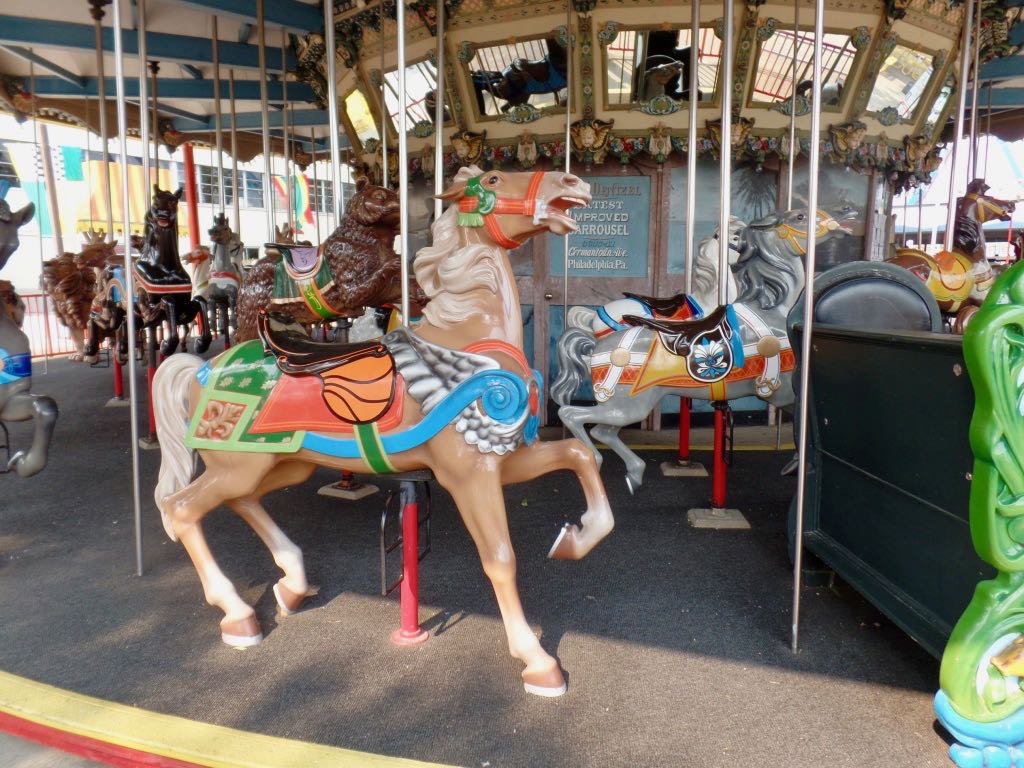 The Kiddie Kingdom carousel, one of the three carousels at Cedar Point and one with a dear connection to

bunny_hugger's past. Can you spot the bunny mounts? (I don't think they're in frame, no.) One of the Kiddie Kingdom carousel's horses, flanked by ostriches. This carousel is the one with a good number of ``menagerie'' figures. 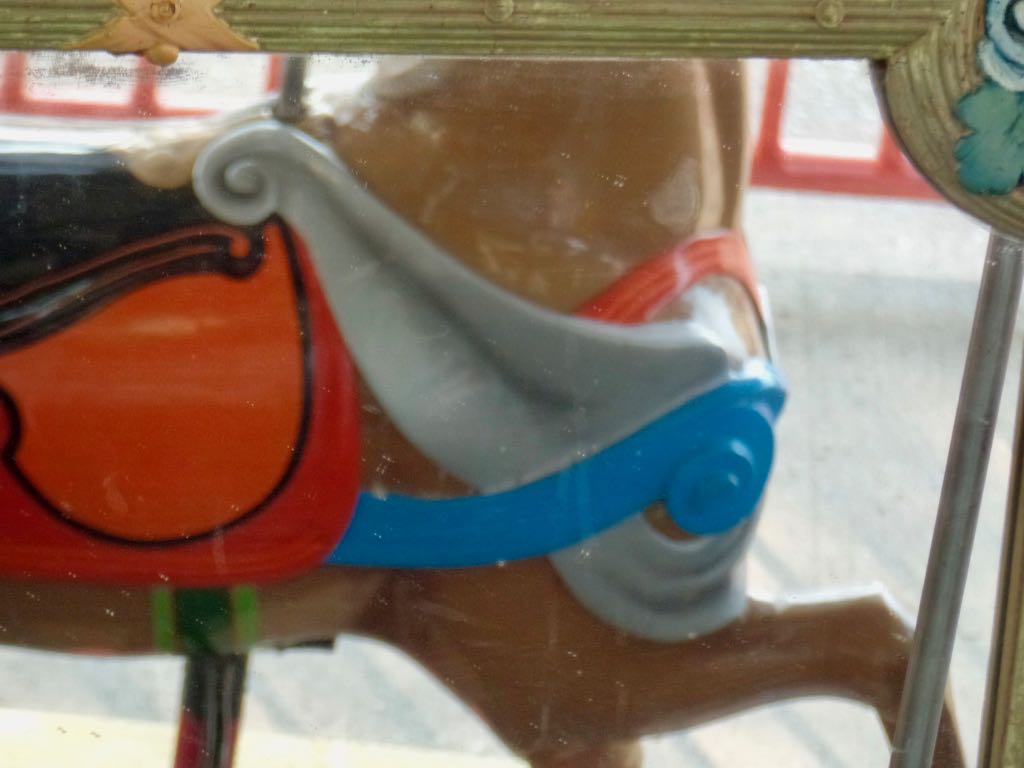 The interior, less-decorated, inside of one of the Kiddie Kingdom carousel horses as seen in one of the central mirrors. Yes, the camera decided to focus on the mirror dirt, but that makes this picture an aesthetic decision, right? 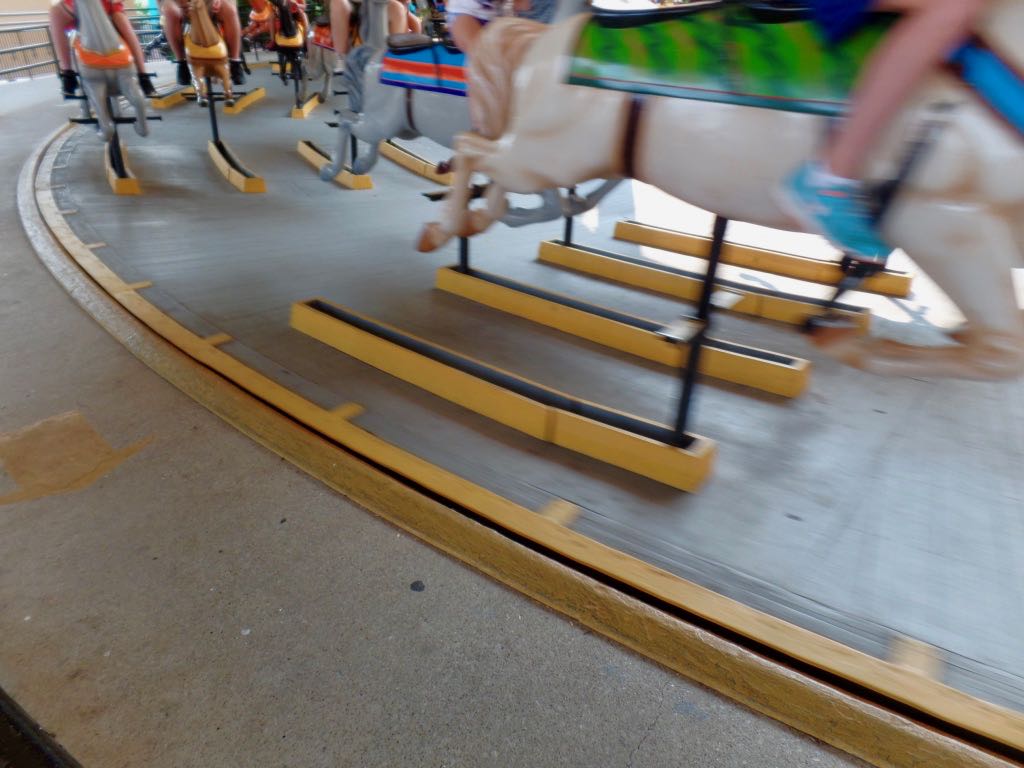 The base of the Cedar Downs racing carousel, seen in motion. This ride gets up to about six rpm, the fastest carousel at Cedar Point, even if it's not so terrifyingly fast as its counterpart at Rye Playland. 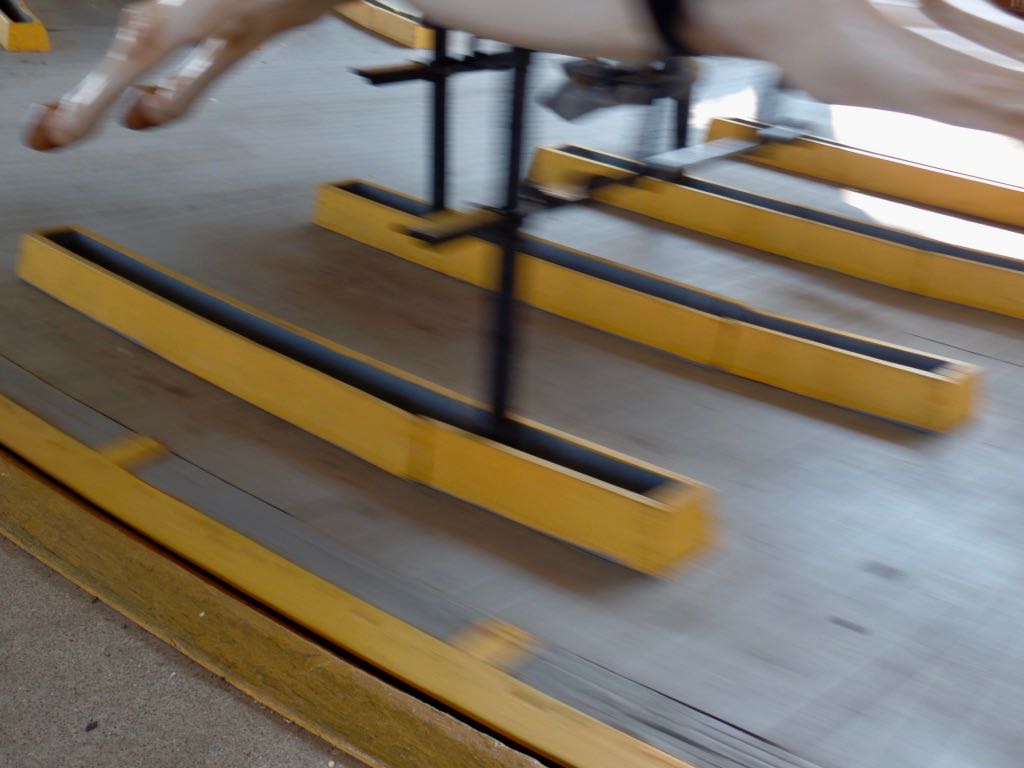 More of the base of the racing carousel. The posts move forward and back within those troughs, by way of a mechanism of, legend has it, stunning complexity. (Rye Playland's was broken for years.) 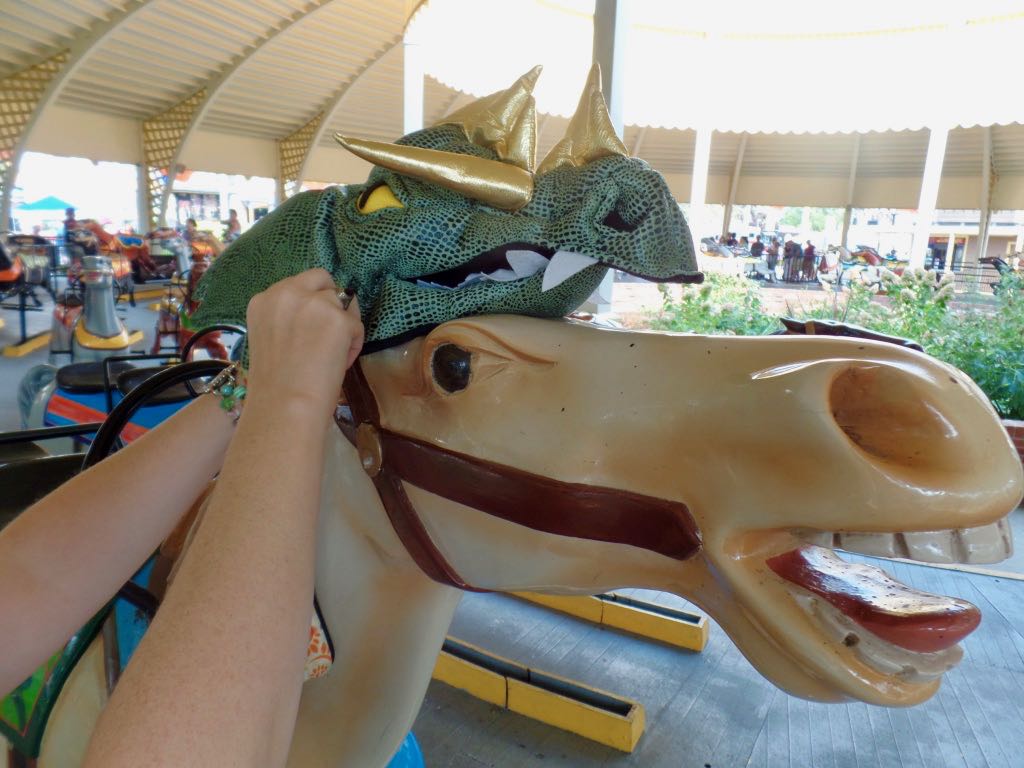 bunny_hugger wore her new purchase of Dragon Hat into Cedar Point, and drew some attention, and then she had a nice silly idea. 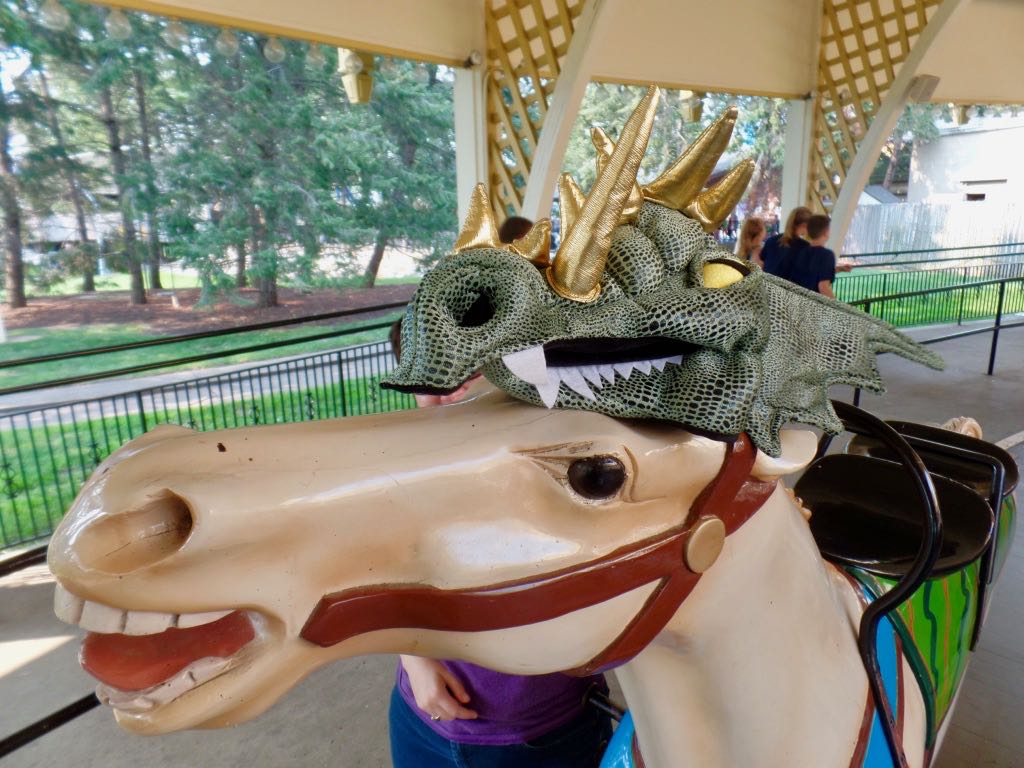 And that closed our Labor Day 2017 trip out to Waldameer and Conneaut Lake Park.

Trivia: The West Jersey Society, which held ownership and (for a time) governing power for half of the colony of New Jersey, remained incorporated in England until 1923. Source: New Jersey From Colony To State, 1609 - 1789, Richard P McCormick.