It was acceptable at the time

I want to make some of the upcoming photograph subjects line up better with the week. So I'm going to do another pictures dump today, that I can move on to another topic for photographs tomorrow and then a wholly other one come Monday. 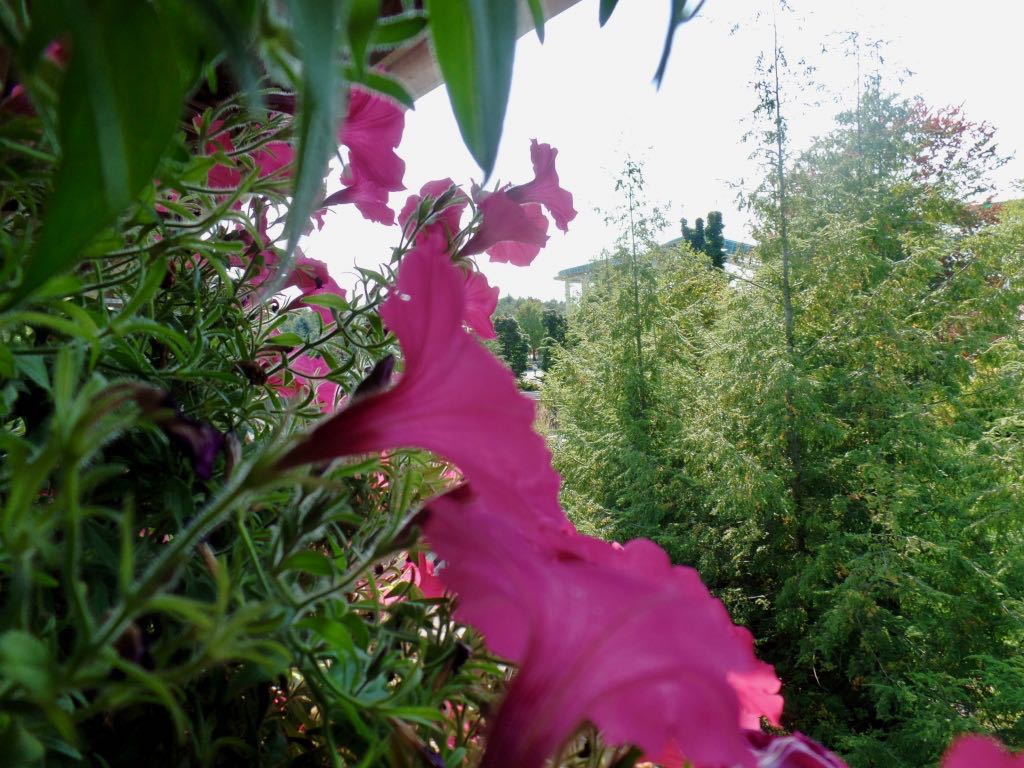 Michigan's Adventure has, relative to Waldameer, pretty sparse scenery. But it does have some great spots, if you know where to look for them. 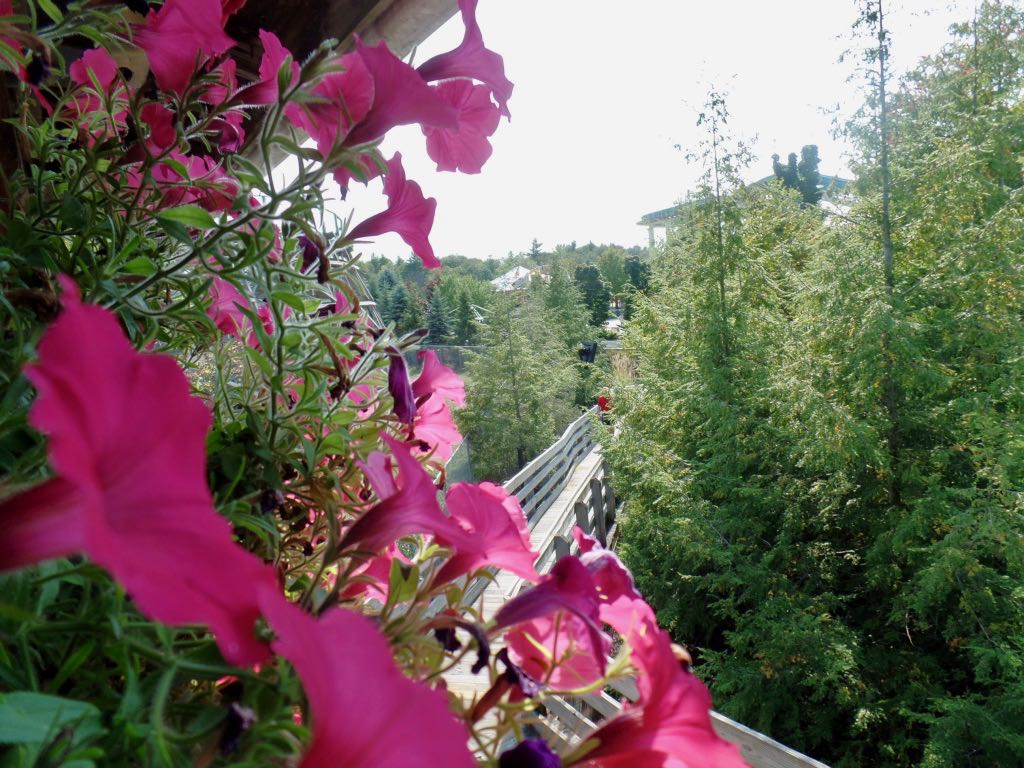 This, for example, is a flower basket at the loading station to Shivering Timbers, their mile-long wooden roller coaster. Here you can see the queue approaching it. 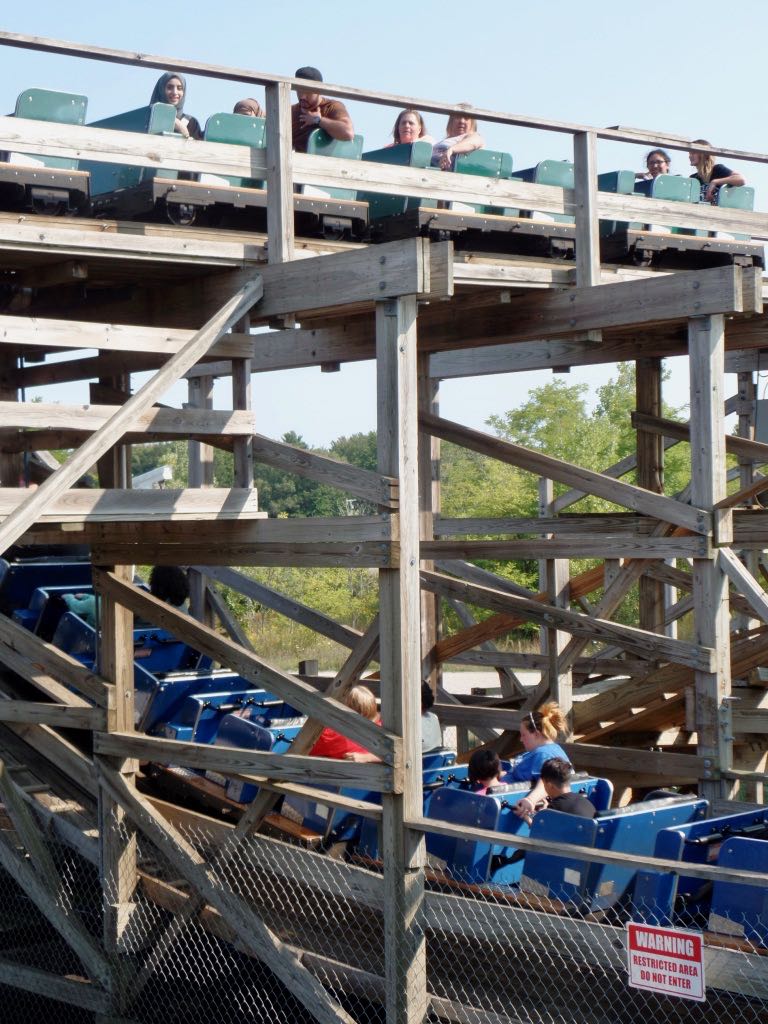 Shivering Timbers runs two trains and here you can see them, the green one returning as the blue reaches the lift hill. 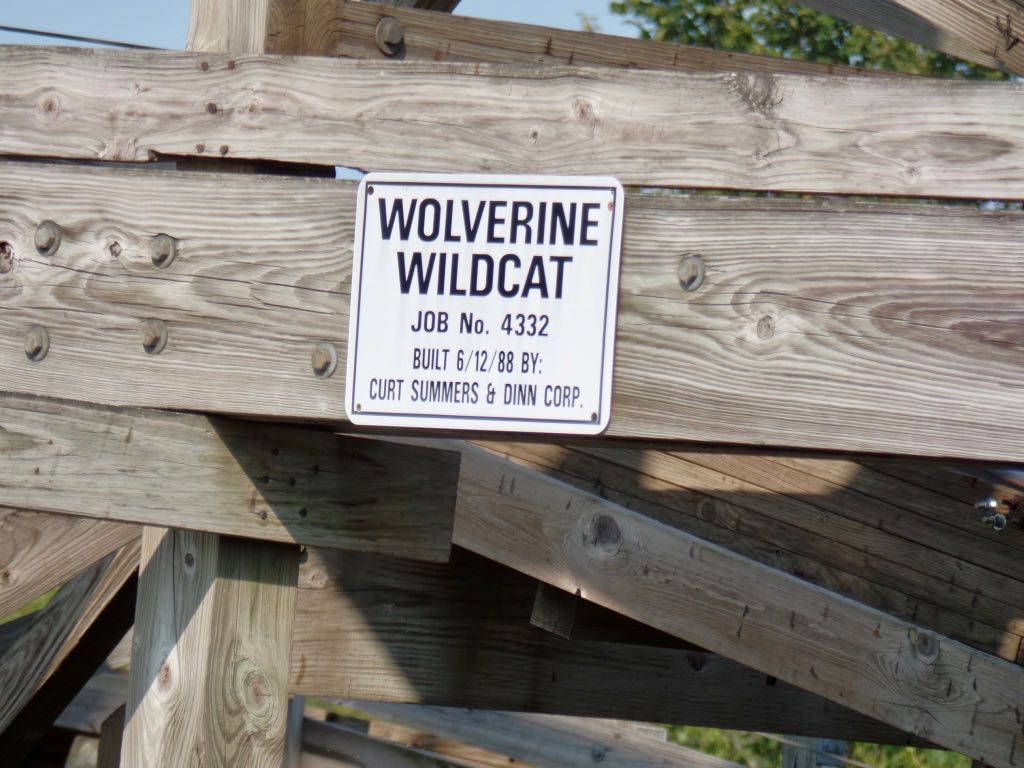 Maker's plate for the Wolverine Wildcat roller coaster. I would assume that it took more than just the 12th of June to build, but I have to go by what Summers and Dinn say it took, so maybe they started like just after midnight and were working into the late evening. 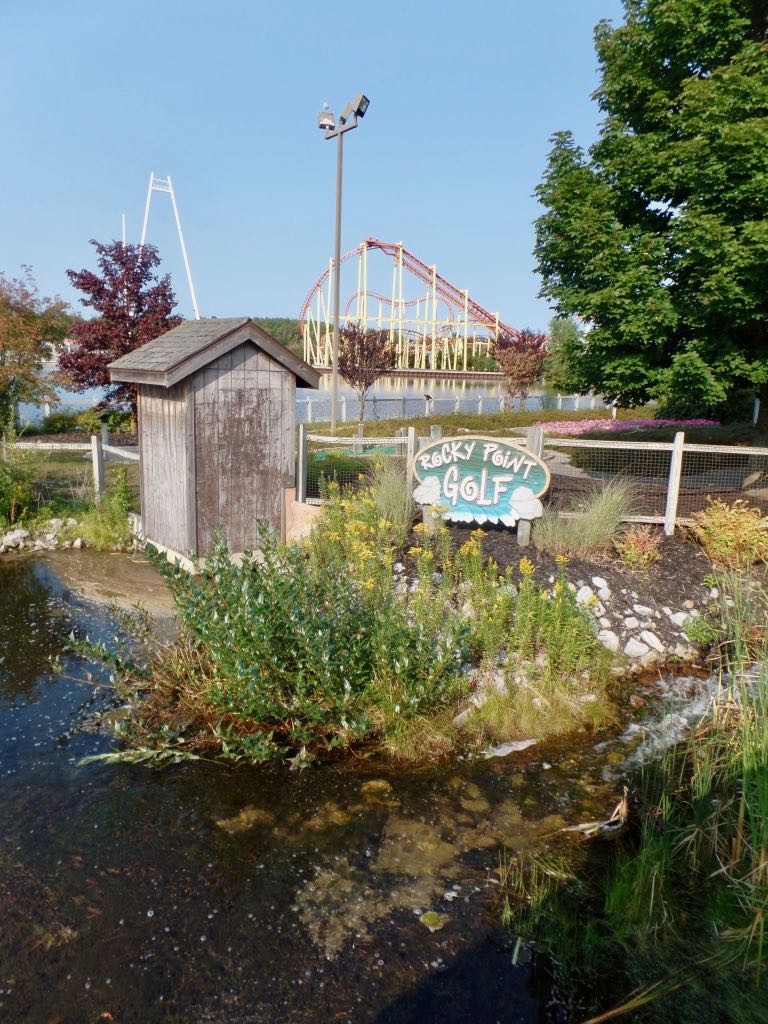 Rocky Point Golf, one of the handful of special-charge attractions at Michigan's Adventure. It's a fun little course and we've played it a few times. In the far background is Thunderhawk, a head-banging roller coaster formerly at Geauga Lake in Ohio. 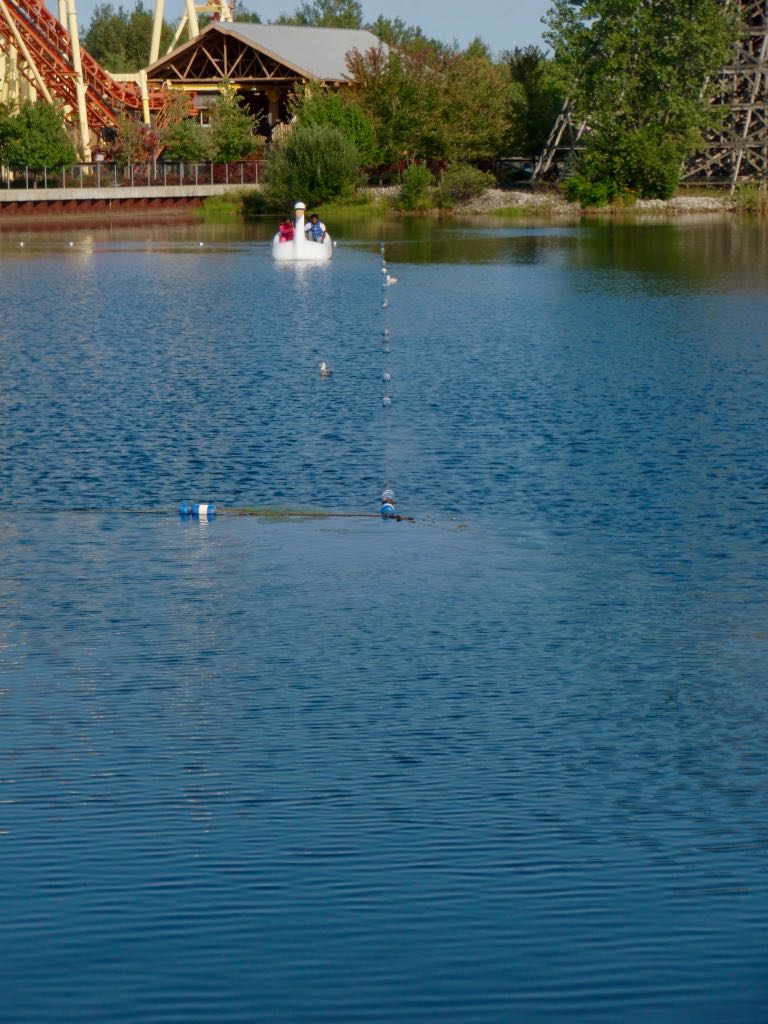 The main lagoon, built by Cedar Point in the early 2000s when it took over the park, and the swan-boat rie area in the upper left corner. 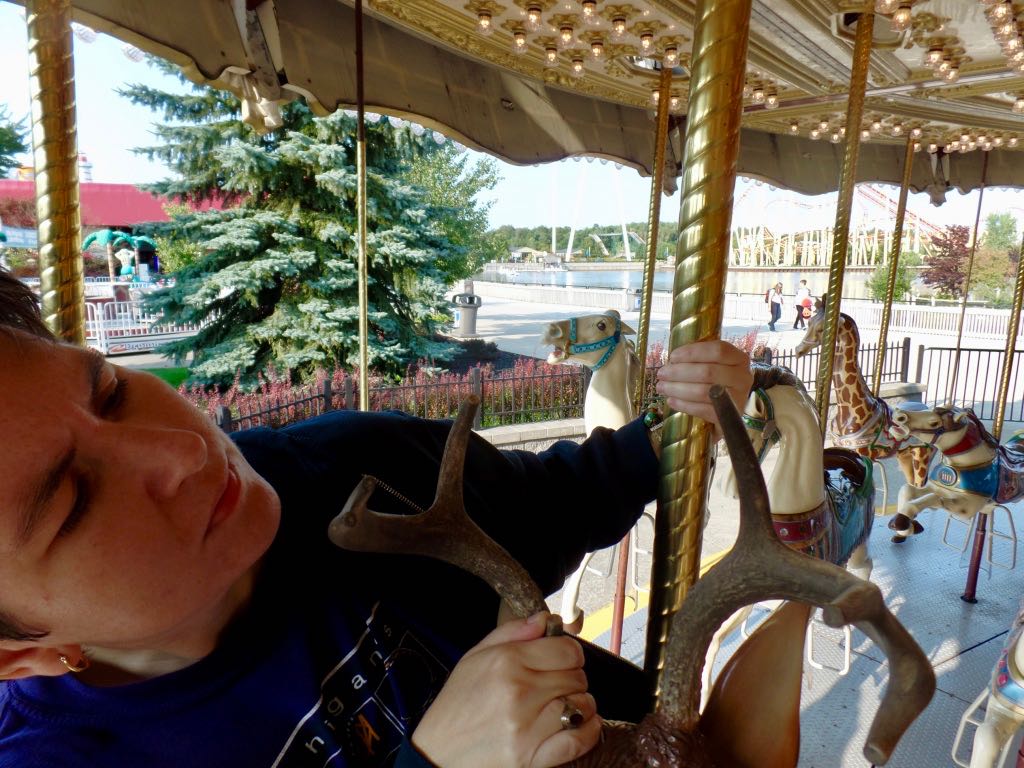 bunny_hugger examining the antlers on one of the Chance carousel mounts. Most of the animals are fiberglass. The ride operator tried to tell us about the antlers being from a real deer (likely, as real antlers are cheap, easy to get, and more durable than synthetics) from the days when Michigan's Adventure had deer (and while the park did have deer, in its first decades, it's improbable that anything from those deer survived to the time they were putting in this merry-go-round). 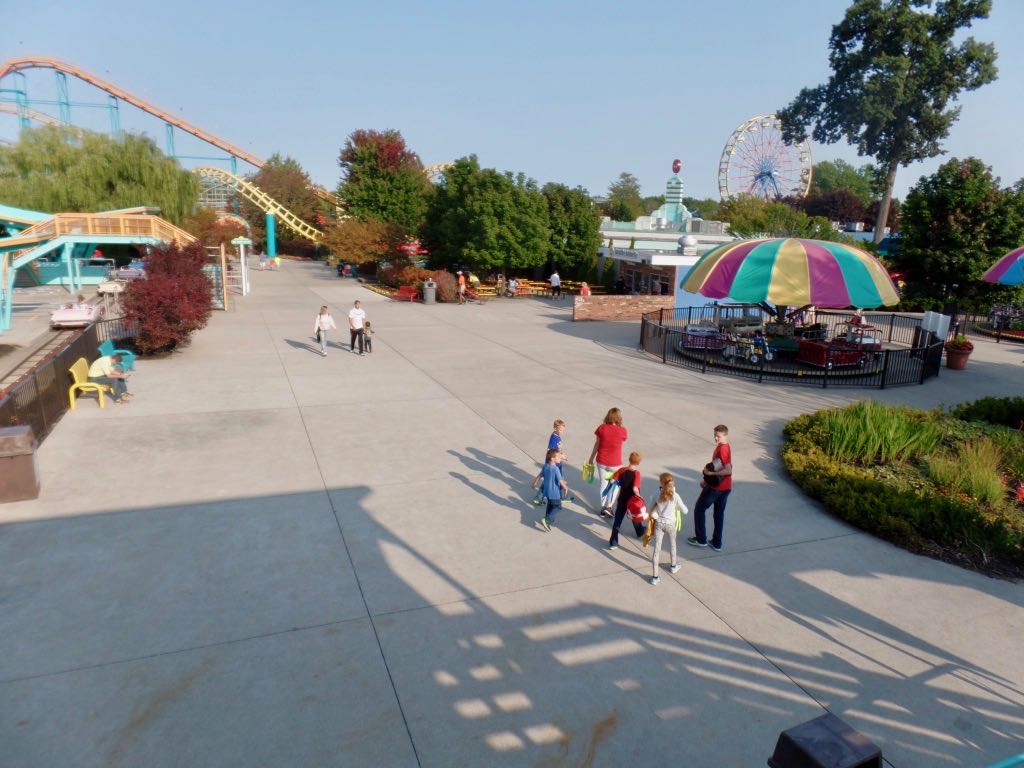 Michigan's Adventure hasn't got a strongly defined midway, but here's at least some of the attractions including the Corkscrew roller coaster as seen from the launch station for Zach's Zoomer, their junior wooden roller coaster and a good way to introduce kids to serious roller coasters. 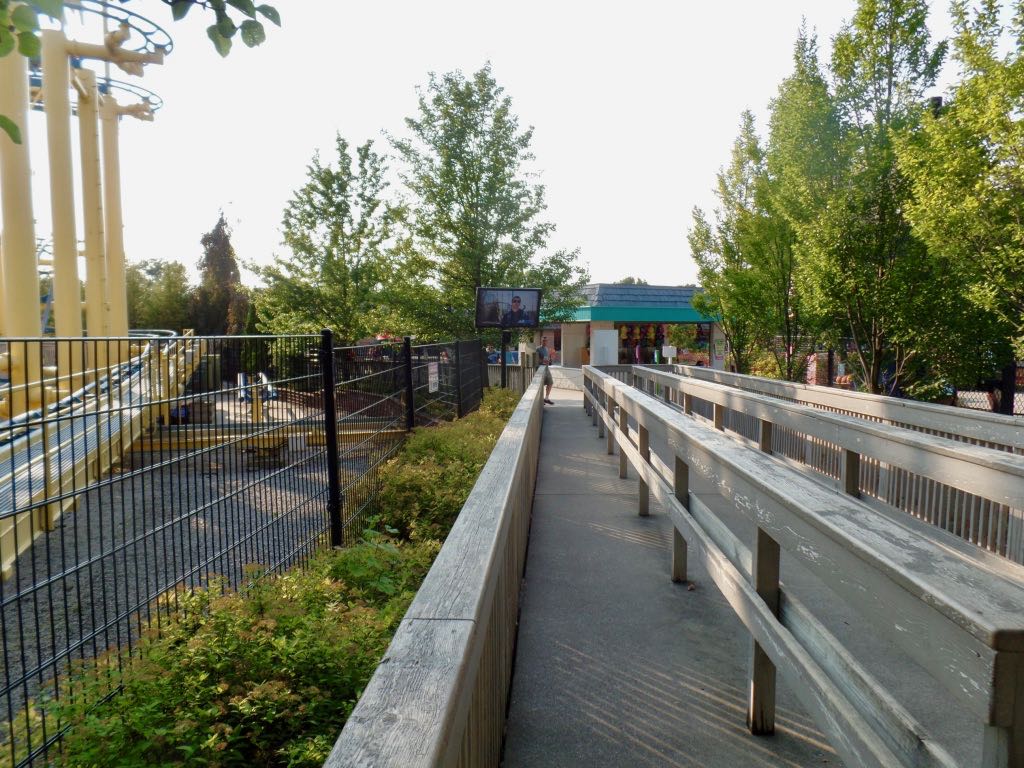 Ride operator closing off the gate to Mad Mouse just after we had got in line! Last ride of the season, woo-hoo! 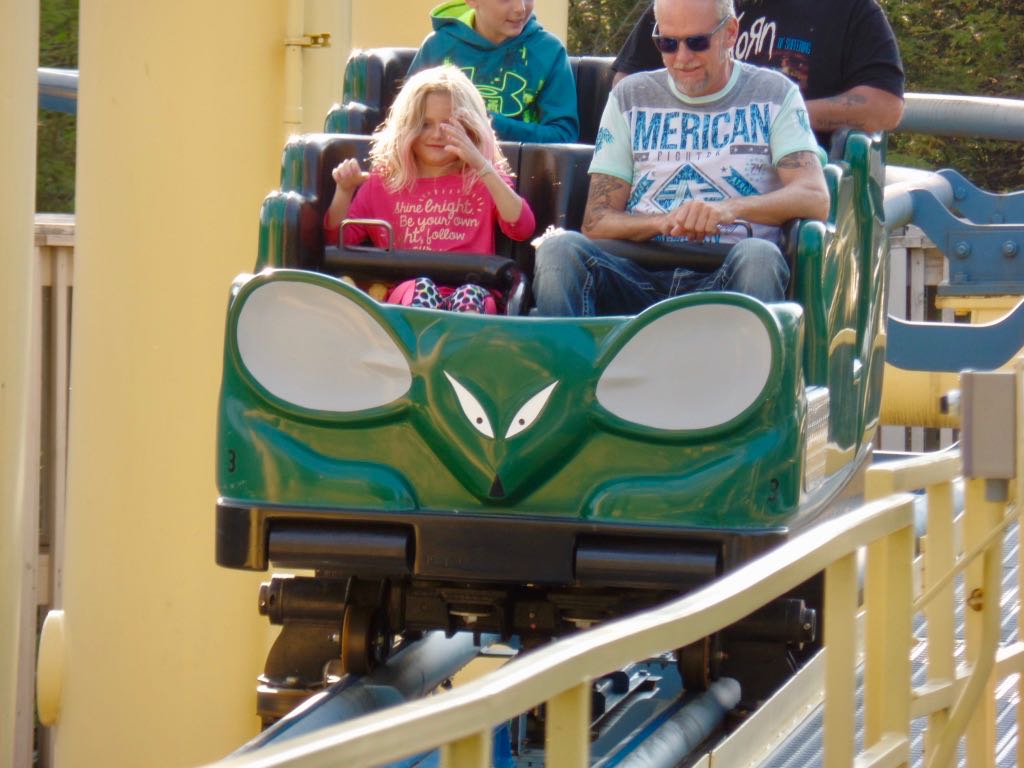 The Mad Mouse car that would carry us on the last (passenger) ride of the year. 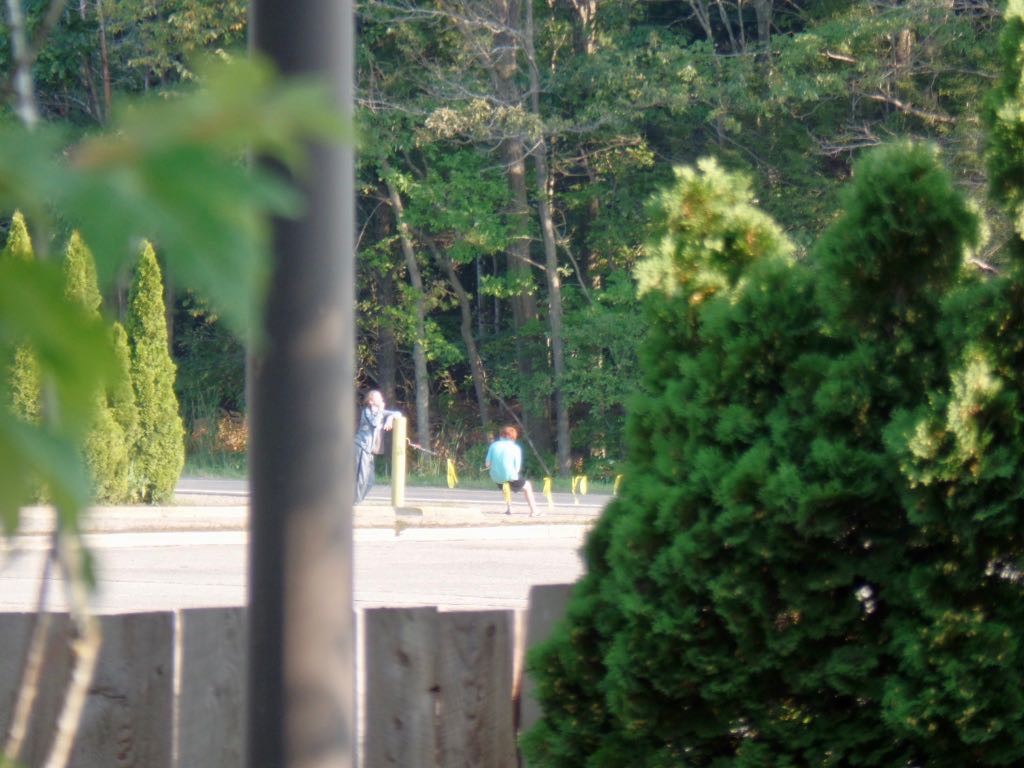 People hanging out at the entrance to the parking lot, presumably to warn them off coming in now that the season was over. Also a testament to the quality of my camera's optical zoom, surely digitally assisted here, because the spot photographed had to be like a half-mile away. 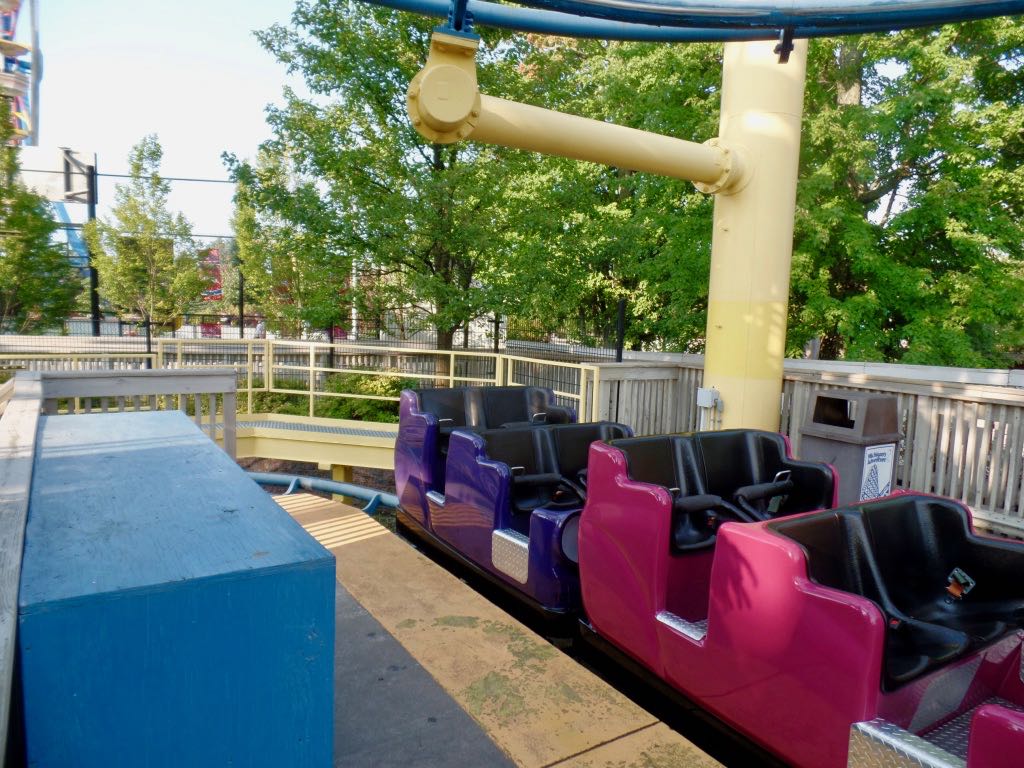 The end of the 2017 season at Michigan's Adventure. Mad Mouse cars sitting idle, apart from test or staff runs, until the coming May.

Trivia: Something like one and a half million ethnic Czechs attended some 140 open-air mass rallies in Austria-Hungary between 1868 and 1871. Source: The Age of Capital, 1848 - 1875, Eric Hobsbawm.