One way or another I'm gonna find ya

Back in December we had the quite gentle catastrophe of the DVD player breaking. This messed up our plans to do things like watch A Charlie Brown Christmas at our leisure. Well, we carried on as bravely as possible and then dealt with it when we had time, which wasn't until a couple weeks ago. You know how it goes.

I mentioned getting the Blu-Ray player, and watching Watership Down to break it in. What came before that was a lot of fiddling around getting it set up. We got a nice, cheap Blu-Ray player, one without any separate audio port, just HDMI cables. And that's all right except we don't use the TV speakers. We have a separate, component stereo system. It's been doing good service for twenty(?) plus years now, so we weren't looking to replace that. But how to get audio from that? Any proper HDTV set has some audio output. But ours just had a single, mono-channel output. We don't really know why. Our suspicion is that this is because we have a former hotel TV, snagged by a friend when it had gotten replaced, and maybe hotel TVs are made to rinkier audio standards.

Things got worse with

bunny_hugger finally buying a Nintendo Switch. The system looks good and it's already got a couple games she's eager to play. But it also has an HDMI output to the TV. And no separate sound output. Oh, also the TV has only two HDMI inputs, one of which would be for the DVR anyway. We could put up with switching cables around, but would rather not.

The answer to having more HDMI things than inputs would be getting a signal switcher, of course. And better: I found a switcher that also split audio signal off. So we could set up all of our new signal-producing stuff, and connect it to the component stereo. This has turned out to be pretty convenient. Since the satellite DVR, the Blu-Ray, and the Nintendo Switch all go to the same audio feed we don't have to deal with switching the sound inputs anymore. Which is great because I never had more than about a 20% chance of switching to the right sound input anytime, the way we'd had stuff set up before. The switcher also really wants to switch automatically to whichever device got turned on most recently, which is hard to beat.

We had two missteps along the way. One was my buying an redundant HDMI cable from Best Buy, when

bunny_hugger had one coming in. Also since it turns out the HDMI switcher needs electric power we ran out of power plugs. We'd had to buy a new power strip. ... Which is probably all right; the one we had was .. some number of years old. And the new one is better laid out, too. We have fewer spots where a power brick or oversized plug interferes with the neighboring electric devices.

So, overall, everything is working at least as well as it did two months ago, and there's even been parts that are working better. It's a February miracle.

Trivia: In 1850 Manhattan had about sixty piers, wharves, docks, and slips on the East River south of 14th street, and around fifty more on the Hudson Rider. Source: Gotham: A History of New York City to 1898, Edwin G Burrows, Mike Wallace.

PS: Next in my photo roll? The late-September birthday visit to Kokomo's Family Fun Center. 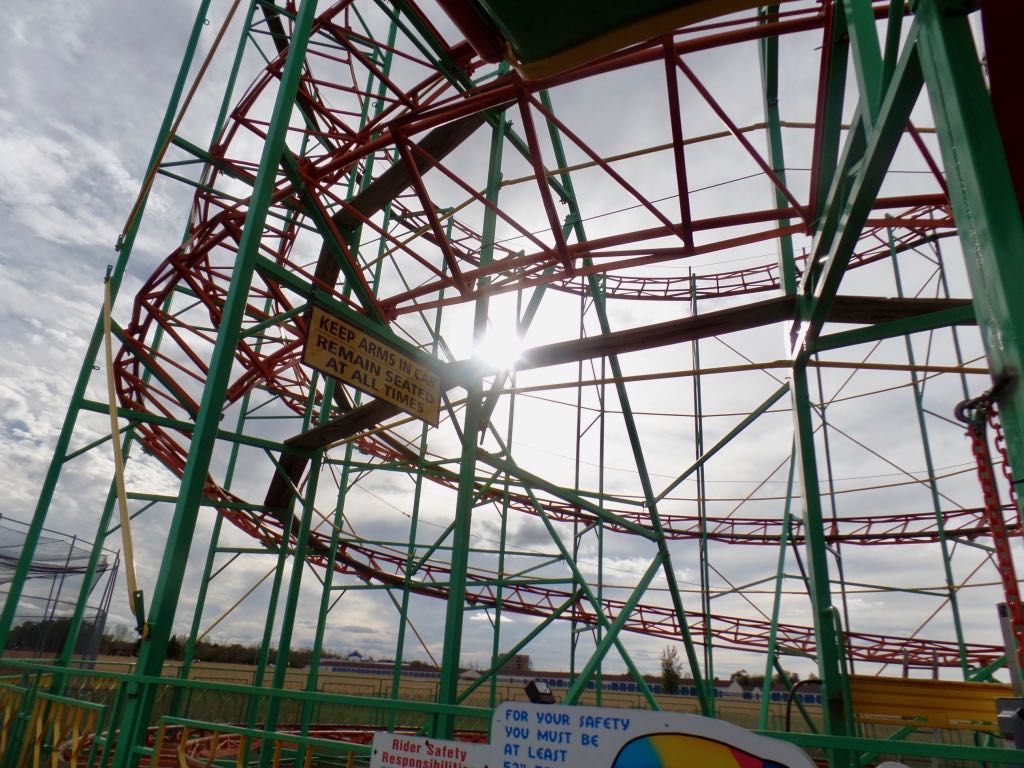 Kokomo's family fun center has the nearest permanent roller coaster to us, The Serpent. (At least the nearest that isn't clearly a kiddie coaster, a Wacky Worm or its like.) Here, the sun eats one of its support structures. 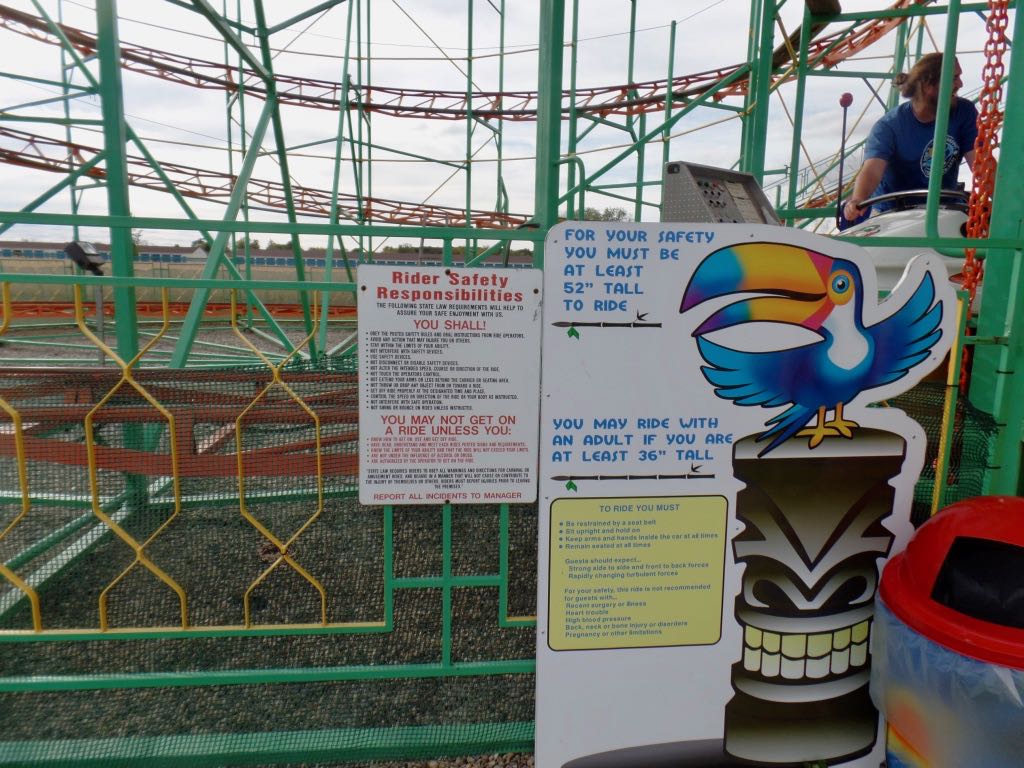 Rider safety instructions for The Serpent, also showing off the toucan mascot of Kokomo's. 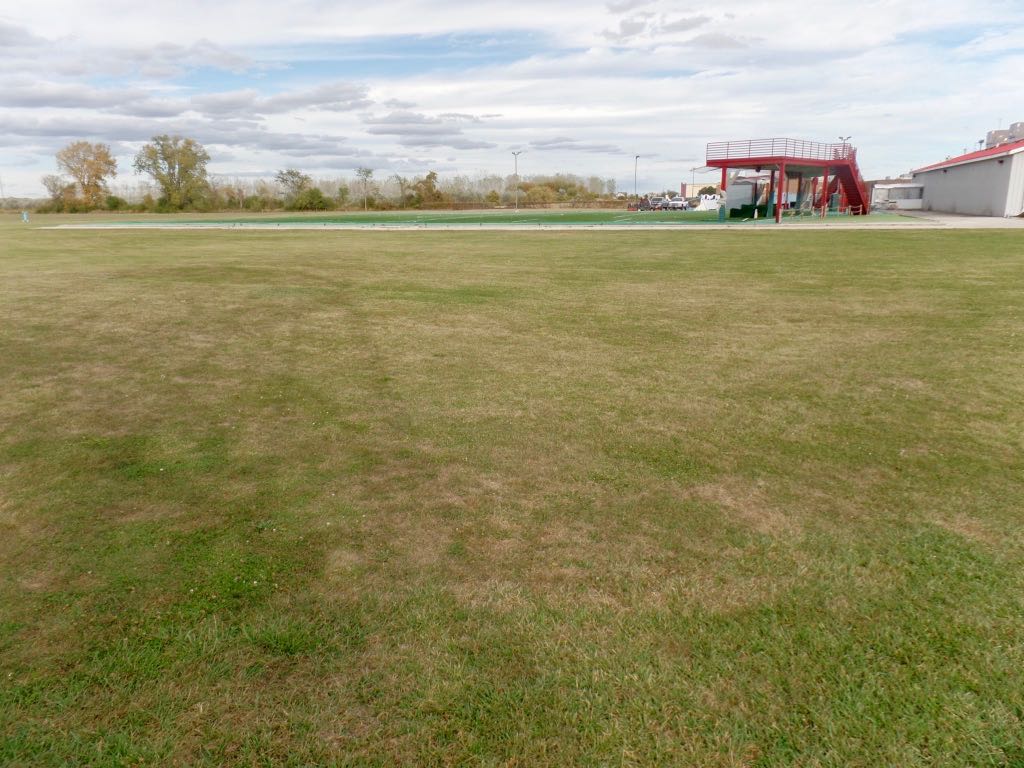 The Serpent is a fair bit away from the main building of the fun center. It looks much like they figured they'd expend to fill the space in-between. The structure here's a driving range that, the year before, had been inside a large (inflated?) dome which has since vanished.