bunny_hugger's parents were organized enough to set their birthdays on successive days, just before Valentine's Day. Makes it hard to forget to send a card to one and not the other. It also makes for a good reason to visit mid-February. Especially now that the state pinball championship isn't on that weekend. We took this past Saturday to see them. This did make us miss a pinball event, one in Bay City. We were sad to miss it, since it was being held in part as a birthday party to some people who've been to some of our pinball tournaments. But we can't go to everything. And it turns out the event got dramatic and stressful in ways that wouldn't have been fun to watch, exciting as they are to hear about from afar.

bunny_hugger's father wanted to go to the Olive Garden and we were happy to go along with that. It's not our choices of restaurant but, after all, it's not our birthdays. We're not sure whether her mother was happy with that choice or just went along with it. Anyway it's a decent enough restaurant, frantically busy when we arrived. And it's got more vegetarian dinners than we realized, bearing in mind we've eaten there like twice.

bunny_hugger's father insisted on picking up the check, for all that we protested. We've tried before to pay for dinner, especially at things like birthday or anniversary diners, and we can't get it to work. He's promised we can pick up the tab for their 50th anniversary dinner, in about three years. Mm. We at least were nearly able to bring a coupon for a free appetizer. At least

bunny_hugger filled out the web site form to get one by e-mail. It arrived twelve hours too late for us to use, but maybe they'll visit again before the coupon expires.

Afterwards we went back to their house. Partly for dessert; her mother had made a banana cake that was great. And partly to hang out. Make their dog even more nervous than he always is. And we tried playing the first chapter in that Mice and Mystics expansion set again. Last time we thought we had made a mistake by, early on, using a game mechanic that let us skip fighting some easy villains early on. But that also foiled our chance to earn game mana (wedges of cheese) early on. We didn't make that mistake this time. We made different mistakes, particularly in trying to hard to manage a side achievement that we wasted game time, and let two characters get captured. Well, the experience was worthwhile, I think. After the game was obviously lost we went, at my encouragement, to a side quest. The point there, besides not giving up before we've actually officially lost, was to get some experience with the weird way that room set up the movement of the bad guys. I think we figured out a good approach; we just didn't have enough game time to make it work.

It's comforting to see them, and visit them, this way.

Trivia: In 1935 the Works Progress Administration had three geographic classifications for wages, reflecting the higher cost of living in states such as the industrial Northeast, the Midwest, and California, compared to the lower expenses of living in the South and more rural areas. Source: American-Made: The Enduring Legacy of the WPA: When FDR Put The Nation To Work, Nick Taylor.

PS: Some more at Kokomo's. Kokomo's has a great miniature golf course. This visit, I started taking a lot of weird, often low-angle, shots of the course. Here's one of the water hazards outside of bounds. 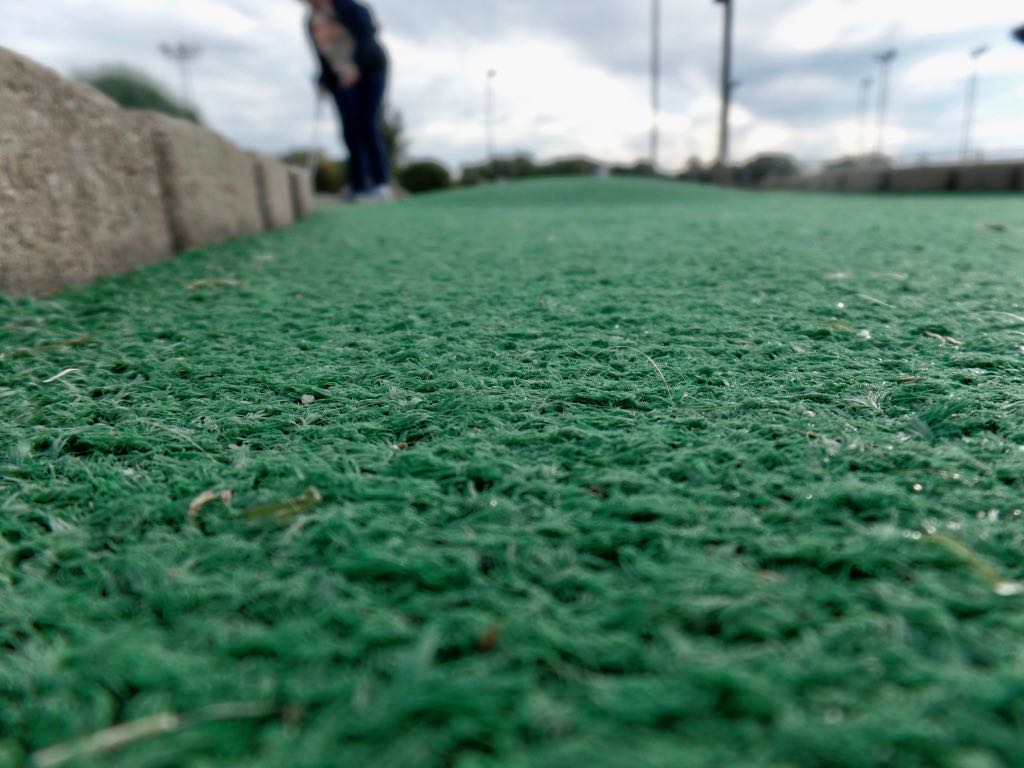 Told you I went for low-angle stuff.

bunny_hugger gets ready for a good long putt. 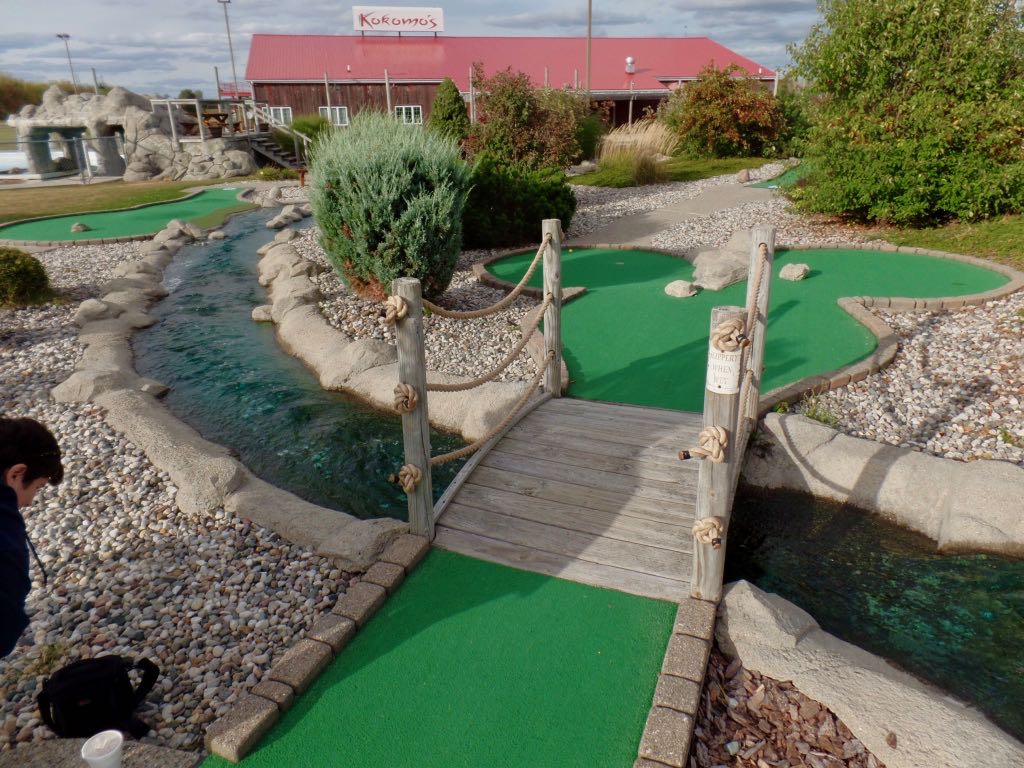 So this is the sort of weird course they have. Odd enough to have to putt the ball over this arched bridge. Why the Mickey Mouse ears on top of the end of the course there? Hard to say. But on the upper ear there's a suspicious large rock sitting in the middle of the green. Underneath the rock is another hole. My best guess is the hole for this course used to be on that, upper, circle. And the middle- and lower-levels would be where your ball gets stuck if you aim at the hole badly, or over- or under-shoot. Then at some point they decided that was too much, and moved the hole to the bottommost disc, and covered up the upper circle. It leaves the upper disc pointless, and something foolish to even try shooting at. But there's a lot of holes like this, with evidence of changed and relocated holes and, thus, weird cul-de-sacs in the course.