I had a great week on my humor blog. Like, one of those weeks where I feel like concepts landed better than they usually do. Will it last? No, but I'll enjoy it while it does.

And now let me finish off the trip to Kokomo's we had for my birthday, 2017. 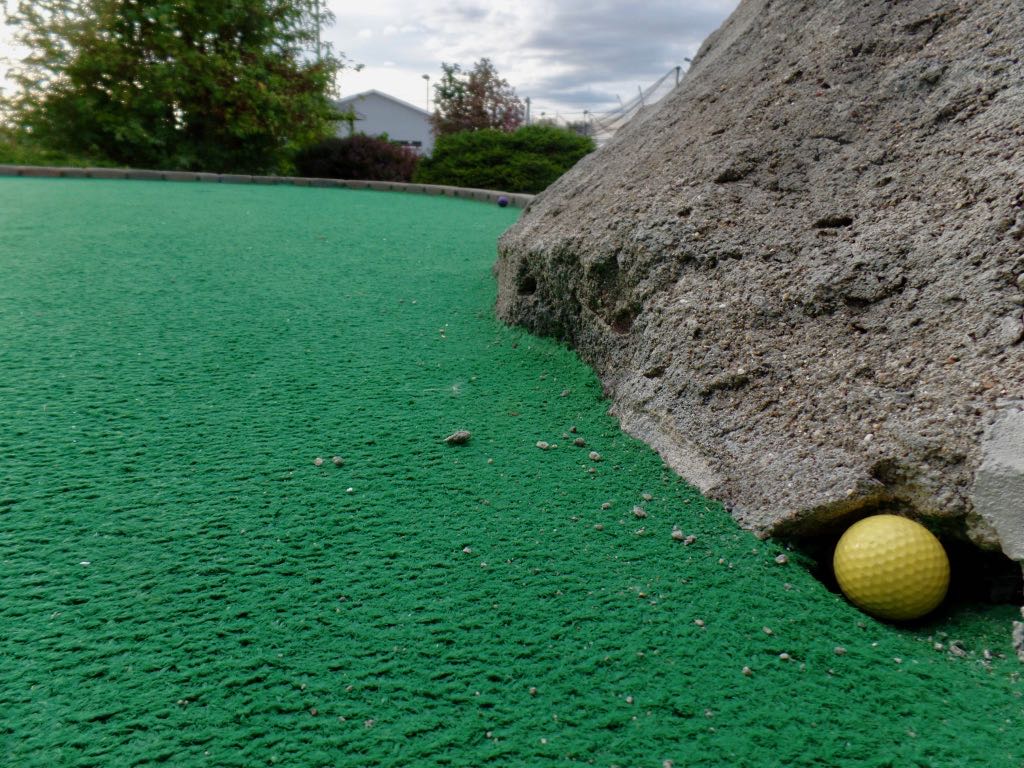 Now that's an unfortunate lie. My ball, stuck, at the waterfall hole. The hole's in the distance center-left and the ball's fallen into a little spot chipped out of the rock. 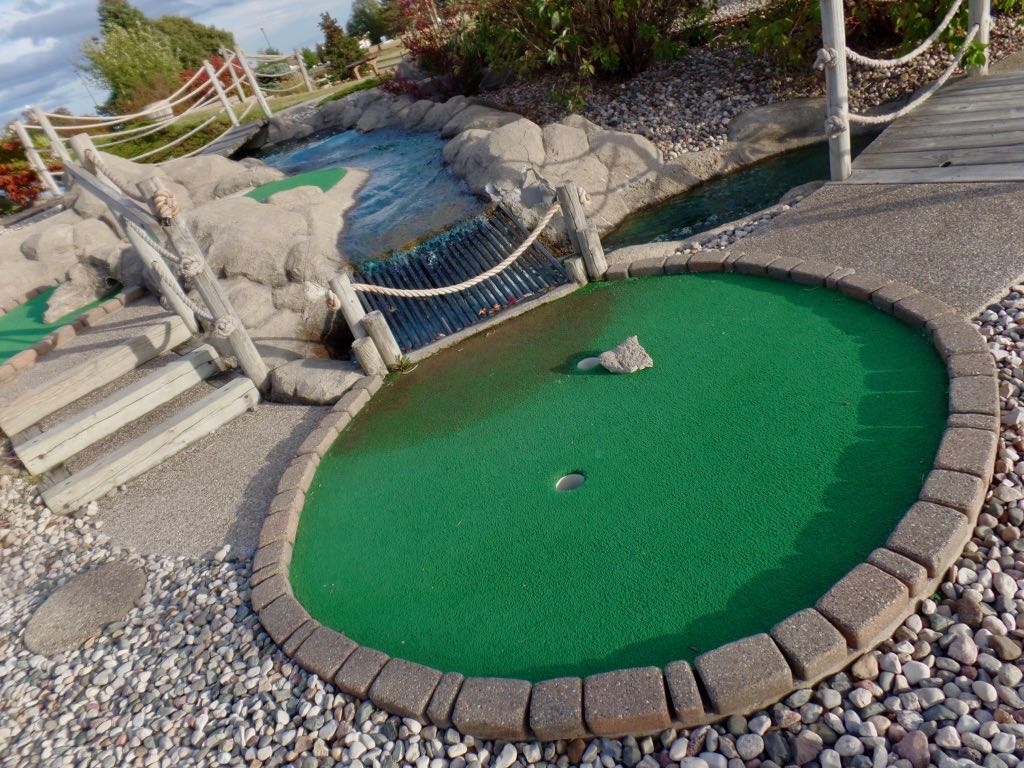 Another curious hole at Kokomo's. Besides the secondary hole that's normally covered by that rock, this is one you have to shoot your ball into the water for. The river carries it down to that metal grate from which it falls back into play and you ponder what the out-of-bounds rule even means in a case like this. 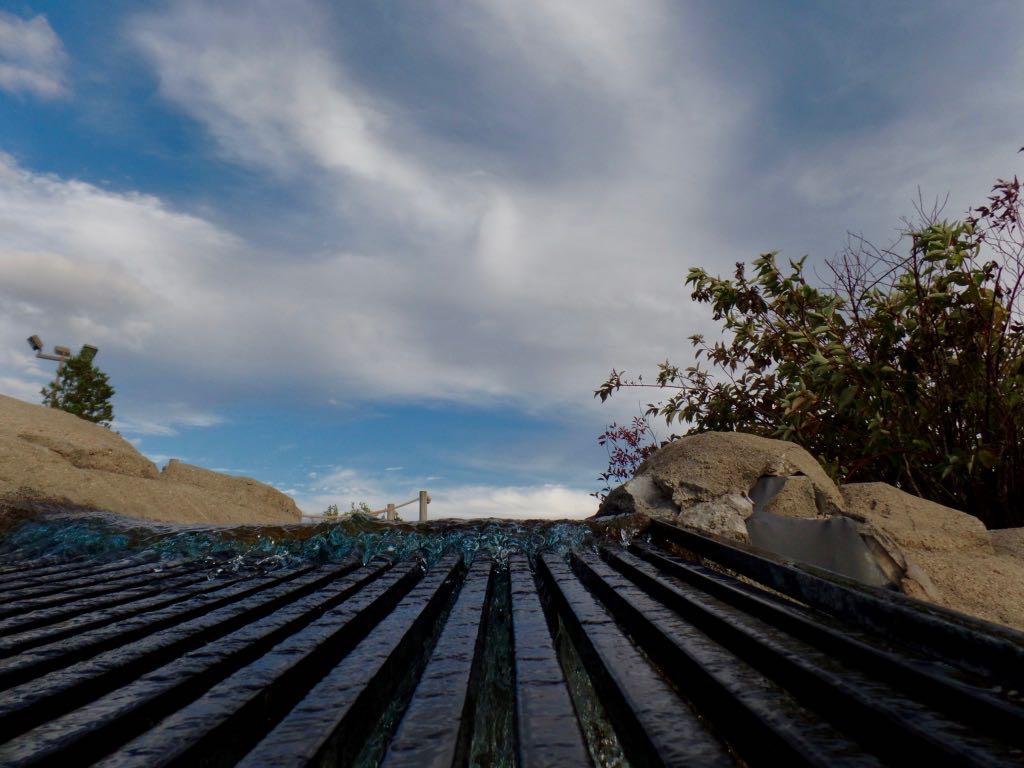 View up the metal grate, posed so that the water looks like the alien goo monster from a movie that uses too much CGI. 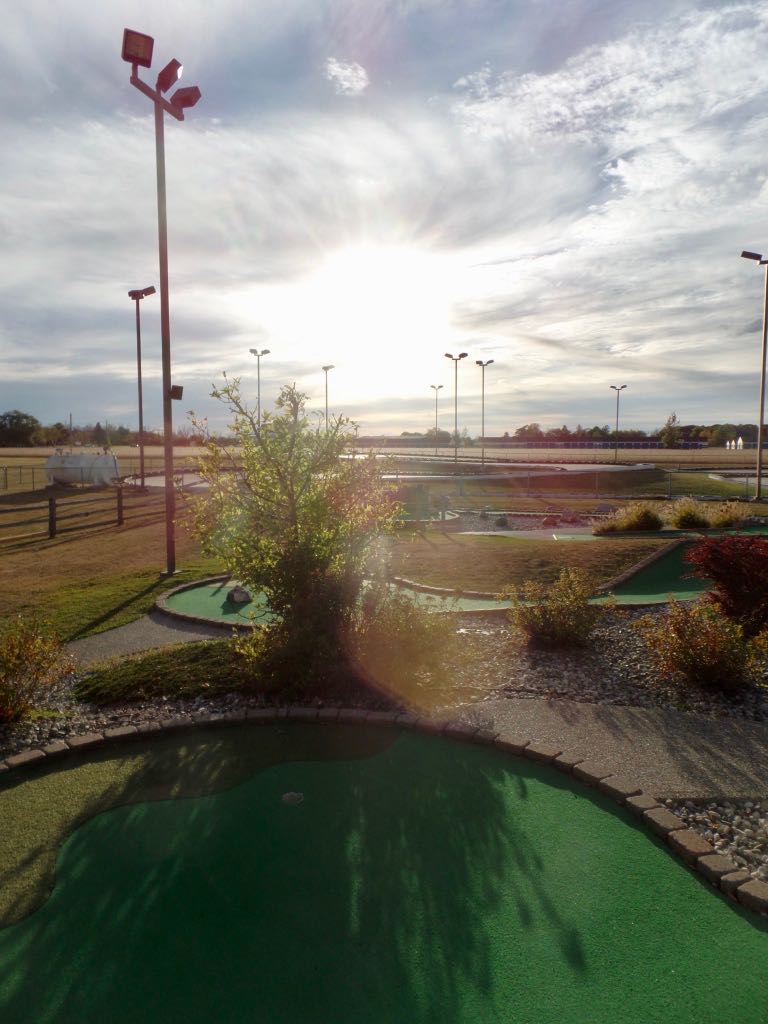 Evening sun over the miniature golf course and the go-kart track past that. 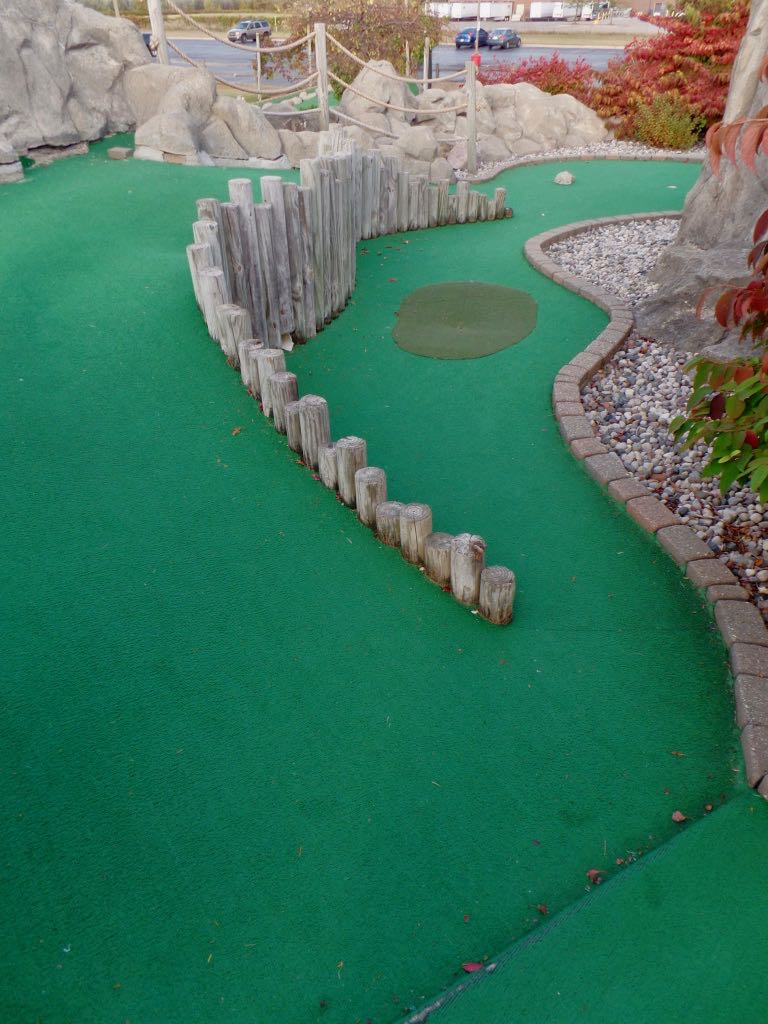 Another mysterious hole. In the dark green there sure seems to be the remnants of a former hole. There's a couple tunnel spouts in the upper part, on the left, which lead to roughly its area, too. The current hole is in the distance on the right, although again, there's another former hole covered by a rock. Also the tunnel entrances up top are covered by rocks so you can shoot either way up and hope to get over the hill, or you can try making the incredibly tight shot to the right, along that low road. It's challenging and weird. 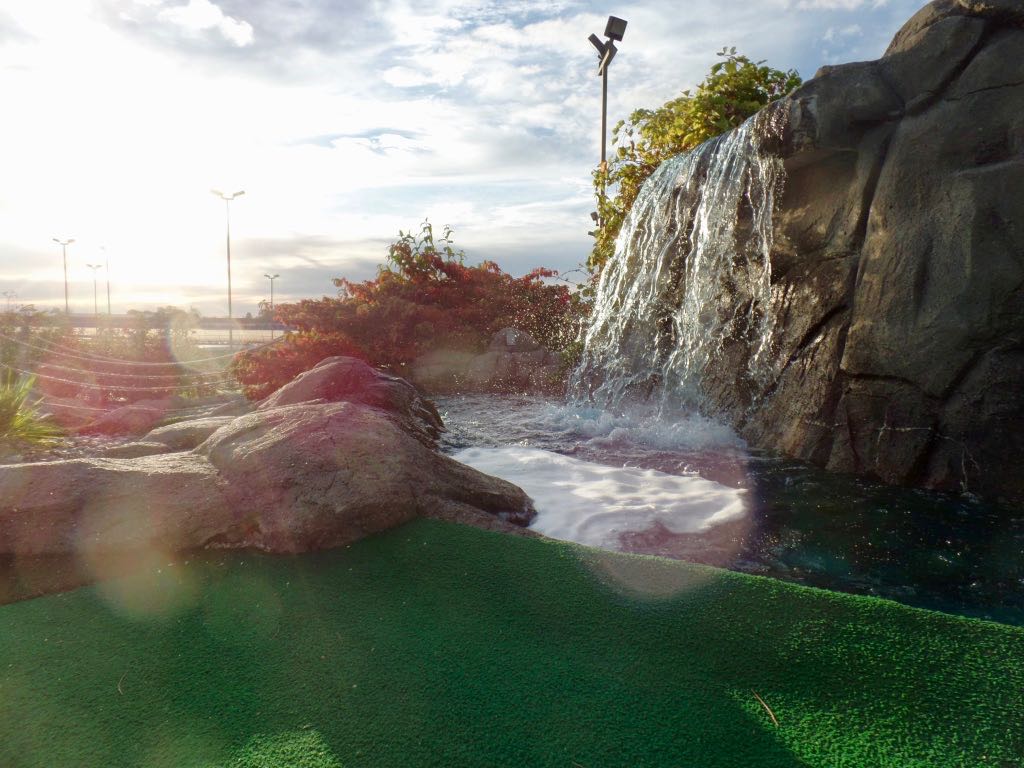 The other side of that waterfall hole. There's a ghost hole here, too, just before the tiny hill and the water line. The current hole is in a lower section off to the left of camera. 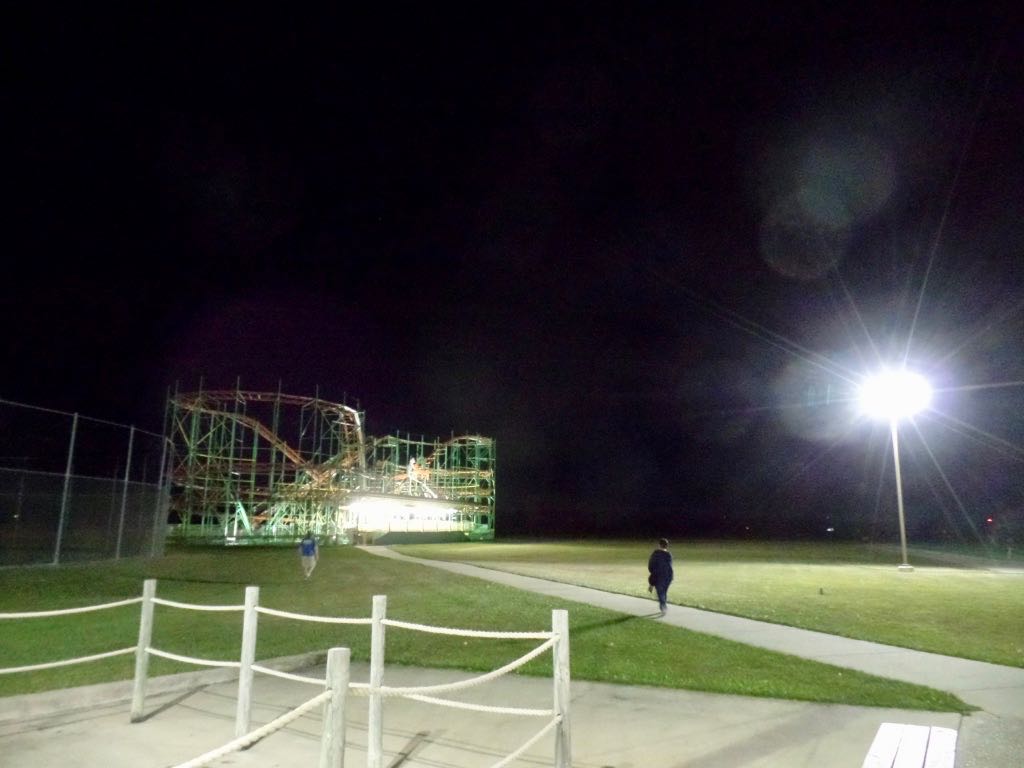 At the close of the day, The Serpent draws

bunny_hugger and a staff member into its clutches. 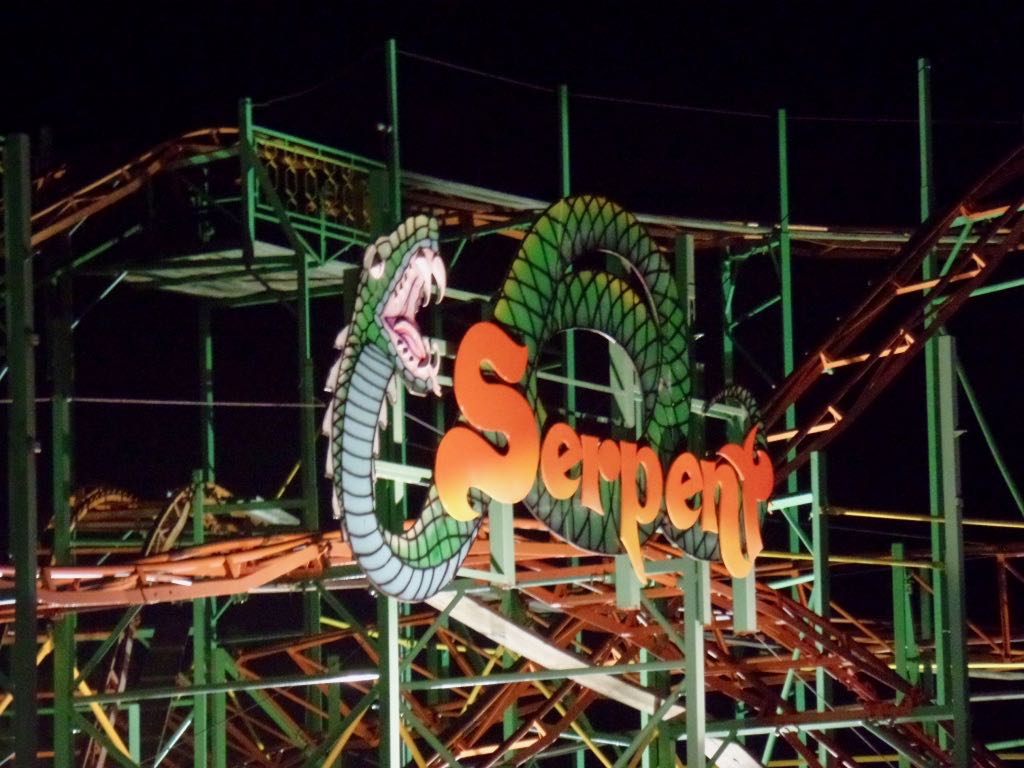 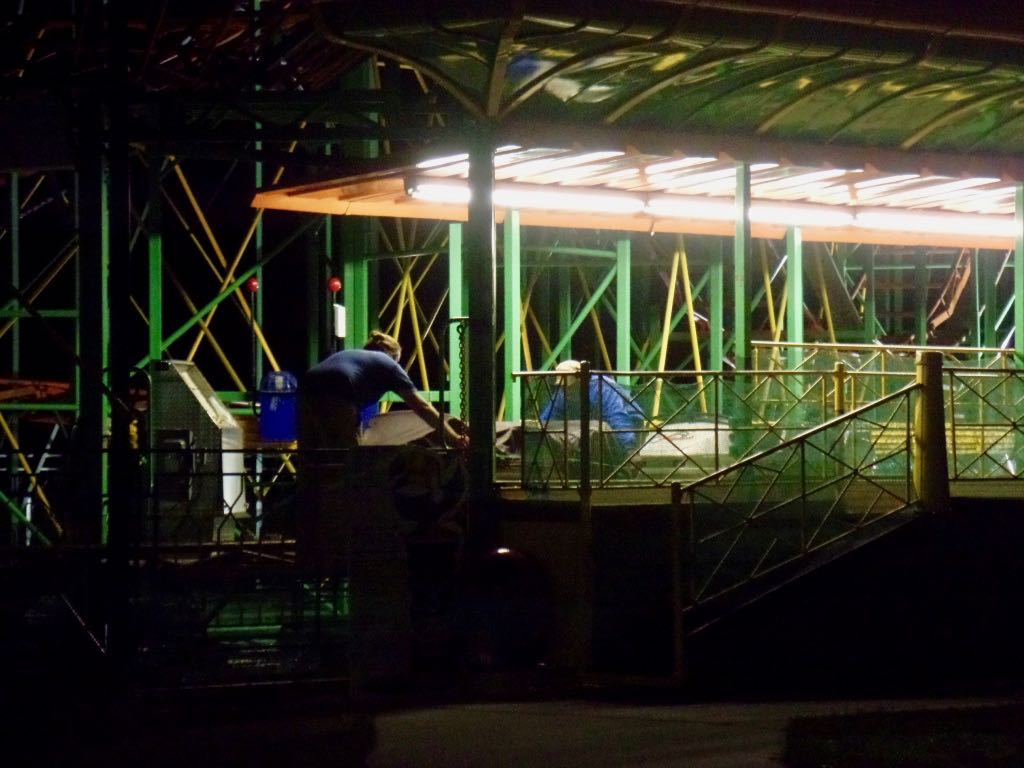 Staff putting the roller coaster cars back in place after we were done and really the night was over.

Trivia: There are about 1,400 Greek islands, of which two hundred are inhabited. Source: Prisoners of Geography: Ten Maps that Explain Everything About the World, Tim Marshall.

Currently Reading: Gemini Flies: Unmanned Flights and the First Manned Mission, David J Shayler. So, British writer, which allows for some semi-academic fun. He mentions a meeting held the day after Christmas 1961, and footnotes that as ``in the United States, December 26 is known as `The Day After Christmas' and is not always recognized as an official holiday.''