Nobody knows who you are

And we've finally been getting to movies again. We had passes to see a movie at Celebration Cinemas, from some show that got interrupted. I think it was from a showing of Nausicaa and the Valley of the Winds that started with the wrong film. We haven't been seeing enough movies. It turns out the passes expired after one year. And expired back in September. We failed to notice. Well, we can still go to movies on our own.

So we went to see Spider-Man: Into The Spider-Verse, which we had talked for about two months about thinking we should go see and never quite got around to seeing before. Mind, we were ready, back at the mall's Chinese New Year celebration, to go see it then, but we started getting snow and stayed in instead. This time around, nothing got in the way, and we could go to the theater that has Freestyle Coke machines.

We had a great time. I'm delighted that the movie's got visual style, particularly. There's this slightly weird patterning to the main characters, to start out, and it evoked to me the look of paper grain. This without being too literally paper grain. Over the course of the movie there's characters from different Spider-Man-based universes that pop in, and each of them gets their own style. It's ... well. I was starting out to say it's beautiful to watch, but that's not quite so. It's beautiful to have this variety of styles. Whether any of the styles works is a matter of taste and I can't say someone who doesn't like the mock-paper-grain style. Especially when it's set against photorealism in the streets and inanimate objects and such.

One piece I particularly liked was a subtle bit of characterization. The movie starts with the 26-year-old Peter Parker, and yes, he quips merrily in the way that made Spider-Man an appealing character. But his jokes aren't quite ... you know ... all that good. The joking is a little dumb in the way that 26-year-olds make dumb jokes. That's skilled writing, though. The 40(?)-year-old Peter B Parker quips similarly, only better. He's got more life experience, and thinks deeper and (to my tastes) better about his situation. It's one of those deft touches that elevates the whole movie.

Not enough Spider-Ham, though. Also they missed the chance to use the Electric Company Spider-Man, although since that version was once defeated by a brick wall maybe that's for the best. On a similar don't-mention-losing-to-bricks theme there's nothing from the newspaper comic, which is fine because that would entertain me and like four other people, total.

Trivia: His first December in Vienna, Ludwig van Beethoven estimated his minimum annual expenses to be about 680 florins; he had 68. Source: Beethoven: The Universal Composer, Edmund Morris. (He had a subsidy of about 500 florins scheduled, from the Elector of Bonn, but there was the rather good chance Bonn might be invaded or completely taken by the French, too.)

PPS: So here's a handful of pictures from going to Marvin's Marvellous Mechanical Museum, the start of October 2017. This may look familiar but I've picked up the habit of taking some pictures every visit because, gosh, who knows when the place is going to evaporate like a daydream or a World's Fair, you know? 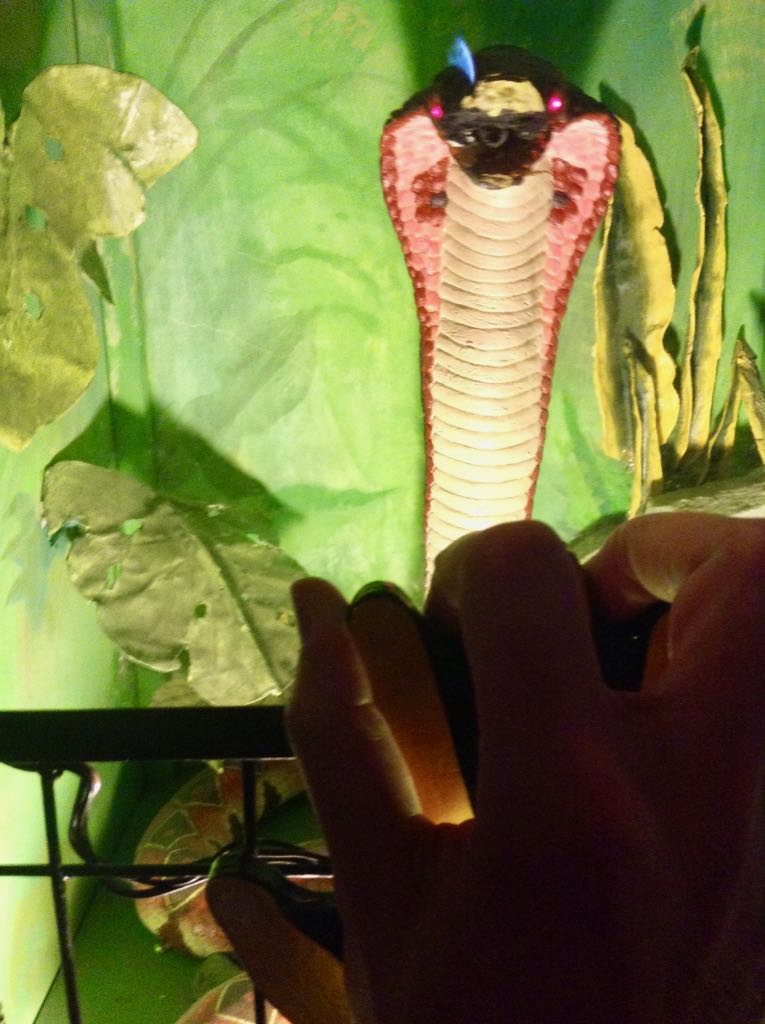 Me testing out King Cobra. It's supposed to wave back and forth and then, without warning, strike at your hands. It works about one time out of three, although it was going through a stretch where the ``hissing'' spray included some cold water, which made for a much more effective illusion. I always win a little more approval from 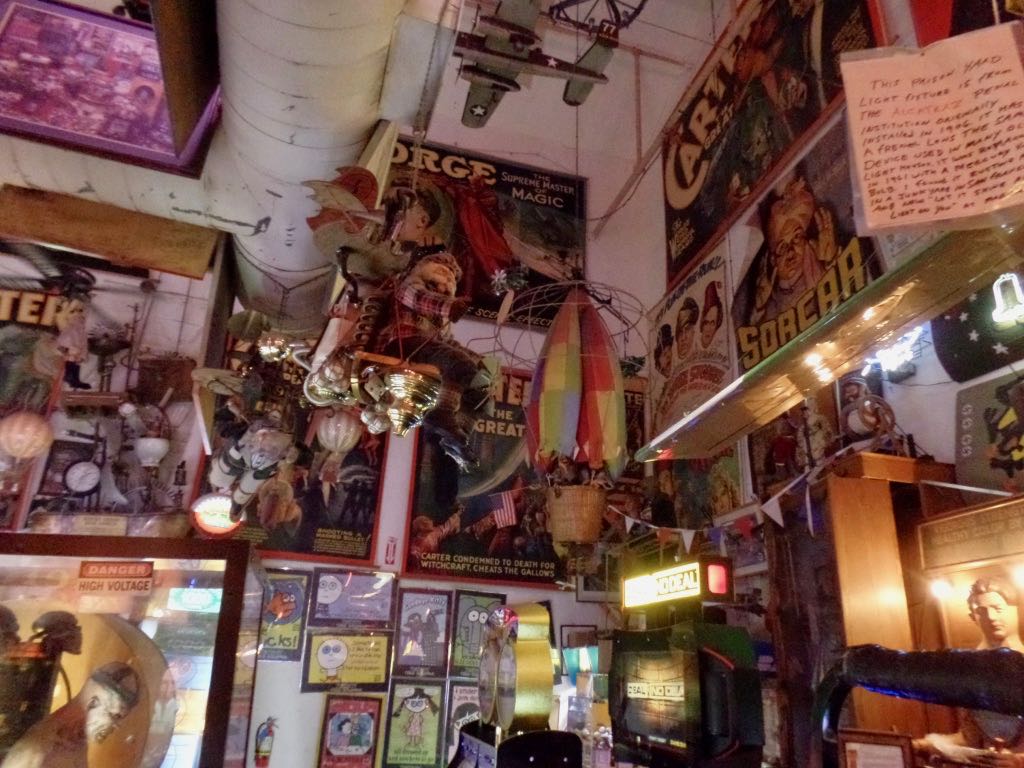 This is .. I'm going to say ... the far back of Marvin's, as I think those Carter the Great posters are in the back of the museum. Yes, that's a Three Stooges poster center-right. In the upper right of the frame is a sign claiming something to be an Alcatraz prison light fixture. True? Bunk? It's Marvin's. 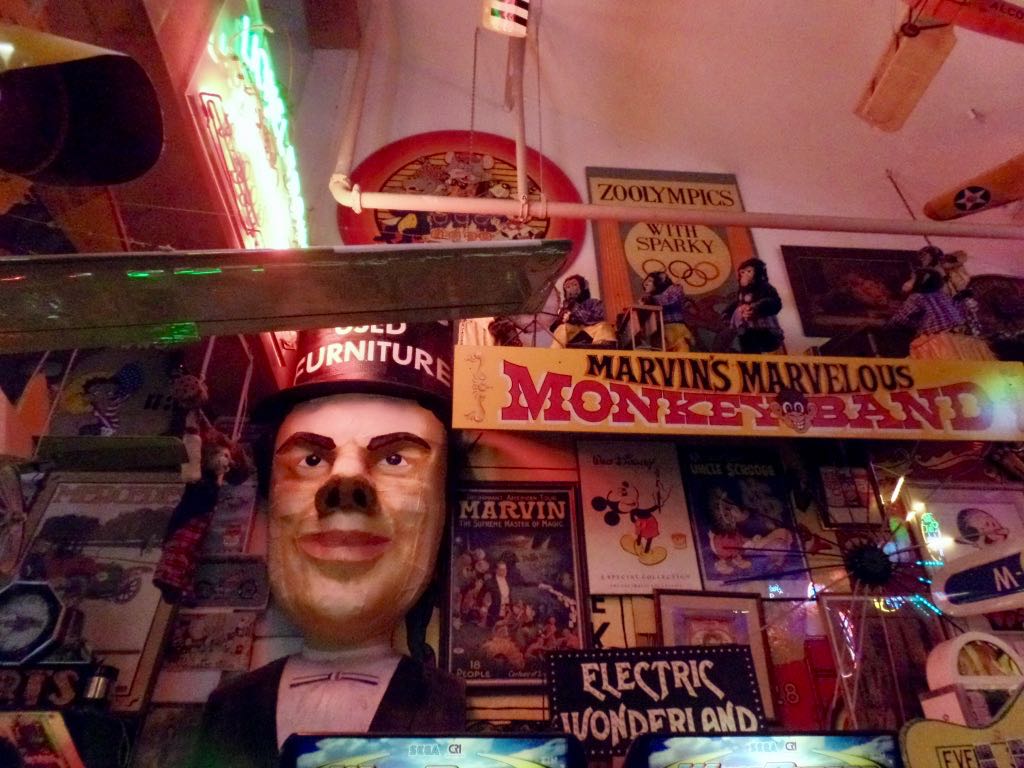 Miscellaneous wall stuff, including Marvin's Marvelous Monkey Band. To the best of my knowledge this is an immobile fixture and it doesn't perform. I don't know what the Zoolympics With Sparky poster is about. I think that's a Chuck E Cheese clock to the left of Zoolympics, though.