I've had choices since the day that I was born

OK, so, I'm again at that point where I've run out of happenings. So here's a bunch of pictures, from pinball league, an interlude from our basement, and then from the Fear and Trembling charity pinball tournament which

bunny_hugger ran in 2017. I will try to have observations or thoughts or reflections on things soon. 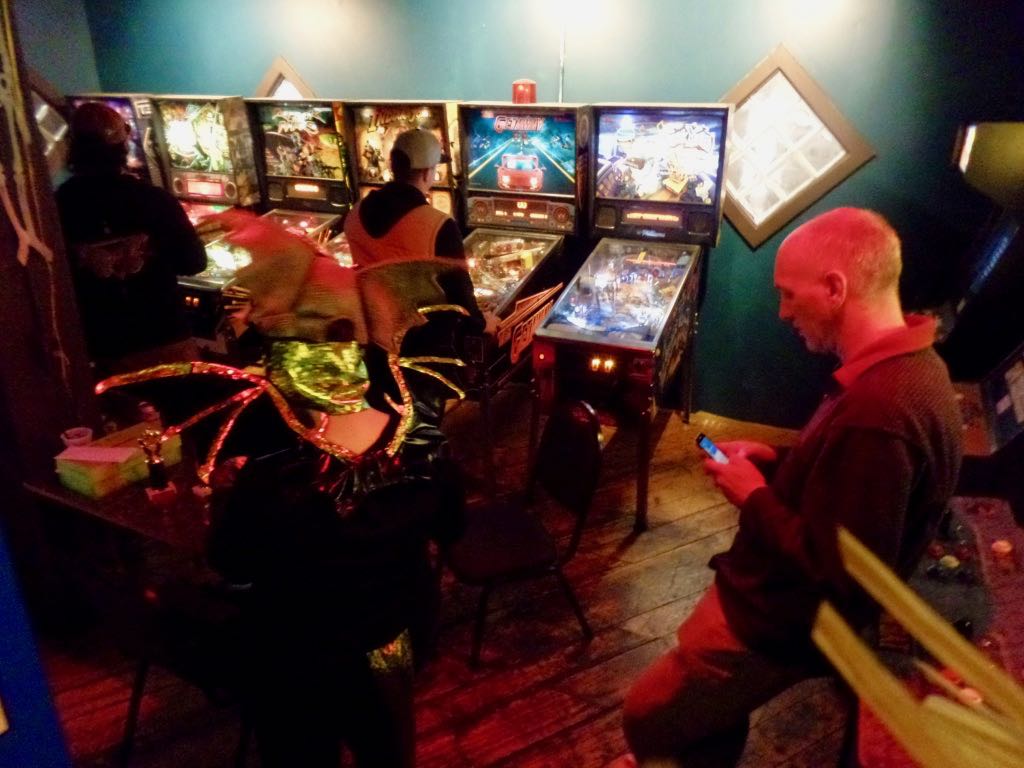 bunny_hugger went in her full dragon costume, which is not quite visible in the dim lighting here. 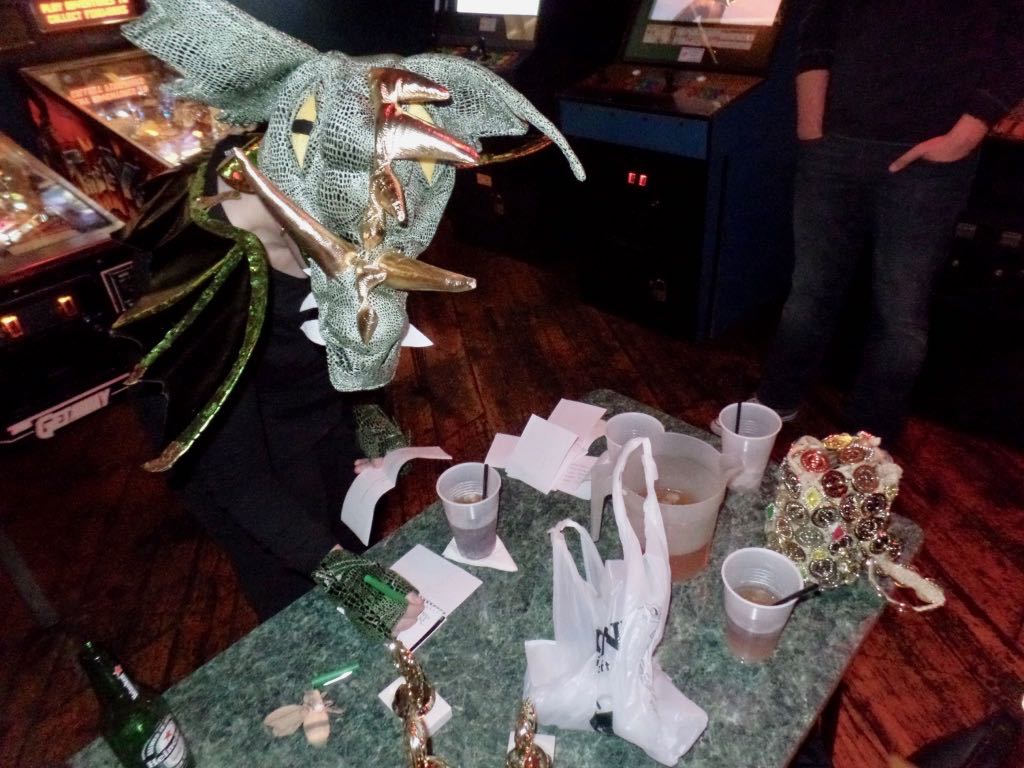 bunny_hugger logging the scores for her group. ... Also you see how this is a beer-and-pinball league. 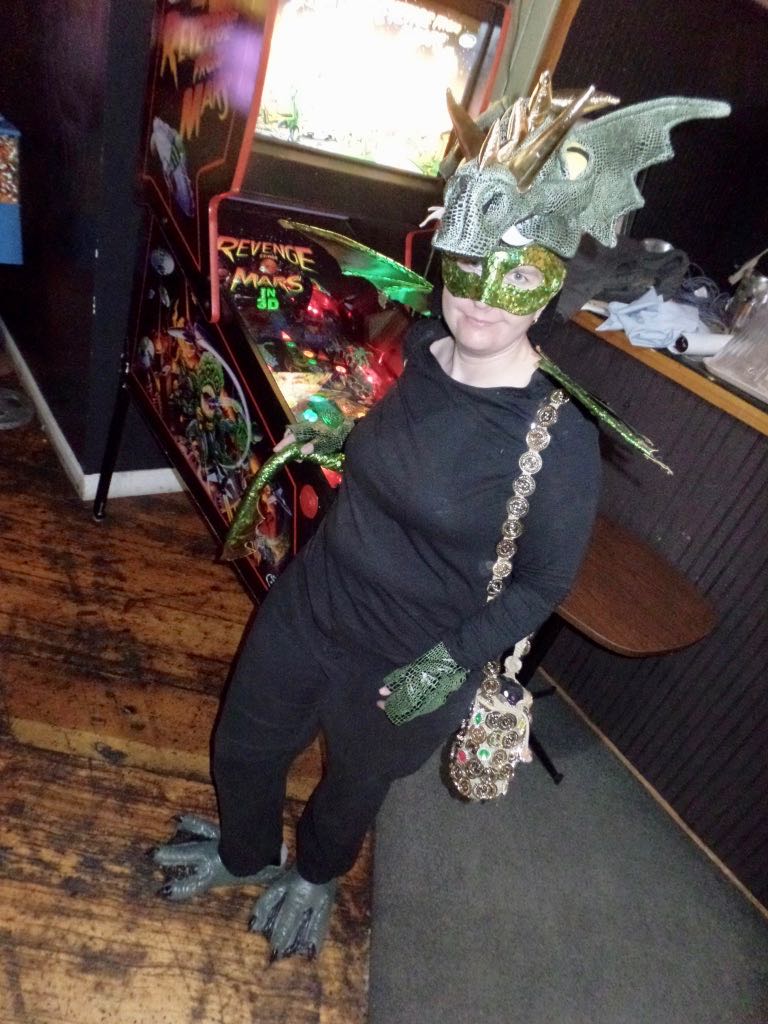 A darned good-looking dragon showing off her outfit. She made the mask, wings, tail, and gloves, and modified the feet from an earlier costume. 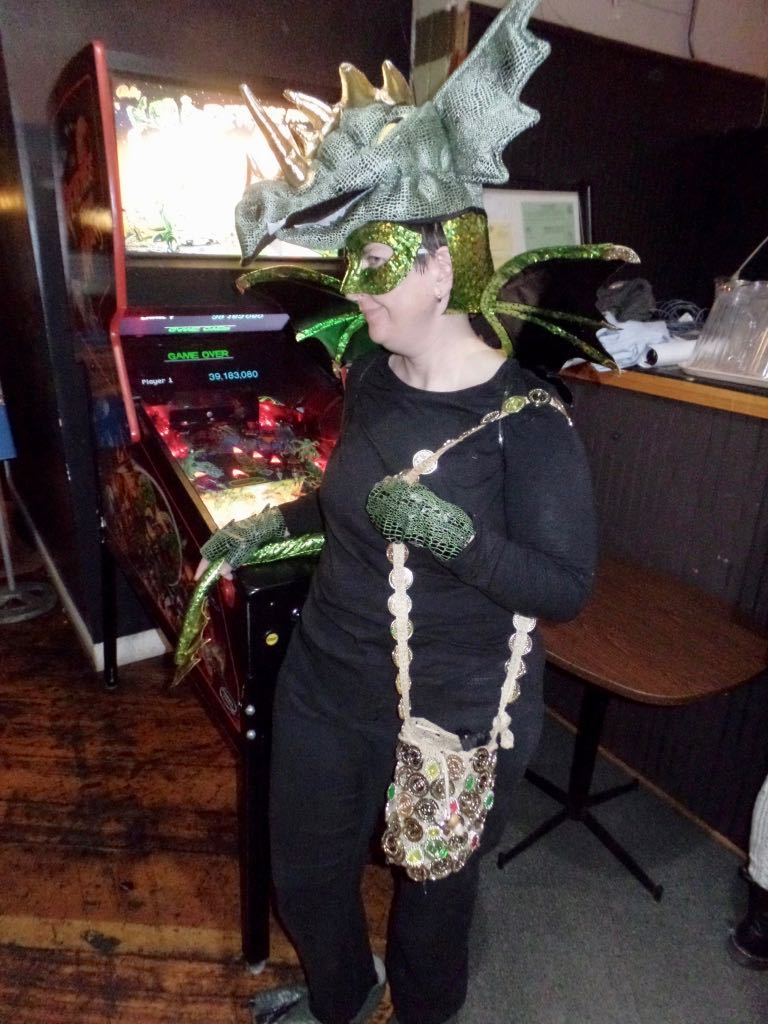 Oh yes, and her purse, covered in plastic gold coins, a touch that at least some people understood. She's also showing off her tail. 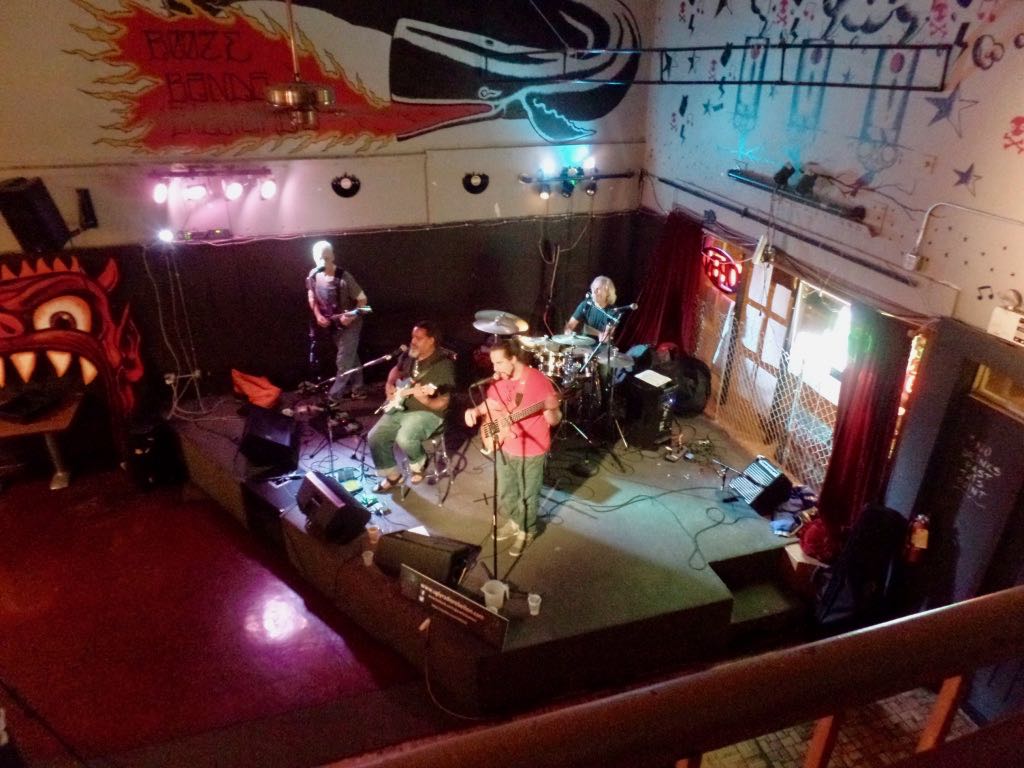 Sometimes they have bands playing, but usually only when we definitely need this to be a low-key night where there's no trouble hearing the pinball machines. 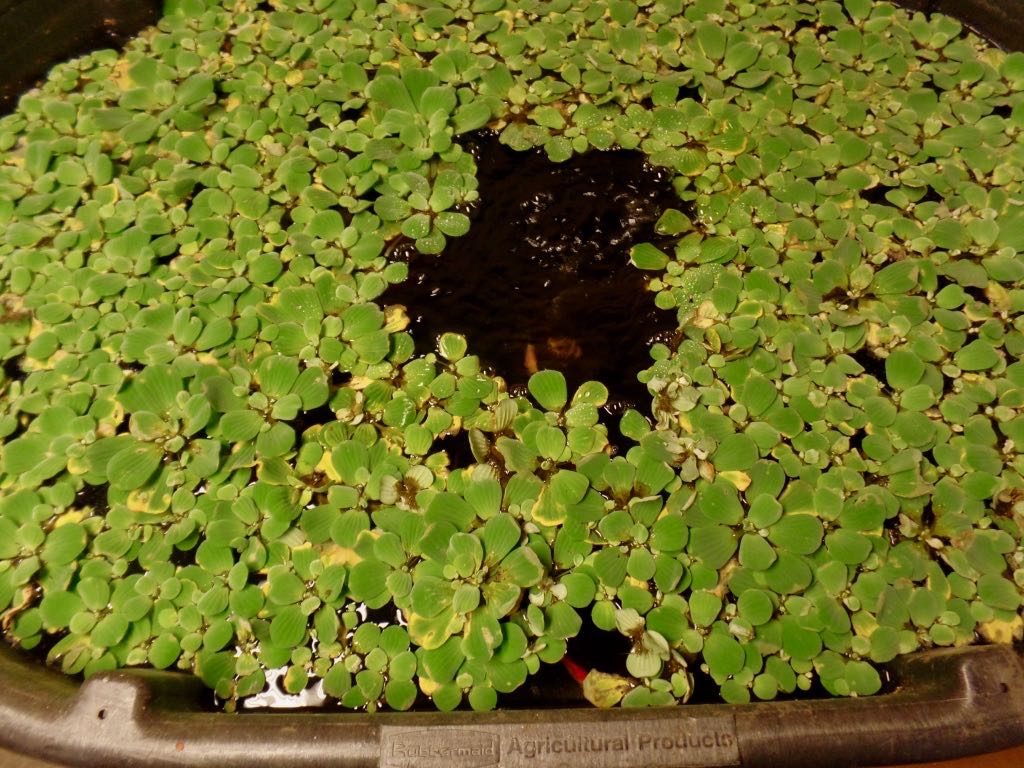 Goldfish relocated to one of the tanks inside. I also brought in a crop of water lettuce so the fish could have something to hide behind, which always makes them more comfortable, and hopefully stabilize the bacterial ecosystem. 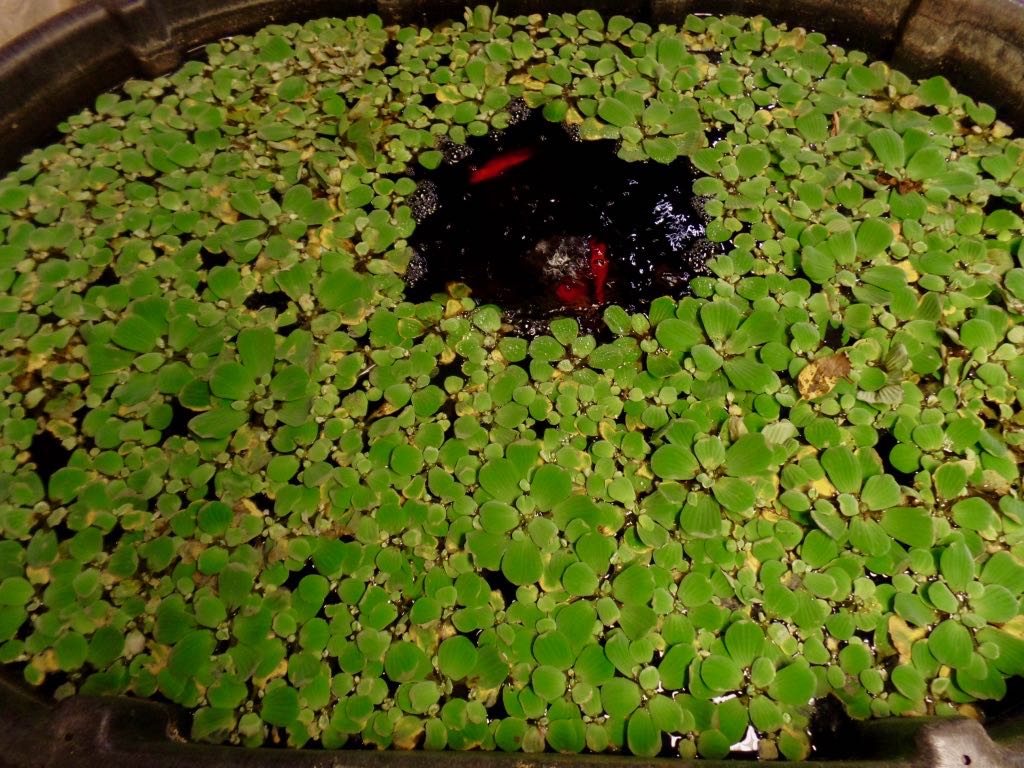 And this one is the other tank that the rest of the fish were in. Over the course of the winter the water lettuces die off and disintegrate, but by springtime there were a handful that survived. I put them back out in the pond, where those died. 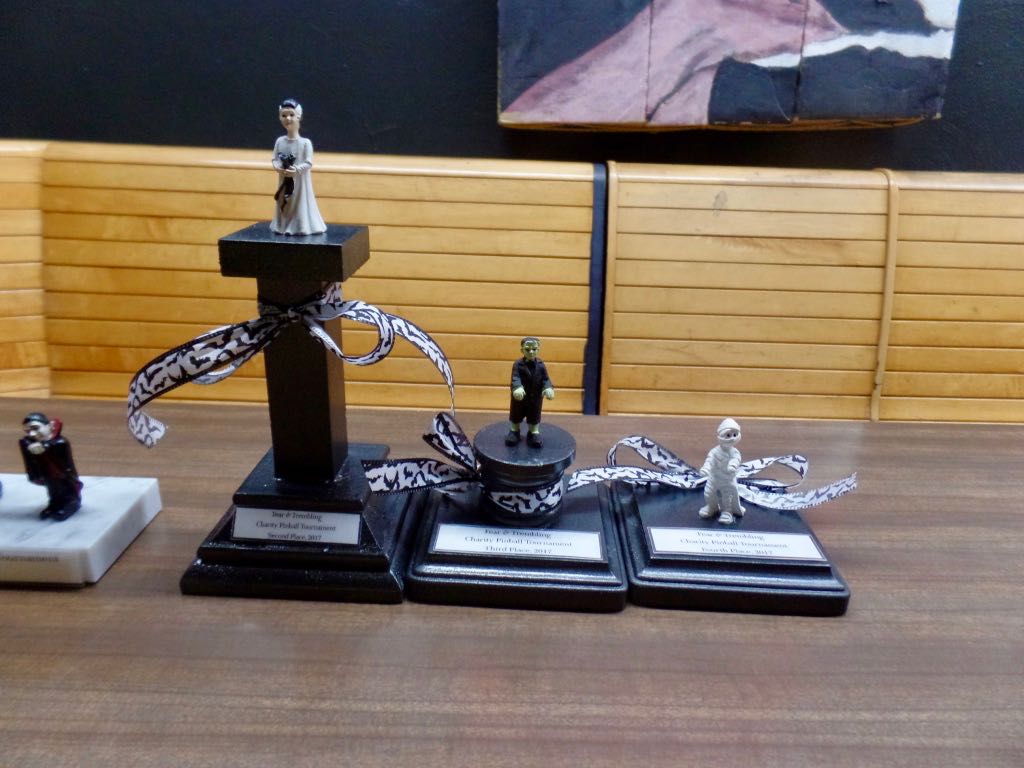 bunny_hugger made for the ``Fear and Trembling'' tournament, held near Halloween. One of the games we had in the tournament was Monster Bash, which features Dracula, Bride of Frankenstein, Frankenstein, and the Mummy, so finding these tiny dolls in Michael's was a great trophy-making boost. 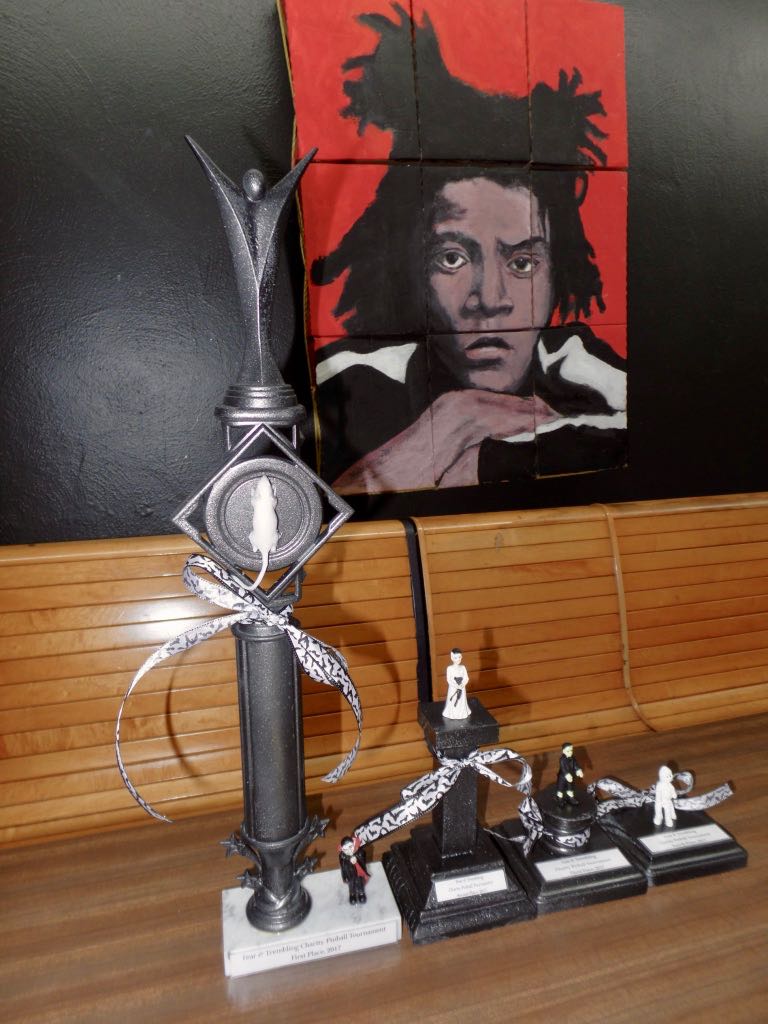 And oh, yes, can you tell which one was first place? That trophy was renovated from one that longtime pinball expert GRV had donated. Paint it black, tie ribbons, and glue a Dracula and a rubber rat to it and you've got a wonderfully over-sized trophy for the tournament. 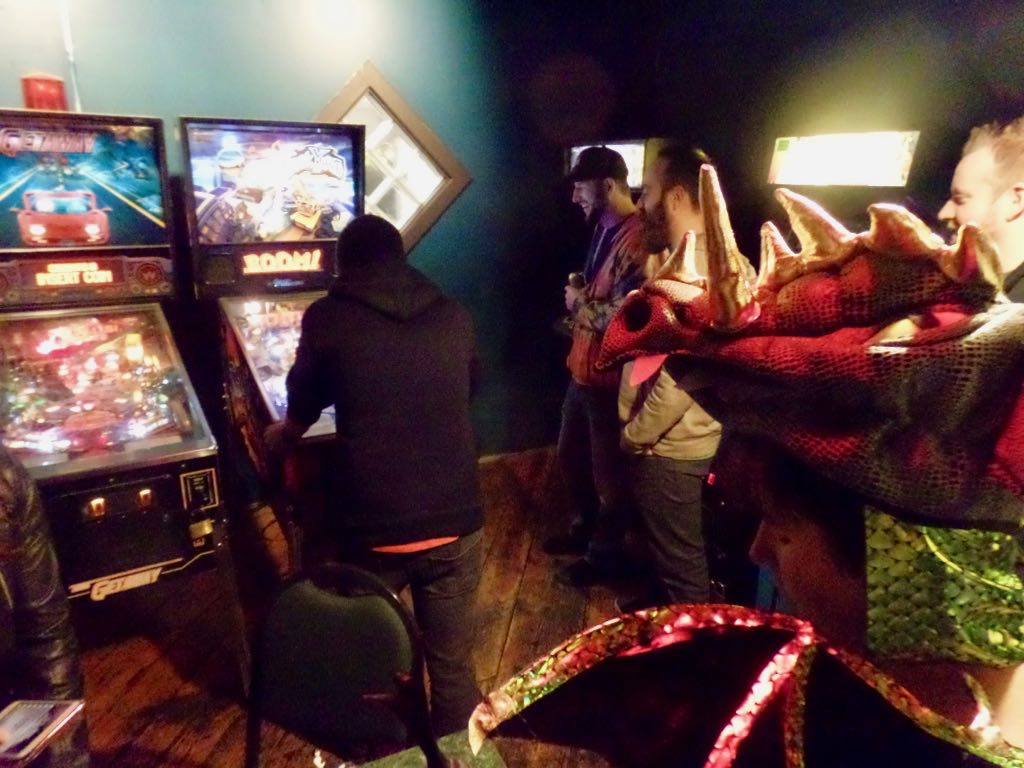 Playing the Fear and Trembling tournament, in costume.

Trivia: Jules Verne in 1874 wrote of hydrogen extracted from water as ``the coal of the future''. Source: Coal: A Human History, Barbara Freese.

Currently Reading: The Inner Game of Tennis, W Timothy Gallwey. Because, you see, I saw on Tiltforums (one of the big pinball hangouts) several recommendations for the book as having advice to help you stop flopping during competitive play. And after my flop at state finals, and a lousy game at the local league two weeks ago, I could use some fresh thoughts.