It's gonna take the lot to drag me away from you

My youngest brother had an idea and direct-messaged me on Twitter with it. He's wanted to have some kind of guys' weekend, or some kind of trip. He had been talking a couple years ago about a trip to Las Vegas, and I was up for that. But then work --- which had insisted on him using up his vacation time before he lost it --- decided that he should not be using any vacation time at all, and he lost it. So the plans dissipated and never got back together again.

But he still thinks it would be a good idea, and probably it would. My siblings and I don't get together often, but that's just because we're geographically dispersed and we have our own families to spend big holidays with. And, he pointed out, we don't know how much longer our father's going to be able to travel anywhere, so, better that we do that now rather than later. (This is not to suggest we have any reason to think our father's facing any particular problems, other than that he was born more than a year before D-Day and you can't keep that sort of thing going forever.) This would not necessarily be to Las Vegas; it would depend on what's available, what's convenient, what's affordable, all these contingencies.

bunny_hugger agrees and provided I do decide I'd be willing to be away from her when I don't absolutely have to be. The things I absolutely mustn't miss are some of the big in-state pinball events --- Pinball at the Zoo, the open weekend at the VFW Ann Arbor Pinball Hall of Fame, the Baby Food Festival --- and the big on-Earth pinball event of Pinburgh. At some point, probably in June,

bunny_hugger and I should be making our big road trip of the season. And there are a couple of specific events like Motor City Fur[ry] Con and Morphicon/AnthrOhio. So I explained, mid-April-to-early-May, and mid-July-to-early-August are my busy season. Outside that there isn't much specifically on my schedule that I'm aware of.

Somehow my brother took this to mean I'm unavailable between April and August, which certainly would complicate scheduling anything for a good while. I think that I've got this sorted out. But then I thought it was pretty clear to start with and my brother mistook it for ``don't even bother trying me before September'' somehow. Fun times.

Currently Reading: The Inner Game of Tennis, W Timothy Gallwey. Oh yeah, so, first pinball league night after I started reading this? I had a great night, with the third-best finish in the league. I'm going to call that a coincidence until there's some, you know, repeatability to this.

So now to late October 2017 and ... Cedar Point for Halloweekends! Was it cold? Was it rainy? Was it dark? Is that just the sort of photography challenge I live for? See the following 842 straight days of ten pictures a day! 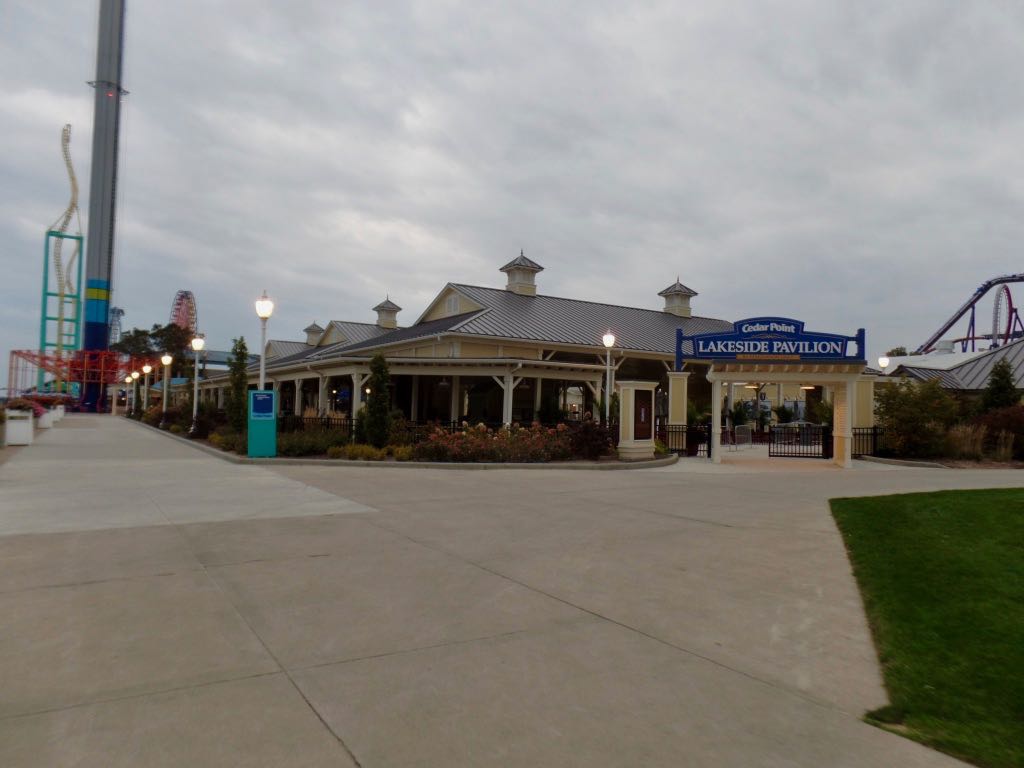 Lakeside Pavilion. We stayed at the Breakers hotel, as ever. But this time noticed our hotel room was closer to the Beach entrance, one that we'd never used before.

bunny_hugger thought she had been through it once, to watch a fireworks show, so this was our chance to see a part of the park that's new to us. 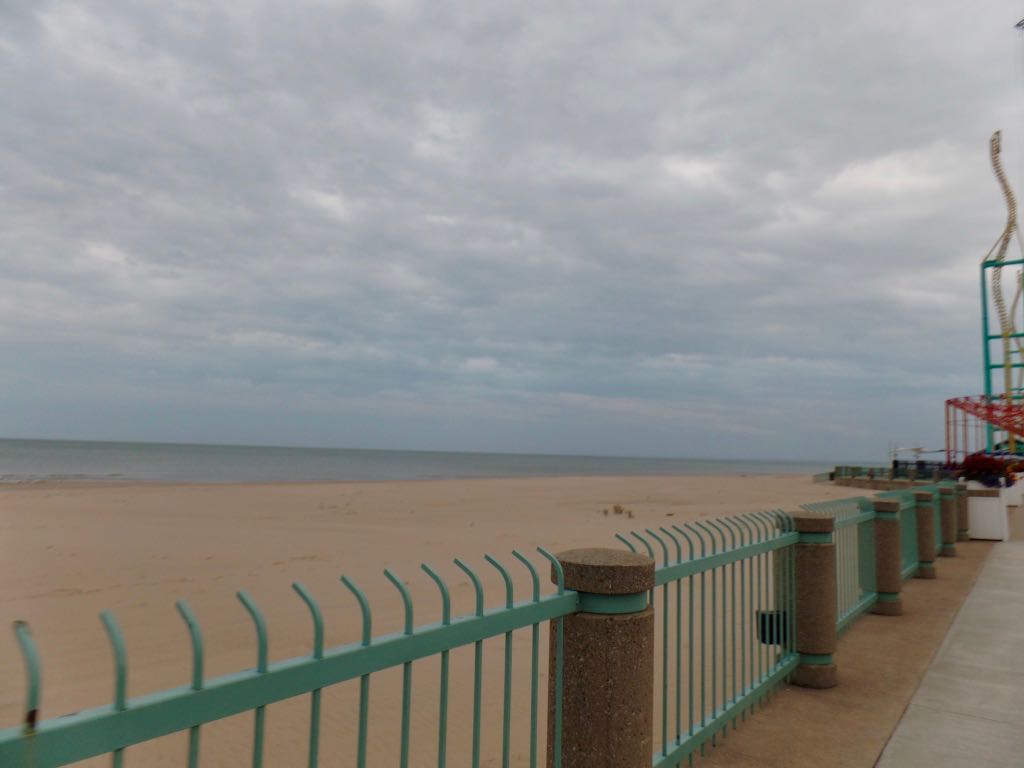 A view of the beach, which I will assume is more busy when it's not late October. Visible on the right edge are the Windseeker elevated-swings ride and the Wicked Twister shuttle coaster. 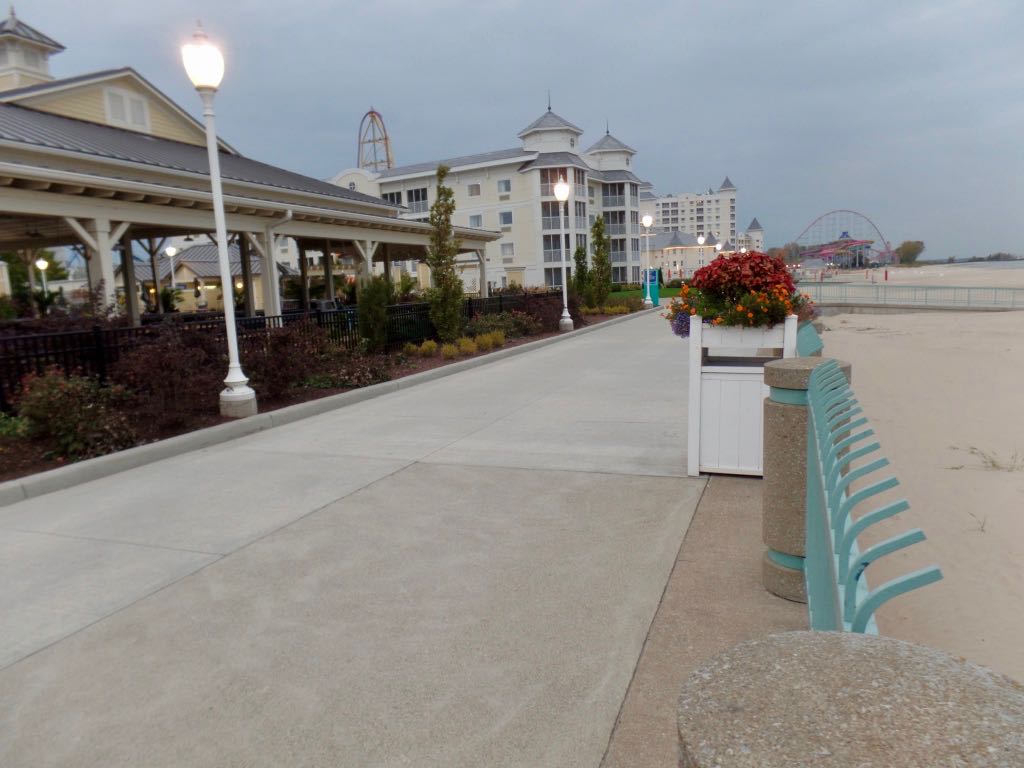 A look back along the 'boardwalk' (well, there's no boards), showing off the Hotel Breakers and, in the far distance to the right, the Magnum XL-200 roller coaster.