Working in a coal mine, whew! About to slip down

So, that's a nice little unnerving thing to have happen. I manage a handful of projects for work. I got word this week that one of them was finished. ... What? And the client we were doing this for had decided to switch to another vendor. So we were out.

Where this turns into a swirling vortex of self-doubt is this: the project's had a small bug in it. A bit that the client would have liked fixed. I would have liked to fix it too. When I heard the bug described I had the almost-certain fix in mind in minutes. What I couldn't do was test it out, much less install it. For some stupid reason when I tried to post a fix to a testing area of the web server, the server rejected it. Like, it would just keep using the old version of the web site, no matter what. I can't explain this. I can barely find any descriptions on CodeProject that get anywhere near this. But what I could find, suggested it was a server problem which, yeah. If I can literally remove all the working C# code from behind the web page, and the web page still runs as if nothing changed, there's something majorly screwed up with the server. But they wouldn't believe me, and after a couple go-rounds of saying something needed fixing, I gave up, trusting that when they finally tired of the problem going unfixed they'd accept my diagnosis of where the problem has to be. They never did, and now the project's moot, and I'm left thinking, you know, if I had pressed more intently maybe things would be different.

I haven't felt very secure about work in a while. Mostly because I haven't had a major project completed in ages. And what I do have has some server problems that, well, the server people need to straighten out. I have limited power to convince them of this, though. I might honestly have to spend a week back there just so I can look them in the eyes and maybe be credible.

Also something that threatens to disrupt my workflow: we've been using logmein to let me, er, log in to my office computer. That's ``going away'', though, in an assertion that may just mean the company has switched to a different remote-access program. But it's vague enough to suggest that maybe logmein has reached the point of capitalism where it no longer provides a good or service and simply exists in a state where people assign it assets. No telling. The new remote-access software seems all right except that I don't know how to make it pop a window out of the web browser. And when I log in it tells me that it's `recording the session'. If it means it's logging what IP address accessed what computer for what time, that's all right. If it means it's logging every keystroke I make then I have issues.

Anyway it's a thing changing and let's not have more of that, please.

Trivia: In the last of the fifteen Dinky Duck cartoons made by Terry Toon studios (It's A Living, 1957), Dinky gets fed up with his cute-farmyard persona and cartoon career, and quits, to try acting in television commericials. Source: Terry-Toons: The Story of Paul Terry and his Classic Cartoon Factory, W Gerald Hamonic.

Currently Reading: The Inner Game of Tennis, W Timothy Gallwey. Who according to the authors' notes developed the art of ``yoga tennis'' which should help you pin down this book and what it's about exactly.

PS: How February 2019 Treated My Mathematics Blog as I get March under way with actually writing a thing, for a change. 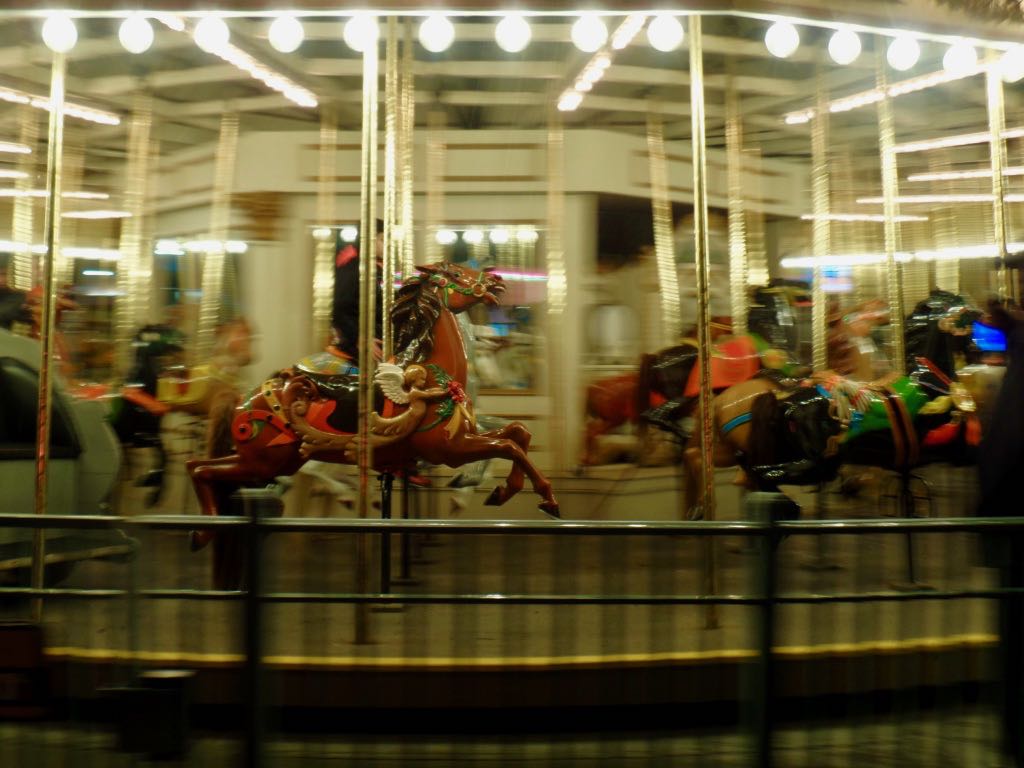 I attempt a tracking shot on the Midway Carousel and hey, this one even came out! I'll never learn to stop pulling this kind of trick! 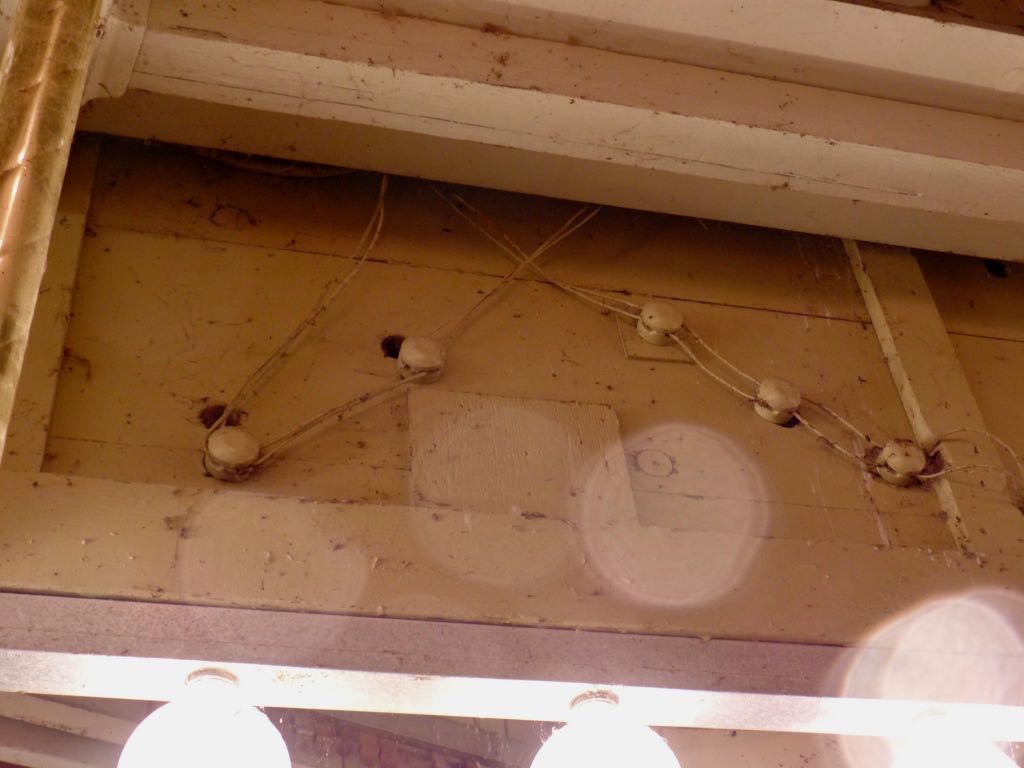 Close-up on the running-boards, from the inside, of the Midway Carousel. These are the wires that lead to the lights and would you believe this ride was installed at Cedar Point in Like 1946? 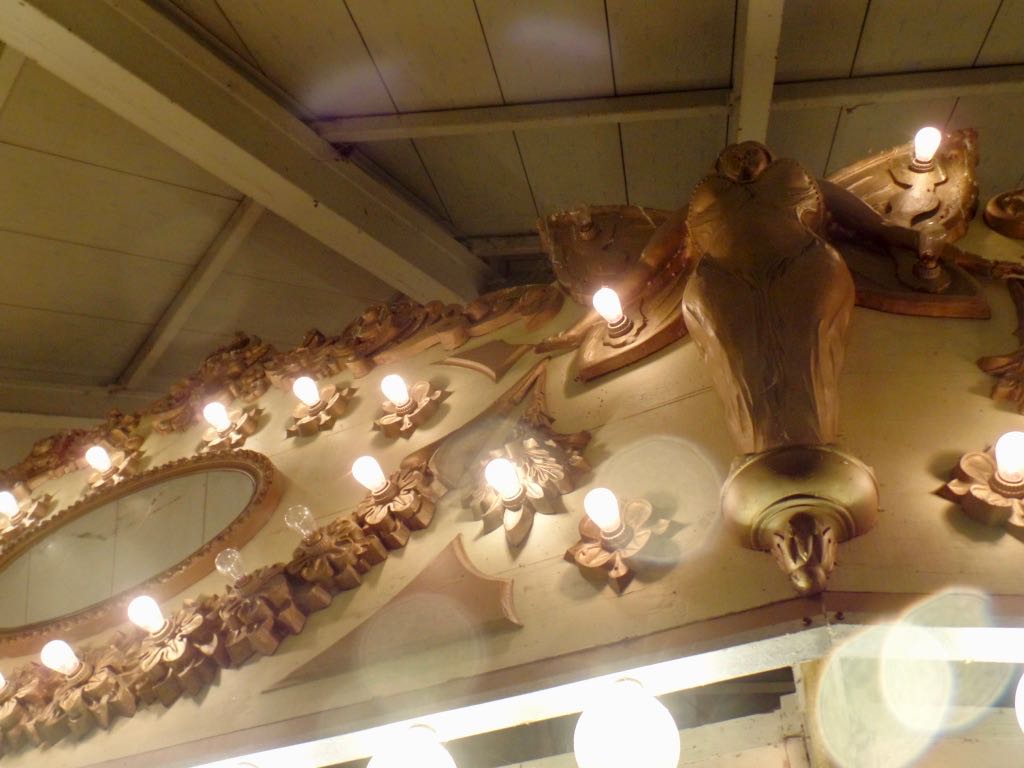 The running-board from the outside: what those light fixtures attach to. ... Look, not every bulb can be on at the same time.