Start to shriek and harmonize

My mathematics blog all but disappeared this week. I don't blame you if you missed it. If you didn't catch it on your RSS reader, here's what I published from last Sunday to this:

Meanwhile I had an eagerly-awaited story strip update. What's Going On In Alley Oop? What are the new writer and artist doing to Alley Oop? December 2018 - March 2019 covered the end of the rerun period and nearly two months of the first story from the new creative team.

Now let's poke back in on Halloweekends 2017. I am never going to be all caught up with anything ever. 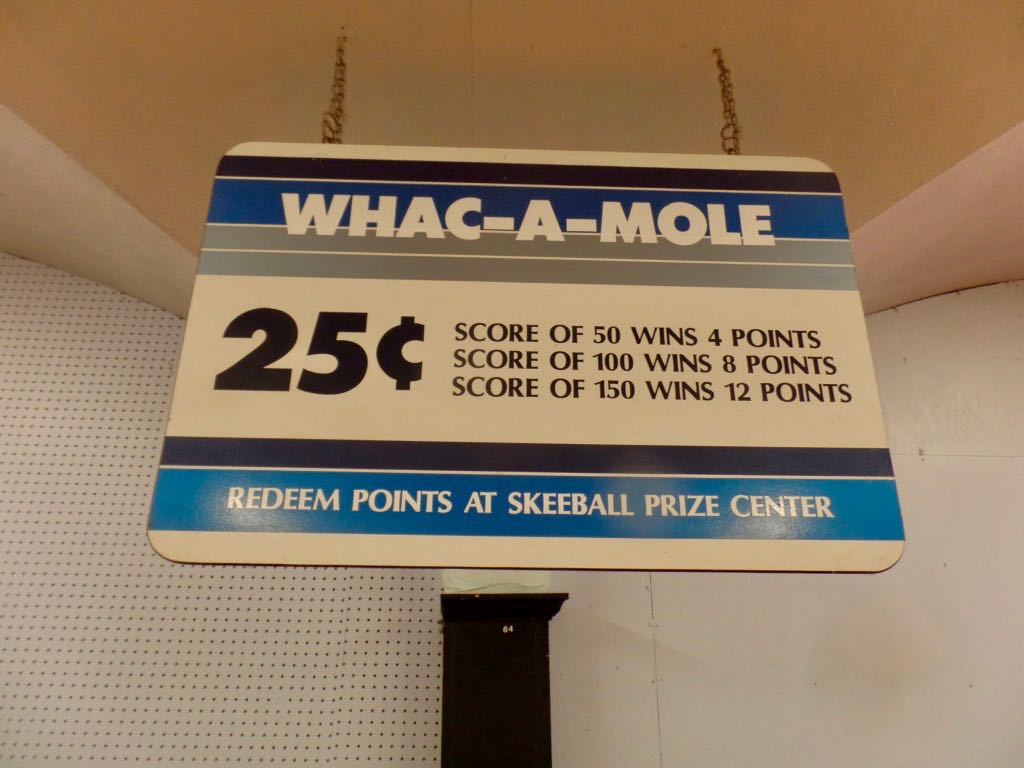 One of the many games inside the Coliseum. I'm not sure what attracted us to the Whac-a-Mole; possibly the typefaces on the signs and on the games. 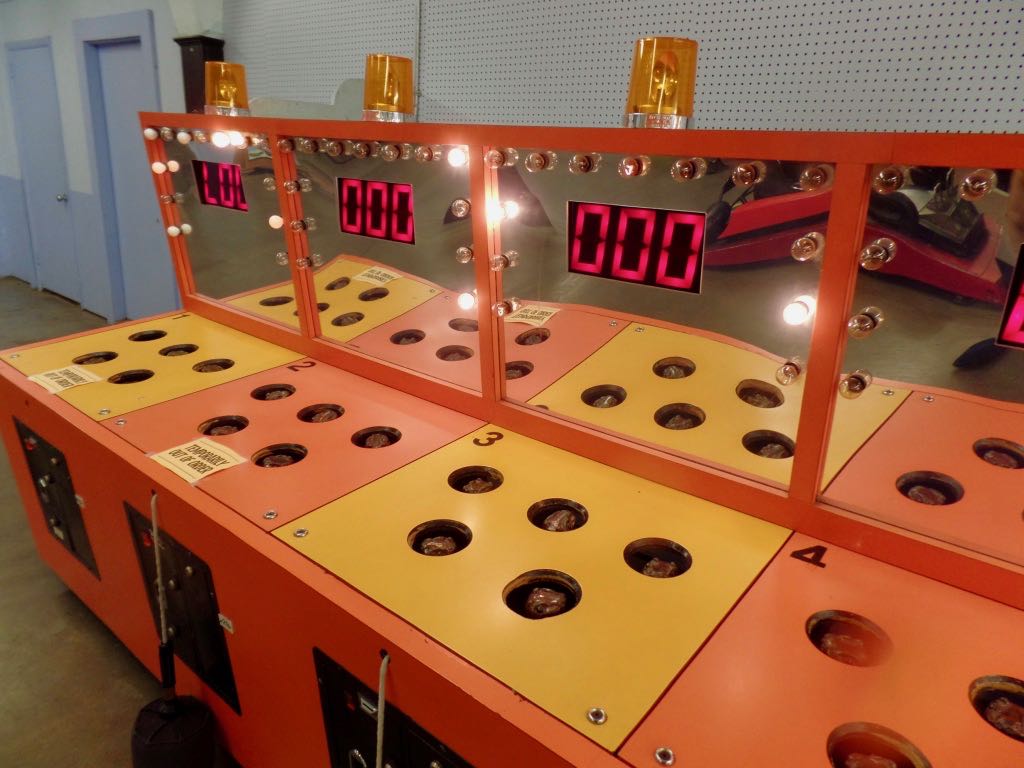 Row of Whac-a-Mole games. Many of them had some problem or other; note the one on the far left promising the current score is LOO. None of the ones we tried dispensed the promised tickets. 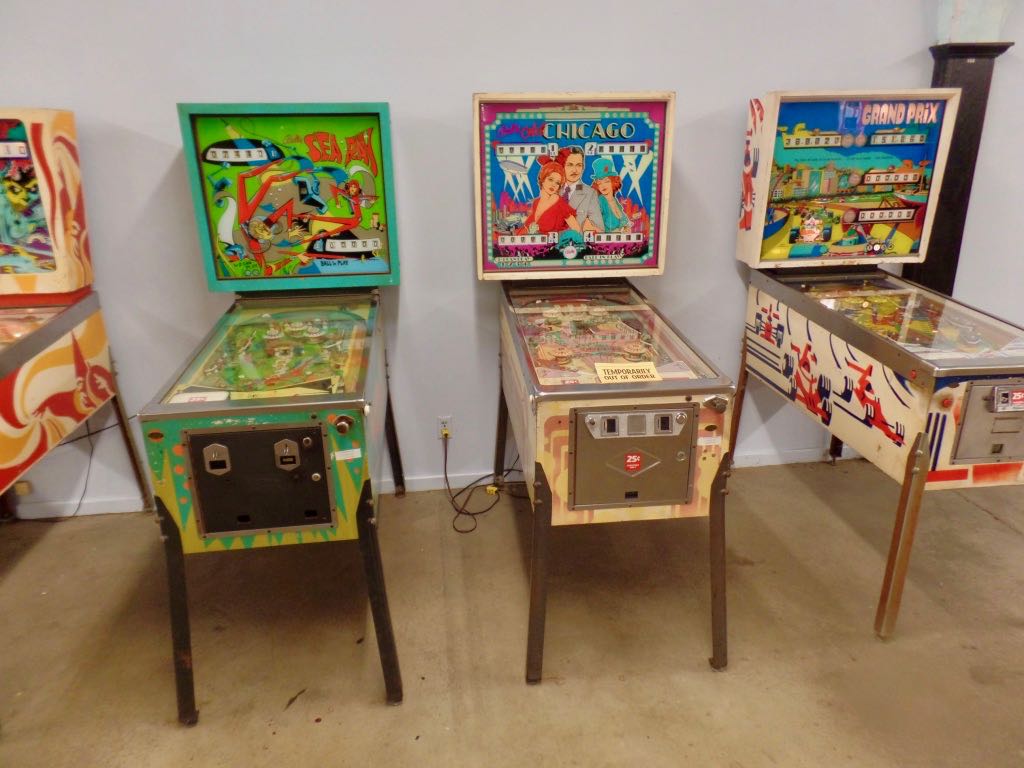 Some of the row of electromechanical pinball games that Cedar Point got sometime in the 1970s and just kept there until they fell apart. Notice that Old Chicago has a 'temporarily' out of order sign on it; Sea Ray, I believe, also wasn't working. 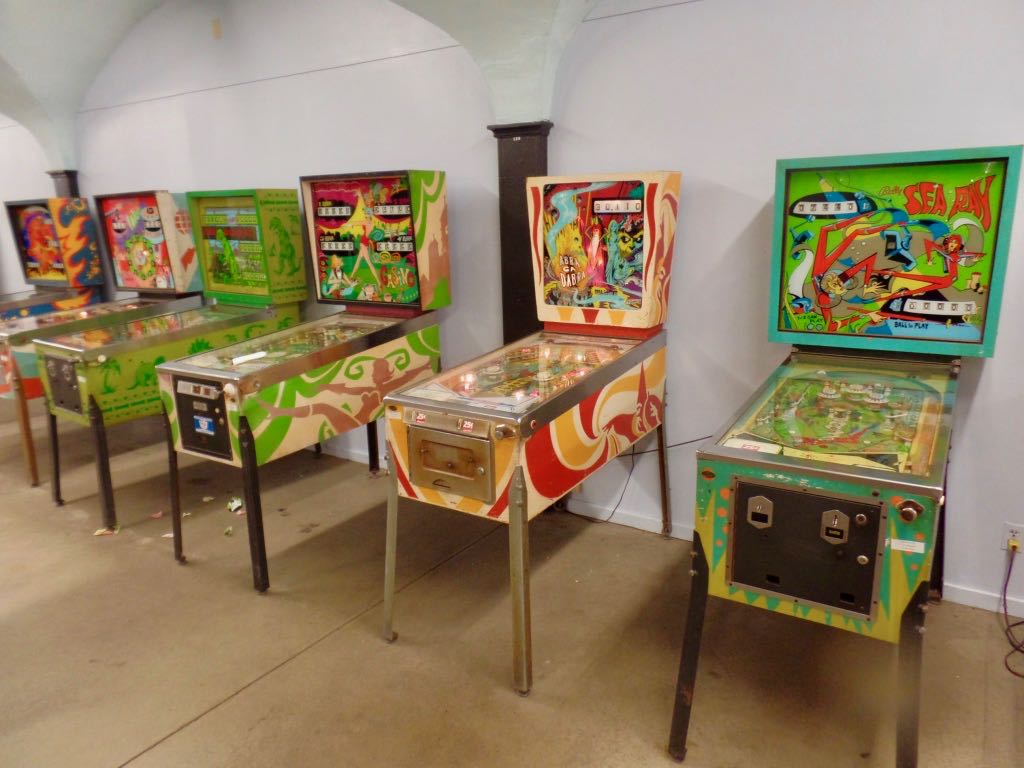 More of the row of pinball games they'd let age unto inoperability. They're all gone, now, as of October 2018. 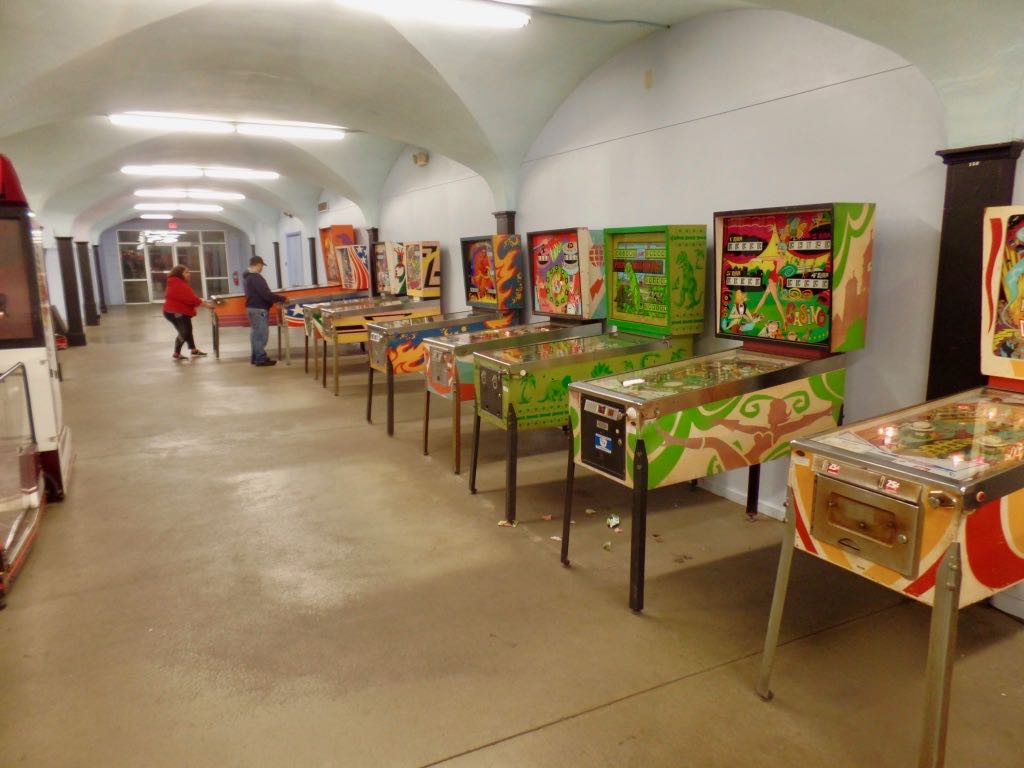 The oversized pinball on the far end is Hercules. They had two of these giant-sized games, which were marketed at amusement parks. These games were also in terrible shape; many people would walk away after one or two balls as it was just too dull to go on to the third. Next to Hercules was a Pioneer/Spirit of '76, one of the few games that just kept on working, somehow, up to the summer of 2018. 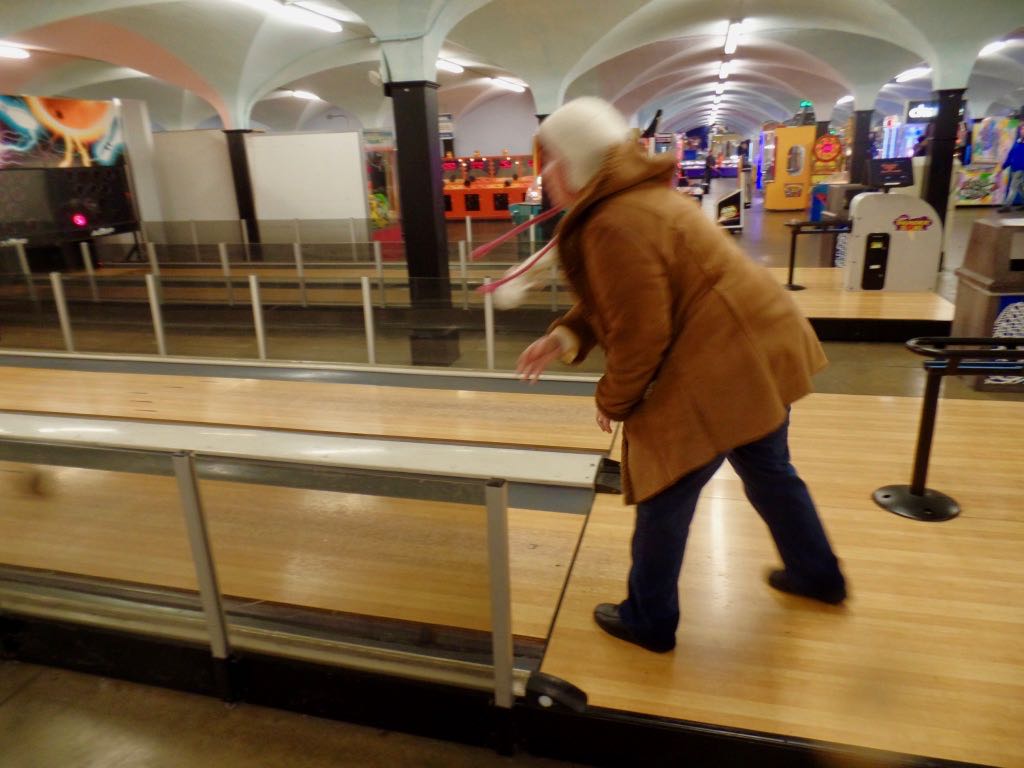 bunny_hugger rolling a ball in the miniature bowling alley. It's a more fun attraction than you might think, but games are often abandoned partway through, sometimes because the other alley has swiped all the balls. 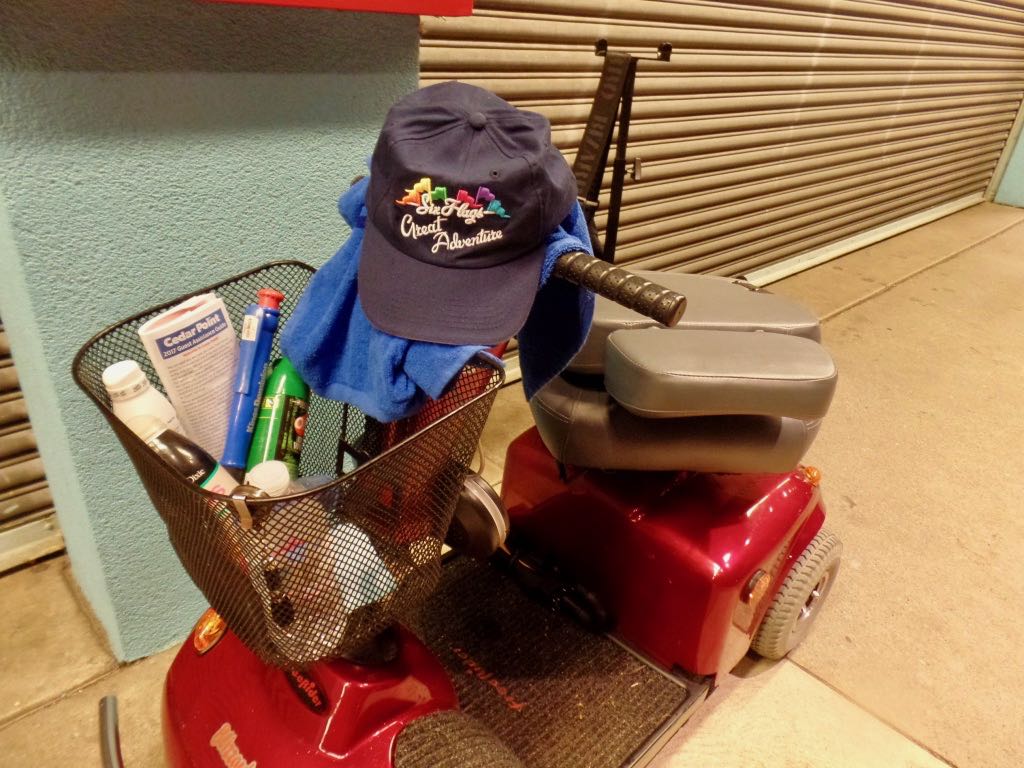 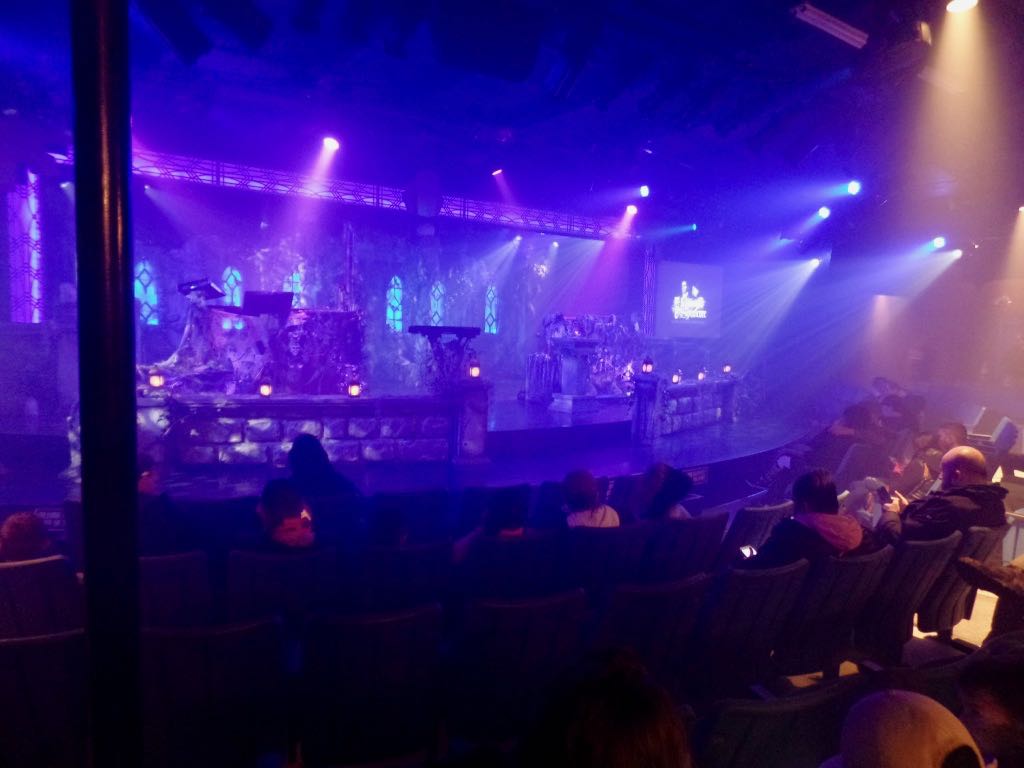 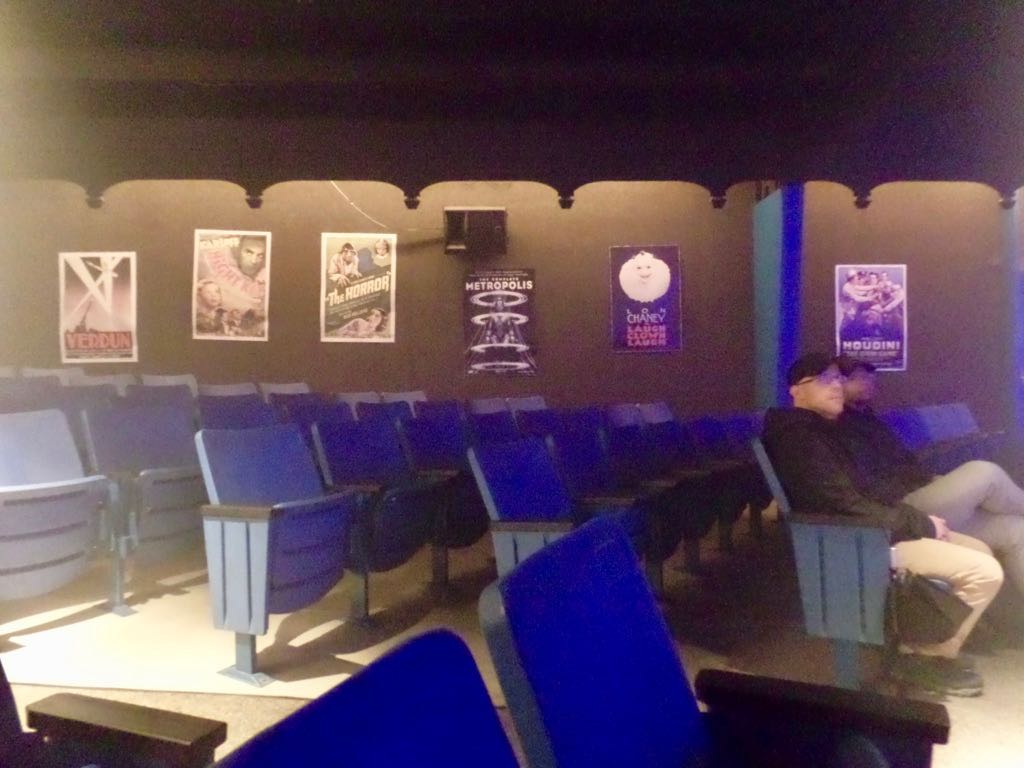 Atmospheric decoration, in the form of 1920s movie posters, for the Midnight Syndicate show. 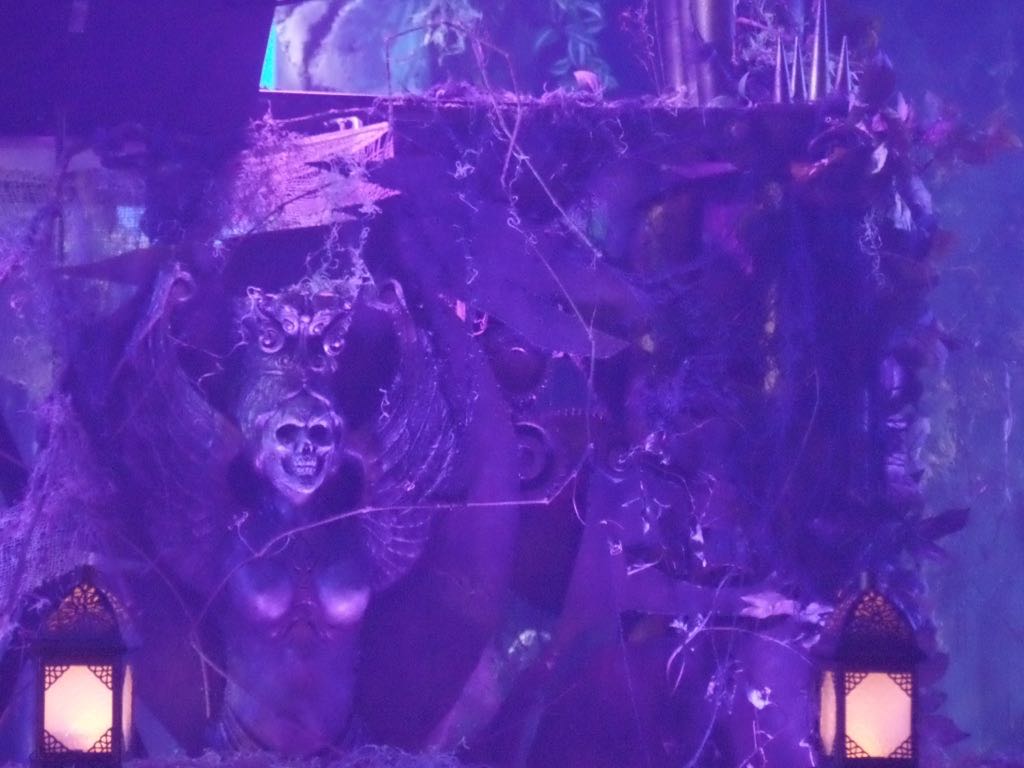 Close-up of some of the stage decoration for Midnight Syndicate: skeleton-headed angels and twisted vines and a lot of purple lights. 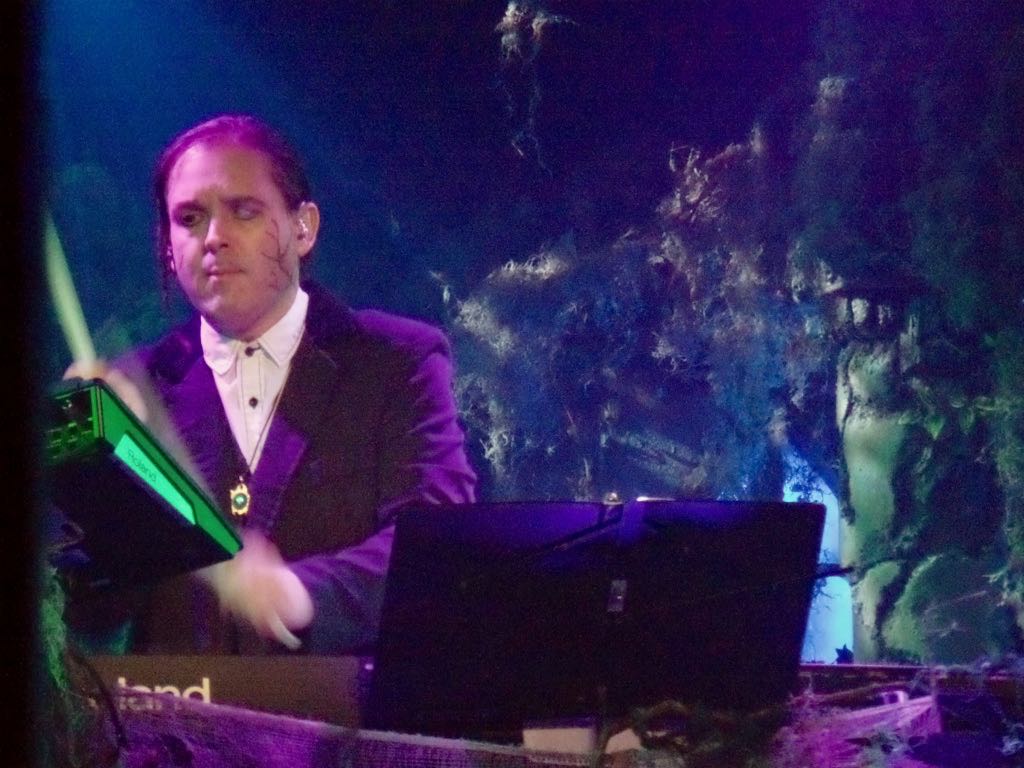 Midnight Syndicate's drummer, one of the two performers presenting music for the whole show. 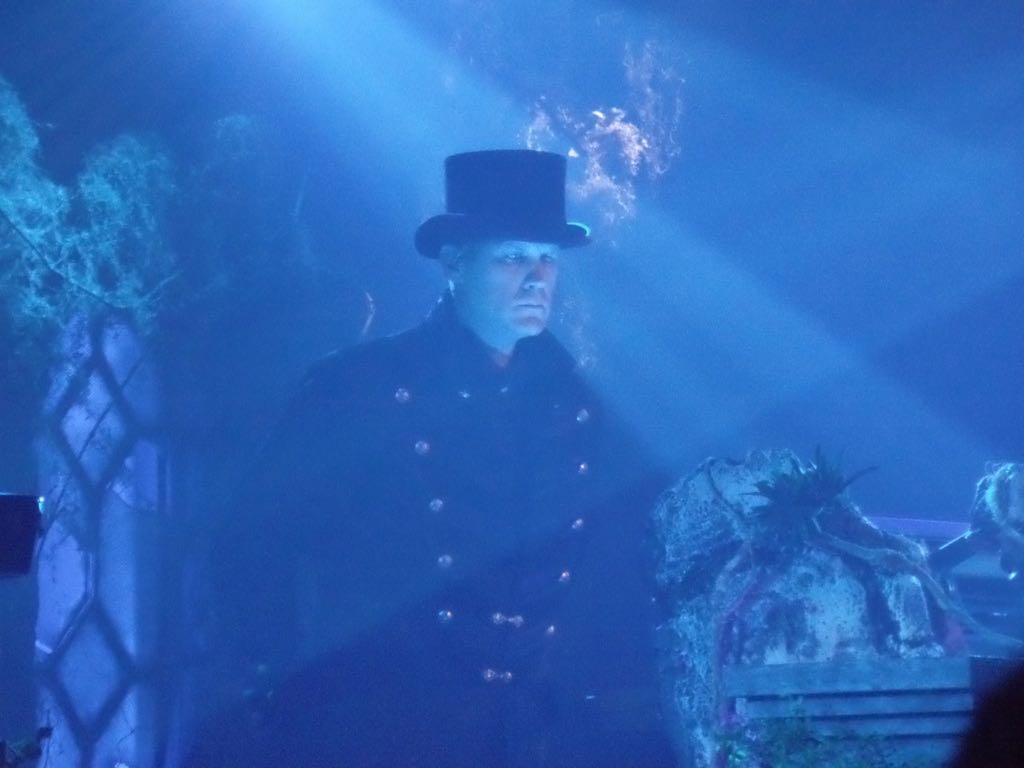 And this fellow in the top hat played keyboard.

Trivia: In the American Bar Association's debates of 1963-64, on how to clarify the succession, The Caine Mutiny was cited as demonstrating a potential hazard in allowing the Vice-President to unilaterally rule on the inability of the President. Source: From Failing Hands: The Story of Presidential Succession, John D Feerick.

Currently Reading: The Originals: The New York Celtics Invent Modern Basketball, Murry Nelson. So you remember how before World War II there was the stereotype that Jewish people naturally played the best basketball? Sure, we all do. Well, then as now people tried to understand the ``reasons'' why certain ethnic groups might be seen a lot in particular occupations or particular sports. Because, you know, it's a deep mystery why impoverished city-dwellers might like a sport that requires little equipment, little space, can be played indoors or outdoors, and can be played with any number of people including ``alone''. Or why second-generation immigrants might play an American sport with no cultural connotations that might worry their parents that they're losing touch with their heritage.

Anyway, some writers did try looking for deeper reasons and here's one from Paul Gallico, then a sports writer. (He went on to write Lou Gehrig: The Pride of the Yankees, basis for the movie; as well as The Snow Goose, The Poseidon Adventure, and Manxmouse: The Mouse Who Knew No Fear.) So Gallico had this analysis about basketball: ``it is a game that above all others seems to appeal to the temperament of Jews ... I suspect, that it appeals to the Hebrew with his Oriental background (because) the game places a premium on an alert, scheming mind and flashy trickiness, artful dodgery, and general smart aleckness.'' And, you know, white people, why do we gotta be like this? [1]