When you hear the knell

Similar lack of time to write today. Here's pictures from Halloweekends 2017, nearly all of one very specific event that you'll not see happen again. 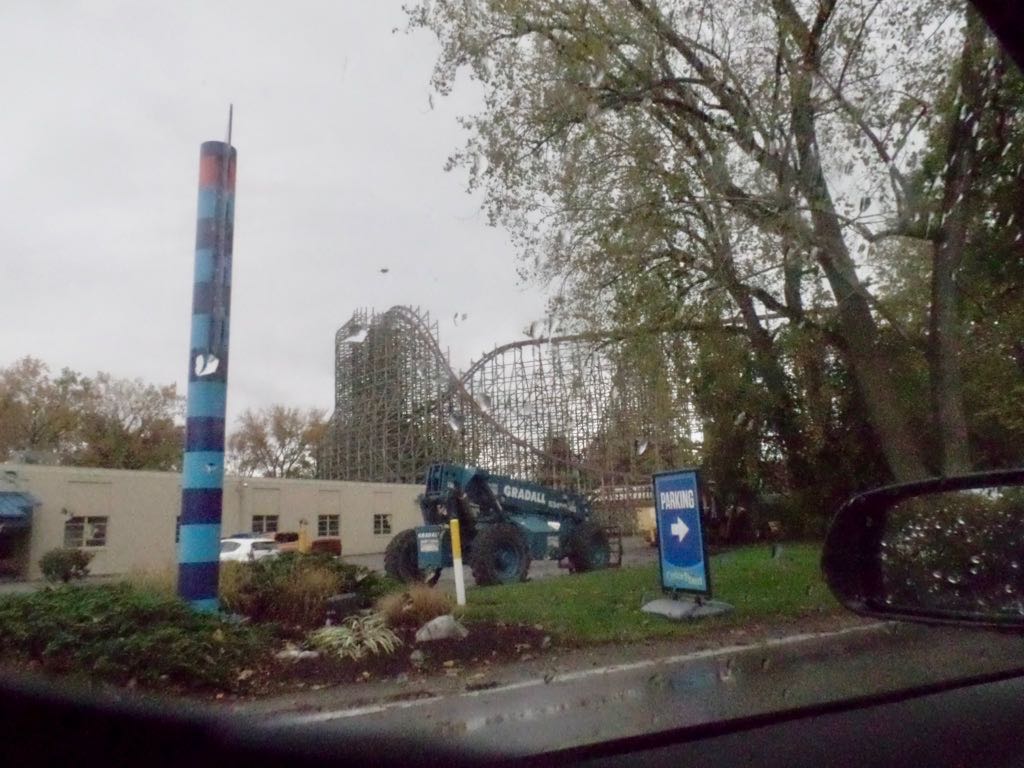 The heavens cried as we left Cedar Point. It was just for a few hours on Saturday, though, for our visit to the Merry-Go-Round Museum. But along the way we passed Mean Streak, being renovated into Steel Vengeance, and I drove slowly and took pictures quickly. Here you can see part of the far end of the structure partly disassembled, and new, twisty, track already in place. 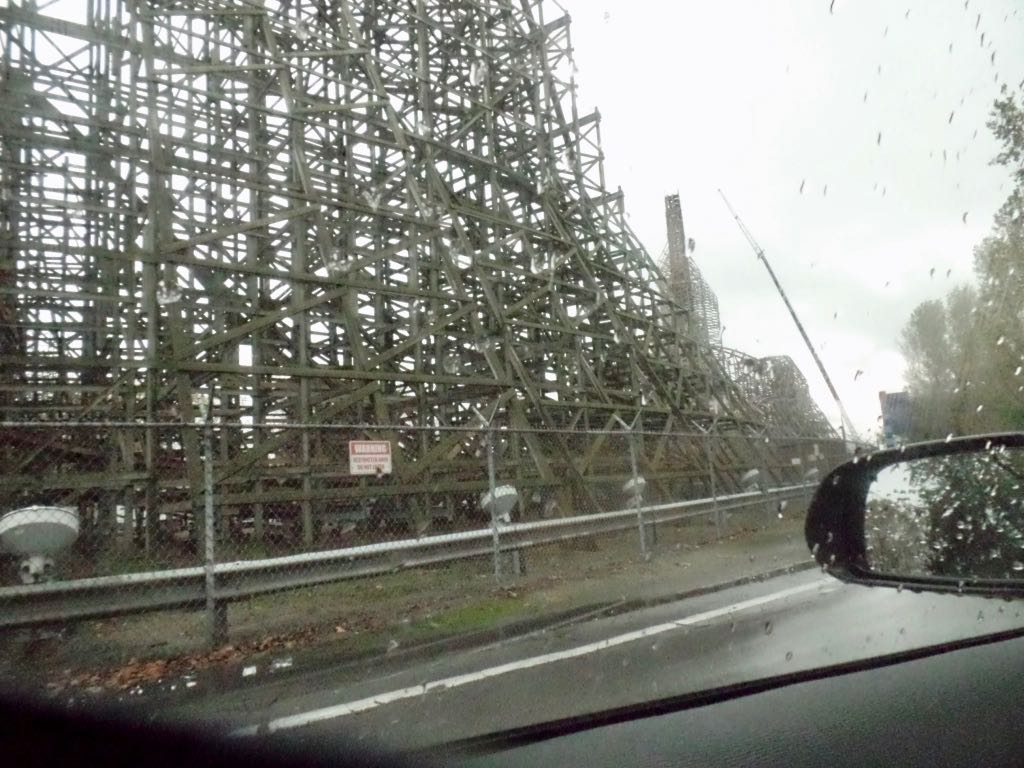 Most of the Mean Streak wooden structure would remain in place; some of it would be renovated or, especially, expanded on. The tower off to the right is the first lift hill, increased significantly in size by the new ride construction. 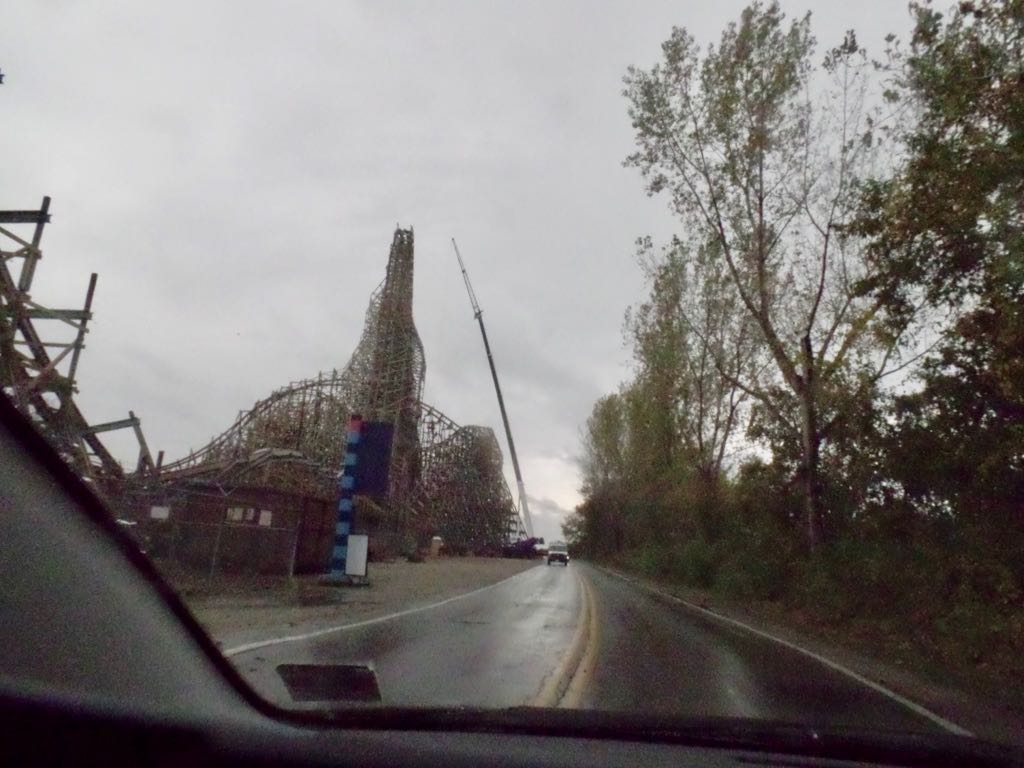 Construction crane beside the lift hill of Steel Vengeance, and some of the support structure torn up for it. Also you see how close the ride comes to the road that leads around Cedar Point and to the Hotel Breakers. 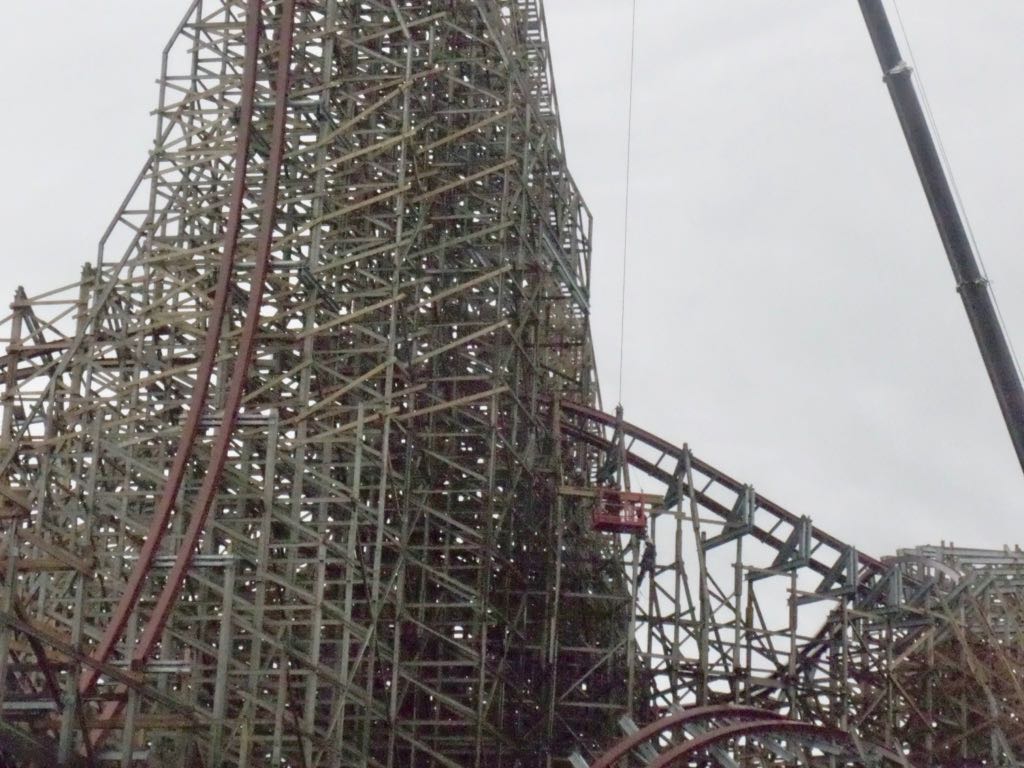 Close up on the lift hill, and part of the track that goes through that structure. A major part of Steel Vengeance is track that does barrel rolls, so that you're twisting clockwise or counterclockwise. This is basically impossible for a wooden-track roller coaster, but easy for a steel one, and the red steel track here shows some of the changeover. 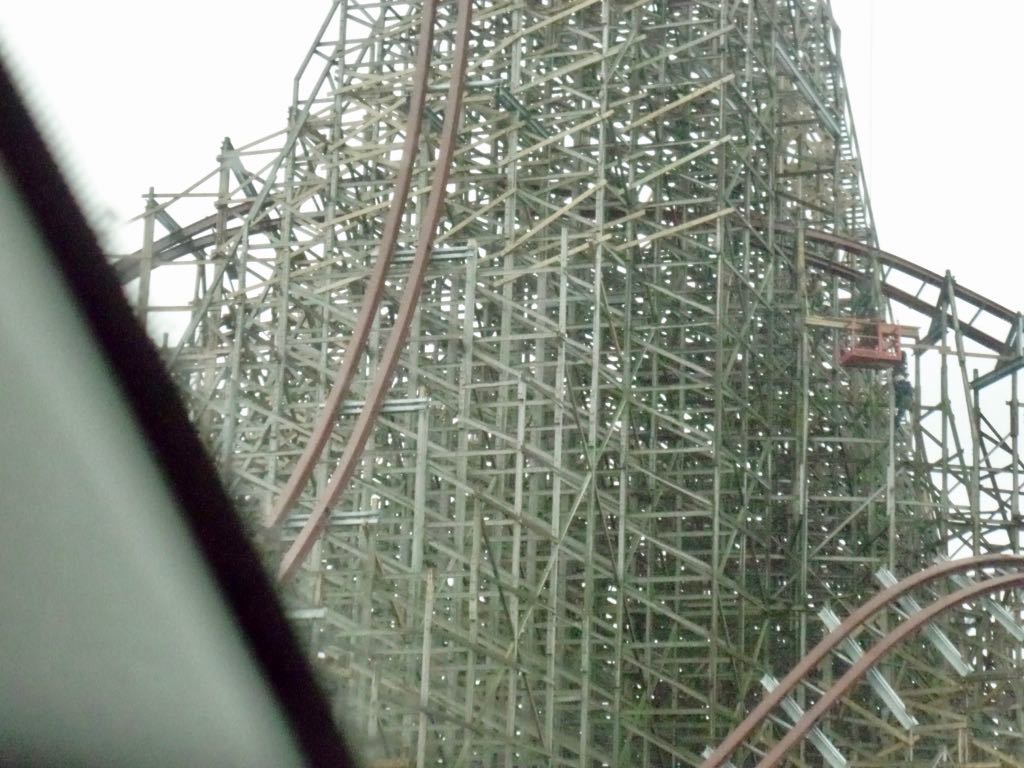 Another view of that point where the track cuts through and, you'll see, flips entirely over while underneath the original lift hill. 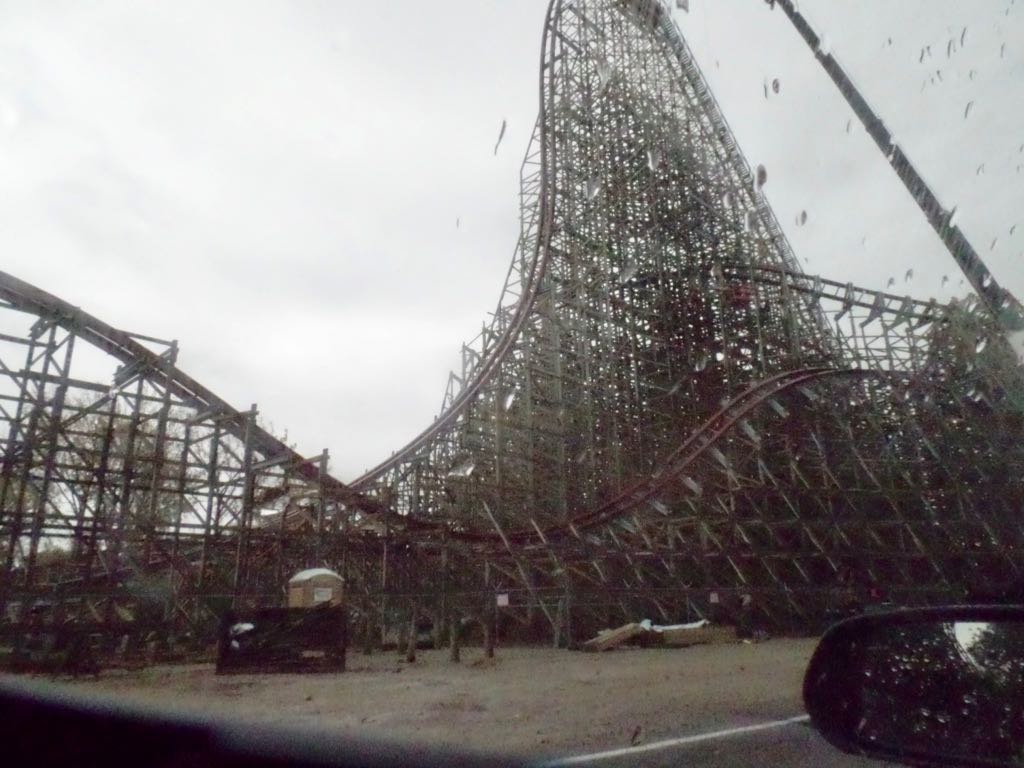 Mean Streak had a lift hill of 161 feet, quite high for a wooden roller coaster. As Steel Vengeance the lift hill rises 205 feet, and it drops much more nearly vertically. 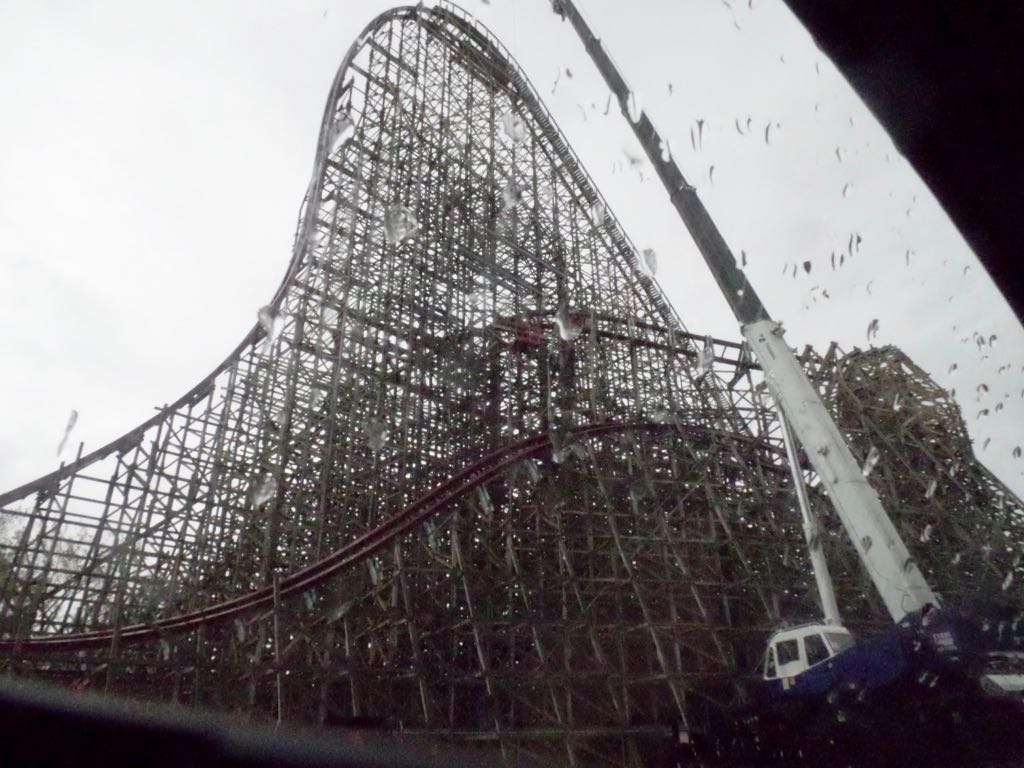 I don't think anyone could make out how the lift hill was expanded from this photograph, but it does show you just how steep the first drop is. It's considerably tighter a drop than Mean Streak had. 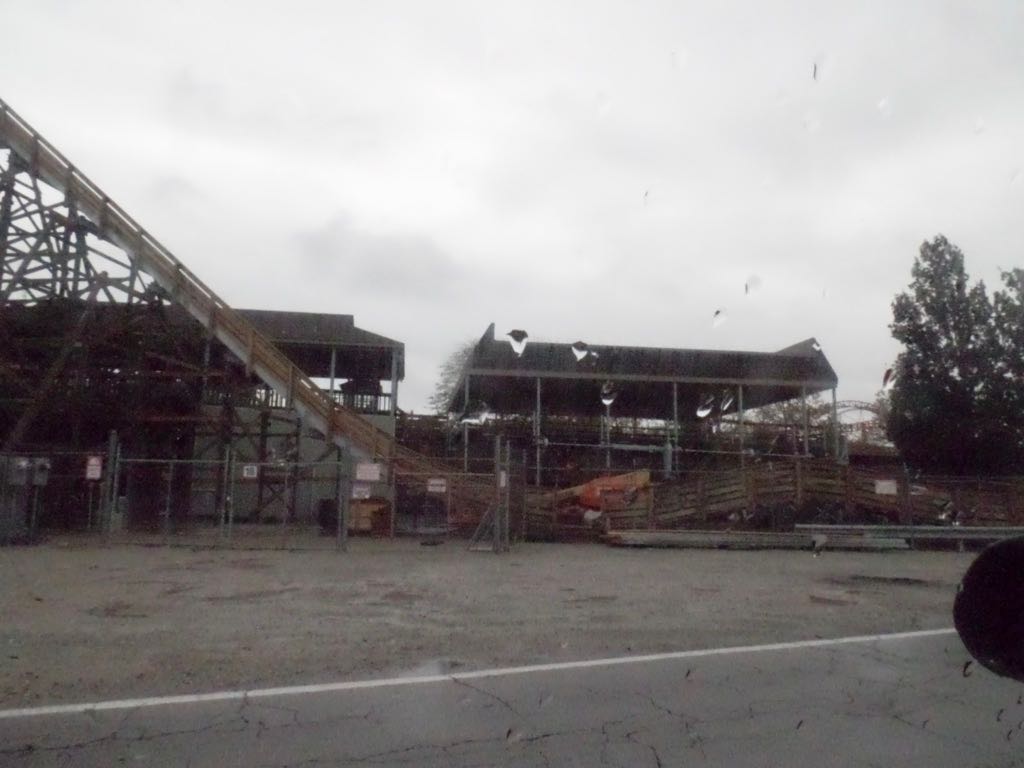 Launch station for Mean Streak-and-Steel Vengeance, with the little bunny hop put in before the lift hill. It's a fun little addition to the ride before the real action gets under way. 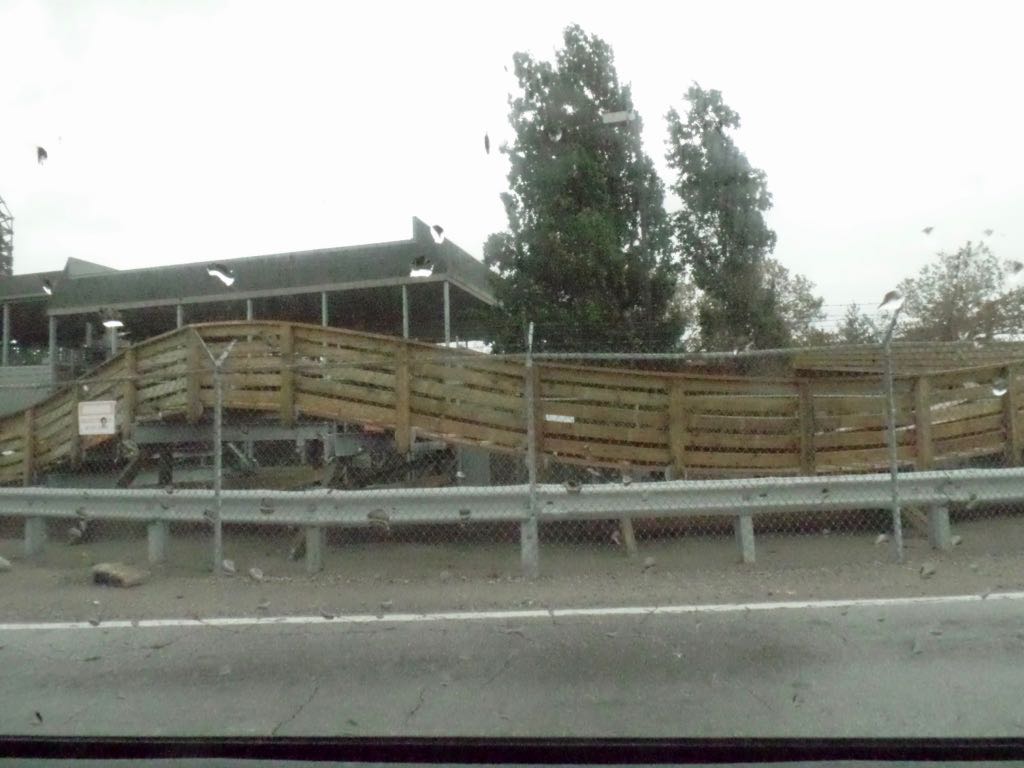 Closer look at the bunny hop which starts off Steel Vengeance. 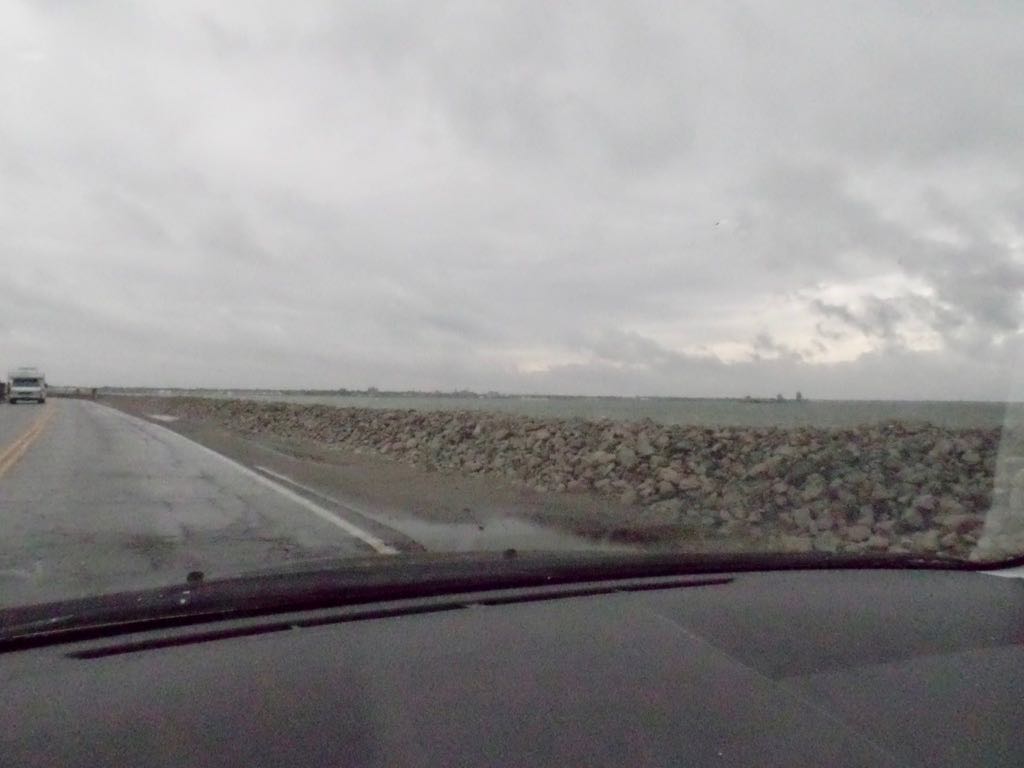 And a glance out to the other side of the road. This side of the point faces Sandusky, across this bay. You can see what a sunny day it was for this late October visit to the park. 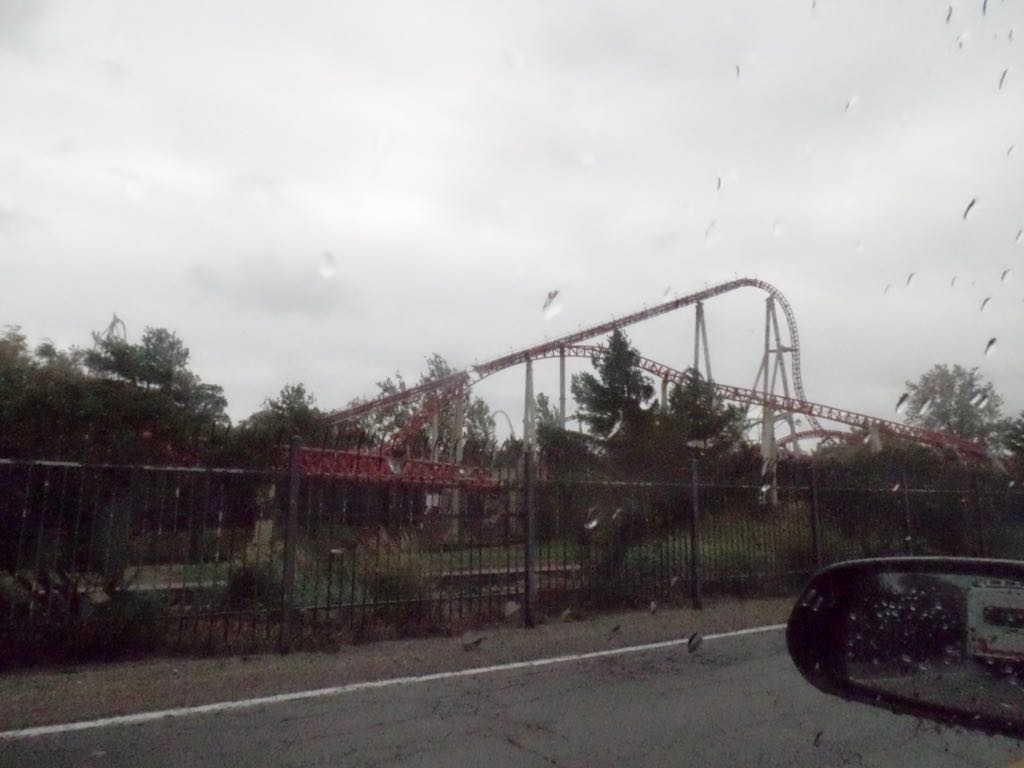 You pass more roller coasters along the access road. This is Maverick, still one of the most popular and longest-wait rides a decade after it opened.

Trivia: On (Congressional) passage of the 13th Amendment, Secretary of State William Seward sent copies of the new amendment to all states, including those still under Confederate government. Mississippi governor Charles Clark (or someone on his staff) allegedly defaced the State Department seal from his state's copy. Source: Look Away! A History of the Confederate States of America, William C Davis.

PS: Reading the Comics, March 2, 2019: Process Edition, a handful of comics that somehow turned into 1100 words about a Dennis the Menace strip. I don't know either.