What can I say; it's been a quiet week? So here's more Merry-Go-Round Museum pictures from when we visited around Halloweekends 2017. 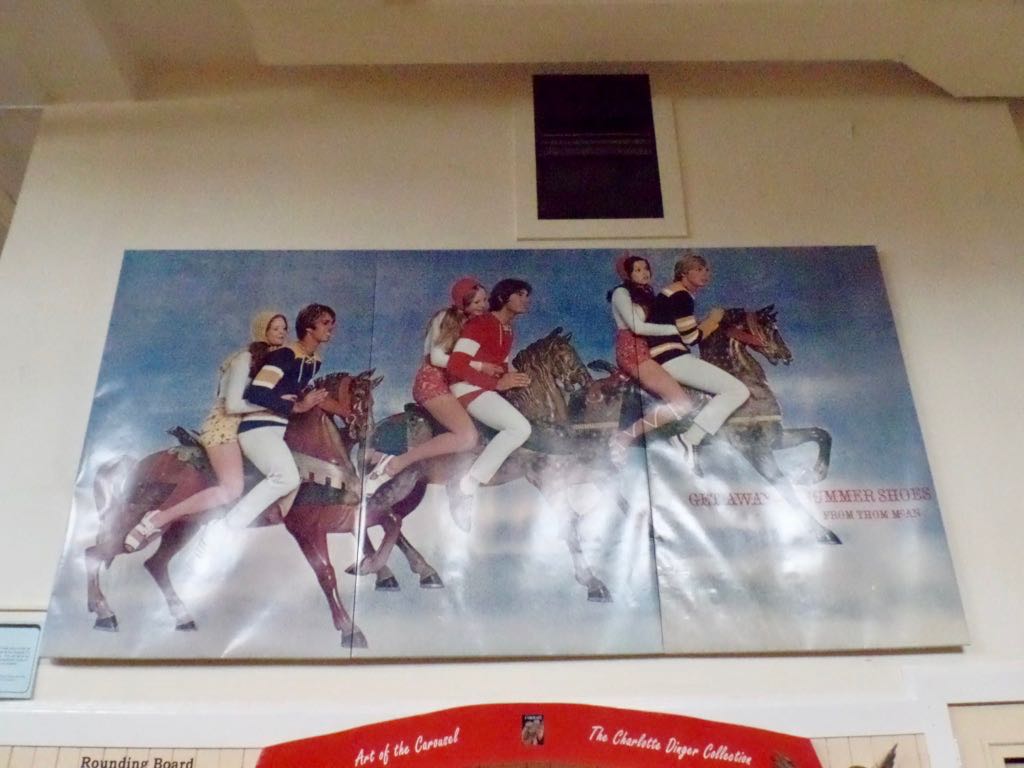 Among the curios at the Merry-Go-Round Museum is this huge display for ``Getaway Summer Shoes from Thom McAn'', an advertising thing that I'm going ahead and guessing is from 1983 at the latest. Why the shoe models were posed on carousel horses? I don't know. How did it get here? Again, unknowable. But interesting anyway. 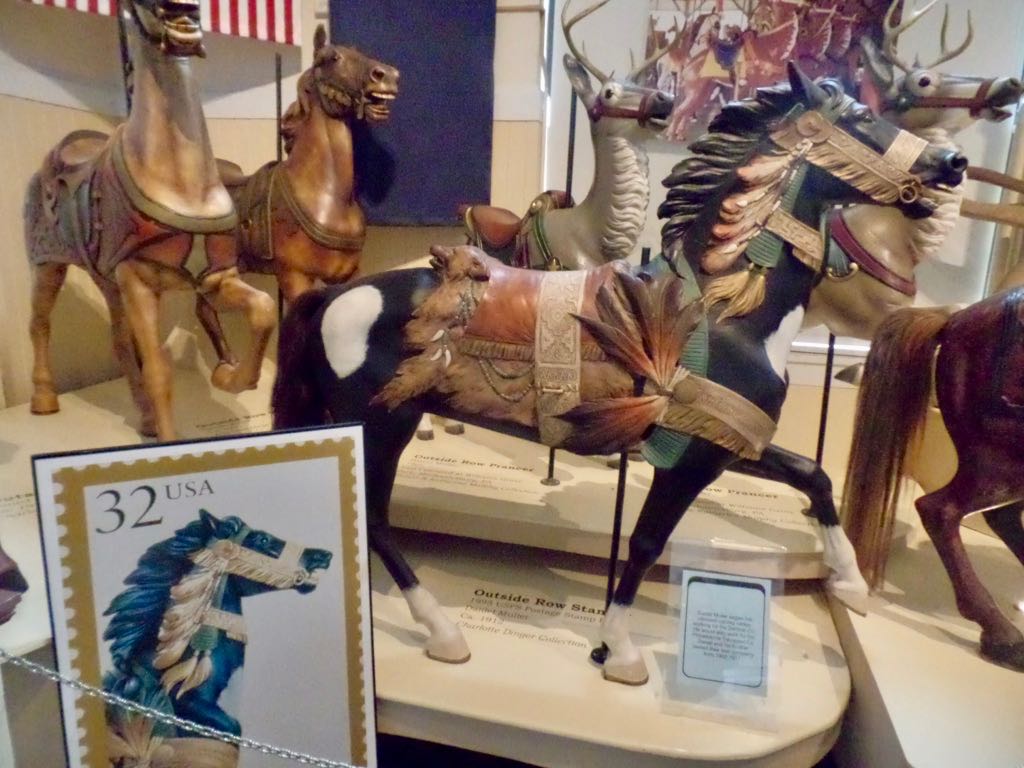 Another of the carousel stamp horses and the stamp based on it. 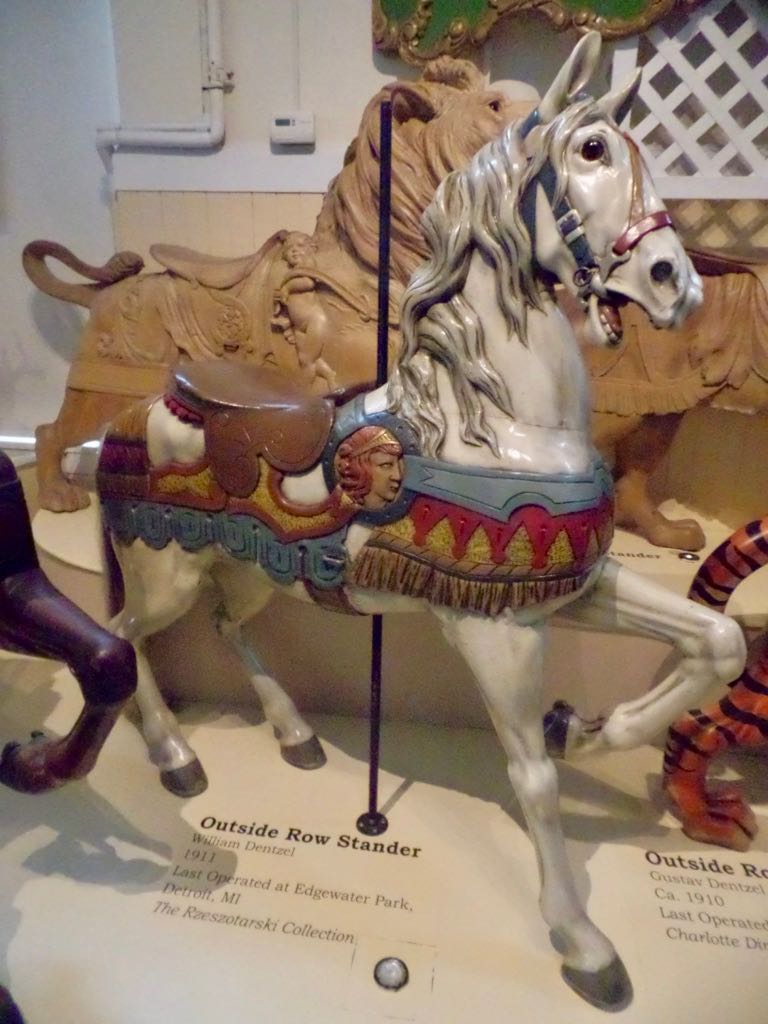 Edgewater Park in Detroit closed for good in 1981. I don't know if their antique carousel was sold before the park closed. 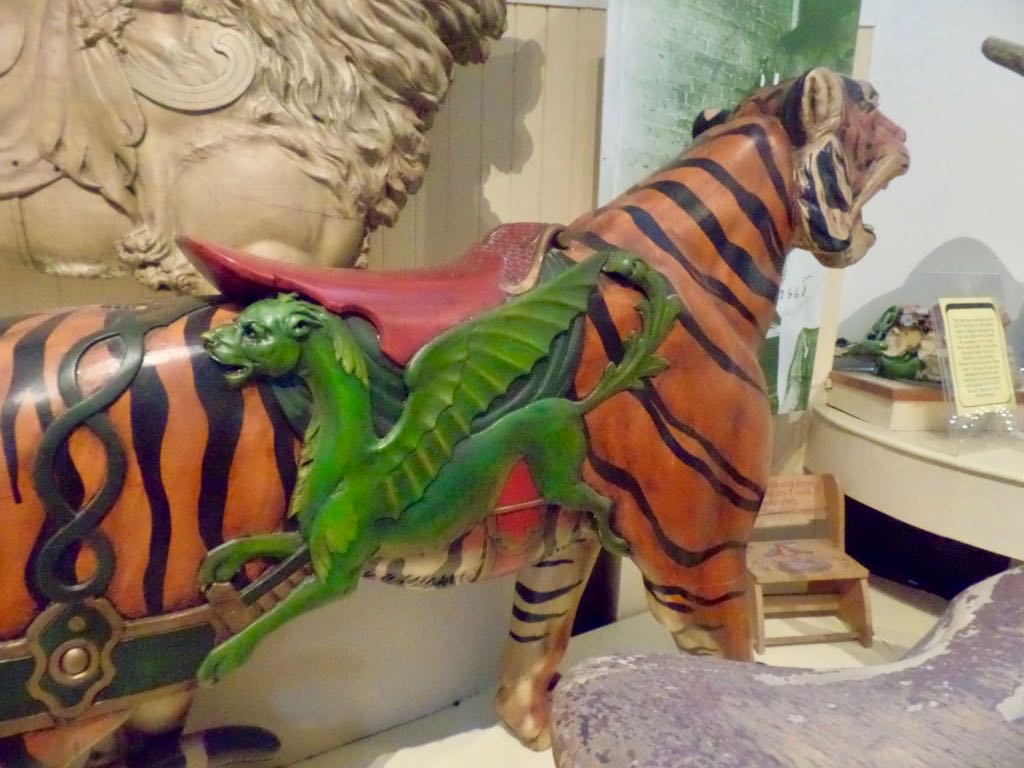 Probably I've shared this figure before, but, this kind of secondary figure on an animal is fun. 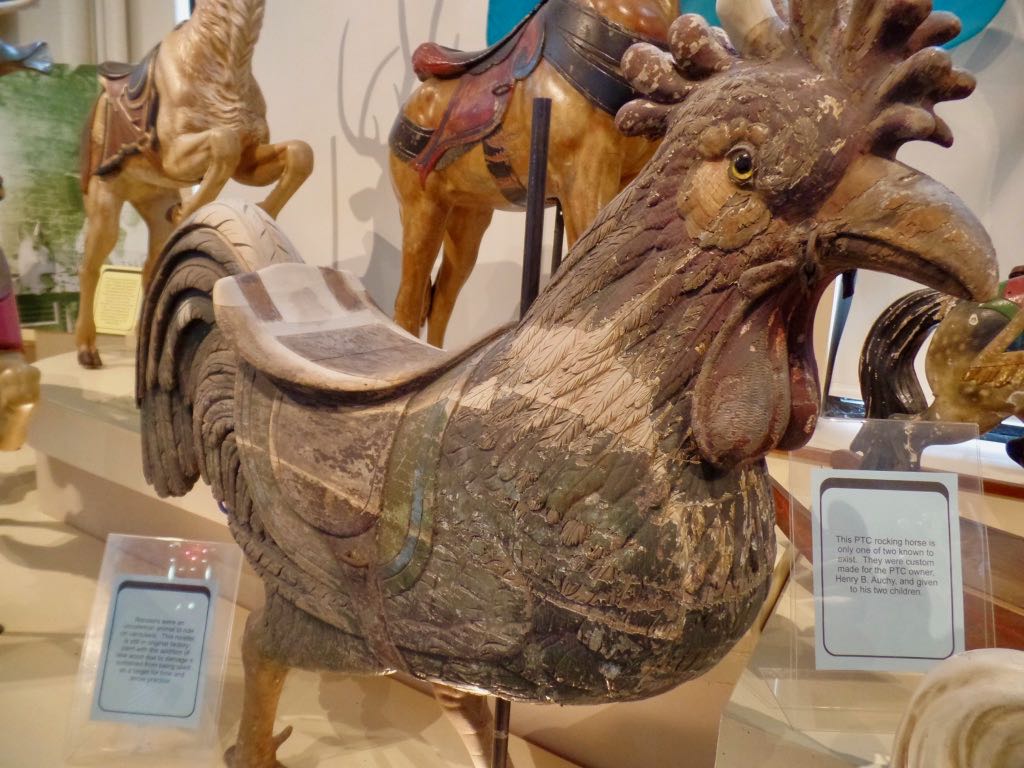 Rooster that's in its original factory paint. Also that's taken some injuries since at some point it was used as an archery target; there's arrow damage on it. 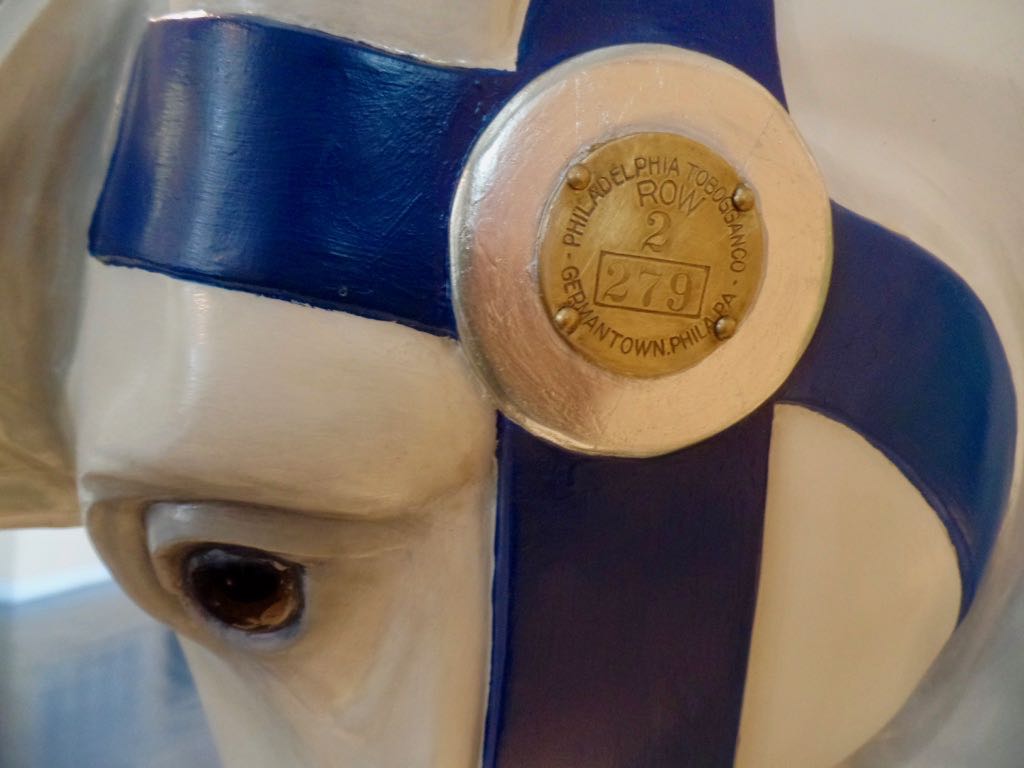 Row and number badge for a Philadelphia Toboggan Company horse. This is on the inside, the non-romance, side where it wouldn't be obvious to readers. If I've understood things rightly the 'row' number counts from the outside in, so this would be to the left of the outermost row. 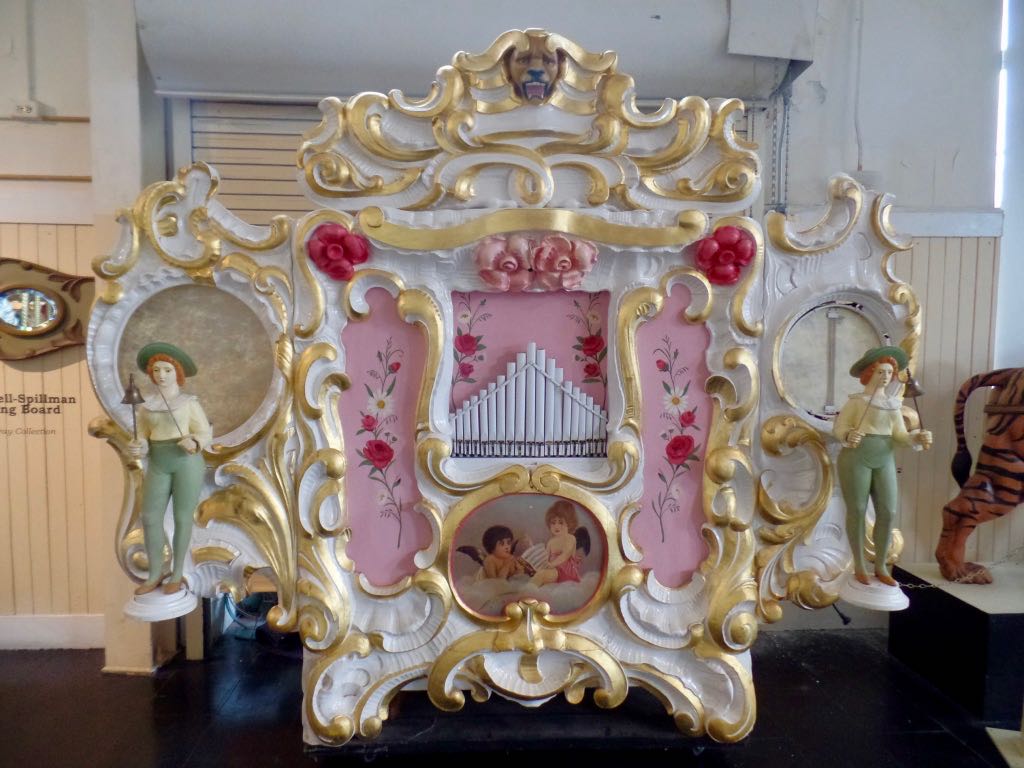 One of the Merry-Go-Round Musem's street organs, although not the one they usually turn on for demonstrations of just how loud these things can be. 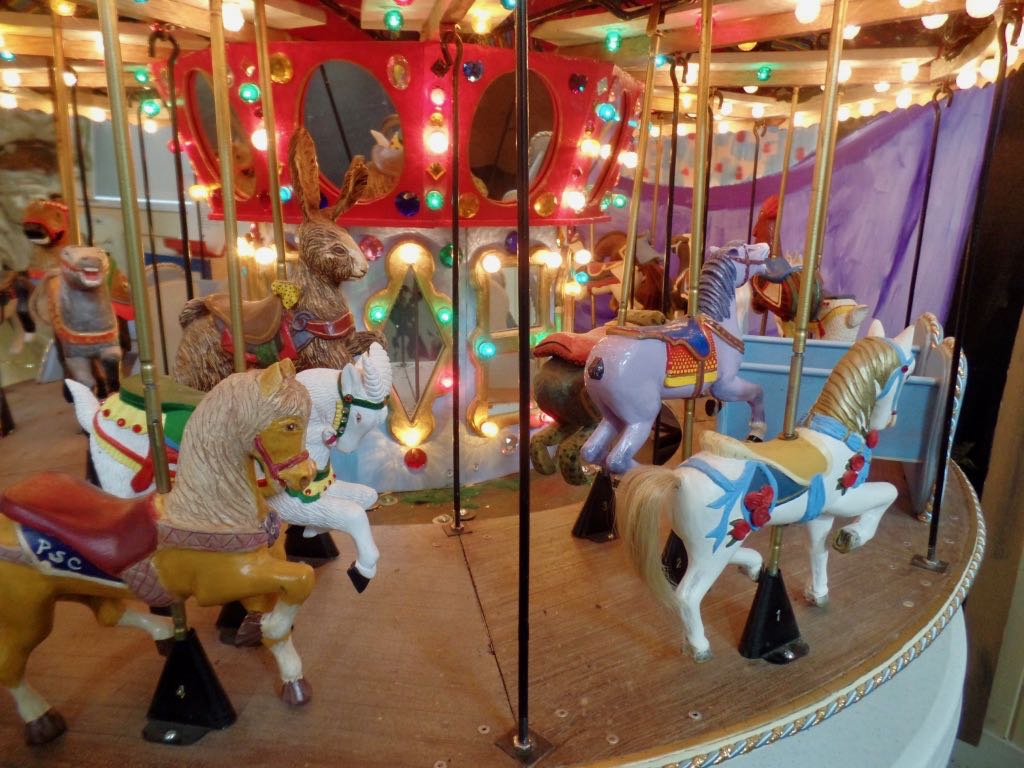 One of several quite detailed miniature carousels at the museum. The lights are working and there's mechanism to make the inside horses rise and fall, although I don't believe that was working yet. 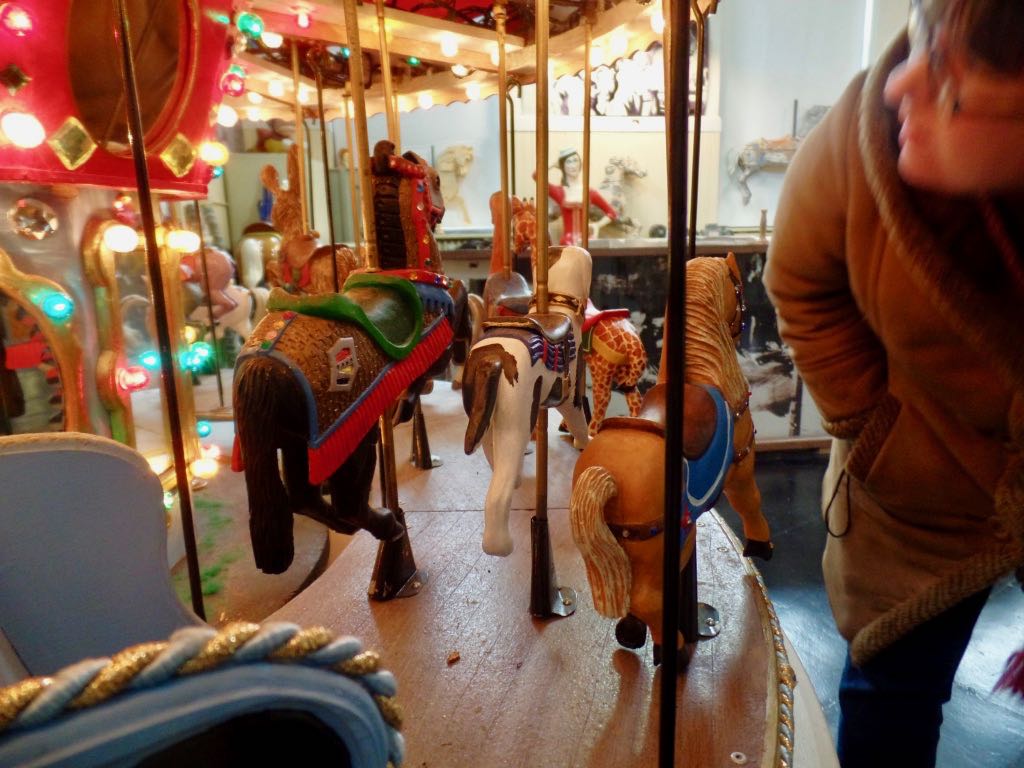 bunny_hugger takes a quick look at the miniature rabbit on the carousel. In the far background is a replica of the Schwabinchen figure from the center of that now-gone Cedar Point ride. 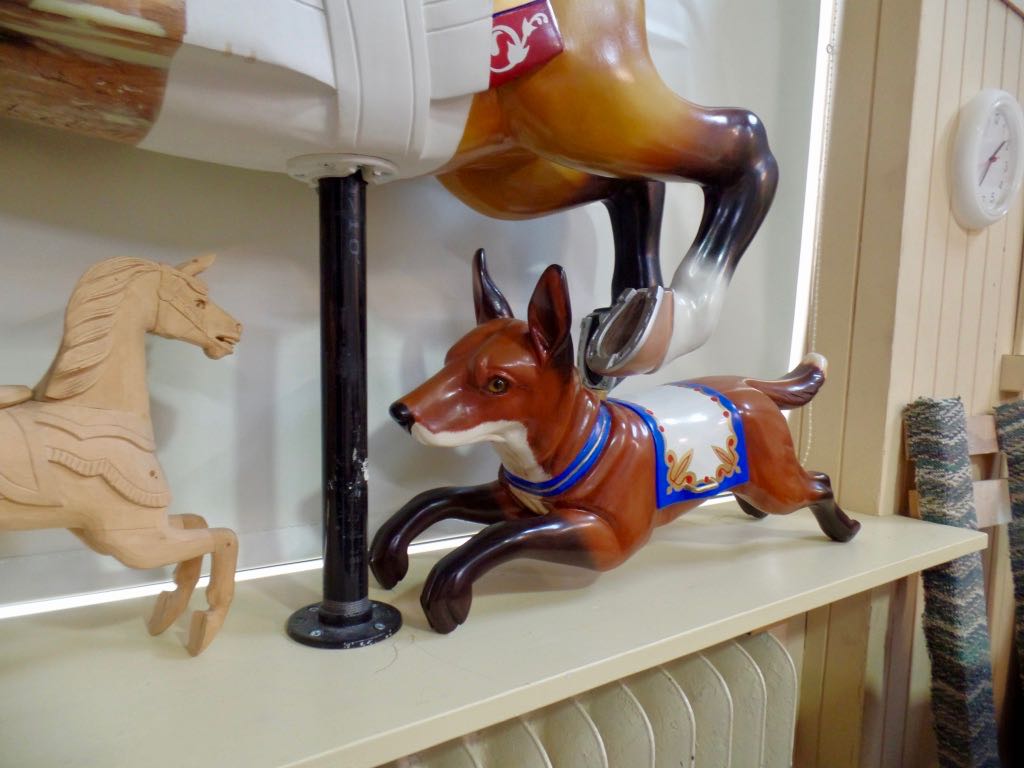 The top is one of the horses they use to show what repair and repainting is like, which is why there's the sharp vertical-line divides between the horse's conditions. Underneath, a kiddie ride mount, a rare fox. 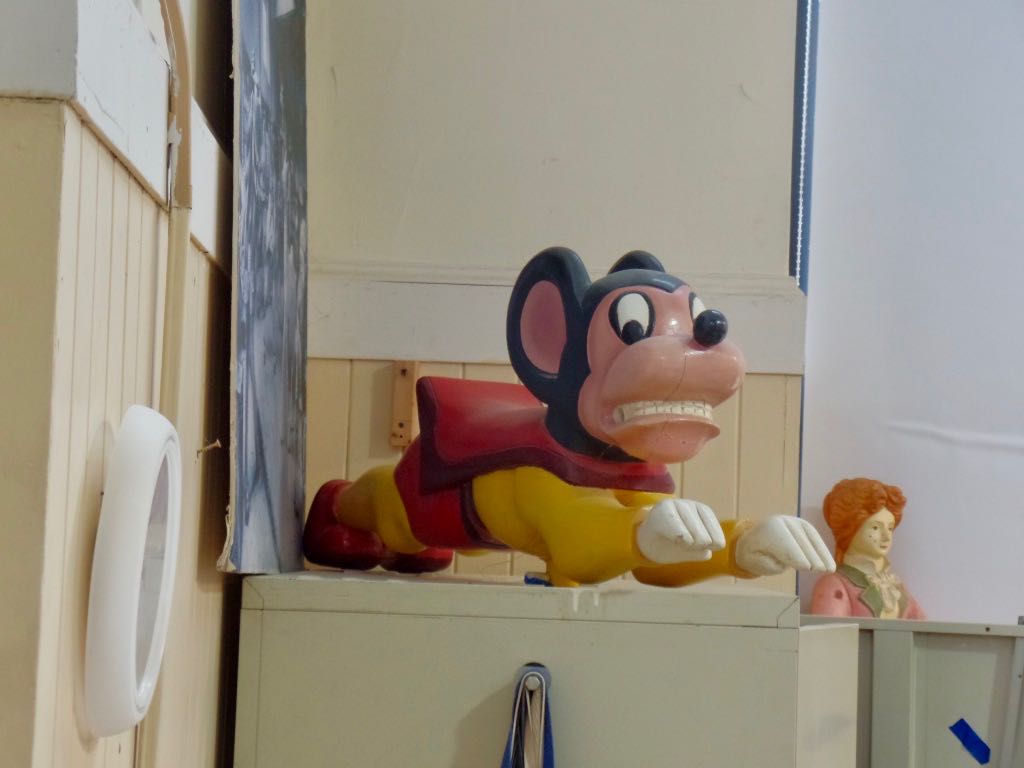 Oh yeah, this little Mighty Mouse is still around. He had been up in the front of the building in previous years. 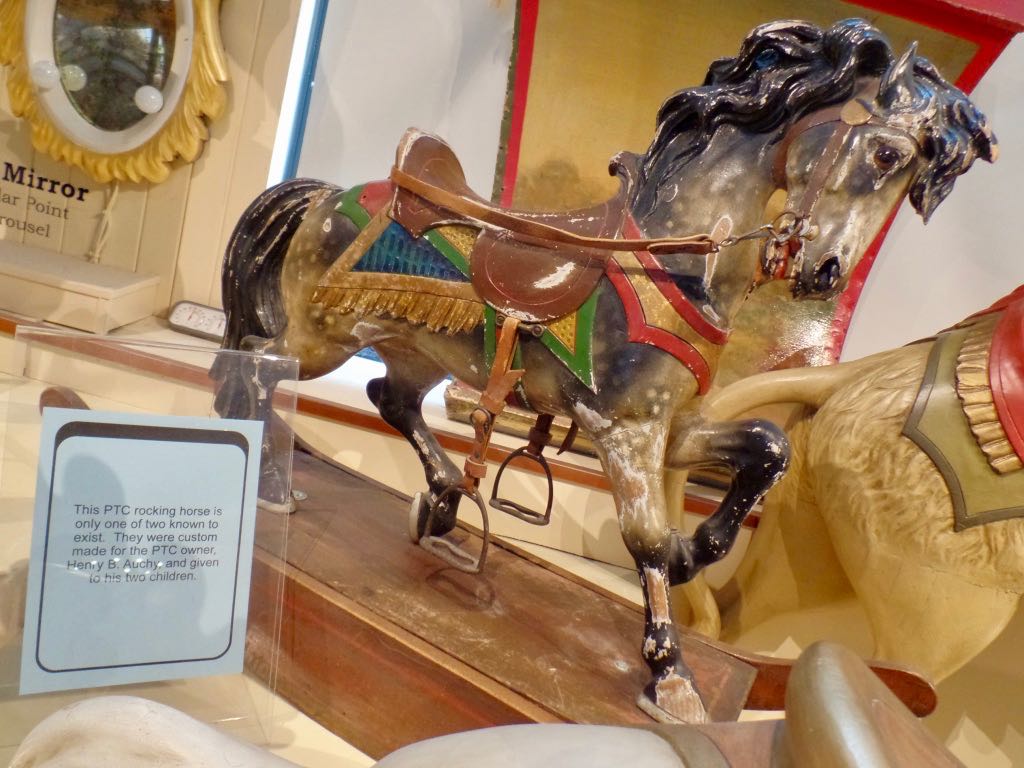 A rare carousel-style horse designed to be a rocking horse. It's something I'm surprised wasn't done more often. Who do you have to be to get something like this? ... owner of the company that carves carousel horses, turns out.

Trivia: The cosmic background radio noise detected on radio antennas in 1965 --- the piece that would make the Big Bang the compelling explanation for the universe's origins --- were detected at the 4080 MHz frequency. Source: It Happend In New Jersey, Fran Capo.

Currently Reading: Dreamlands, Rob Ball. All pictures, many of them modern tintypes, of Dreamland Park in Margate, England. The tintypes and many of the color pictures are from while it was abandoned and derelict; the park, joyfully, has come back to life. (Sad to say it reopened about a month after our last visit to England so we couldn't get there, but, we do want to, at least while it lasts.)