I'm still mostly doing comic strips on my mathematics blog. It's been a busy week even if somehow none of it rates a journal entry somehow?

And then let's clear out the last of pictures from the Merry-Go-Round Museum as seen in October 2017. 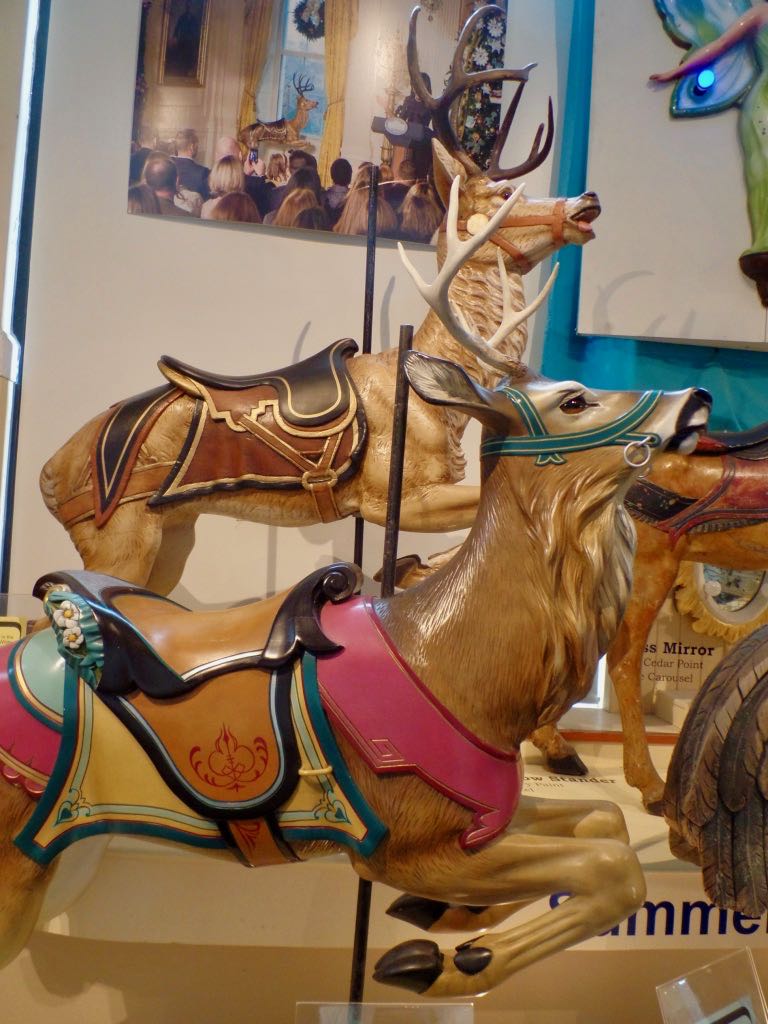 One of the carousel horses that was loaned to the White House as part of Michelle Obama's decoration that year. 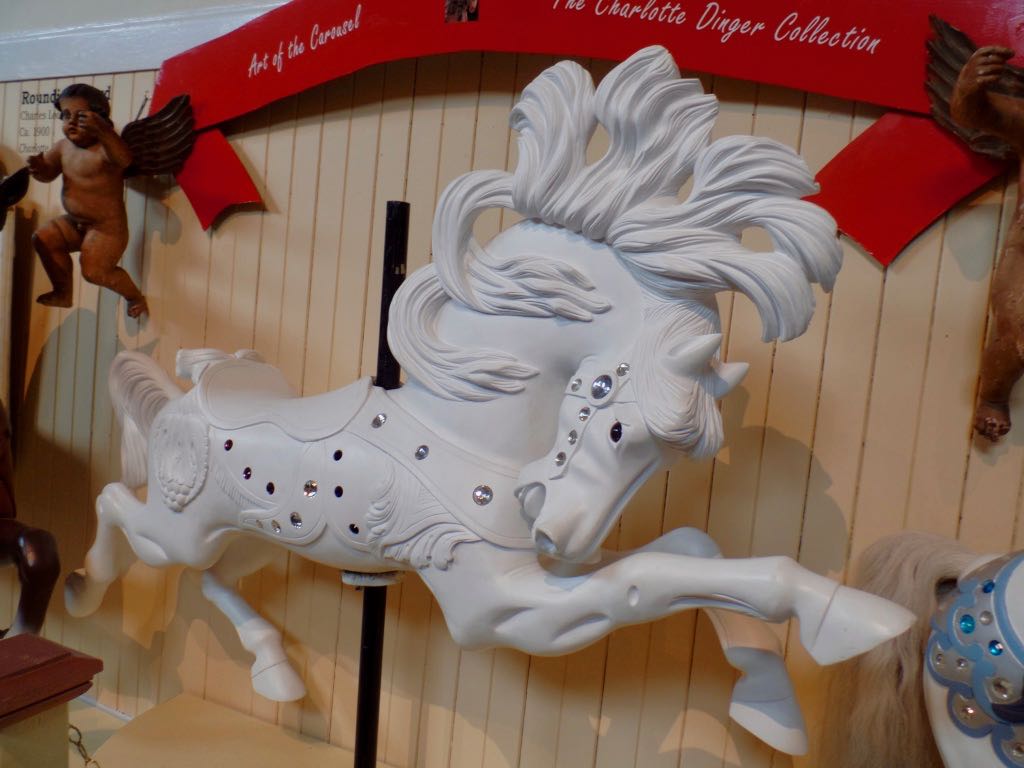 I forget the story of this horse; possibly it's just to show what it looks like with the wood restored and primed but before paint is put on. Lot of jewels in place considering that, though. Hm. 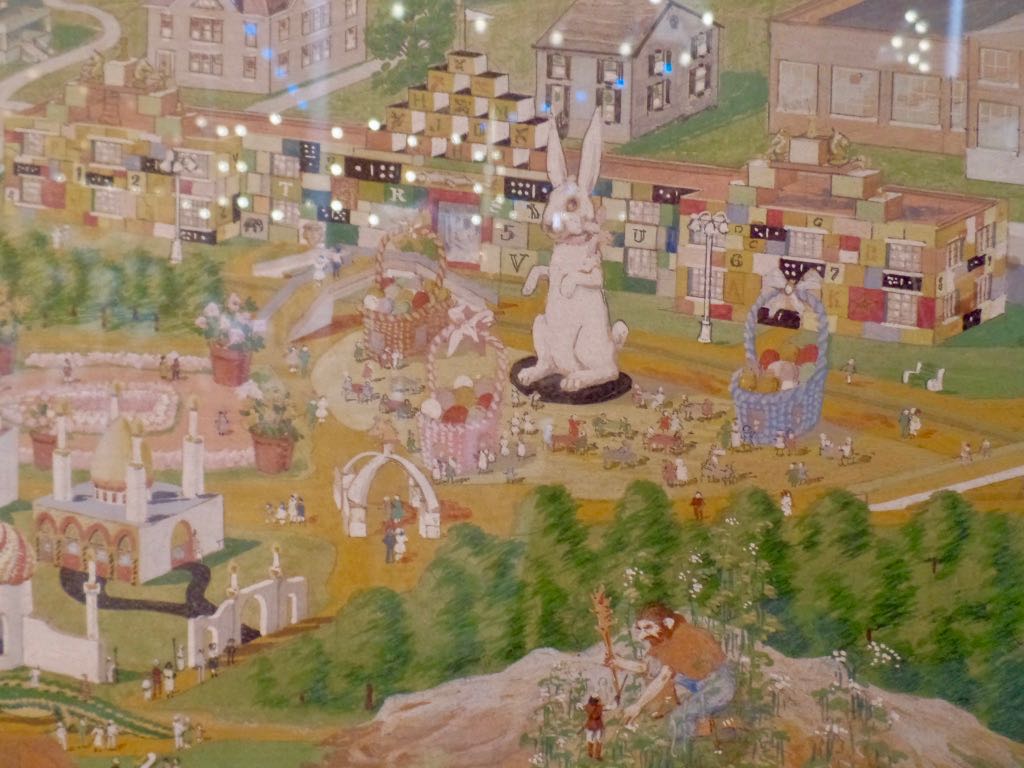 And some more pictures from that fascinating, and huge, display of a proposed ``Toy Town'' amusement park. It's credited as ``Designed by Messmore and Damon Inc'', drawn by H L Messmore, colored by Albert Coppock, and was for a park that was proposed for ... Iowa(?). Among its theme areas would be an Easter section. 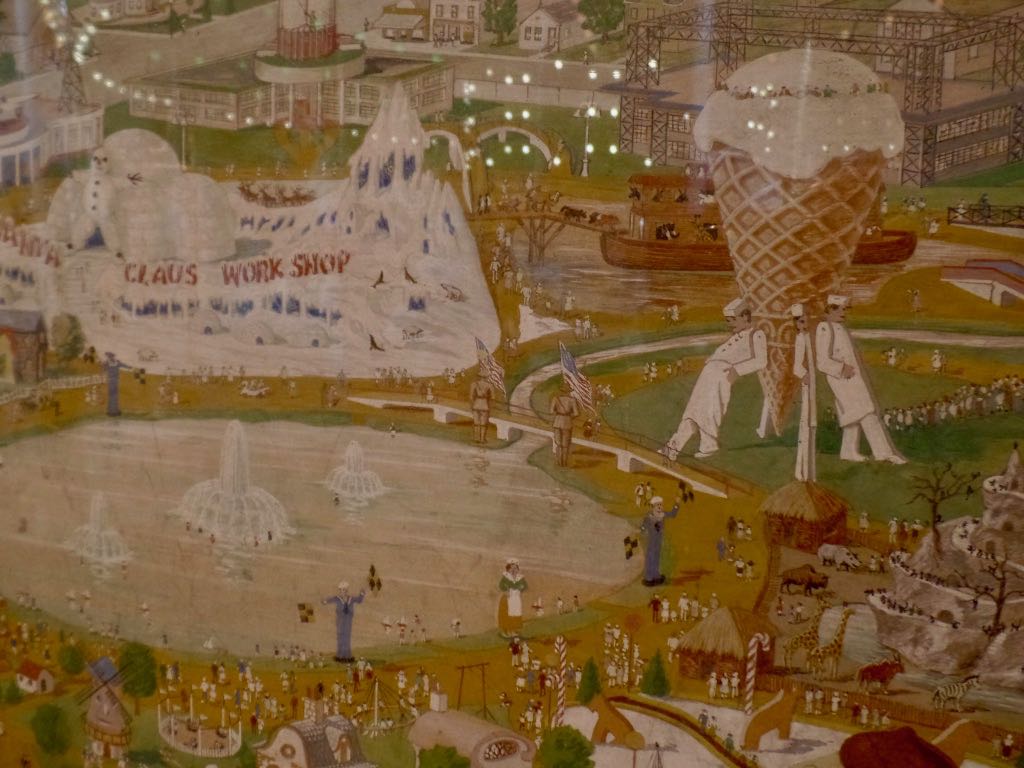 And here's part including a Santa Claus area, a wild-looking ice cream cone observation platform, a Noah's Ark, and ... uh ... a Holland area? 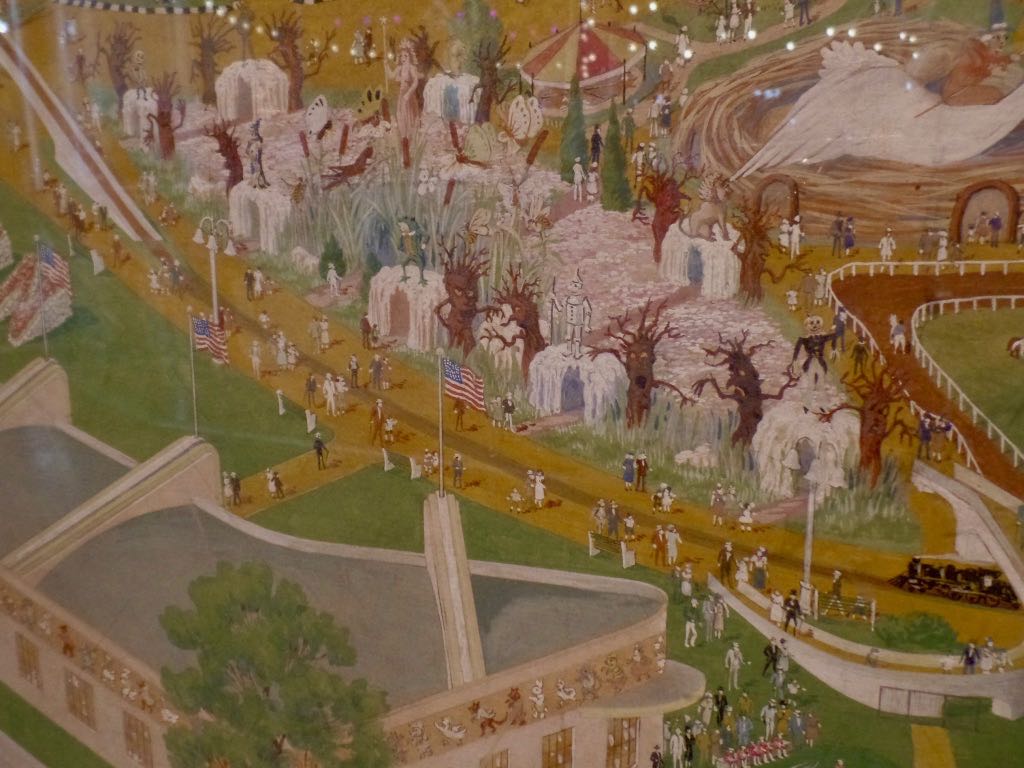 Toy Town, had it been made, would have including this Wizard of Oz area and wouldn't that have been great too? Also notice the dance hall with the row of animals just underneath the roof line. 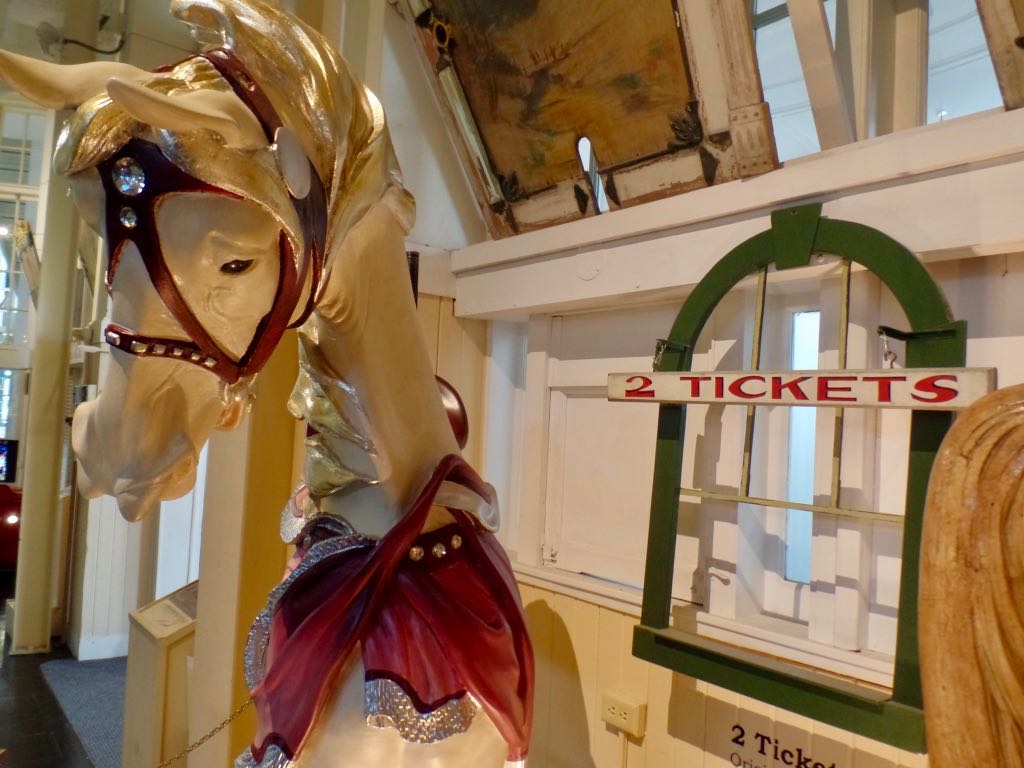 The ticket window here was (if I remember right) that for the carousel ride at Euclid Beach Park, in Cleveland. I'd thought that Cleveland was trying to get it back, too, but apparently their secret agents have been foiled so far. 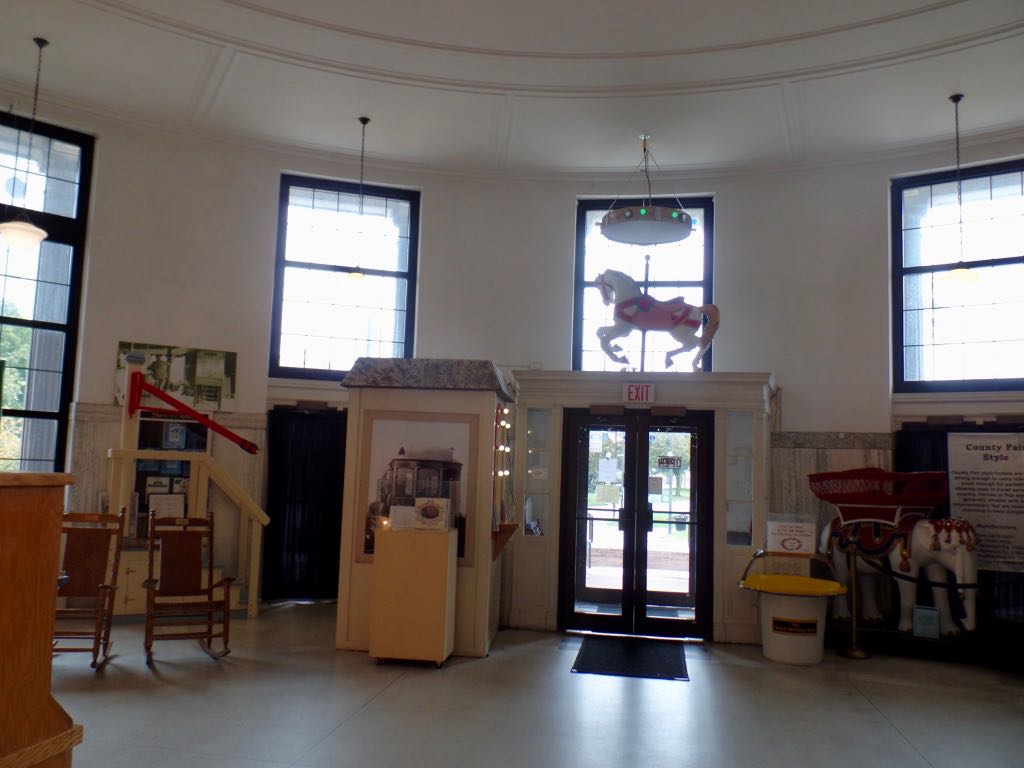 View of the front of the Merry-Go-Round Museum building. When this was a working post office this is the area the public would have access to. 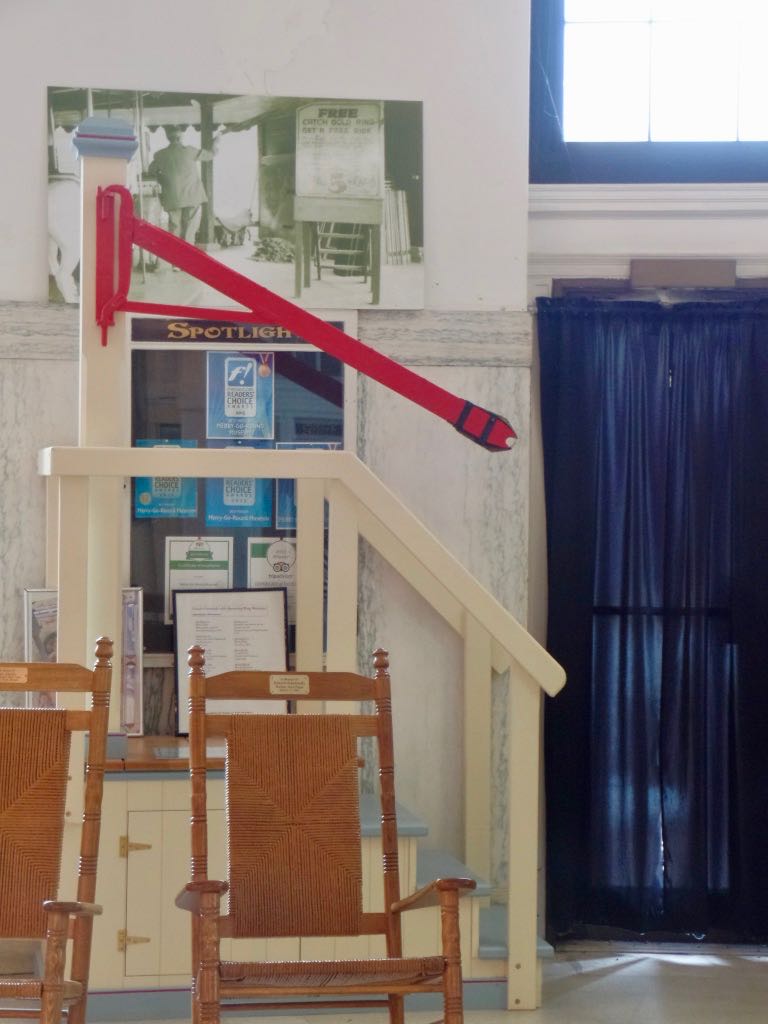 The brass ring dispenser. A ride operator would go up the steps, pour a bucket of mostly silver and one brass ring into the opper up top, and swing the arm out where people on the outside row could reach their hands out and grab a ring. 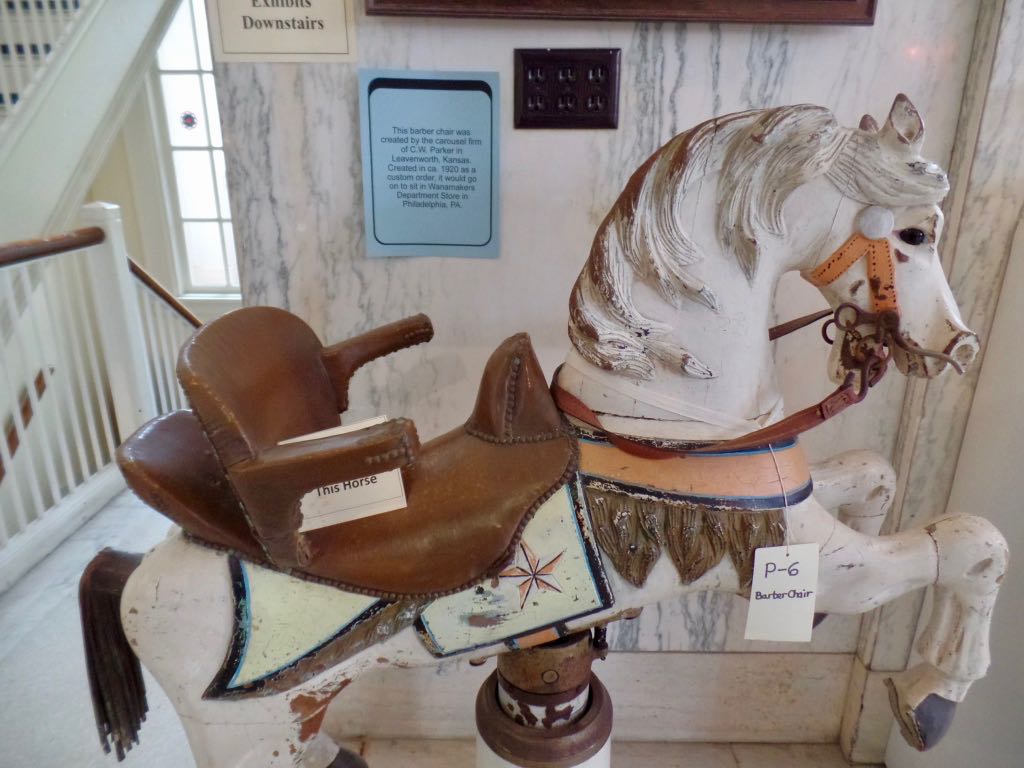 Carousel-style chair set up for kids going to the Wanamaker's Department Store barber and who wanted to spend their entire haircut being told to stop jumping around like they're riding a real horse. 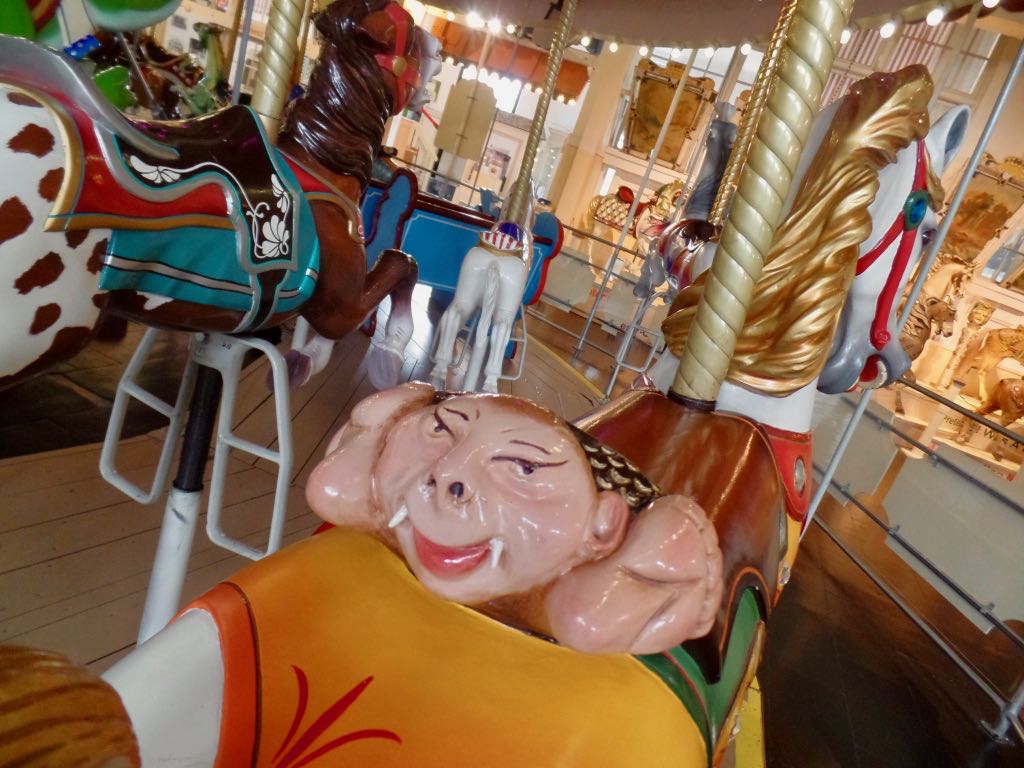 Billiken posed as the secondary figure on one of the museum's own-carved horses and mounted on their antique carousel. It turns out billikens were created by a Kansas City art teacher in the 1890s. And while billikens have mostly been dismissed from American pop culture apparently they're still enjoyed in Pacific Asia? I never noticed them when in Singapore, for what it's worth, but it's quite plausible that I didn't realize this was a relatively modern American import rather than a mysterious figure of ancient lore. 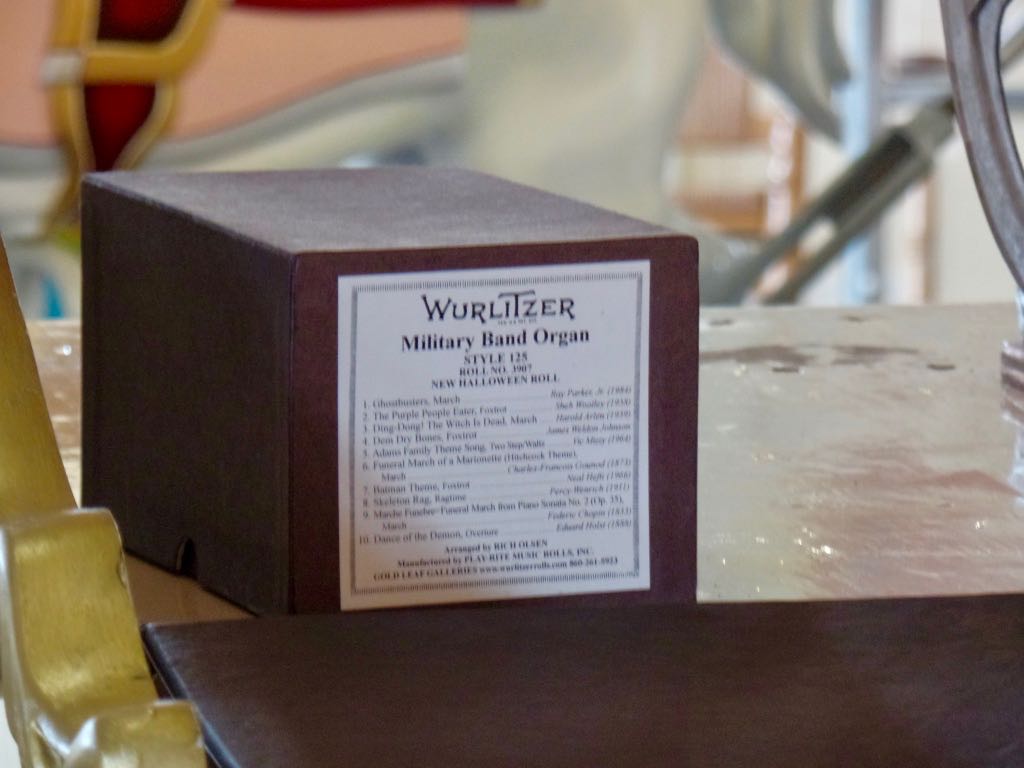 The band organ roll they play during October. The selections: The theme to Ghostbusters; The Purple People Eater; Ding Dong, The Witch Is Dead; Dem Dry Bones; theme to The Addams Family; Funeral March of a Marionette (the Alfred Hitchcock Presents theme); the theme to Batman; the Skeleton Rag; Chopin's Funeral March; and Eduard Holst's Dance of the Demon. 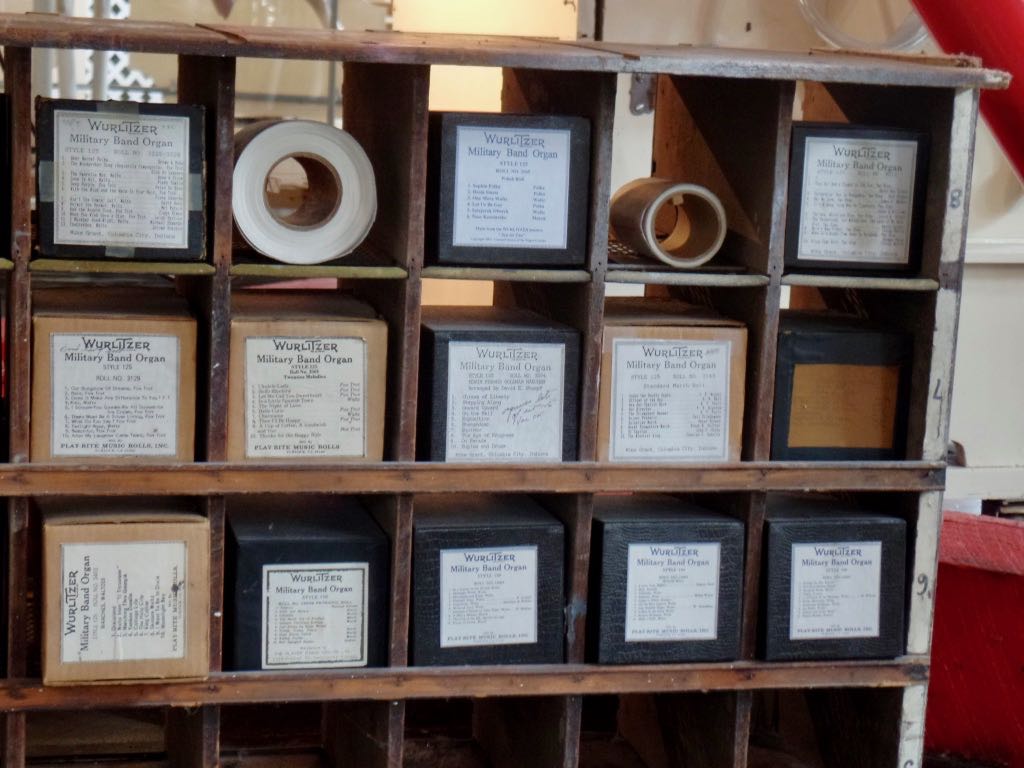 And some of the many other scrolls that they don't use during the Halloween season. There's a lot of waltzes, marches, and the occasional fox trot. And some toe-tappers like Let Me Call You Sweetheart or A Cup Of Coffee, A Sandwich, and You. 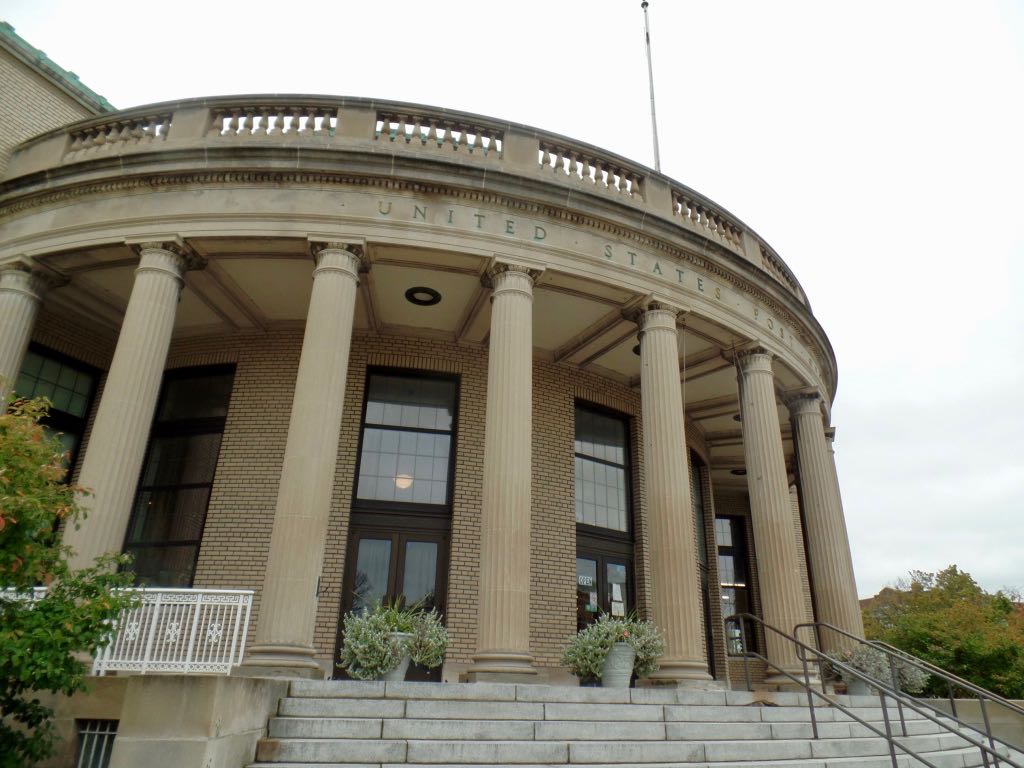 And the outside of the Merry-Go-Round Museum, once one of the rare circular-floorplan post offices. Still looks great.

Trivia: Among the rules set by the American Association in its organizing meeting, the 3rd of November, 1881, was that the home team would be obliged to pay each game's umpire. In the National League the umpire was paid by the visiting team. Source: The Beer and Whiskey League: The Illustrated History of the American Association --- Baseball's Renegade Major League, David Nemec.