Burgers and fries and cherry pies, it was simple and good back then

Some other stuff done during

bunny_hugger's spring break. We took a day to go to her parents. We've been averaging about one visit a month there. Might not be enough for her but it seems to be hard to find more chances, now that half of all days are pinball events.

bunny_hugger's father wanted to show off the French fry maker and equipment that was his whole wish list for Christmas, and that I'd done so much to mess up at the actual day. He's used it before at least once and this was a good chance to see what he could do. The biggest controversial moment was his revelation that he didn't wash the potatoes before slicing them up because ... I'm not clear, really. I guess that being fried in oil for sixteen minutes would kill anything anyway, and brushing some water on the potatoes wouldn't help appreciably. Maybe not, and it's not like they weren't rinsed before shipment to the grocery anyway, but still.

bunny_hugger's mother made the burgers, vegetarian patties which she fried in a pan. This went so well it inspired me to try grilling vegetarian burgers in a pan, rather than leaving them in the oven, later in the week. Mine didn't work so well; I ended up burning the edges of the burgers somehow, despite following the directions on the package. (The interior was good, though, so I'm apparently on the right track.)

Afterwards we made another try at the first chapter of the Mice and Mystics expansion set. We've been beaten by the new chapter twice already. But this time, with some better use of our party's spells, and some lucky rolls, we ... got beaten by the new chapter. But we got much father along, with things not turning bad until one room where we unfortunately set off a ``surge'' of a new, major minion and, we think, messed up our priorities about which to go after first. It was really going well, though, right up to the point it wasn't. I bet next time we crack it.

Trivia: The first woman named to the Ford Motor Company board of directors was Marian Heiskell, who joined in the spring of 1976. Heiskell was of the Sulzberger family, owners of The New York Times. Source: Ford: The Men and the Machine, Robert Lacey.

PS: Getting back from the Merry-Go-Round Museum to Cedar Point. 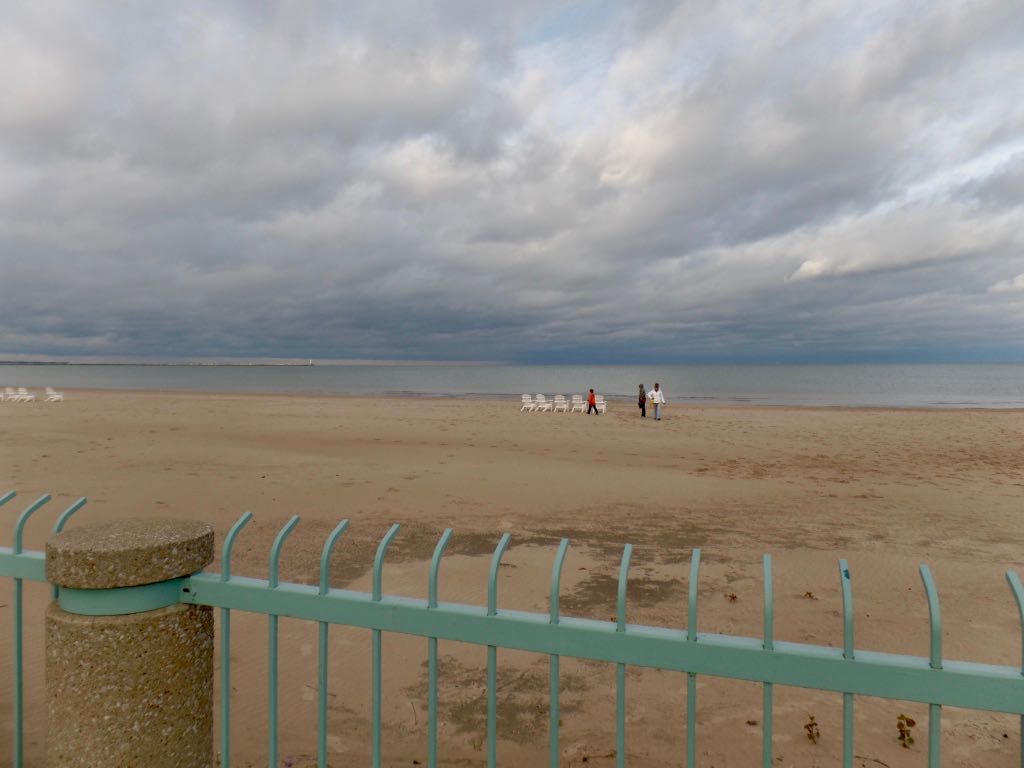 Who wouldn't enjoy the cold beach of a late October day on Lake Erie? 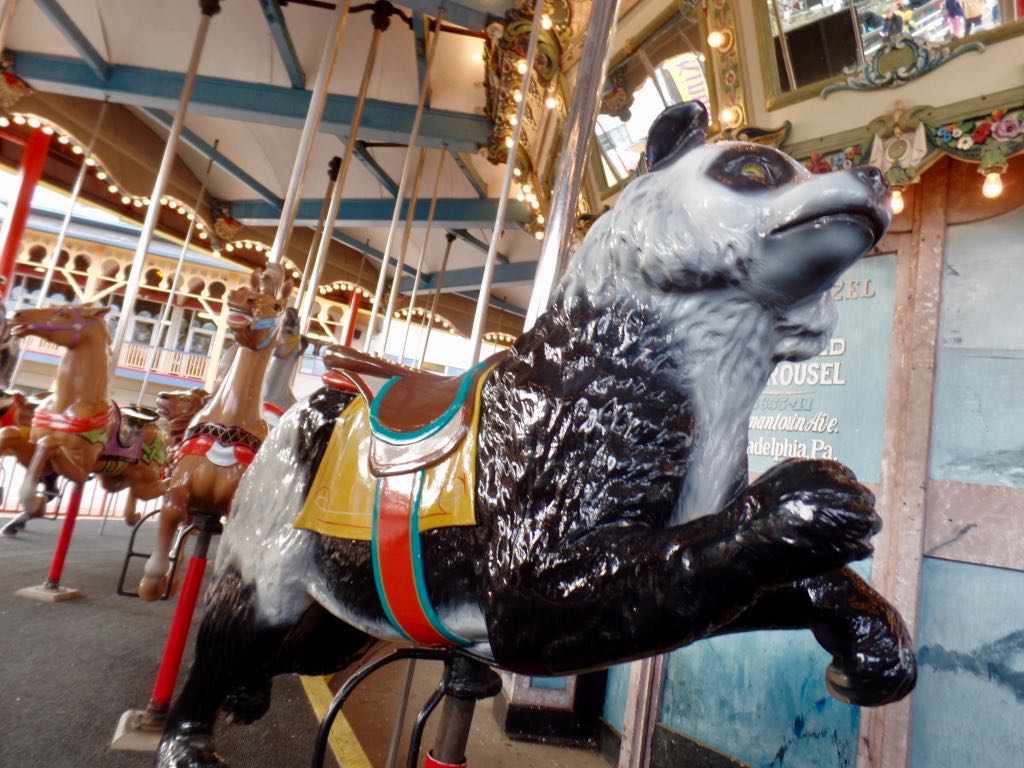 Giant Panda on the Kiddie Kingdom carousel. It was certainly a bear when it was originally carved, but the question is when it got turned into a panda. It seems plausible it might have changed over during the Giant Panda craze of the 30s, when westerners finally found out this creature wasn't just a legend, and Walter Lantz created the immortal Andy Panda cartoons that you all remember as featuring a character that sounds like the name of a cartoon character. 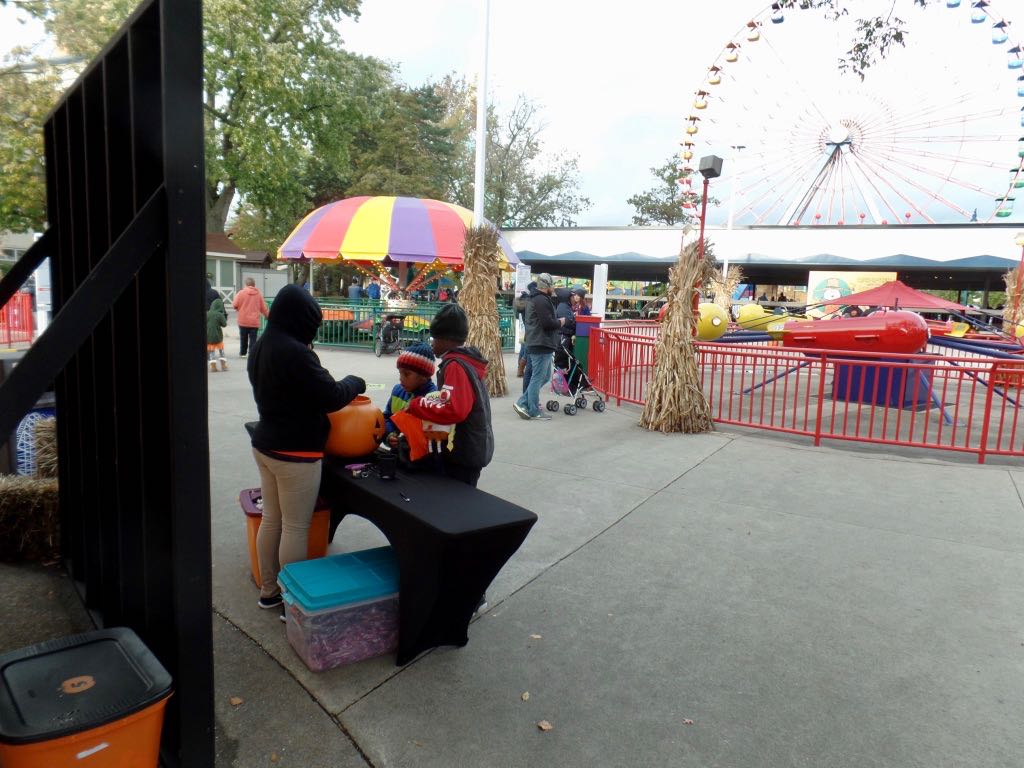 Trick-or-treating station inside the Kiddie Kingdom.