Now I need to find my way

And another thing from Spring Break was we got to the movies. Particularly, the movie theater in Williamston, the next town east. The Sun Theatre there is a 1940s-era sidewalk cinema, one projection room and a lobby that opens right onto the street. It had closed sometime in the 70s, reopened 1980, and it had a successful kickstarter a few years ago to get the digital projection technology that studios use these days to lock up and limit access to films. The theater has two tiny bathrooms, doors opening onto the screening room, so if you do go you don't have any chance of missing the sound of the film. It's also got a Cry Room upstairs, a small room meant for parents to take crying kids where they won't disturb the general audience. We've never been up there, but we should sometime, just to see the relative novelty.

Sad part is the theater was looking bad. There were a lot of ceiling tiles gone, or water-damaged, and a matching set of seats roped off. Apparently the roof's not had a good winter. Which is understandable. It wasn't a brutal winter, but it was one with a lot of heavy snow followed by warm enough temperatures to melt (our goldfish pond was open water several times) followed by freezing, and that's rough on a place. Also the theater was nearly empty, which might just be that it was Monday the second week of the show's run. We hope it's nothing more than that.

As for the movie? It was How To Train Your Dragon: The Hidden World, the third(?) movie in the series. Mostly we went to see because of the promise of Female Toothless and the movie delivered that. The movie was at its best, really, when people weren't talking. Toothless trying incompetently to do something mating dance-like was great. Venturing into awesome scenic beauty full of dragons of all body shapes? That's great stuff.

The plot? ... Well, we missed the second and possibly any other movies in the series so we have the sense there's stuff we should have known going on. But we both realized that, fundamentally, we had no idea what the Big Bad's plan was. The movie set him up as a dragon-hunter with such a devious mind that he could think several steps ahead and anticipate the heroes' moves, and force them to put themselves at risk. All right, but how does he know these actions are going to lead to this result? I get they're going for that Xanatos thing where there's somehow always a plan to handle whatever the heroes chose to do. But it was preposterous in Gargoyles too that everything was some contingency, and there at least there were months or years for Xanatos to think up and implement plans. In the movie, there's just a couple days. Is the villain really that clever or has he just got the advantage that the screenwriters are on his side, up through the big fight scene at the end?

We liked the movie well enough. And were glad to see it at the Sun Theatre, even if the place has had a bit of a winter.

Trivia: Soy sauce is the third-best-selling condiment in the United States. (Mayonnaise and ketchup are ahead of it.) Source: Eight Flavors: The Untold Story of American Cuisine, Sarah Lohman.

Currently Reading: Gotham Unbound: The Ecological History of Greater New York, Ted Steinberg. ``As early as 1906, a water sample taken from the Gowanus Canal revealed an oxygen saturation of 0 percent.'' ... Well, that's sunny. You'd like to think it's not literally true that capitalism grows only by killing the Earth but there's some pretty noticeable correlations here.

PPS: And the Halloweekends 2017 trip, back at Cedar Point. 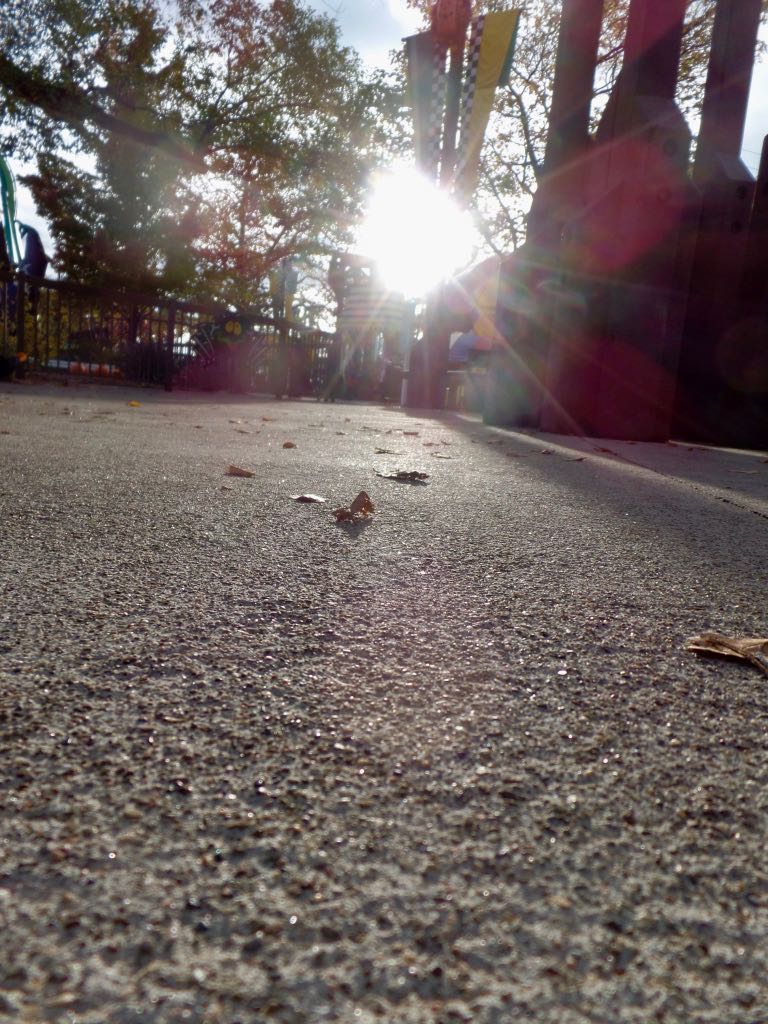 And then I went and got arty again, shooting very close to the ground in the Kiddie Kingdom. 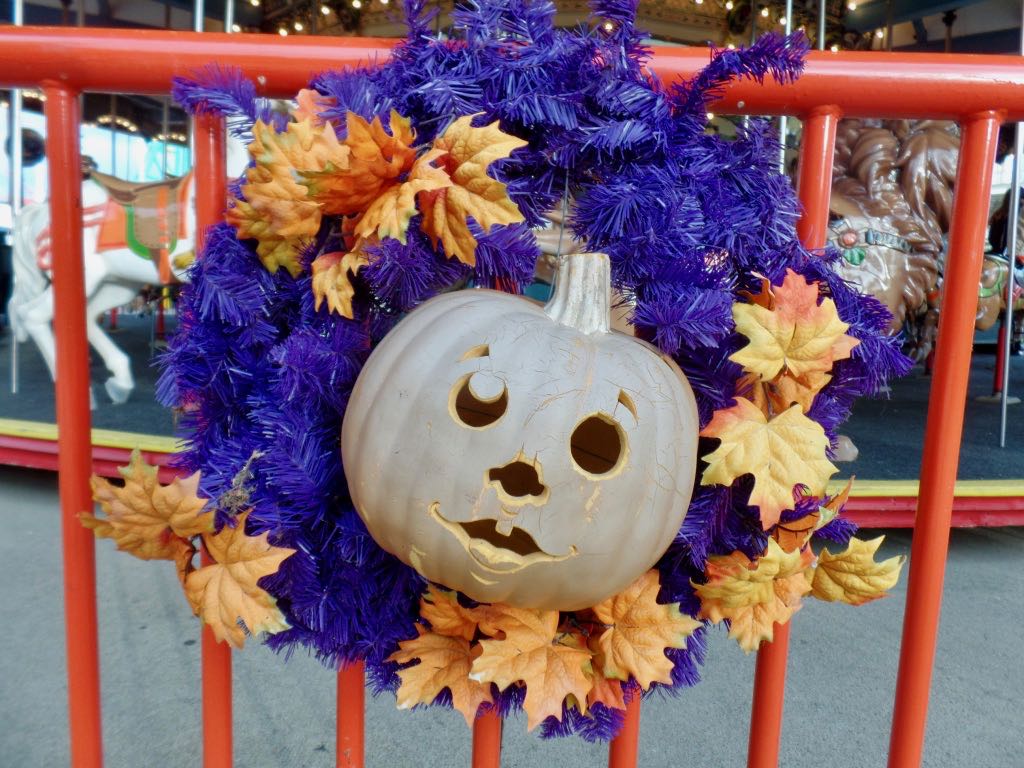 Jack-o-lantern figure and Halloween wreath decorating the gate outside the Kiddie Kingdom carousel. 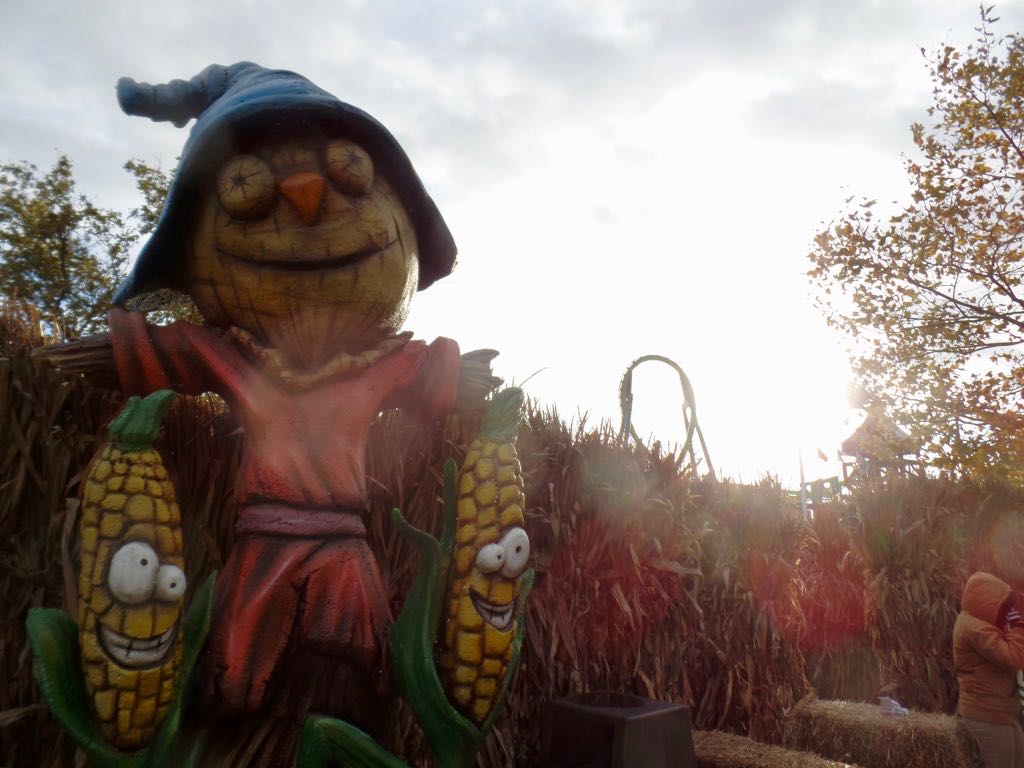 Figures outside the corn maze at Cedar Point. That's, I think, Rougarou in the background. Cedar Point has the Peanuts license so it's neat to see them going with some other-brand figures for this.