Rising spooks of every size

So we're falling back into days I don't have enough to talk about. Please enjoy some more pictures from Halloweekends. 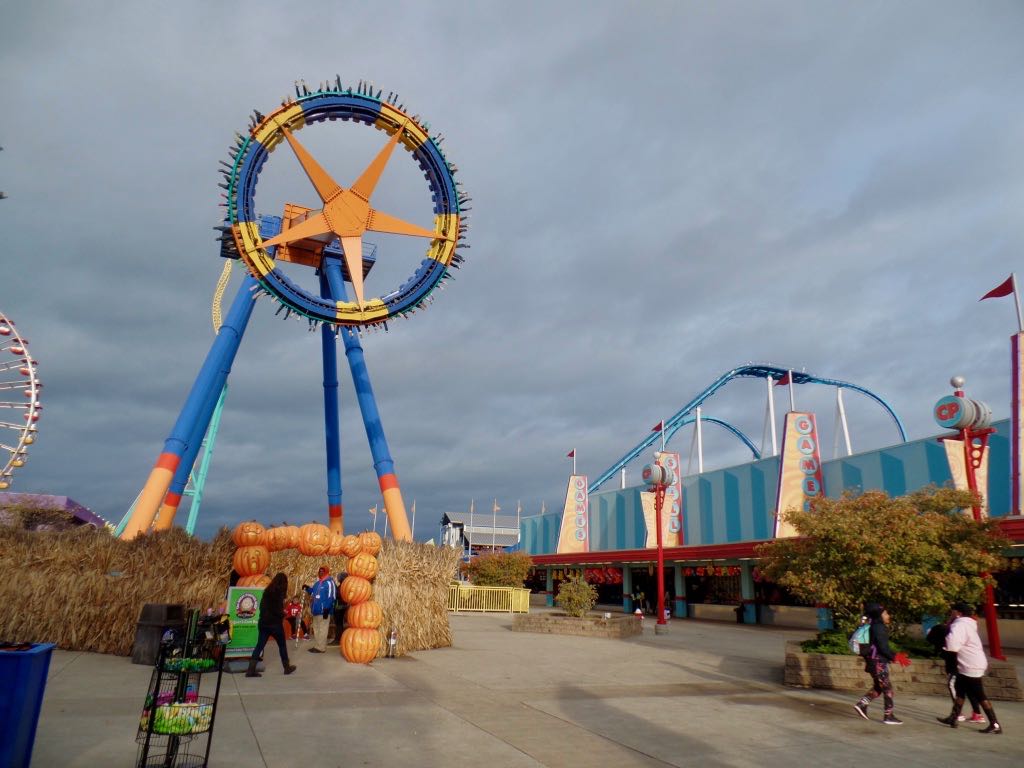 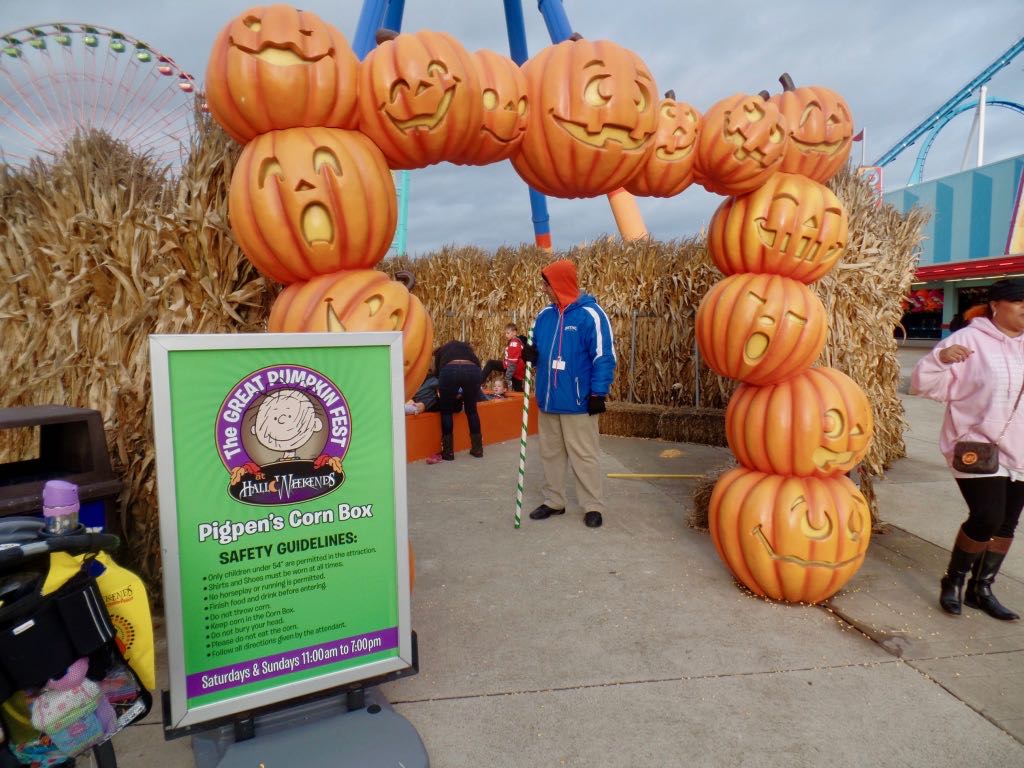 The trouble with having the Peanuts license at an amusement park if you try to think of things that tie any attraction to any character's personality you have ... uh ... Snoopy as the World War I Flying Ace for some kind of flying ride and that's about it. Pigpen's Corn Box --- a sandbox except it's ... corn kernels --- is probably as good as you can do. 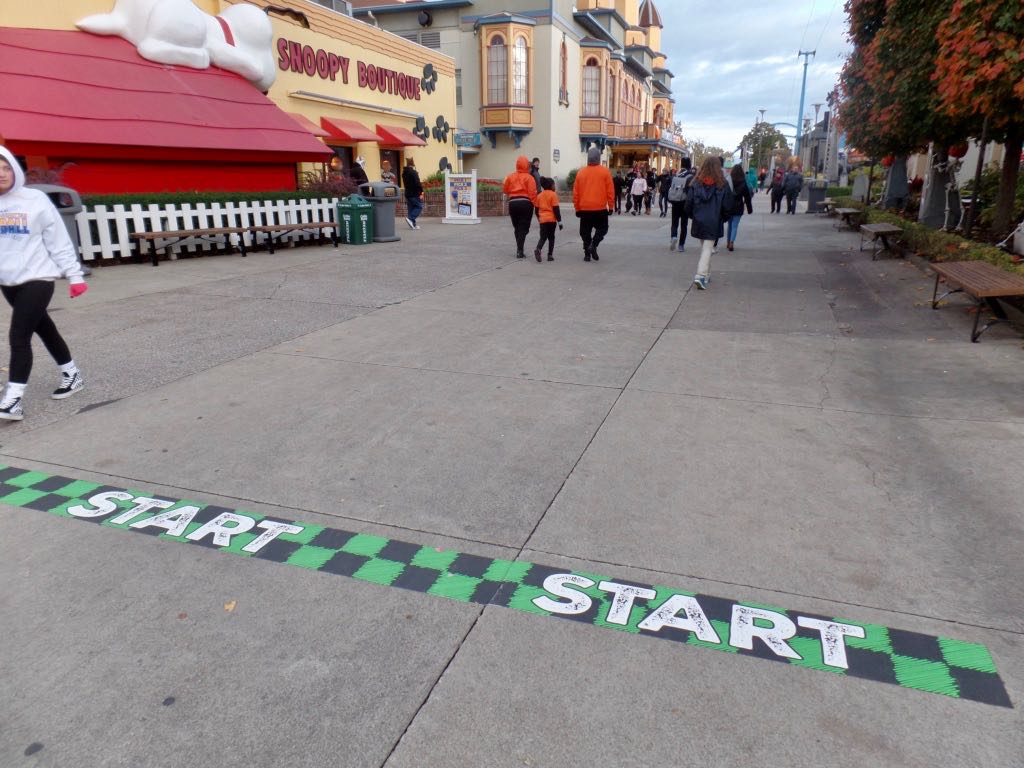 Any questions? ... Yeah, there's the obvious. I think that there was some scheduled event where things would race, and this was the start line, but we never saw it. I suspect we just weren't there the right time to see it. 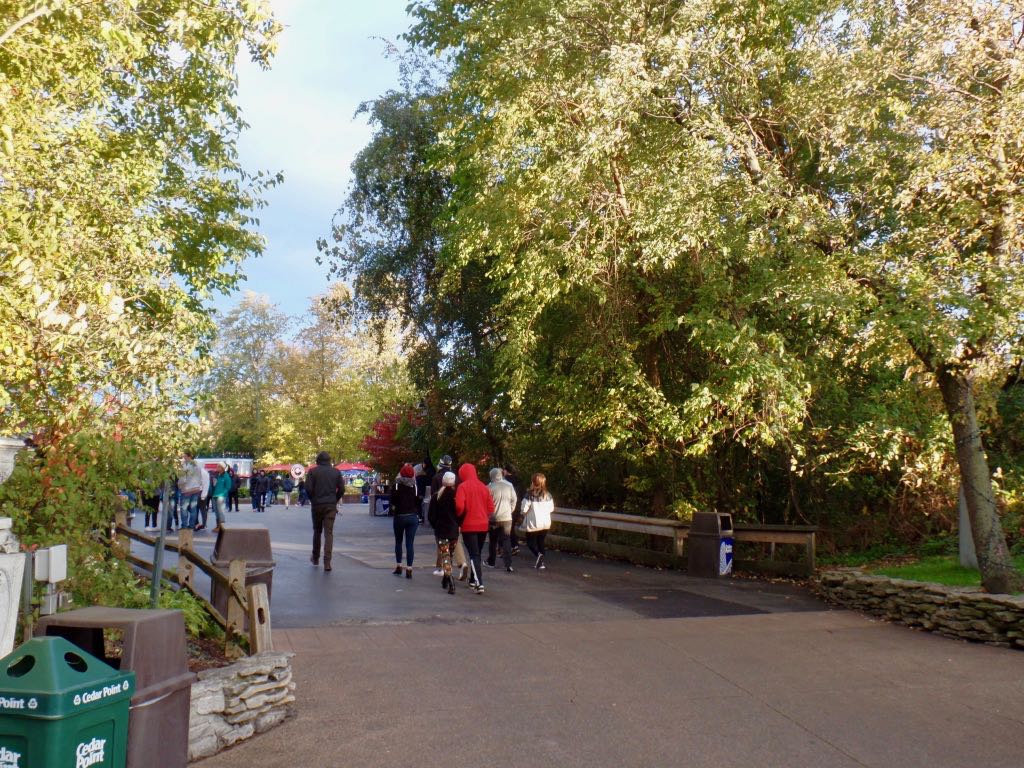 So it turns out it was a beautiful day, and the trees were still rather lush for autumn. 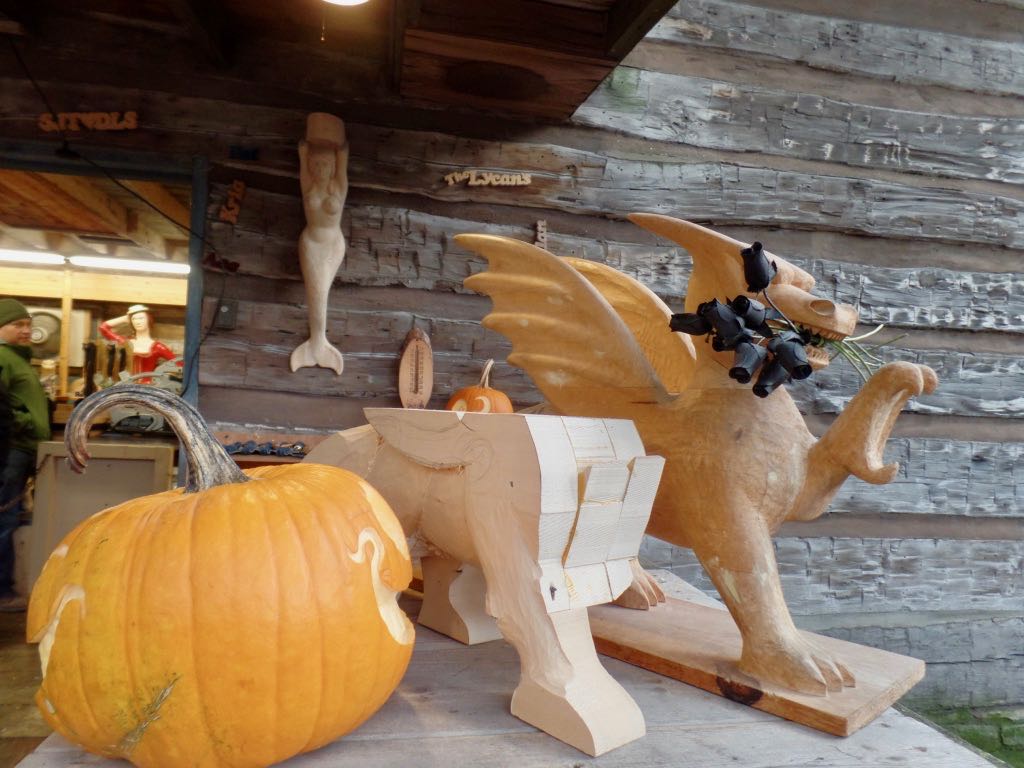 Decorations set up outside the wood-carving shop, which we love checking in on as the carver also works at the Merry-Go-Round Museum and absolutely loves talking to people who have interest in and knowledge of carousels. Note there's another Schwabinchen figure in the back. 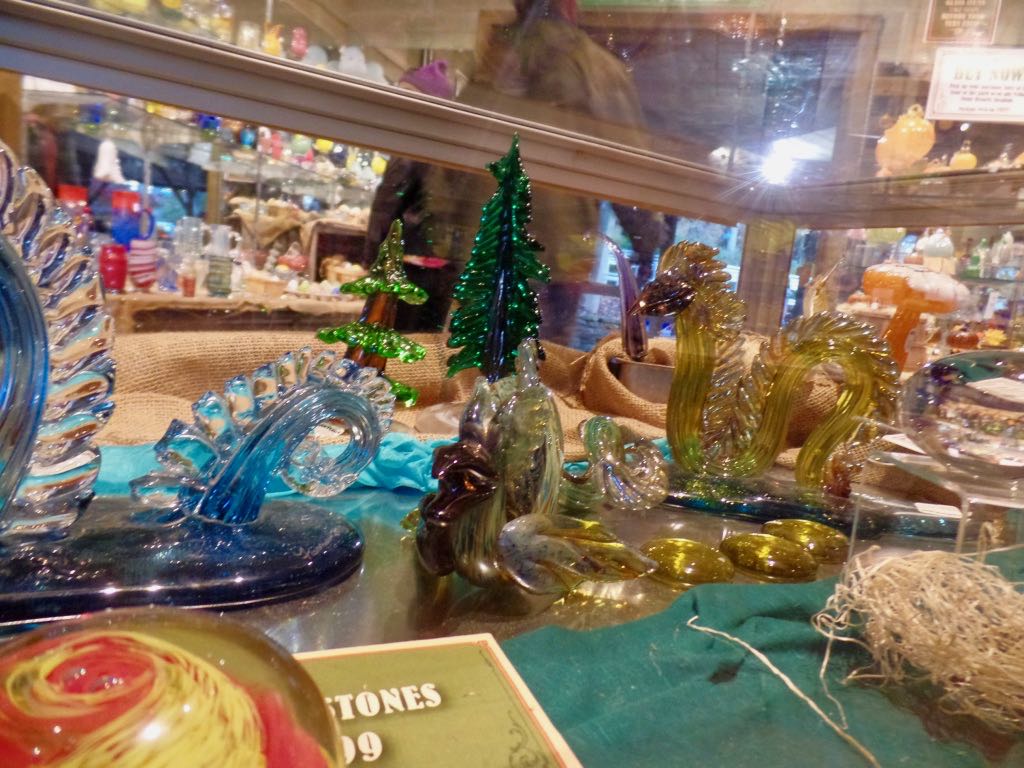 Figures for sale in the glass-blowing shop, including a bunch of sea serpents that are gorgeous and impossibly expensive. 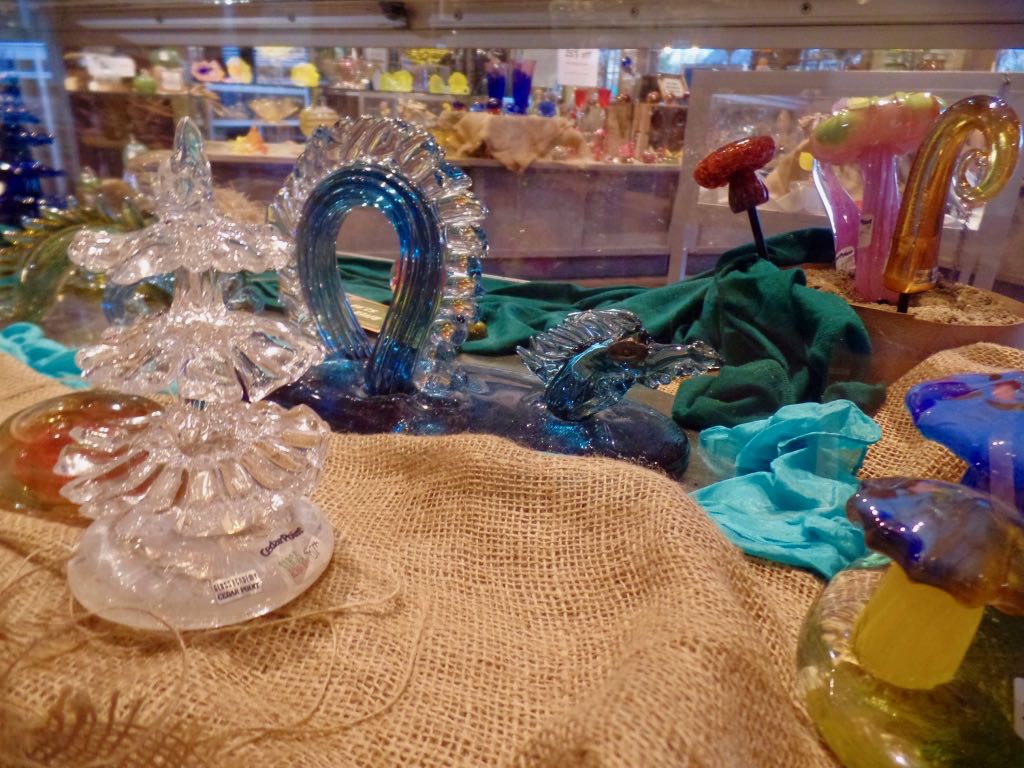 Seriously, look at that blue sea serpent. Who wouldn't love that, if it didn't cost as much as a small-to-medium car repair? 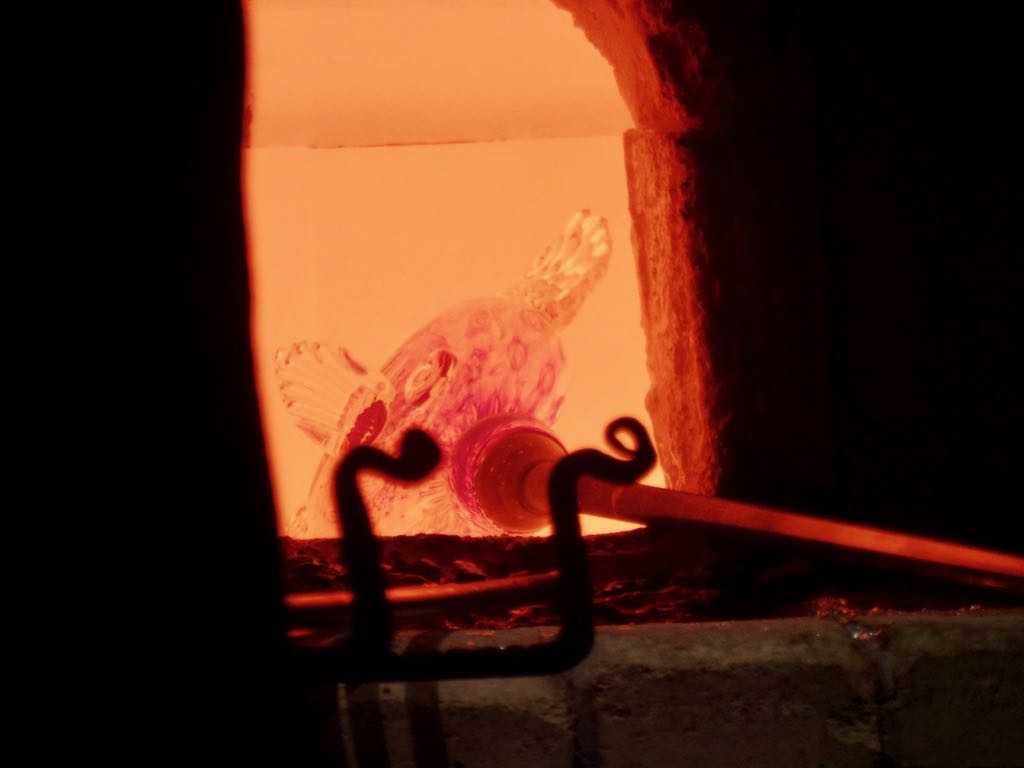 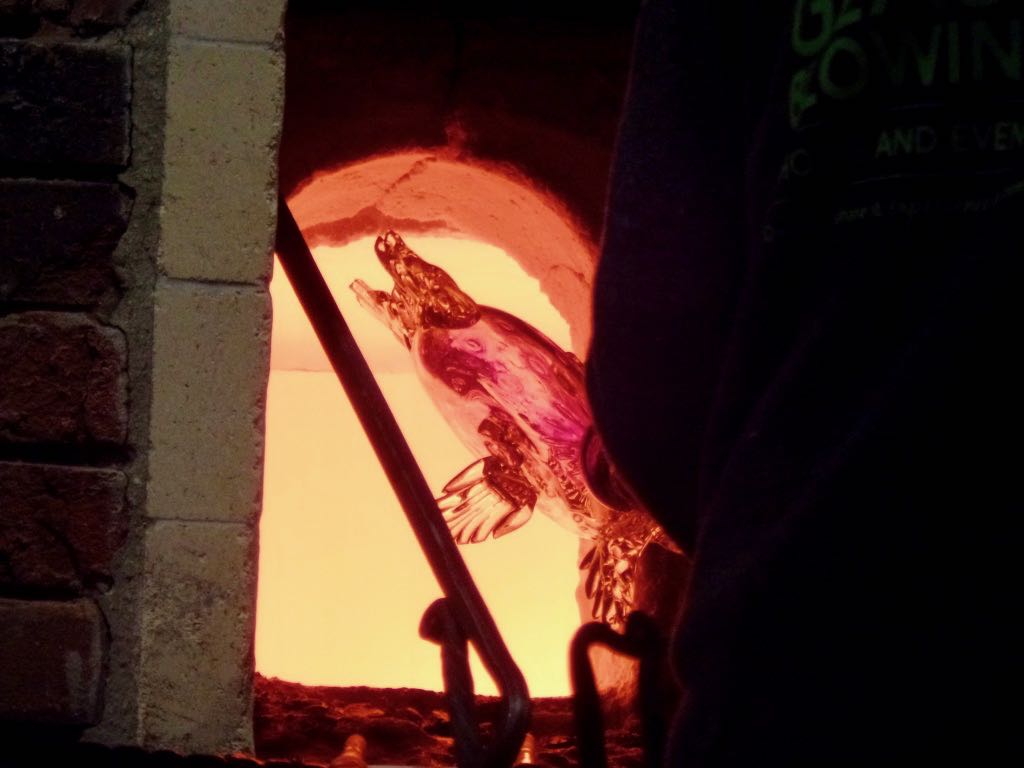 I hope you get an impression of the heat here. It was this wonderful jet of warmth in the late October day. 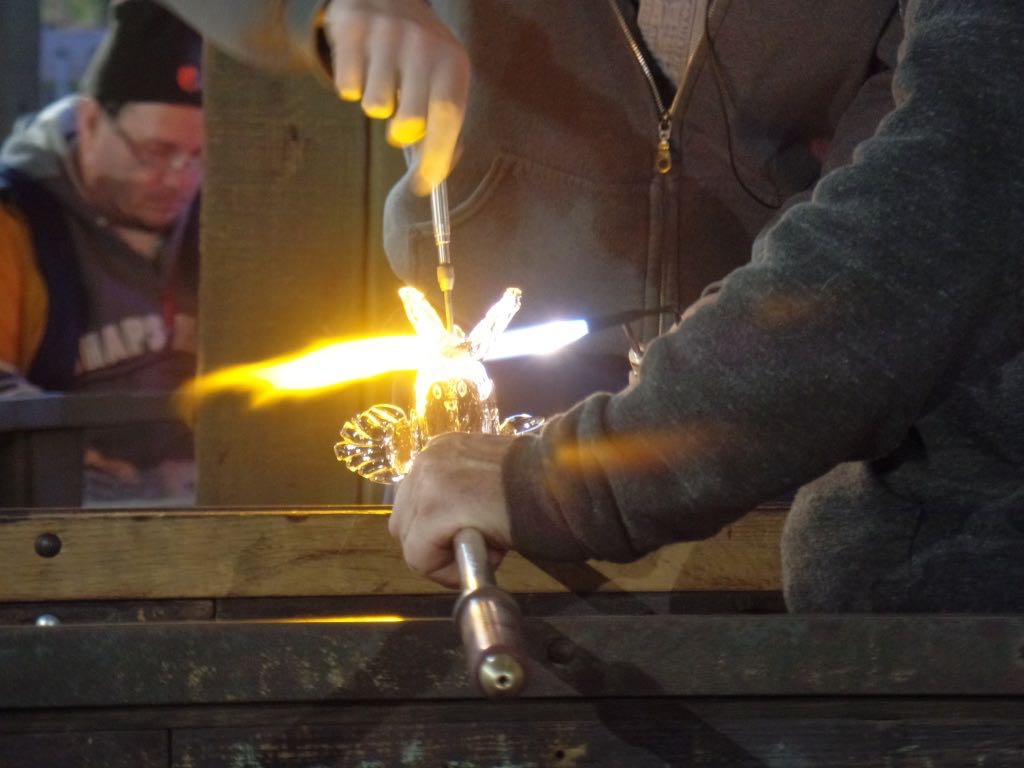 Glass-blowers adjusting some detail on the goldfish. 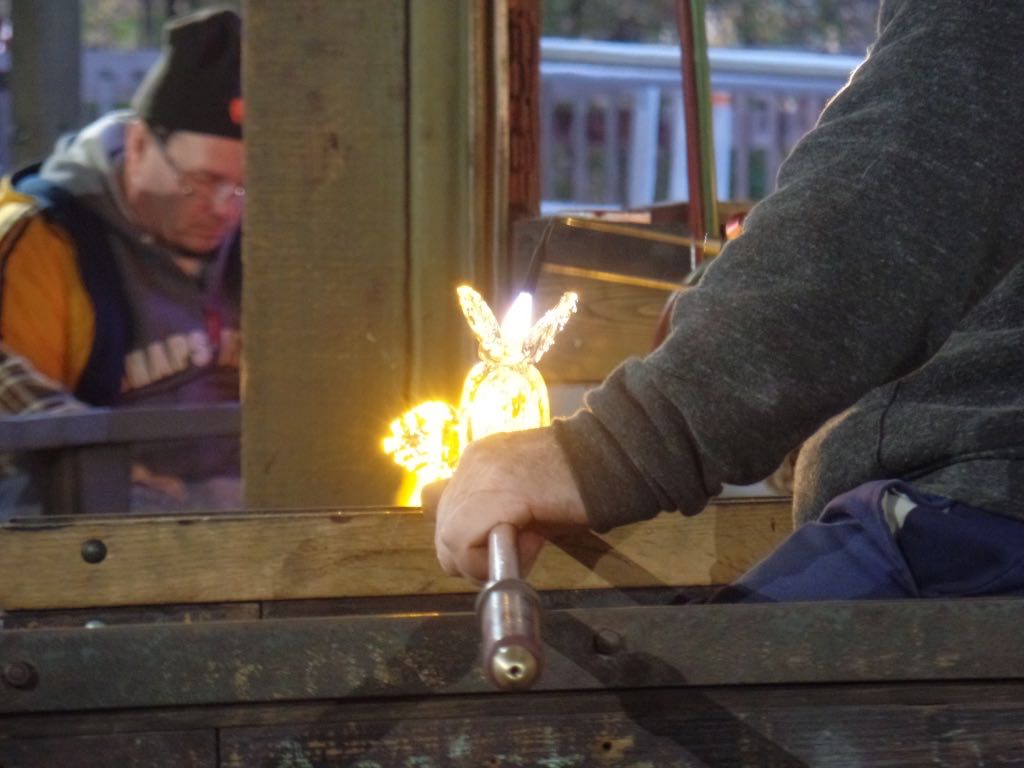 Glass-blowers infusing the goldfish sculpture with enough magic to take down the boss of this level. 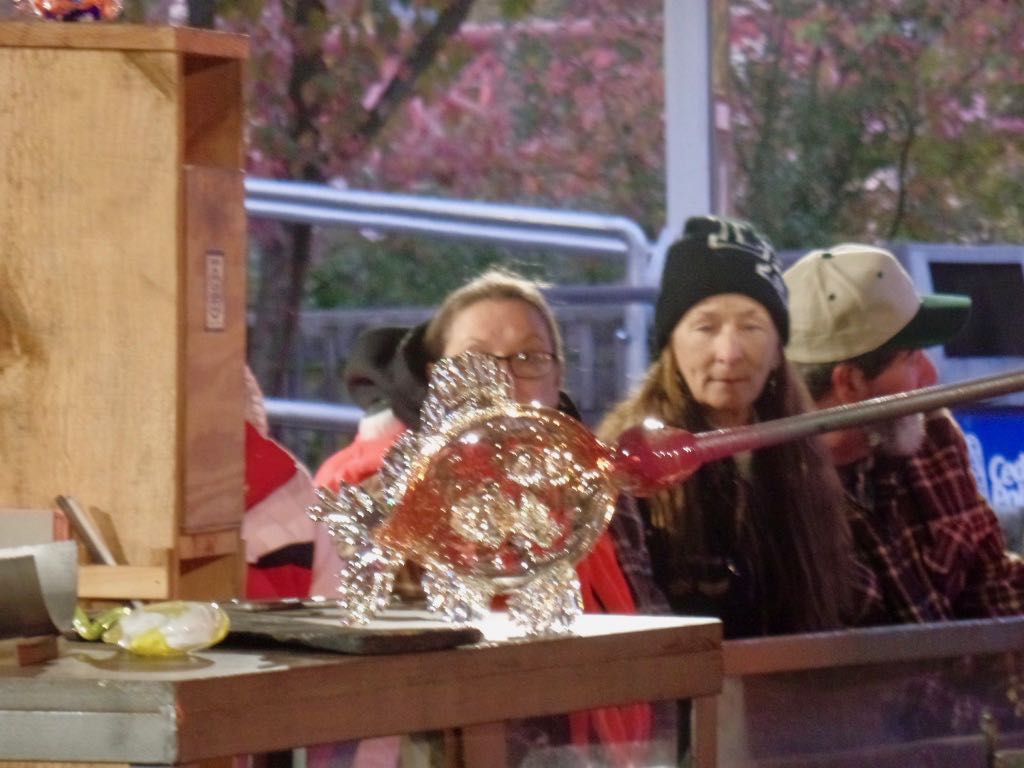 The goldfish, ready to be cut off the glass-blowing rod. I have trouble imagining being brave enough to attempt that.

Trivia: The first steamboat service between Philadelphia and Cape May, New Jersey, began in 1819. Source: This Is New Jersey, John T Cunningham.

Currently Reading: Gotham Unbound: The Ecological History of Greater New York, Ted Steinberg. Steinberg's finally getting to some of the ecological catastrophes I remember from childhood. Wow, remember Westway? It was this 1970s plan to expand the west side of Manhattan by dumping heaps of thousand-dollar bills to create landfill. All right, not really, but that would have been cheaper than the Westway they actually tried to build, and it took like two decades for this gold-plated turkey to finally die.