There's some stuff going on, although some of it is not quite resolved, so I'll hold off reporting until it's developed a little. Yes, it involves the neighbors. So here, let me close out the Saturday of Halloweekends 2017 as we saw it. 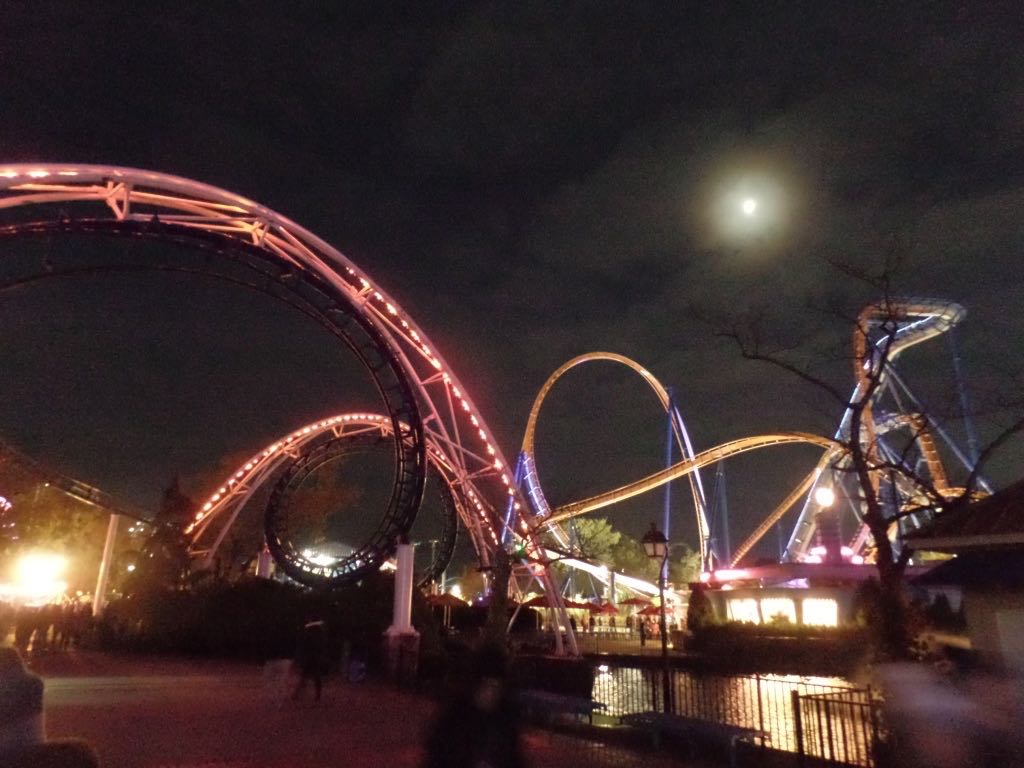 Corkscrew and ValRavn, as well as part of what's left of the lagoon that used to carry the Paddleboat Excursion ride (and which was cut down by many things, including the Iron Dragon roller coaster). 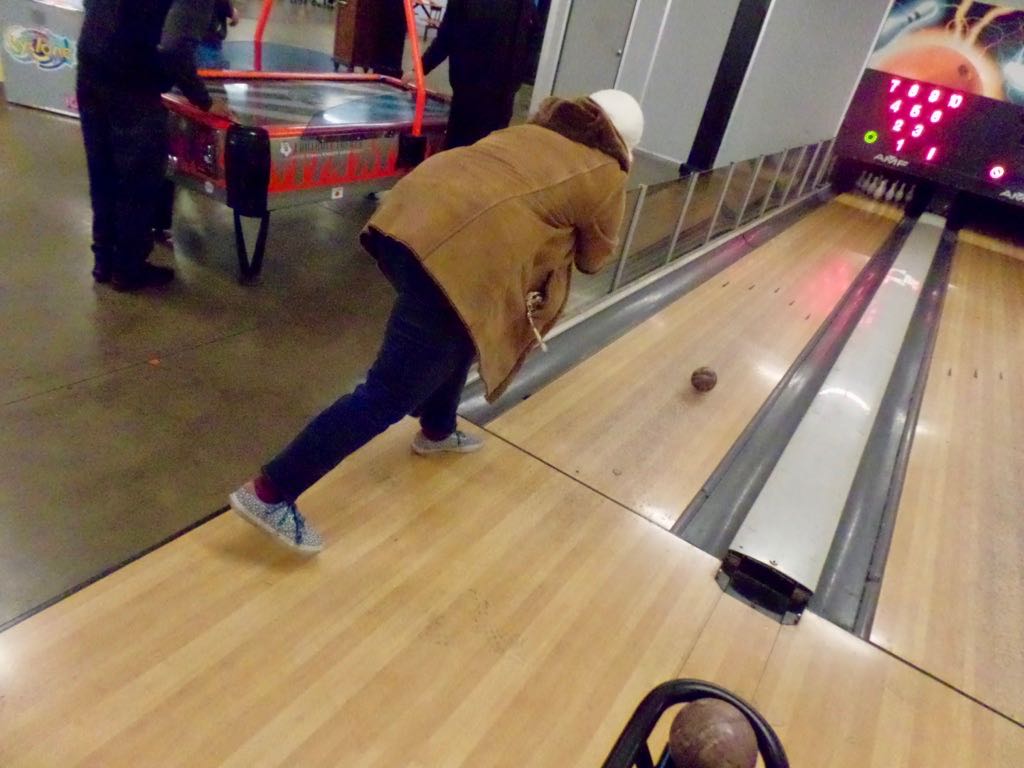 bunny_hugger having another try at the tiny bowling, and me getting a much less blurry snap of it. 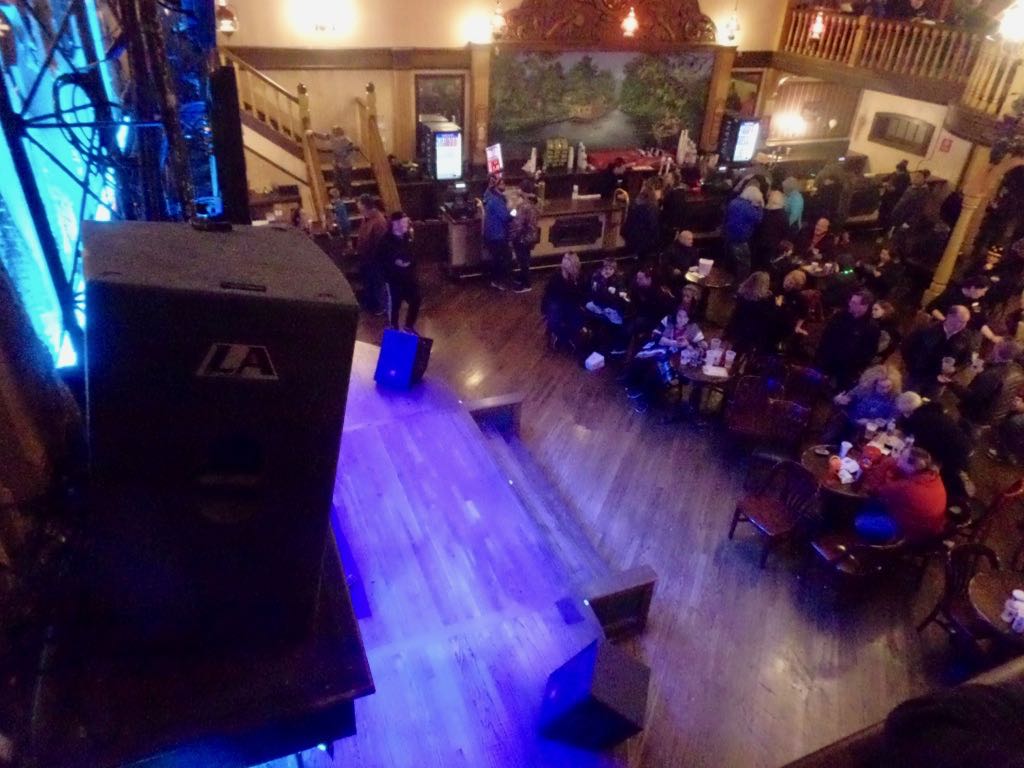 Balcony view from inside the ... Red Garter Saloon? The performing hall and, yeah, bar, at the front end of the Frontier Trail. They always have rock-and-roll shows, and in the Halloween season make it, well, rock-and-roll with costumes. 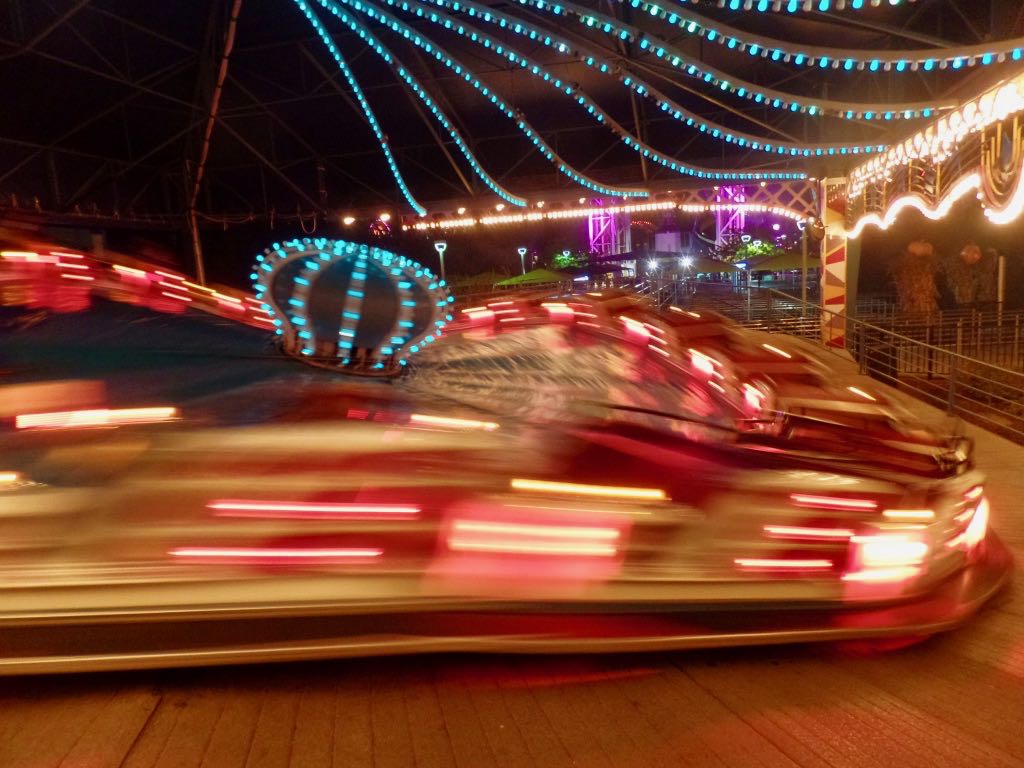 Cedar Point's Himalaya ride, one of those attractions that draws so little notice we figure every year they're going to take it out or at least move it. But it stays on, where it is, possibly because Cedar Point doesn't remember it's there. 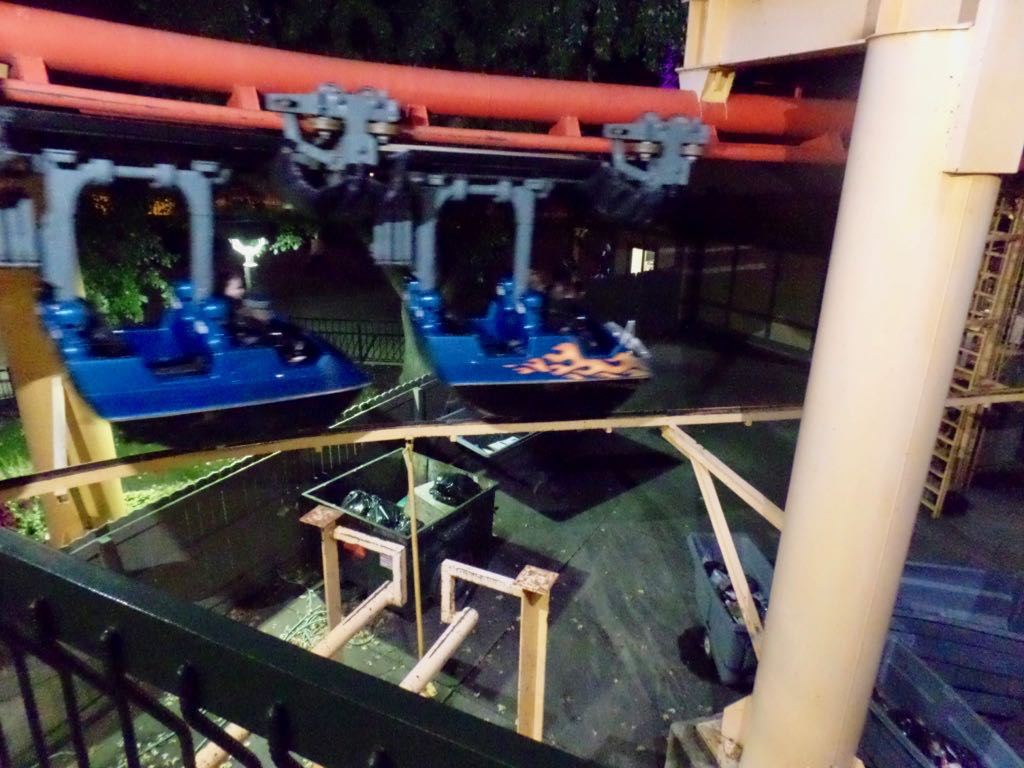 Iron Dragon train just leaving the station and rolling off into the night. 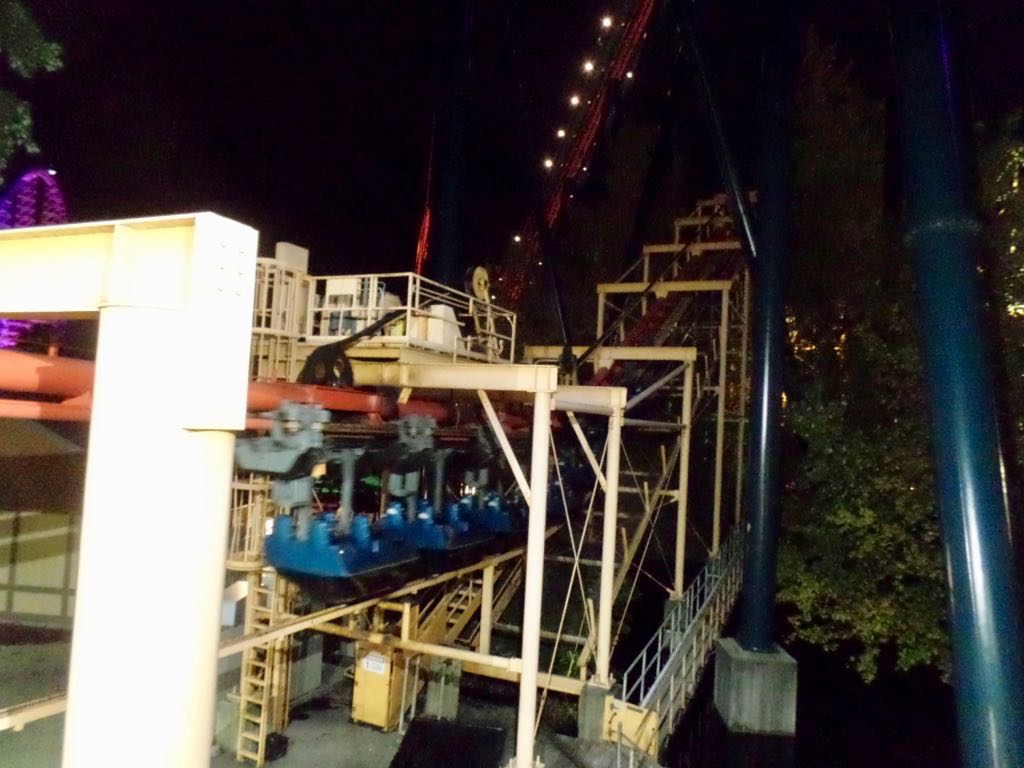 The first lift hill of Iron Dragon (it's got several), in the evening illumination. This is the roller coaster that goes most into what darkness Cedar Point has to offer. 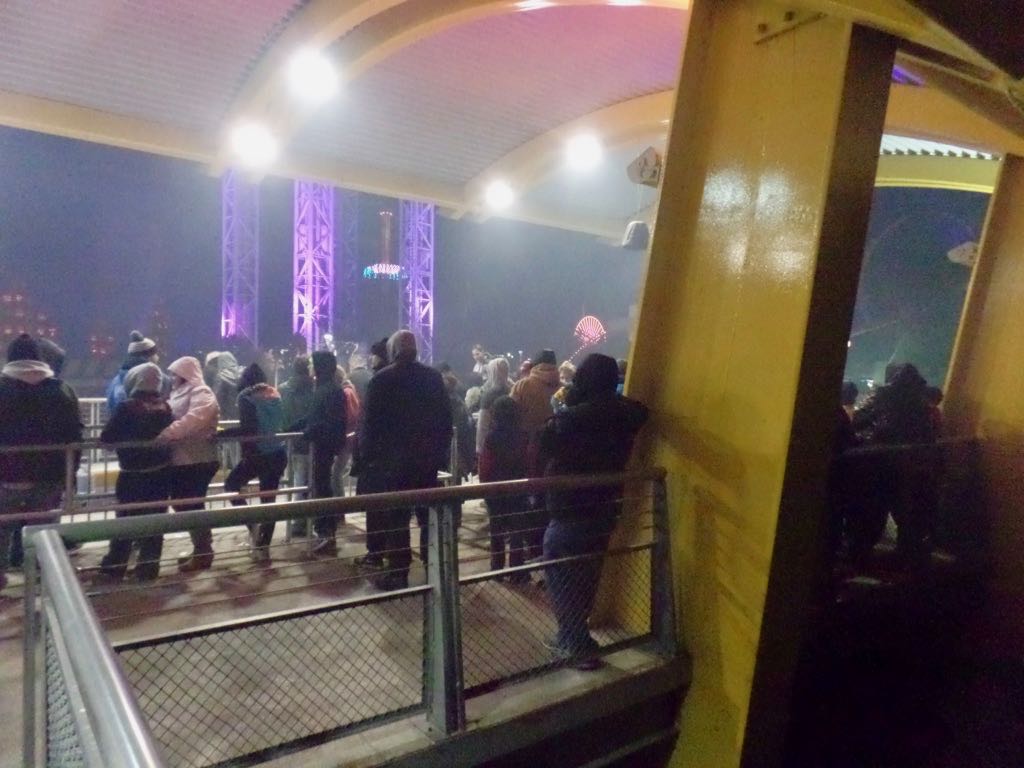 Just about to get onto the platform for Top Thrill Dragster. The fog was rolling in, which makes for such great night pictures. 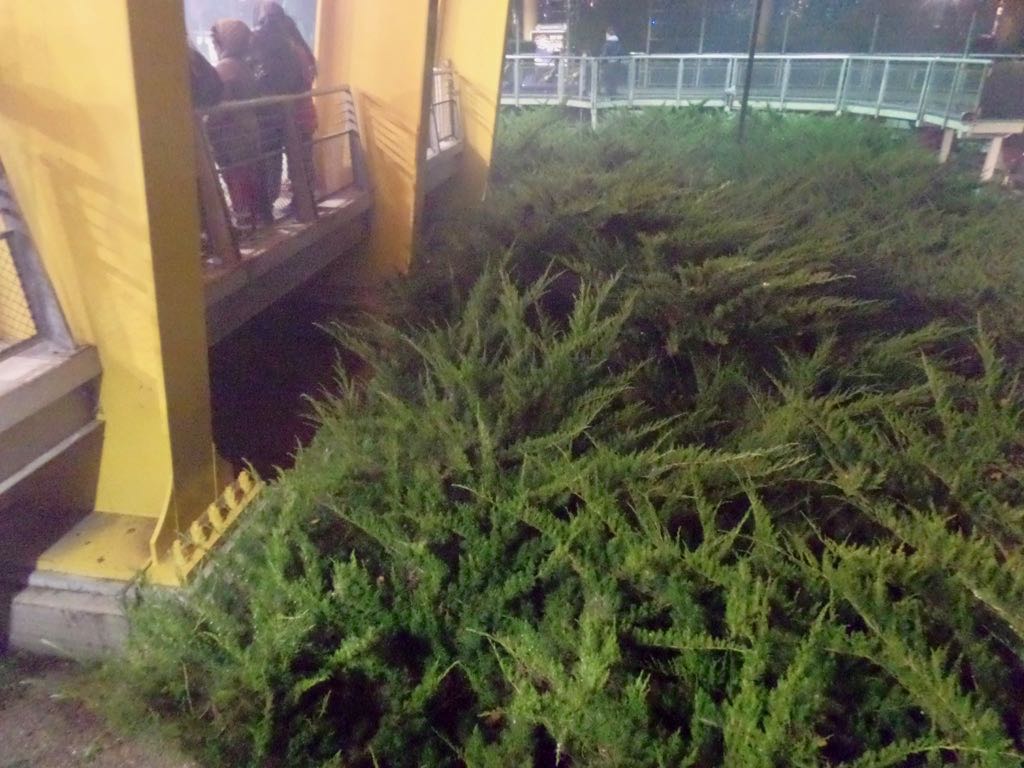 Primordial forest just outside the Top Thrill Dragster loading station. In the background is where you get off the ride, rather than making quite the complete circuit. 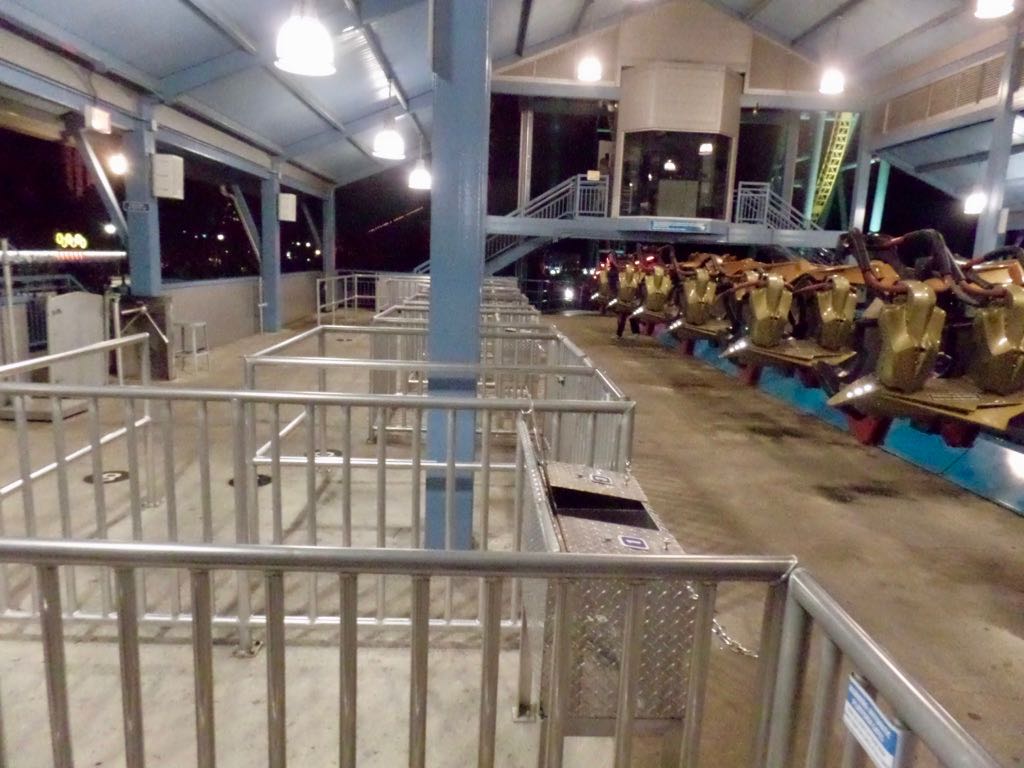 What it looks like when you're about to get a front-seat ride on the last GateKeeper train of the evening.

Trivia: In 1935 about 22% of all American automobile exports were to Latin America. Source: A Low Dishonest Decade: The Great Powers, Eastern Europe, and the Economic Origins of World War II, 1930 - 1941, Paul N Hehn.

Currently Reading: The City's End: Two Centuries of Fantasies, Fears, and Premonitions of New York's Destruction, Max Page. Which includes a great story I don't remember encountering, and which Page flags as probably just a legend: that in 1824 butcher ``Uncle John'' De Voe and a colleague named Lozier talked about the impending crisis where Manhattan Island was getting far too built, and that it was going to fall into the sea. Their solution: to saw the island in half at Kingsbridge, and spin that segment 180 degrees, so that the overbuilt Battery could be anchored to more secure ground. The project would require a great deal of labor, and thus money, and so --- says the legend --- fleeced many people who figured once the project was done and the island saved they'd be handsomely repaid. It's apparently not clear whether this was an actual hoax of 1824, or if the story of the hoax was itself a hoax. But this did get written up in 2001 in another book, Joel Rose's New York Sawed In Half: An Urban Historical which now I've just got to find.