And the tombstones quake

And now I've advanced to talking about Sunday in our Halloweekends 2017 trip. You'll see how different everything looks for being a different day and all. Anyway, happy Shiny Day to everyone! 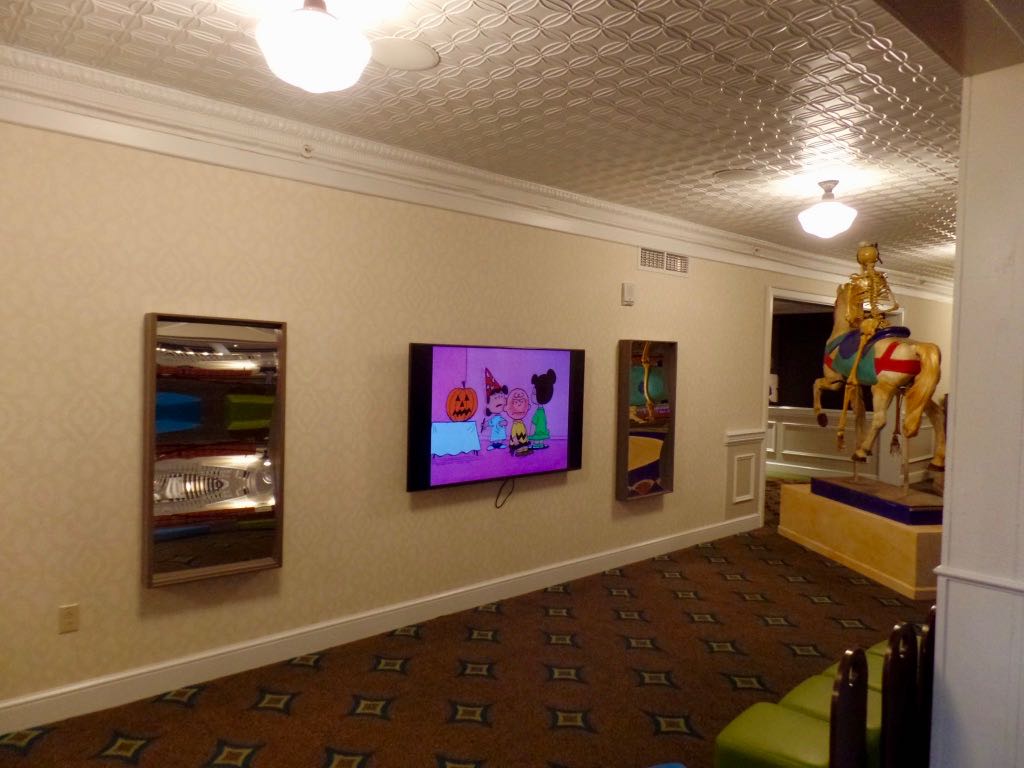 So here's some little sad thing you realize about the Hotel Breakers front desk people. They have It's The Great Pumpkin, Charlie Brown, running on a TV on continuous loop ALL THE TIME through September and October. A single autumn on desk duty and you must lose forever the ability to appreciate the special. 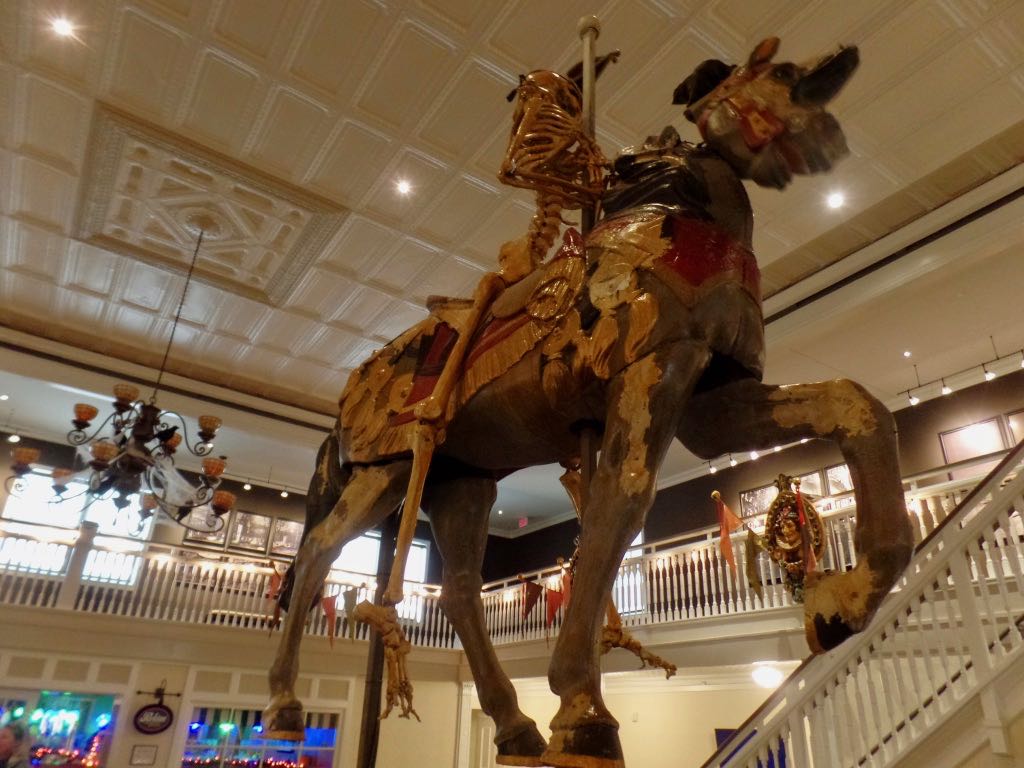 One of the skeletal/zombie carousel figures decorating the Hotel Breakers lobby. Since we never stay at the Breakers during the summer season we don't know whether these spots normally have 'real' carousel horses on display. Sometimes the figures shake around some, but what triggers it is either not obvious or not reliable. You can make out how the horse's neck has some give to it, though. 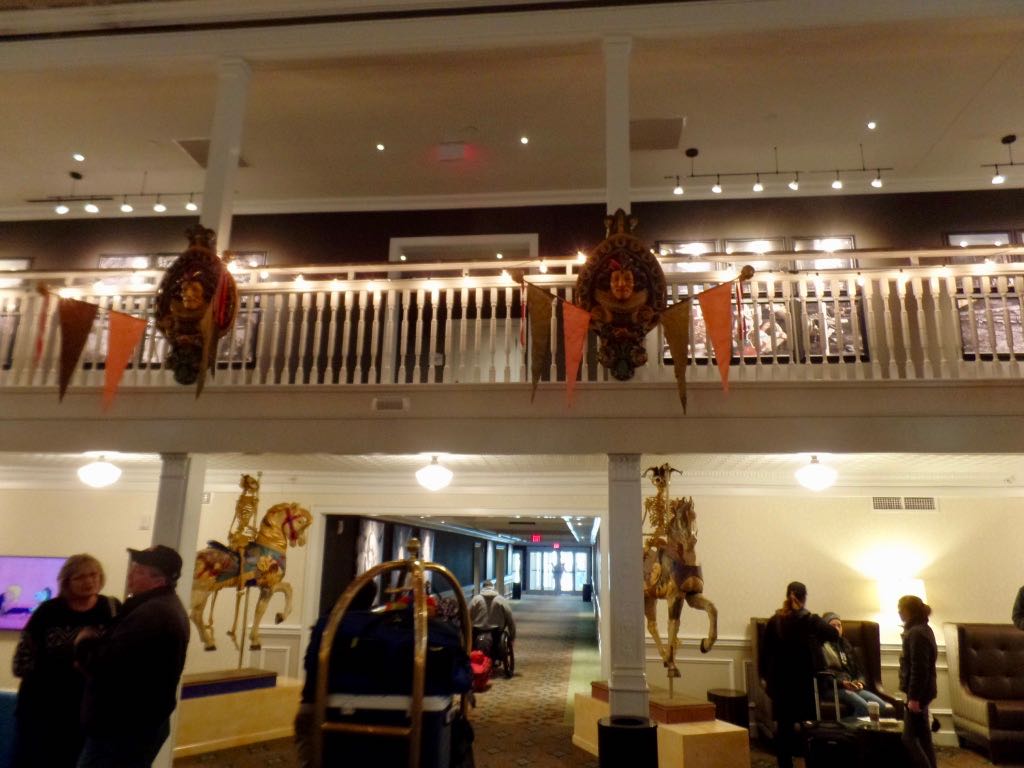 From the lobby looking to what is now the front entrance of the Hotel Breakers, facing the park rather than the shore (its original, historic, entrance). You can see the carousel horses and the carousel-leftover carved heads decorating the place. On the upper level are some pictures of abandoned amusement parks; we assume without knowing for sure that those are pictures of thriving parks during the summer. 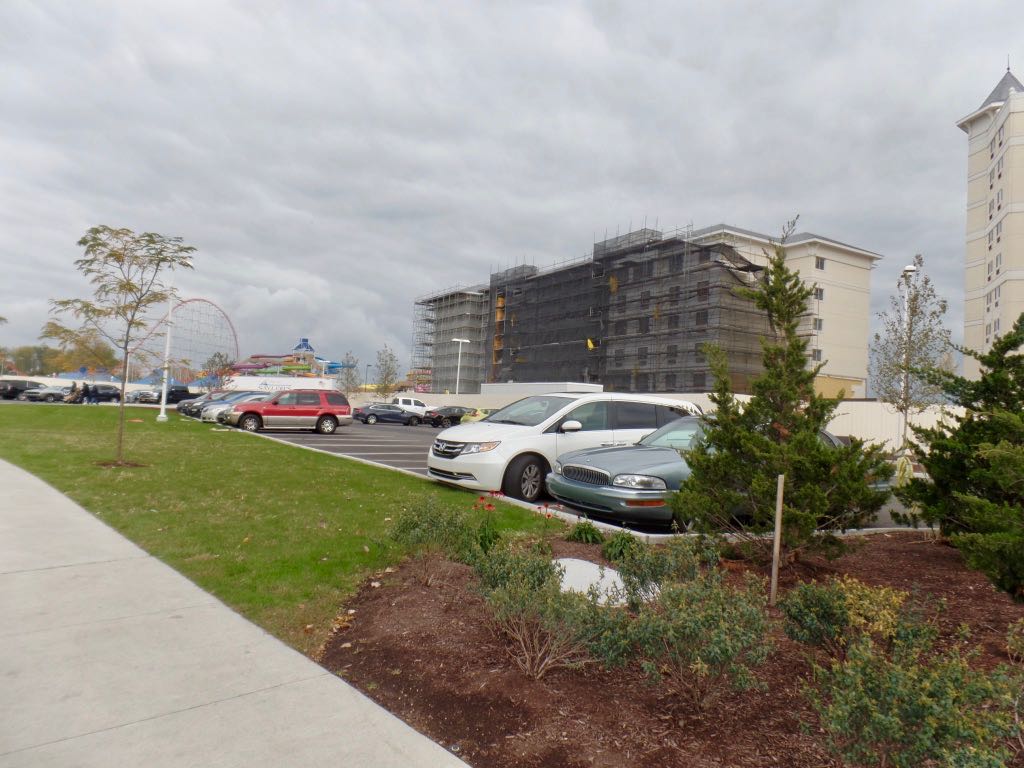 The new wing of the Hotel Breakers being built, and replacing the miniature golf course we never got the chance to play, and also replacing the decades-old wing of the Hotel Breakers that got torn down a couple years ago, like two years after it was renovated. Remember kids, capitalism makes sensible decisions about the utility of buildings or anything else anywhere ever. 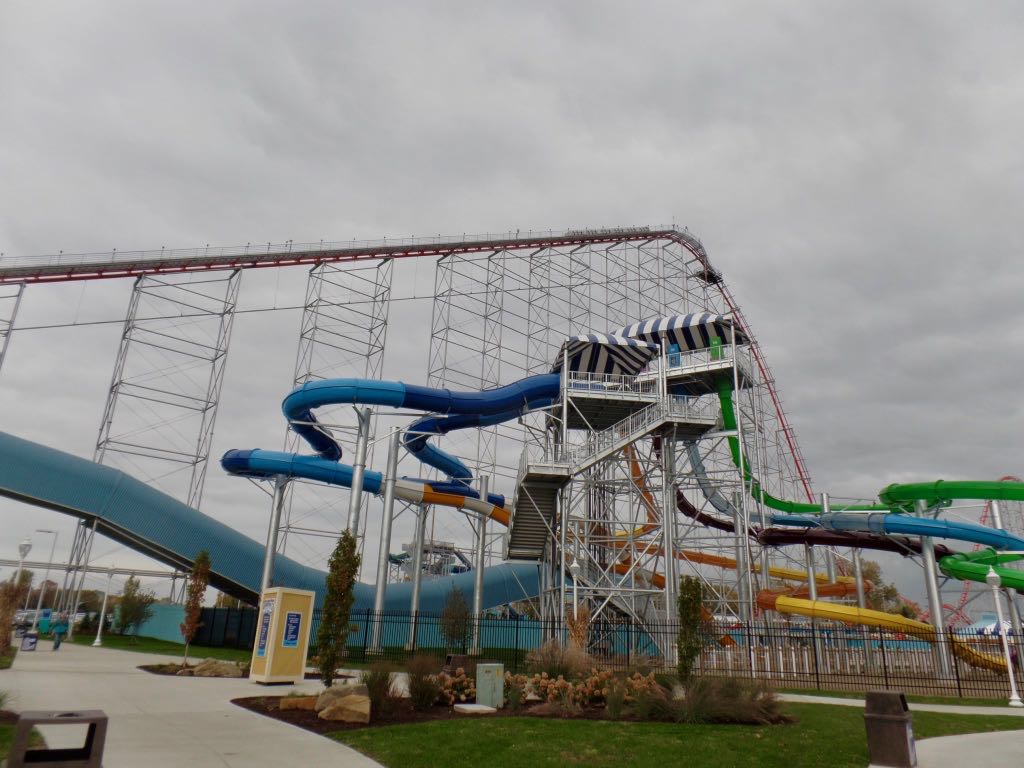 Cedar Shores, as they now call the water park, with the Magnum XL 200 roller coaster rising above the place. The big enclosed tube is part of the roller coaster's return leg. 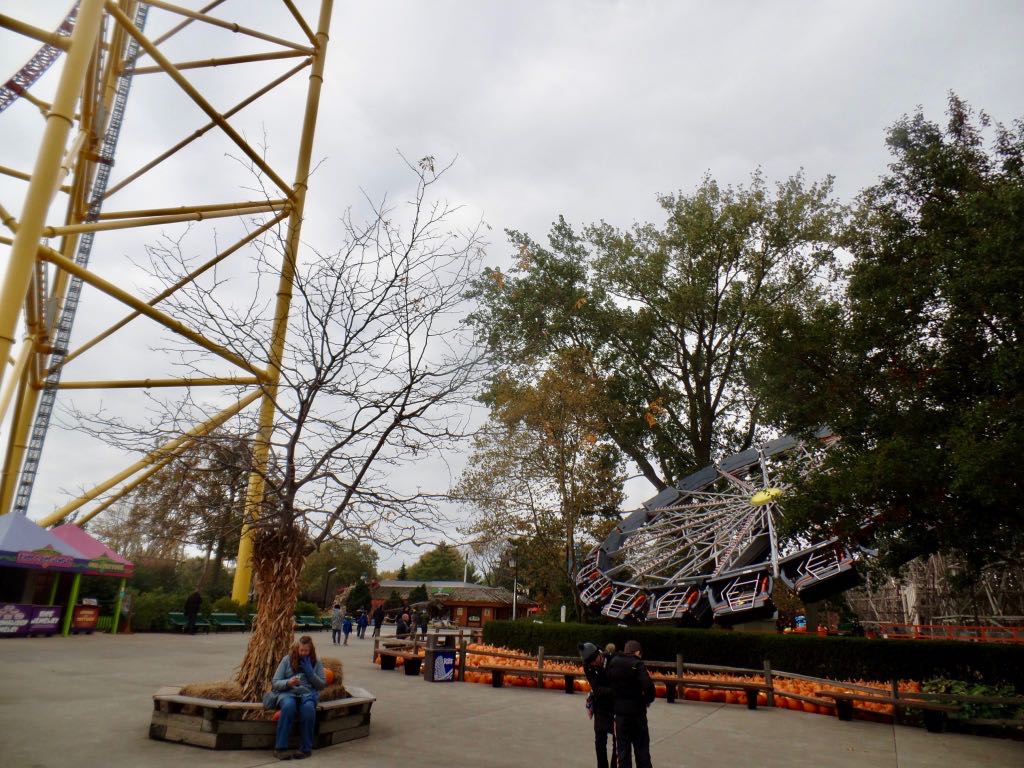 Top Thrill Dragster's tower on the left there, and a glimpse at the Witches Wheel in what turned out to be its final Halloweekends run. 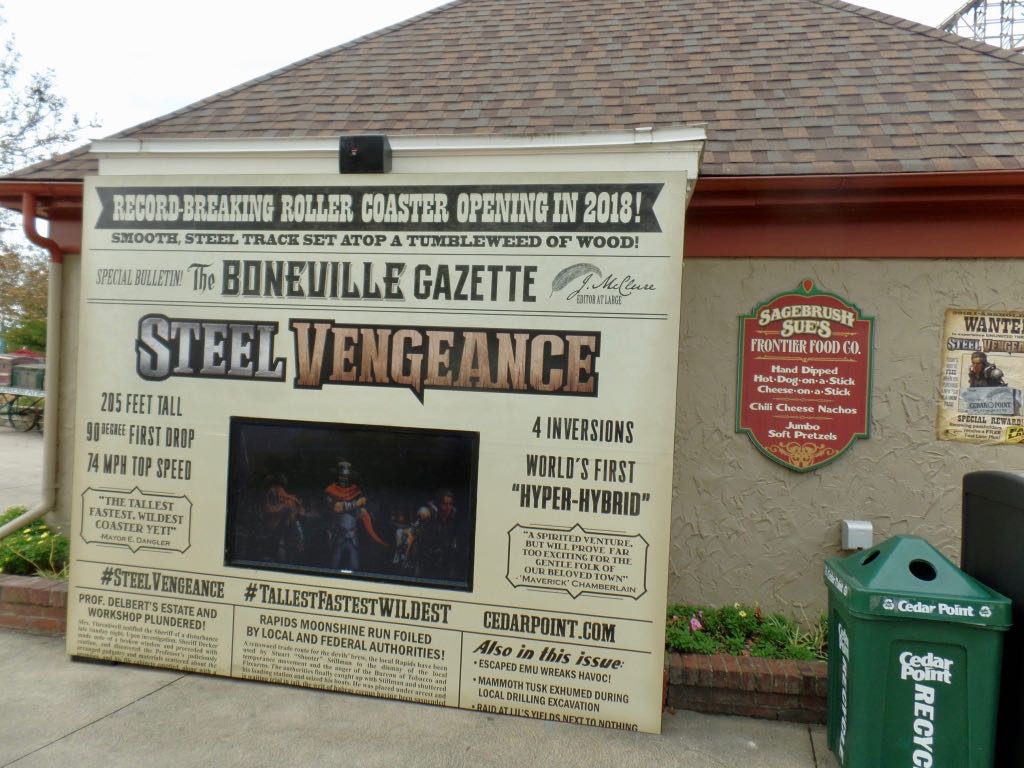 Gigantic fake newspaper promising the construction of Steel Vengeance, placed at a gift shop near the Mean Streak/Steel Vengeance entrance. Note the names of, like, Professor Delbert and of 'Maverick' Chamberlain and Mayor E Dangler, names who are being turned into full-fledged characters for their Frontier Town Expanded Universe. The Steel Vengeance queue has signs all about the history of these people and their interactions and history. Some of that got explained in the video playing in the center but I couldn't tell it to you. 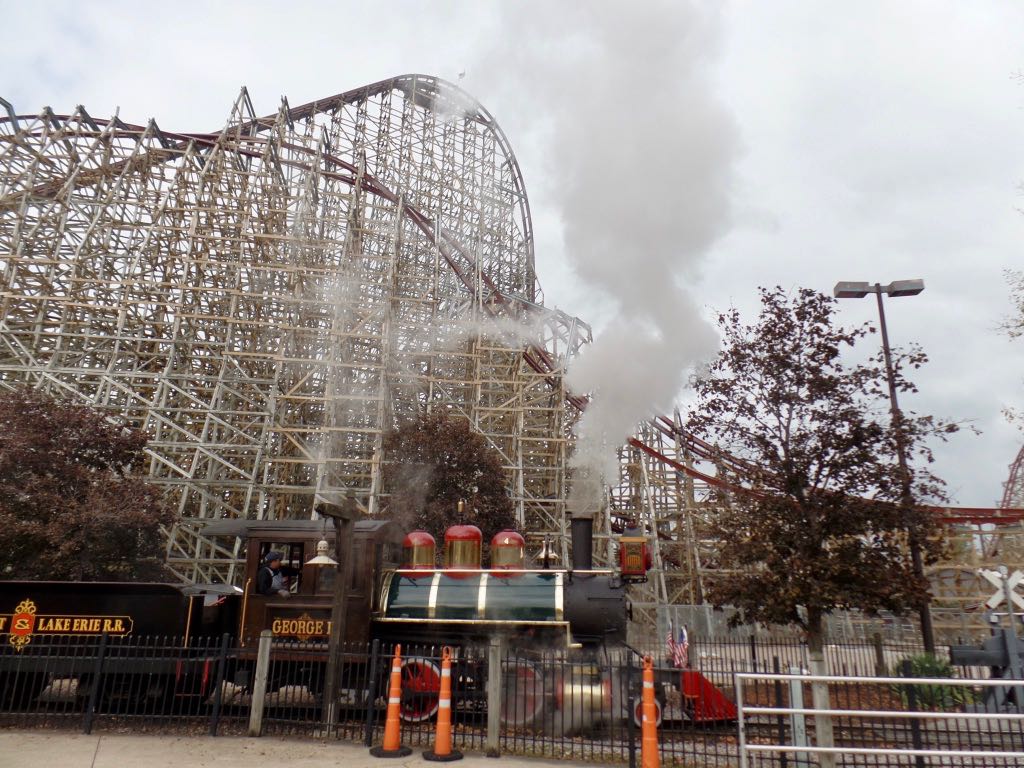 The (full-size) locomotive chugging its way past Mean Streak/Steel Vengeance; one of its two stops is pretty near the roller coaster's entrance. 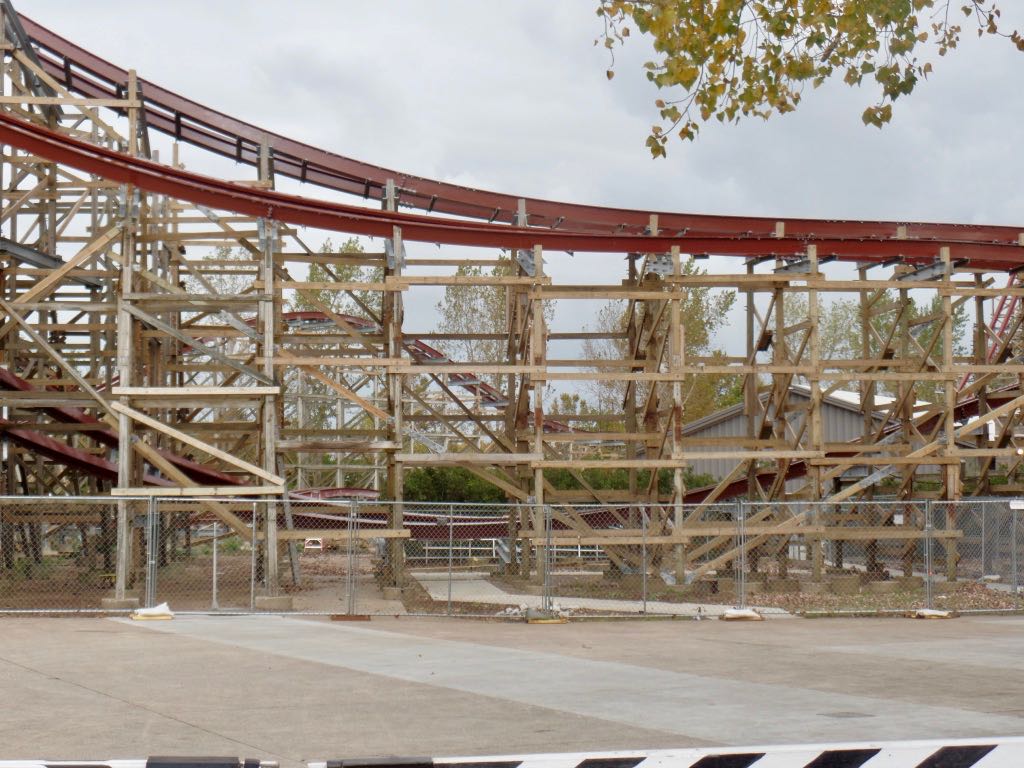 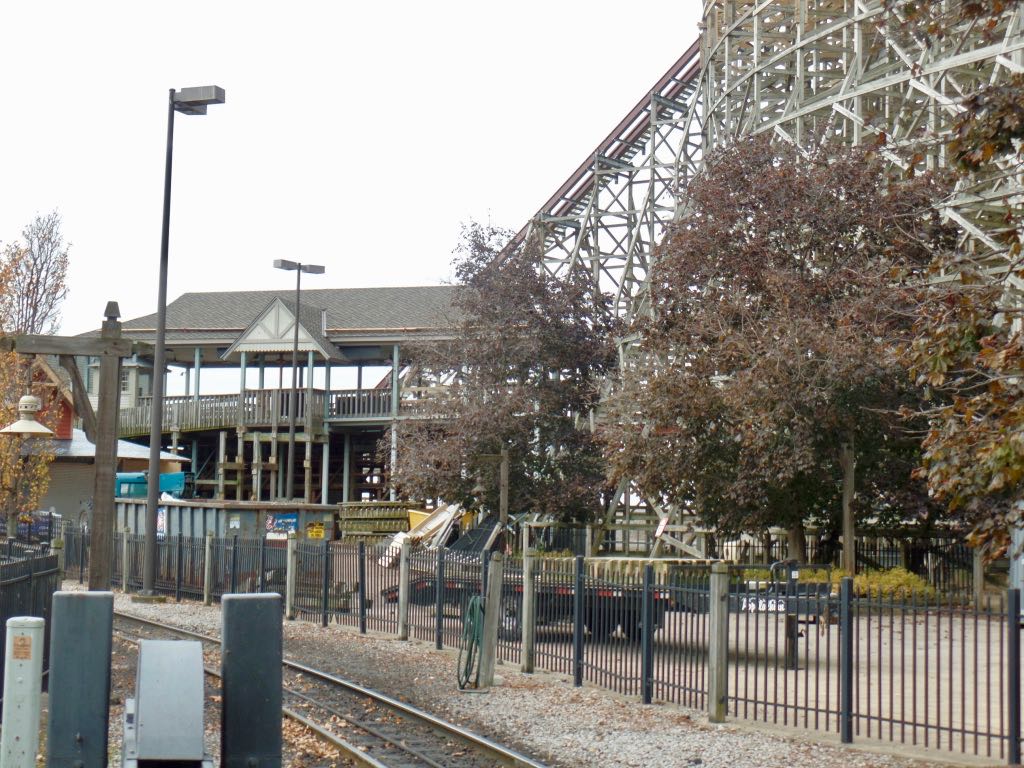 Construction debris around the loading station for Mean Streak/Steel Vengeance. 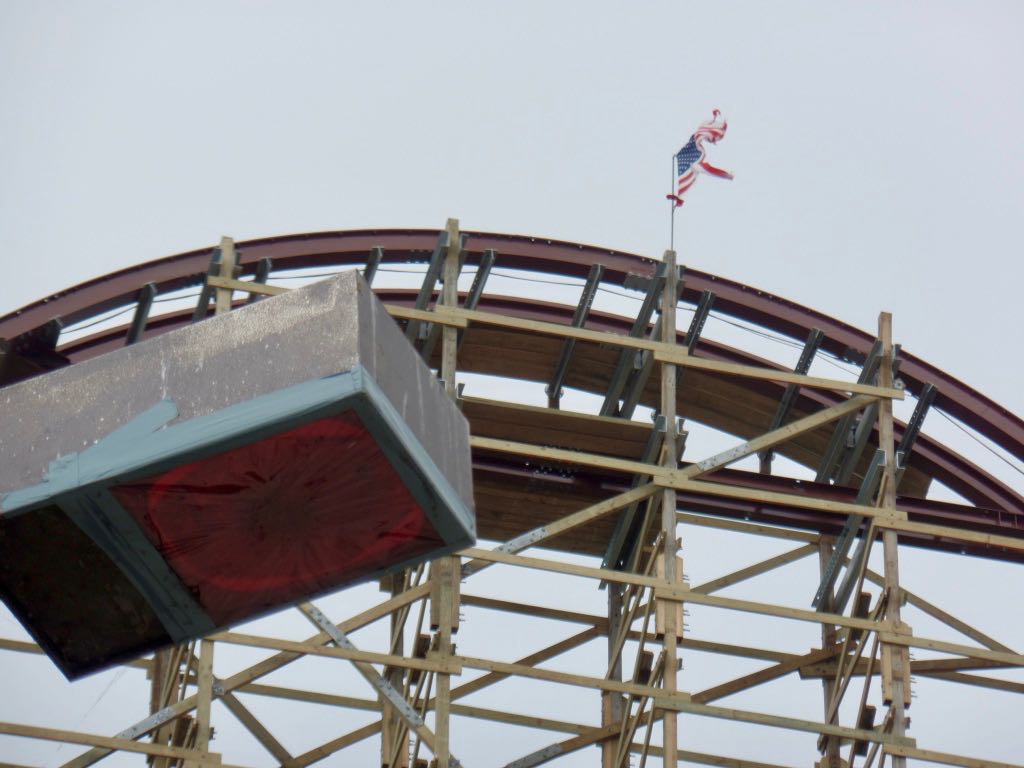 American flag rather in need of renovation too, on top of the lift hill. Not explicitly a metaphor but, you know? 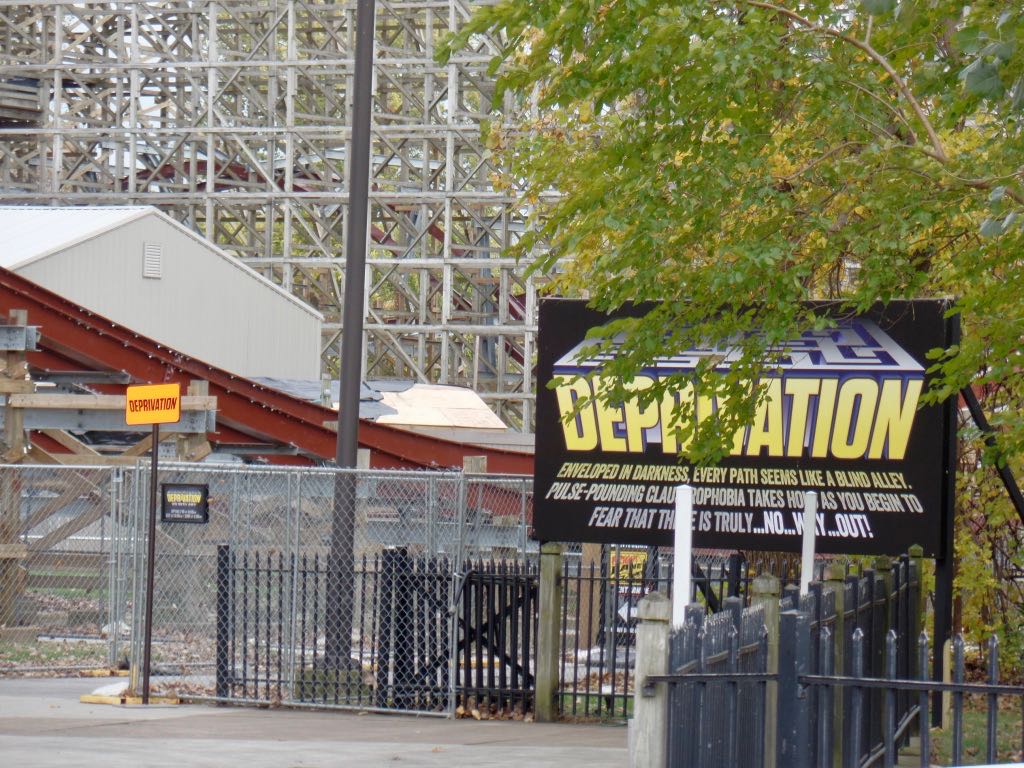 Though the roller coaster was under heavy reconstruction there was still this walk-through haunted house attraction, Deprivation, which we've not been to.

Trivia: Netscape's initial public offering of stock, in August 1995, was at $28 a share; by the end of the first day of trading it was at $58 a share. Source: A History of Modern Computing, Paul E Ceruzzi.

Currently Reading: The City's End: Two Centuries of Fantasies, Fears, and Premonitions of New York's Destruction, Max Page. It's got me interested in this 1930s movie, Deluge, featuring the tidal flooding of Manhattan, stock footage of which got used for years in other New York Destroyed By Water movies.