Spooks come out for a swinging wake

The week on my mathematics blog was dominated by Pi Day and not really having the time to think deeply about things. So here's what you can enjoy over there:

Happily, the comic strip whose plot I was to summarize this week? That was an easy one. You can watch me answer the question of What's Going On In Prince Valiant? Who's put Queen Makeda under a spell? December 2018 - March 2019 in 500 words.

Now more Halloweekends 2017, including a handful more photos of the renovations of Mean Streak and then on to the area around the Town Hall Museum, near that roller coaster and at the end of the Frontier Trail. It's the area that has the most old-time small-town theme, which explains the themed open-area walk-around attraction there. 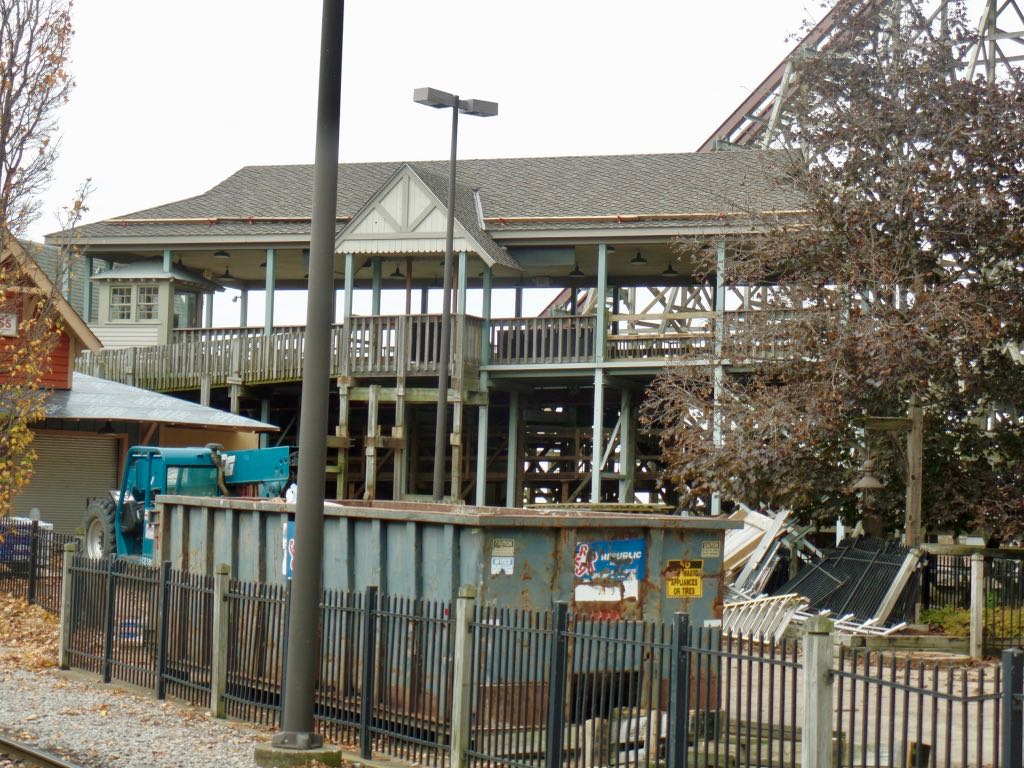 Better view of the Mean Streak loading station being renovated into Steel Vengeance's. You can see a lot of fences and ladders and stuff to the right of the dumpster. 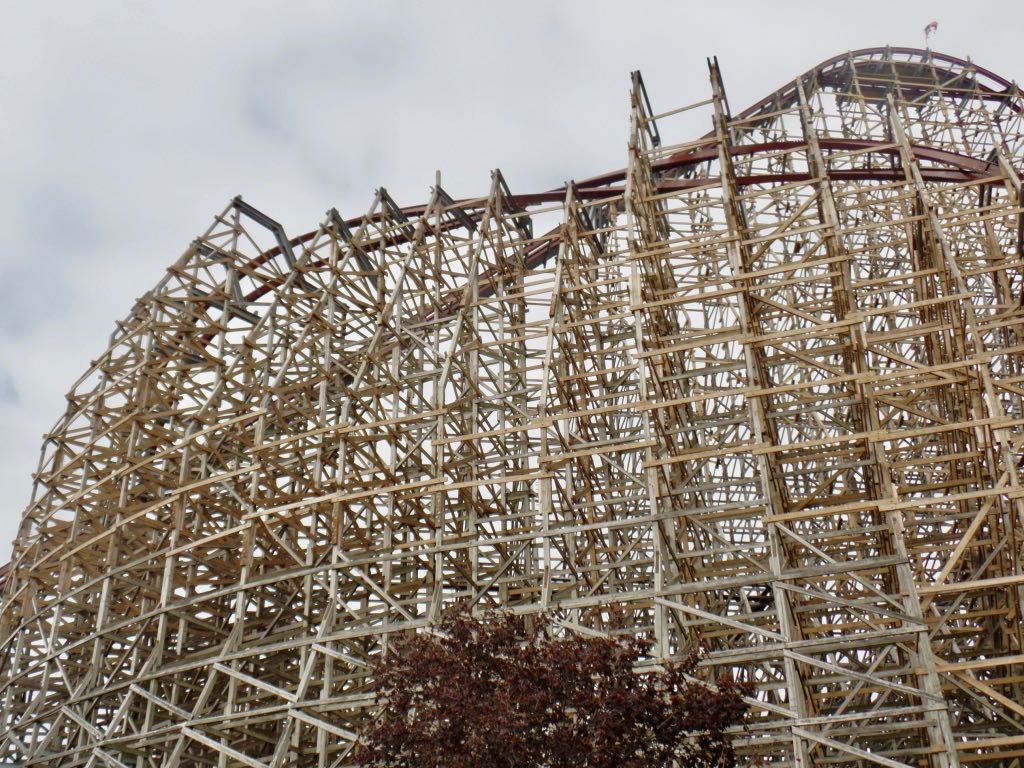 View of one of the second round of loops on Mean Streak/Steel Vengeance, where the train goes above the path of the original lift hill. In person we strained to work out whether the track did spiral around itself in this section; the photograph shows clearly that yeah, it does. 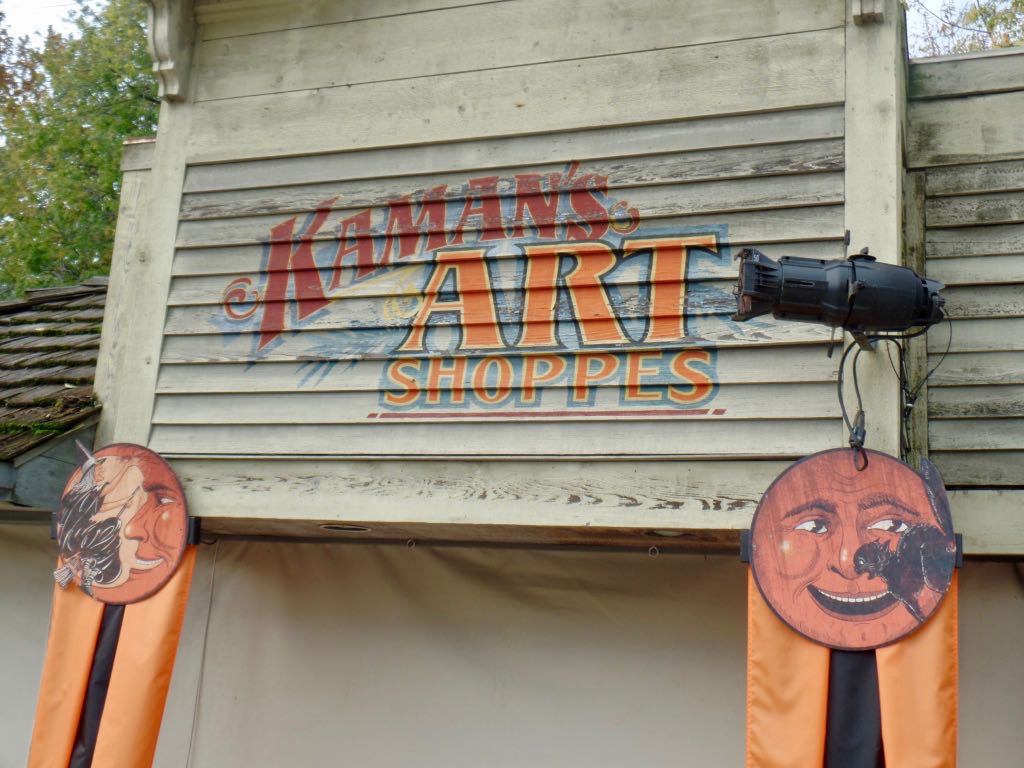 Not far off Mean Streak is the old-time town area, which was set up for the County Fear show. Here one of the stands where you could get caricatures done is decorated with some 1940s Halloween cutouts just like 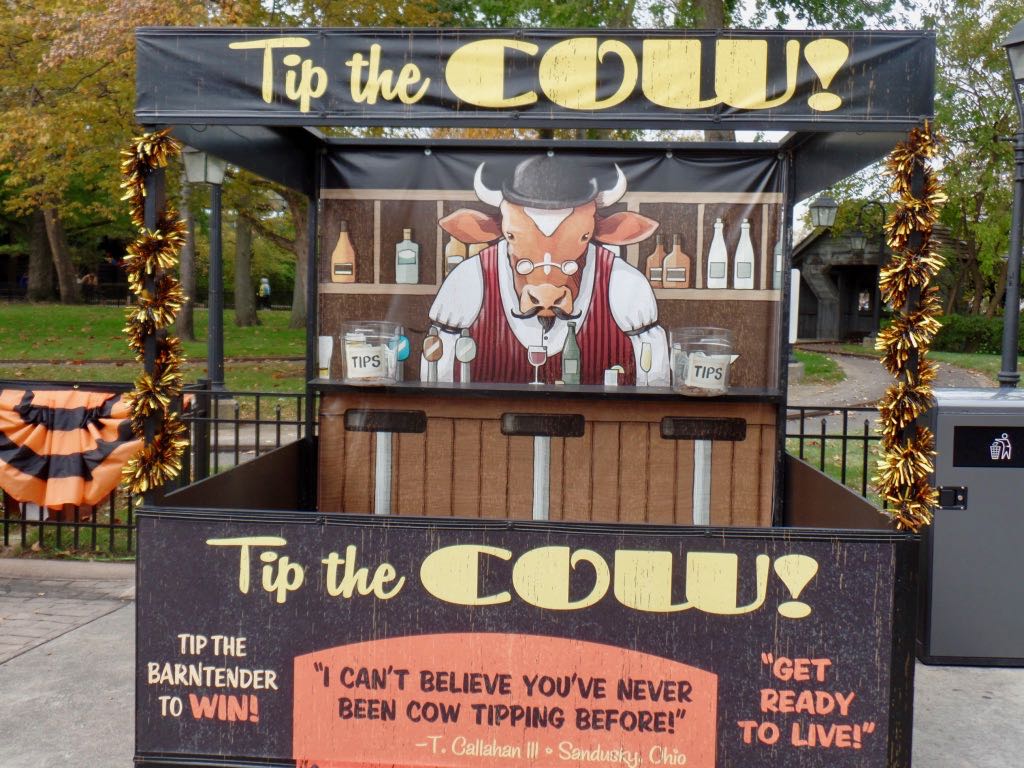 One of the County Fear booths; they're all jokes along these lines. 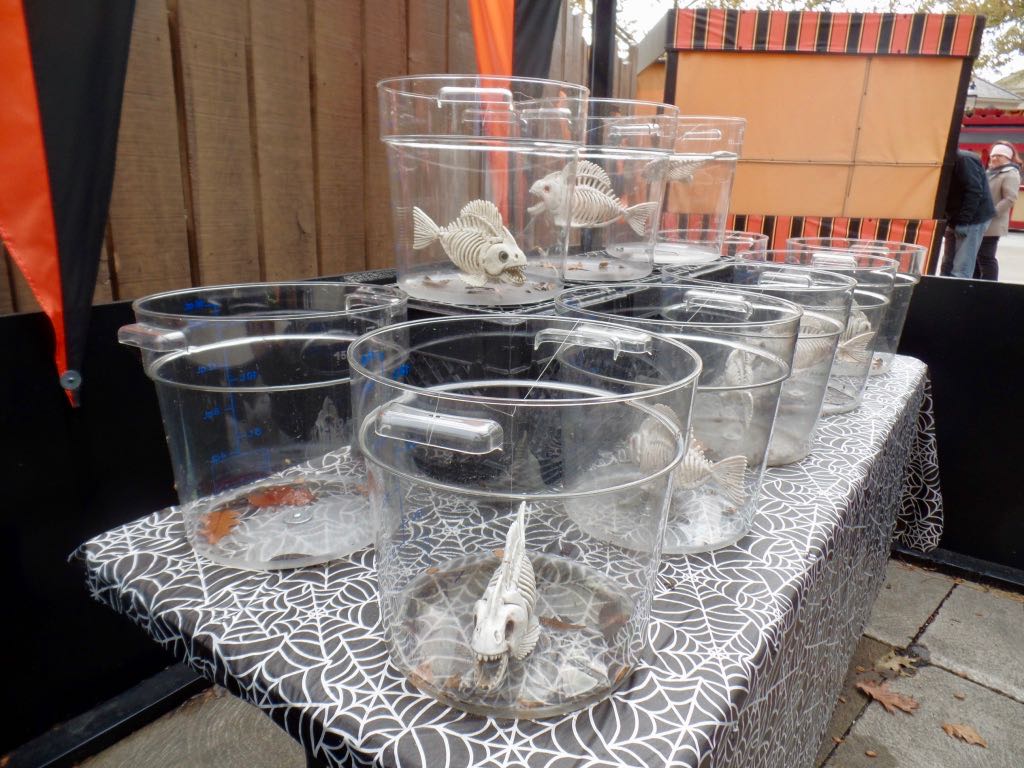 Dead goldfish 'game' at the County Fear setup. None of these booths have actual attendants or games, but they do evoke the 'hanky-panks' if you want to call them that. 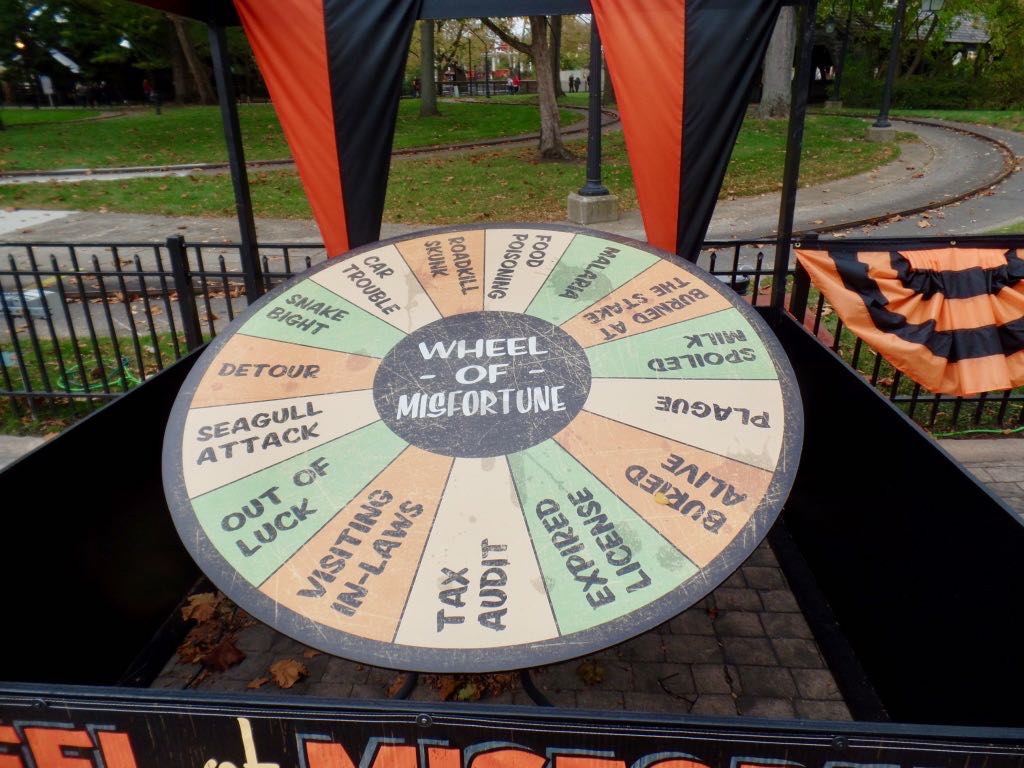 The Wheel of Misfortune game, with all sorts of wacky funny terrible things like in-laws! Hah! Also 'Snake Bight', which I assume is an approach to the Sandusky harbor that's extremely difficult even for experienced pilot boats to navigate? 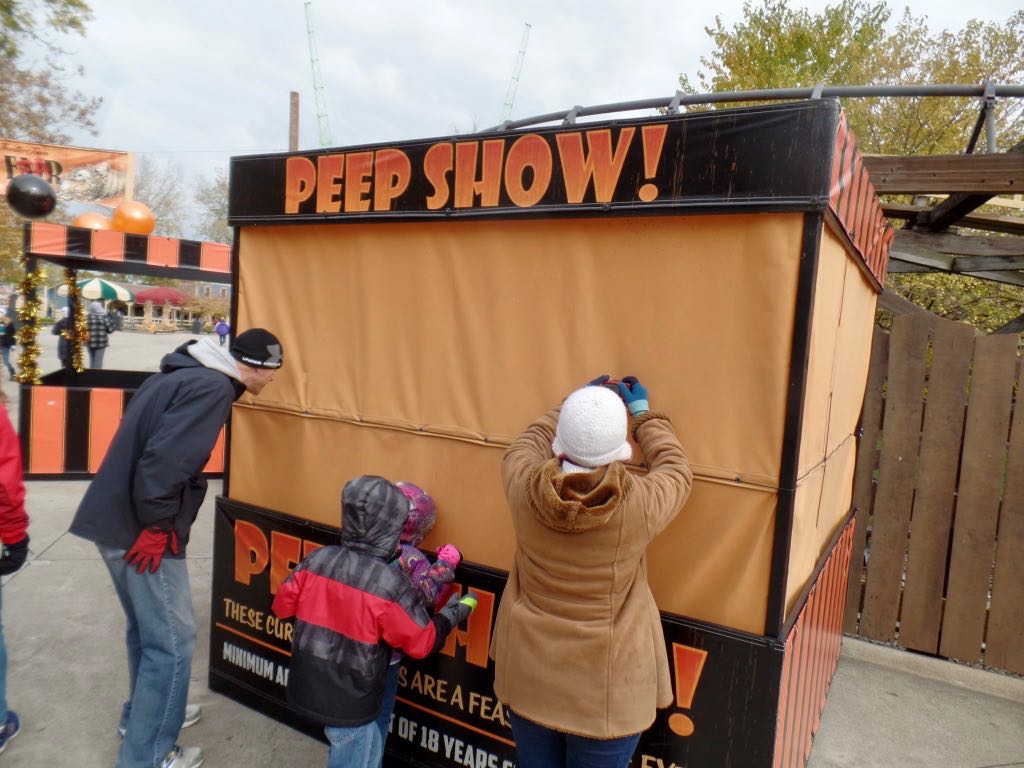 bunny_hugger taking some snaps of the Peep Show, which is an always-popular sideshow attraction at the County Fear. Notice the kid holding up an even smaller kid to see it. 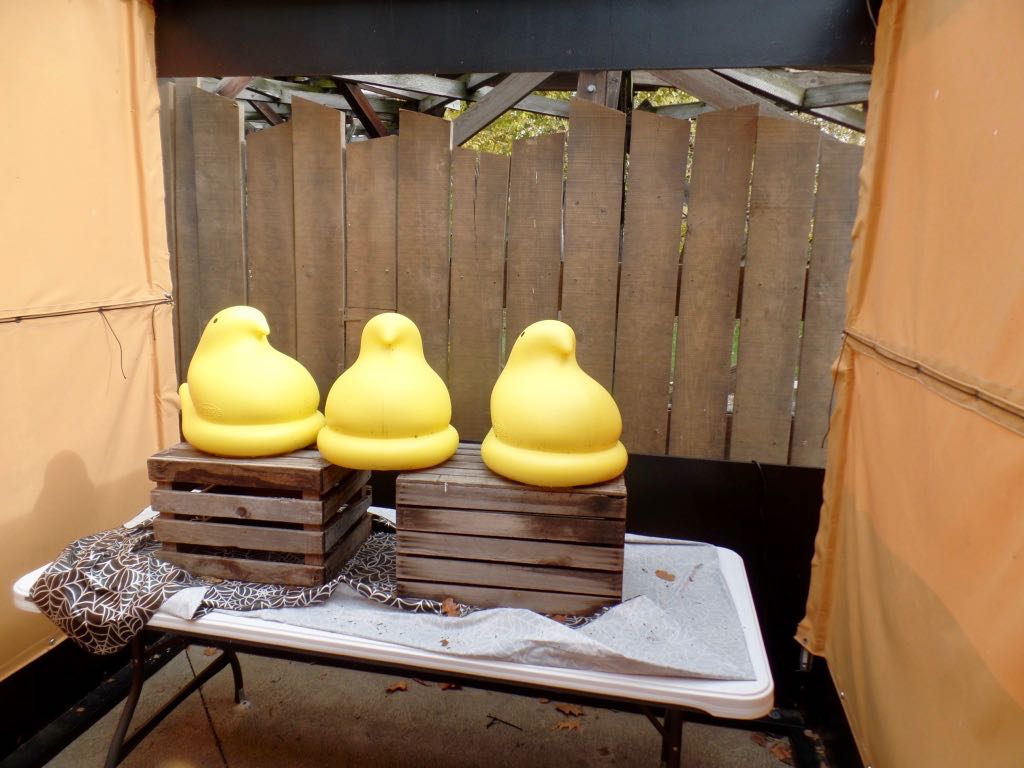 So I'm sure everyone saw this punch line coming, but you know what? That's all right. 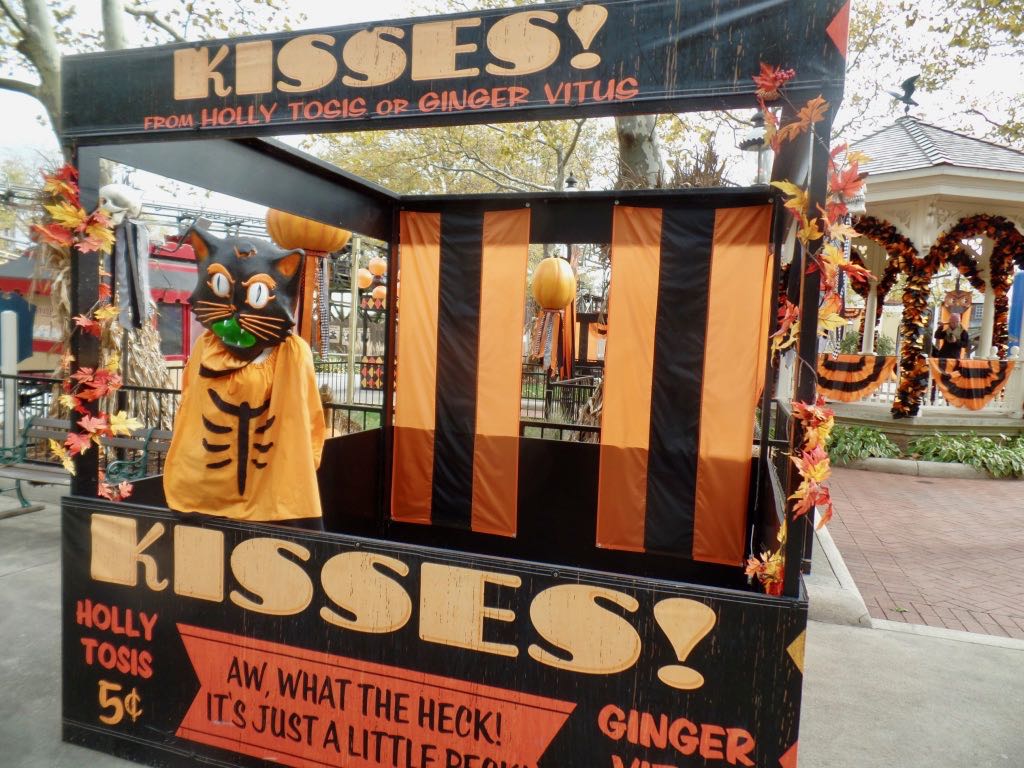 Kissing Booth for the County Fear. I don't see what's so horrifying about it. 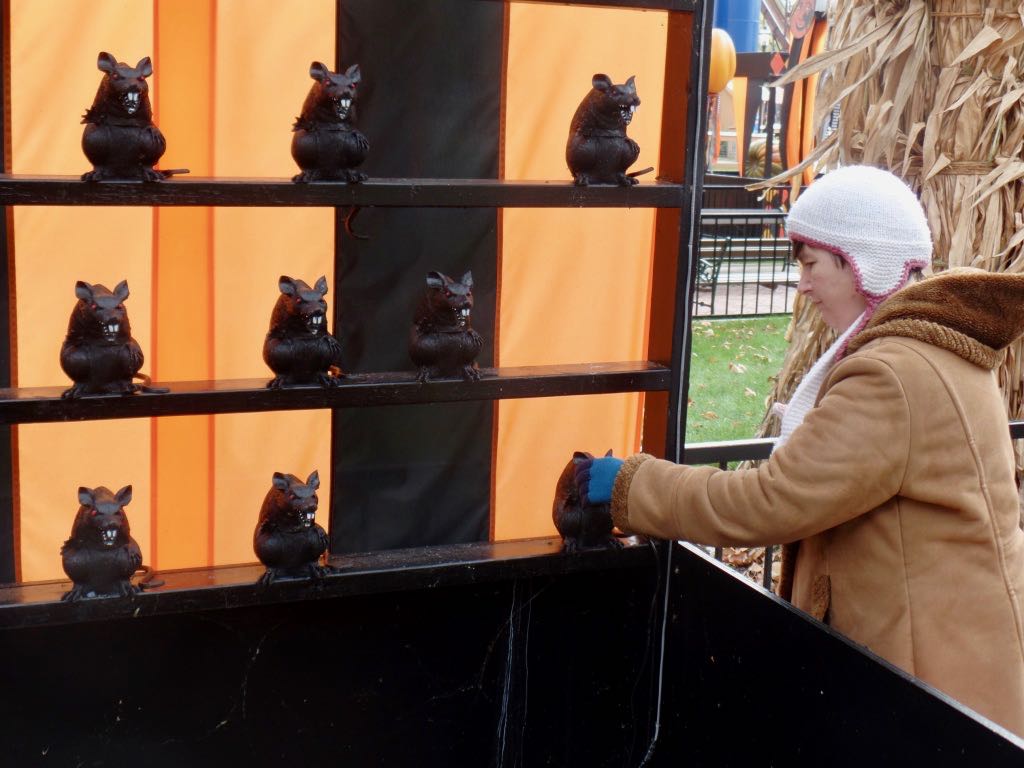 bunny_hugger making friends with the flock of large rubber rats. 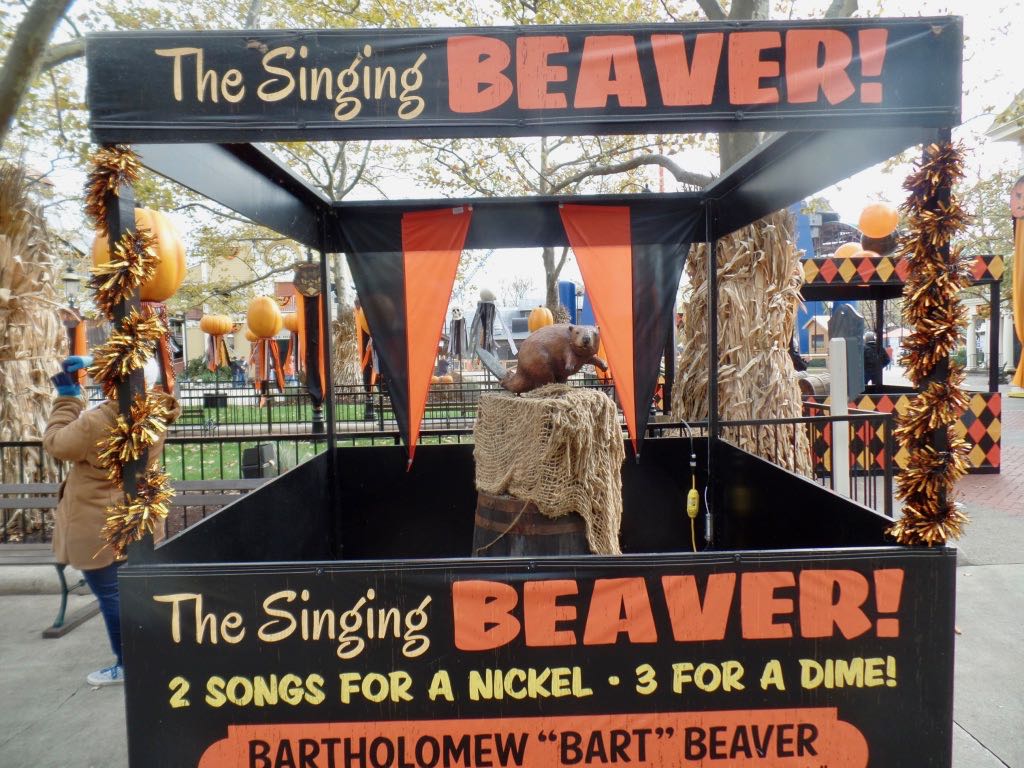 The Singing Beaver which does, in fact, sing (although we never heard it doing so this visit). We assume this to be an animatronic left over from the days of the Jungle Cruise ride around the lagoon, so it's got a long history of cornball jokery. 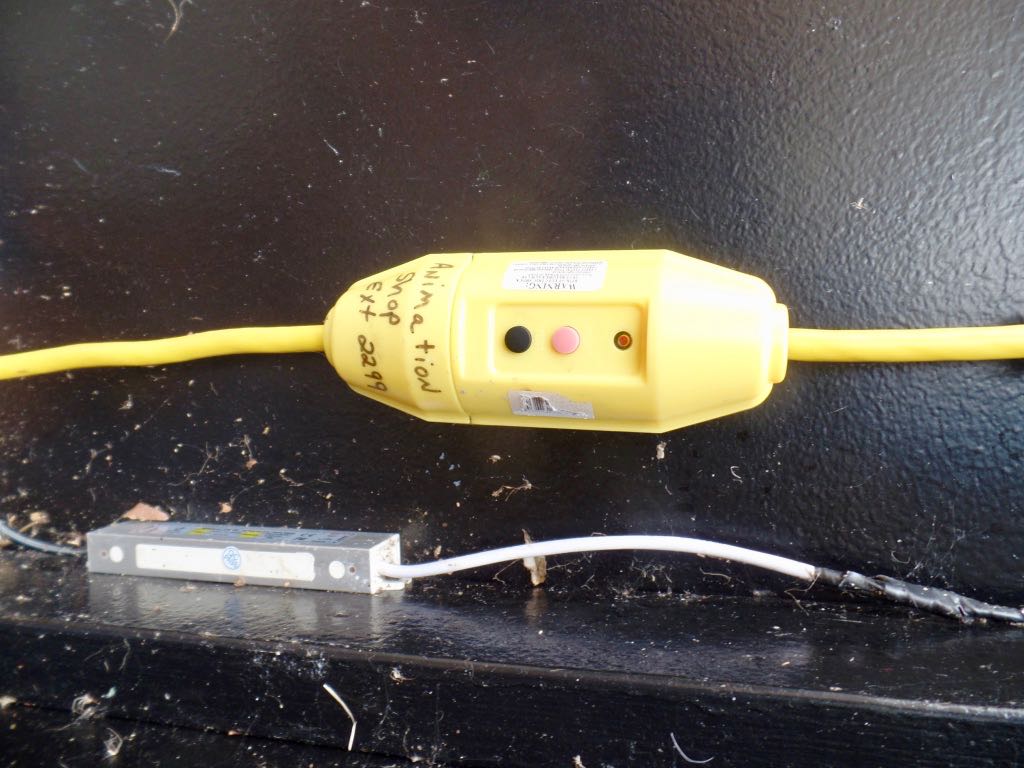 Hey look, an extension cord for the Singing Beaver, which served as proof for us that it must do something, even if we weren't seeing it.

Trivia: The French astronomer Phillipe Le Douclet comte de Pontécoulant, by including perturbation effects for Jupiter, Saturn, the newly-discovered Uranus, and of the Earth from the 1759 passage, forecast the perihelion of Halley's Comet's 1835 appearance correctly to within three days. (The 1759 perihelion was predicted to within 33 days only.) Source: In Search of Planet Vulcan: The Ghost in Newton's Clockwork Universe, Richard Baum, William Sheehan.