Though I spends me time in the ashes and smoke

Speaking more of how nothing is ever perfectly solved all at once: a couple years ago

bunny_hugger's parents put a fireplace in their living room. It's a nice wood-fired place, a stove that isn't actually a Franklin stove but has that chic to it, and it makes a great addition to their living room, even if it forced them to relocate the Christmas tree. (Although that went to the sun room, where it's visible from outside, and easier to decorate all around.)

They haven't used it the last few months. The problem came one day when a bird flew in through the chimney top and got stuck in ... I'm not sure whether it was the pipes or into the fireplace proper. Either way, though, you see why they'd be reluctant to use it again. Even if we suppose a bird would avoid the flames, would they know what way to go to get out? For that matter, mightn't a bird nestle down in warm ashes and not realize it was cooking itself?

This seemed easy to write off as a fluke event, until it happened again, and that put a real scare into

bunny_hugger urged them to get some cover for the top of the fireplace, something that the fireplace-installers said was impossible. It would make the chimney unsafe, they said, too prone to collecting creosote.

bunny_hugger's parents resolved to never use the fireplace again. And then another bird flew in and got trapped within the fireplace.

bunny_hugger found proof the chimney people were wrong to call covering the top impossible. In particular she found how spark-arresting screens over the tops of chimneys were mandatory in California and Colorado. Those states have particular interest in preventing wildfires, of course, but the same mechanism would keep birds out. But it was the threat of fire that stirred

bunny_hugger's father. Once he was aware he could get something installed to prevent his house causing a fire in the nearby park he would not let the chimney people talk him out of it. (The park near them isn't likely to burn; it's right on the river. But, mm, a really dry summer, and dead grass or leaves? Imaginable.)

So now they have a screened chimney top, and, here's hoping, can use the fireplace in confidence that they aren't doing birds any mischief.

Trivia: After a Washington, D.C. court in 1936 found A&P guilty of selling short weights of meat, company co-owner John A Hartford signed letters, personally, to all 45,000 store employees warning that anyone accused of cheating customers would be fired. Source: The Great A&P and the Struggle for Small Business in America, Marc Levinson.

Currently Reading: Before The World Series: Pride, Profits, and Baseball's First Championships, Larry G Bowman. Oh, gosh, that's unfortunate ... the author's acknowledgements mentions his regret that his wife died shortly before the manuscript was finished, and then there's another page of acknowledgements from Bowman's son mentioning his regret that his father died before the book could go to press.

PS: Reading the Comics, March 12, 2019: Back To Sequential Time Edition, a comics post I surprised myself by getting finished in the morning today. I thought I was going to have to postpone it to Wednesday.

PPS: some wildlife from Halloweekends. 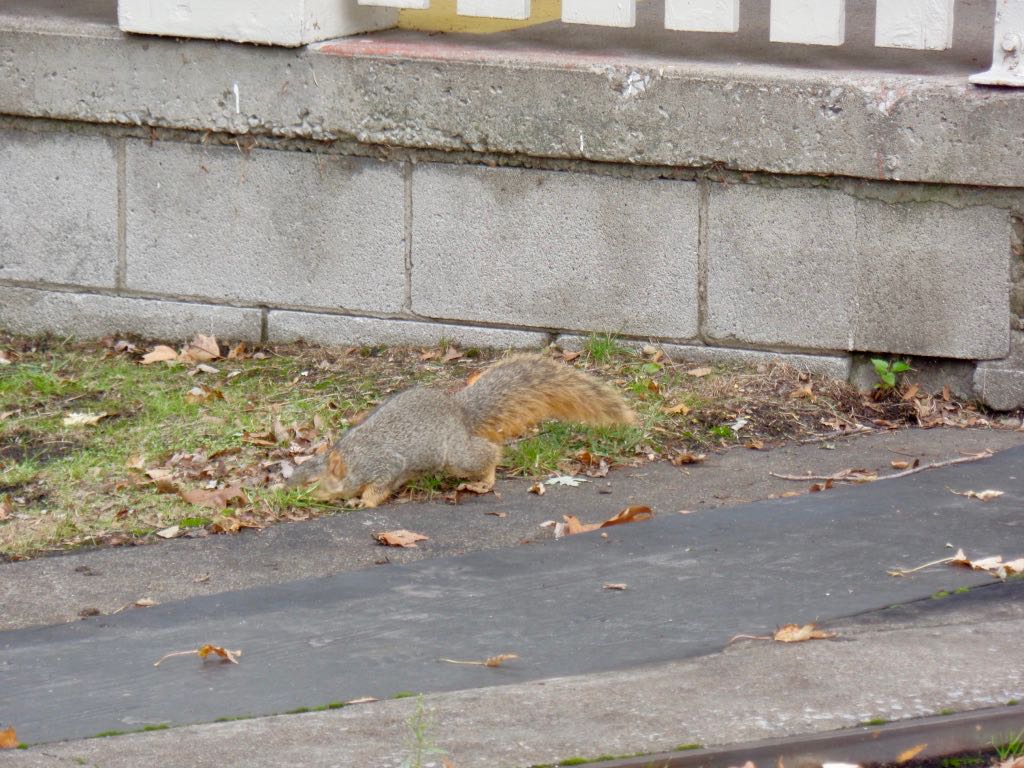 Squirrel thinking how mmmmmm, that's the good stuff. This is near the station for the Village Auto Livery, one of the old-time car ride attractions that we never saw running at the park in 2017. This got us worried that this attraction, too, was doomed, but we saw it in operation last year. We must have just gone during the wrong days or something. 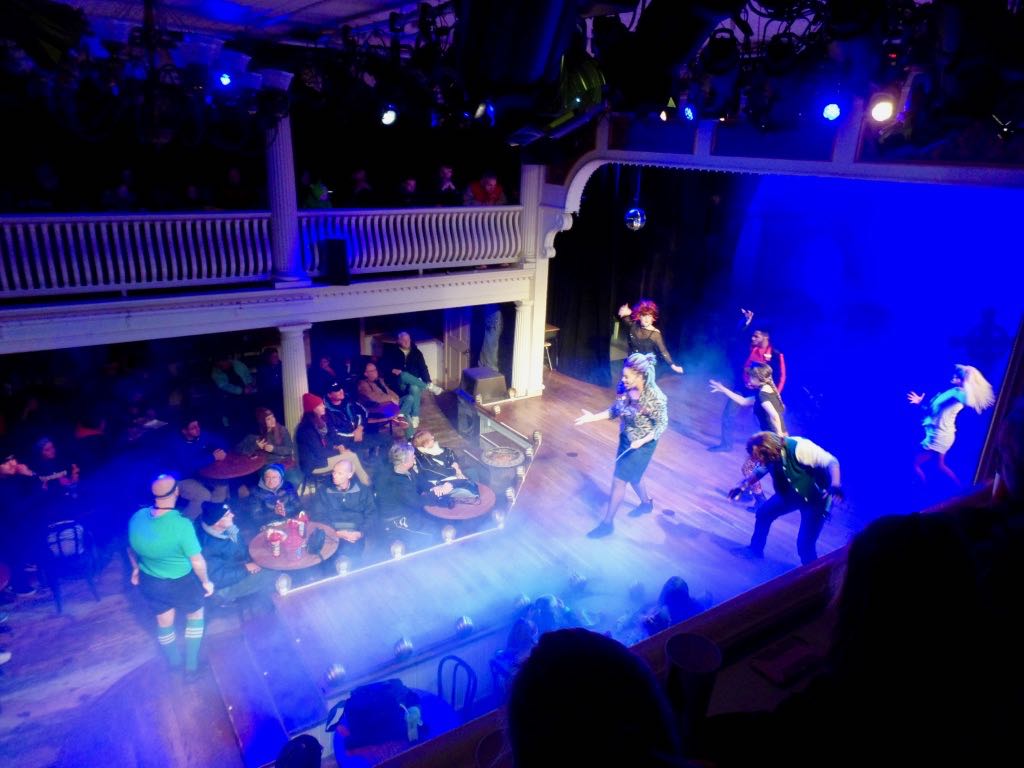 Show at ... I'm going to say Lusty Lil's. The theme was 80s High School Movie ... but Monsters. So, a lot of nice old familiar songs and, like, blackboards. 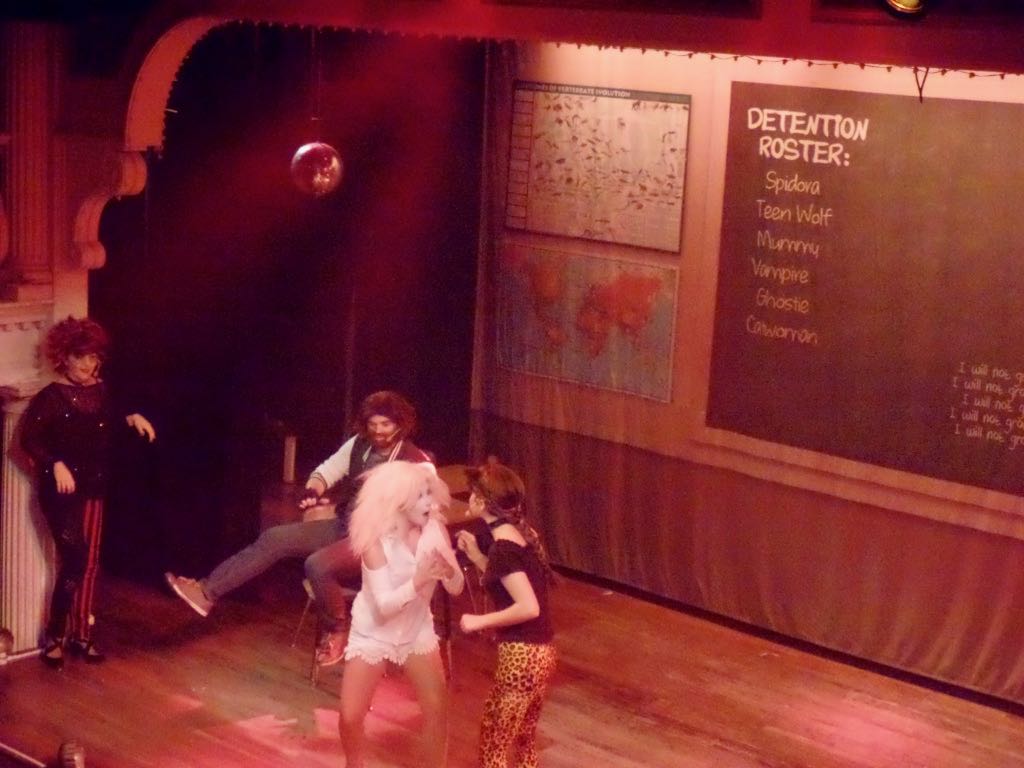 Singers and the high school class setting, with the Detention Roster letting you know the Breakfast Club But Monsters vibe that they were going for just as long as they needed to set up the show.