Here's the humor blog stuff from the last seven days:

And we're getting nearer the end of our 2017 Halloweekends visit; enjoy the photography of it all! 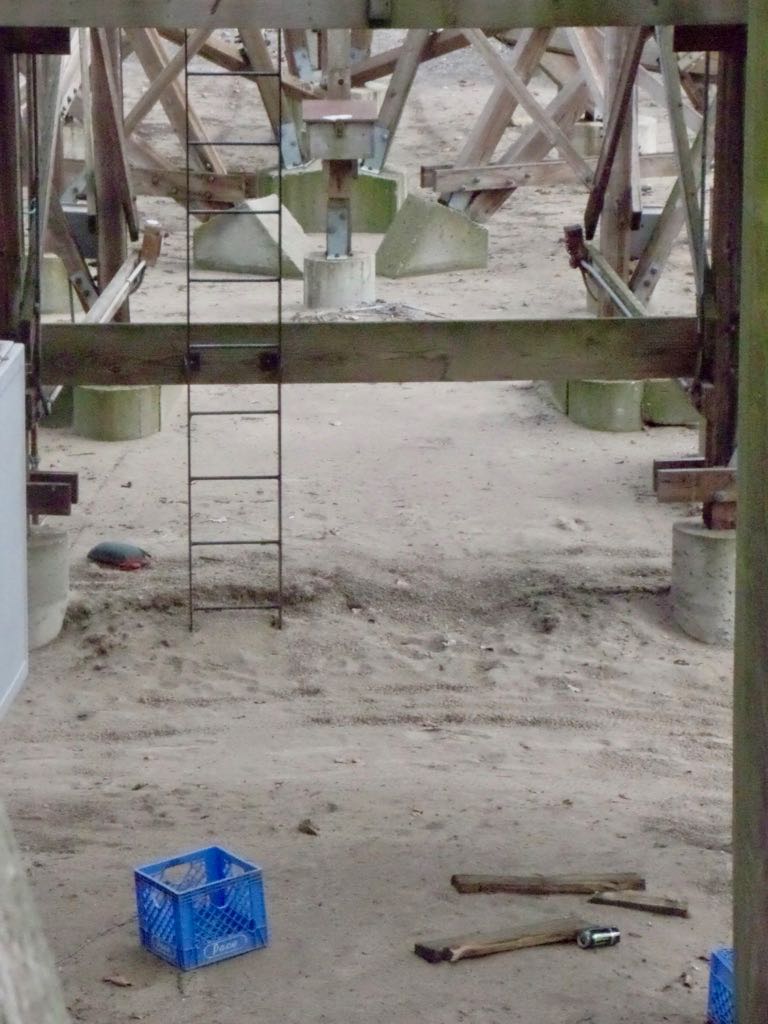 A surprising amount of debris on the ground near the Gemini return leg. Operator examining something between two of the cars on Gemini; he pulled out some kind of long thin wire but what it represented is a mystery to me. 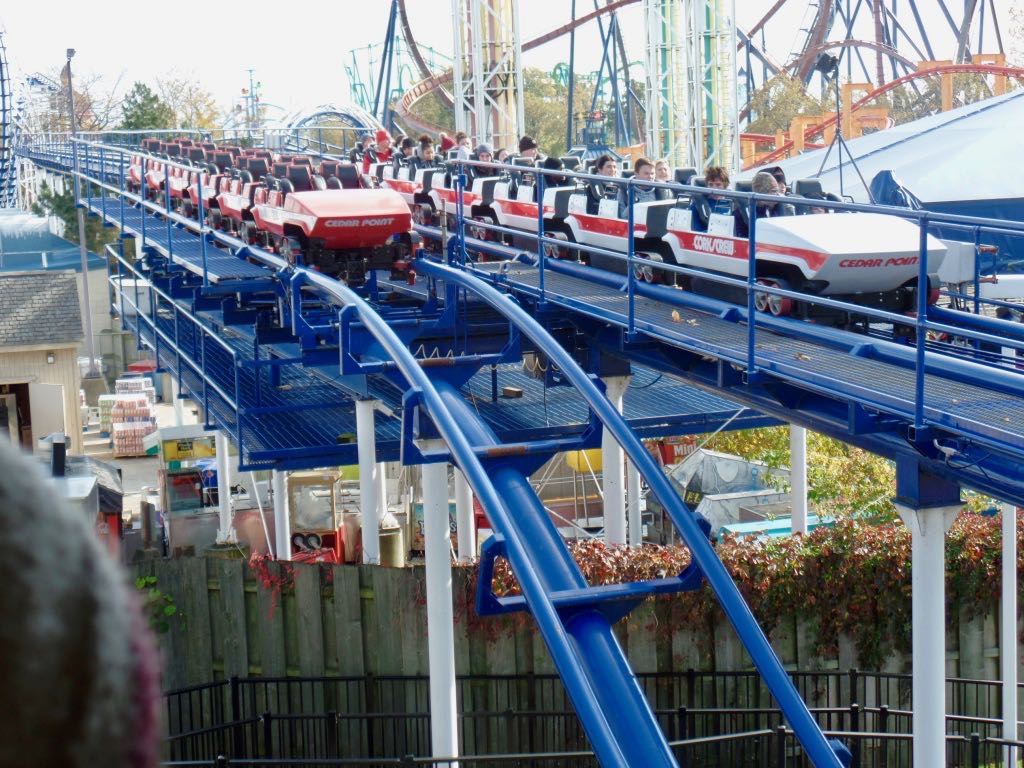 Our old friend Corkscrew. The white train was the only one in operation. The red one here is on the transfer track which would let it drop down into the station for maintenance or off to the side to join the white train in operation. There also was, at one point, a blue train (the ride opened in 1976) but nobody's seen it running except in legend in years. 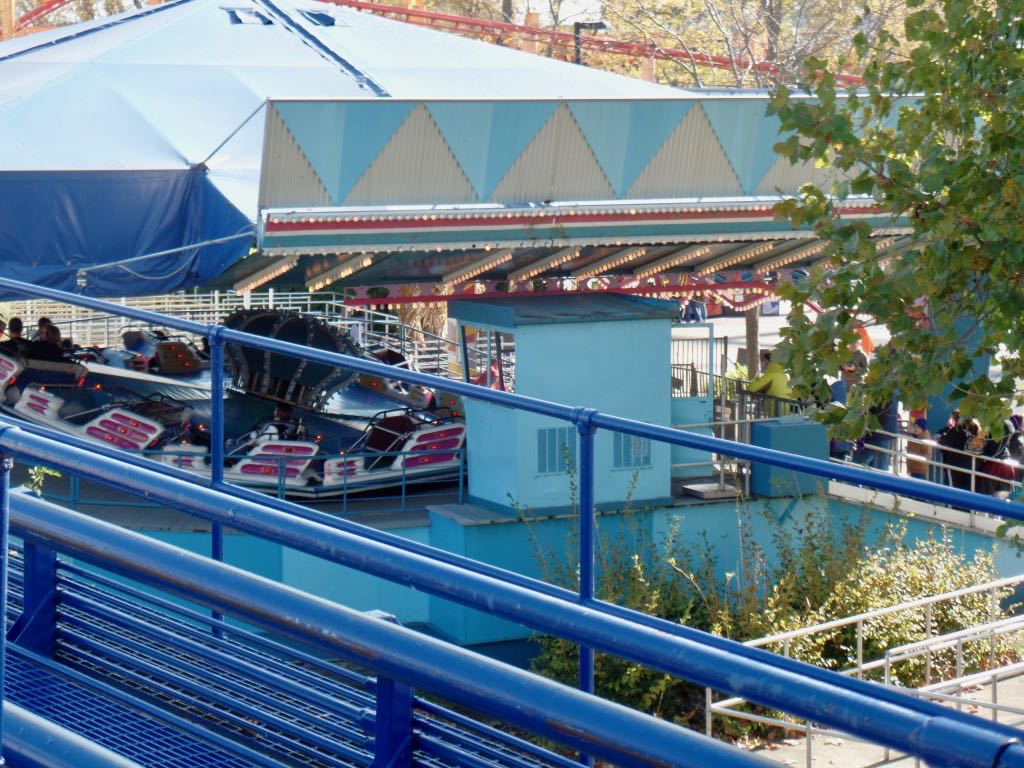 View of the Matterhorn ride from the back side, the Corkscrew platform. It looks old-styled, but I do like that look in it. 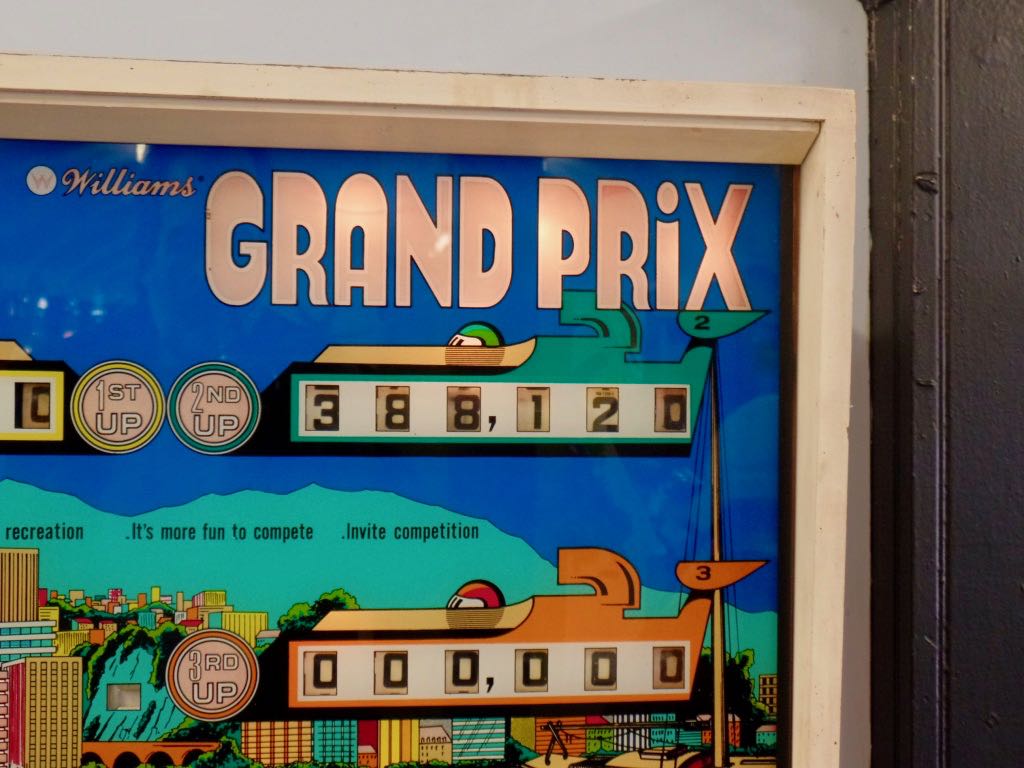 Oh hey, I guess the Grand Prix pinball game was working and I had a pretty good game. I'm guessing I was figuring to write the score down on my iPod's scorekeeping app later on. Or maybe it was

bunny_hugger's score and she didn't have her iPod on her either? Well, it was one of ours. 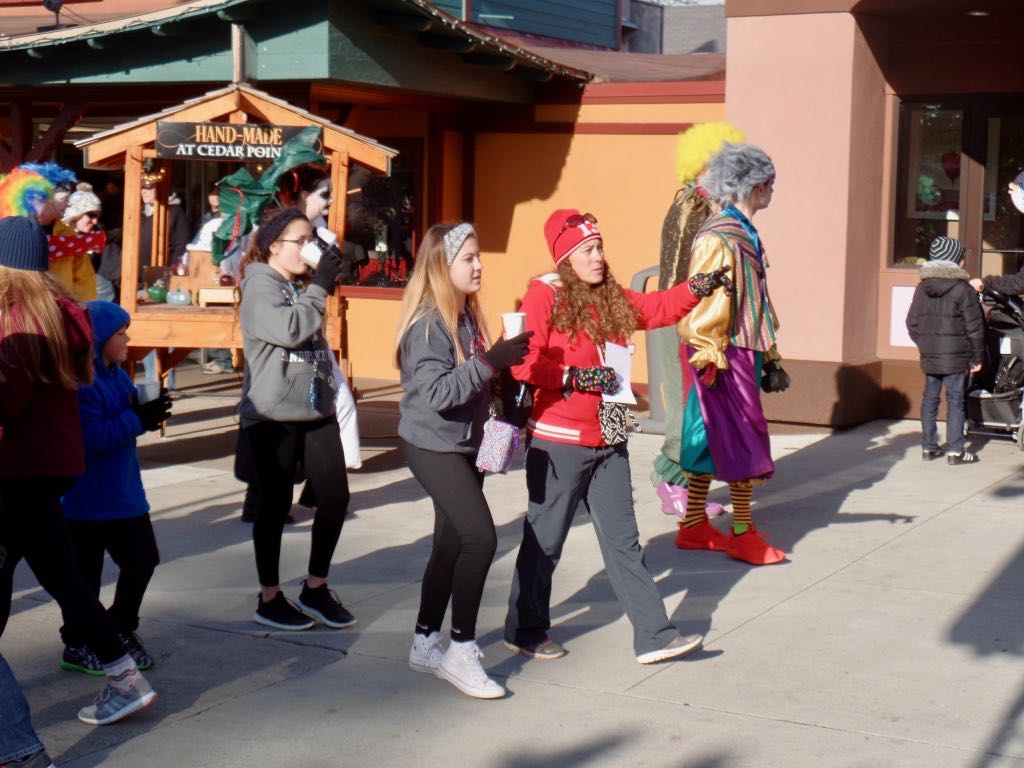 Gathering in wait for the parade to start. I think the clowns were just people attending the park in costume. 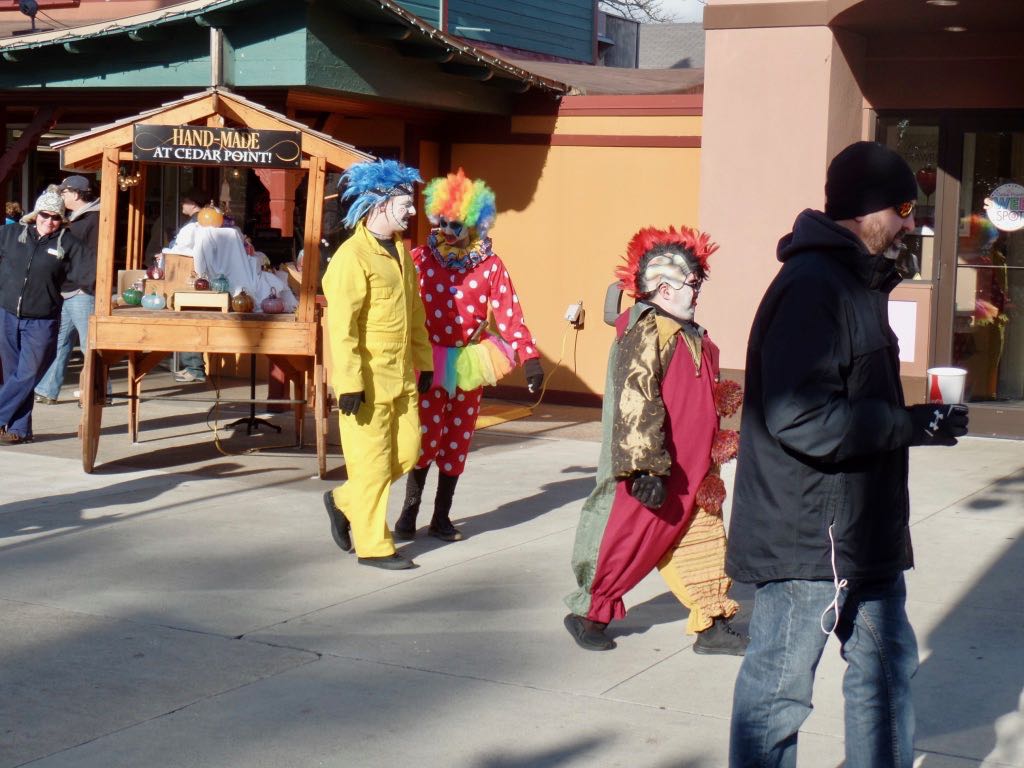 Also we were coming to learn that you could just go to Cedar Point in costume, at least at Halloweekends. I don't think these were performers for the parade. 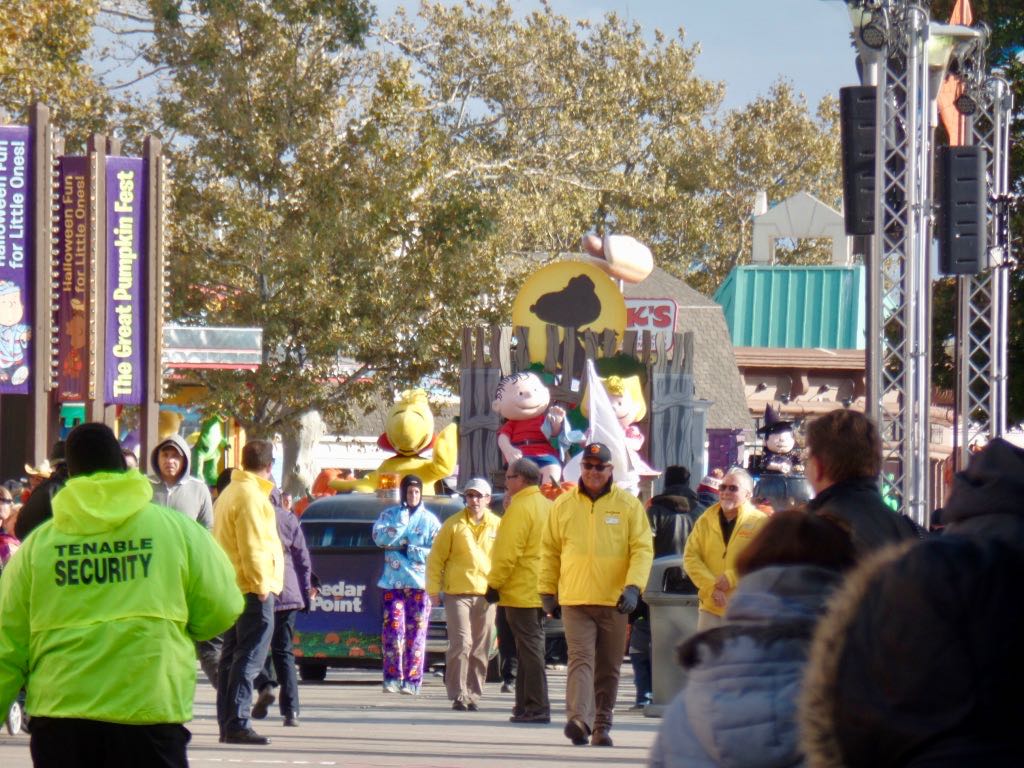 The lead float of the parade: Linus and Sally sitting on a float. Yes, that's Woodstock as a vampire behind them. Also, yes, they were hiring a group named ``Tenable Security'' because they wanted a name that sounded like the company name from some Jonathan Lethem knock-off novelist's piece about a guy who spends his life disapproving of the New Brunswick, New Jersey, punk scene for the alt-weekly. 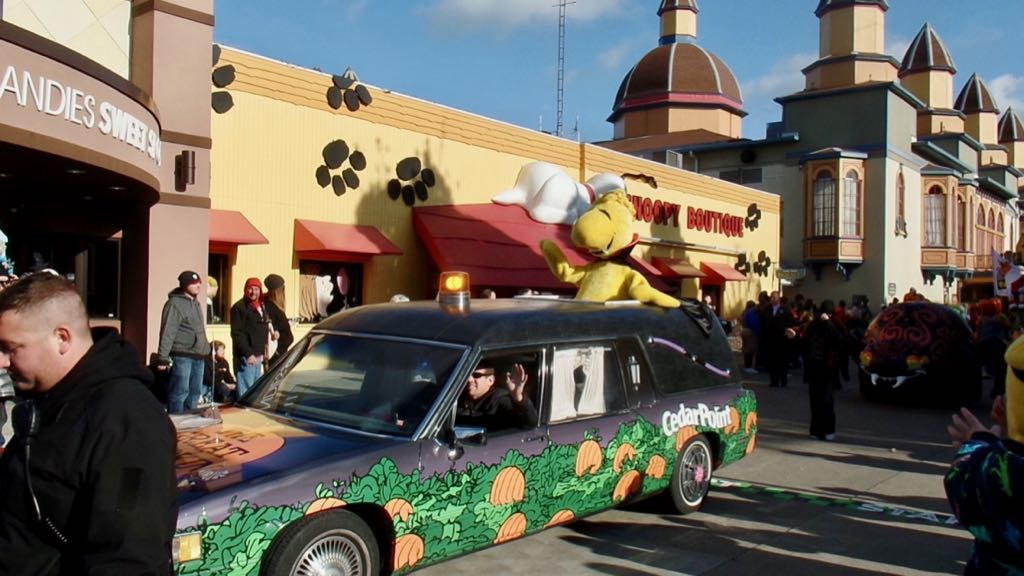 See, the reason it makes sense Woodstock would dress as a vampire is that there was this sequence where Snoopy and Woodstock became pathologically afraid of vampires, the result of Peppermint Patty telling them too many scary stories.

Trivia: After the 16-month, 4,000-mile journey of exploration of the Indoensian archipelago and New Guinea coastline from 1774-75, Captain Thomas Forrest's tiny ship --- it held three sailors --- the Tartar sold for £9 7s 6d. Source: The Honourable Company: A History of the English East India Company, John Keay.

PS: Reading the Comics, March 13, 2019: Ziggy Rerun Scandal Edition, which shows you the level of what can count as scandalous in mathematics-themed comic strips.