And begin to vocalize

Time to check in on my mathematics blog, if you aren't already reading that through Dreamwidth or the RSS reader of your choice. There's also a Livejournal reader, but I don't think anyone has ever followed that ever. I try not to admit that's also true of the Dreamwidth and probably the RSS feeds.

And then there's my big story comic report. What's Going On In Dick Tracy? Is Marty Moon Going To Get Killed? December 2018 - March 2019 in a thousand words, roughly. I had a good bit of fun here.

Now let's get to the last hours of Halloweekends 2017. I have the weirdest feeling I've said that before, but there's no way I could possibly check and find out for sure. 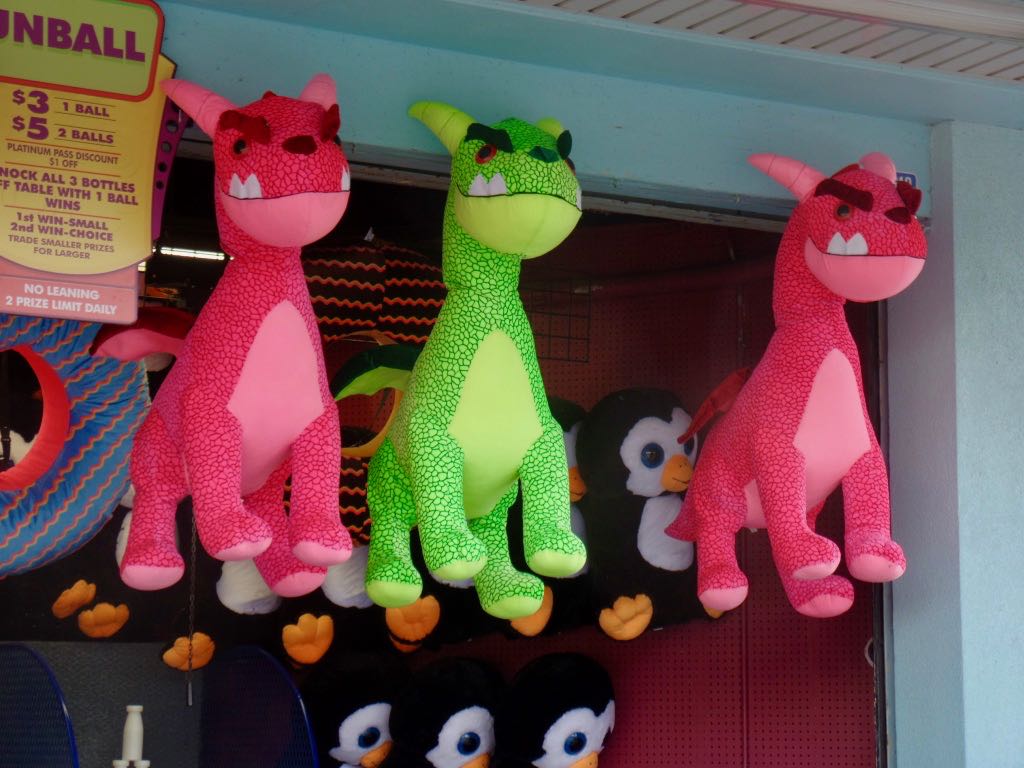 Dragon-plush redemption-prize games with a look I really love. Those faces have that great ``bulldog in a 1950s non-UPA-style cartoon'' look to them. 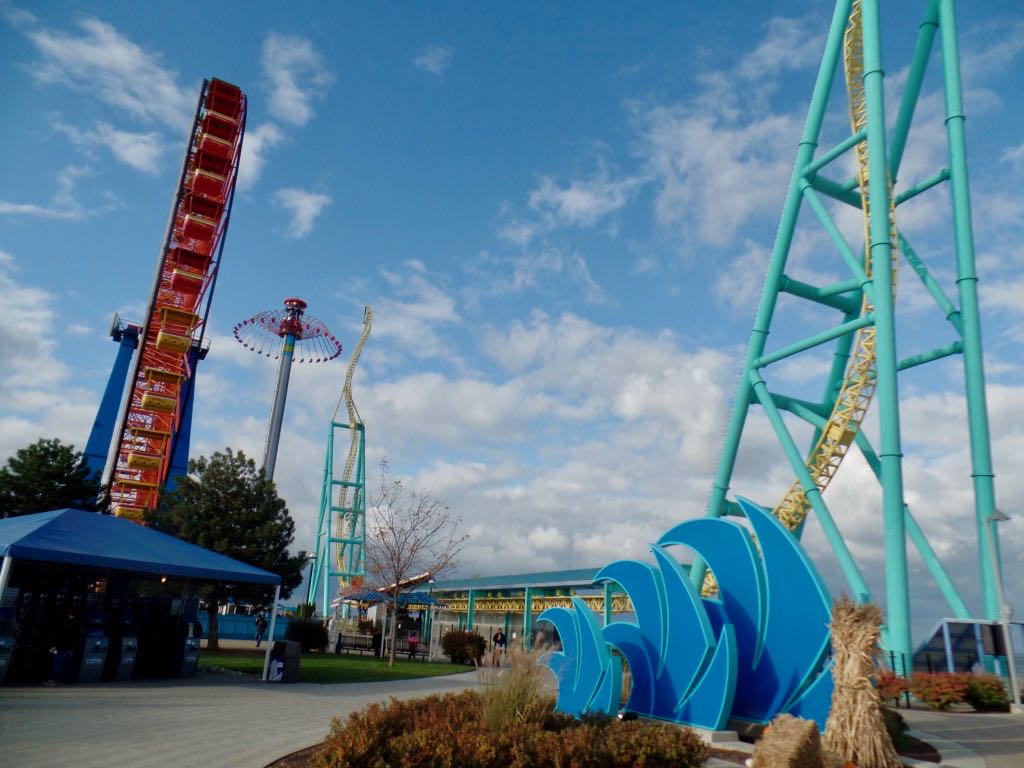 The roller coaster is Wicked Twister; the blue wavy sign thing up front is for GateKeeper, though, a nice bit of theming that suggests the gryphon wings and also the water rolling up on the beach behind it. 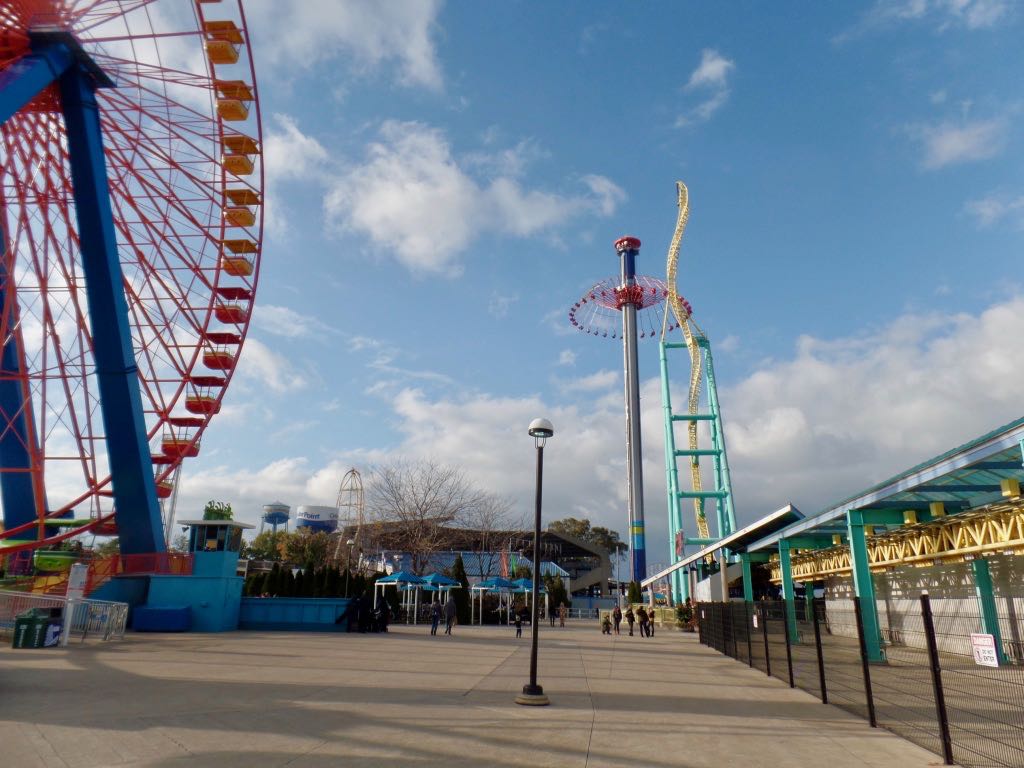 Looking at Windseeker and the now-demolished aquatic stadium, from between the Giant Wheel and Wicked Twister. 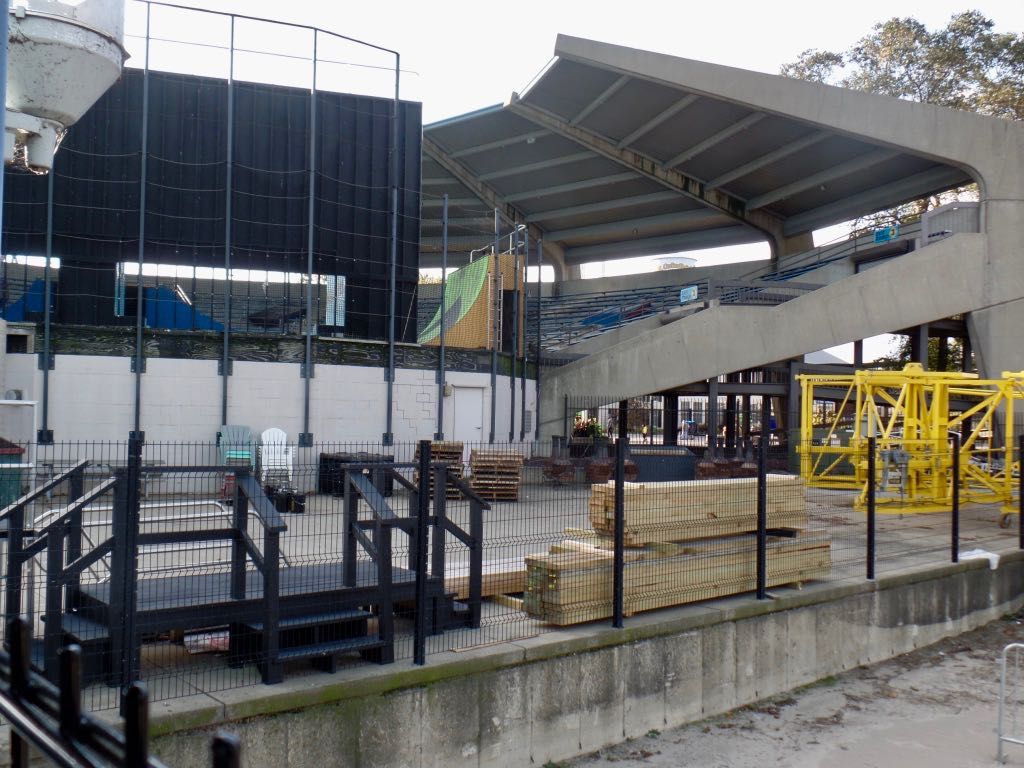 This is as much of the inside of the Aquatic Stadium as I ever saw. After they got rid of the dolphin shows it was used for performances like, apparently, skateboarding tricks. 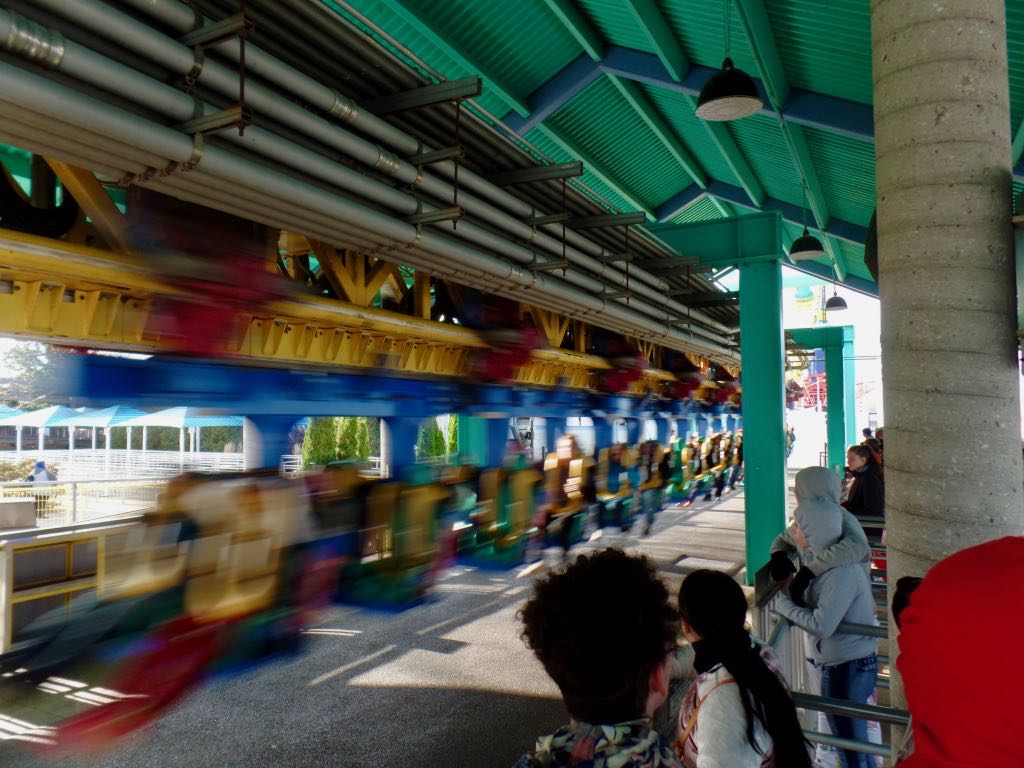 Bye! Wicked Twister shuttles the train back and forth, through the station and up those tall pillars, several times. 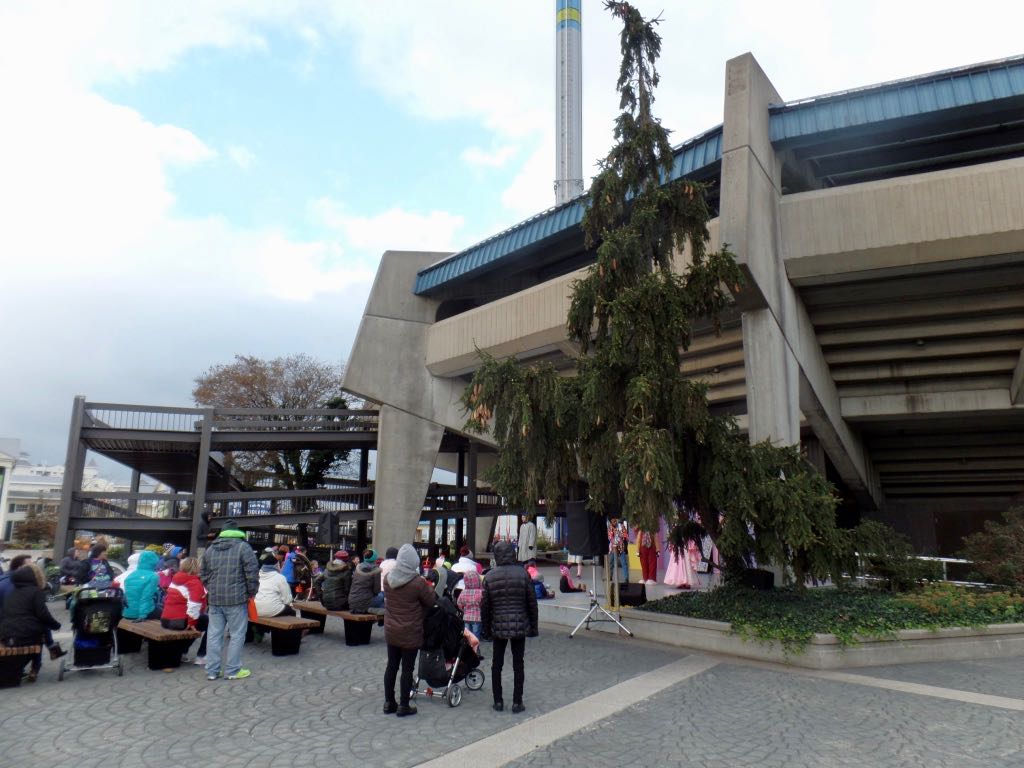 While there wasn't anything happening inside the stadium, its area was set up for a children's show that we wandered across. 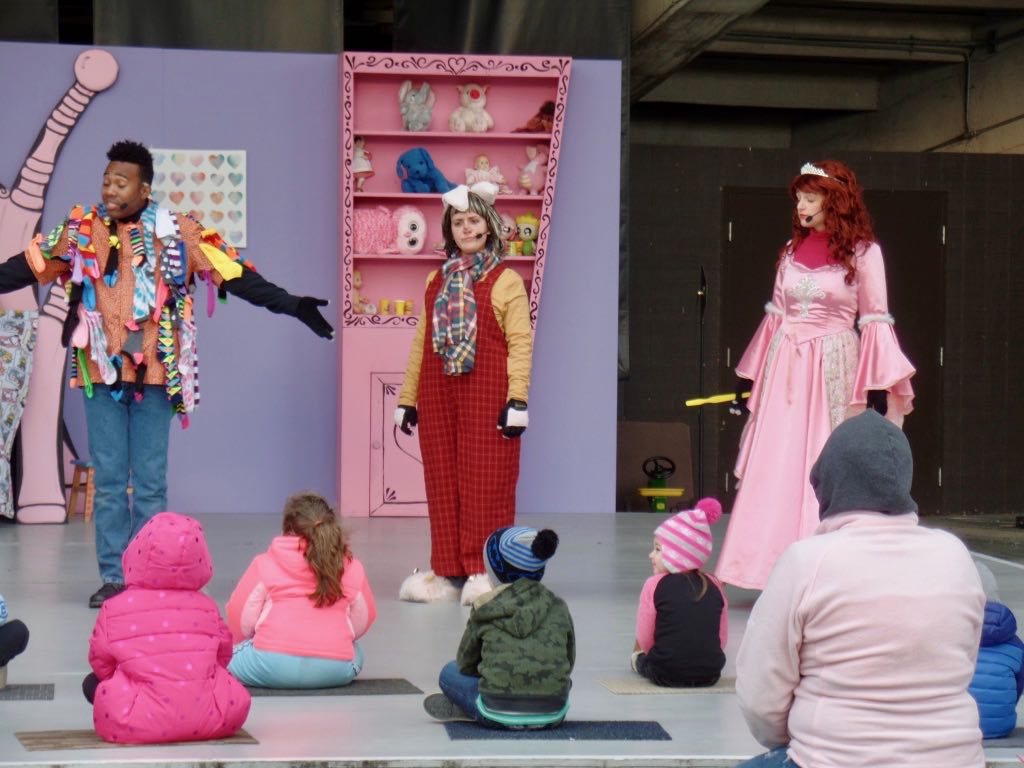 The show was Monster Under My Bed; this, I think, is from a moment before the monster's been found. 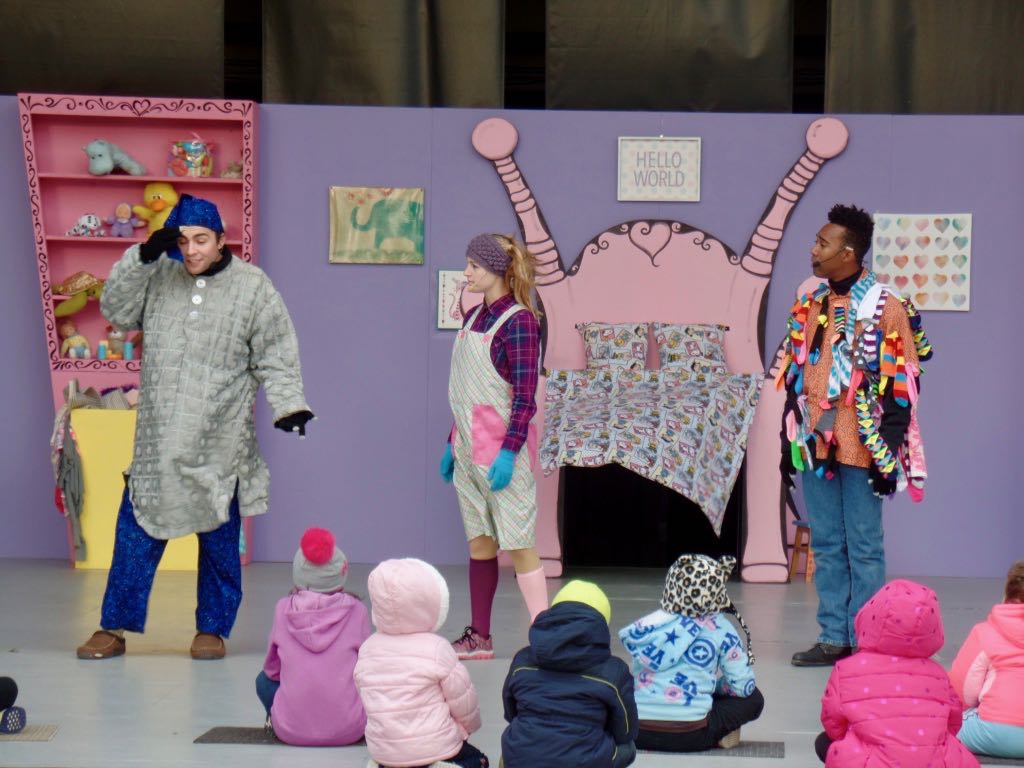 I think that's the sandman on the left, a rag doll in the center, and a heap of socks on the right, but I admit not remembering the narrative very well. It's neat the kid has already needle-pointed her first program, though. 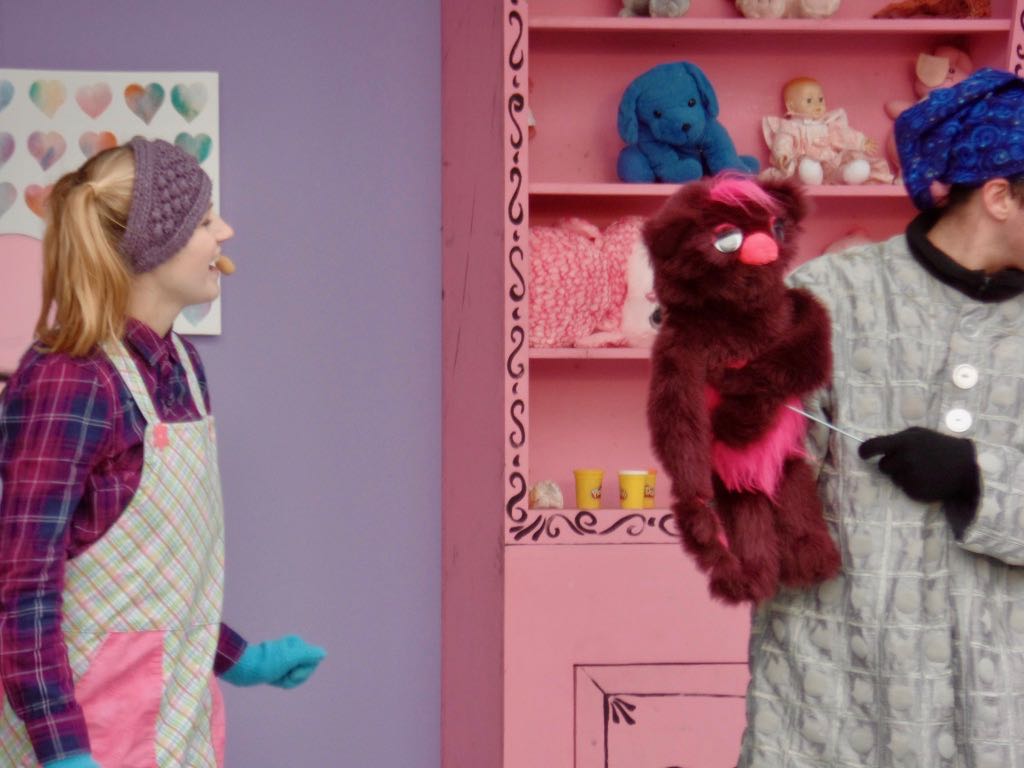 And a moment of chat between the rag doll and a puppet. Possibly this was the Monster under the Bed? 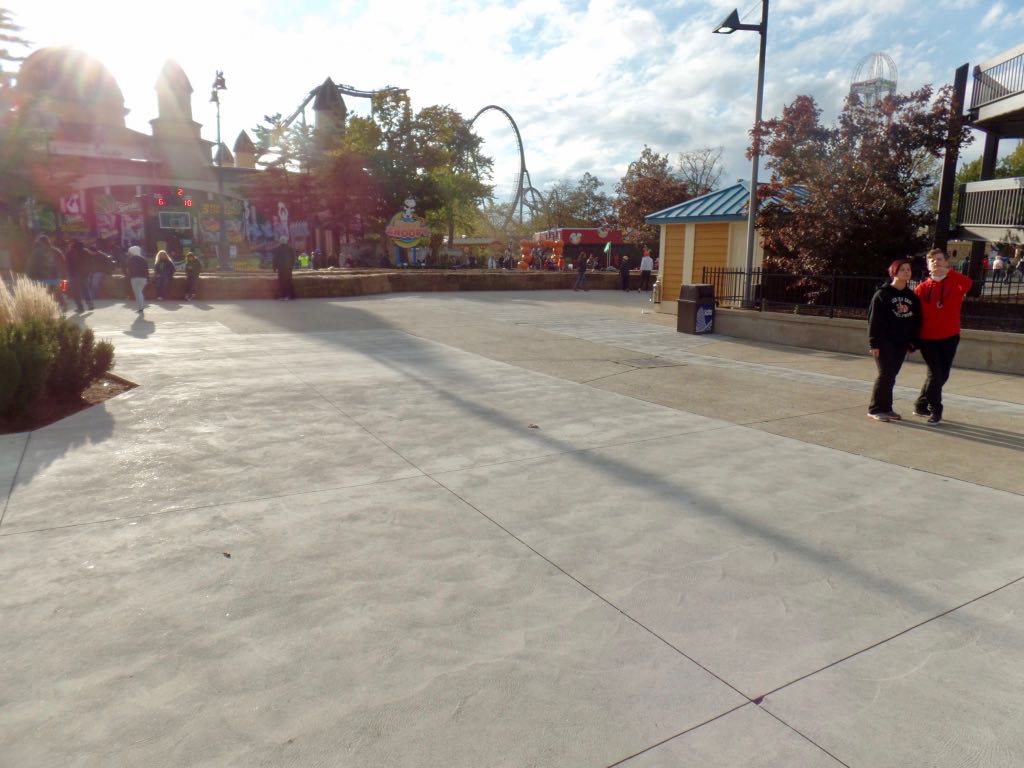 The sun setting behind the Coliseum and the Camp Snoopy children's section of the park. (Cedar Point has ... three? ... children's areas, two of them with Peanuts theming.) 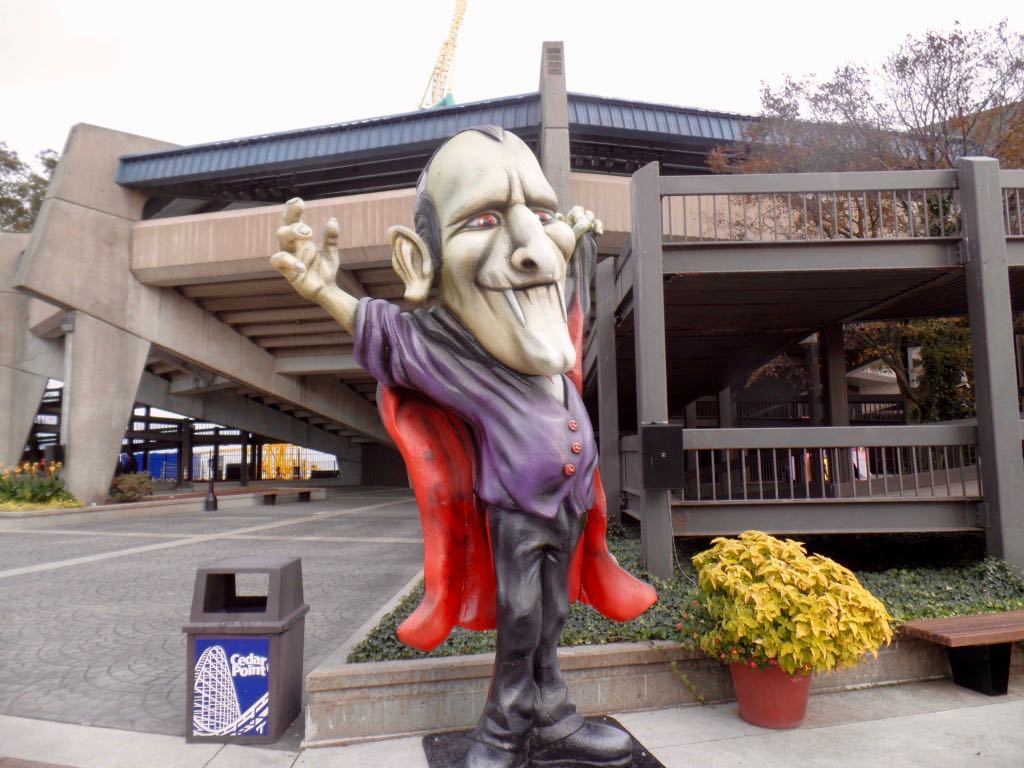 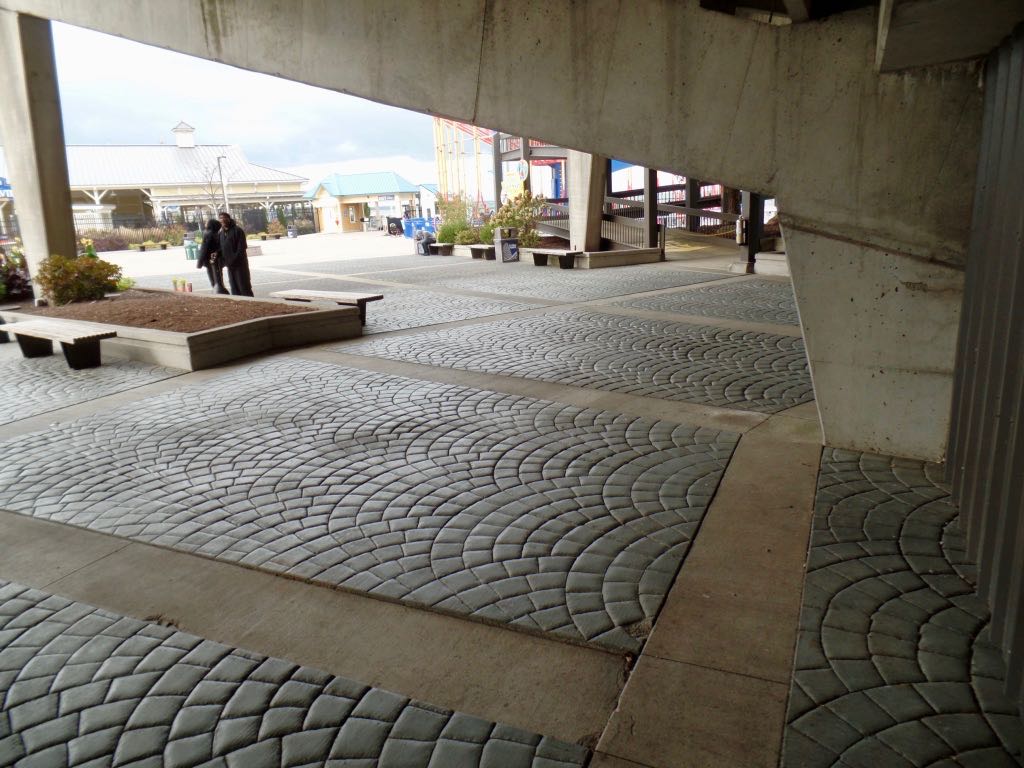 View from beneath the stadium. The tiling is lightly hypnotic there.

Trivia: An ordinary term for Latin as a language, during the Middle Ages, was ``grammatica'', reflecting the school subject in which the language was studied. Source: Empires of the Word: A Language History of the World, Nicholas Ostler.