Our coffee grinder is broken. It's a simple thing, a Krups model that's got a whirring blade in the top, a plastic dome to cover the beans you've poured in, and a depressor stick on the dome that you press down to start the grinding. And a couple weeks ago that stopped working. I'm not sure if the stick broke or if something got jammed inside the part of the mechanism that the depressor goes into, but it's at least one of those. I can get the blades to spin by poking a knife blade into that spot, but since that requires the dome to be off the coffee grinder, there's this problem with spraying coffee beans all over the kitchen.

bunny_hugger thought of the obvious workaround: use our full-size blender. It's got many grinding options, including one for chopping up ice. That gives quick little pulses of grinding and yeah, that works. We've needed some experimentation to get grounds as fine as

bunny_hugger likes, but I think we've got that licked now.

I had assumed replacing our kind of coffee grinder would be easy. So easy, indeed, that when I saw the same model of our thing at Horrock's I didn't buy it. I went home to check it was what

bunny_hugger wanted, or whether she wanted to get a different model of things. She did not. I went back. It was gone. I went back today, a week later, and it was still out. Nobody there knew if they were getting more in, but they did tell me who to call ``during the day'' (I was there at like 4 pm) to ask after it.

I had also assumed it would be easy to find a coffee grinder like this in many other stores, like Bed, Bath, and Beyond, or Meijer's, or ... really, most anywhere. No. There are coffee grinders, but ones that are much larger and threaten to do much more than we need, for more money. Or there are somewhat dinky ones that

bunny_hugger didn't like the looks of. More, there seems to be only a single brand of coffee grinder per store, near as I can tell. Not everyone can be on Keurig cups, right? So what's going on?

While the coffee grinder issue persists (we should check Best Buy, they might have something) we're making do with the regular blender. We've got it mostly domesticated; it's just a bit hard getting the last of the ground beans out of the base of the blender jar. If we keep using this, and it's looking like we might have to, we'll have to overcome that problem.

Trivia: The first record of Edward, Prince of Wales being referred to as ``the Black Prince'' dates to the 16th century, two hundred years after his life (1330 - 1376). Source: Shakespeare's Kings: The Great Plays and the History of England in the Middle Ages: 1337 - 1485 John Julius Norwich.

Currently Reading: Atari Age: The Emergence of Video Games in America, Michael Z Newman. Another book about the cultural impact of computers in the late-70s and early-80s, another book not mentioning Automan in the slightest, which is correct.

PS: It's not true that we'll never get to the end of Halloweekends. That said, we're not there yet. 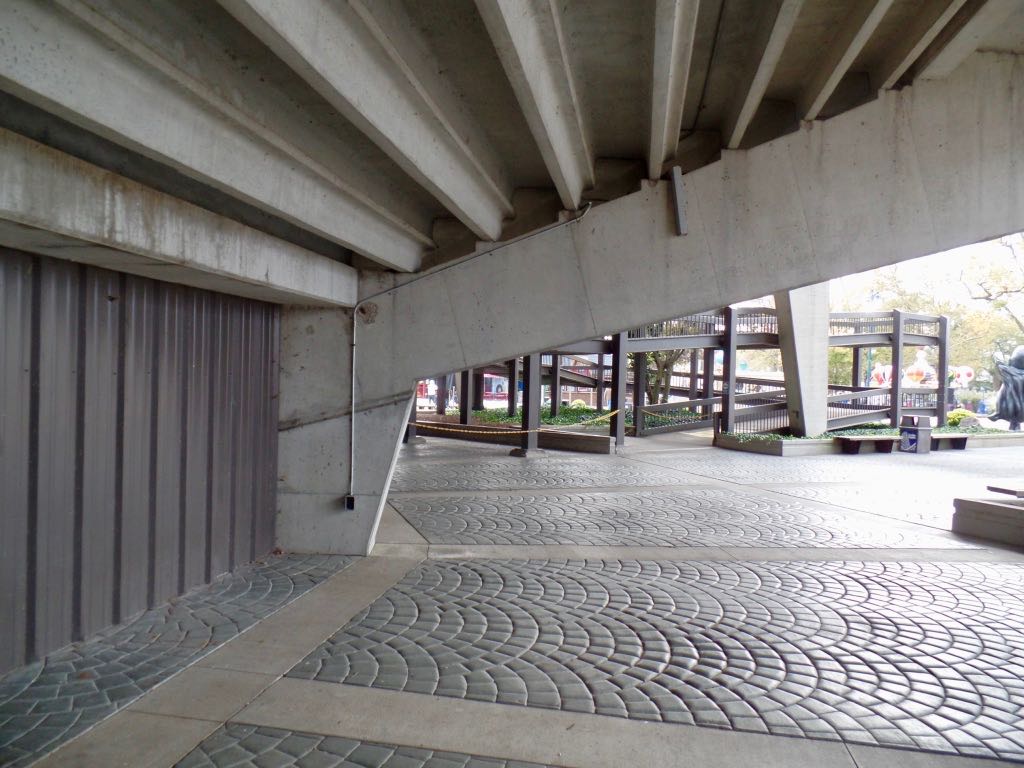 Until the early 2000s there were aquariums where the pleated-style metal slats on the left are. And you can see why this made a good void space for small shows. 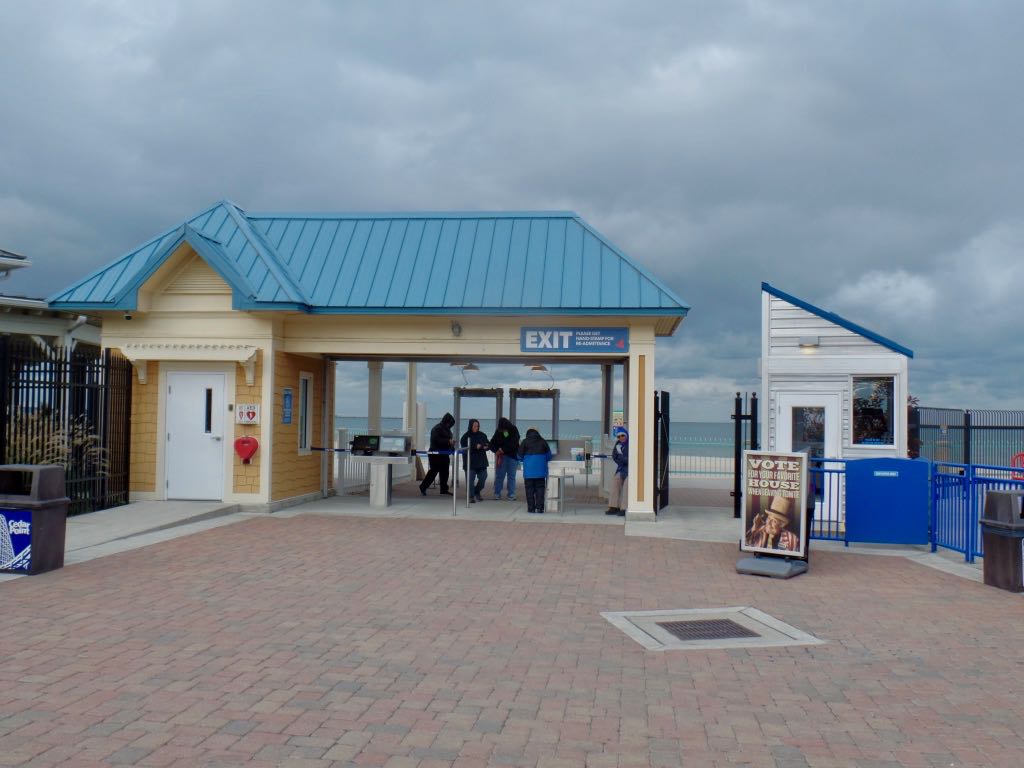 The Beach Gate, the one we'd take to our dismay later in the day. It hasn't, as of the end of 2018, been renovated into something different yet.

Panoramic view of the Beach Gate, Windseeker, and the Aquatic Stadium. I have no idea what the light streak across the picture is. Maybe someone was walking past me but only part of their face photographed somehow?