And here, as much heralded and prophesied: the end of the Halloweekends 2017 visit! Enjoy! 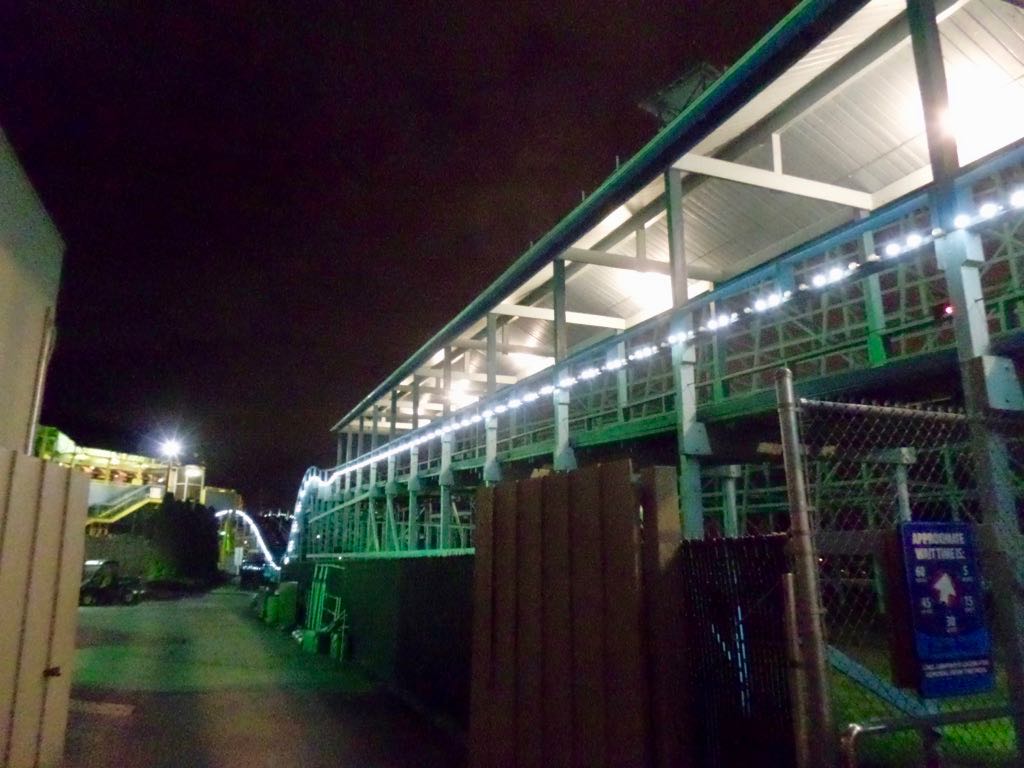 Our last visit to Blue Streak for 2017. The chaser lights look great on it. 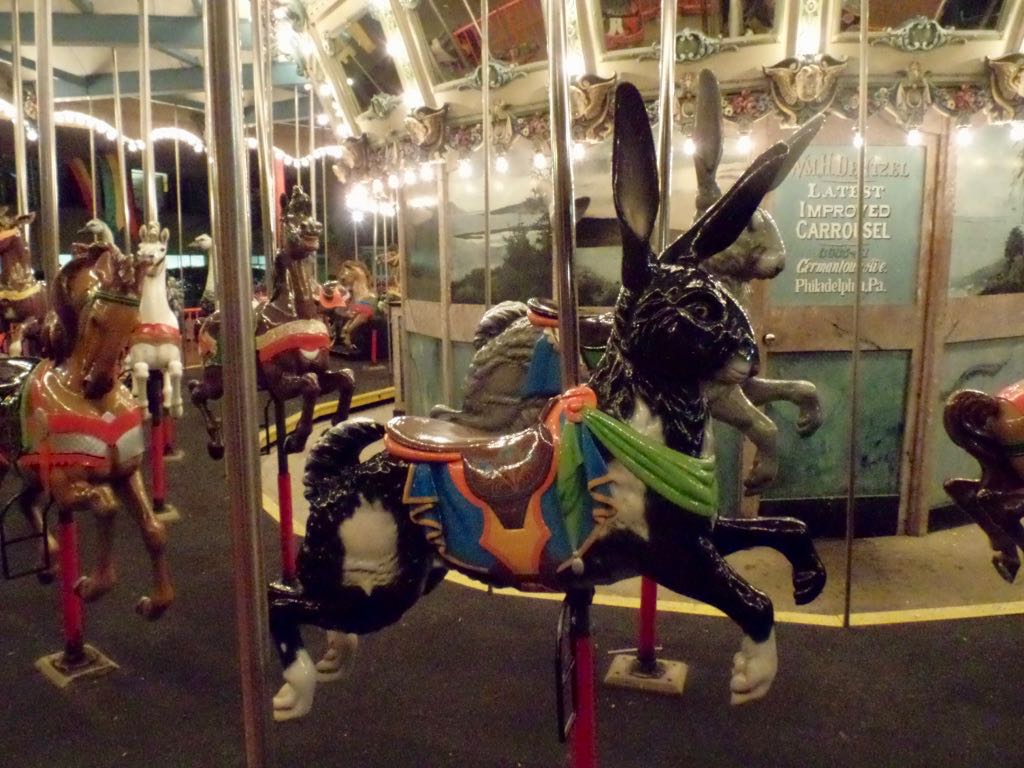 Last visit to the Kiddie Kingdom carousel, with the black rabbit that was so important to 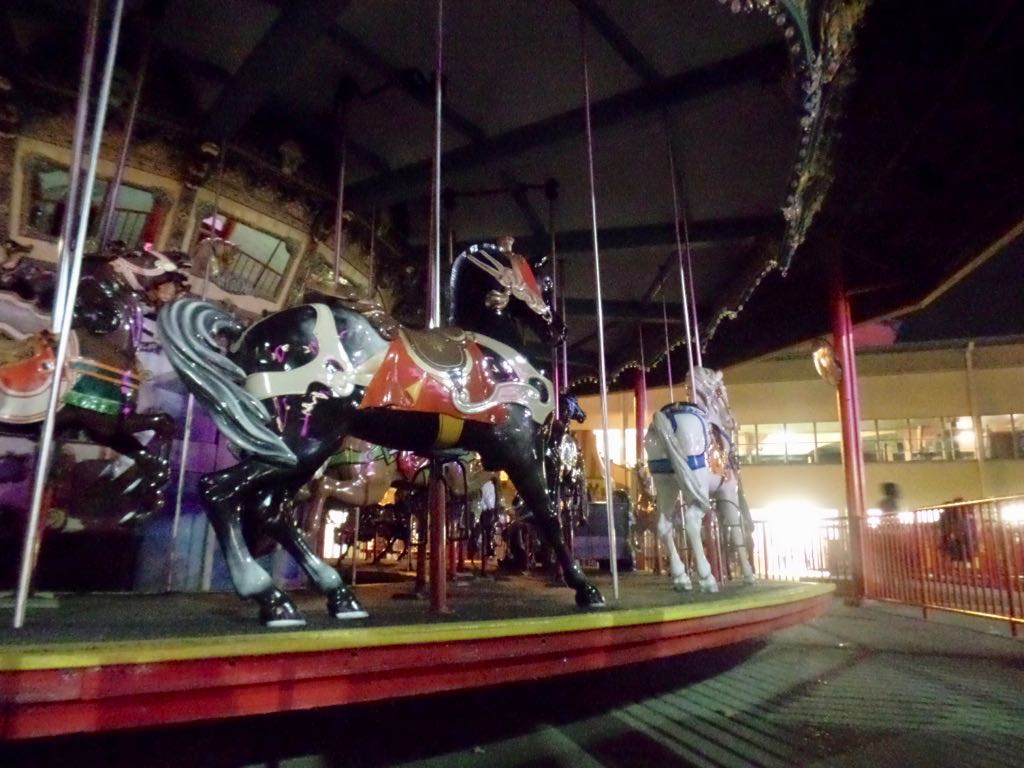 Lights off! The park's closed and our visit was over. 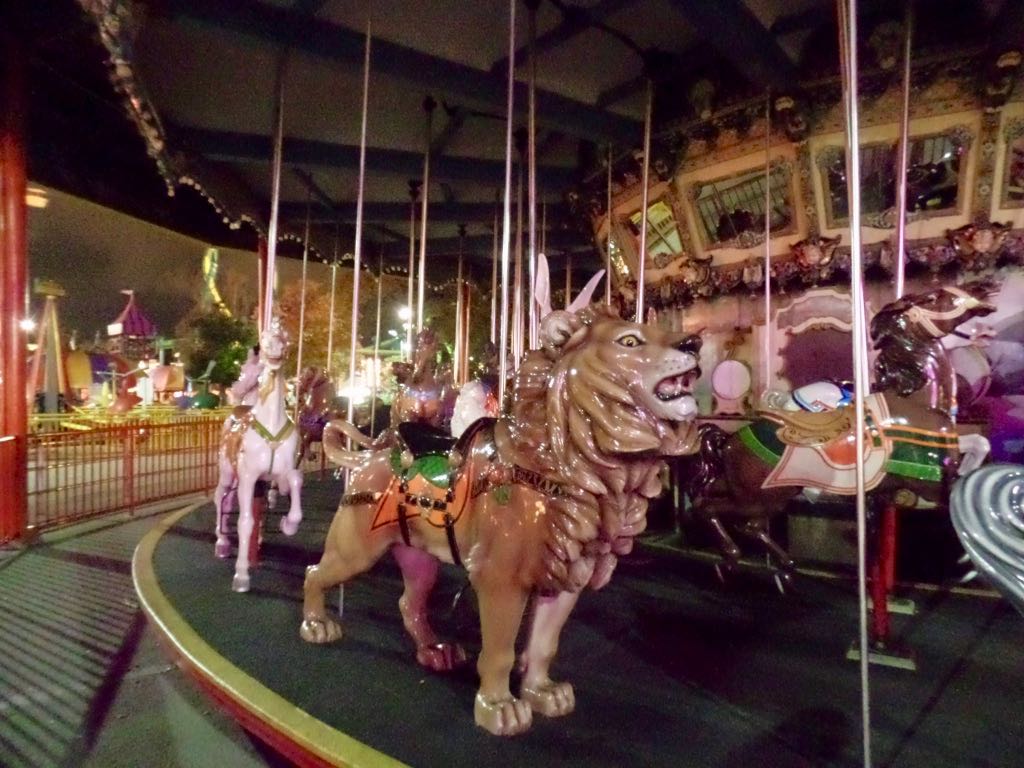 The lion on the Kiddie Kingdom carousel, with the lights out and the park closing around it. 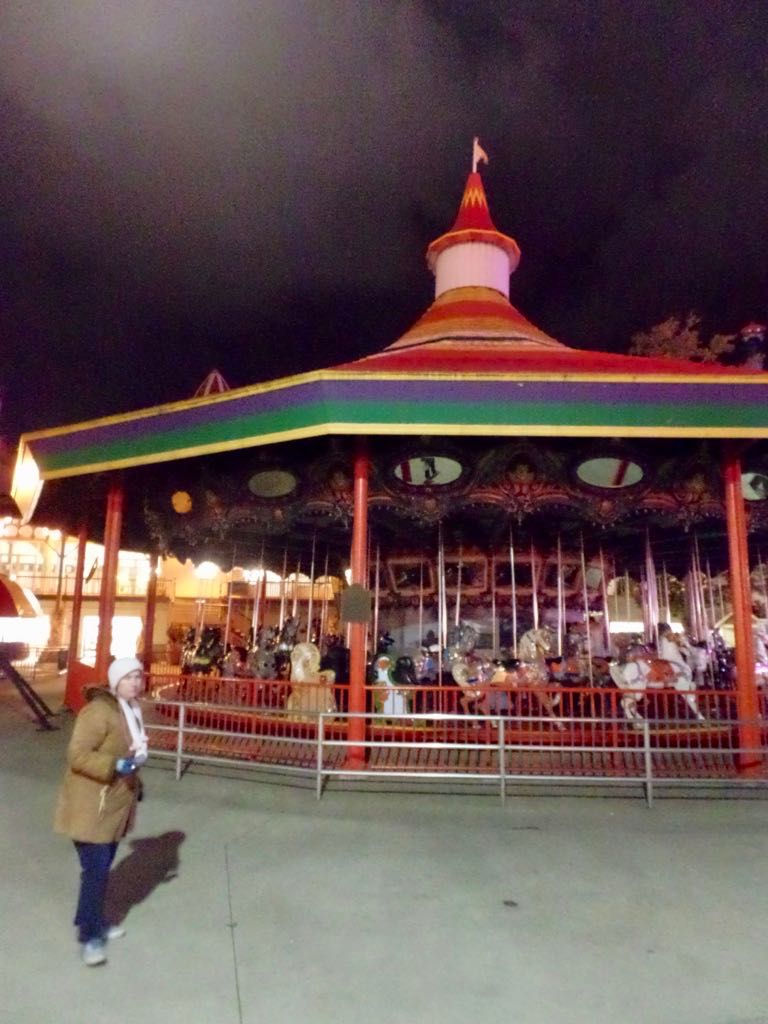 How the Kiddie Kingdom carousel looks in the dark, with

bunny_hugger disapproving of the end of Halloweekends. 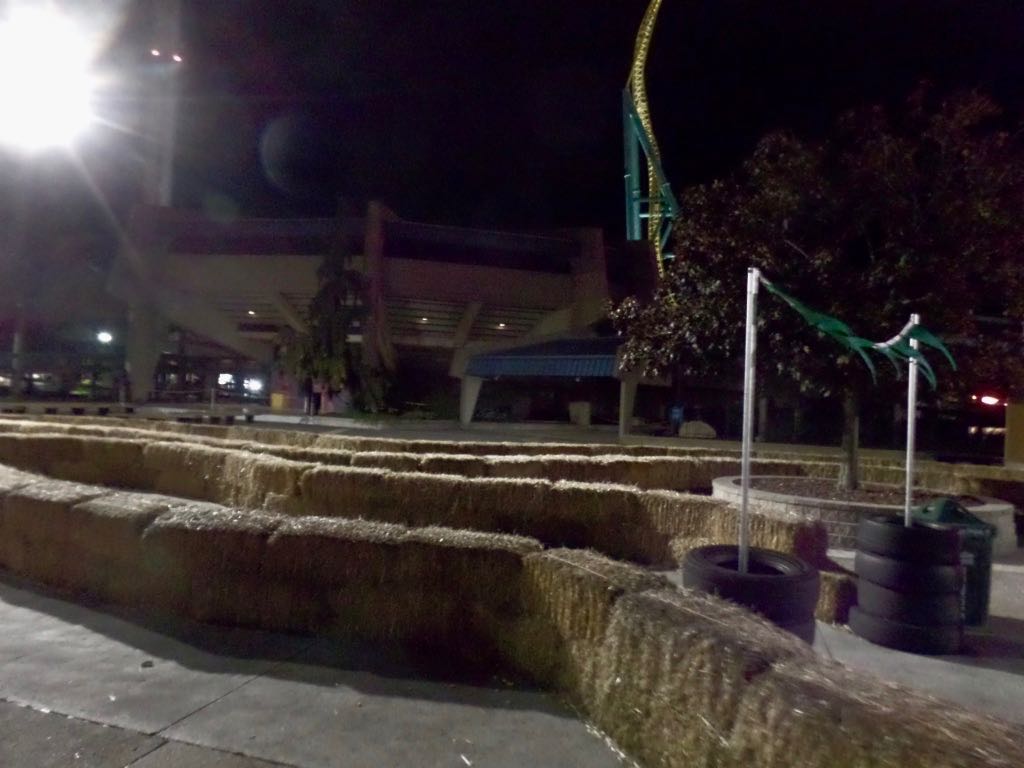 Hay-bale go-kart-style track (I think it used pedal tricycles) set up near the Aquatic Stadium, it turns out. 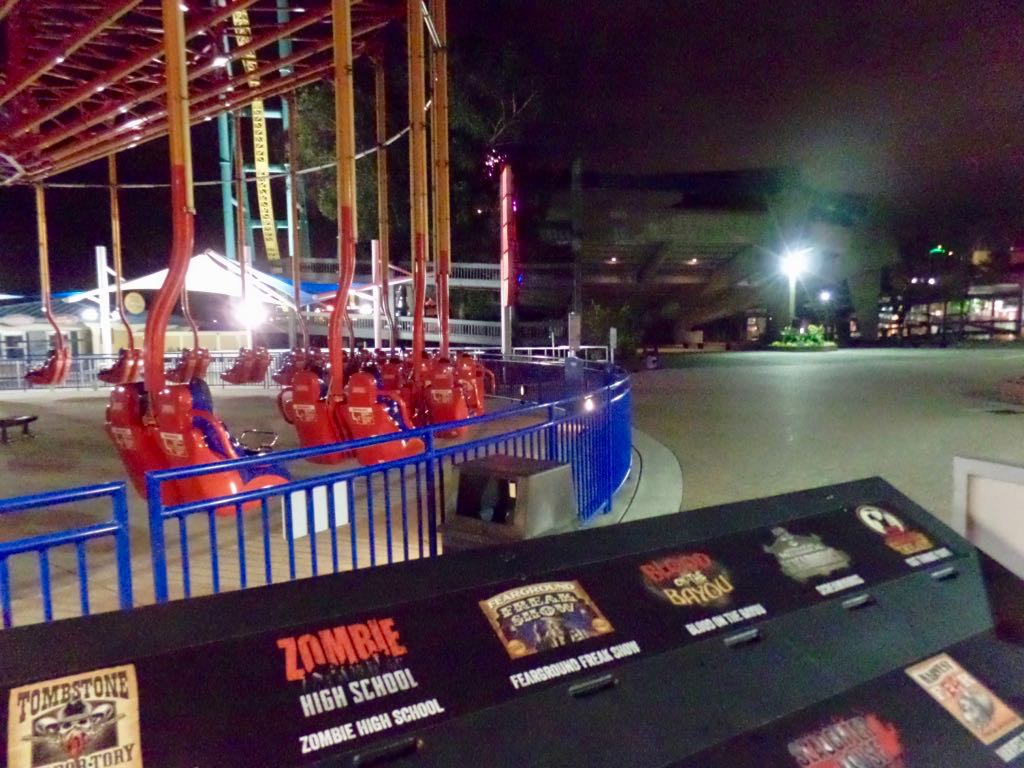 Windseeker put away for the night. Also a sign showing off the various walk-through and haunted house attractions. 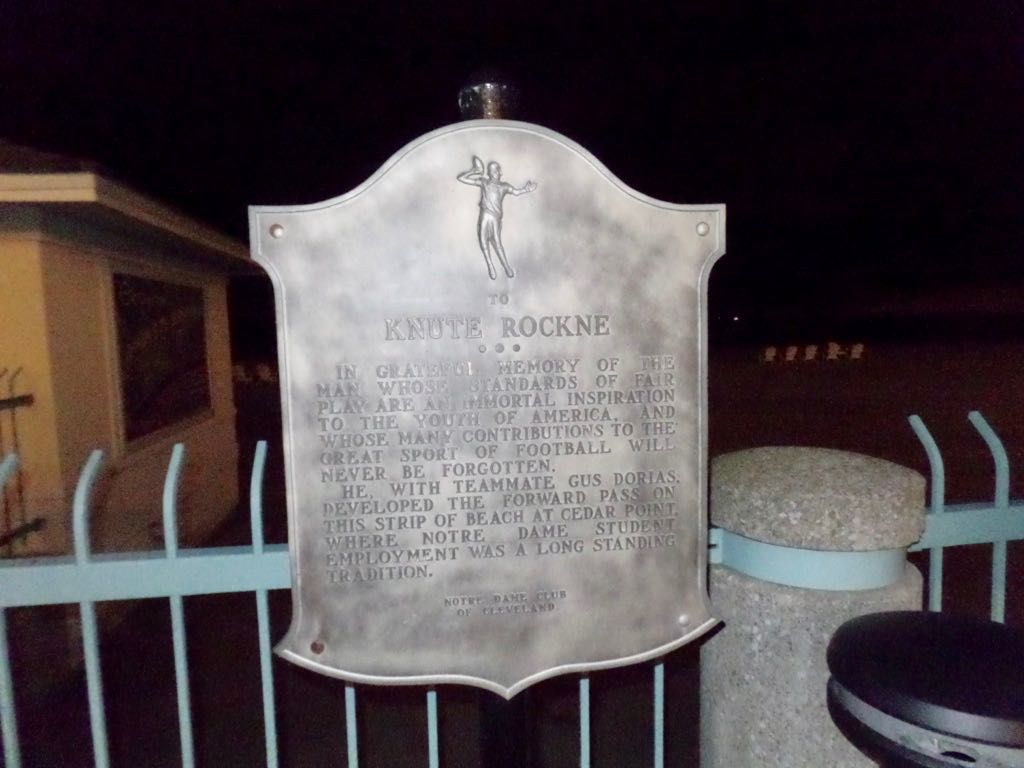 Boardwalk plaque commemorating Knute Rockne and Gus Dorias, who used Cedar Point to develop the forward pass, without which football could plausibly have been banished as a needlessly bloody, violet, dangerous sport so obviously destructive of health that no person should be subjected to it. 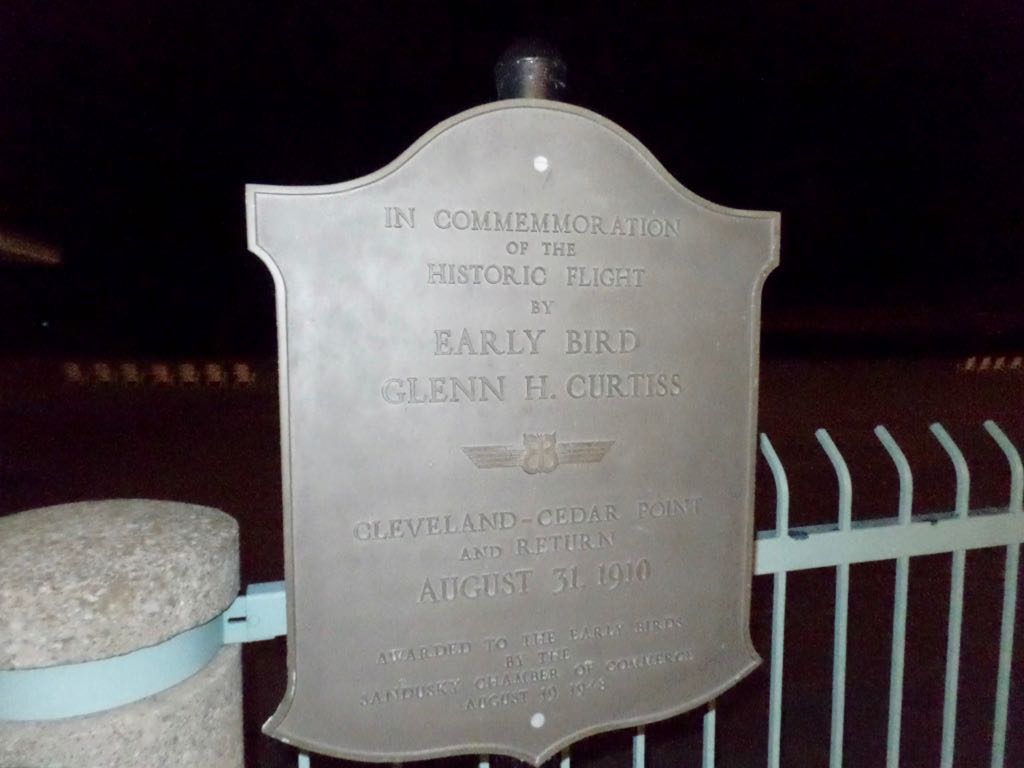 Boardwalk plaque commemorating Glenn Curtiss's 1910 flight from Cleveland to Sandusky and back, one of the first long continuous flights over a body of water.

Trivia: A few days after addressing the Festival of the Supreme Being, the 8th of June, 1794, Joseph-Jéröme Lalande announced had added 1200 stars to his catalogue in the previous ten days, bringing his catalogue's total to 21,000 stars charted. Source: The Measure of All Things: The Seven-Year Odyssey That Transformed the World, Ken Alder.