Like a streak of light he arrives just in time

How's my humor blog going? Thought you'd never ask after last week's feast of brilliance. If you weren't reading this on your preferred RSS reader, you might want to catch up on these posts:

And now back to Halloweekends wait no that's not it. Right. Some Halloween stuff, though. Our pumpkin-carving that year, and the Halloween party we went to at the hipster bar where Lansing Pinball League meets. This won't take long. 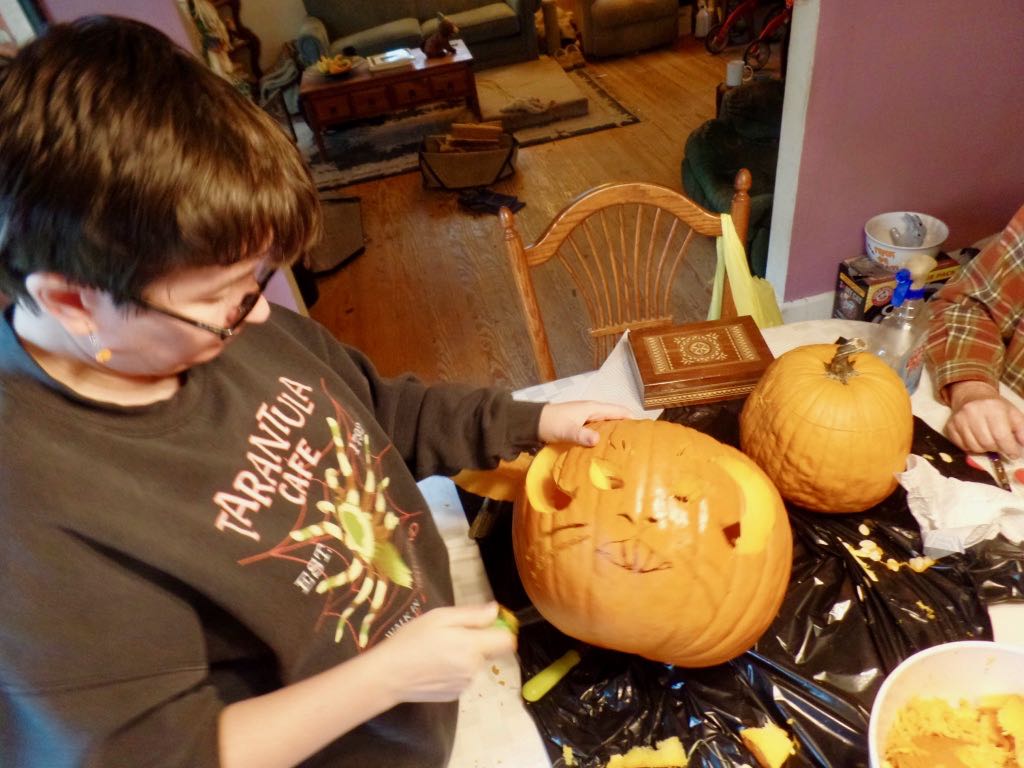 bunny_hugger at work carving her pumpkin, which that year was going for a bit of a rodent theme. 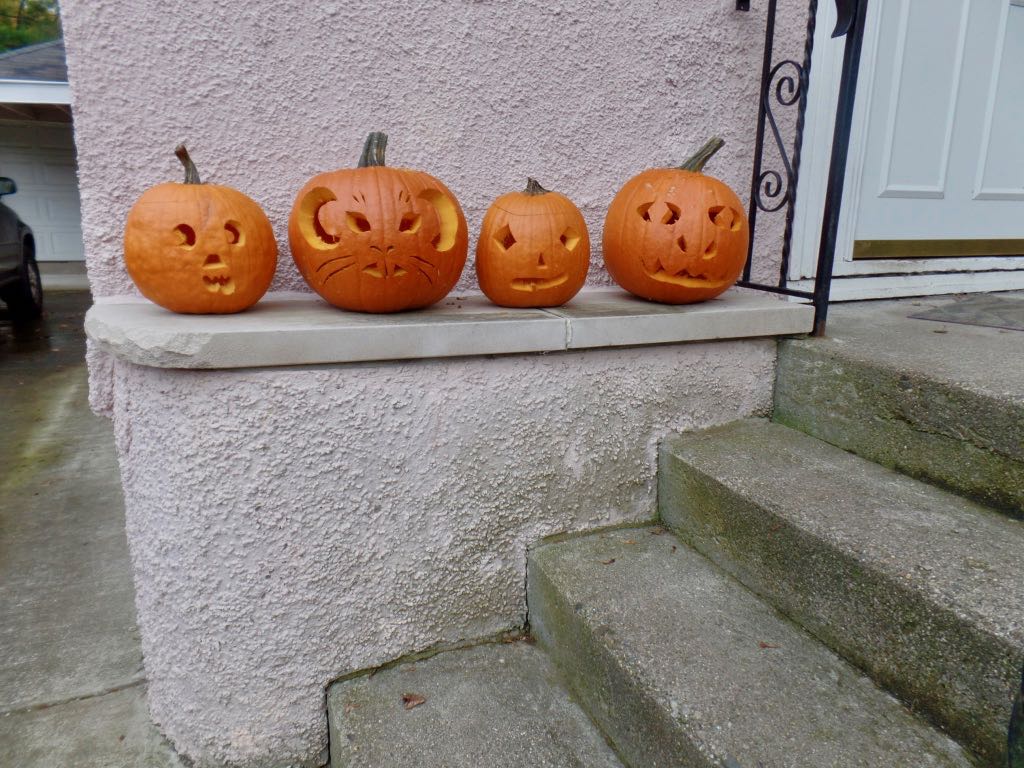 And how the pumpkins overall looked! Left-to-right, it's

bunny_hugger's, her mother's, and finally mine. 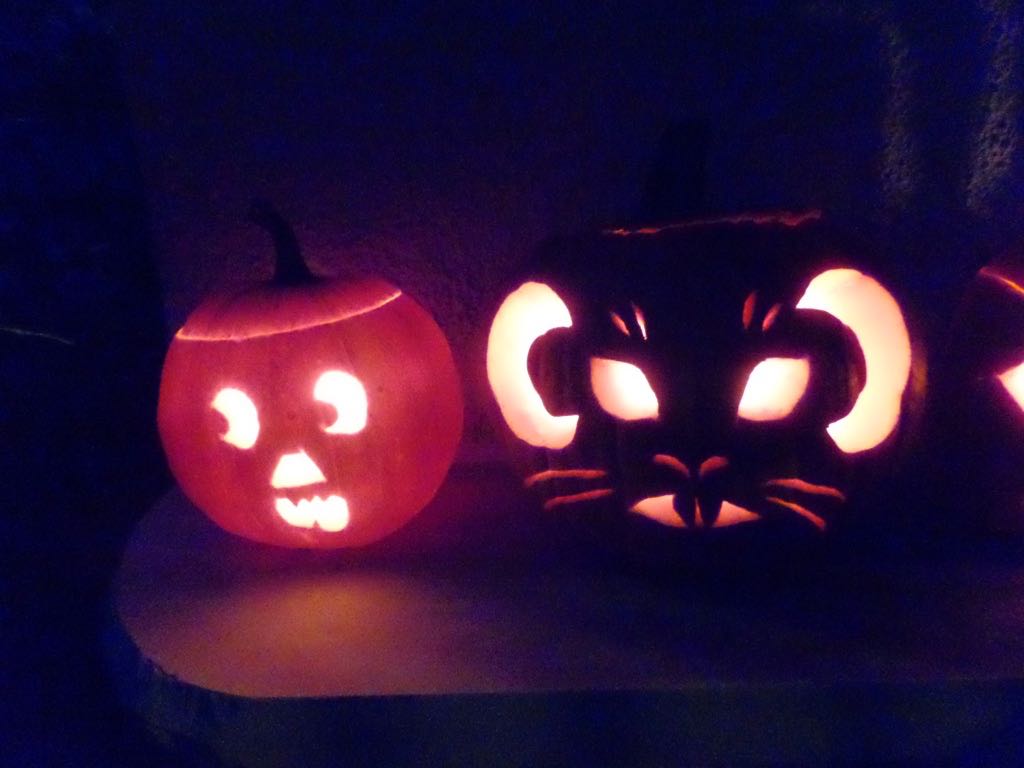 In the night glow, her father's pumpkin looks quite unsettled by 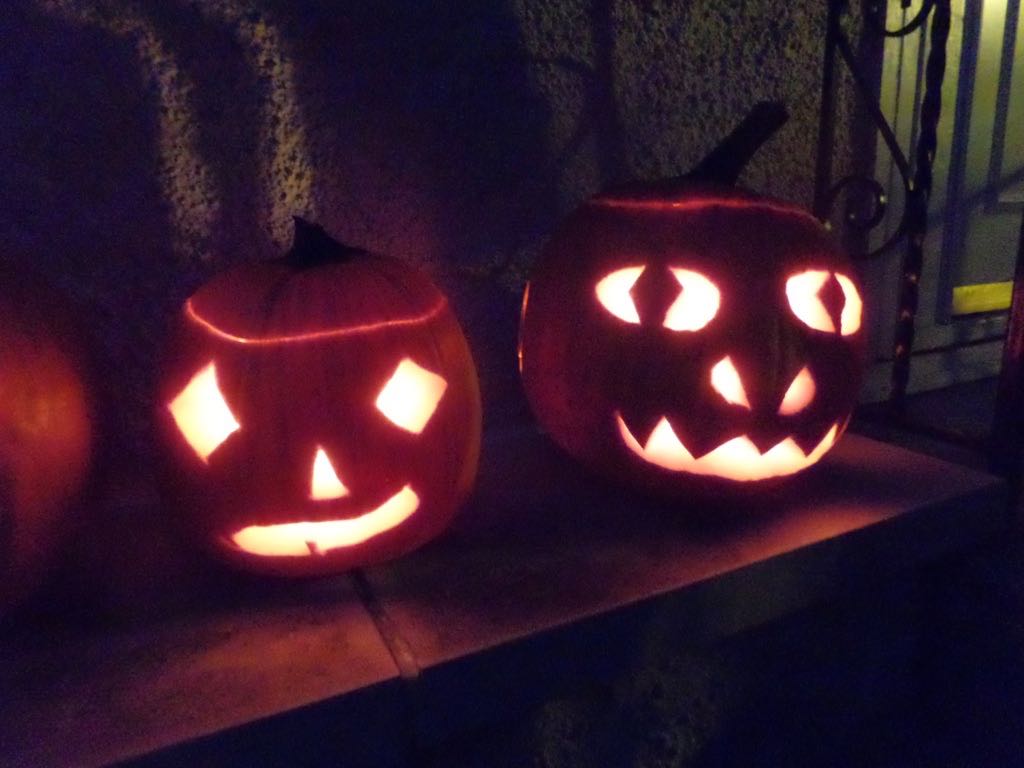 bunny_hugger's mother's jack-o-lantern, meanwhile, just looks like it wants to not have to deal quite so much with mine. Note the ears carved far back, on my jack-o-lantern; if I have a signature style, it's the ears. 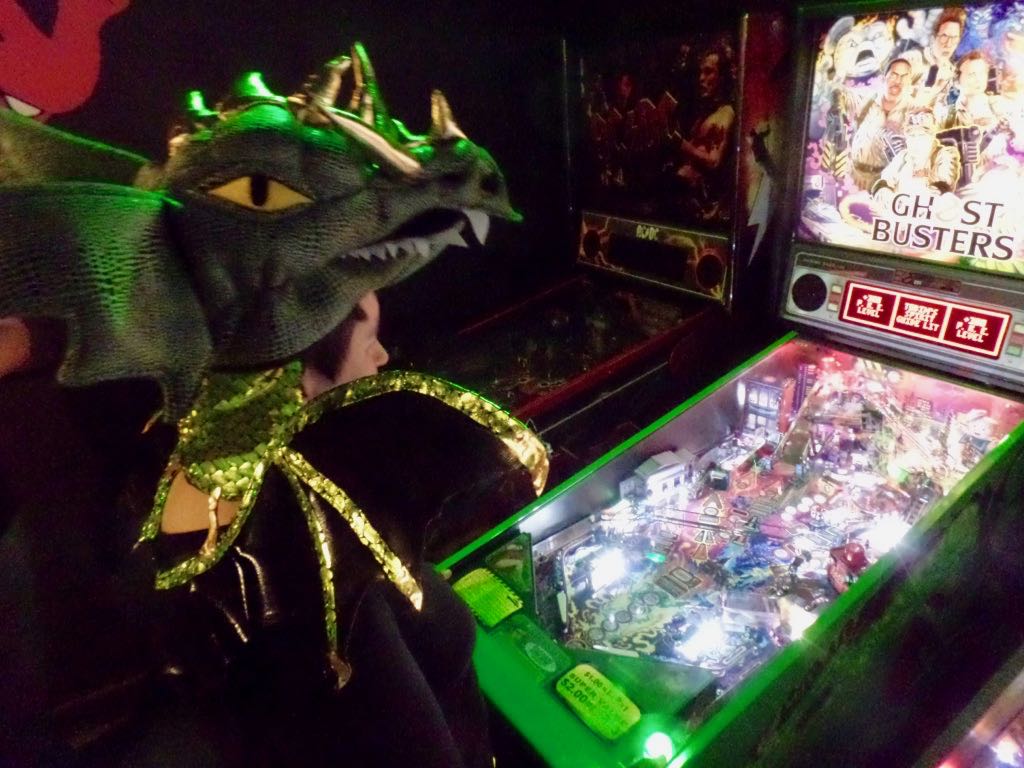 bunny_hugger in her dragon costume, playing pinball at the Halloween party. The hat is the one she bought at Waldameer during our Labor Day trip that year; the wings, gloves, and tail you'd seen are her hard work. 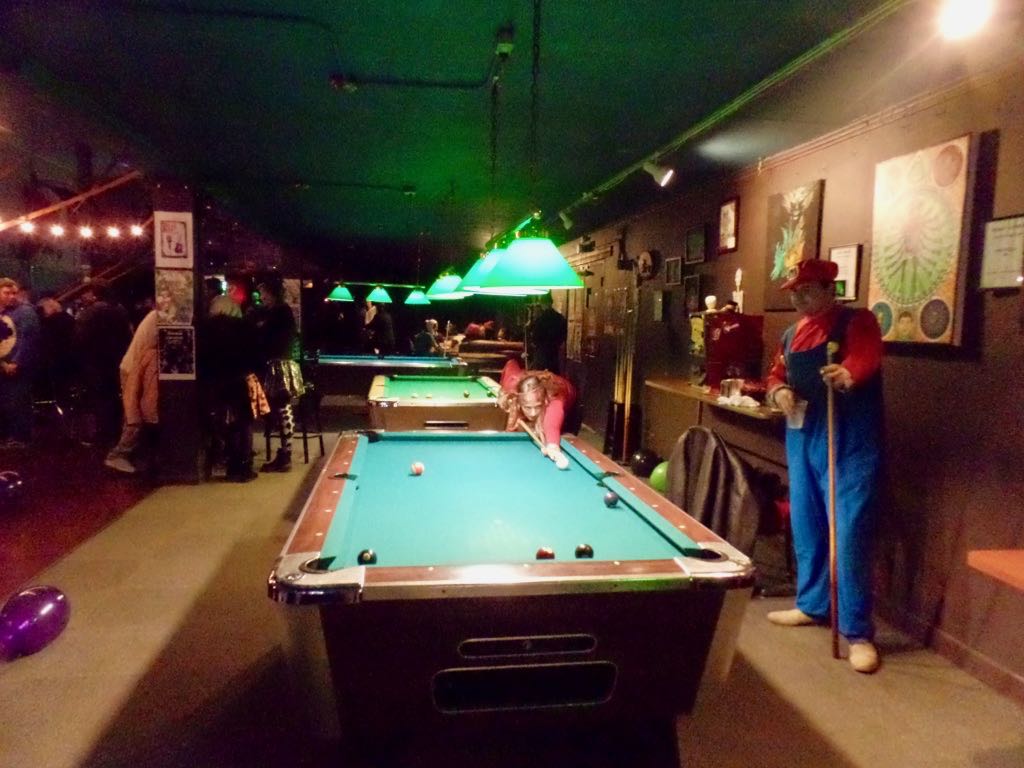 Some of the crowd hanging out there. There were multiple Marios, although this one spotted me. Do you see the guy in Care Bear kigurumi? 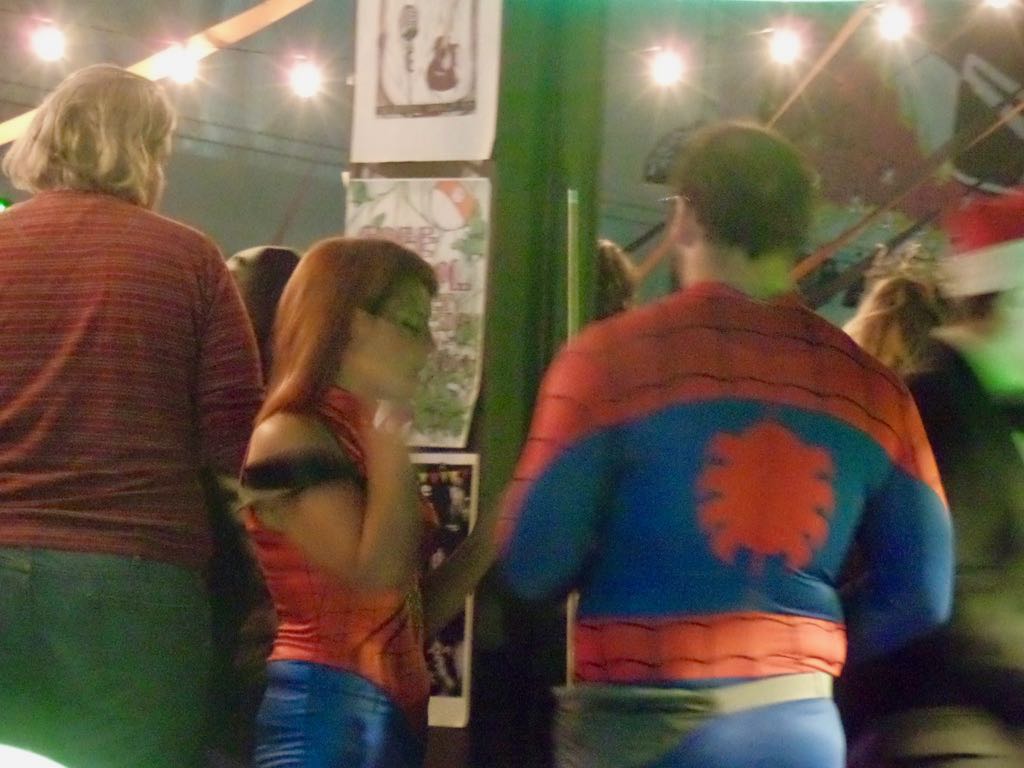 There were Spiders-Man all over the place, too. 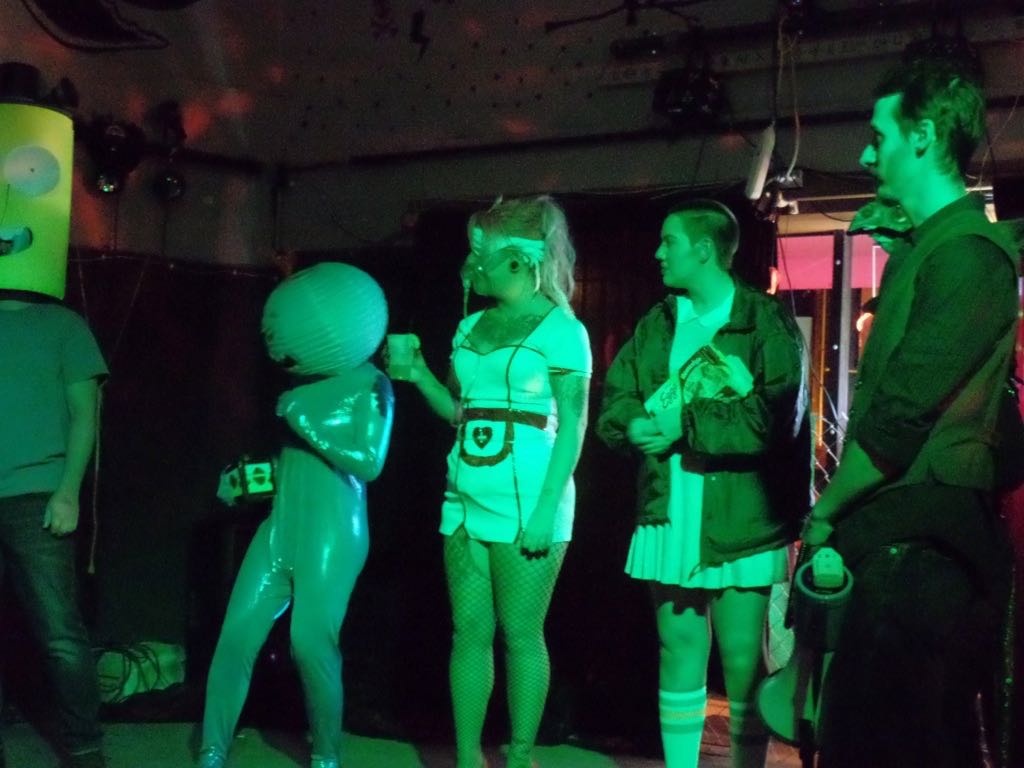 People on stage for judging in the costume contest! I have no idea what any of these figures are supposed to represent. 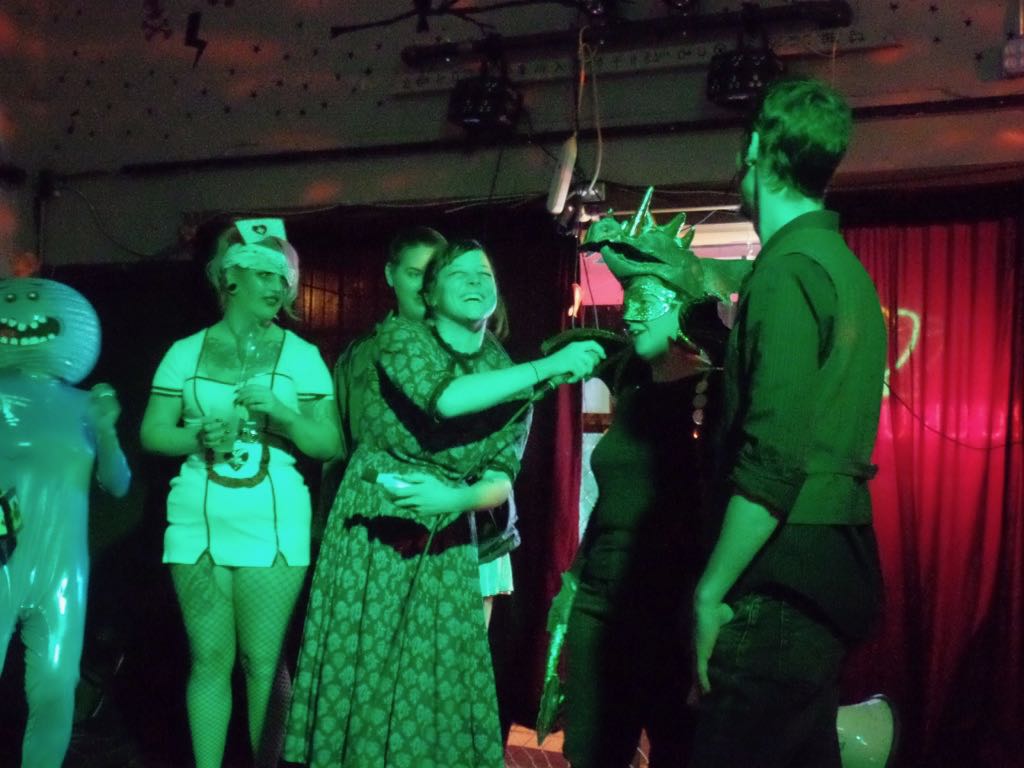 bunny_hugger about what her costume is. 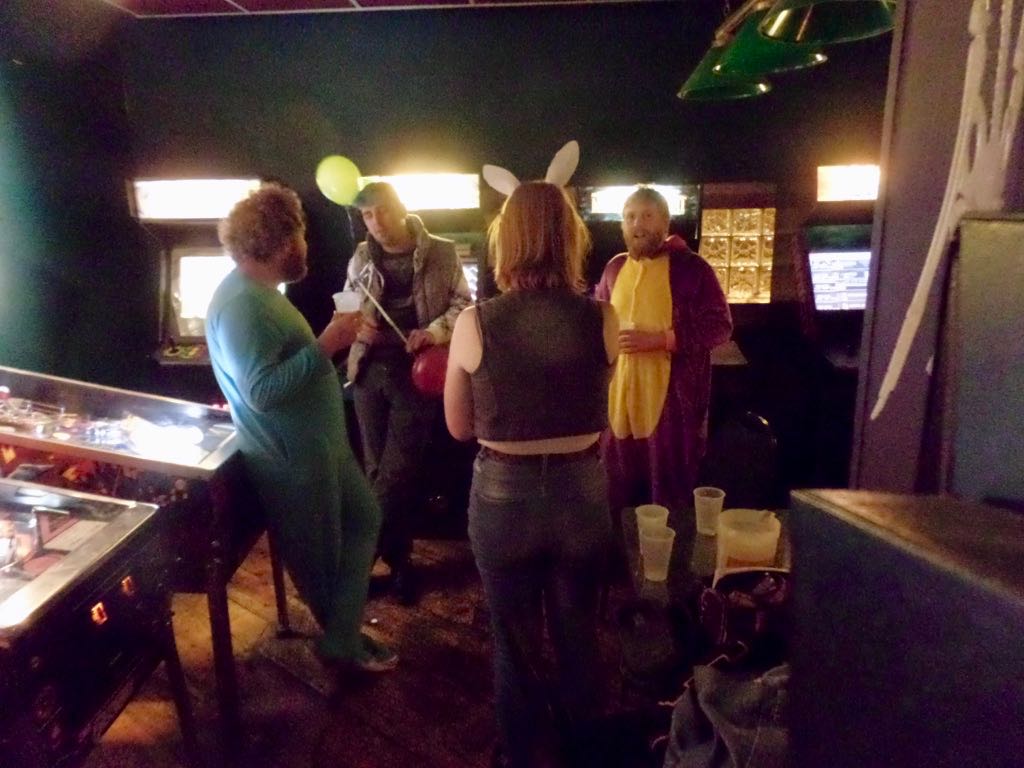 And a couple of folks, mostly in costume, hanging out in the small alcove from which the Lansing Pinball League grew.

Trivia: England first imposed a Salt Tax on its own citizens in 1694. (However, there were import duties imposed from 1303, and most of the country's salt was imported.) Source: The Great Hedge of India: The Search for the Living Barrier that Divided a People, Roy Moxham.