Now I'm not frightened of this world, believe me

She's suffered from early-onset Alzheimer's disease. When we first met her, it wasn't obvious. She seemed maybe a bit shy, but not unreasonably so. Maybe she would lose the thread of a conversation. But it didn't seem any different from what you might expect of a hearing-impaired person. Or someone prone to daydreaming and surprised to find herself specifically addressed. MWS ... maybe didn't feel comfortable, but he was willing to bring her out to pinball events, where she didn't seem bored.

But the disease continued getting worse, and it got more obvious. She'd need assistance eating, particularly needing help cutting food up. Or MWS would want a chaperone with her in the bathroom. Early on, she would remember having met us before, even if she couldn't place our names or where her son knew us from. The last several times we met she seemed, to me, to try to understand who

bunny_hugger and I were. I'd say to her we had met briefly, a while ago, and I thought that eased her worry about trying to place us somewhere.

But a bit under two years ago --- shortly after the State Games of America --- she got worse enough that she had to go into a full-time nursing home. MWS was fortunate to find one that could give her full-time care, and that could be budgeted for. We saw her I think two more times after that, restaurant visits.

She got worse, though, in (as I understand it) that pattern of having long stretches of slow decay, then a sudden serious loss of faculty, and then slow decay again. It's probably going to be days.

What I think of as her last really good time (from what few times I saw her) was at the Meijer State Games of 2017. She'd been there the second day, under MWS's and K's supervision, mostly sitting and watching.

bunny_hugger had some great games, though, and danced her joy. MWS's mother watched this, and concluded it was time to dance, and rose, dancing also to no music, and happy.

Trivia: In an 1886 letter to Sporting Life, Dr Adam Ford of Denver reported a baseball game he observed in June 1838, when he was seven years old, in Beachville, Ontario. He described the rules and order of the game, the manufacture of the equipment, the dimensions of the playing field, and included a sketch of the infield and the names of fourteen participants. Source: Baseball Before We Knew It: A Search for the Roots of the Game, David Block.

Currently Reading: The Forgotten Players: The Story of Black Baseball in America, Robert Gardner and Dennis Shortelle. So ... ``the team [ Frank Thompson's Athletics, probably the first professional black baseball team, at least per the research current at this book's writing ] was purchased to Walter Cook, who brought them to Trenton, New Jersey, changing the name to the Cuban Giants --- `Cuban' to conceal their racial backgrounds, and `Giants' because the New York Giants were a very popular major league team in the area. On the field, Cook encouraged his players to speak a gibberish that he hoped fans would assume was Spanish.'' ... I feel like this shows black baseball as more American than white baseball.

PS: How To Find Logarithms Without Using Powerful Computers, me gathering together some old but fun content about numerical computing, everyone's first love.

PPS: And now to Bronner's Christmas Wonderland, in Frankenmuth, what we did for 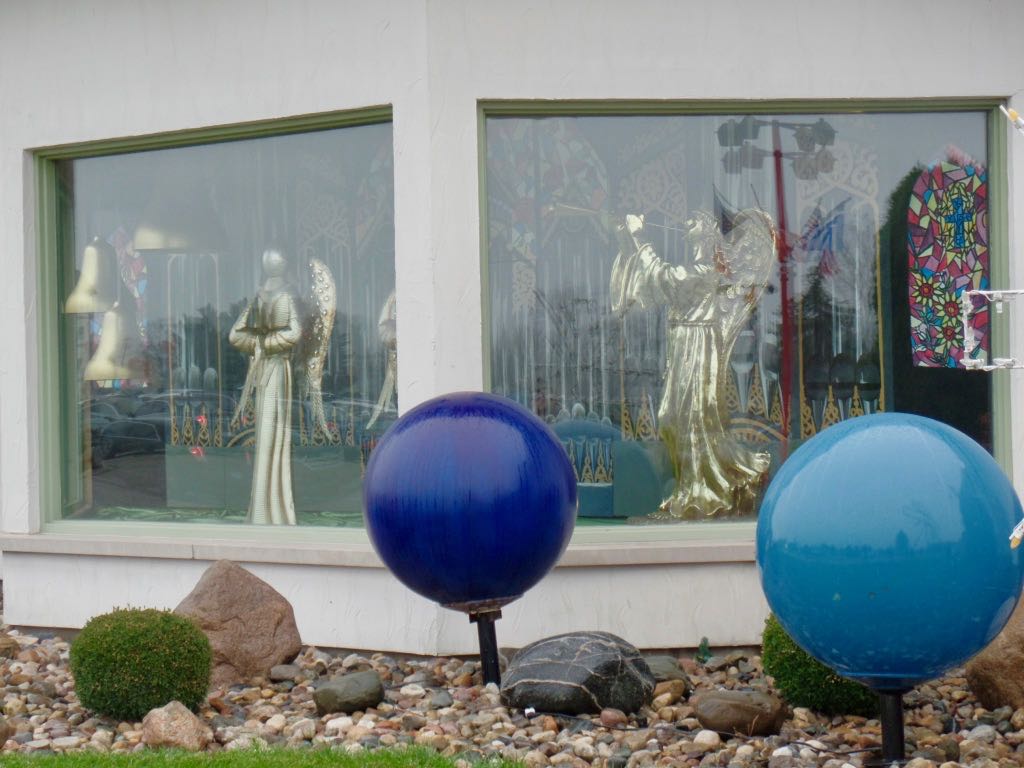 Enormous gold-leaf(?) angels heralding, yes, our annual visit to Bronner's! It's a fun place. Every ornament you could possibly need is there, somewhere, most likely. 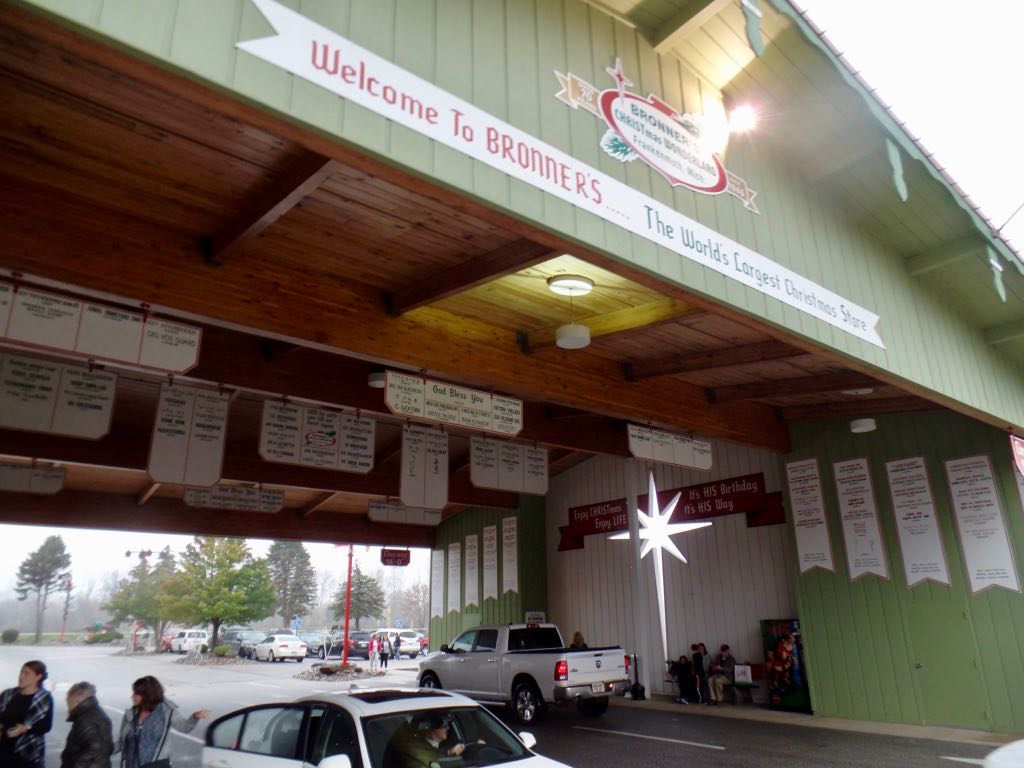 Overhanging arch for what I think is the main, west, entrance. There's signs welcoming people in, if not every language of the world, at least an attempt at them. 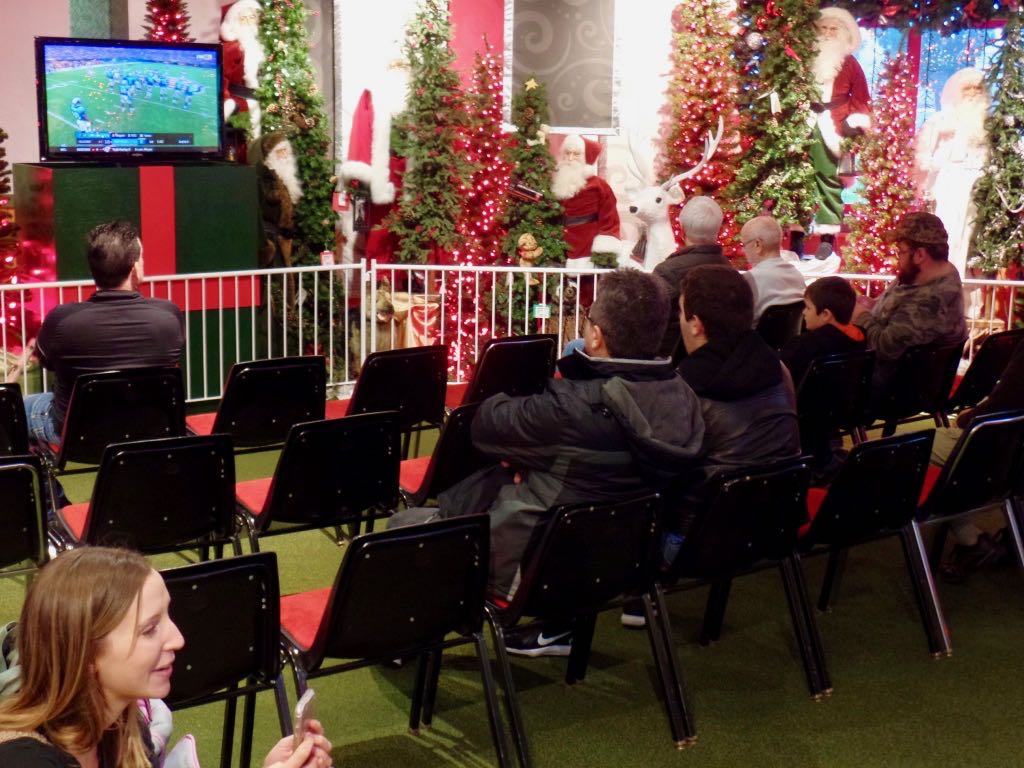 Since we were there on a Sunday, they set up a TV for the guys to watch professional football, or at least the Lions. (Hm. We were there the 5th of November, but apparently the Lions played on the 6th that week? Maybe it was a rerun game.)