Get ready for battle

And some much lighter, cheerier news. Stern Pinball announced their newest release. And it's not a movie, TV show, comic book, or band license. It's their most nearly non-licensed pinball theme since ... maybe 2001, when they did a casino-themed game? Hard to say for sure.

It seems like a weird, but to me exciting, throwback. Like, the Beatles pinball is a great game, and it's got a lightly adapted early-80s playfield. Black Knight is almost the early-80s playfield. Black Knight 2000 adapts the game, but doesn't change it radically. I'd like to think the retro-styled Beatles has been well-received; I love the table, and that early-solid-state feel. Something new, of older styles, would be great, at least to my tastes.

So one of the key things that made Black Knight such an iconic game is that it had a little upper playfield. It was one of the first to do so, probably the first important game with an upper playfield. Stern is making, as is its custom, three variations of the game, a ``Pro'', a ``Premium'', and a ``Limited Edition'', with the Pro the base-line, least expensive, least-featured model. One of the features not on the Pro model? The upper playfield. It's bizarre to think of a Black Knight game that doesn't have its signature element. (Especially since, if the game does come to Lansing, it'll most likely be the Pro version.) The game designers say, in the pinball podcasts, that what is there --- a meaningful playing surface that's underneath the upper playfield --- is worthwhile and challenging and part of what makes the game a Black Knight game. But, the designers have reason to say that too. (The earlier games had almost no accessible space under the upper playfield.)

If like Moxie_Man you remember these games from their heyday, you may remember their most important features. One is Magna-Save, a user-controlled button that turns on a magnet which can save my ball from draining. Other people don't use Magna-Save well. The new game has that, mercifully, although a single button in the middle of the lockdown bar (the metal bar at the bottom of the playfield) rather than extra buttons at the left and right flippers. Good. Also you may remember the sound, particularly Black Knight 2000's. If you watch the trailer you'll hear, they've still got that awesome theme song. That's reassuring and exciting all in one.

Trivia: ``The Star-Spangled Banner'' is recorded as being played at the opening of Brooklyn's Union Grounds for the baseball game the 15th of May, 1862. Source: A Game of Inches: The Story Behind the Innovations that Shaped Baseball, Peter Morris. 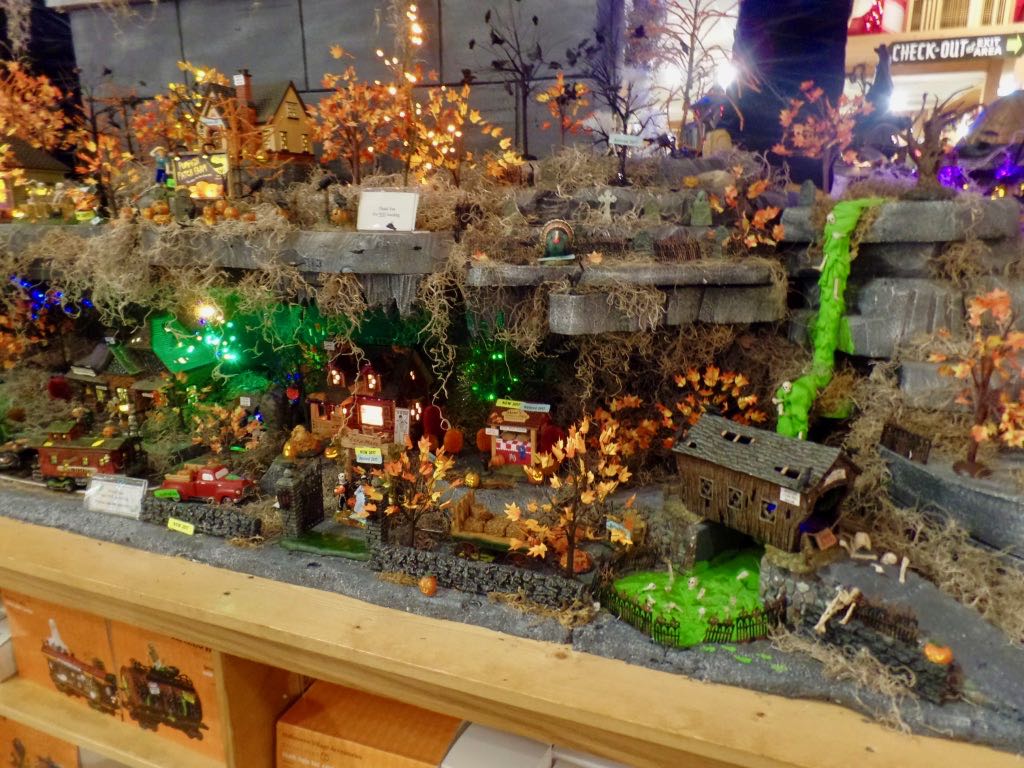 Just because Bronners specializes in Christmas doesn't mean they don't have decorations for other holidays. Here's a whole Halloween village of miniatures ready for sale and to take over every horizontal surface you will ever have. 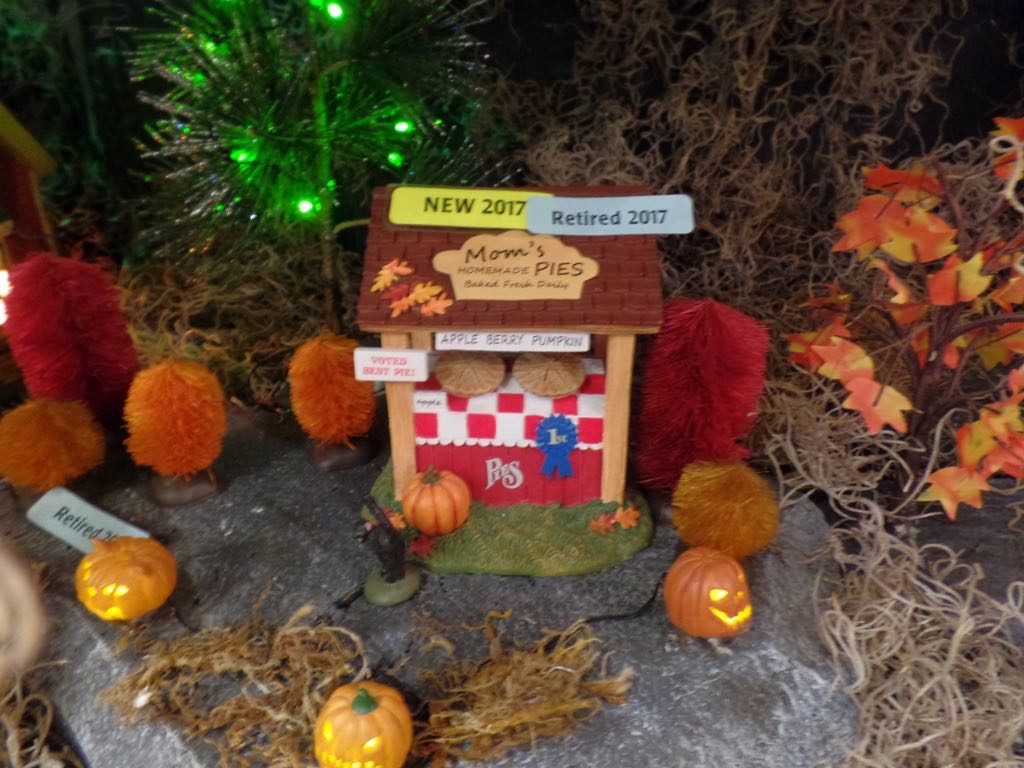 Wow, you wouldn't think toy pies such a hard sell even in this economy. 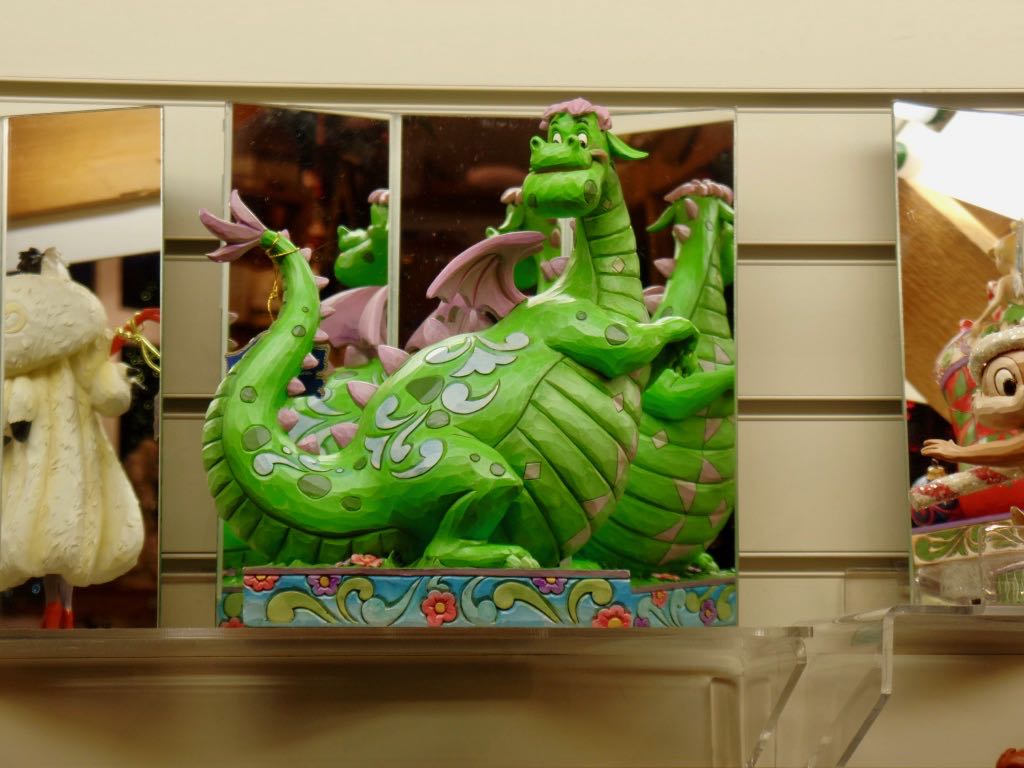 They have these simulated hand-carved figures of a lot of Disney characters, including this Pete's Dragon who looks about three times more personable than the actual (original) Pete's Dragon, who's only in his own movie for like three minutes anyway.