When Santa's flying in his magic sleigh

I feel like my mathematics blog has had a lot of comics posts lately. Has it? You be the judge. It really kind of has.

And my story-strip plot recaps have circled back around to one of my favorites. What's Going On In Gasoline Alley? Why Is Somebody Trying To Steal A Moonshiner's Land? January - March 2019 in review. 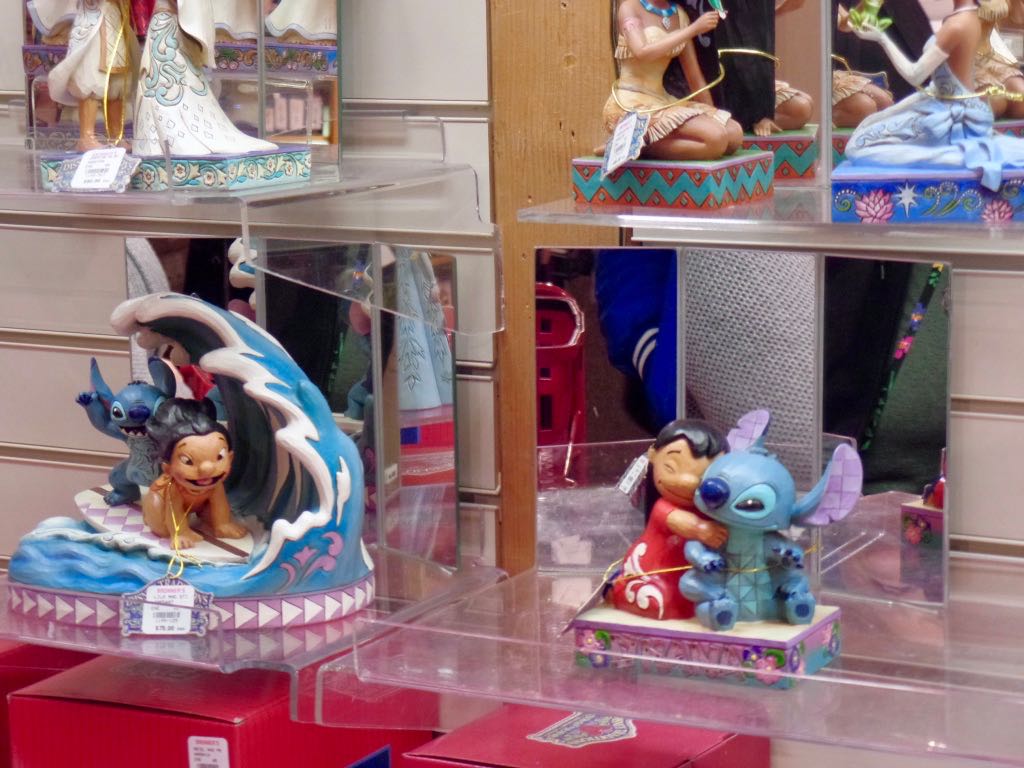 Lilo and Stitch figures from the same carvers, with Disney's Pocahontas and Princess And The Frog above. The Stitches get these neat texturings that are fun to look at, and feel, but the important thing is: four-armed Stitch! Yeah! 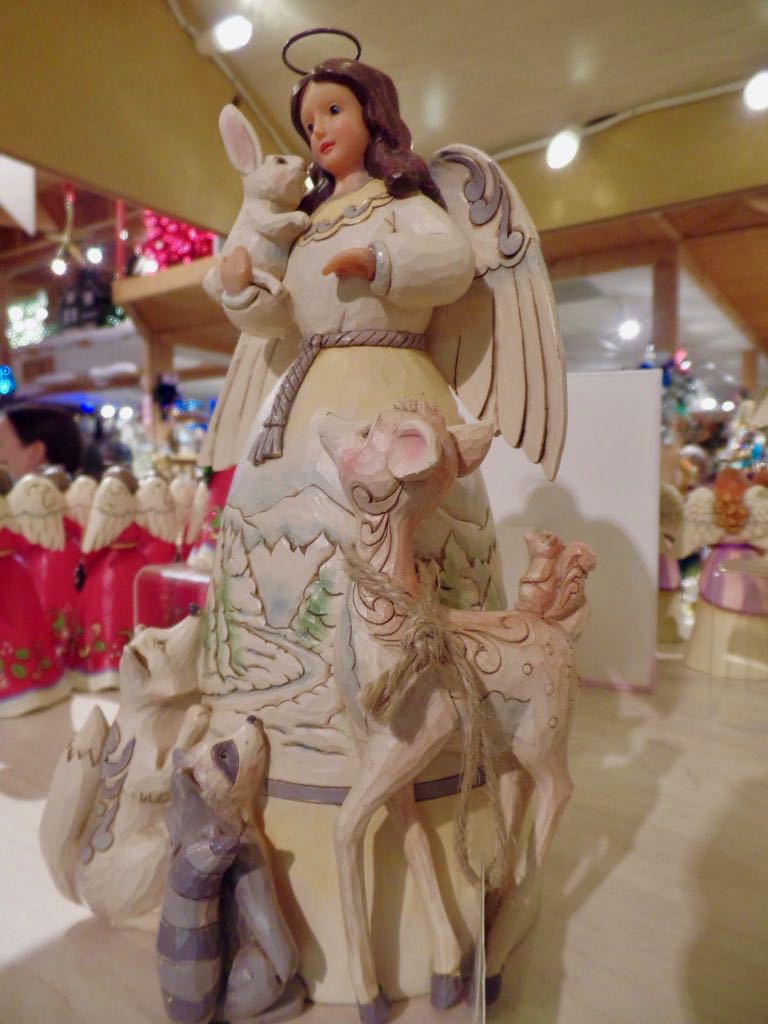 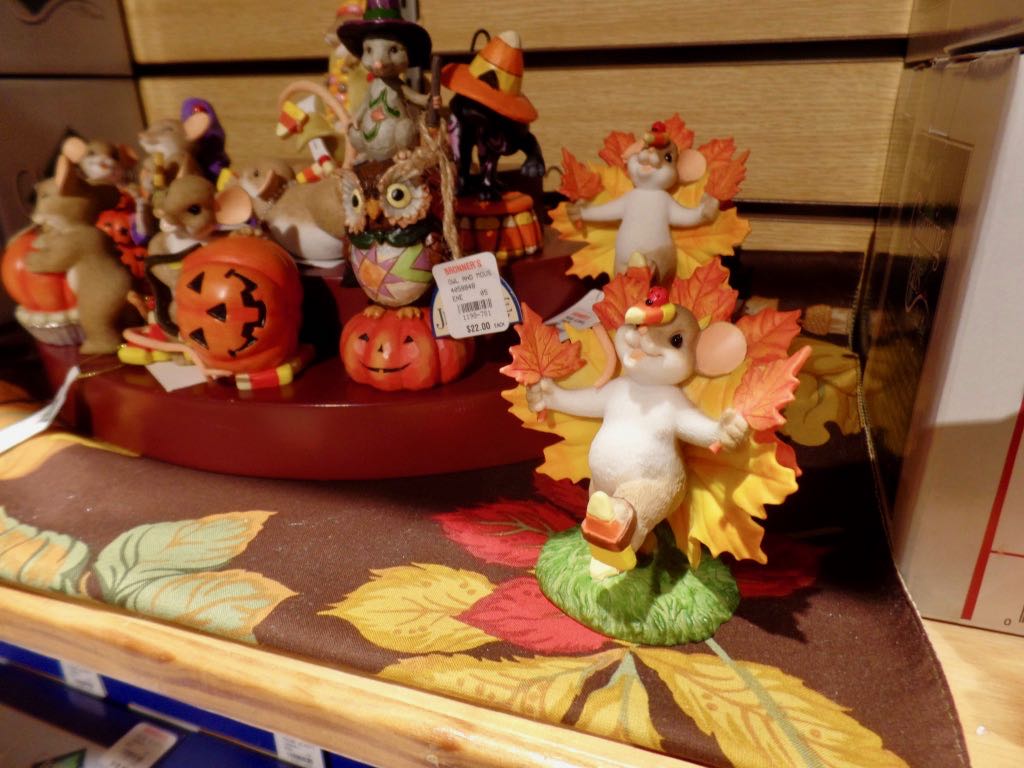 Mouse ornaments all prepared for Halloween and Thanksgiving to break out. 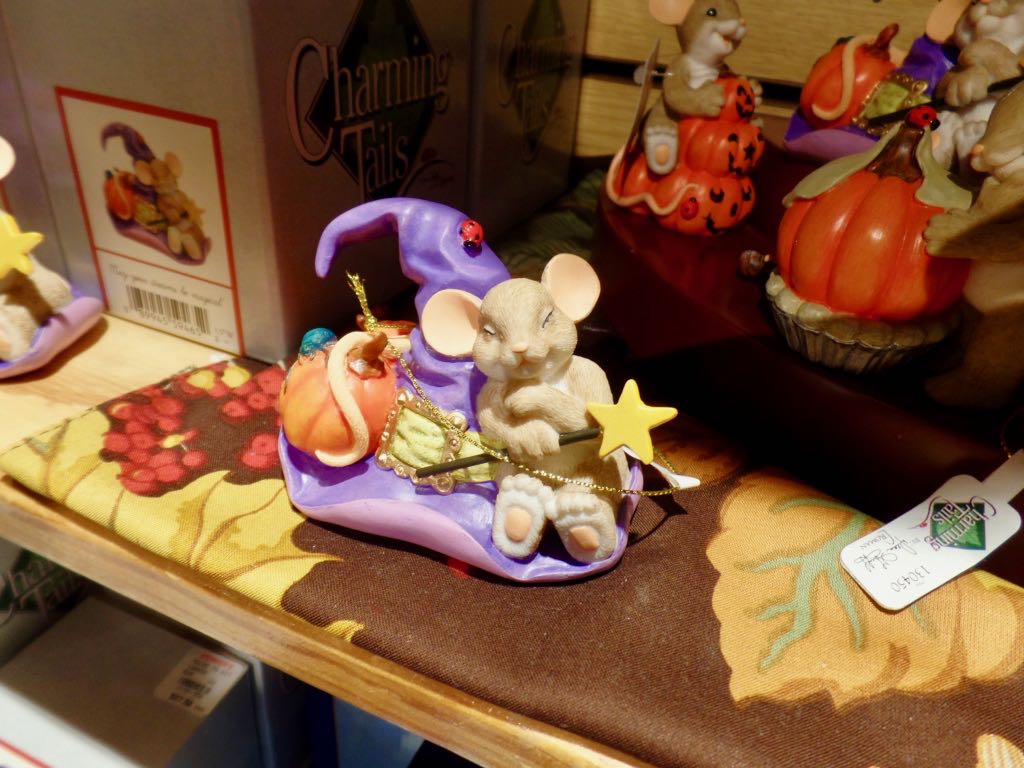 Halloween mouse all tuckered out and trying to win my heart with utter adorableness. 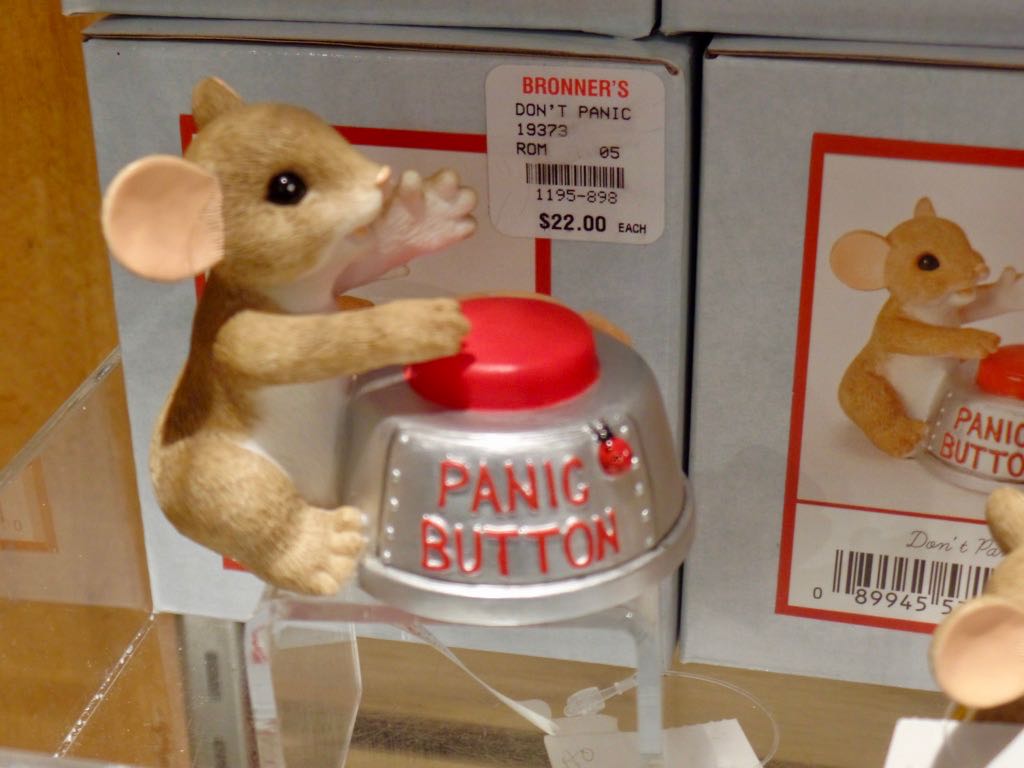 I feel like there's a disconnect between the mouse hitting the Panic Button and the label on the thing telling us it's a ``Don't Panic'' ornament. 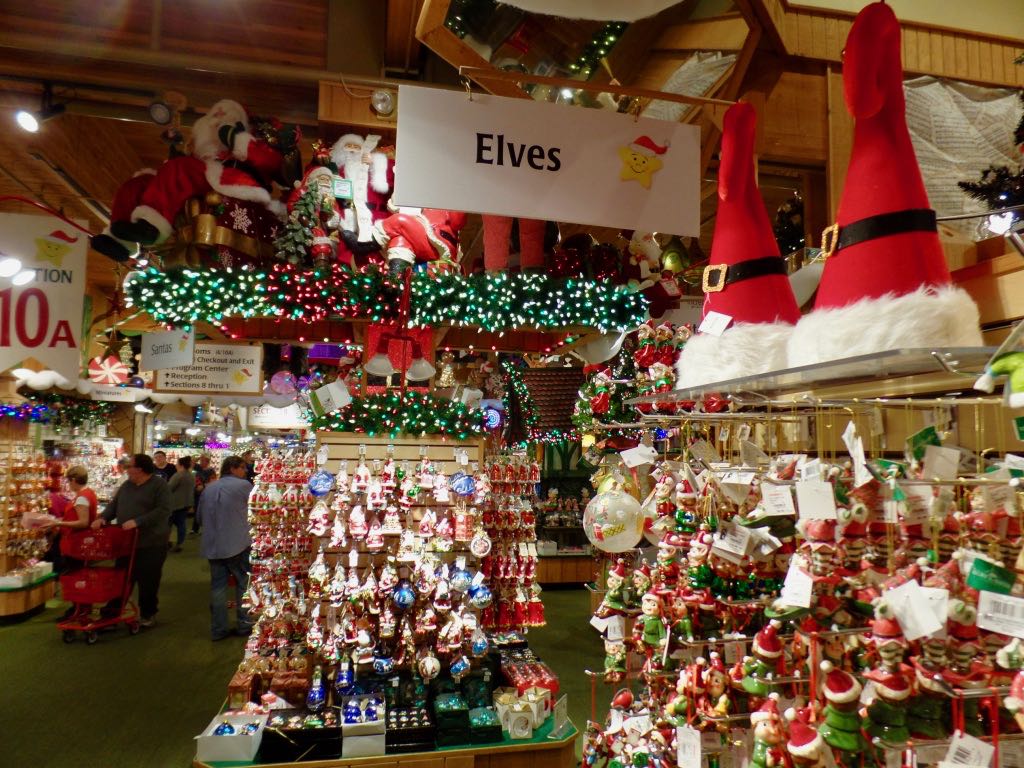 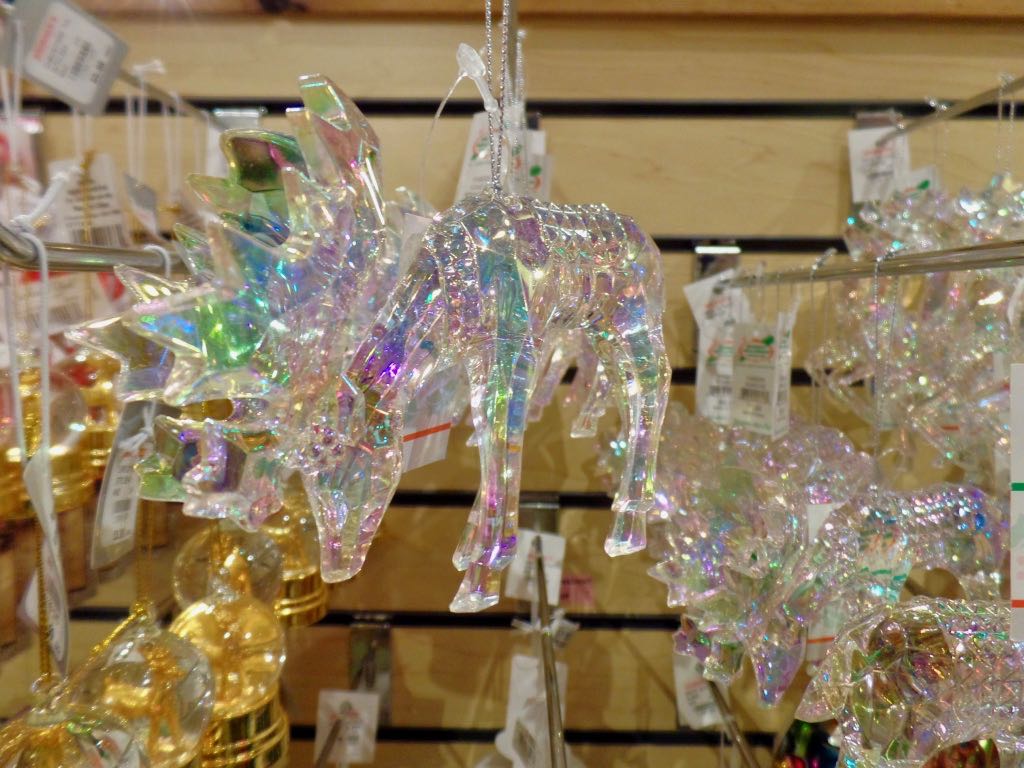 Some of the glass-or-crystal-or-maybe-just-plastic reindeer ornaments, which look great even in the ordinary light hanging from shelving units rather than trees. (Although some are put on trees for display.) Also they're great ways to test whether my camera can work out what to auto-focus on. It cannot. 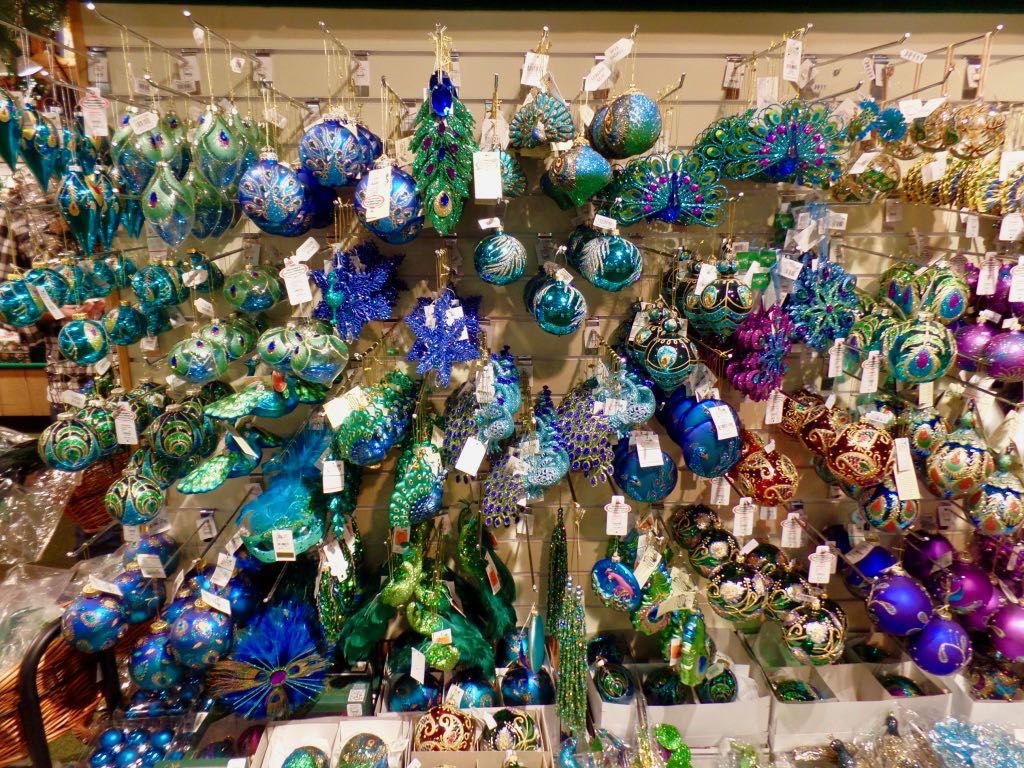 Peacocks! Lots of them. Even more of them. I had never imagined peacocks as a Christmas tree decoration before but that does not stop Bronner's. There's a similar shelf full of owls but that's not quite so dazzling. 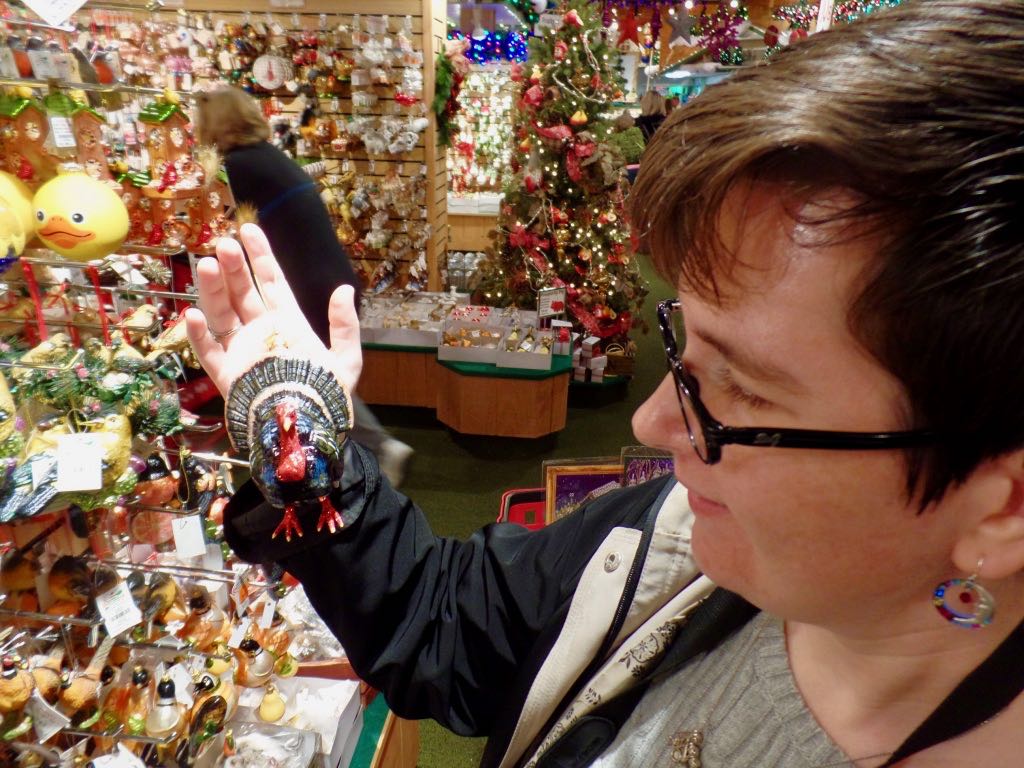 bunny_hugger considers a Christmas turkey. (We didn't buy one.) 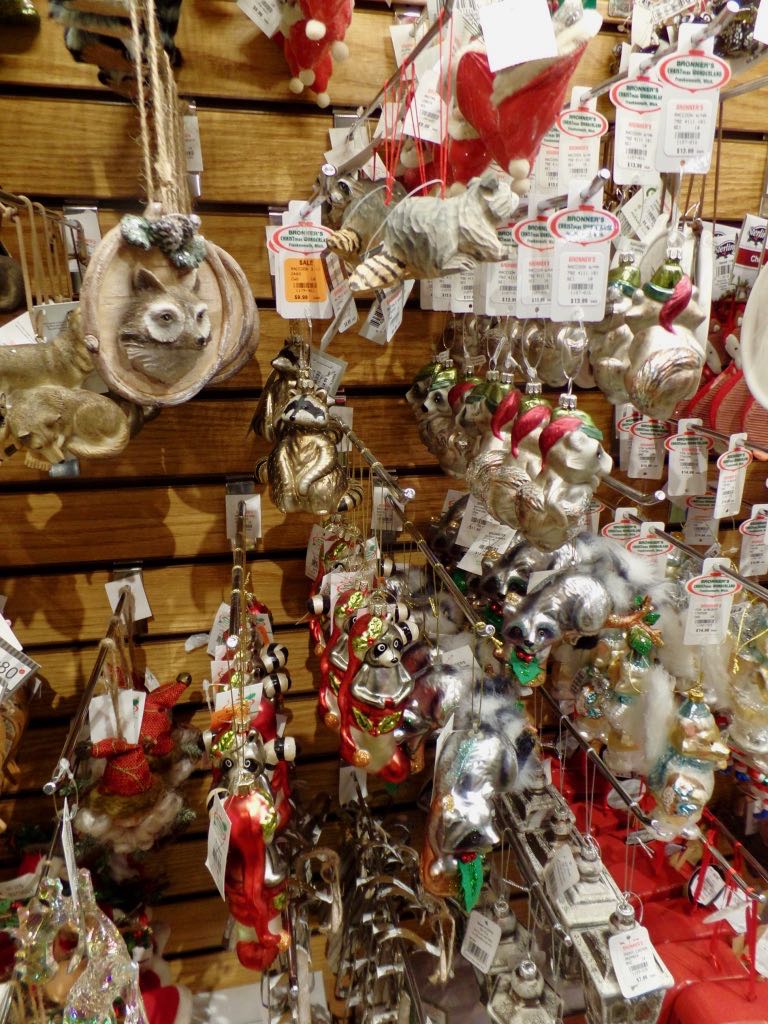 And now ... raccoons. There's a fair number of them, among the other woodland creatures. Many of hte most interesting ones are German-made. 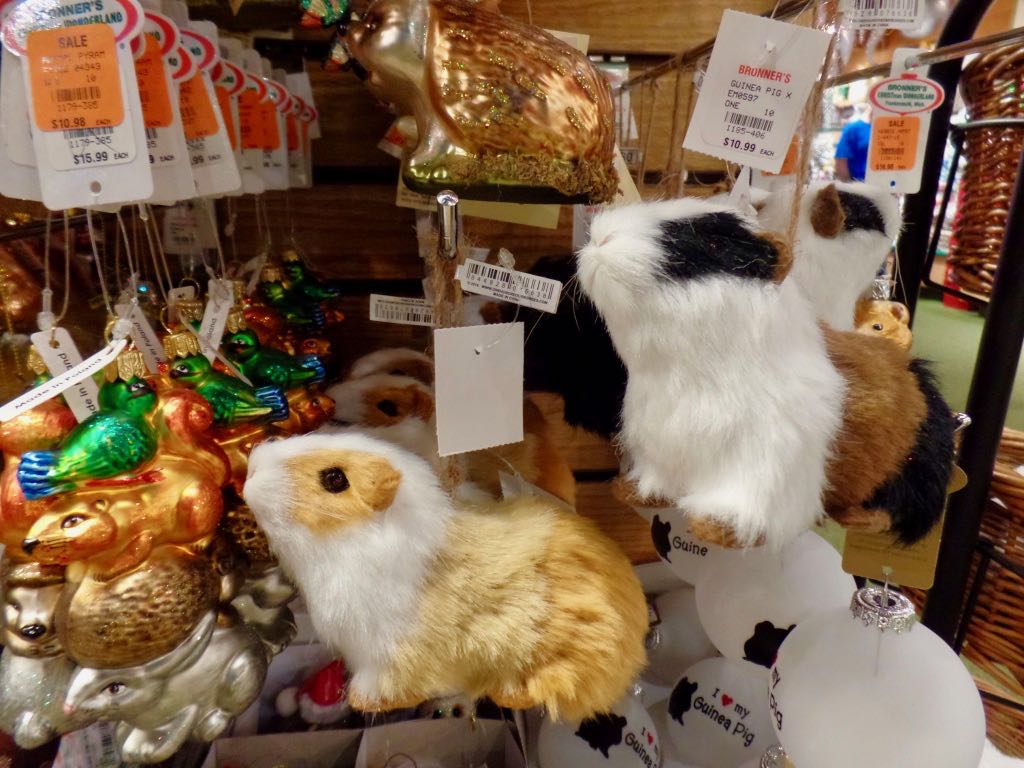 There's even a couple of guinea pig ornaments, some plush, some glass. And the I Heart My Guinea Pig can be customized with the name of your guinea pig. 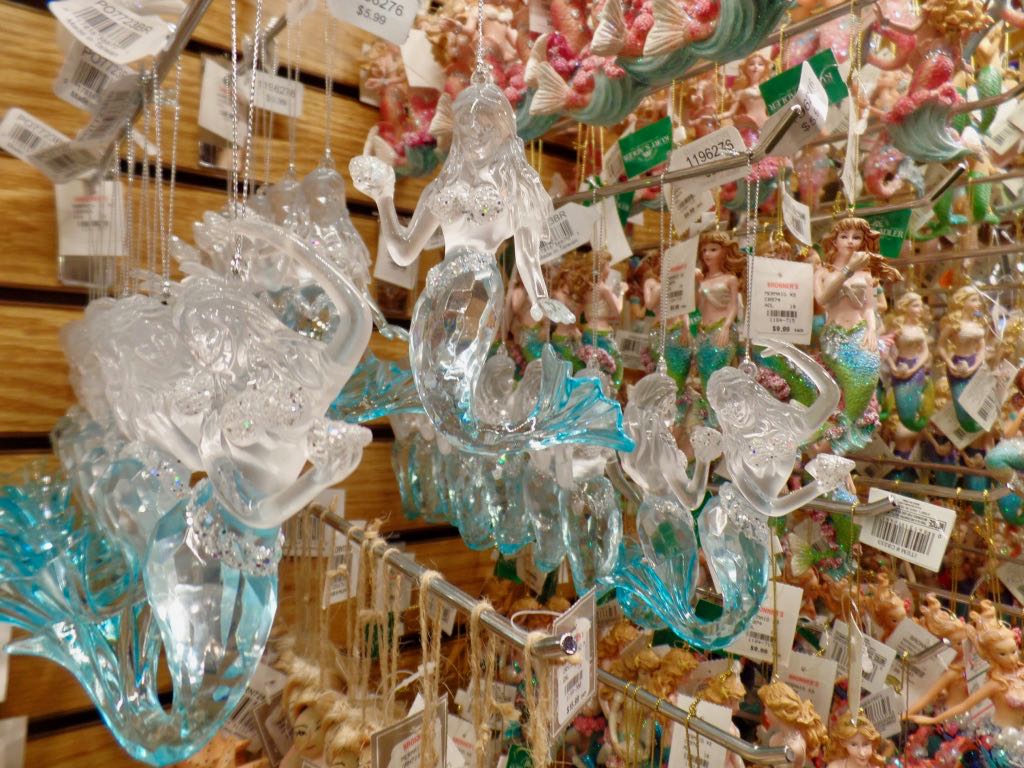 And here's the mermaid section, in both transparent and opaque versions.

Trivia: In Athens of about the fifth century BCE the name of the fourth month of the year was Pyanopsian. Source: Mapping Time: The Calendar and its History, EG Richards.

Currently Reading: The Forgotten Players: The Story of Black Baseball in America, Robert Gardner and Dennis Shortelle. Okay, so, about kinds of games they would play:

... teams [ also ] played games solely to entertain, showcasing skills comparable to those of today's Harlem Globetrotters in basketball. In these games the score was unimportant. The ``opposition'' consisted of teams such as the Zulu Giants, whose uniforms were imported Hawaiian grass skirts; the Indianapolis Clowns, who, true to their names, wore clown makeup and colorful uniforms; and other teams with a theatrical bent.

So let's just quickly shake our heads and move on from the Zulu Giants sporting Hawaiian grass skirts and say: comedy baseball? That sounds good. A clown team? I am intrigued, and sorry that the book has no photographs of this, especially as it reveals later on that Hank Aaron had played with the Clowns.