Goes all around the world in just a day

So we're busy with a pinball tournament today. Let me give the rest of the Bronner's 2017 pictures for you to enjoy. 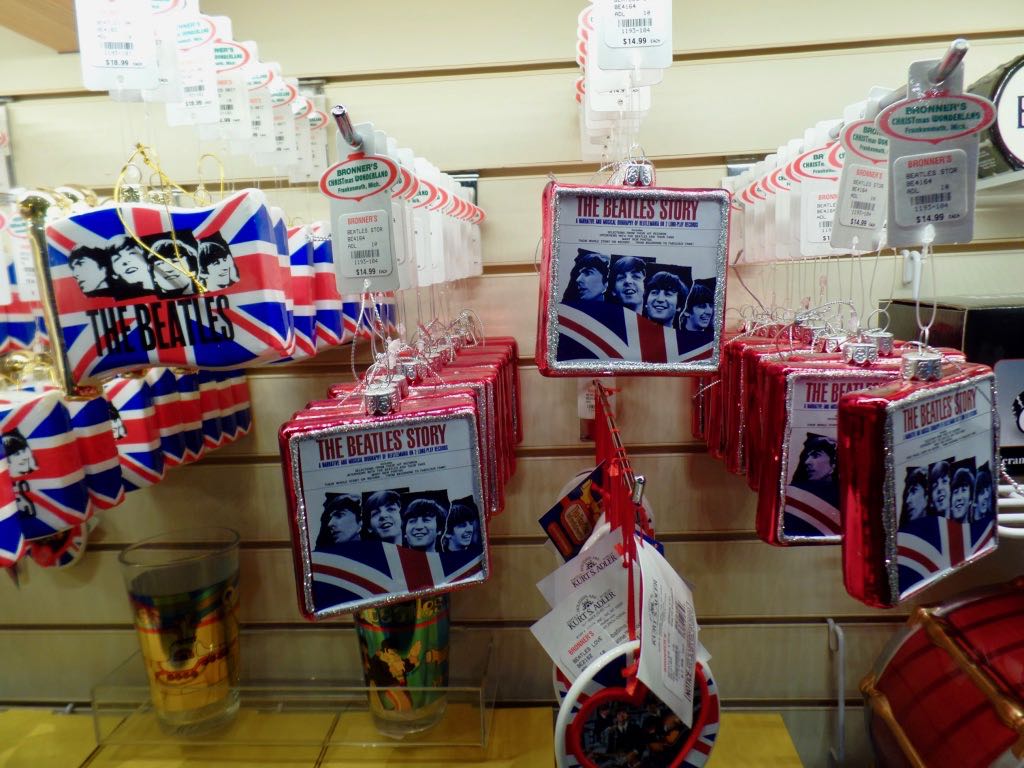 There's also Beatles ornaments like these, although they get into less variety than I would have imagined. Possibly there's license hassles making them, or importing them to the United States. 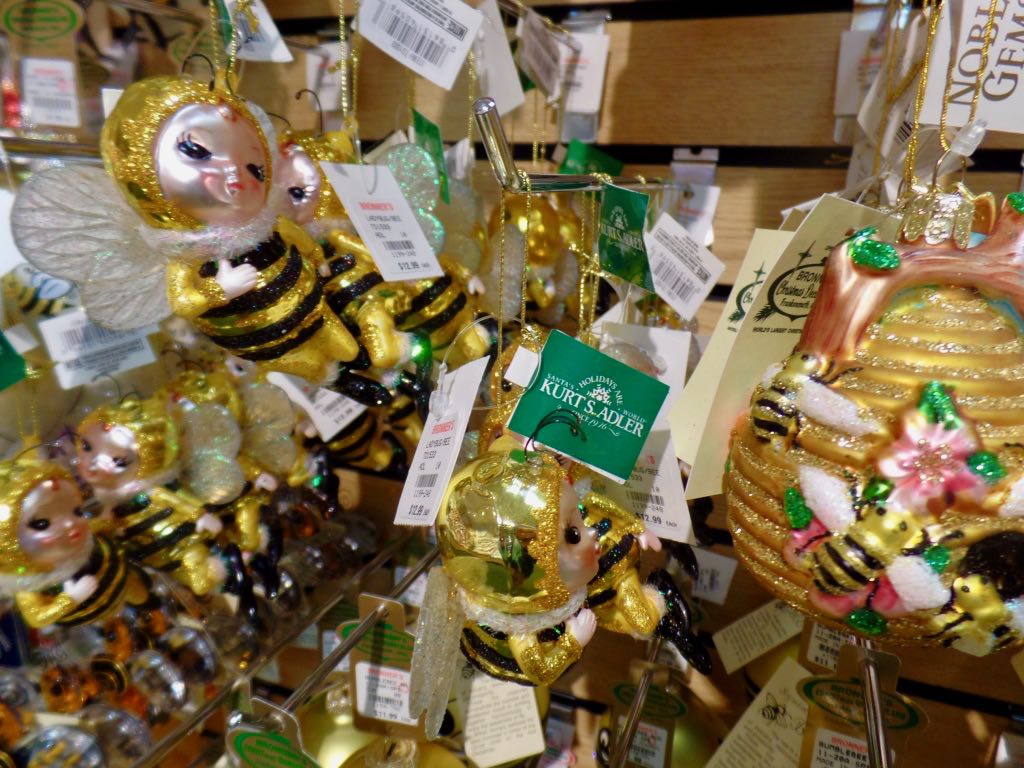 If the Beatles aren't your thing, how about decorating your tree with bees? Bees with the look of 1930s cartoon humans, I'd say. 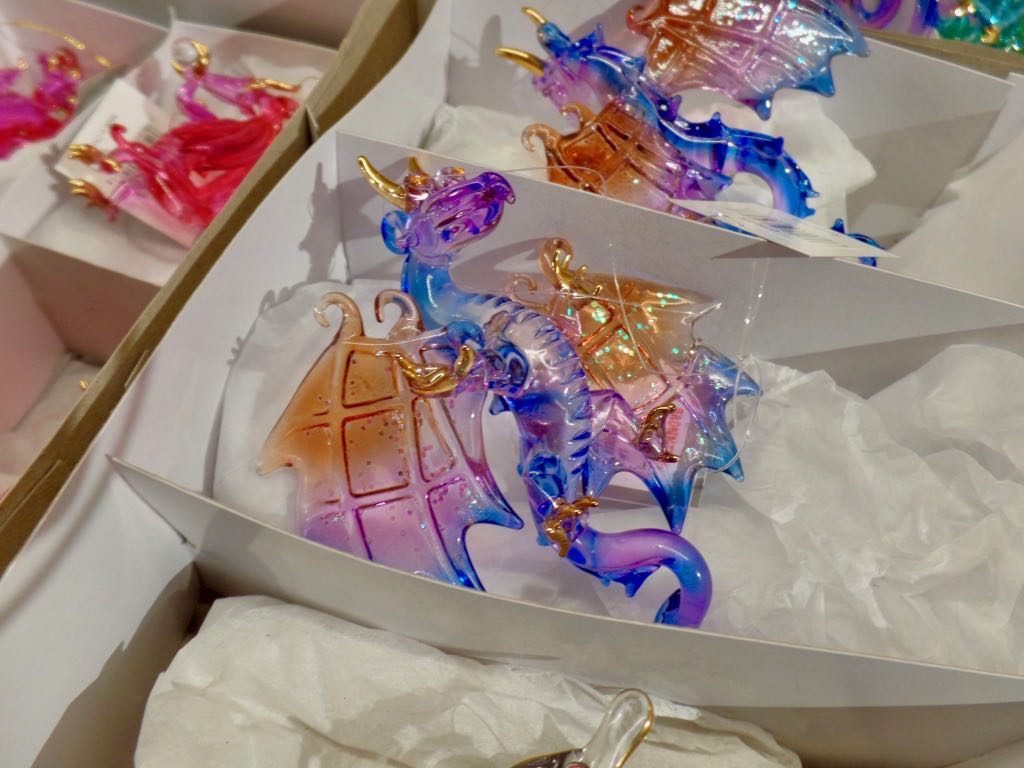 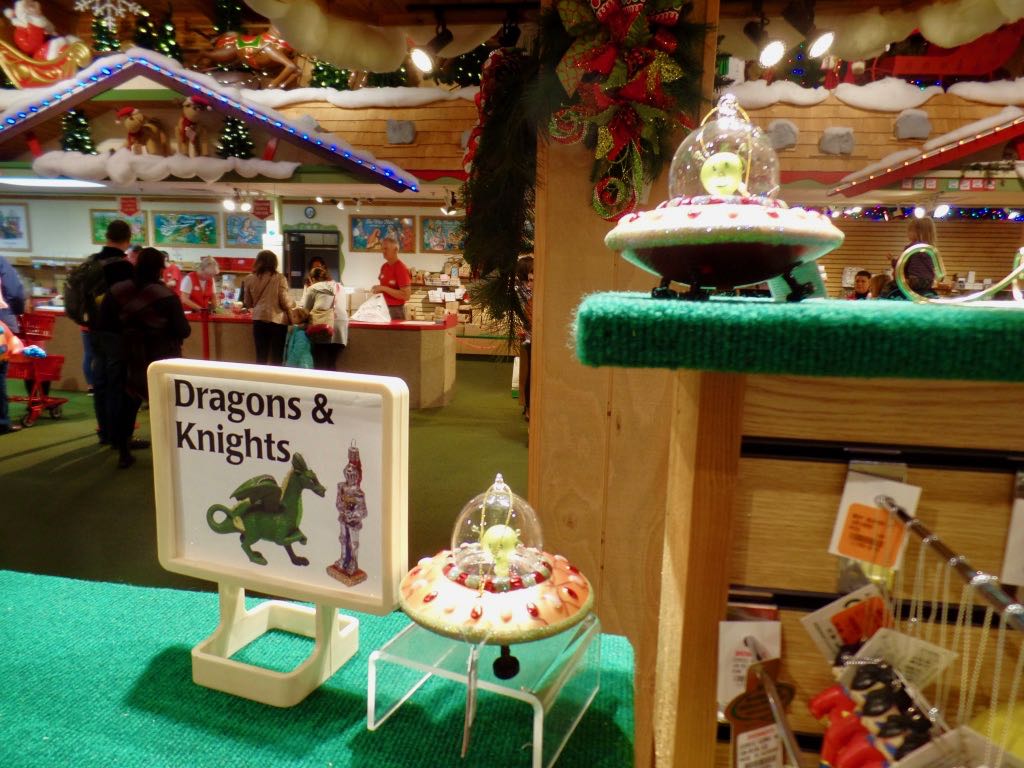 But here, finally, the section labelled Dragons and Knights, featuring ... flying saucers with aliens in them? Anyway, the glass dragons we saw were not in here. 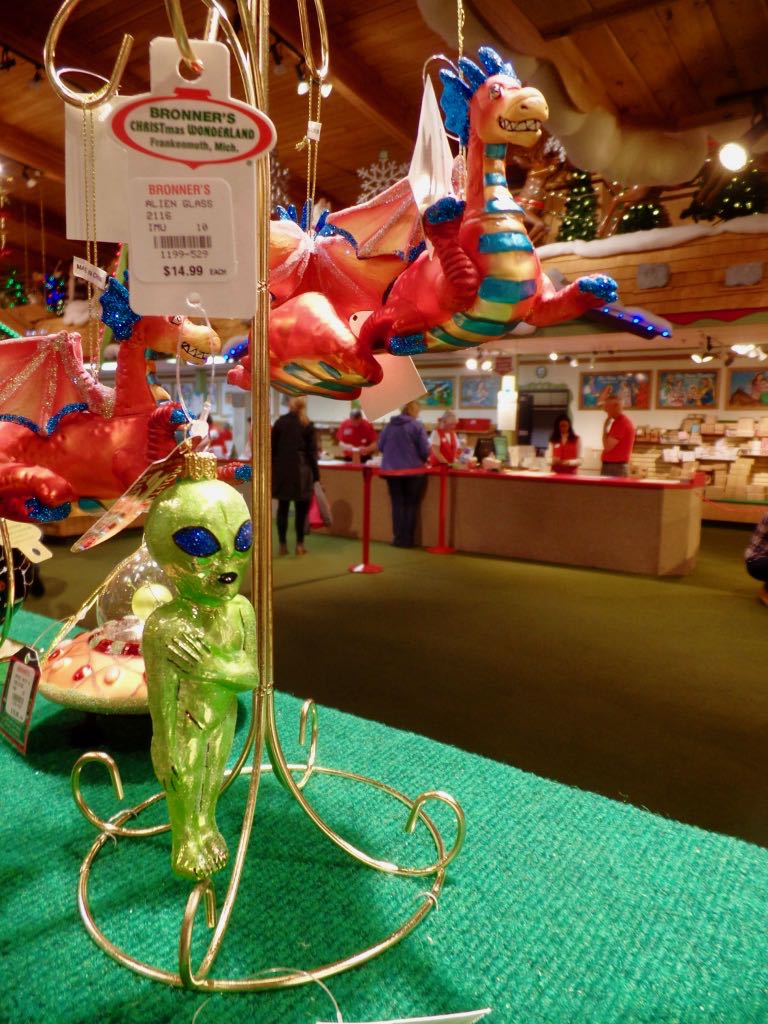 Ah, there we go, some ... dragons and aliens. There's probably a knight around somewhere. Aliens can be knights, right? 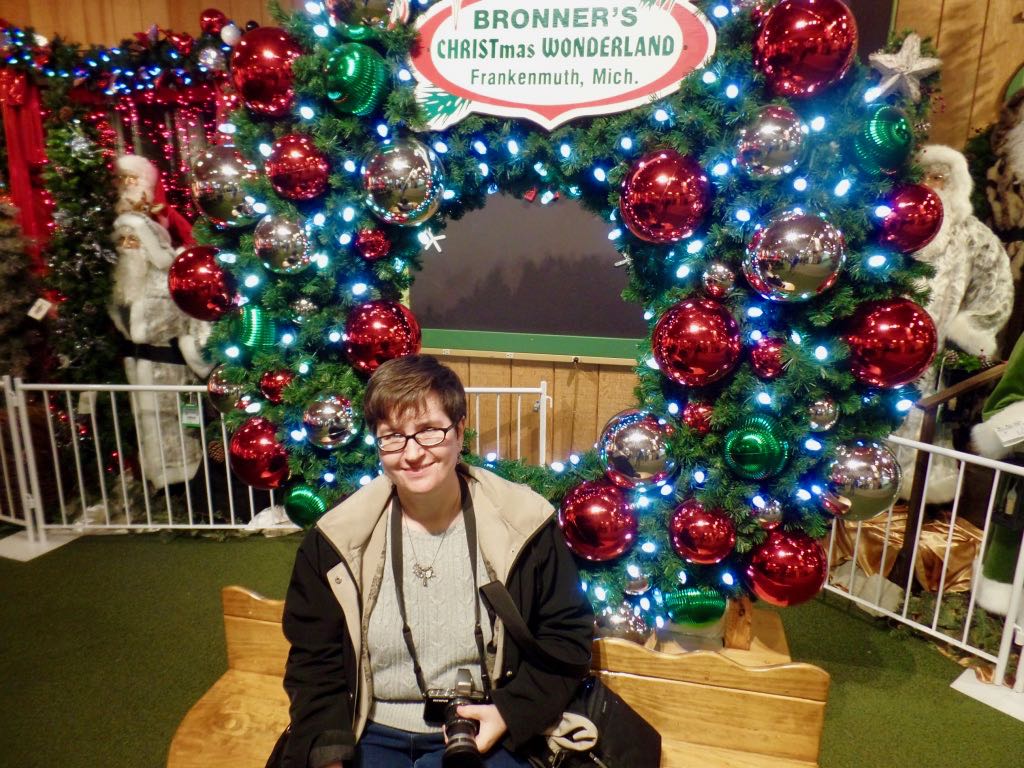 bunny_hugger wondering why I can't get a better picture of her at the welcome wreath. Well, I wasn't paying enough attention to where her pupils were relative to the line at top of her glasses, is why. 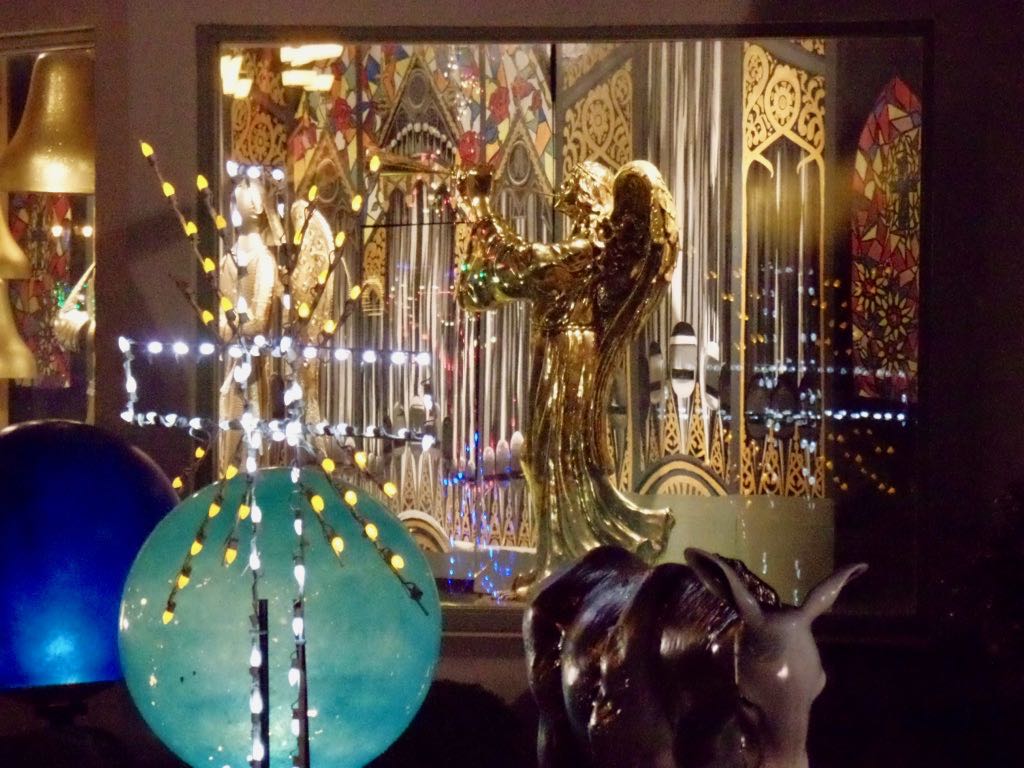 The gold-leaf angels again, more visible in the night. 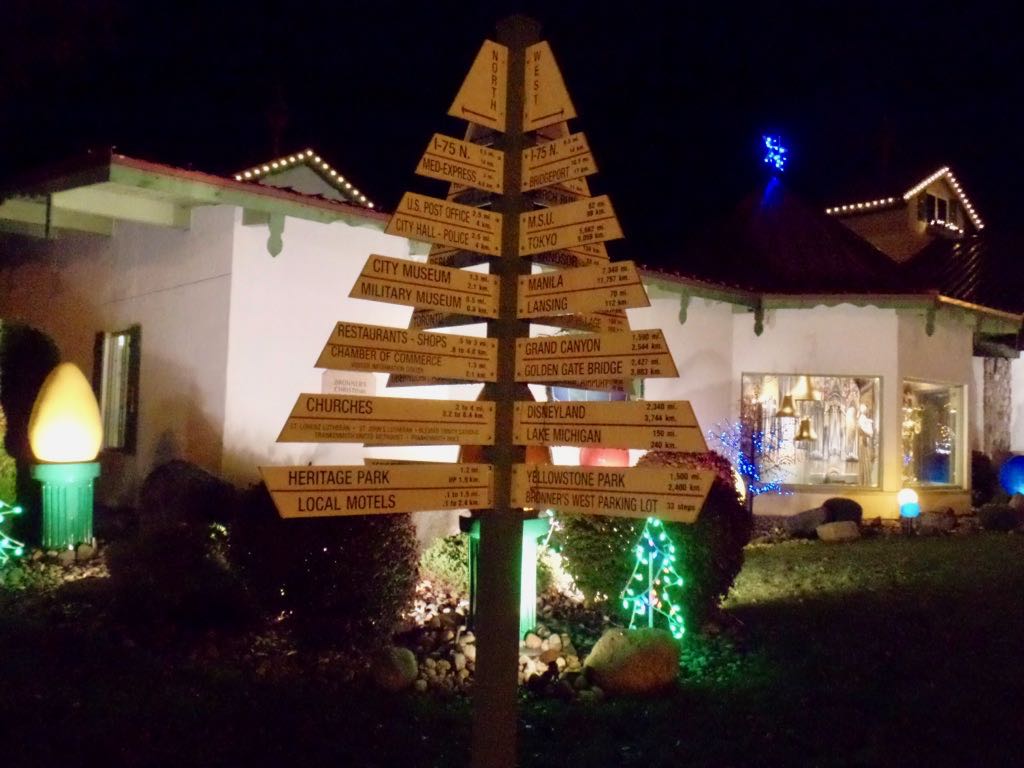 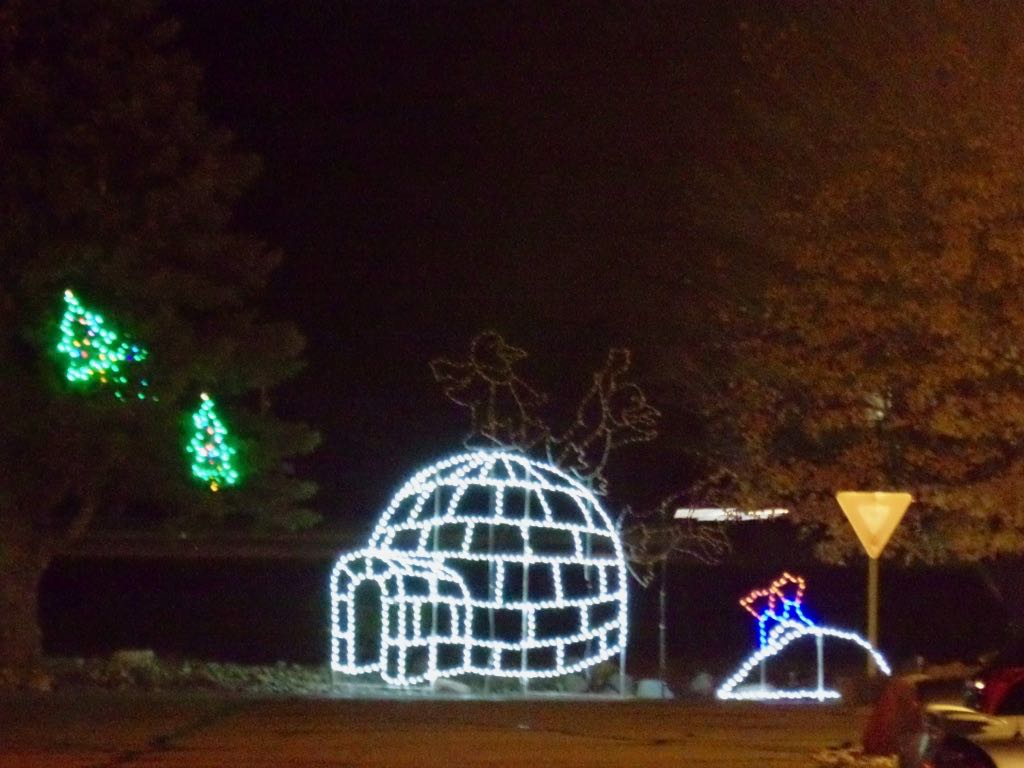 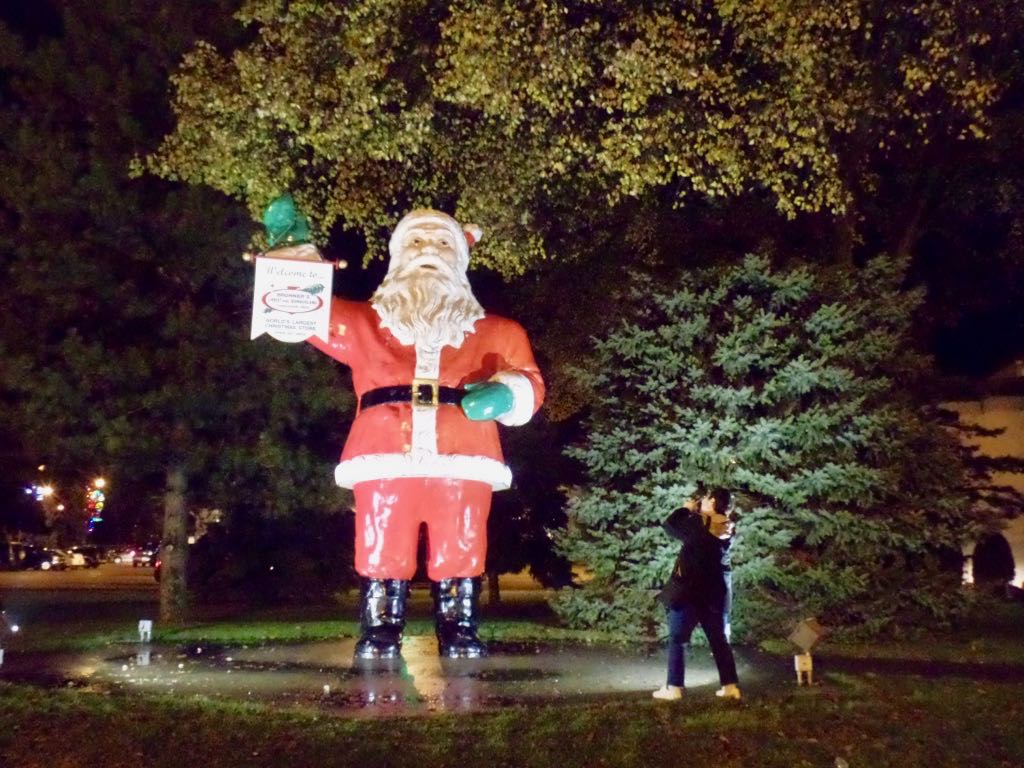 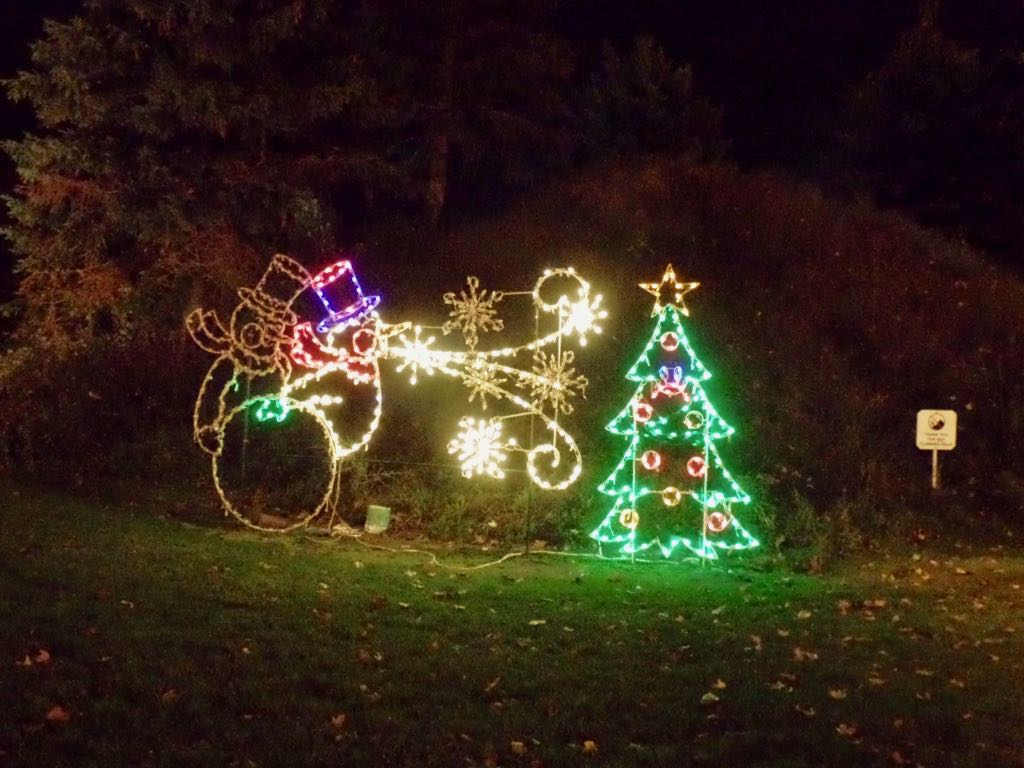 Another animated light display, as we see at Crossroads Village, this of a snowman blowing sparkles onto a tree. 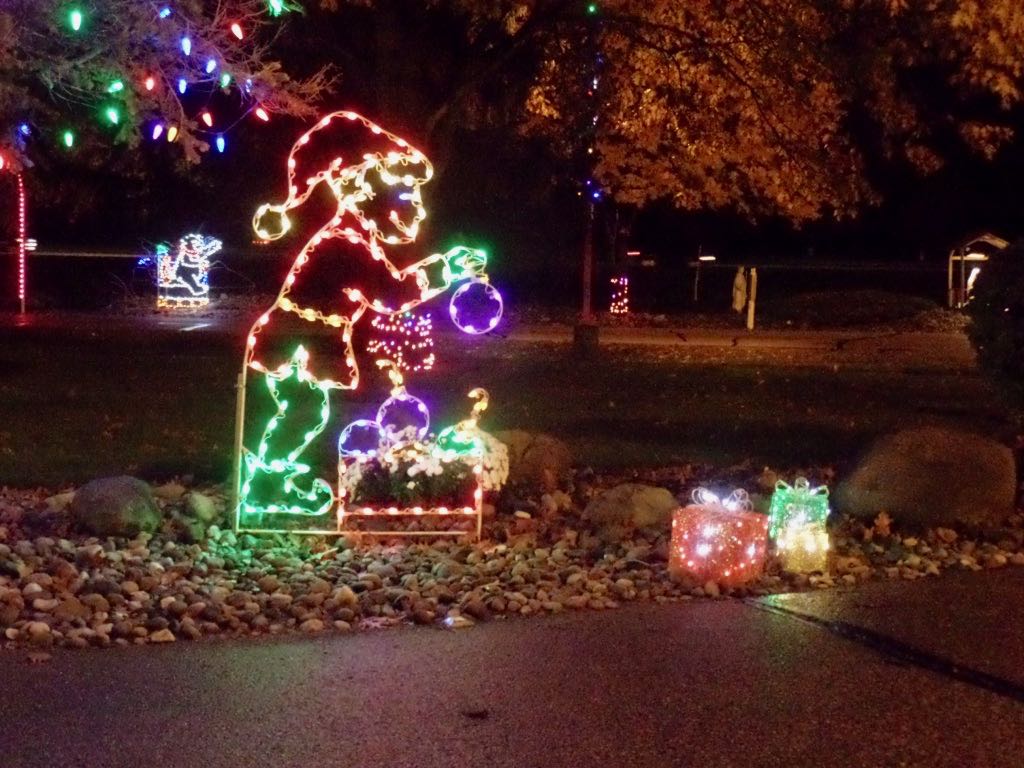 A not-animated, I think, display of an elf hanging ornaments. This one is not at Crossroads Village, I believe. 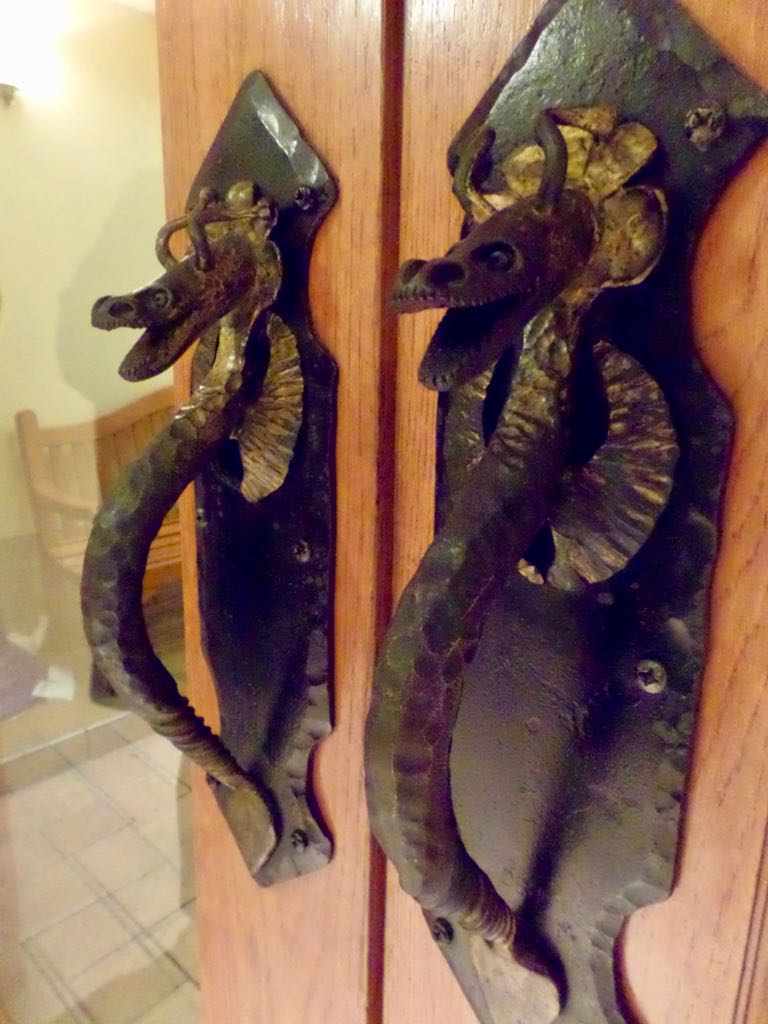 And somehow my lone interesting picture from in town (where, to be fair, we didn't spend much time): the dragon-ish door handles for the underground of the Bavarian Inn.

Trivia: The first I've Got A Secret had a set with a courtroom theme, and contestants taking turns as witnesses. It was abandoned after the first show. Source: Source: Quiz Craze, Thomas A DeLong.

PS: How March 2019 Treated My Mathematics Blog, my regular self-preening, and only an hour and a half late.