What kind of magic spell to use

So a thing about the International Flipper Pinball Association is they want there to be more pinball tournaments. But they want the tournaments to be about playing pinball, not about doing silly stunts near a pinball machine. Can't blame them for that, exactly. But it means their rating system discourages some pinball tournament ideas that might be fun formats. For example, back in 2016,

bunny_hugger wanted to run a tournament in which you played with one of a set of handicaps. Playing with the scoring display covered, for example. Playing while wearing thick oven mitts. Playing while other people heckled you. The IFPA thought this sounded like fun, but that it was too much comedy, not enough pinball. They wouldn't sanction the event, so it would not generate rating points. She held the tournament anyway. Only three people turned up, including me and

This is not to say the IFPA is unwilling to do some weird format stuff. They've approved the ``Critical Hit'' deck. This is a set of 54 cards. Players in a tournament are dealt some cards, and can earn more cards by accomplishing something or other during matches. And the cards cast ``spells'', allowing ... changes ... to the game. Like, someone can change what game they're supposed to play, letting them move to a better table. Or force someone out of their group of players, replaced with a random pick of other players. Or swap scores with another player in their group after the first or second ball. Or shake someone else's table, giving them tilt warnings. Or ... cover the scoring display. There isn't a card that makes you play with oven mitts on, but maybe if there's ever an expansion set.

bunny_hugger bought one. She had a plan for it.

PS: So now to mid-November 2017, and the Silver Bells in the City electric light parade. We'll get there. 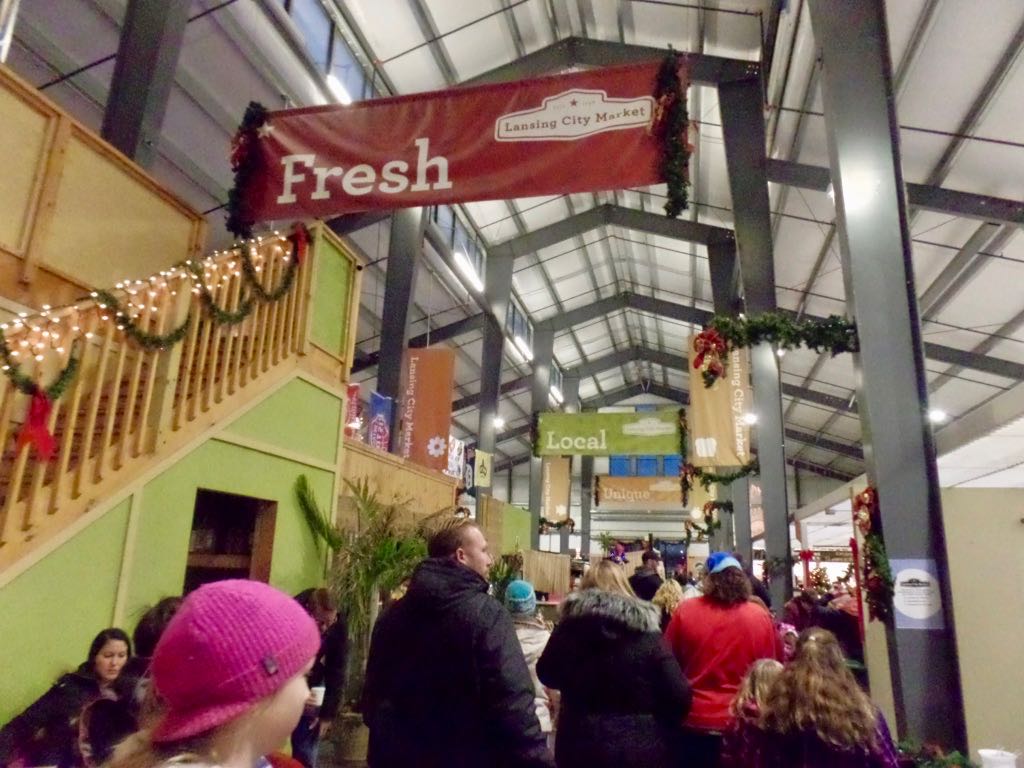 Entering the Lansing City Market. This, I think, might be the last time we visited it. The City Market had been struggling ever since its renovation in the mid-2000s, and almost all its businesses left over 2017 and 2018; the place closed down for the indefinite future, except for the bar, September of last year. 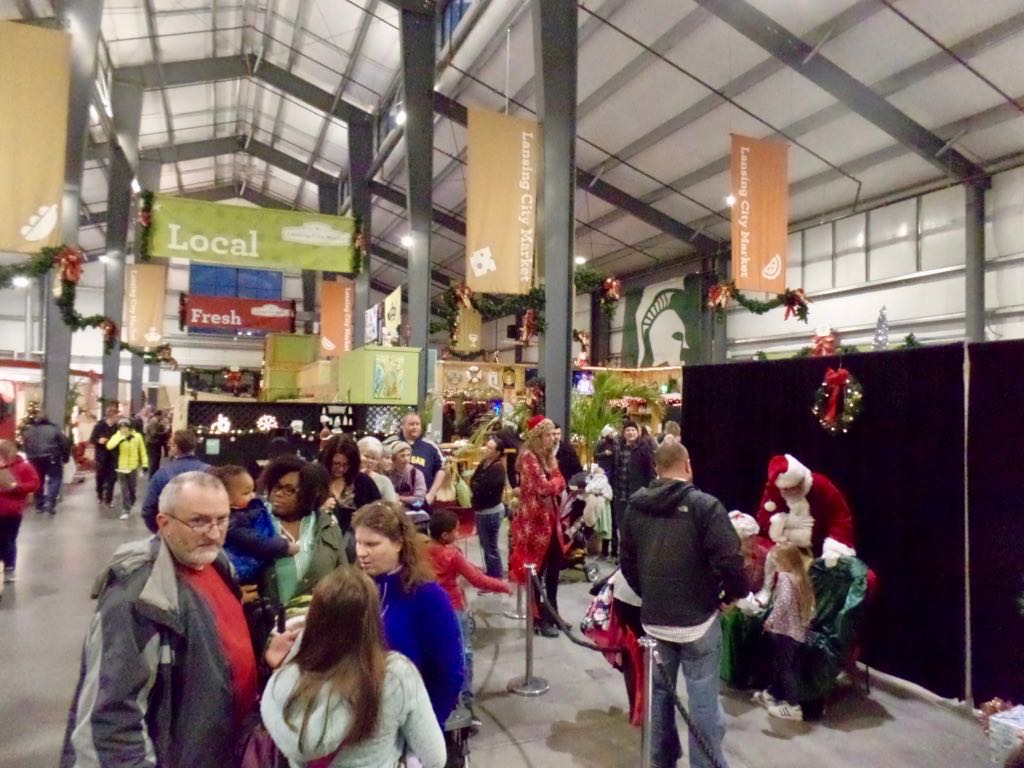 Santa's station set up in the fairly ample space available. Even in previous years there were some farmers' stalls selling produce or beans or jams or such here. And it's not like it's a bad-looking place, for what it is; it's got a decent location, too, so why it sputtered and died is a mystery to me. 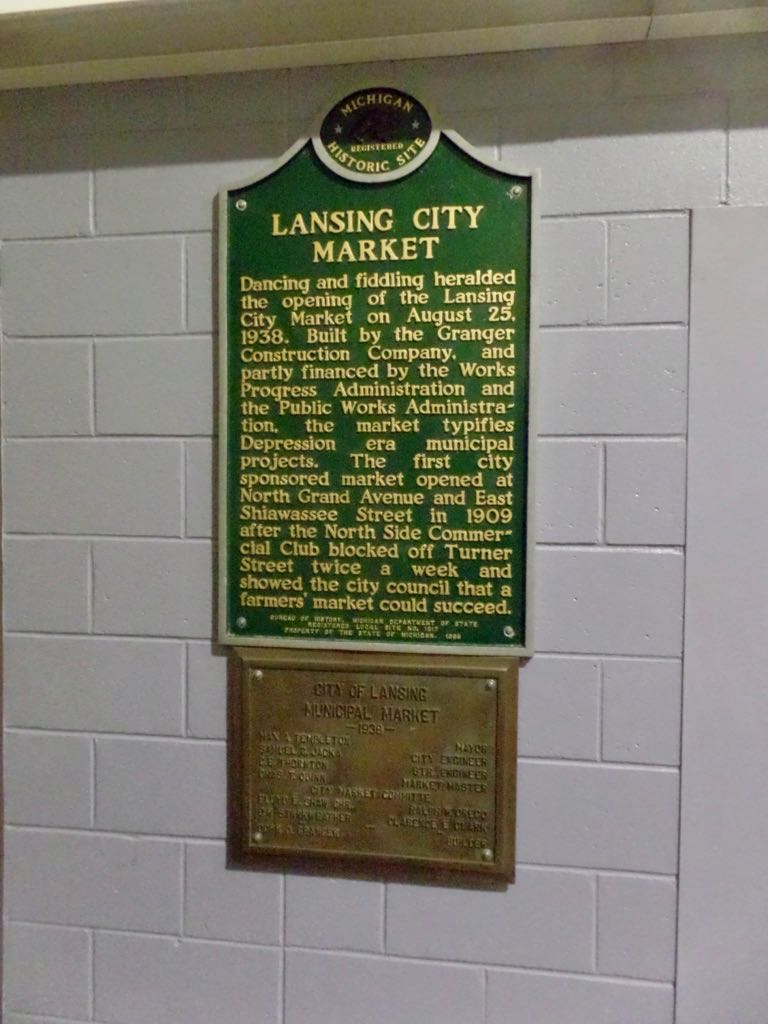 Historical marker and the dedication plaque reflecting the former City Market, demolished in the mid-2000s as too decrepit to make workable and replaced with this building. A lot of longtime residents are still angry at the mayor for replacing the old building.