What a bright time, it's the right time to rock the night away

And now let's ... not quite finish all of Silver Balls, but at least get to the end of the parade! 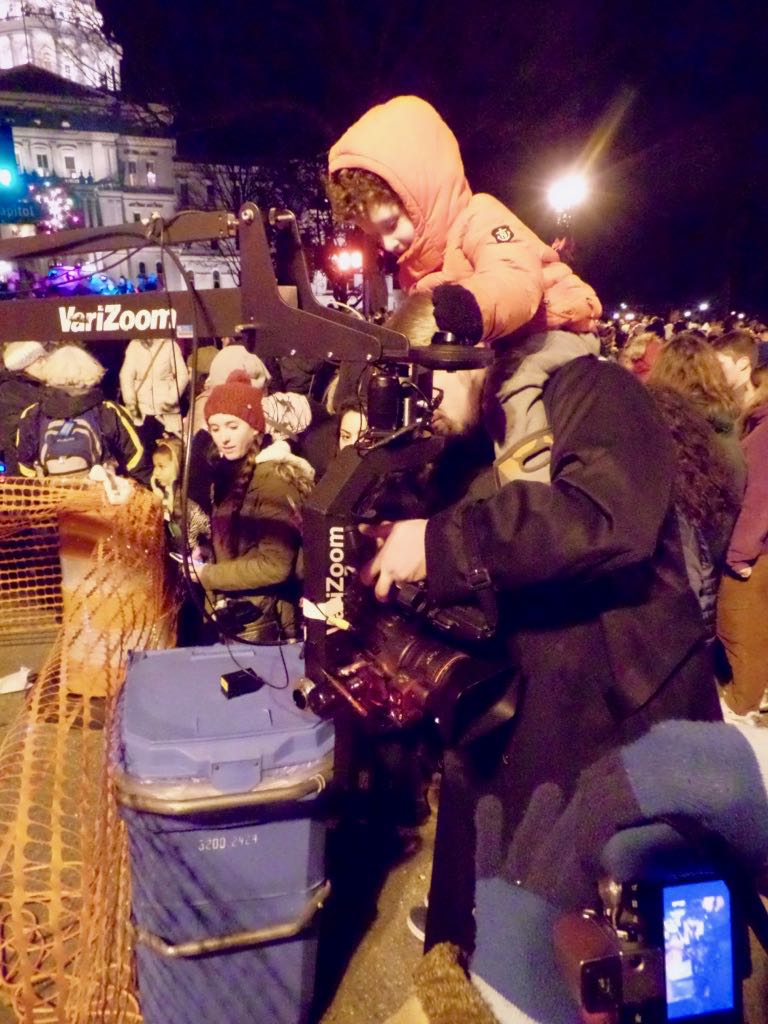 The rush is still on to get the camera battery replaced. Truth to tell I'm not sure what the kid on the guy's shoulders adds to the operation. 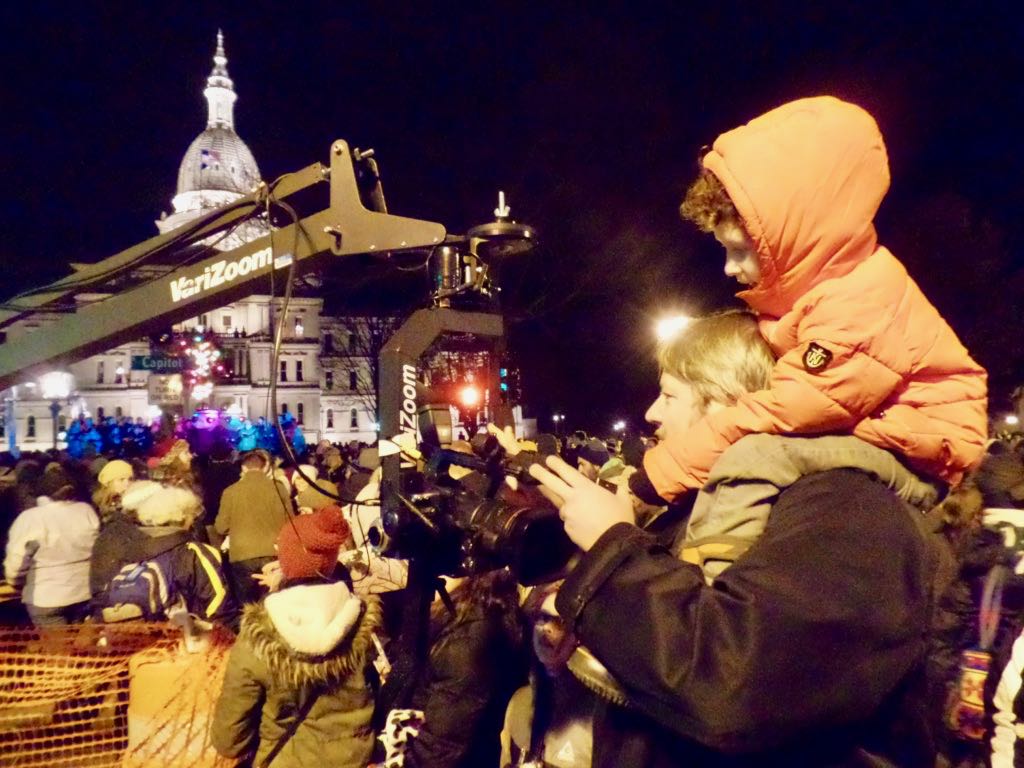 Success! The camera's back in operation and ready to go before they get out of commercial break. 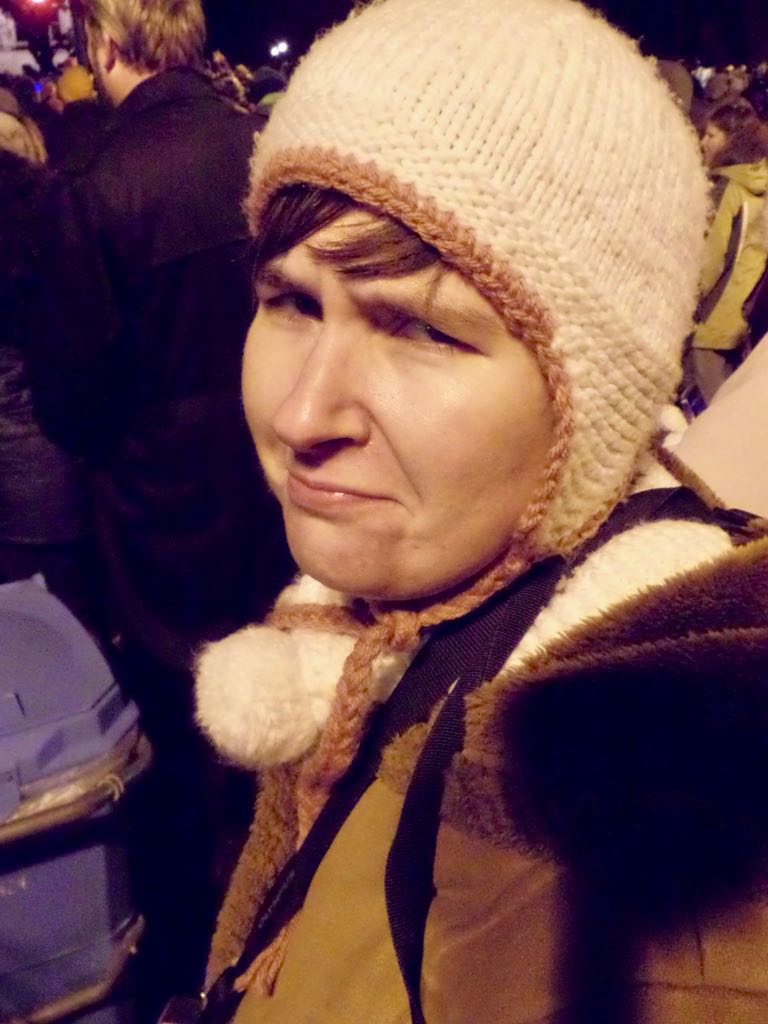 bunny_hugger is not a fan of the song chosen for the community sing, nor that it is a song going on when it's fairly cold really and we've already been standing in the same spot for two hours and we're waiting for the tree to light. 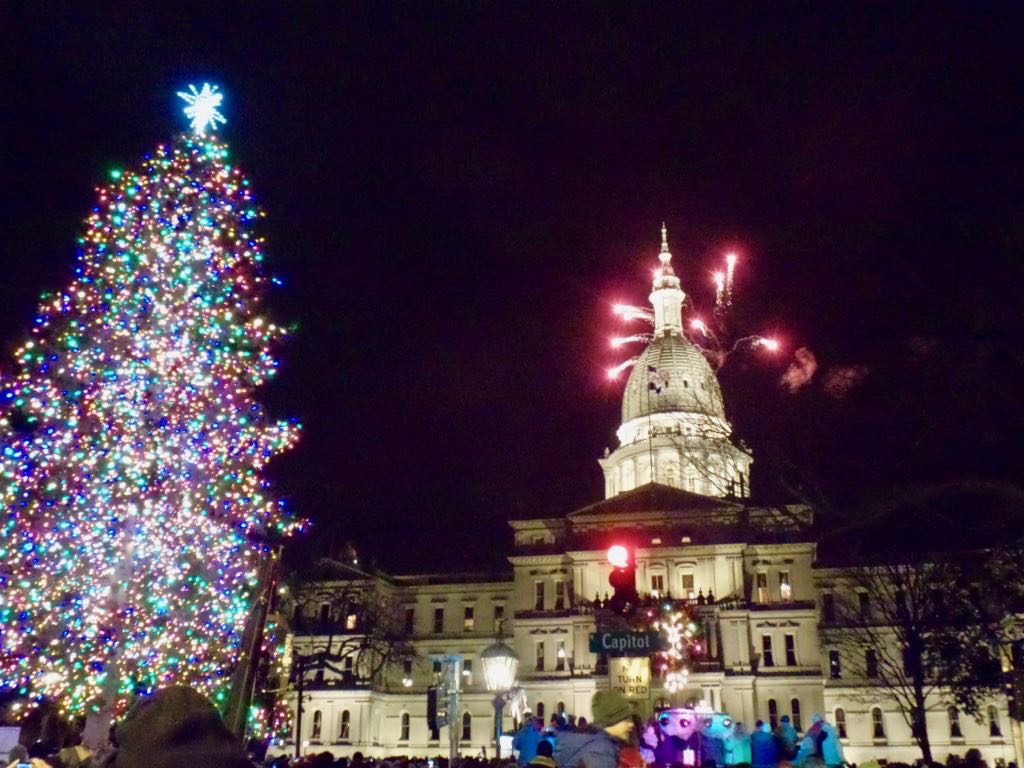 The tree lights! And the fireworks have started. 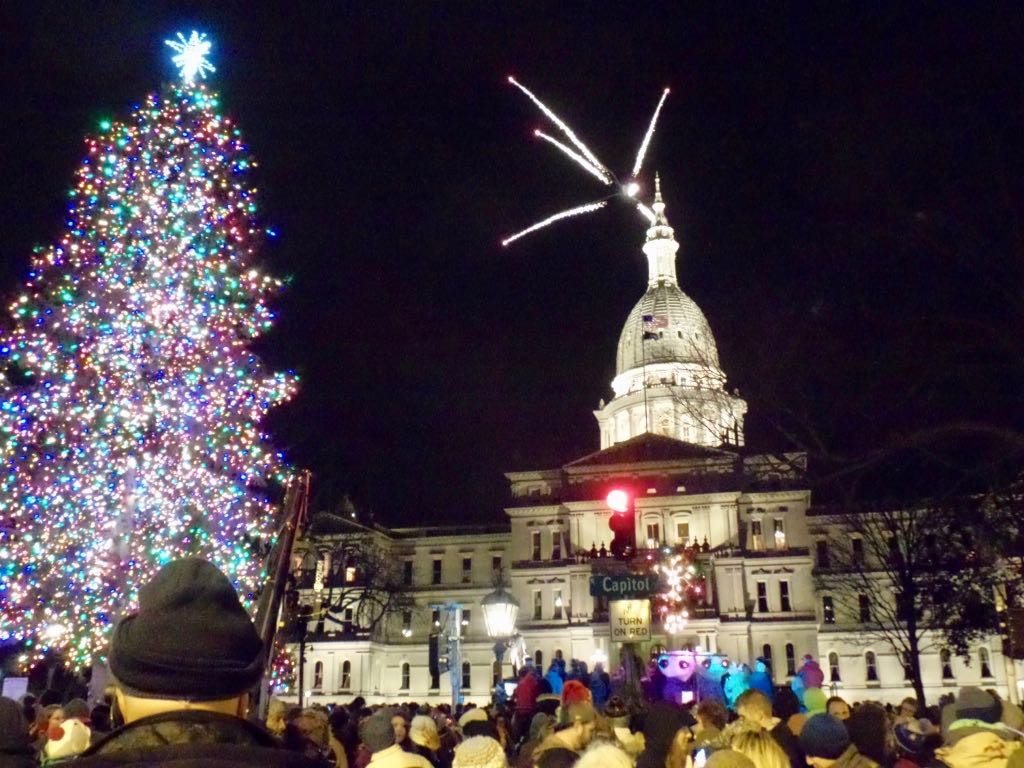 More of the skies opening up to highlight the capitol. 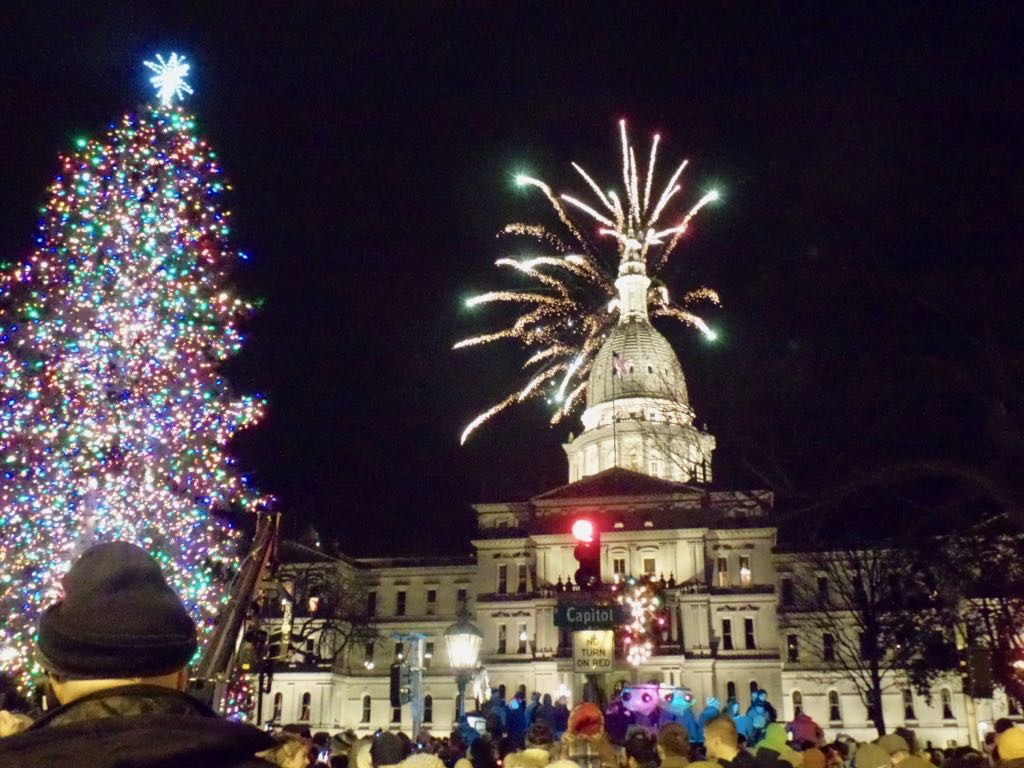 Did you notice the camera guy recording the fireworks too? He got that idea from me. 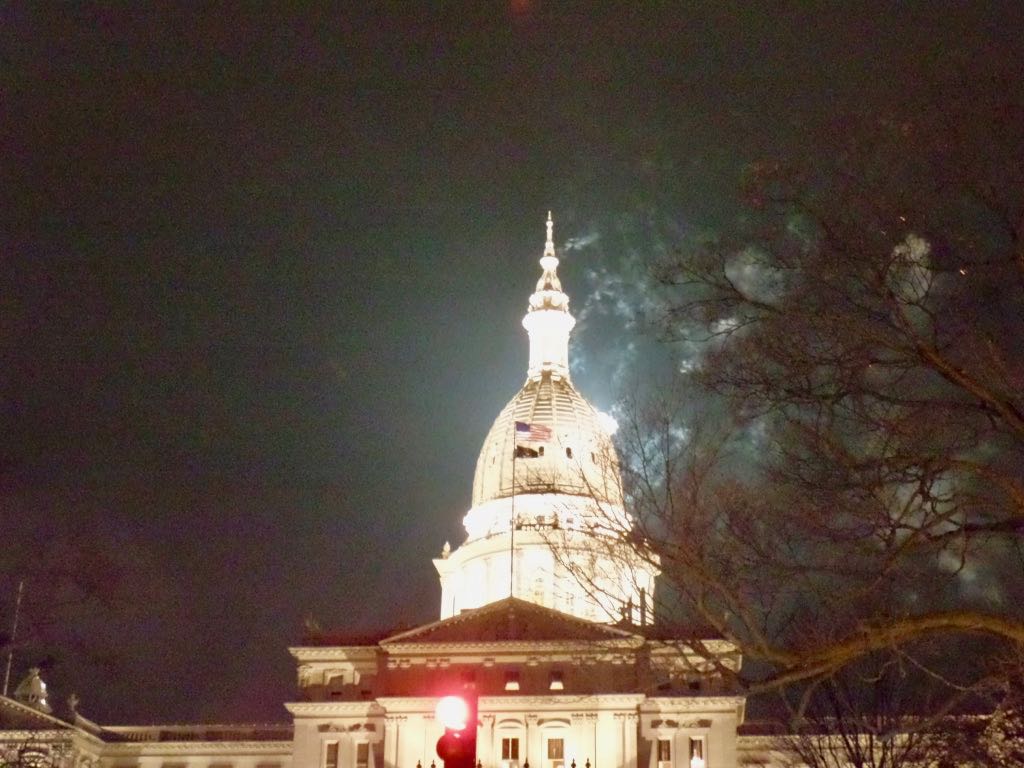 Fireworks caught in that moment that makes it look like the capitol dome is on fire or maybe exploding. 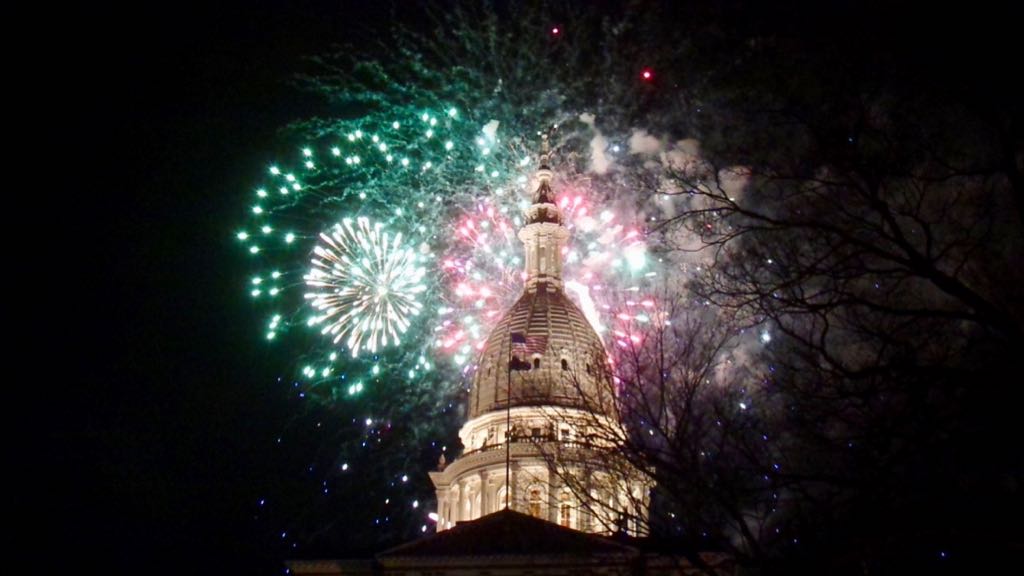 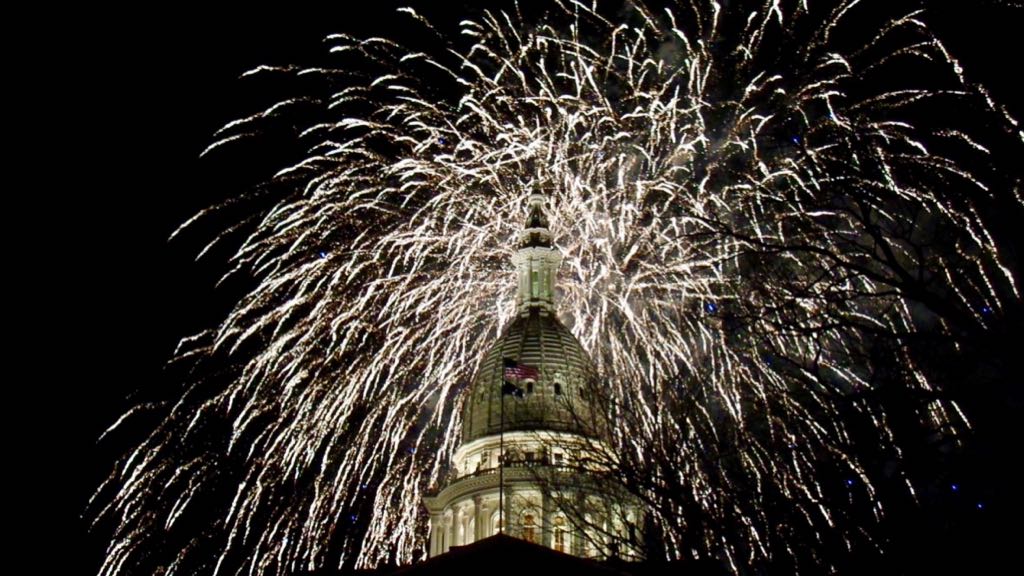 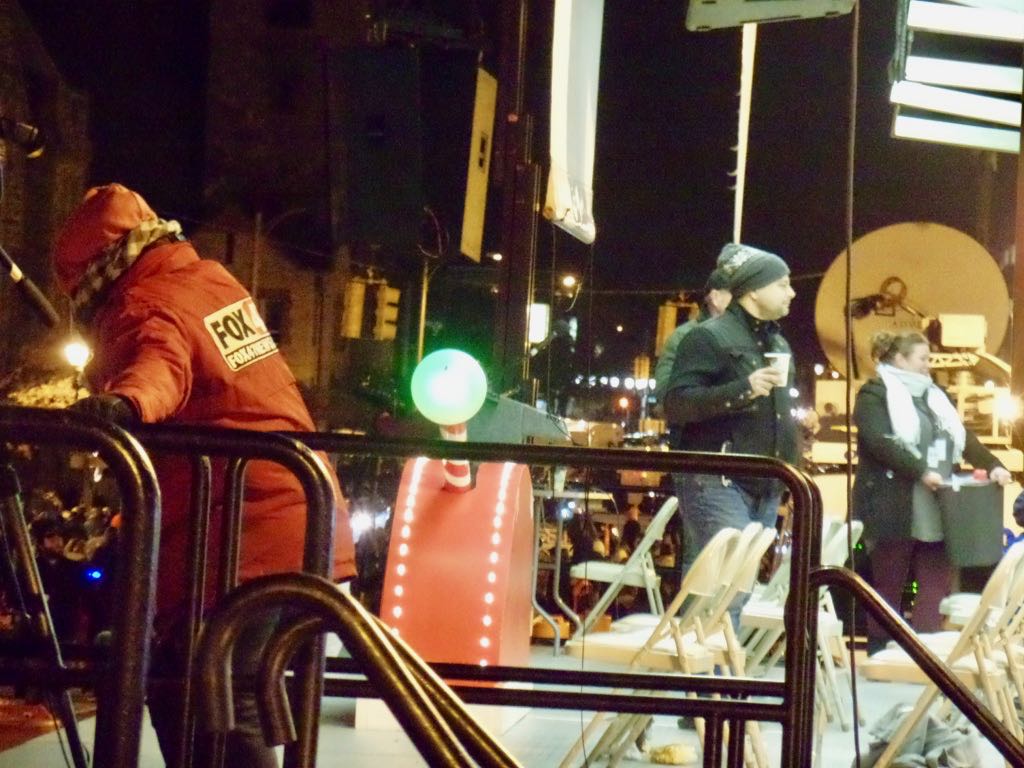 Yeah, that was the grand finale. They're already cleaning up the reviewing stand. The big red contraption with the candy-cane lever was a new thing for 2017, a great switch for the mayor to throw to light the tree that was definitely actually connected to a thing and really made the tree light up. 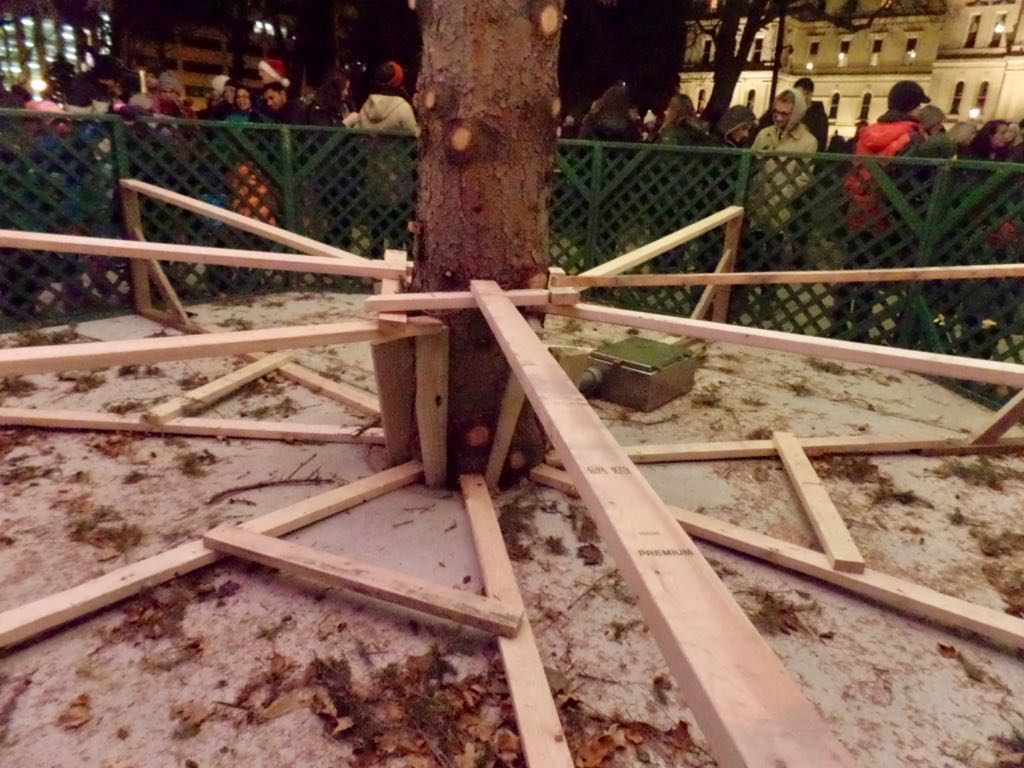 Meanwhile at the base of the state tree: it's held up by exactly the same complex network of shims and desperately added braces that you or I might use to hold the tree together. Huh. 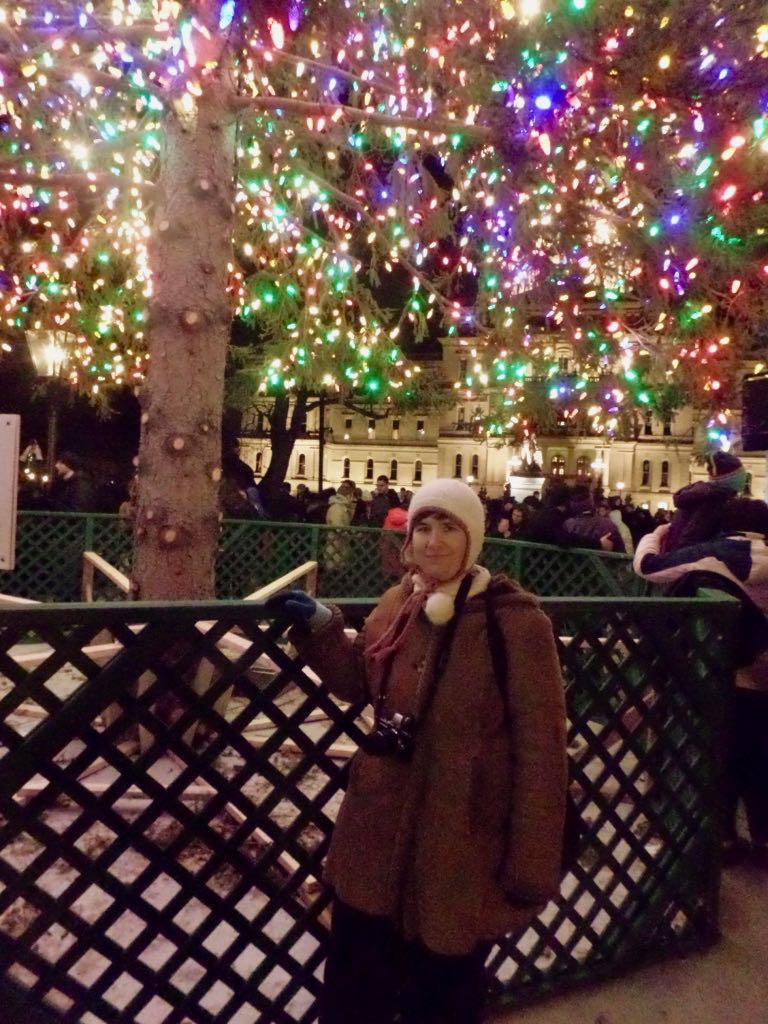 bunny_hugger is happy to be seen at the base of the tree.

Trivia: The federal Swamp Act of 1857 declared that any land claimed by the states to be swampland by the end of that calendar year would belong to that state, regardless of whether it was swampland and regardless of whether railroads had already laid claim to that land. Source: A Nation of Deadbeats: An Uncommon History of America's Financial Disasters, Scott Reynolds Nelson.

PS: Is 1/x a Continuous Function? A question drawn from social media. Shut up, it is too social.