So let's dance the last dance

I had a weird week where more of my humor blog was written ahead of time than usual and yet I felt like I was running late on everything and had no time. I'm not sure how that works out.

And now let's have some fun with the Ruthven Museums Building. 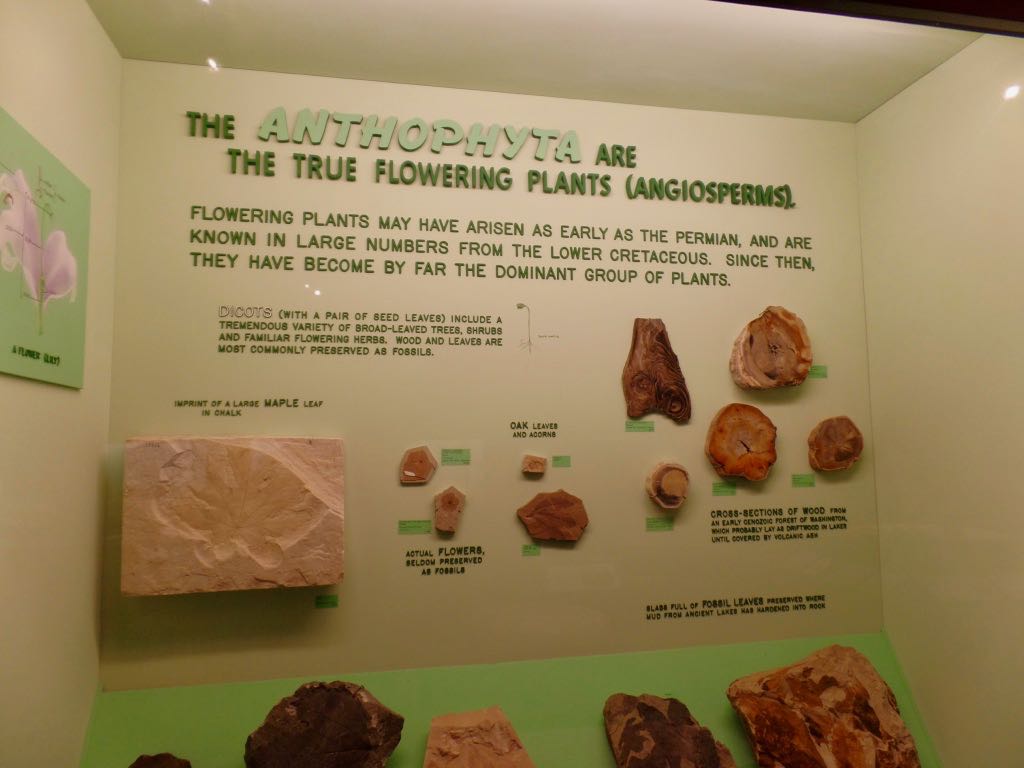 I know how interested you all are in angiosperms. But mostly I took this picture to show the kind of old-fashioned display, with actual letters tacked to a board, that the museum had and that surely hasn't made it to the new place. I mean, this is just so wonderfully tactile, even if it's impossible to update. 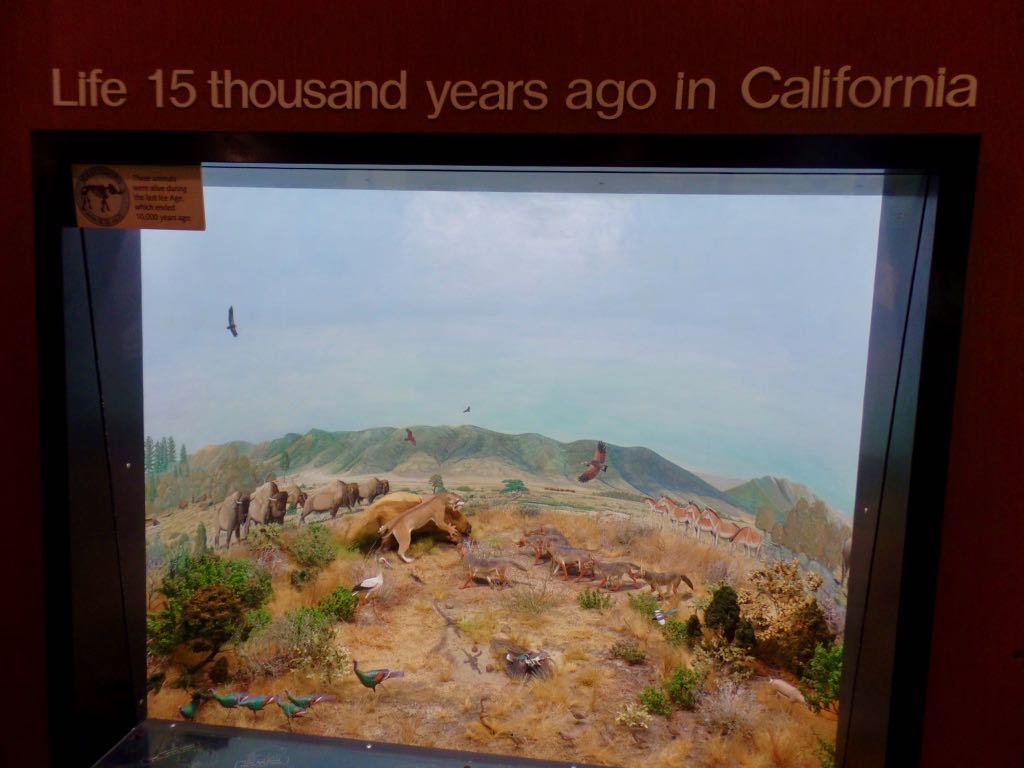 Diorama showing the natural subject of a Michigan natural-history museum: prehistoric California. Anyway they had lots of these kinds of dioramas and I imagine a fair number got moved but they're great in place as is. 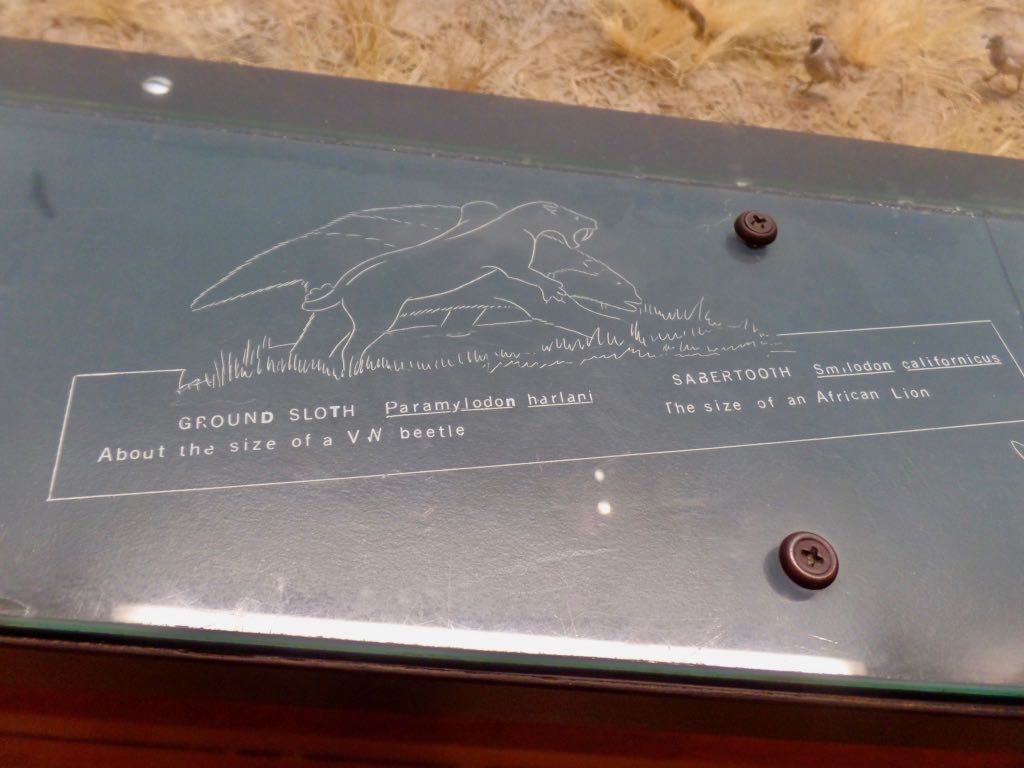 Part of the legend for this California diorama, with time having worn off a fair bit of this very 1950s text. 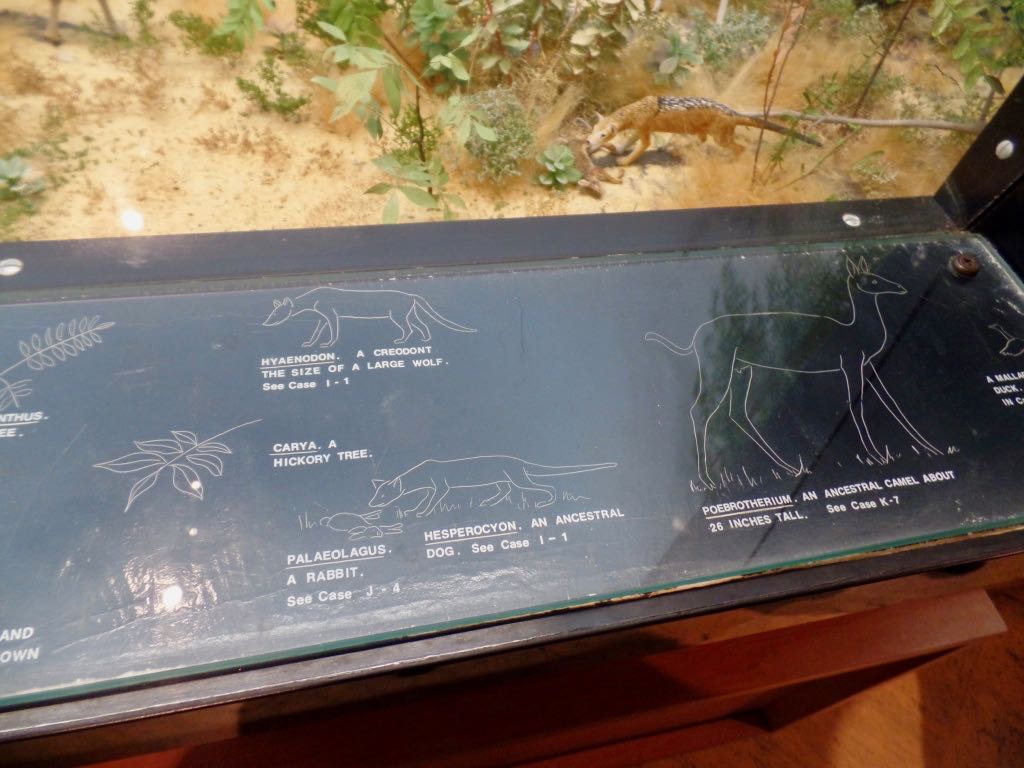 Paleolagus. A rabbit. Do you see it in the scene above? ... It's not having a good model day. 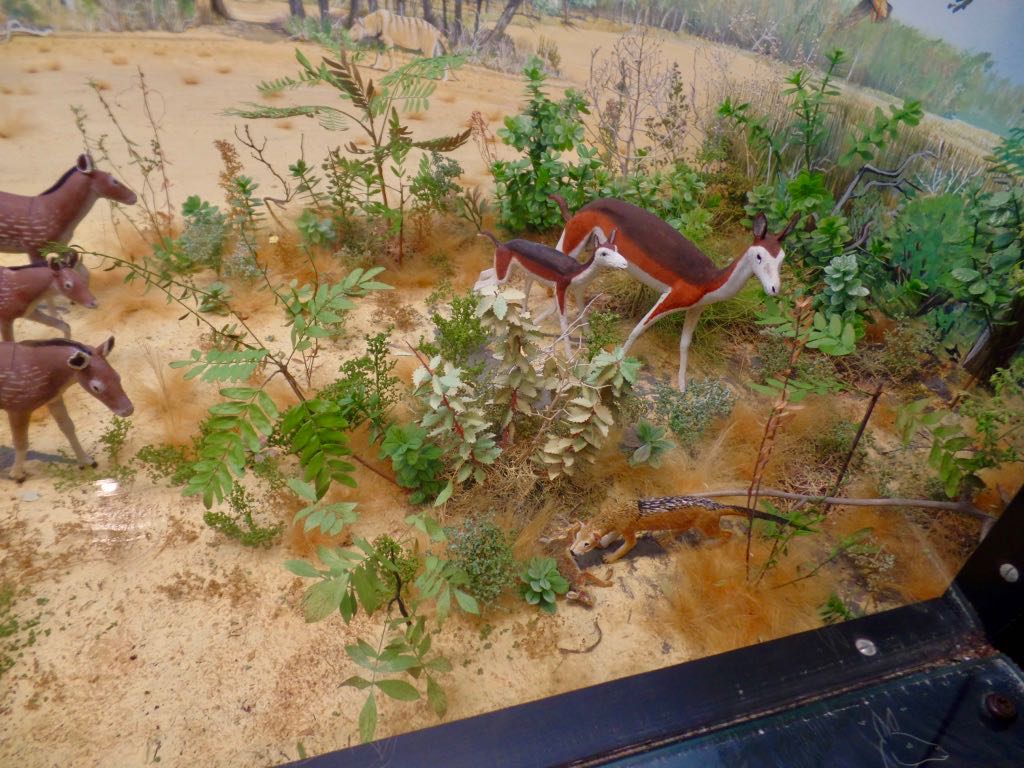 A more full view of the scene, and the poor paleolagus. 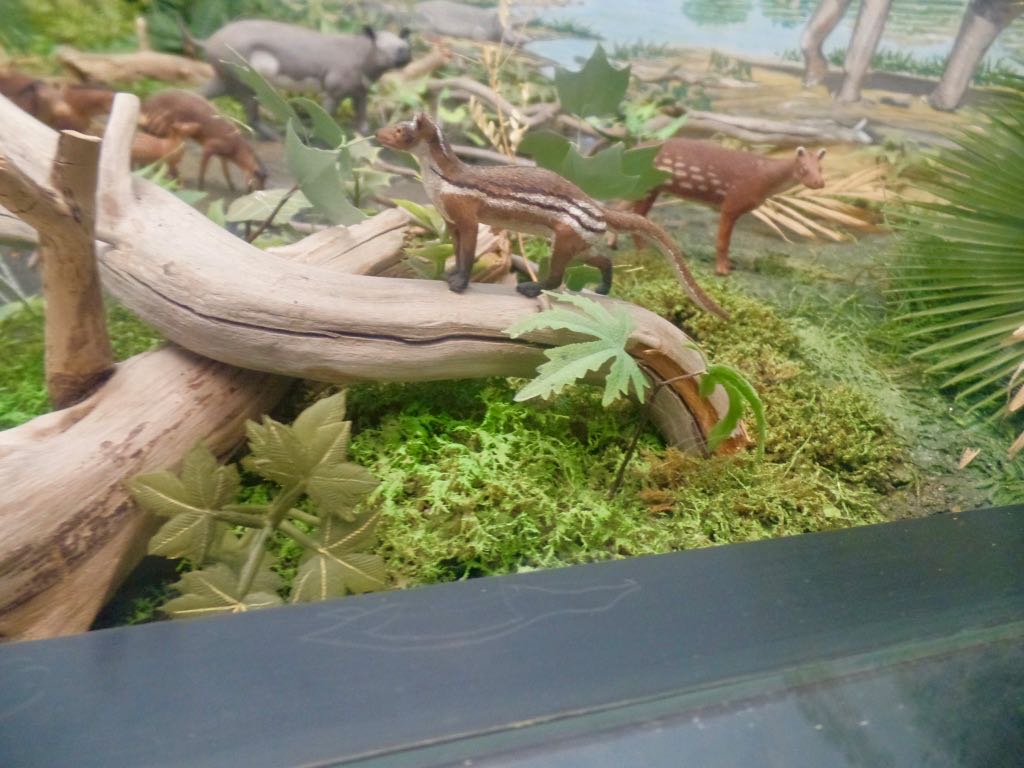 ``VULPAVUS, a miacid carnivore ancestral to the dogs, bears, raccoons, and pandas'', or so the museum says. 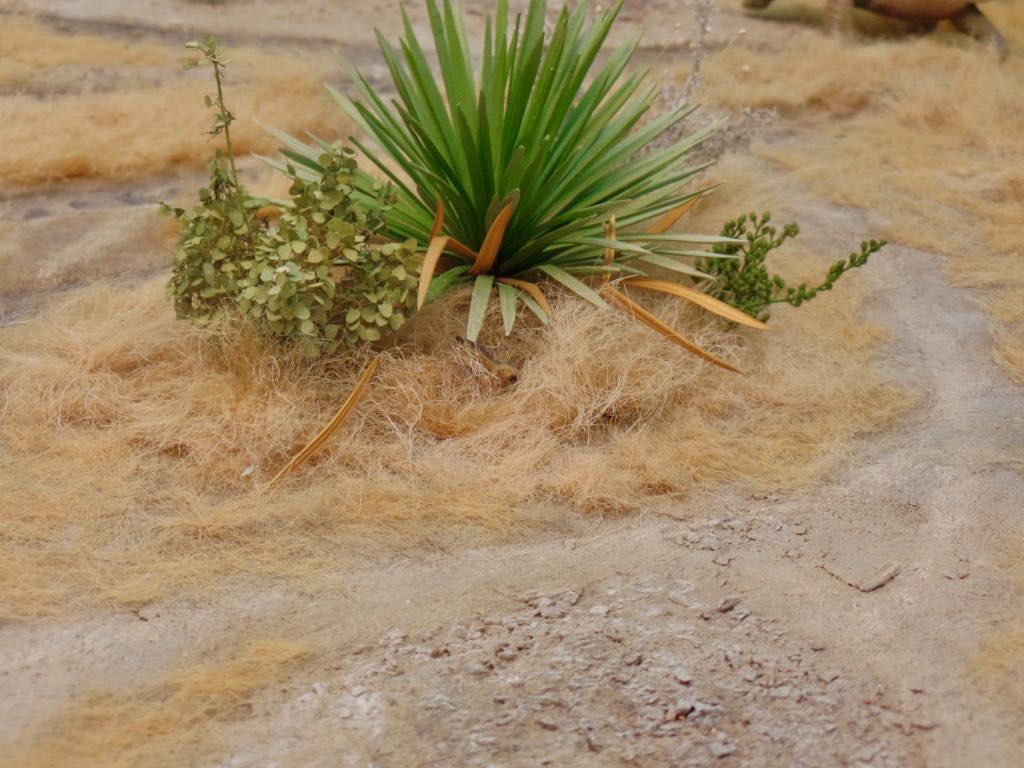 ``HYPOLAGUS a rabbit'', if you can spot it in this reconstruction of the helicopter pad from M*A*S*H. 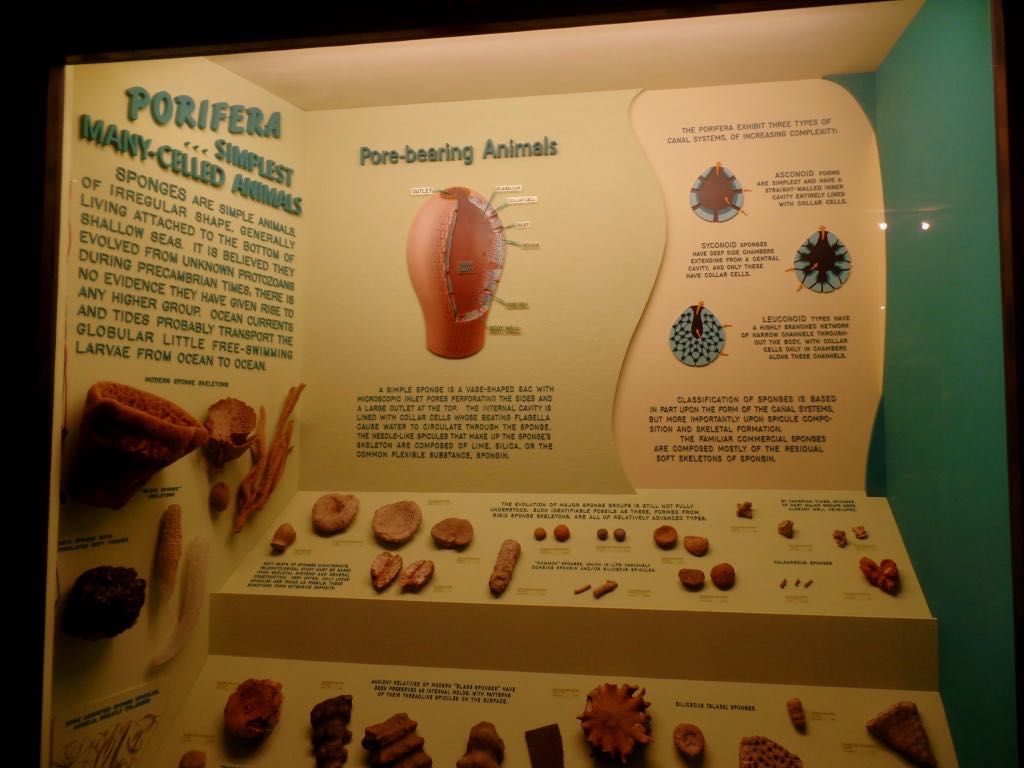 Another example of the three-dimensional, and three-dimensionality, of the panels on display. Also, 'Pore-bearing Animals' is one of those phrases that is certainly scientifically correct but also comes across as funny without trying to be. 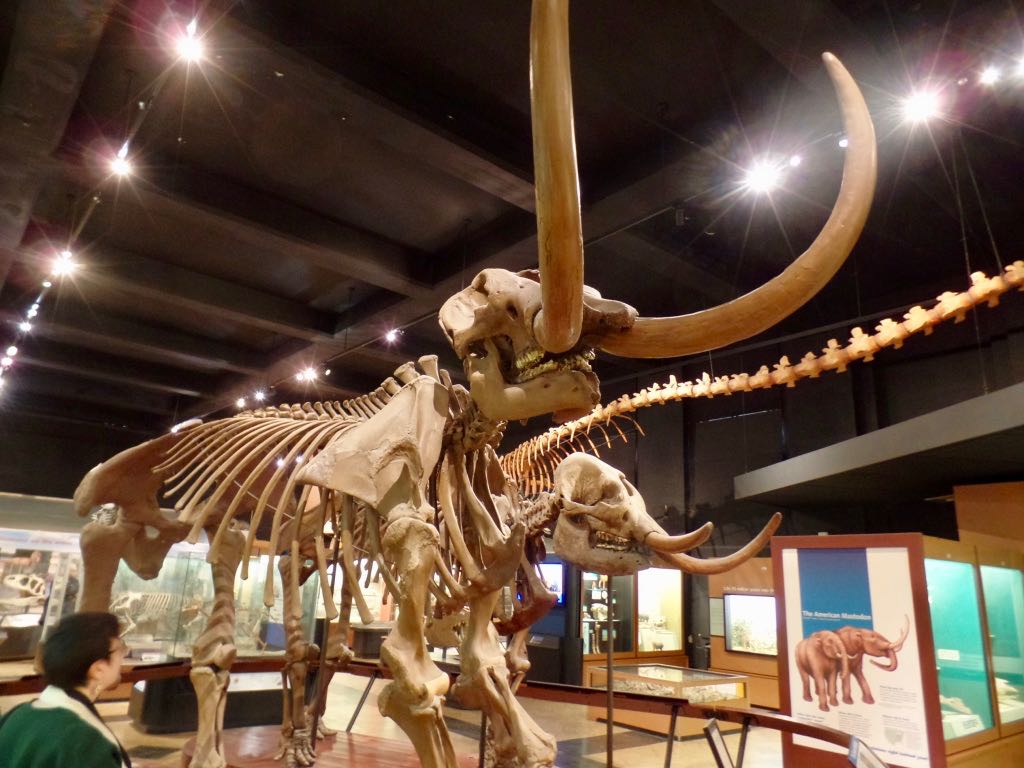 Mammoths! So it turns out that, like, every four months or so somebody in Brooklyn, Michigan, or something discovers a buried mammoth in the ground outside their ranch home. Some of them get promoted to museum duty.

bunny_hugger admires some of these. 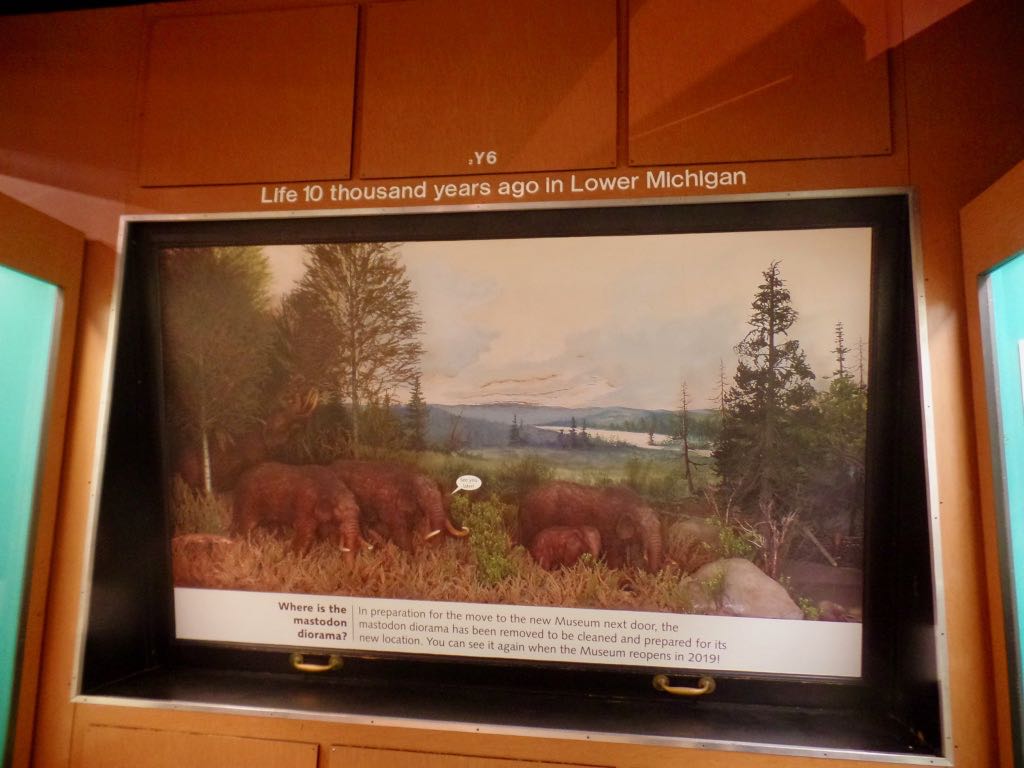 Ah, finally, a diorama depicting scenes from the vicinity of the museum! ... And it's moved already, but at least it does promise that the dioramas should be expected to make the move. 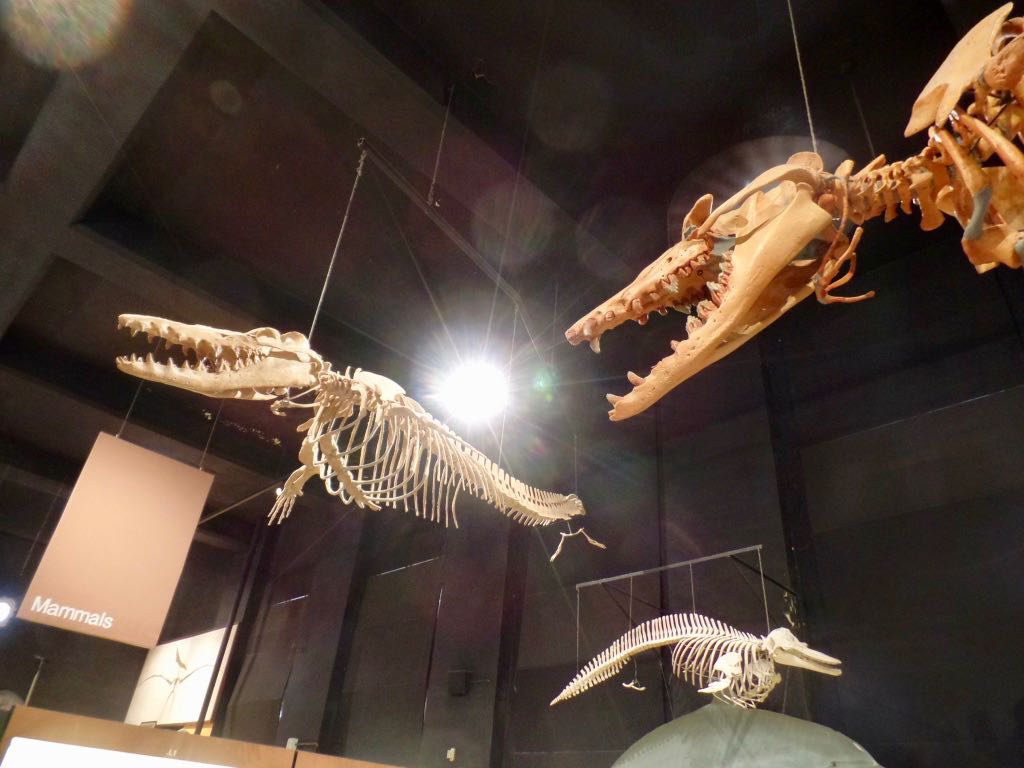 The skeletons of various ancient cetaceans hang from the ceiling. 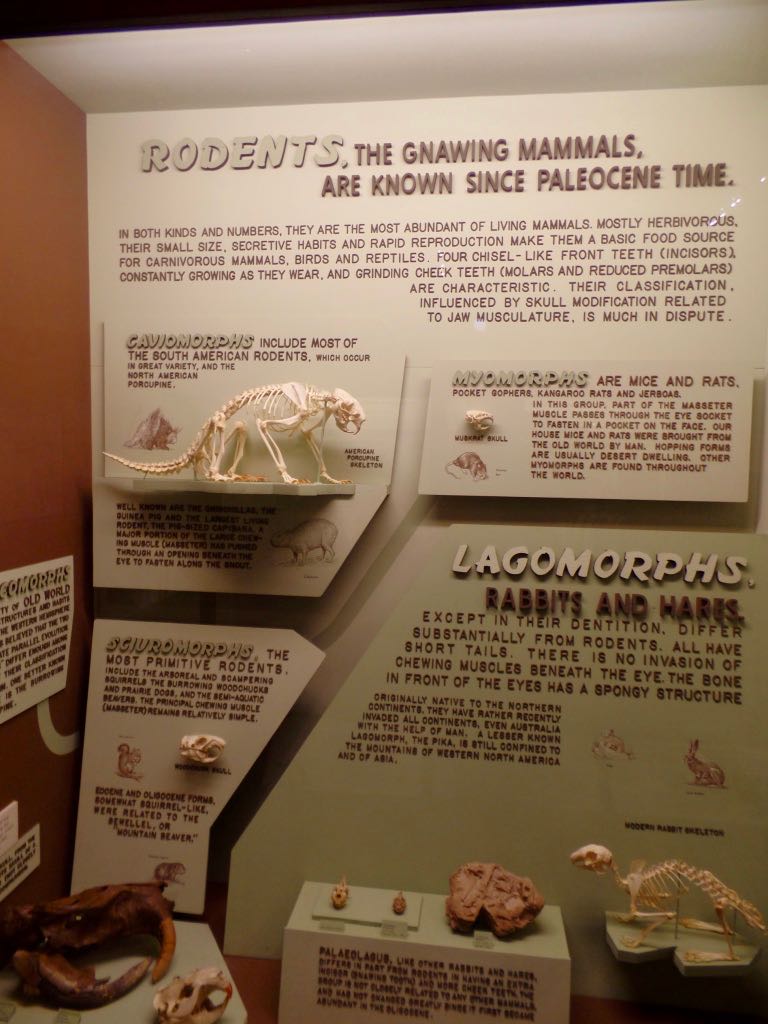 Rodents and lagomorphs, so the museum put this sign up at least late enough in history to recognize that rabbits aren't rodents. The line about the classification of rodents still being 'much in dispute' is --- to my understanding --- still current, too, as rodents seem to be taxonomically 'stuff we haven't broken out of the rodents yet'.

Trivia: Thomas Edison first began taking winter vacations in Florida with his 1883-84 journey to St Augustine. Source: Edison, A Biography, Matthew Josephson. So, you know, he never quite left his Michigan childhood behind.