And here I'll take another photo day while, I hope, things go incredibly great at Pinball At The Zoo. More stuff from the Ruthven Museums Building, in its last weeks of operation as 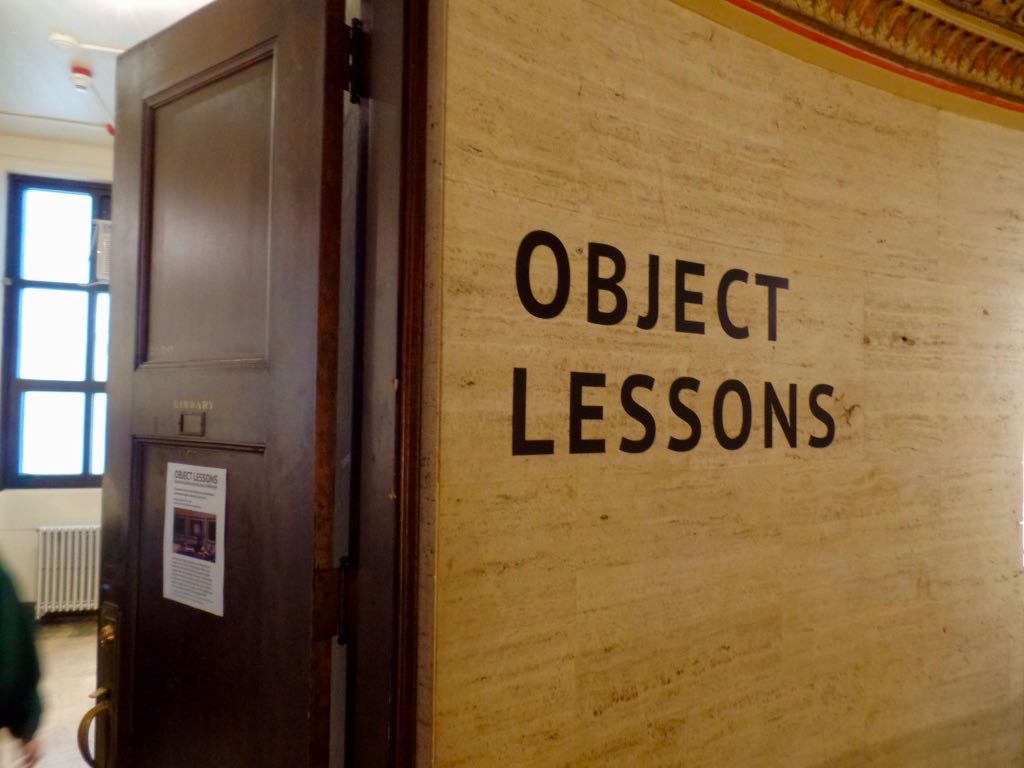 The last temporary exhibition: Object Lessons was a display of things that go into the making of a natural history museum, so it's partly a history of the place, which is what you'd expect as a final temporary exhibit. 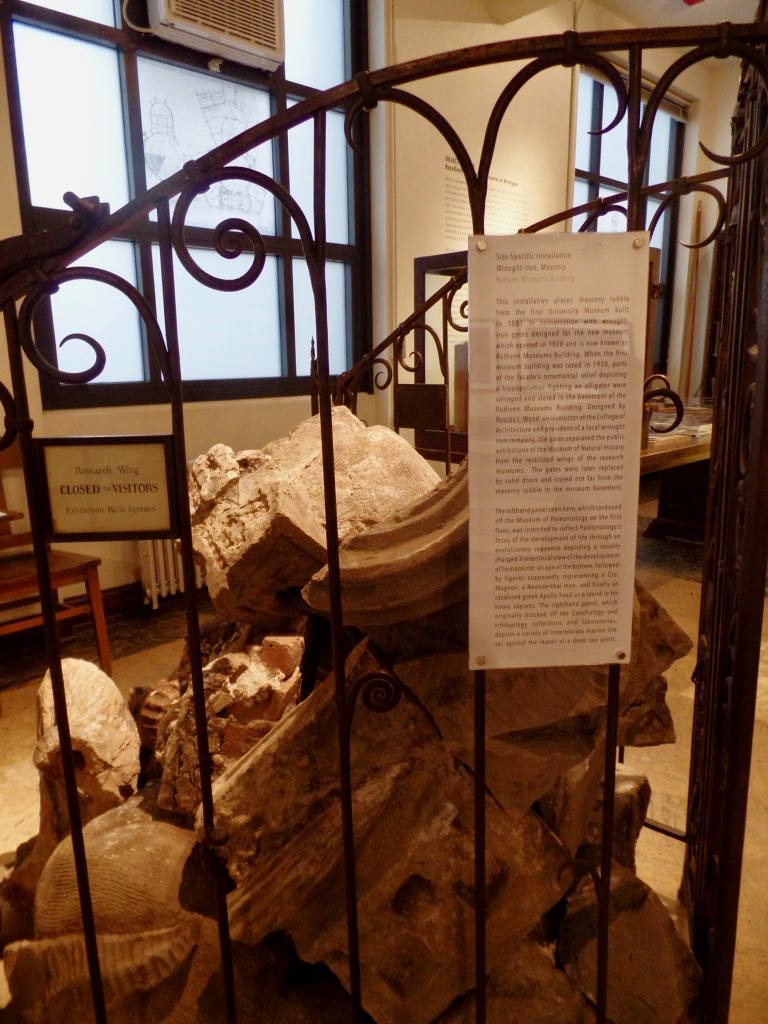 Closed for Visitors: gate and part of the facade from the previous University Museum Hall, torn down in 1958 (thirty years after the Ruthven Museums building opened). 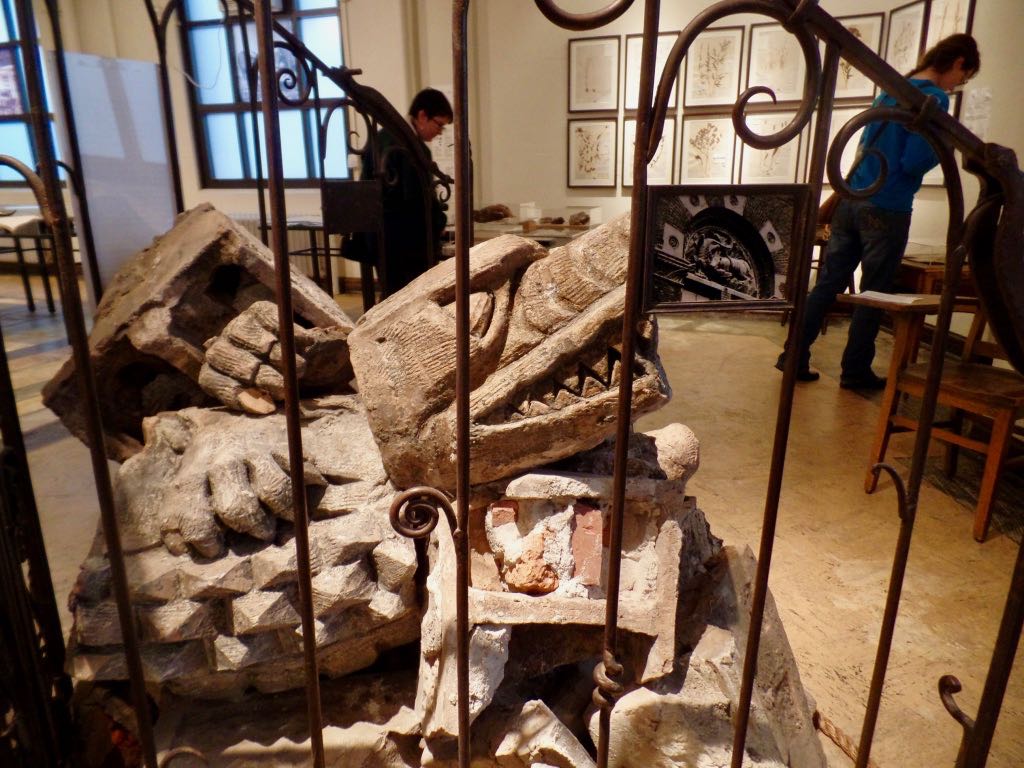 Pieces of the facade of the old, 1881-vintage, University Museum. Pieces of it were from the Museum of Paleontology, showing off what the modern plaque described as a ``racially charged hierarchical view of the development of humankind''. Other pieces ``blocked off the Conchology and Ichthyology collections and laboratories'' and so depicted ``invertebrate marine life set against the leaves of a deep sea plant''. 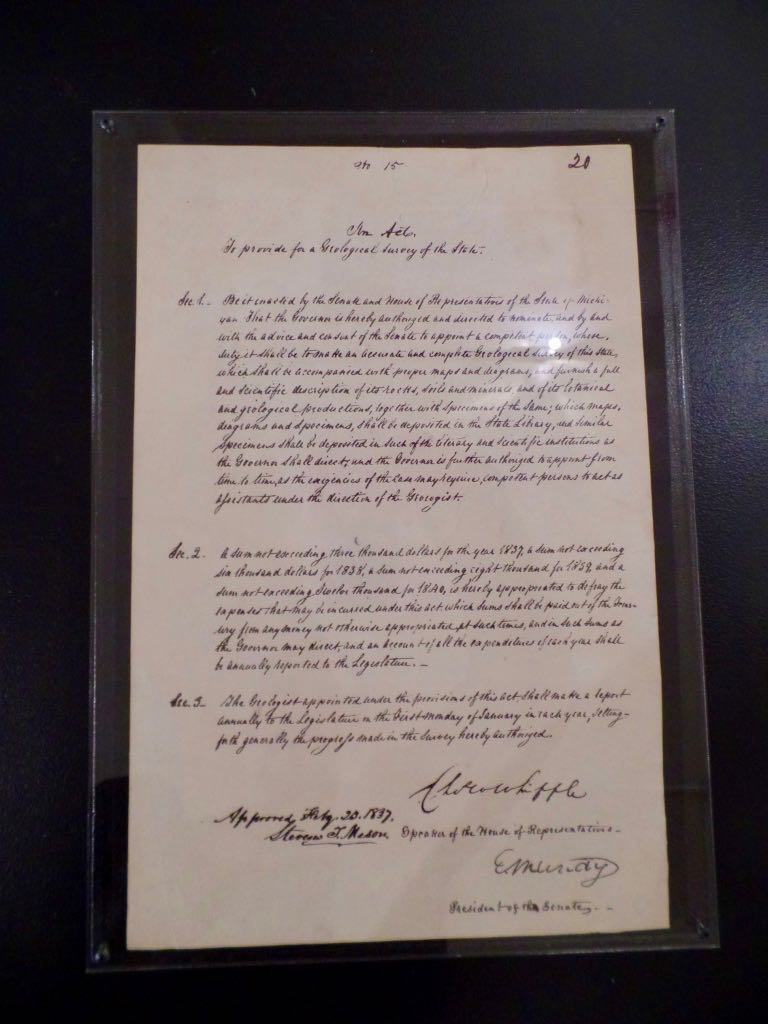 The young state legislature's act (approved July 1837) providing for a geological survey of the state, which is of course part of how the museum has this collection. 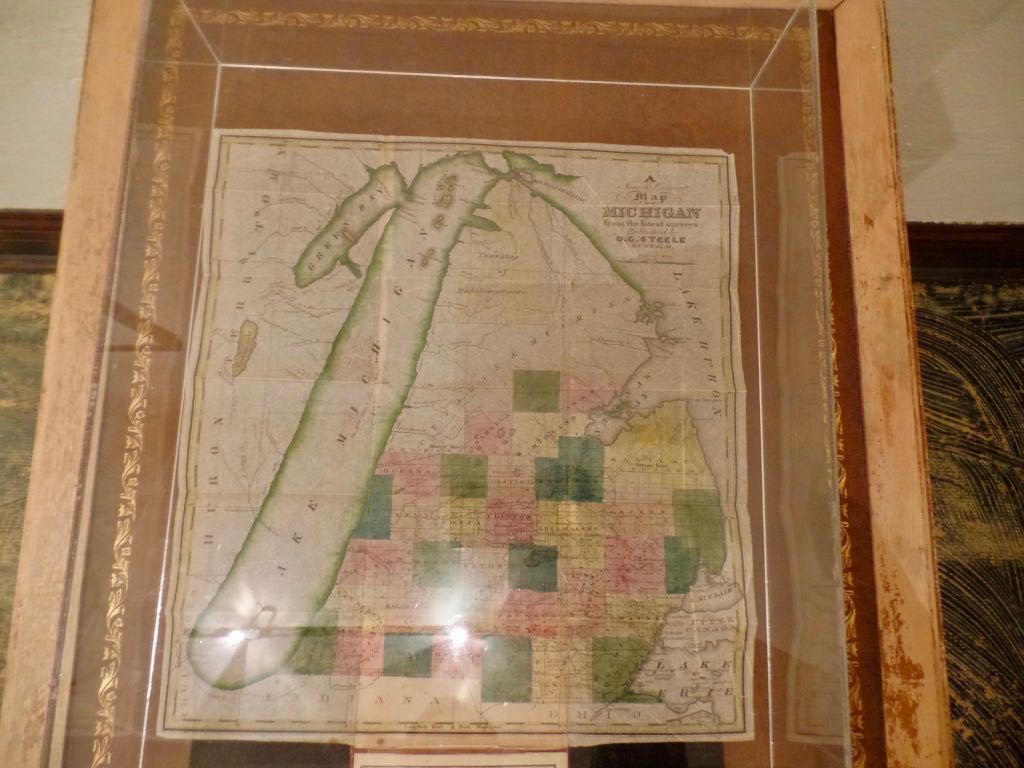 And ... ah ... well, you know, geological surveys in the era before there was practical photography or aerial transport and the whole thing was a swamp and there were lumps of iron every forty feet turning the compass the wrong way and then sometimes your map just stinks. Note how little they'd got done carving out counties, too. 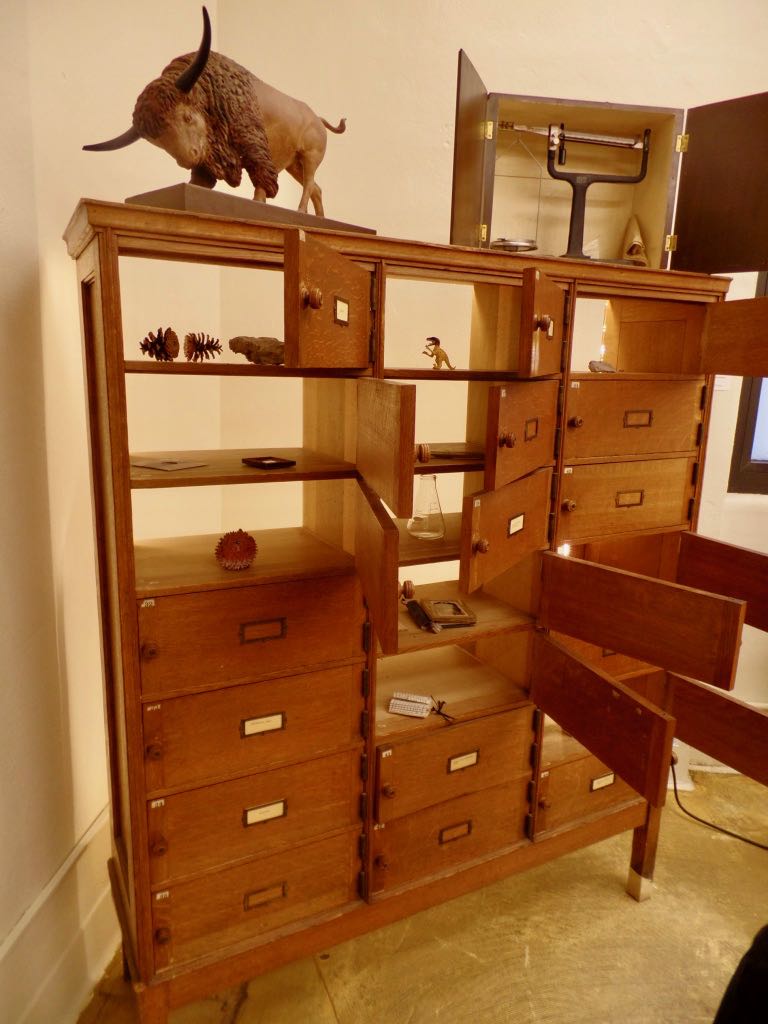 Museum cabinet case that now serves only a decorative role, but which used to be part of the hard work of 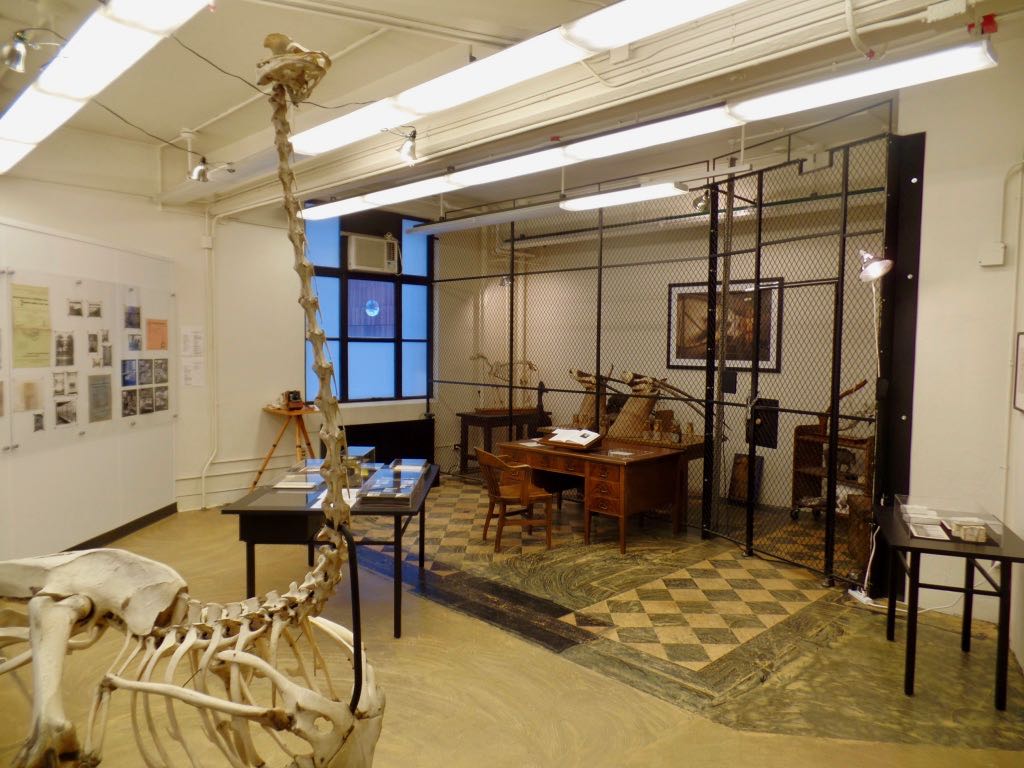 Part of the exhibit shows off what the working museum looked like in the early 20th century. They even tore up enough linoleum to show the old linoleum. 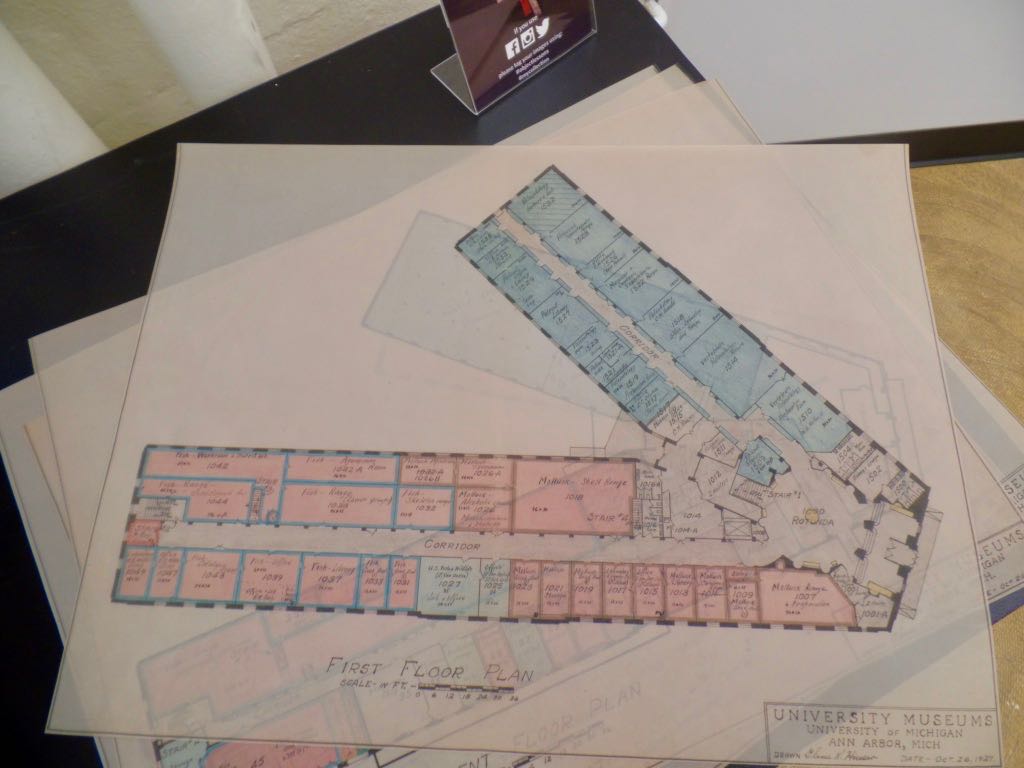 Transparencies showing the floor plan for the museum building, at least as it had been designed to be. Remember when every education-related building had signs that looked like this? 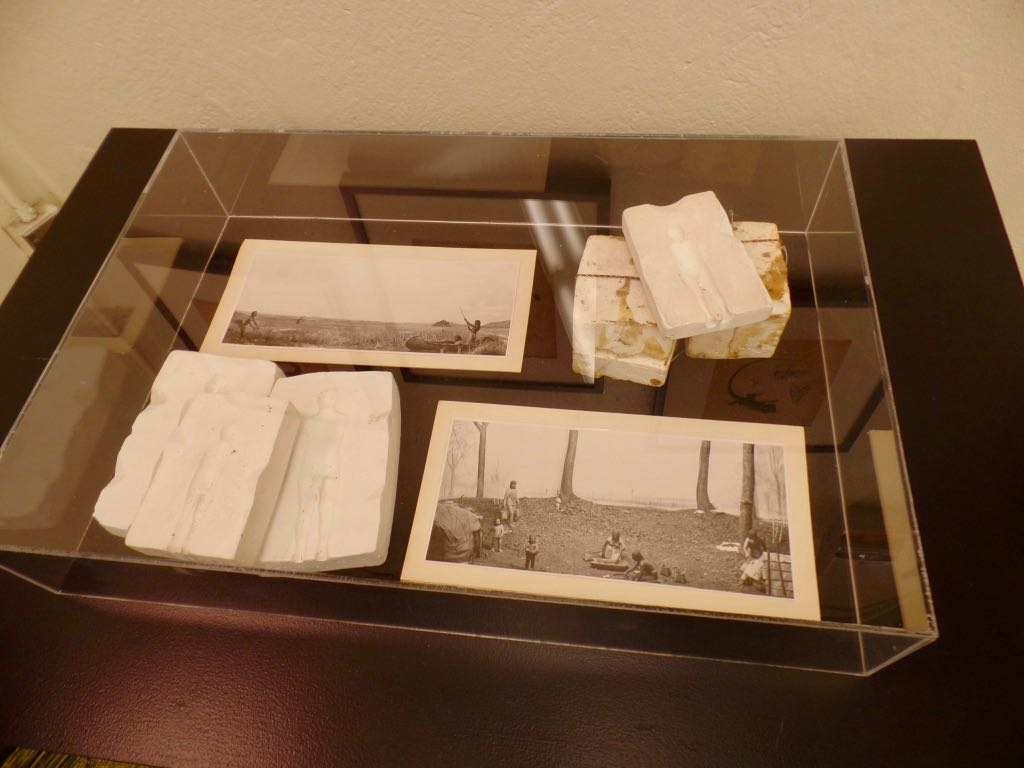 And some pictures showing off ... uh ... I'm no longer perfectly sure. Pictures of some dig site, at least. 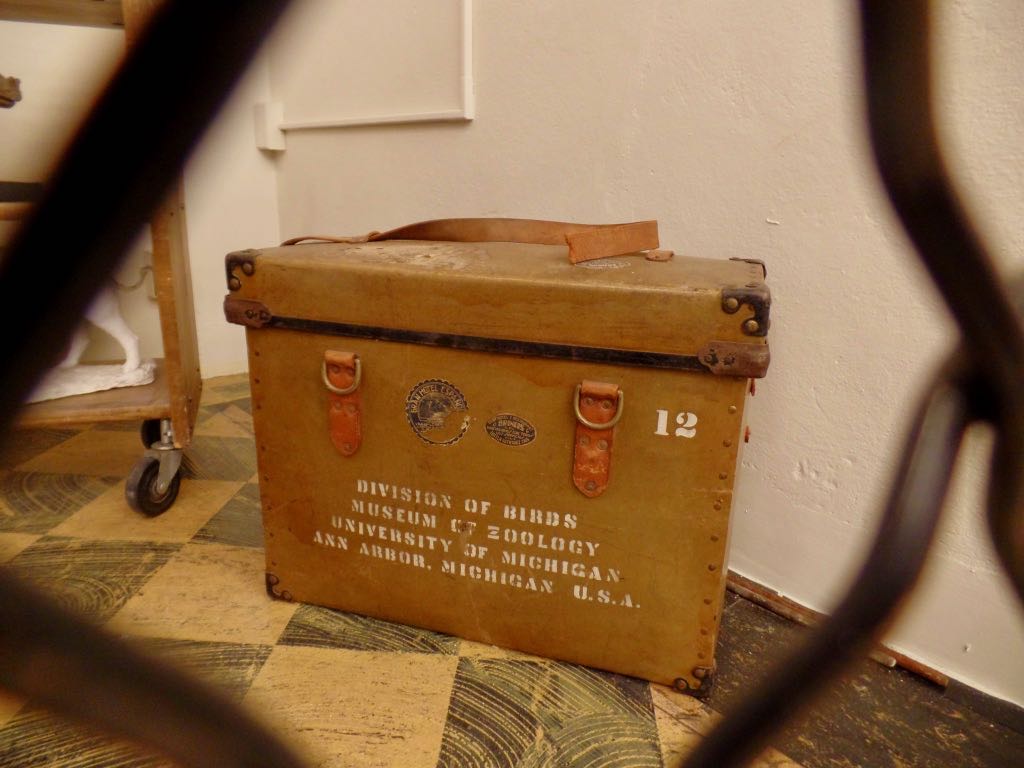 Specimen box that practically begs to be in a dopey, talky, and faintly racist jungle-expedition movie of the 1930s or early 40s. 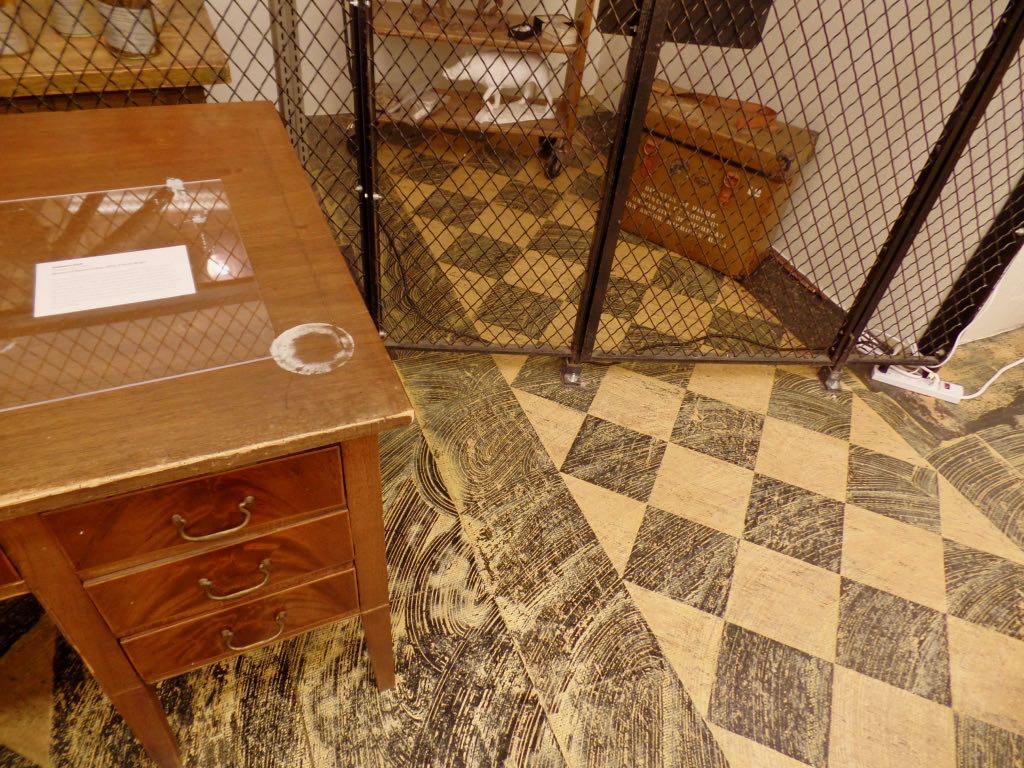 The desk was one used for a long while by someone still mentioned reverentially in the museum literature although I hadn't heard of the fellow, obviously. I'm amused by how well-set-in the stain is. And, well, it's a bit of a shame the floor tile was damaged so by being covered with another layer of floor, but it's easy to imagine what the original checkerboard pattern looked like and how fresh it must have looked at the time.