I need you by me, beside me, to guide me

Another full week on my humor blog. Parts of it have been getting easier as I've got, like, a Thing to do for Sundays, and for Tuesdays, and now I've got a weird little thread going for Wednesday too that promises to be short and simple and dumb little jokes I don't have to work hard at. Mind, the big Friday piece is still so hard to do. Anyway, here's what I'd done since last Friday:

And now a last look inside the Ruthven Museums Building. 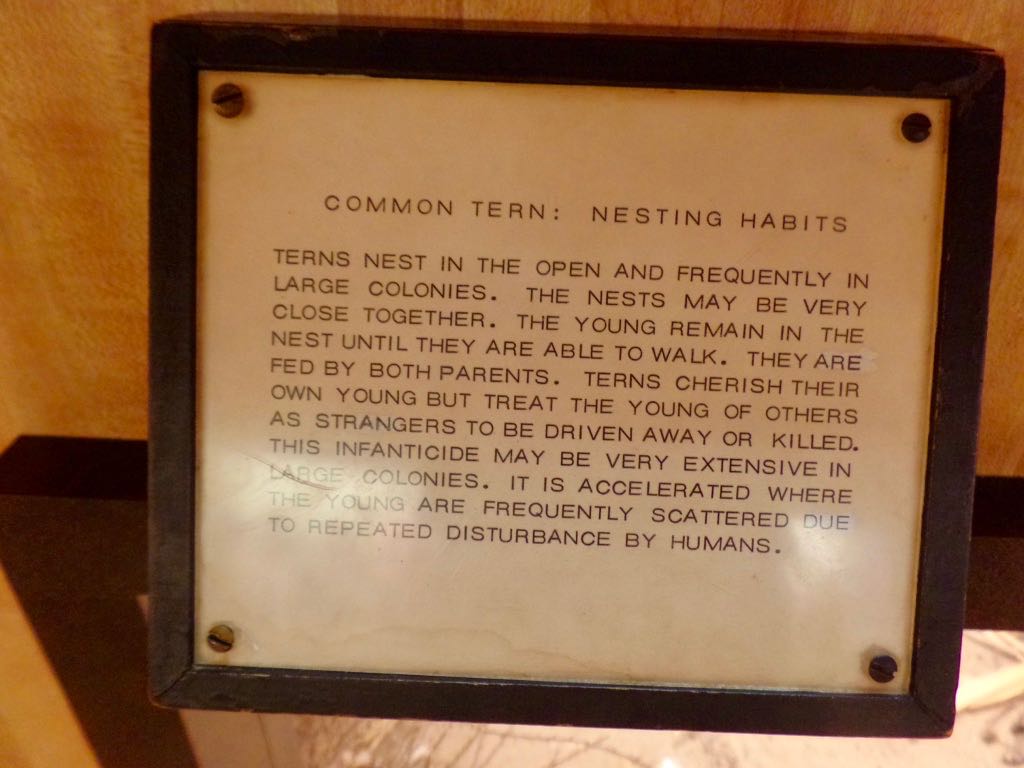 More of the natural-history museum signs. I imagine the dioramas and taxidermy figures made it to the new home. I can't imagine an old sign like this, with its delightful not-quite-perfect kerning and letters floating around the baseline like there's been some CSS catastrophe, making it, though. 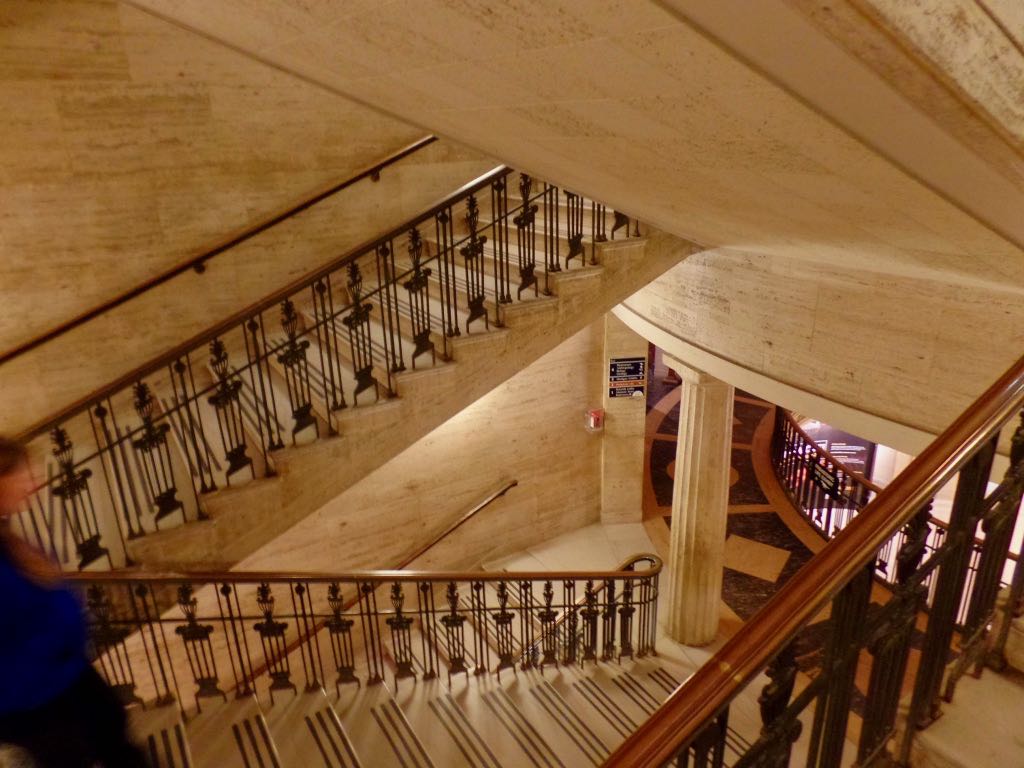 The stairways leading back down, and a view of the rotunda. We're getting near the end of the visit here. 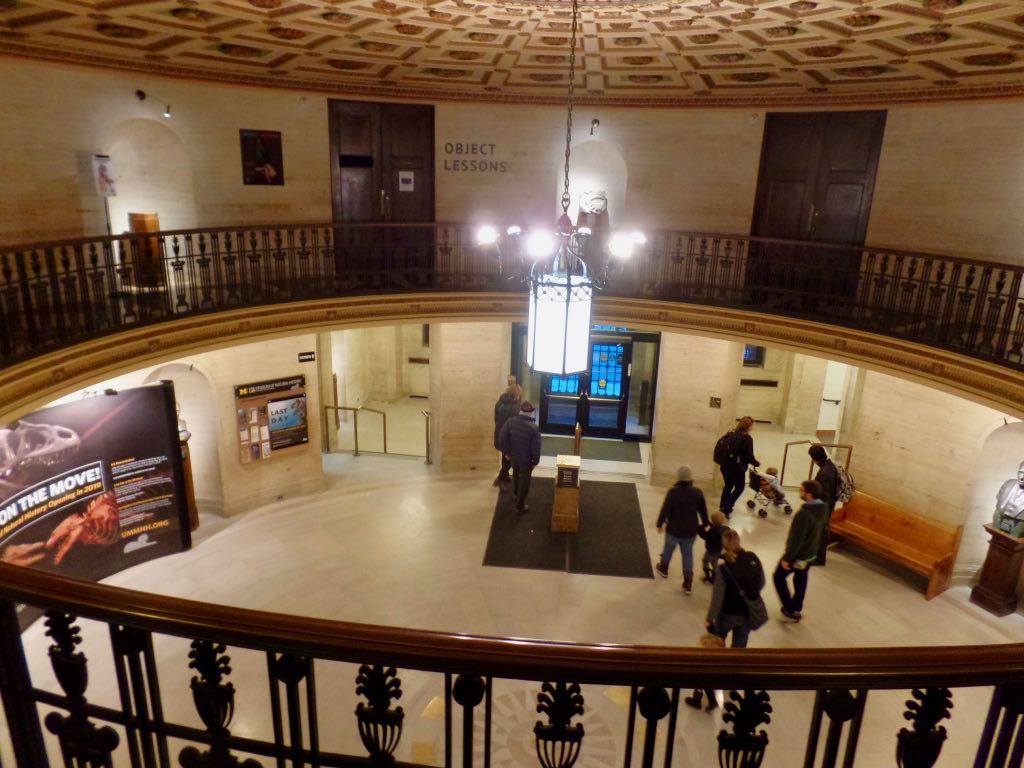 The rotunda, showing where Object Lessons -- already closed --- was, as well as the doors leading out. Note the posters on the left, bottom floor, advertising the impending move and the events scheduled for the final day. 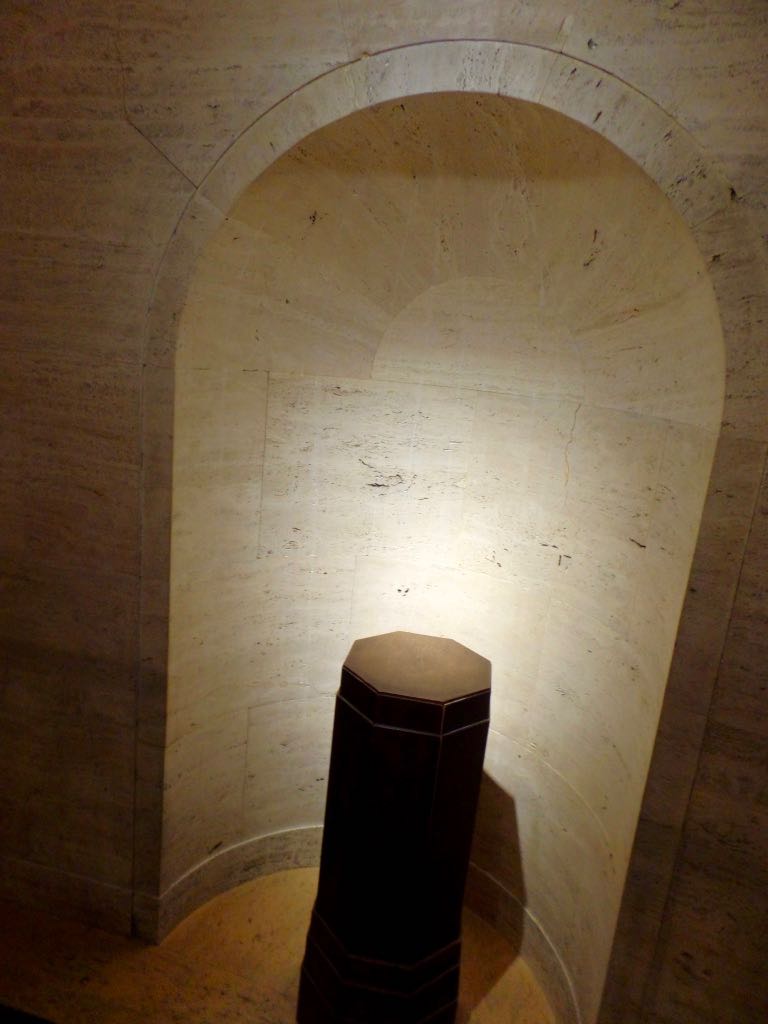 Goodness, they've already cleared Mister Ruthven's bust out! It's only been a couple minutes since we saw him last. (It's a different pedestal in this picture from the one before.) 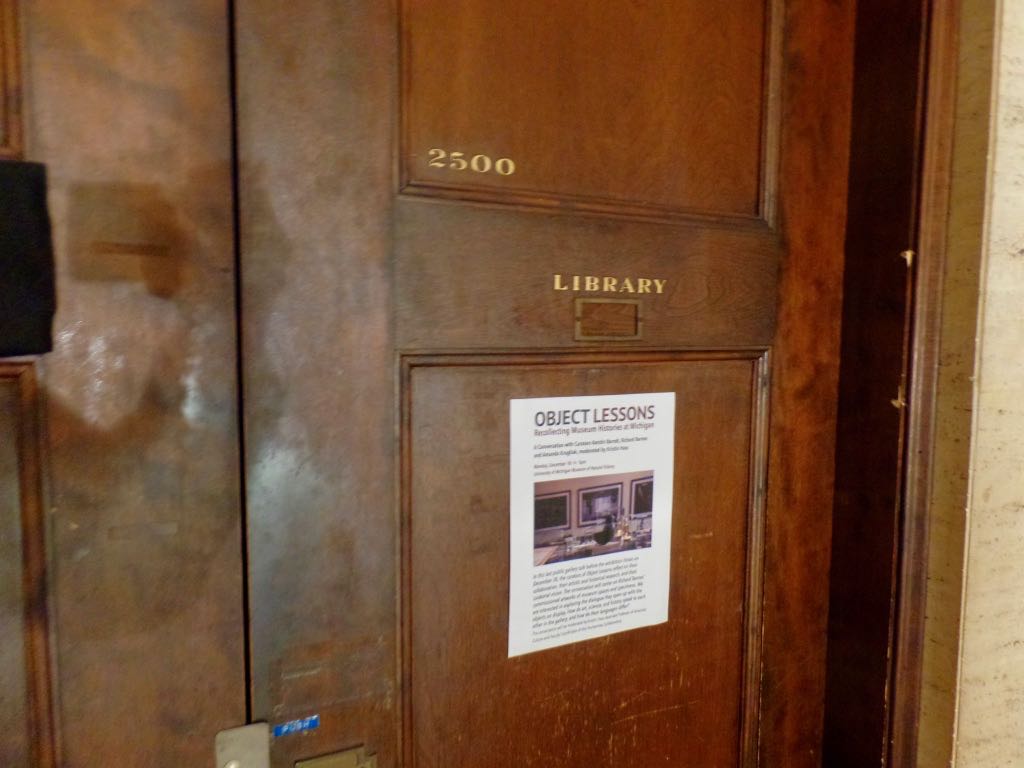 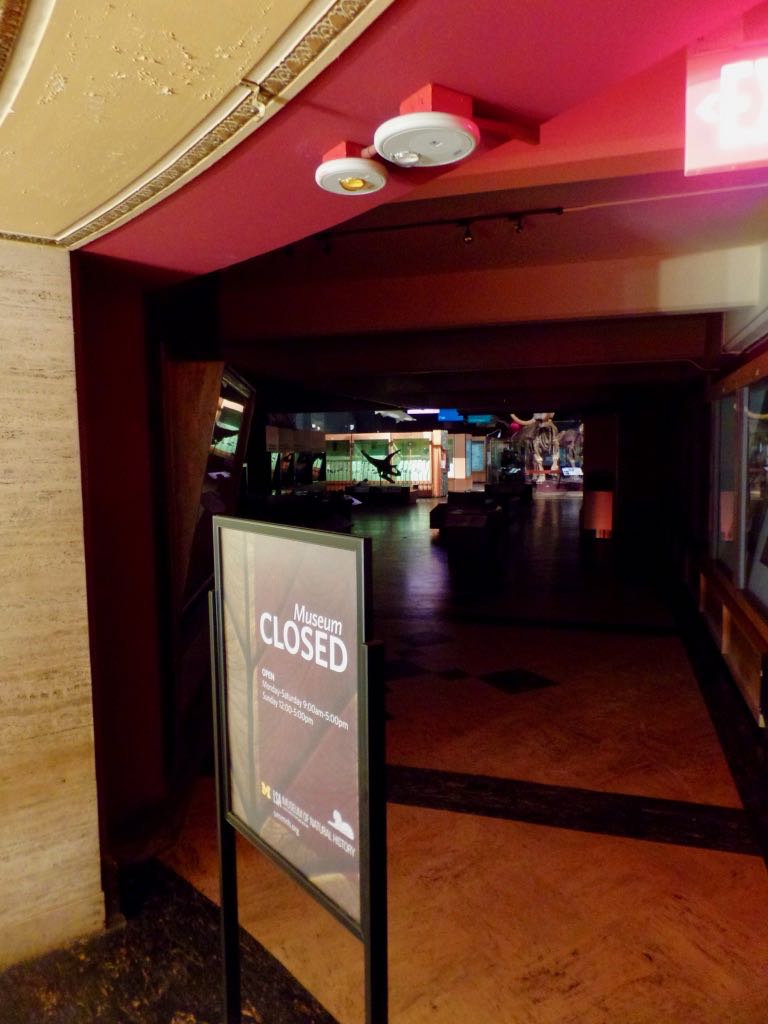 And it's done! Lights out in the first room, the one with all the displays and fighting words for squirrels and all that. 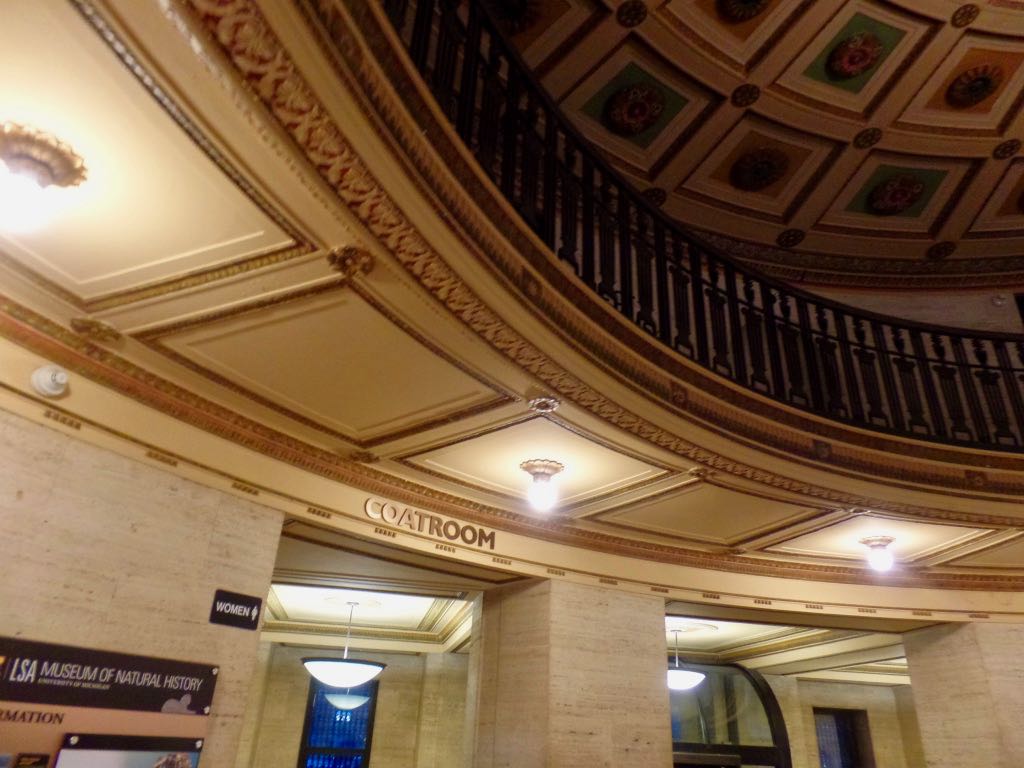 A glance at the ceilings, and to the coat room, which we did use to stow our coats while we visited. 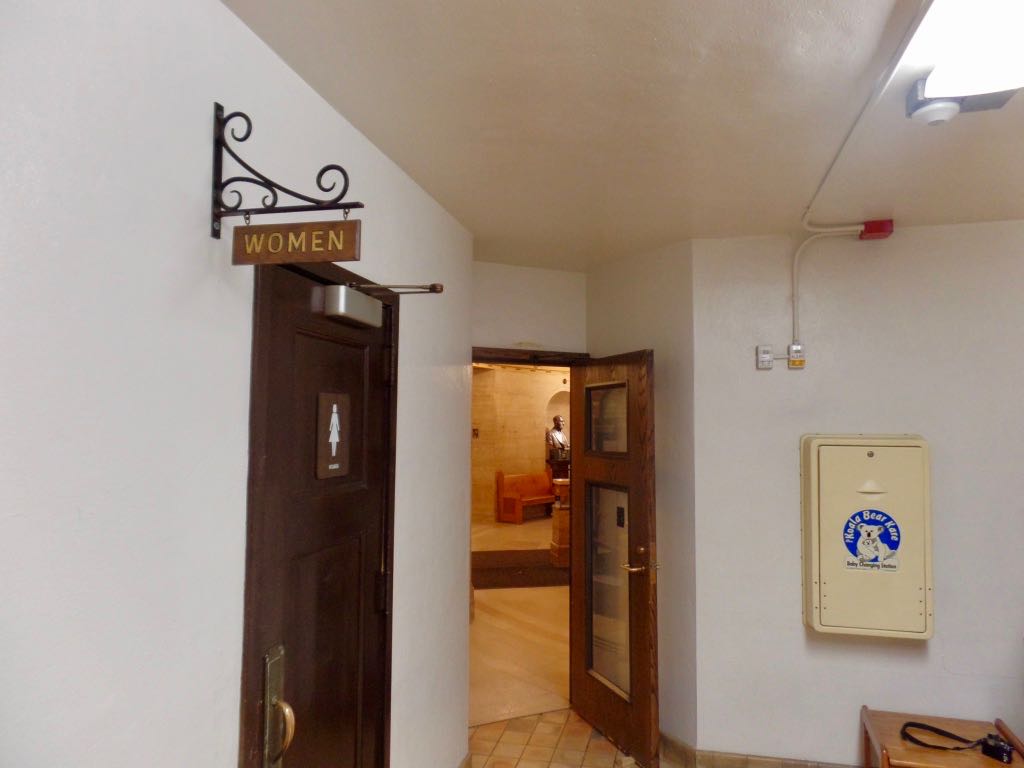 A look from inside the coat room back out, along with the old-fashioned dangling sign for the women's bathroom. I don't remember whether

bunny_hugger told me of the bathroom having a sitting room inside, but I'd imagine there would be. 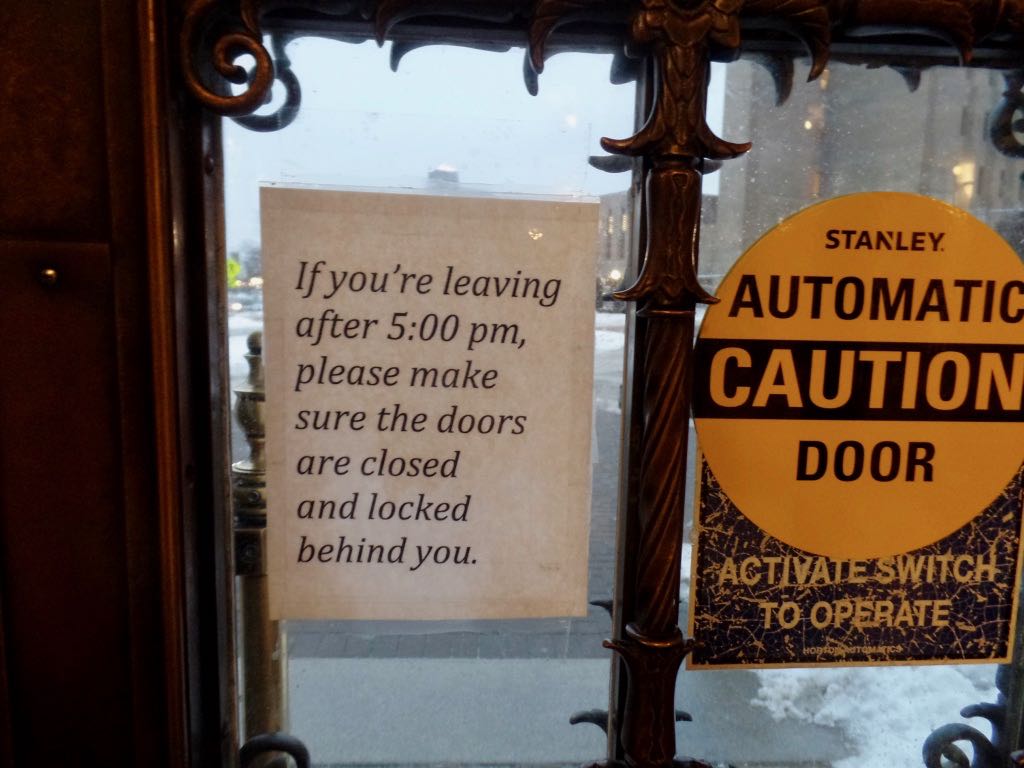 A cautionary word! Instructions for, I expect, staff. 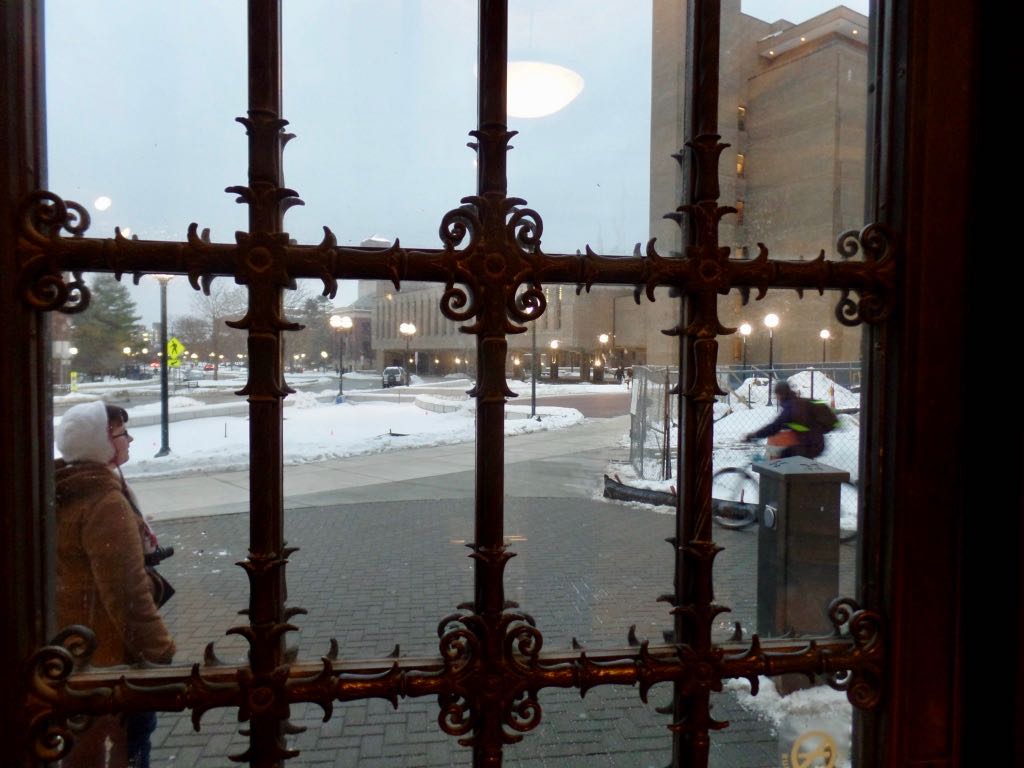 bunny_hugger having left the Ruthven Museum Building for the final time. 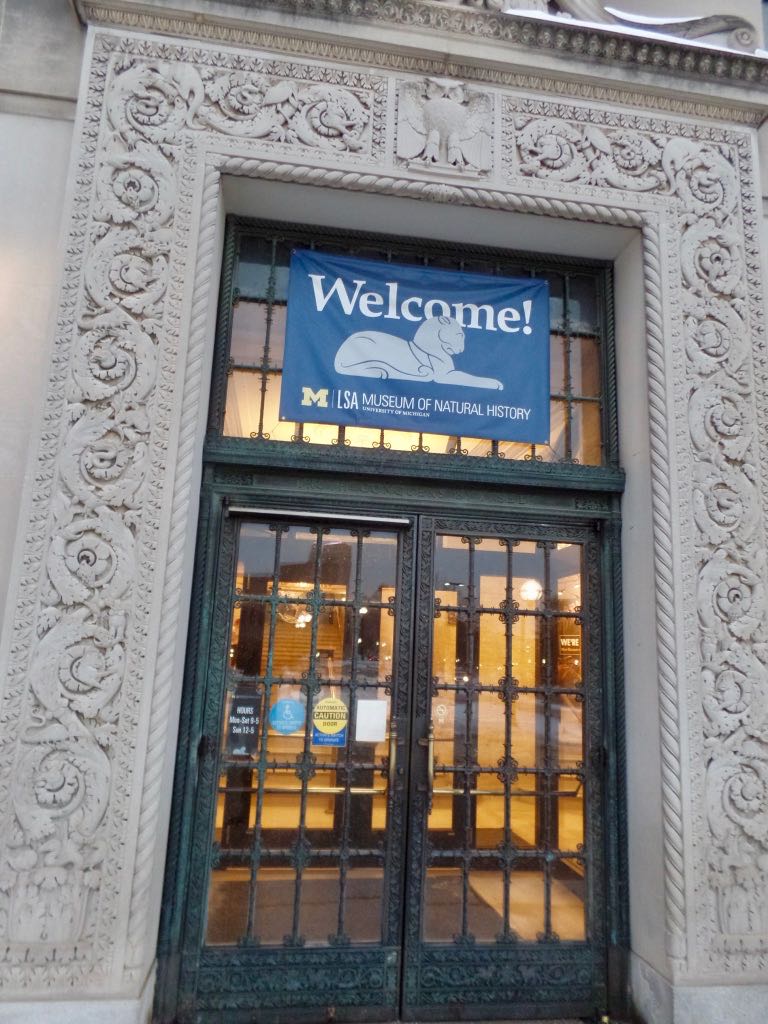 And a glance back on what we'd left, including the wonderful detailing around the front door. 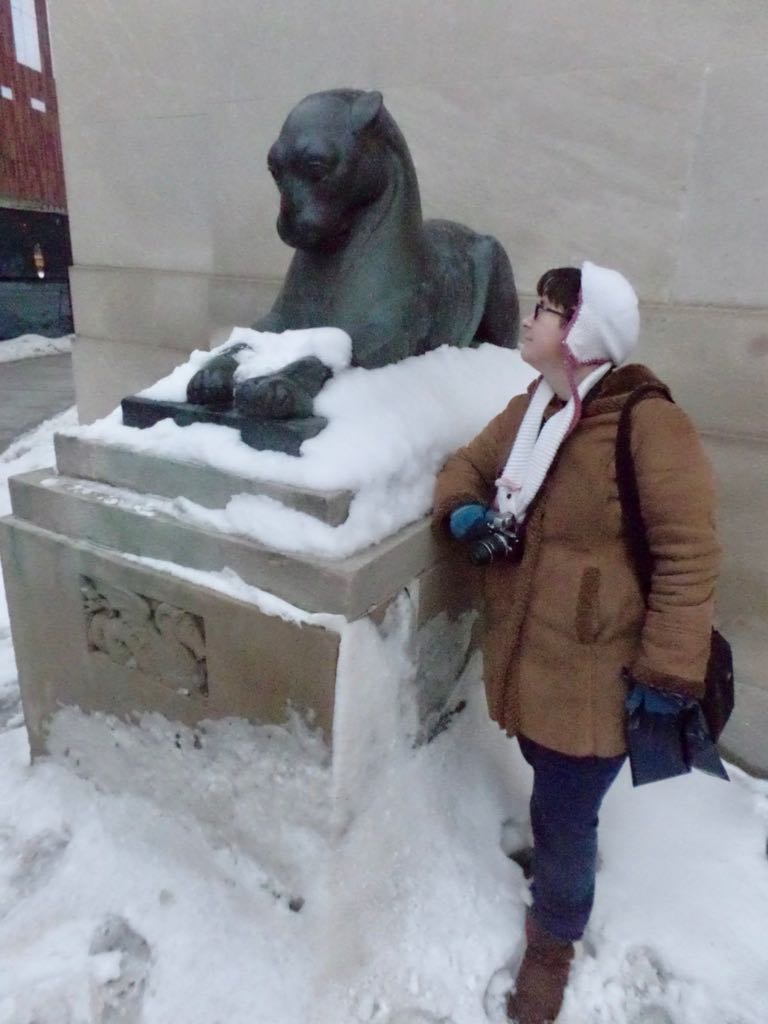 bunny_hugger posing with the puma sculpture. And also the evidence of weather. 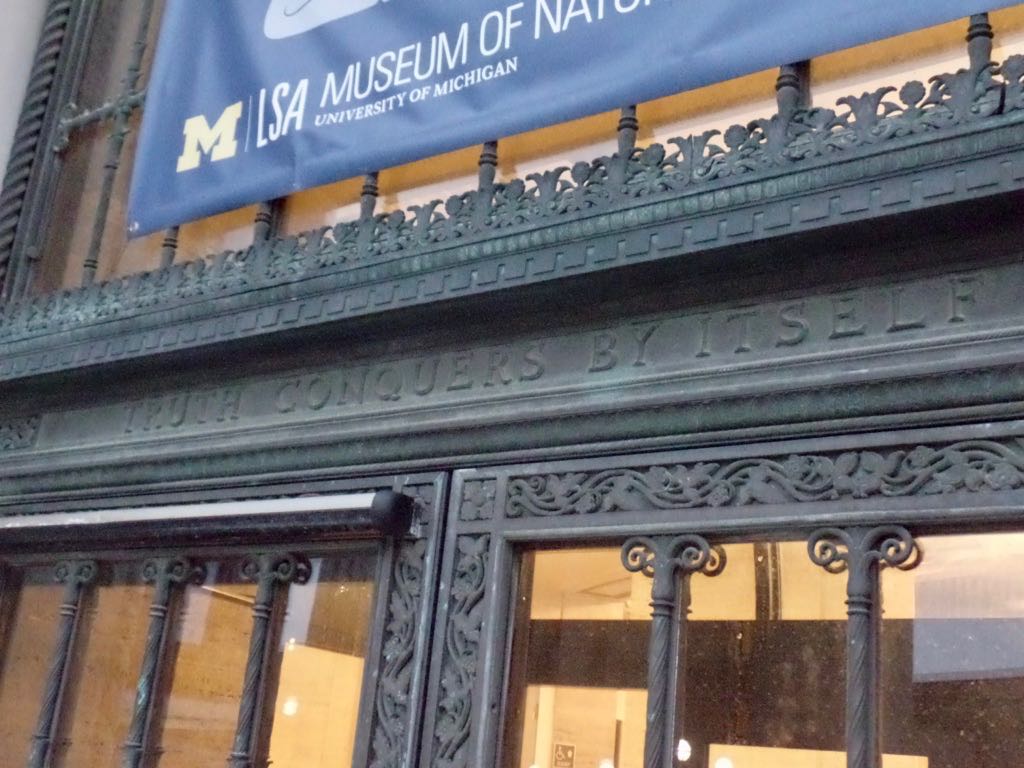 The optimistic declaration above the Ruthven Museums Building's door. Remember when we believed in truth being able to do a thing?

Trivia: Until shortly before its opening in 1874 the Cavendish Laboratory was to be named the Devonshire, for the Duke (and Cambridge University chancellor) who bankrolled its construction. Source: Faraday, Maxwell, and the Electromagnetic Field, Nancy Forbes, Basil Mahon. (The Duke's family name was Cavendish, and his great-uncle Henry Cavendish was a renowned scientist in his own right.)

PS: How April 2019 Treated My Mathematics Blog, which was, not good, but about what I deserved.