I avoided having a complete sleepwalk of a week, on my mathematics blog! Here's my content, new and reused.

And my story strip update: What's Going On In Gil Thorp? What's With The Hats, Hippo, and Secret Volleyball? February – May 2019. There is no secret volleyball. You just think there is because you weren't reading carefully enough. I fix that.

And now let me close out our Ann Arbor visit. From the Dawn Treader to ... not quite the State Theatre. Not anymore. Not exactly. 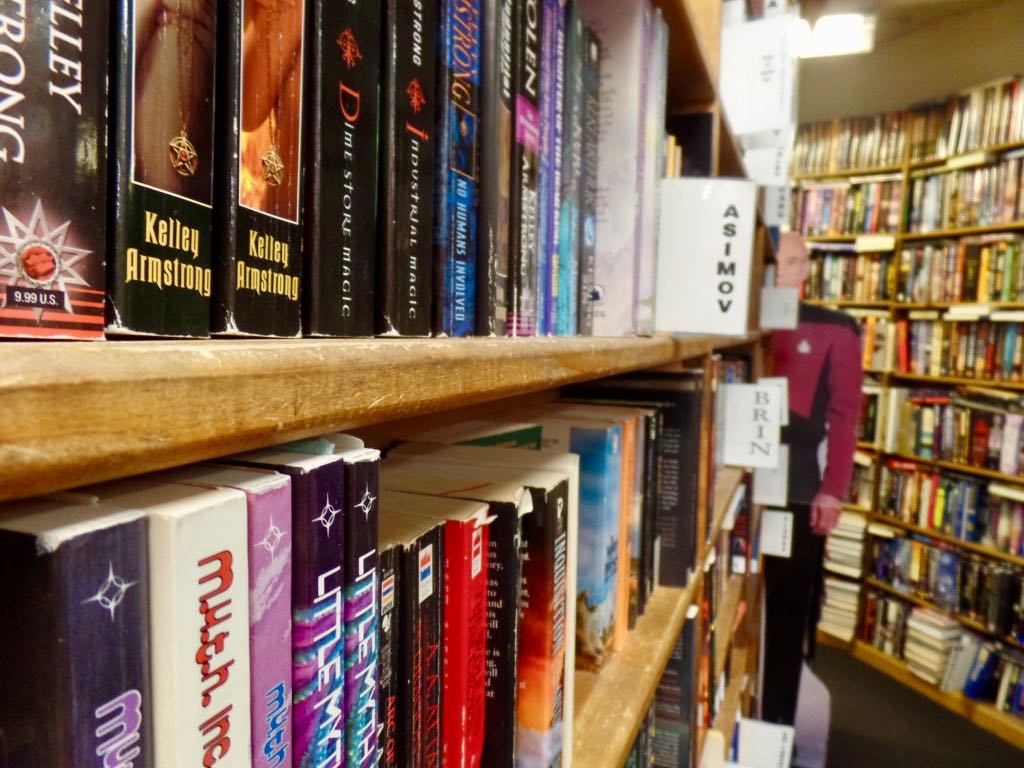 Hey, science fiction fans! Captain Picard is creeping on you! 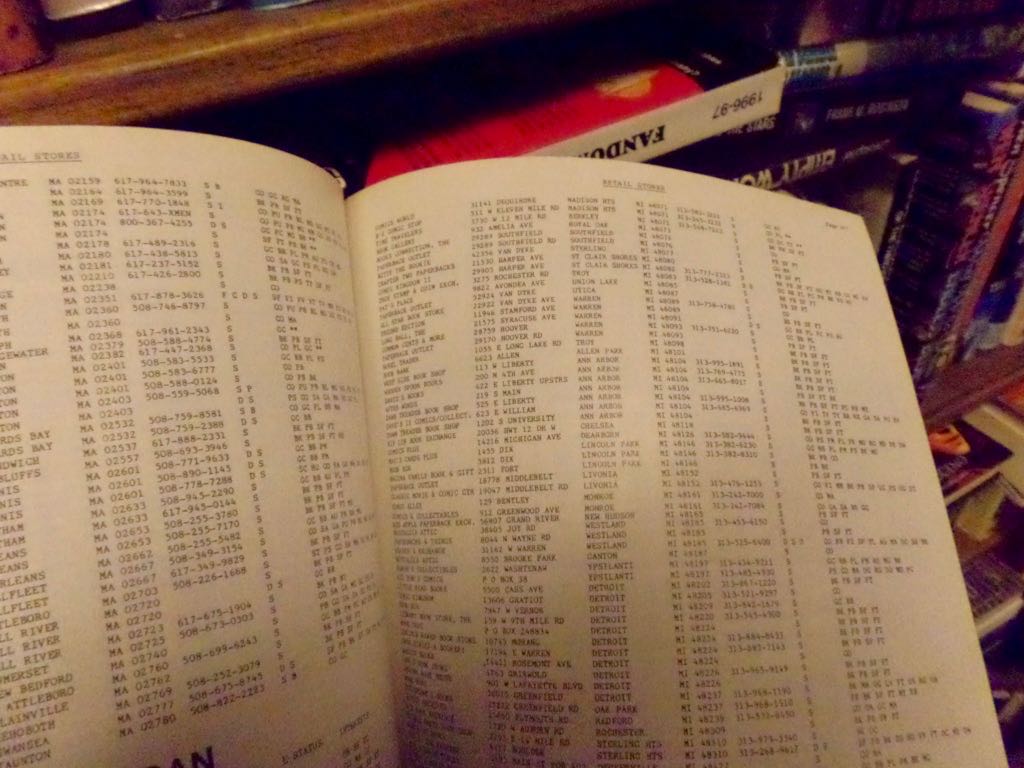 On the shelves was an early-90s directory of everything a science fiction fan would need, including stuff like locations of known used bookstores of North America. So here's the page that contains the listing for the Dawn Treader, as well as the other Dawn Treader location that used to be on South University too? We only knew of this one, at 525 East Liberty. 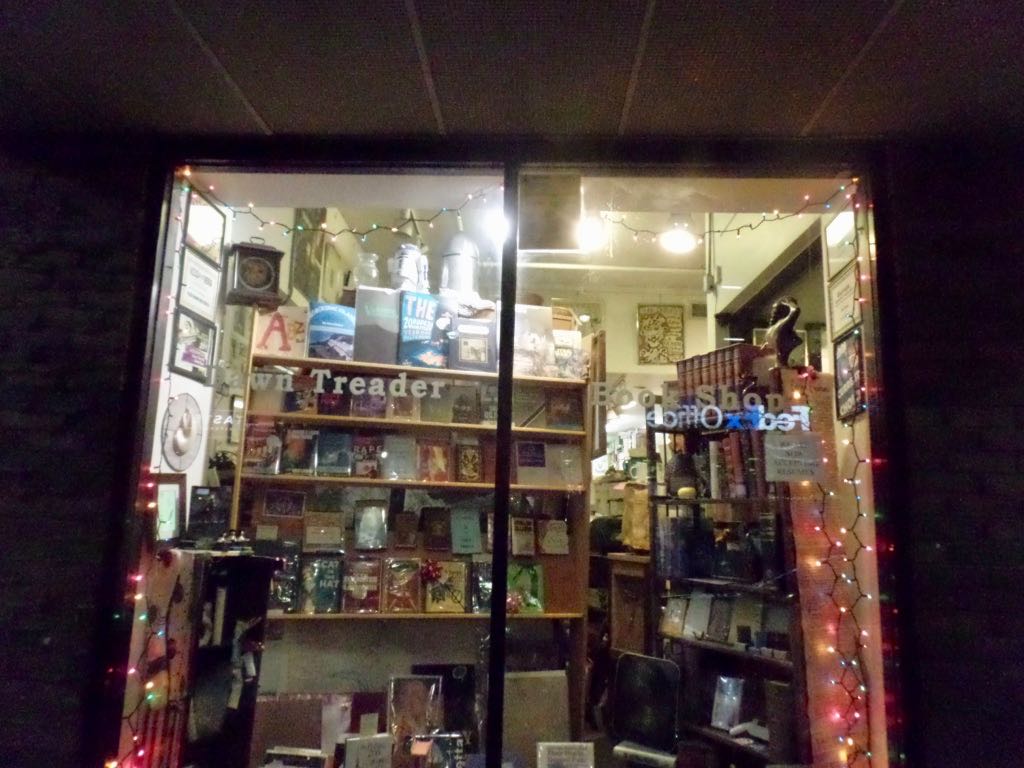 And the front window of the Dawn Treader, seen just past closing time. 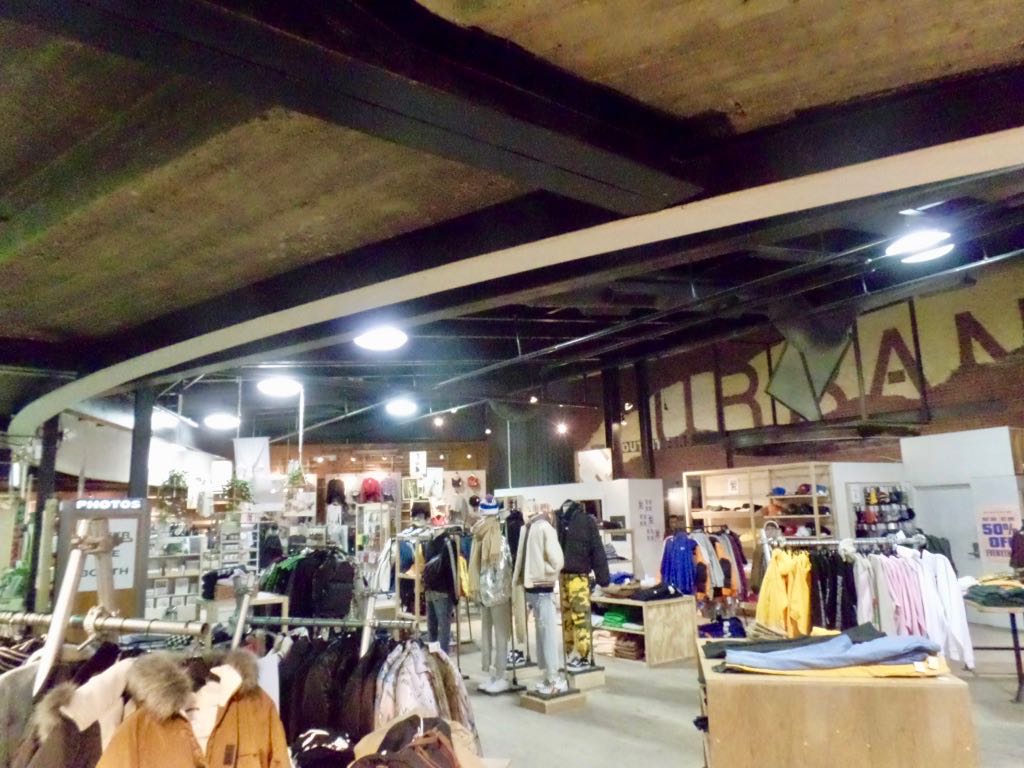 In the late 70s the State Theater was cut in half: the first floor was taken out and renovated into, now, an Urban Outfitters. The second floor, formerly the balcony alone, still shows pictures. The Urban Outfitters still shows the decades-old evidence of having been a theater, though, and here's a view 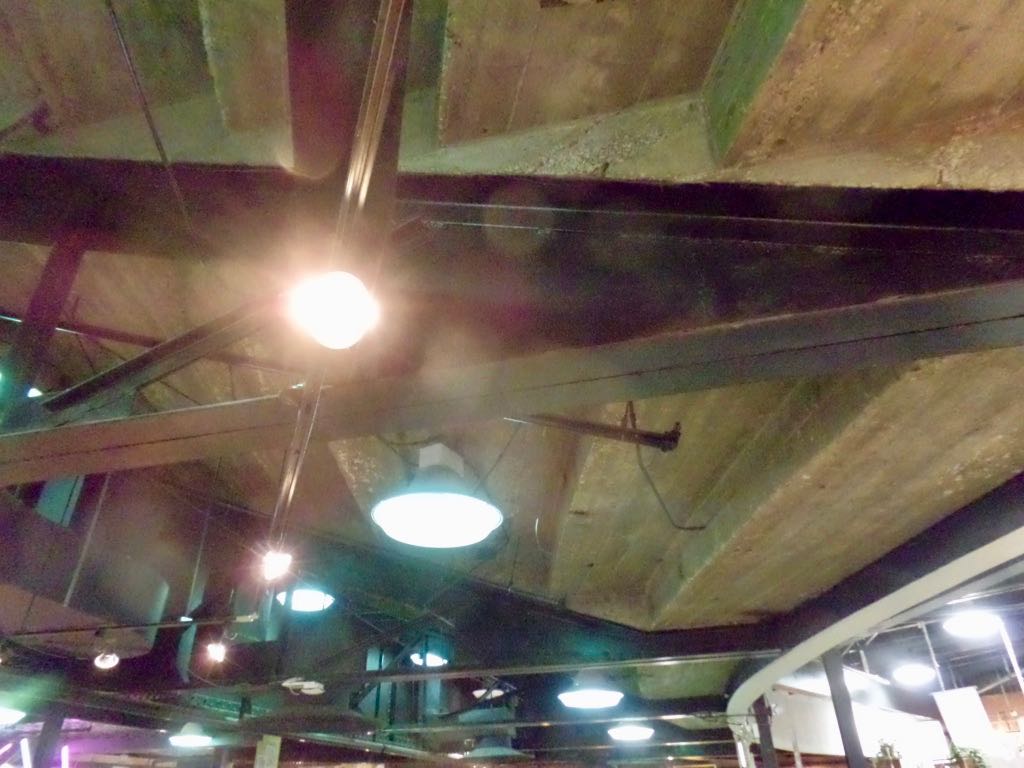 The ceiling line of the Urban Outfitters, making it obvious where the balcony rows were. 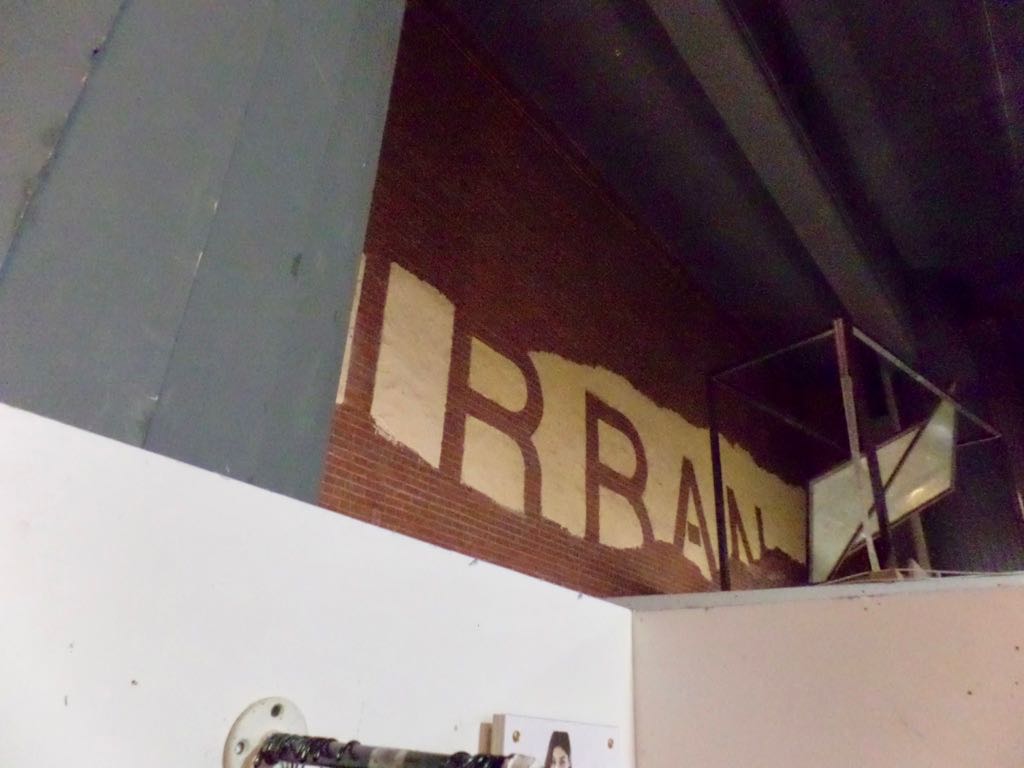 The back wall of the Urban Outfitters, where you can see the proscenium that used to house the main screen, when it was a good bit larger than what's there now. 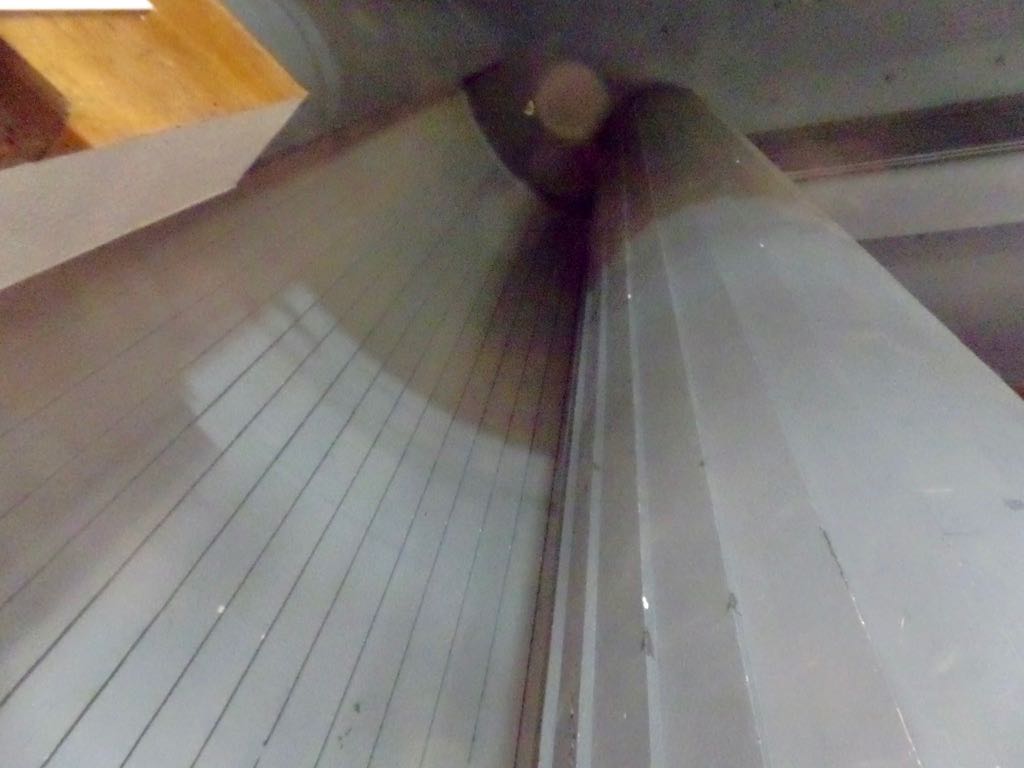 One of the columns of the old screen proscenium; it's hidden behind modern store stuff and doesn't draw much attention anymore. 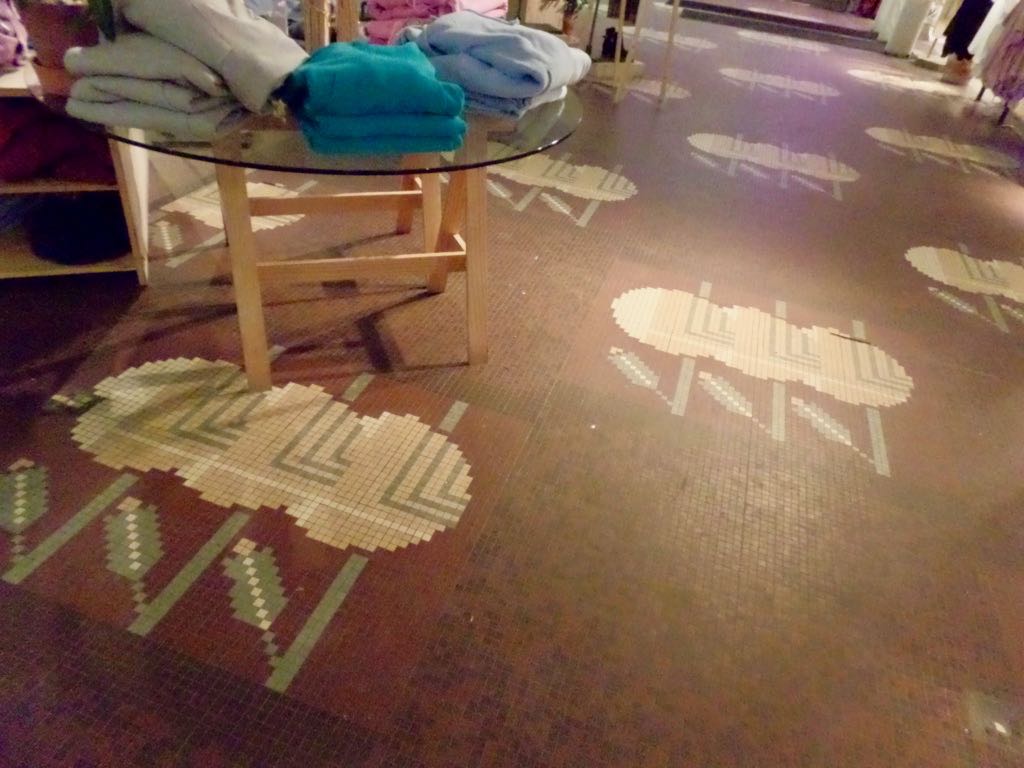 Floor tiling at the front of the Urban Outfitters in what clearly used to be the lobby of the State Theater. 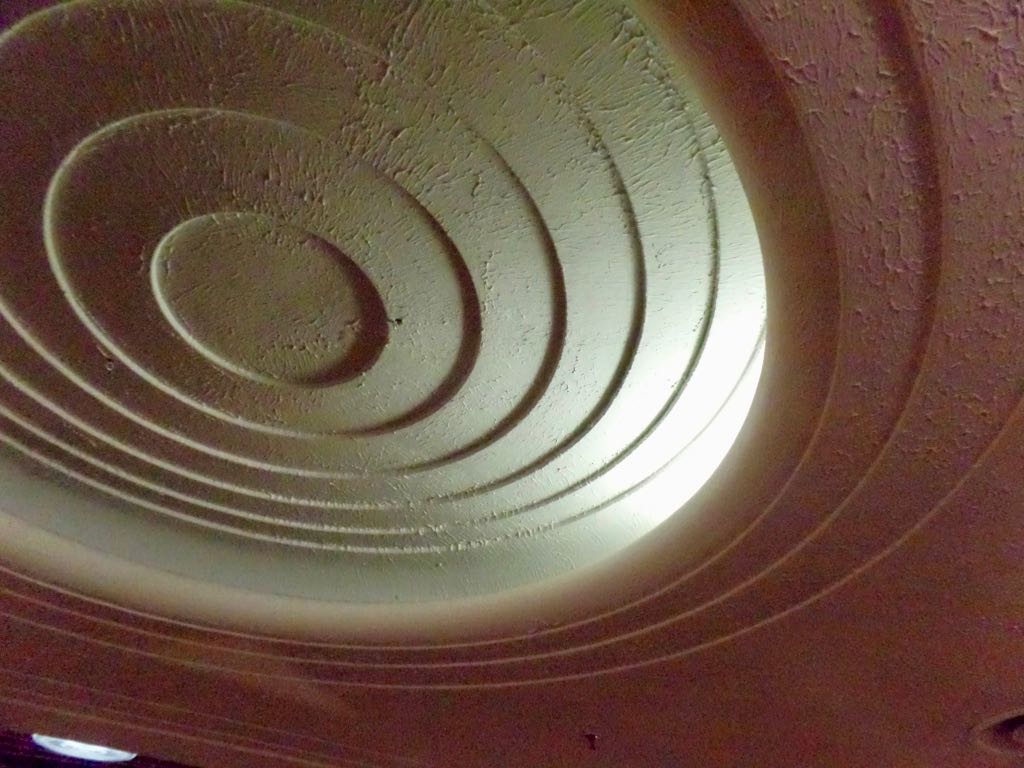 And the roof light from the former lobby of the theater. 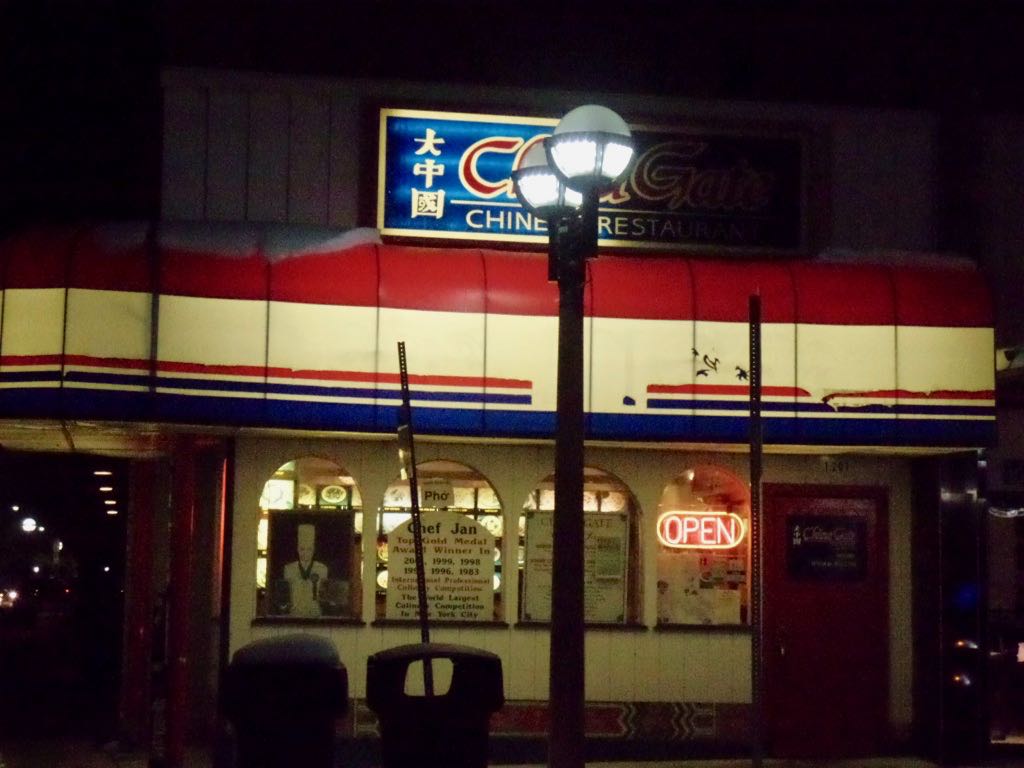 Back across the University's Diag: China Gate, a really good Chinese restaurant. Chef Jan, photographed in the windows, used to be a neighbor of

bunny_hugger's family. It's not clear when he last worked actively at China Gate, but the food is still really top-notch. Worth a visit if you're in Ann Arbor, a place that admittedly is not short of restaurants, as it's in the stage of gentrification where everything is being replaced with a hipster restaurant or a bar with a concept. 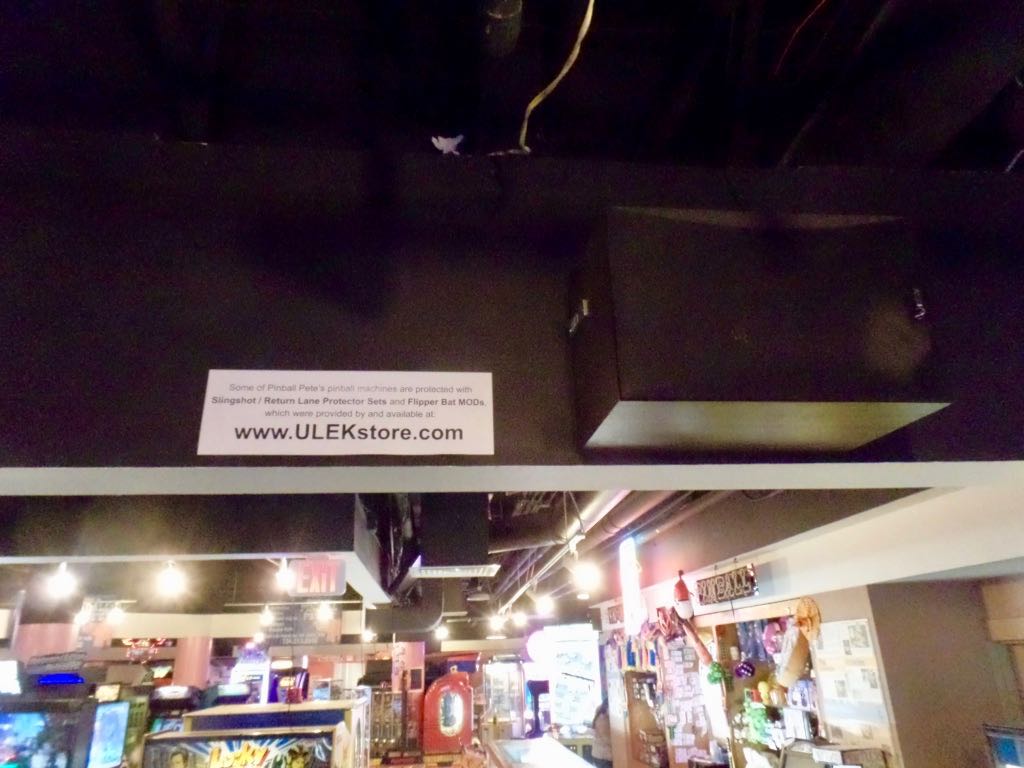 Walking down into Pinball Pete's Ann Arbor, their larger but not-first location. And I liked the warning bumper sticker that just reassures us how the pinball machines have some bling from this parts supplier.

Trivia: Clarence Saunders refused to explain the name of his Piggly Wiggly supermarket beyond the fact that it made people ask why he named it that. Source: Grocery: The Buying and Selling of Food in America, Michael Ruhlman.

In 1837, the first commuter [ railroad ] line was installed from Le Pecq, some 11 miles (18 km) west of Paris, and on the way stopped at the edge of the forest of Le Vésinet. This forest had been previously identified by Napoleon III as an ideal location for a convalescent hospital for wounded soldiers and public works employees injured in the building of Haussmann's Paris, if linked to Paris by the railroad.