When you get hip to this kindly tip

So not two days after the vet visit I destroyed Sunshine's last bit of trust in me, by picking her up, to a growl, and putting her in the pet carrier again. This time to go back to

bunny_hugger's parents' house, there to spend the night before Easter.

bunny_hugger and I were going to stay over with her, to spend the holiday weekend with them.

Our objectives for the weekend were easy. We'd decorate eggs, which we did on Sunday. My WordPress blog post about which Paas color tablet produced the pink dye promised to be useful except that they changed the instructions. Pink had been the exception to the rule about adding vinegar to make the dye, and now, there aren't any exceptions. You can treat all the dyes the same. And we ended up arguing about whether the suspected pink really was, too. Plus one of the shrink-wrap covers for the eggs tore, and turned into a crumpled bit of plastic instead of a tight-wrapped egg. Hm.

Our other objective was to make another try at the Mice and Mystics: Downwood Tales expansion. We've been trying the first chapter repeatedly, ever since Christmas, I think.

bunny_hugger set it up after dinner Saturday night and we ventured forth and almost immediately lost. But we lost fast enough that it was worth the time to re-set and re-try. We've been very slowly learning better strategy for the game, including the ever-important lesson not to hoard precious items like spells which solve a problem. Which you have to re-learn in every RPG, but, so be it.

I thought we were doomed when we reached a point that we had to cross a river and found, thanks to an environment rule on the card, that the river was impassable. Then we understood this was why there was an alternate path, that forced us to backtrack some, but avoided the problem. Still, we got to the final room with very little margin. I was emotionally prepared for the night to end in failure, and treated the battle as one for experience. And then, well, there we went and succeeded, in a dice roll lucky enough that

bunny_hugger's father didn't understand what happened. Feels great to make a breakthrough like that.

Easter weekend had been when we'd check up on the letterbox planted in Victory Park, across the river from her parents' house. But the box was destroyed last year --- we found a bit of plastic from it --- and we haven't replaced it. Still,

bunny_hugger and I took a walk to the park, and walked across its whole length, something we'd not done before. This let us discover some things we'd never seen. One was a historical marker noting where the river used to fork, which seems like it's just where the river still forks. We might be missing something here. Another is a ``beach'': an actual bit of sandy beach set up by a pool big enough to swim in, and set up by a building that looks like it should have a concession stand, but which had boards nailed across the doors facing the pond. The doors opposite the pond were unobstructed. Turns out they put the beach in just a couple years ago, and we hadn't had reason to walk that far down into the park. You'd think this would inspire us to find new spots for a replanted letterbox, but one of these newly-discovered places are good for hiding one.

As a bit of pastime, and to help her exercise more,

bunny_hugger has signed up for a ``virtual race'' along Route 66. This works by she walks a course, and the distance she walks, and time she takes, gets mapped onto a (segment of) Route 66. Part of why she did this walk through Victory Park was to add a mile and a half to her progress through this chunk of California. In slightly over a half-hour, slowed down by my photograph-taking and our trying to understand the concessions(?) building, her virtual-race icon moved from one vast, empty, featureless patch of southern California desert to another vast, empty, featureless patch of southern California desert. But she's making quite good time on this project.

Trivia: In July 1863 the Richmond and Petersburg railraod was able to carry 2,283 bushels of corn to the Confederate capital. By January 1864 it carried under five hundred. Source: The Railroads of the Confederacy, Richard C Black III.

Currently Reading: The Secrets of Alchemy, Lawrence M Principe. It's pretty cool that he apparently went through and tried to actually do alchemical recipes, as best he could make them out, and I do like a historian who's so sympathetic to how people back then thought something we now find foolish had good reasons, because it matched what they could see happening around them.

PS: Reading the Comics, May 4, 2019: Wednesday Looks A Lot Like Tuesday Edition, because I published this later than I really wanted.

PPS: Keeping Christmas with you, as we went for a walk around town. 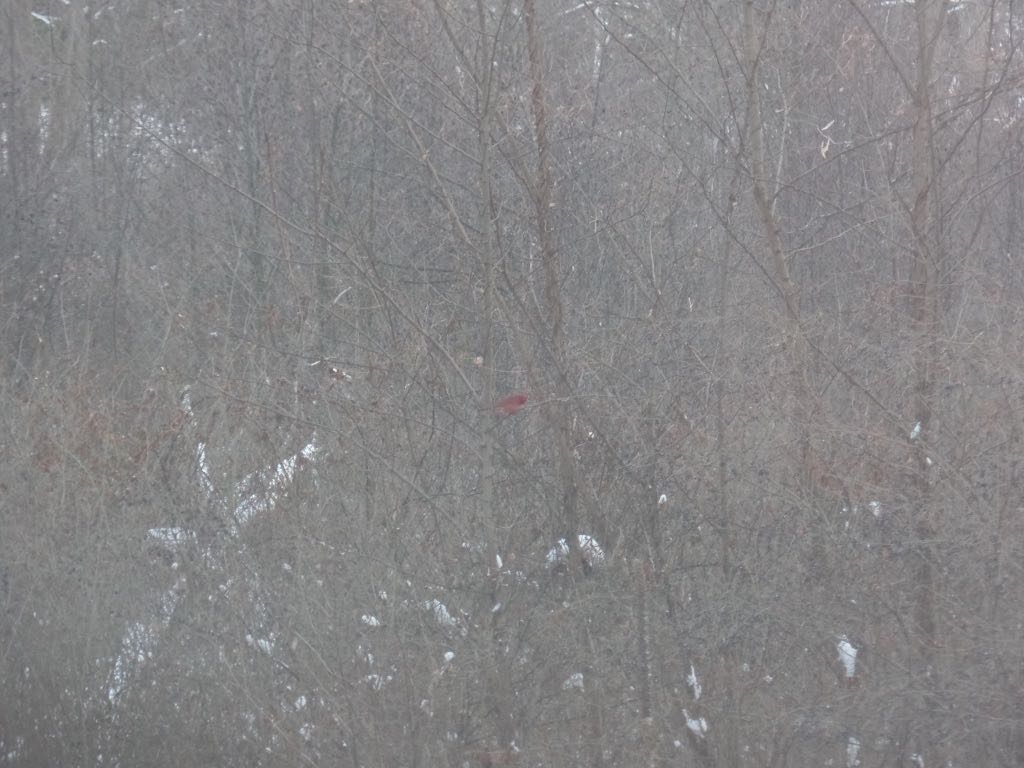 The colors of winter: a cardinal perches amongst the bare, snow-covered tree branches. Also the art for my album of Harry Nilsson covers. 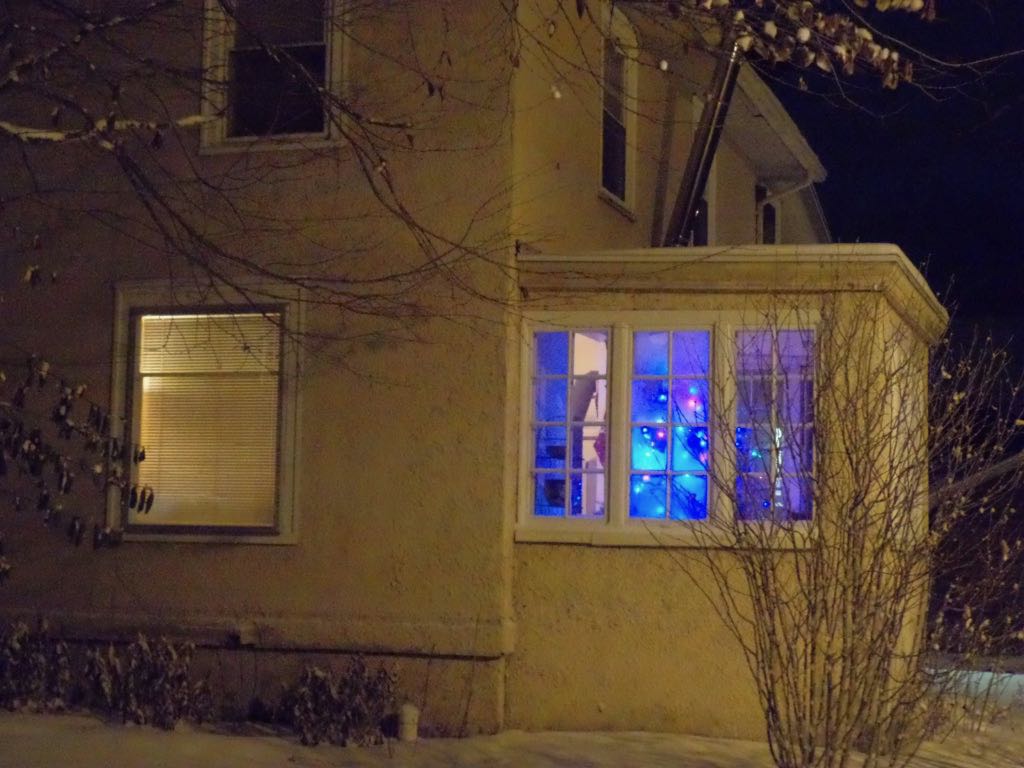 bunny_hugger's parents' Christmas tree, and sun room. You can also see the chimney of the new fireplace. 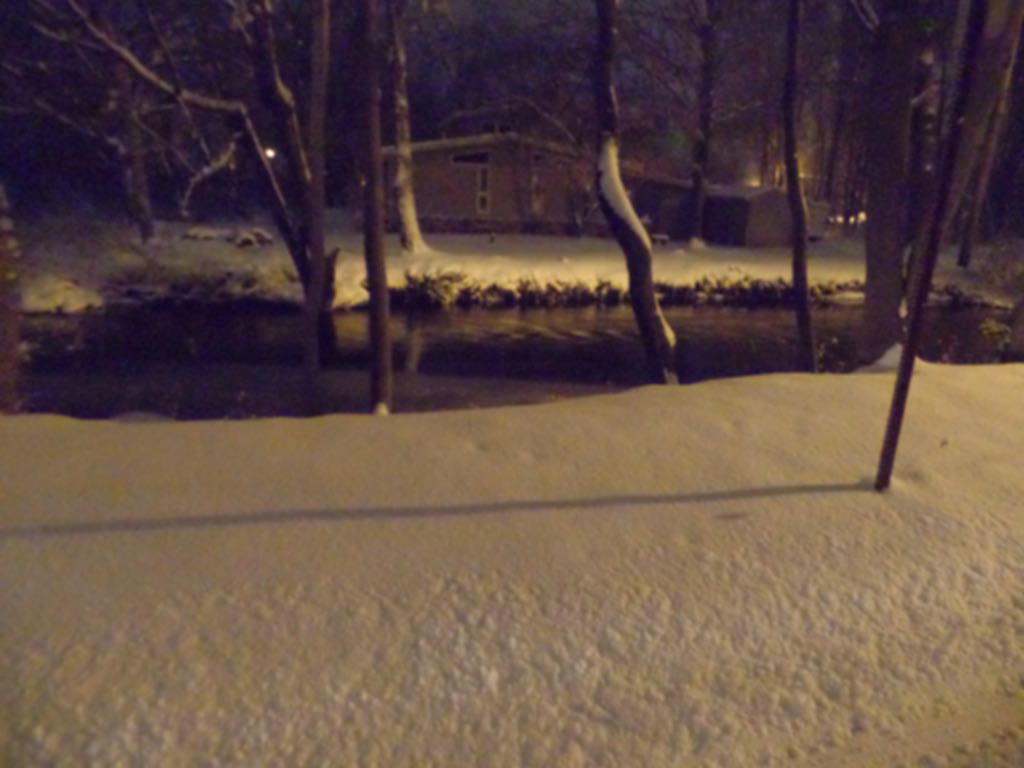 The river, which runs opposite the street from their house, blurrily visible in the night. In eight months I discovered my camera has a low-light mode.