On my mathematics blog I finally followed up that decent question asked last month with a two-thousand-word answer, which, one commenter pointed out, was the same answer they'd given right away. Well, fair enough, but I assumed less familiarity with the concepts involved and laid out the concepts involved. So there's that. Here's what I've been writing, mathematically:

And for the story comics: What's Going On In Judge Parker? Why did Judge Parker help fake Norton's Death? A Special Report. about part of the backstory that's driving the current storyline despite having been, actually, quite unclearly presented at the time. The actual recapping of storyline I have scheduled to appear tomorrow.

Now let's get back to Crossroads Village for Christmas '017. We were still on the train ride as of yesterday. Today? 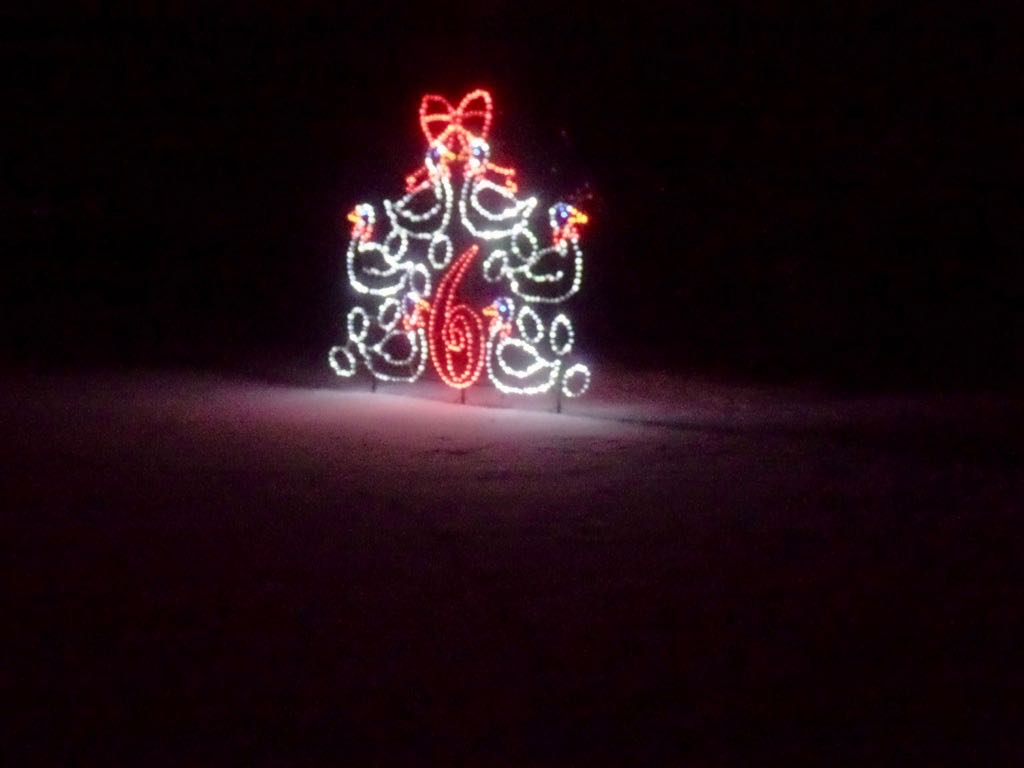 More of the Twelve Days of Christmas lights. Here, six geese a-laying. There's displays all around this big loop, left and right side, and the train only takes the loop once so if you're on the wrong side good luck seeing things clearly. 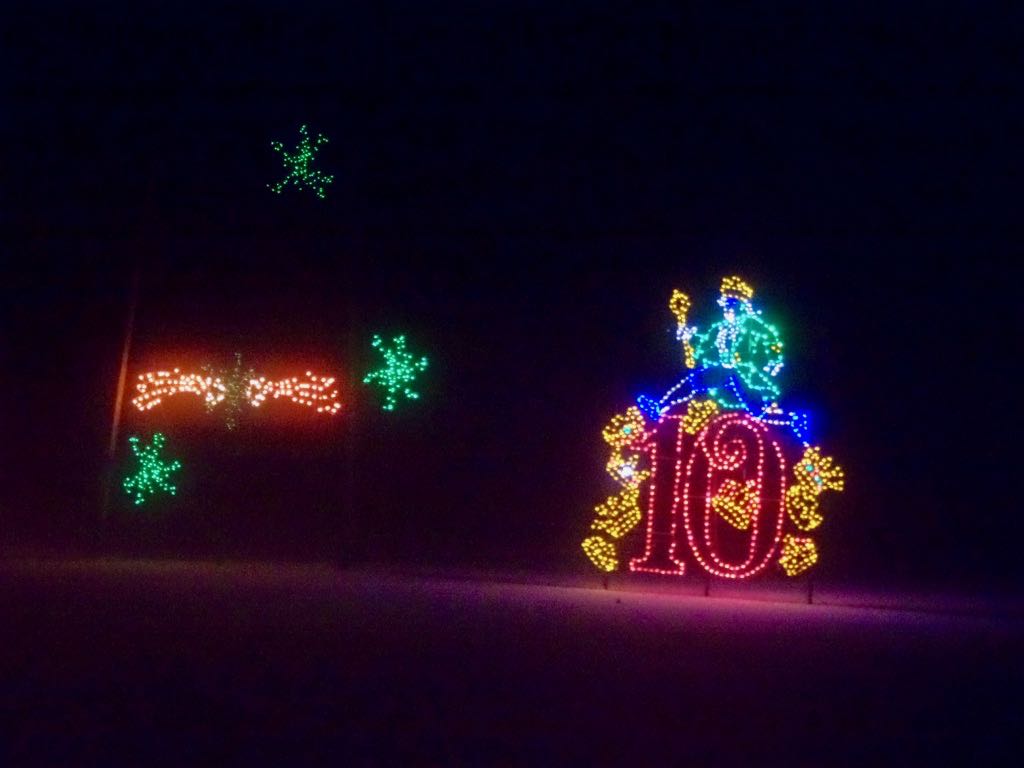 The ten lords-a-leaping, represented in lights with the one lord and quite a few crowns. 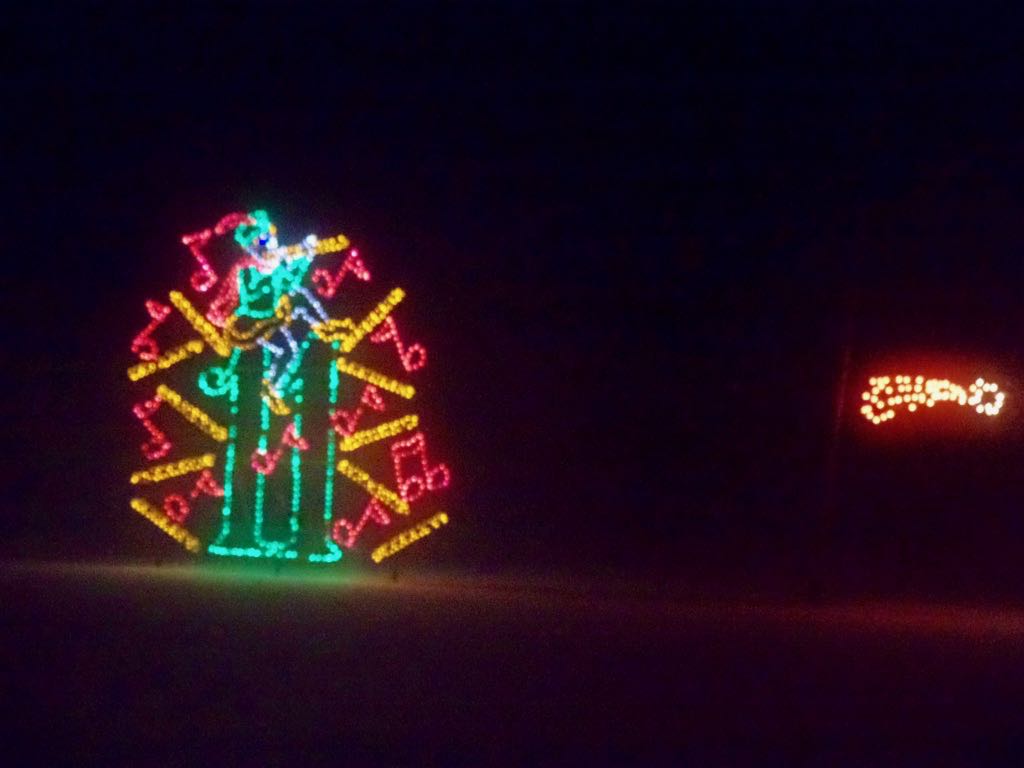 Similarly only one figure, with a lot of pipes, stands in for the eleven pipers piping. Fortunately he has the leg length of eleven. 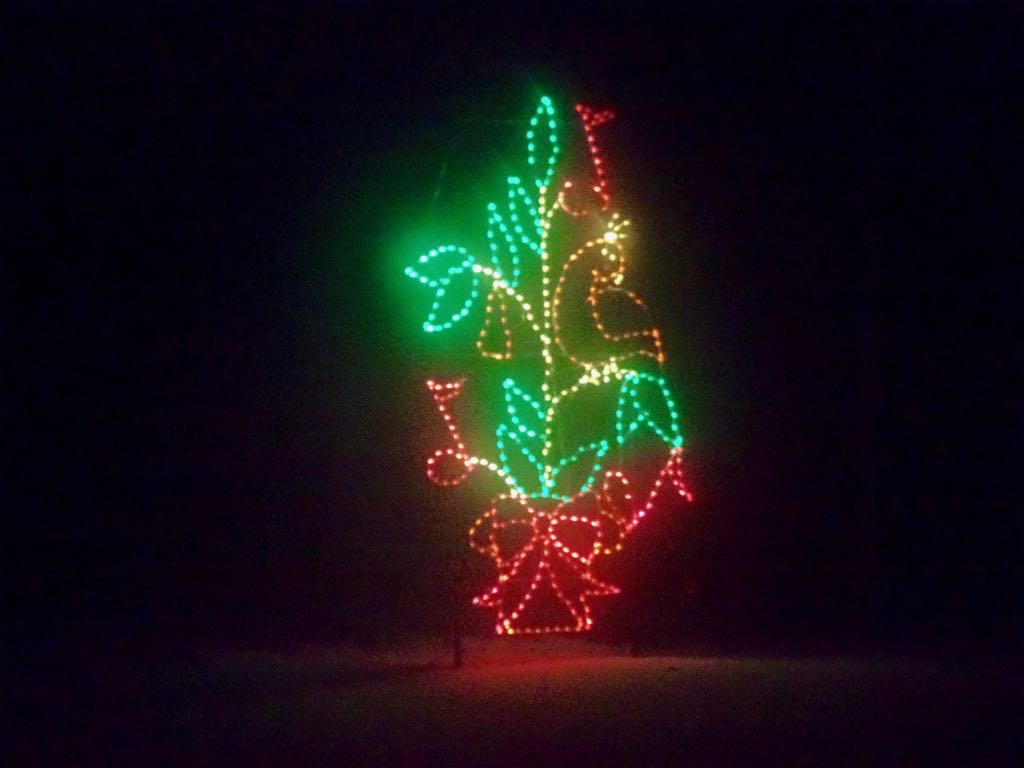 And back near the start of the turnaround we pass again the lone partridge in a pear tree. 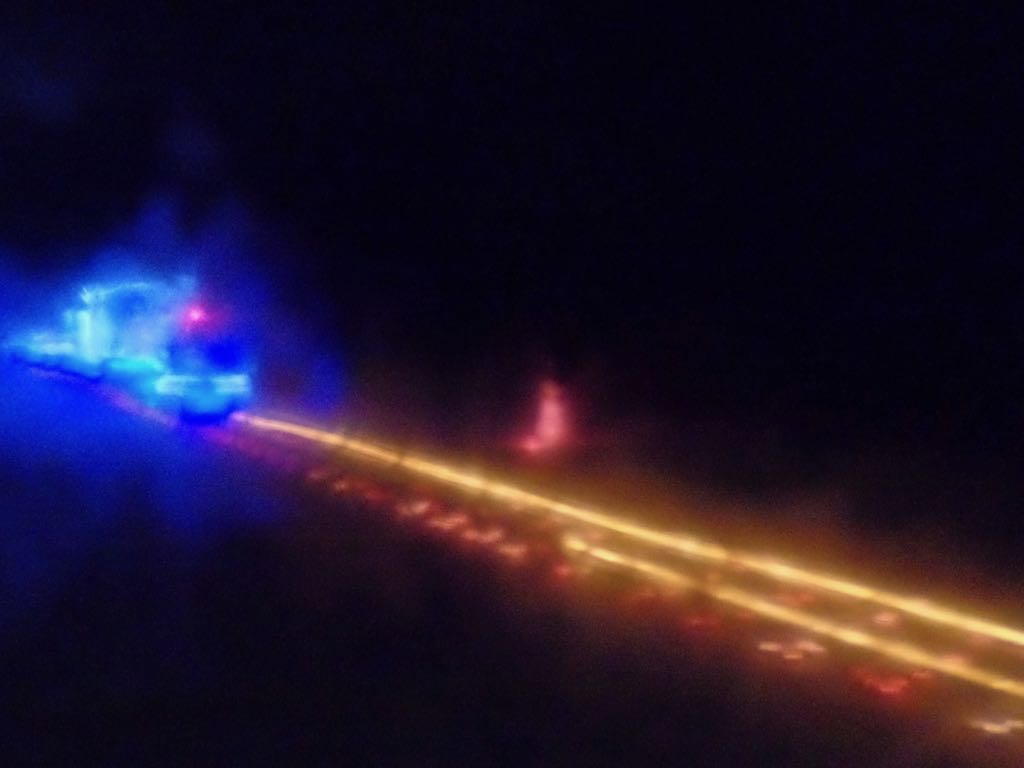 By now the train windows were fogging up enough to obscure our pass near Automan's train, Autotrain. 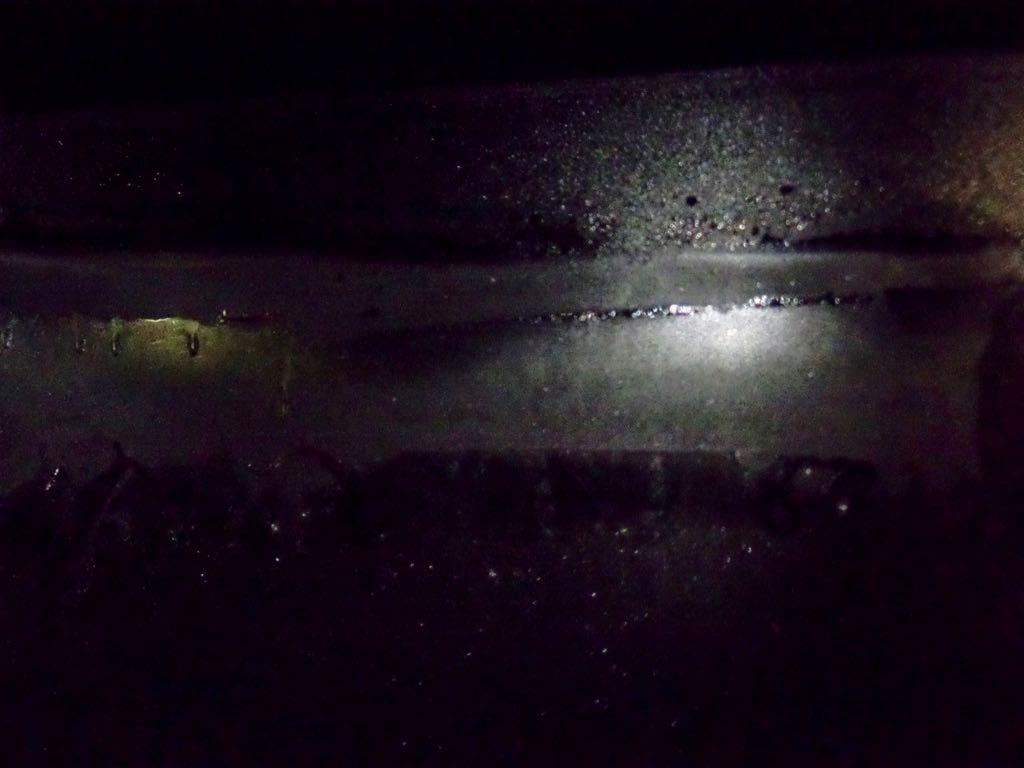 Yeah, why don't I just take a flash picture? That's going to help. I'm pretty sure this was an accident, but it came out all weird and interesting so I'm keeping it. 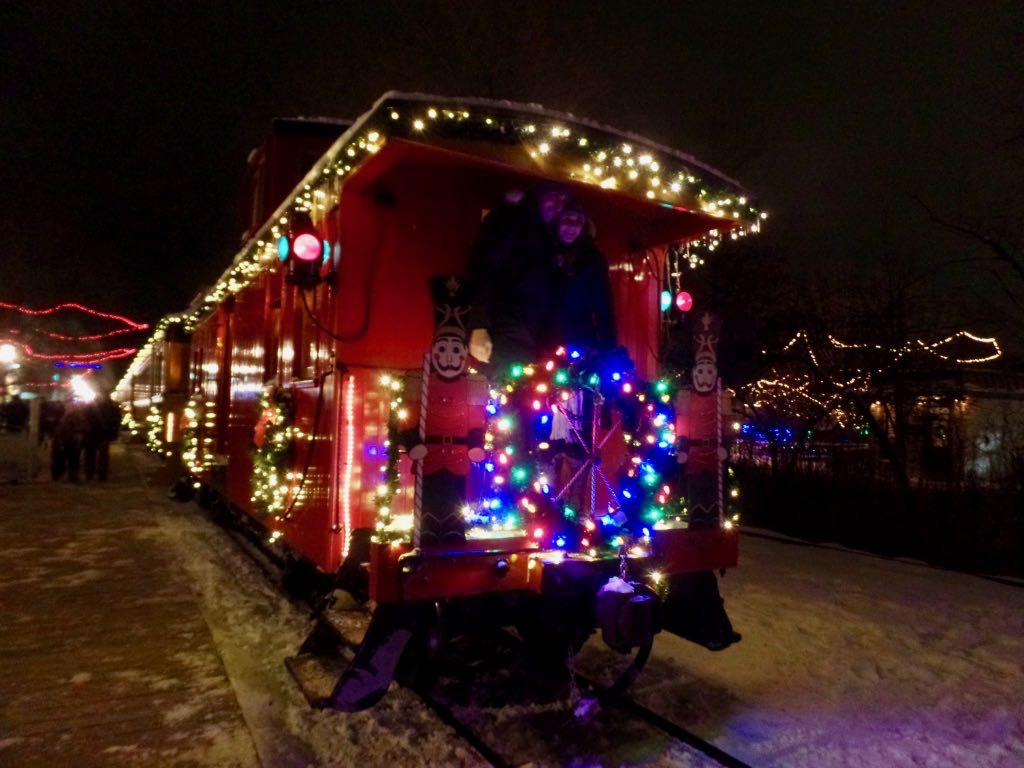 And the back end of the train. Notice there's people posing for a photograph, someone else's, here. 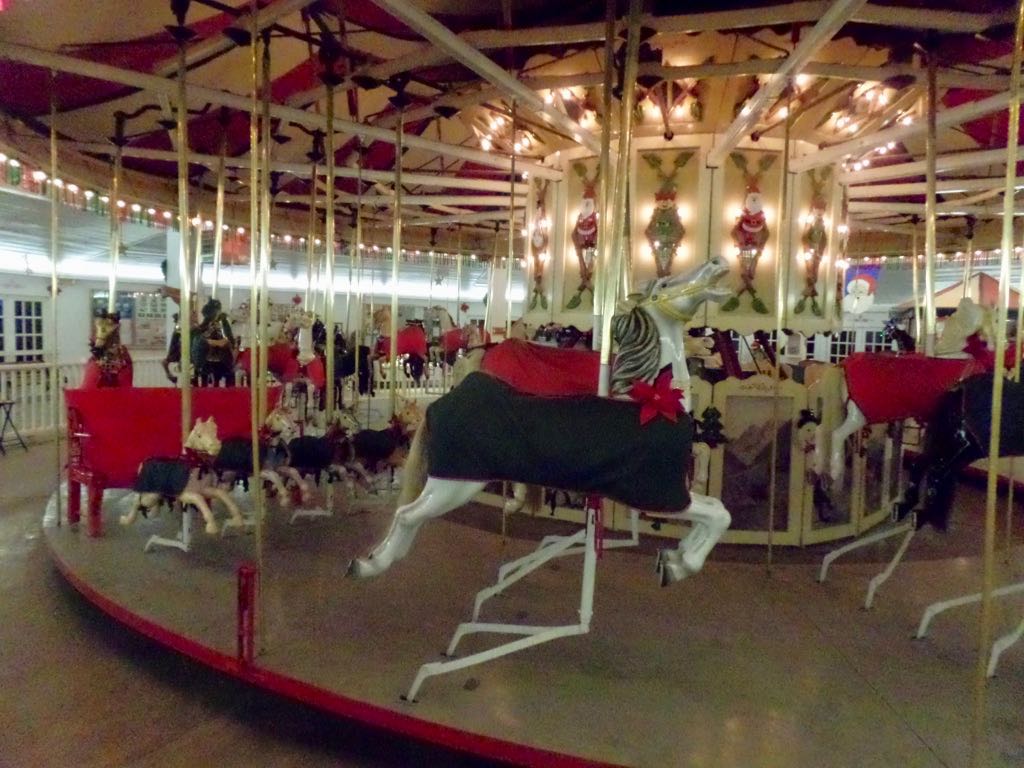 Our other goal for the visit was going to the C W Parker carousel, the century-old antique that runs at a healthy six rpm. 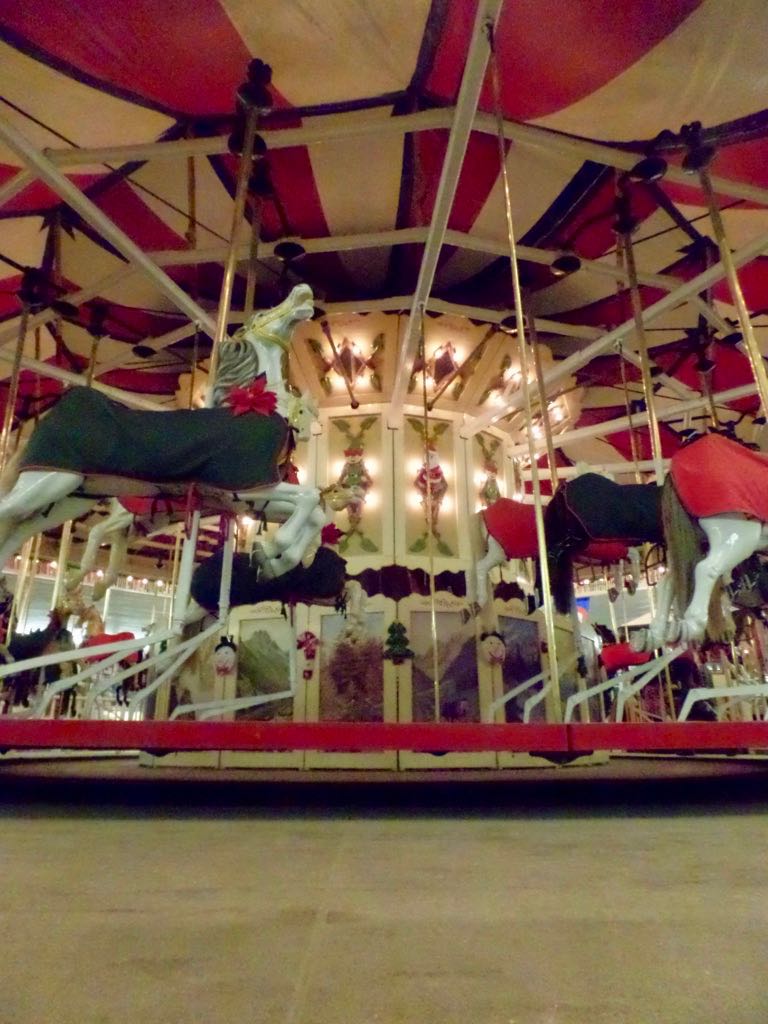 And once again one of my favorite angles on the carousel, showing the gap underneath and how the whole ride is suspended from above and glides effortlessly above the floor. 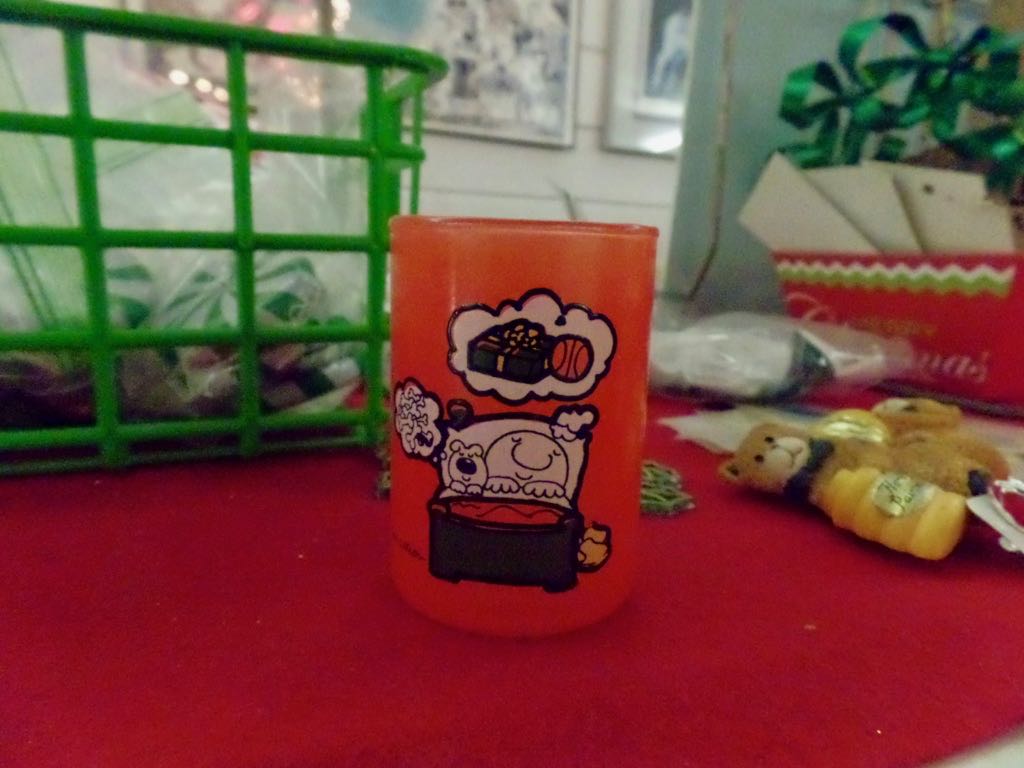 Around the carousel are various little knicknacks, mostly stuff donated and then sold in the hopes of raising money to support the Crossroads Village. Here, for example, a wonderful old plastic cup of Ziggy dreaming of the day someone gives him a basketball. You know, Ziggy, you can just buy basketballs. There are stores that would be happy to sell you one. You don't have to justify the buying of it or anything.

Trivia: 39 investors, mostly from Brooklyn and a few from New York City, met on the 13th of May, 1867, to organize the New York Bridge Company, which would ultimately get the Brooklyn Bridge built. Source: The Epic of New York City, Edward Robb Ellis.