I had a special week on my humor blog. I found excuses to write about the story comics three times, including one that I don't ordinarily cover because it's been in reruns for nearly a decade now. I cover stuff from decades before the reruns started. So here's the stuff you missed if you weren't reading it already:

Now to close out Crossroads Village. We got to the Christmas melodrama they put on, which (at least through 2017) was always this little thing set in the Vague 19th Century with a cute if sheepish young couple and a fun leering baddie who's usually trying to destroy Crossroads Village for his own profit, but who gets redeemed by love and whatnot. 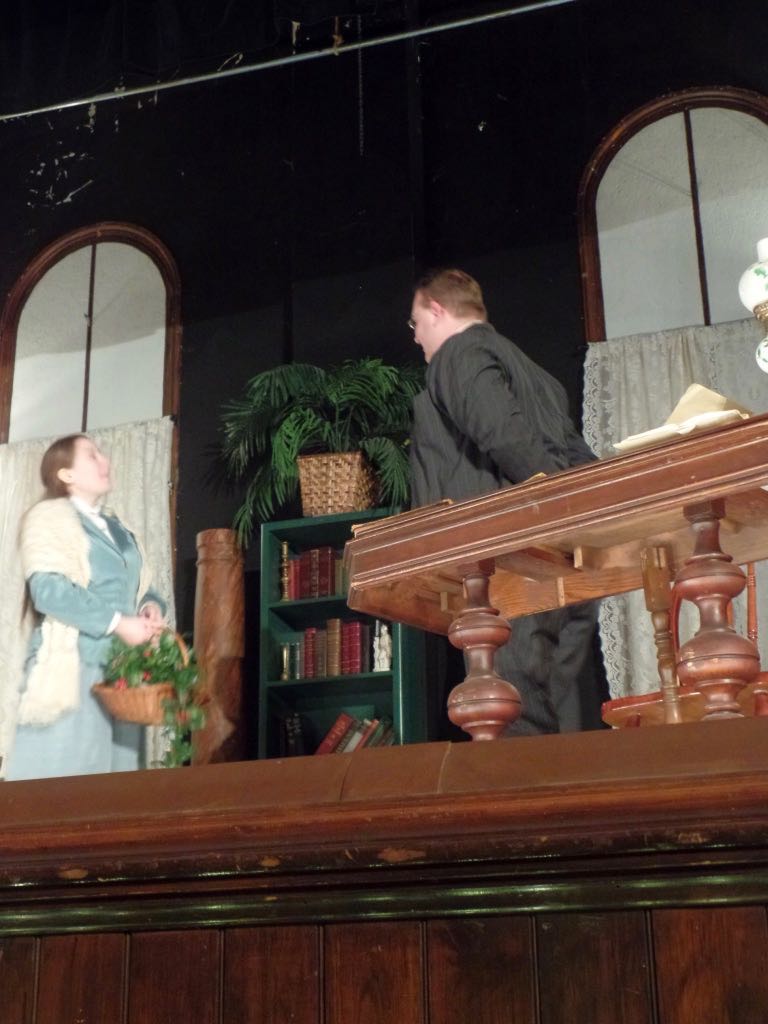 Our heroes: the female protagonist and her fiancee, clerk to the banker bad-guy. 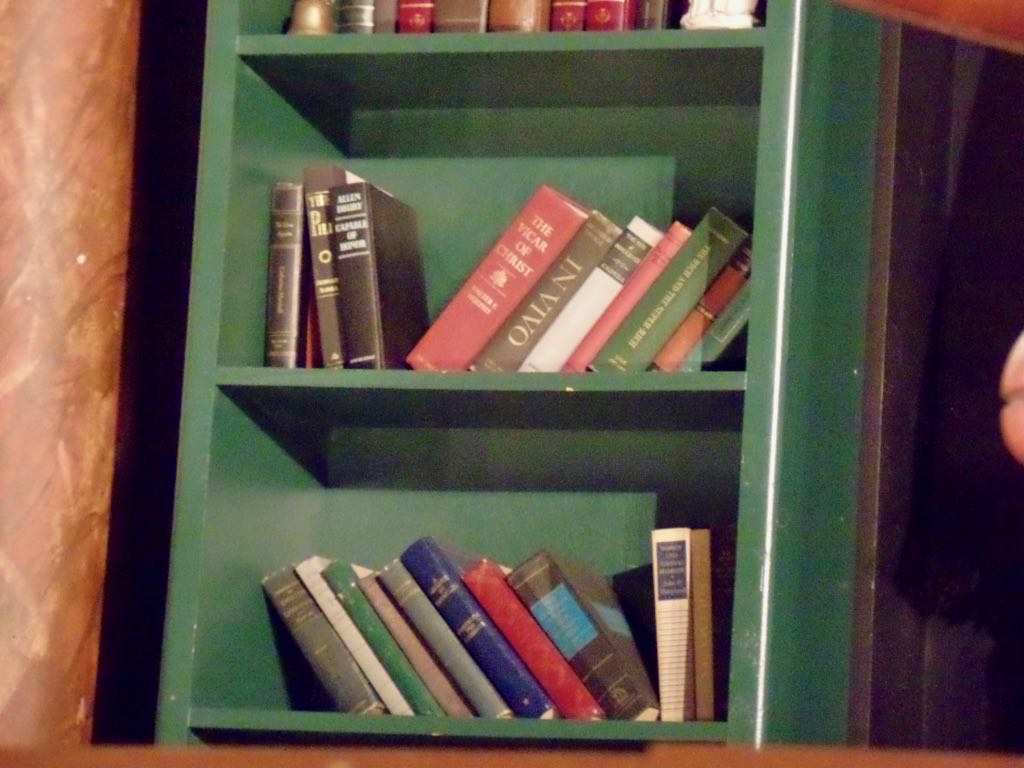 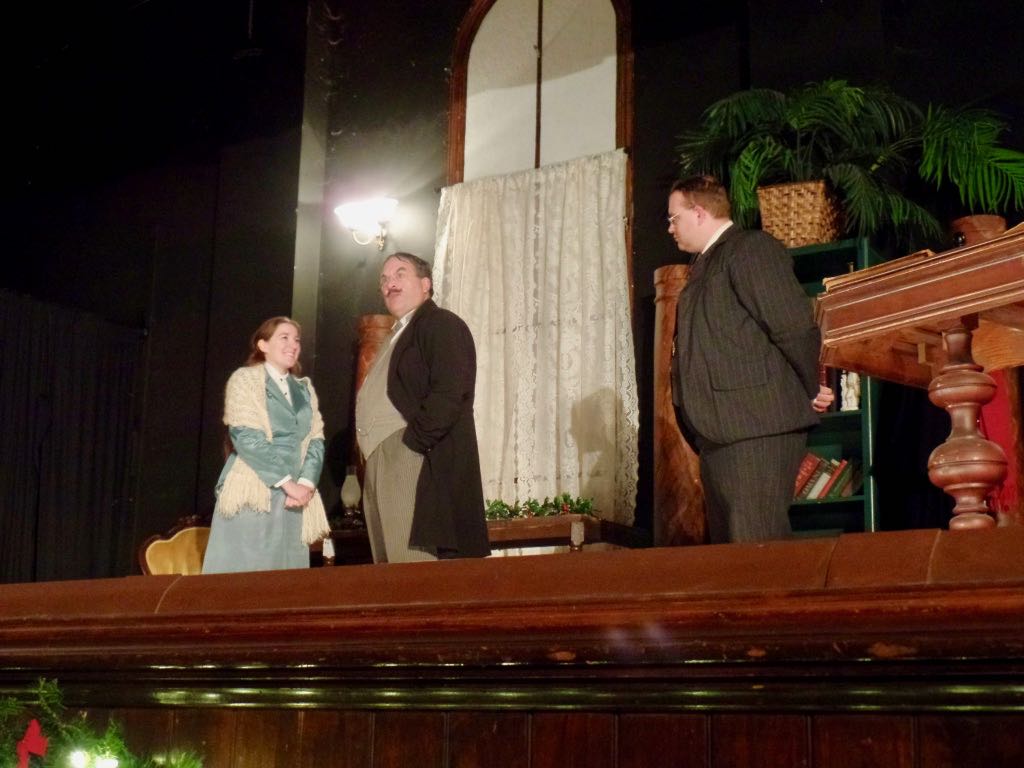 And in the center: our villain! Or at least the antagonist; this time around he was giving people a hard time but not actually trying to destroy the village, far as I remember. 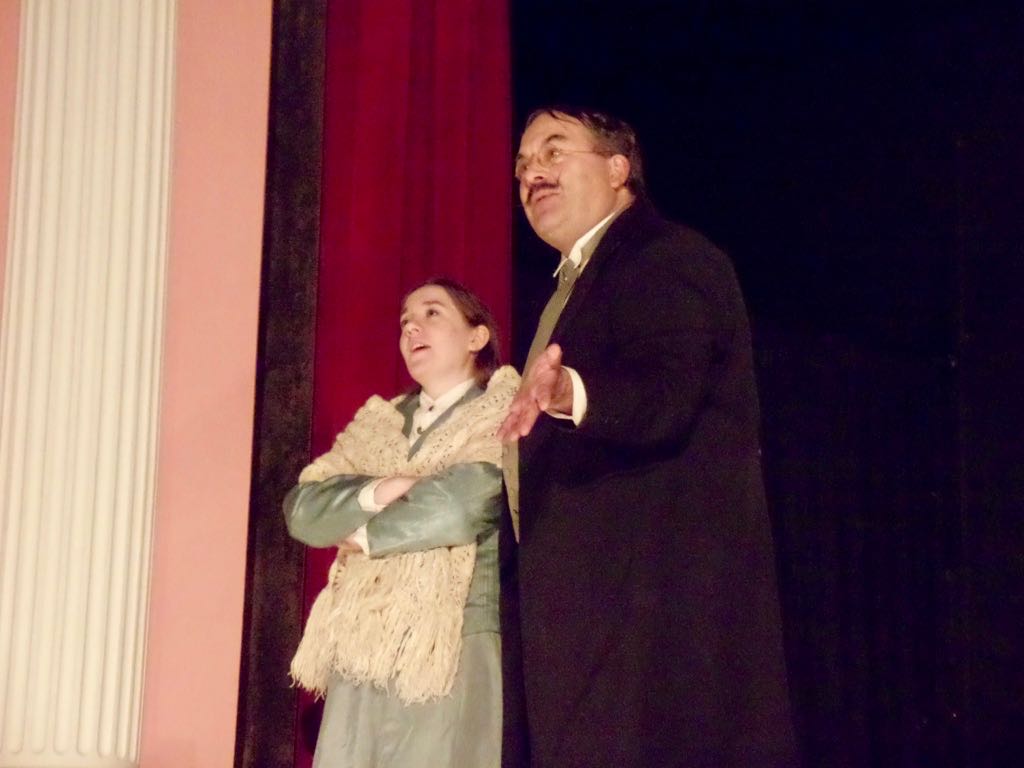 Close-up of the female protagonist and the villain, who's just not having anything with her sweetness and kindness and all that. She's fine enough, performing, but I think even from a still picture you can see how he dominates the show 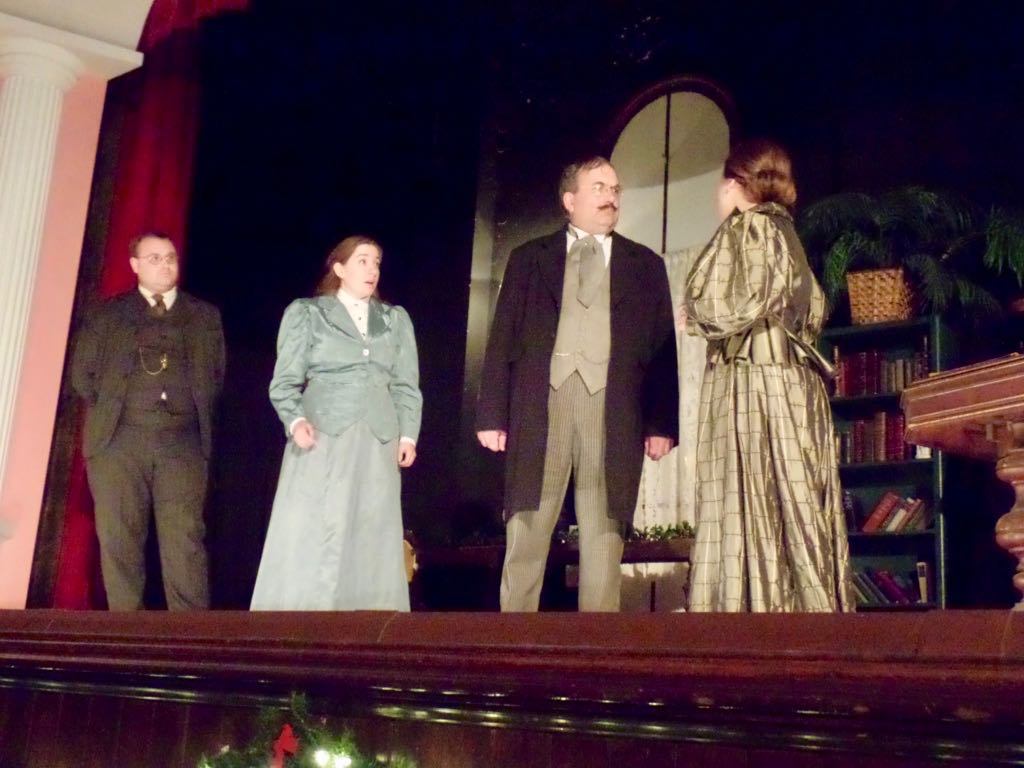 And the quartet. The new woman, on the right, represents some big New York money concern that's looking at whether our regular villain's worth doing business with. Also they used to be engaged and didn't get married and you know how awkward that was in the Vague 19th Century. 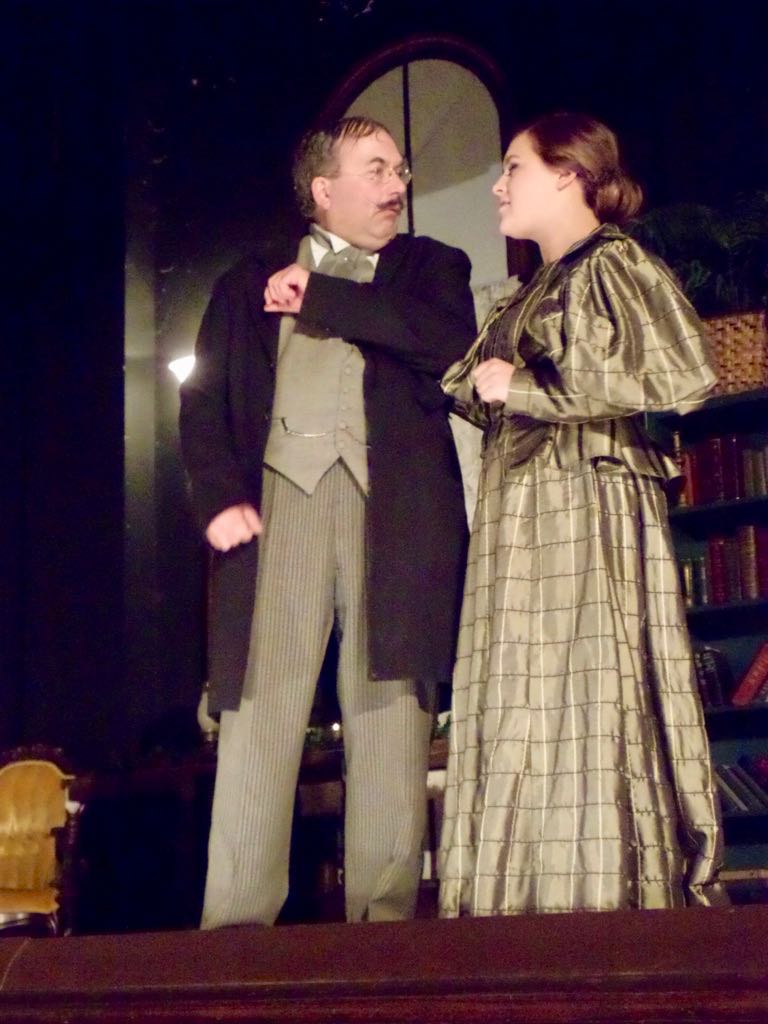 A tense moment. Do you imagine their personal and business conflicts are at all resolvable? 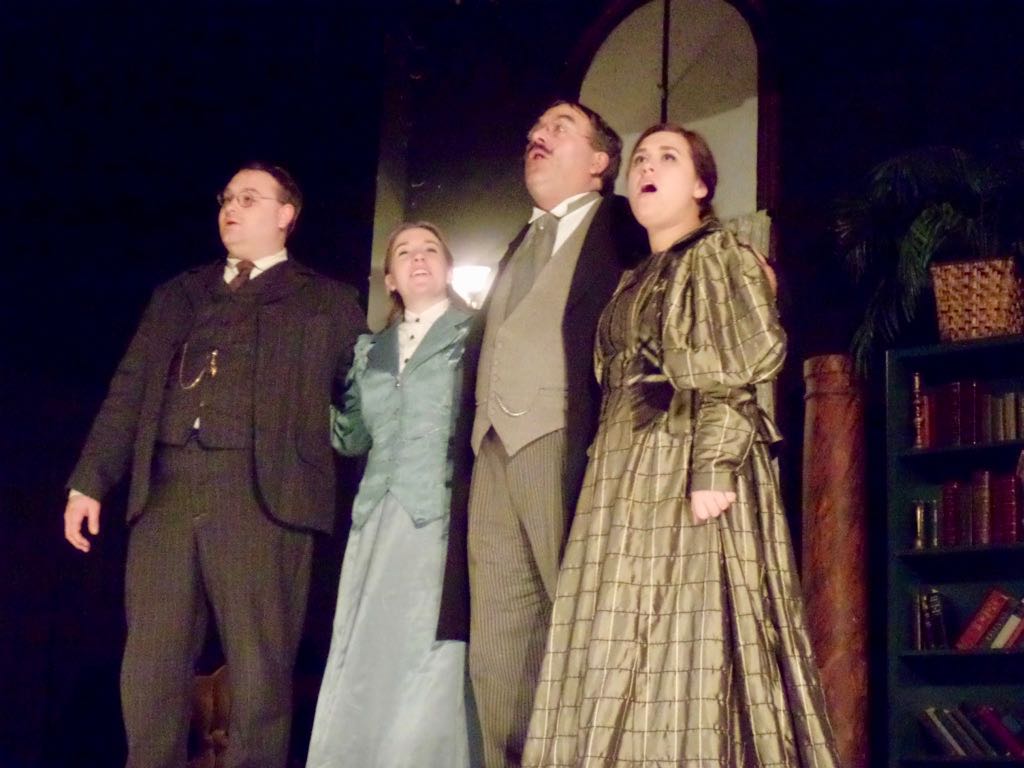 Well, the power of love came through and saved the village, although the clerk and his fiancee had to sneak back in to remind everyone they're in this story too. 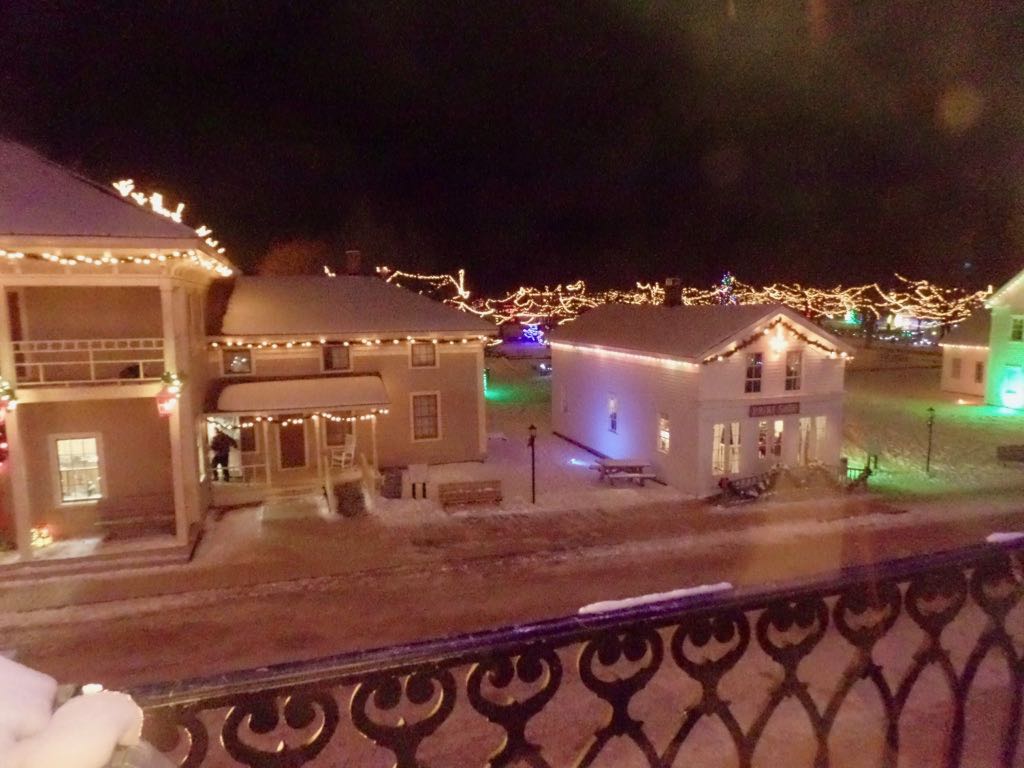 View of Crossroads Village from the opera-house balcony. The place was closing by the time the show let out. 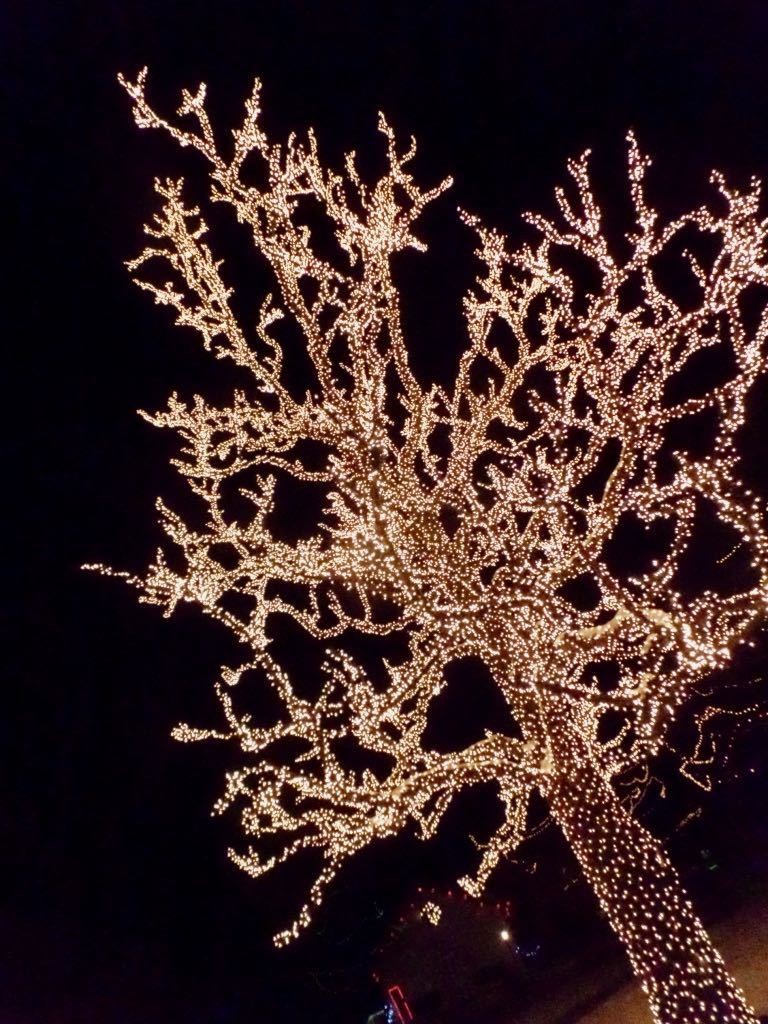 And a close-up view of the bedazzled Christmas tree. They leave the lights on this up all year, if our summer visit that one time is representative.

Trivia: The Atlas-Agena launch, meant to establish a rendezvous and docking target for Gemini VI, was from a pad about 6,000 feet away from Launch Complex 19, with Wally Schirra and Tom Stafford already in the Gemini capsule. (The Agena broke up on launch and the mission was scrubbed.) Source: Sigma 7: The Six Mercury Orbits of Walter M Schirra Jr, Colin Burgess.