Remember me for I will soon be gone

This week I learned there's at least one person who follows my humor blog by way of RSS feed! Someday there might even be a second. Meanwhile, there's surely people who follow by way of my Dreamwidth/Livejournal links. For you, here's me:

And now I close out the Museo Frida Kahlo and get back to the hotel. Tomorrow I hope to start the story of Anthrohio 2019, and pictures of something else in Mexico City. You'll see. 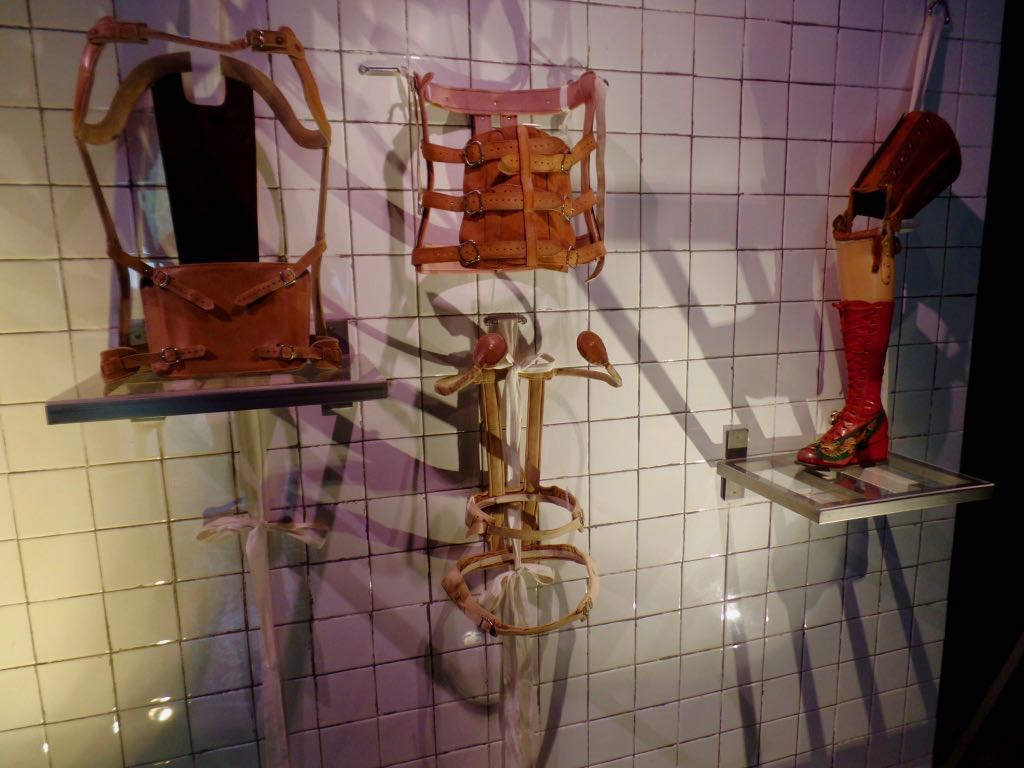 More of Kahlo's medically useful gear, including corsets and a prosthetic leg that I thought the sign said she designed herself. 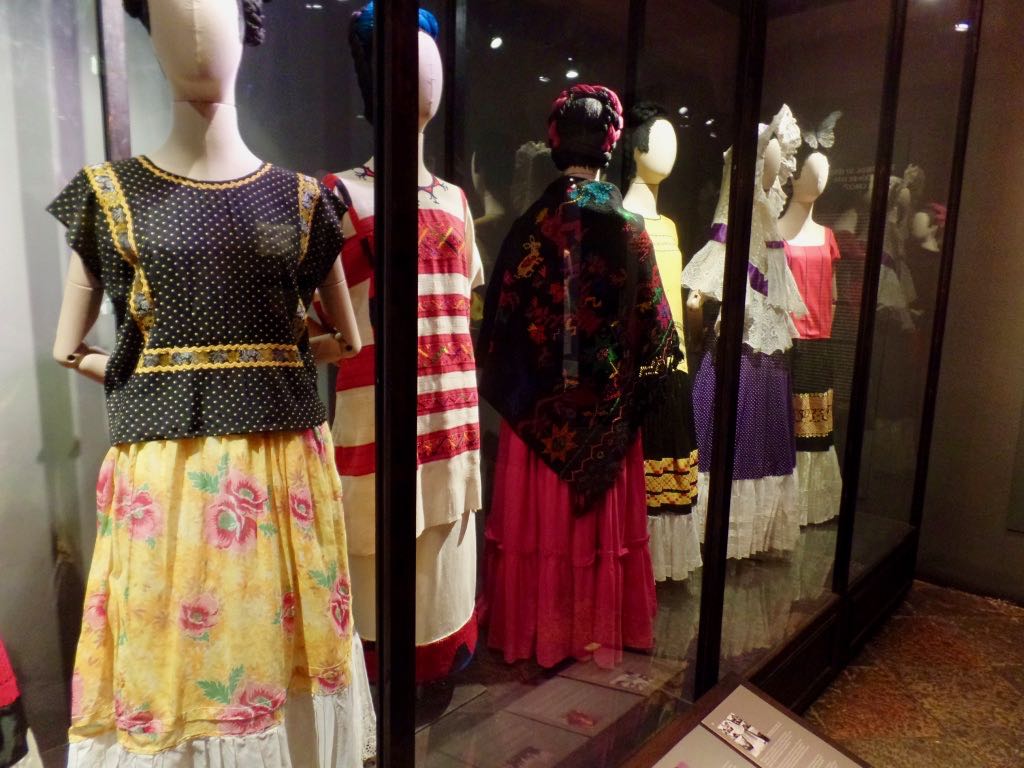 And some of her outfits, along with pictures showing her wearing them on the signs labelling them. 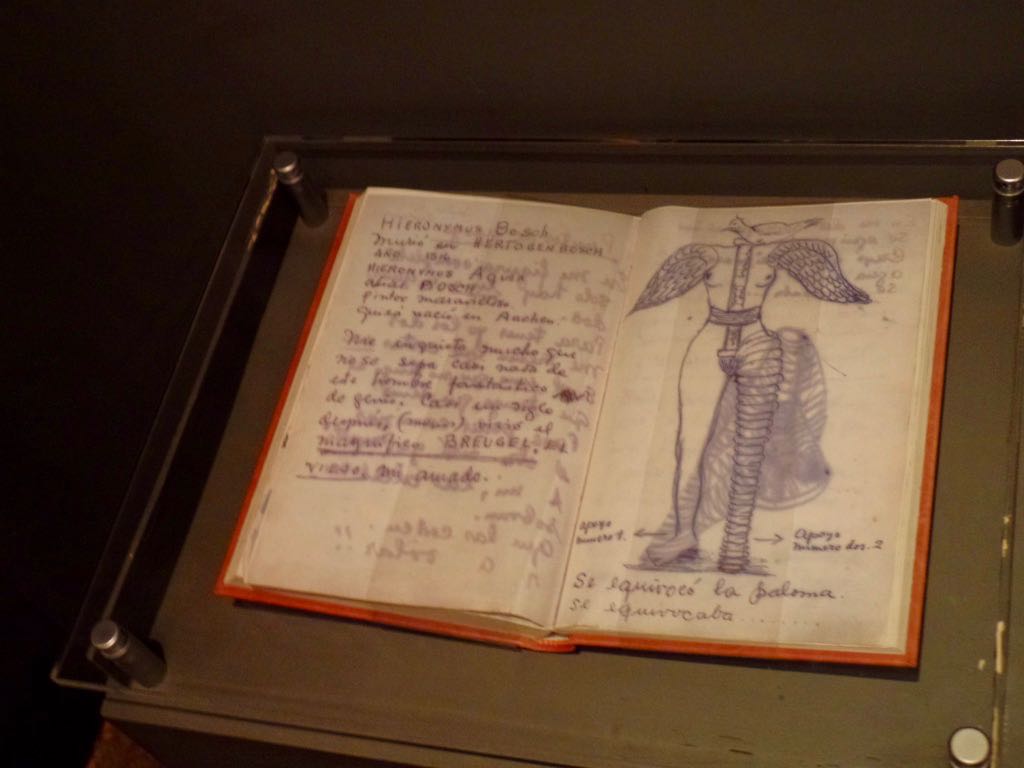 Notes and a sketch, possibly a fashion sketch idea, based on Hieronymous Bosch 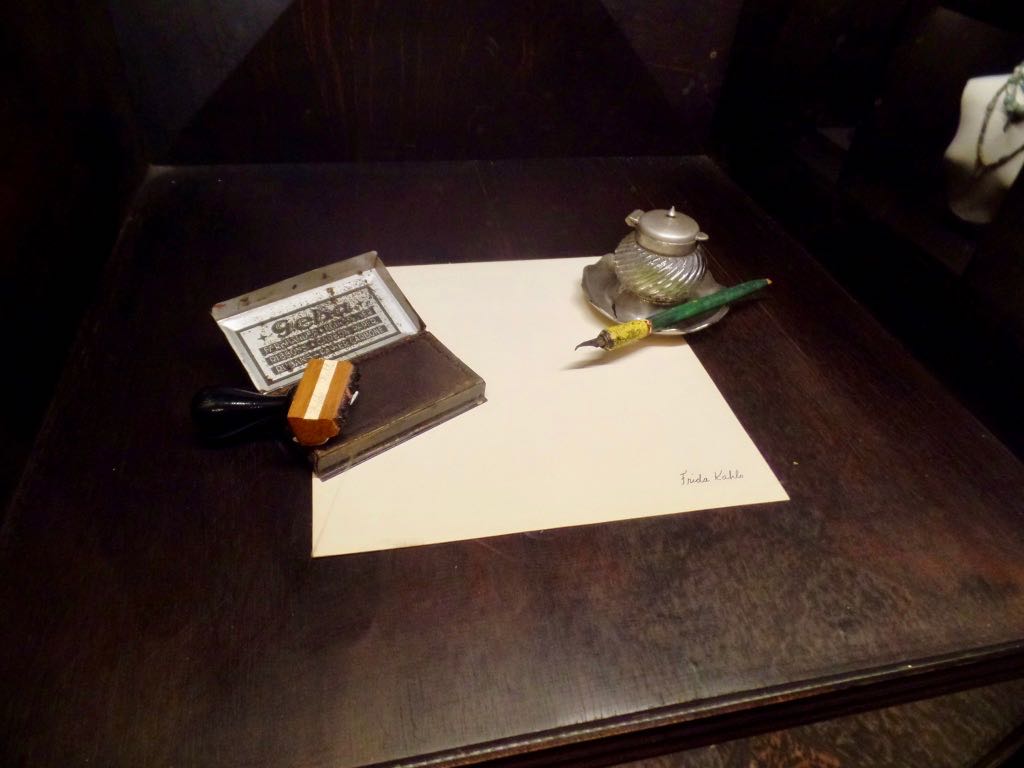 Stationery, pen, and a rubber stamp, the message of which I failed to photograph. I feel a bit dumb about that now. Neat signature, though. 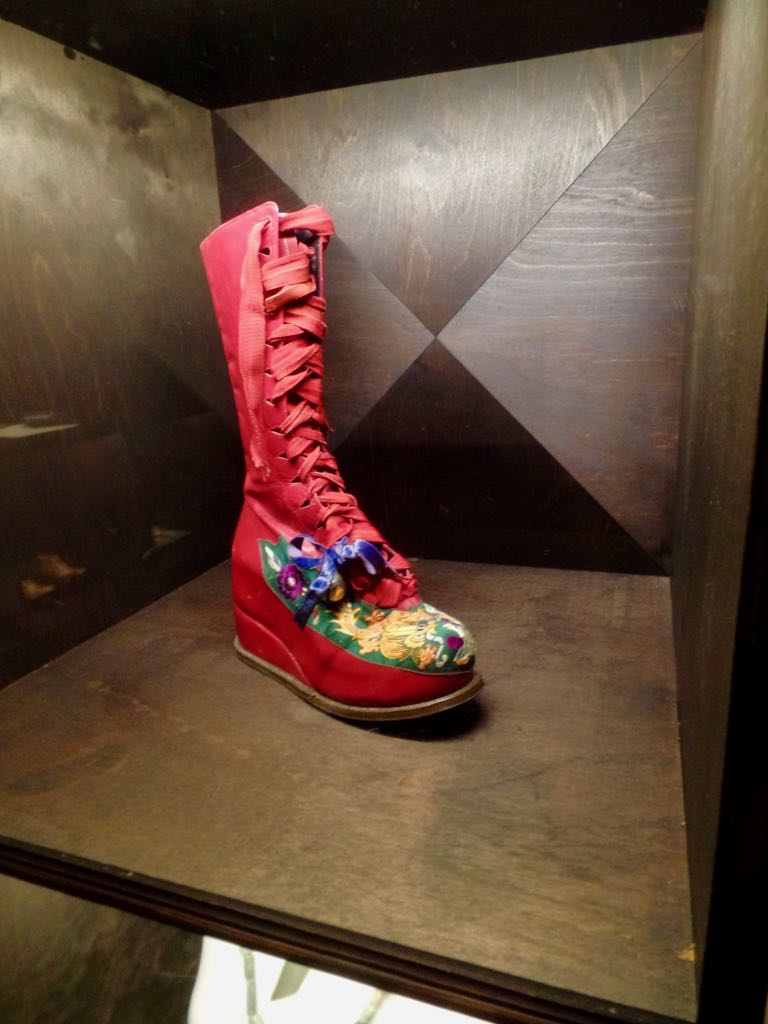 Boot with Chinese dragons that she designed and wore around 1952. 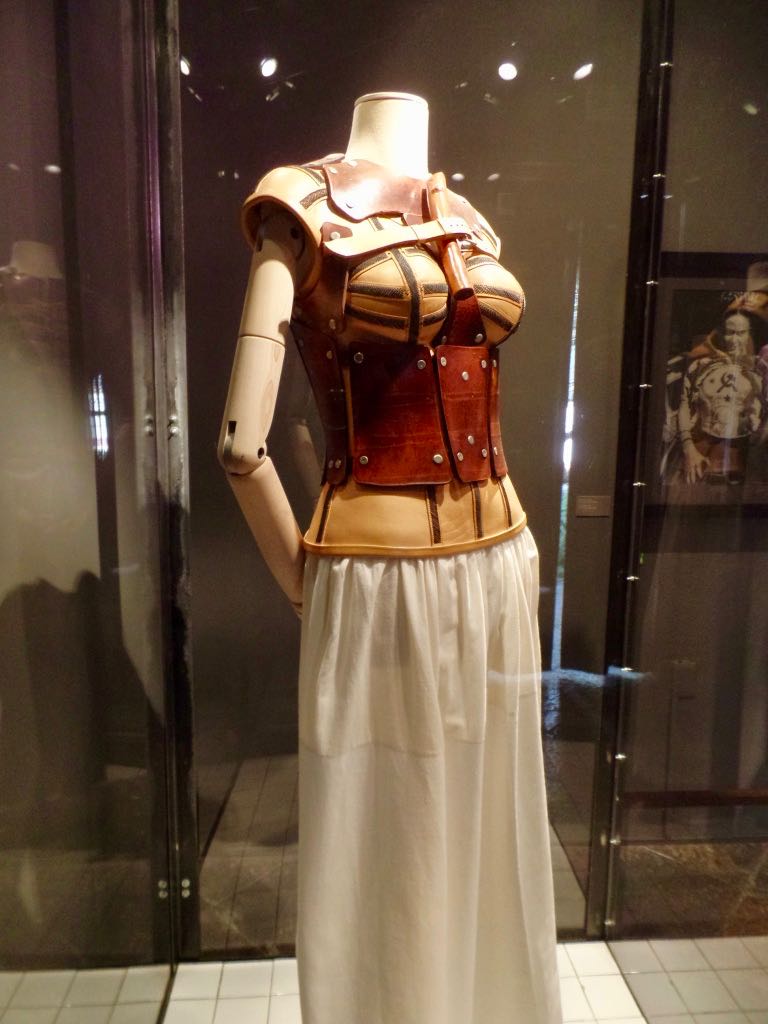 A dress based on Kahlo's style, rather than her own work, if I'm not getting my vague notes mixed up. 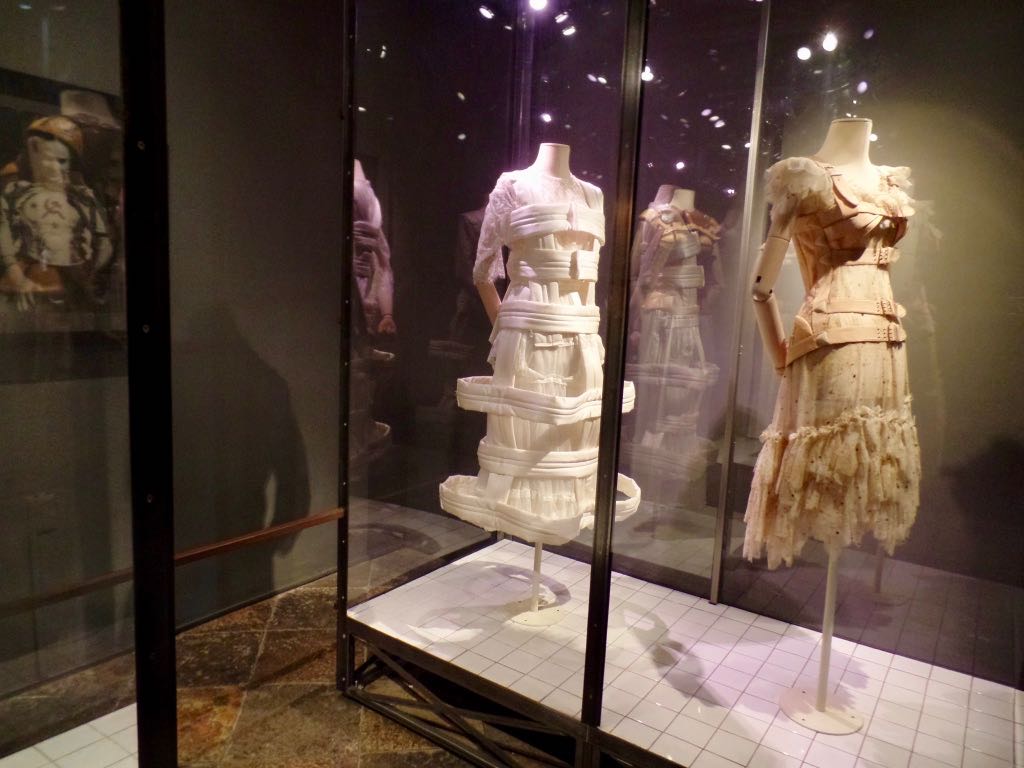 These are a pair of corset-dresses designed to take after Kahlo's style, and I agree they're striking creations. 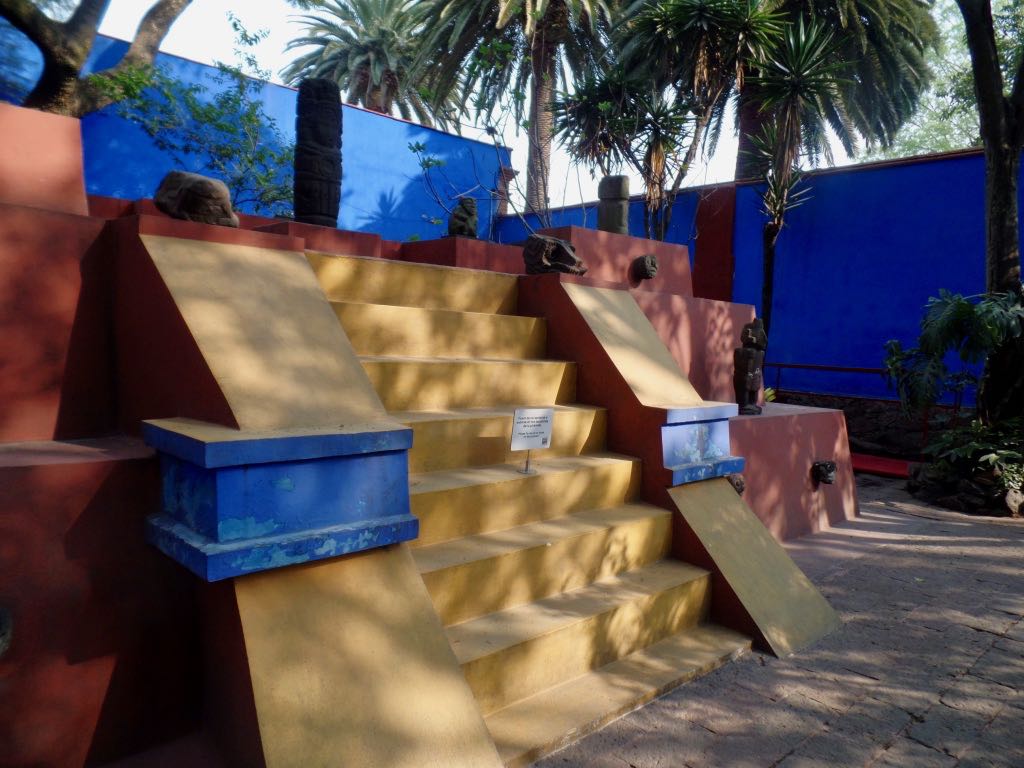 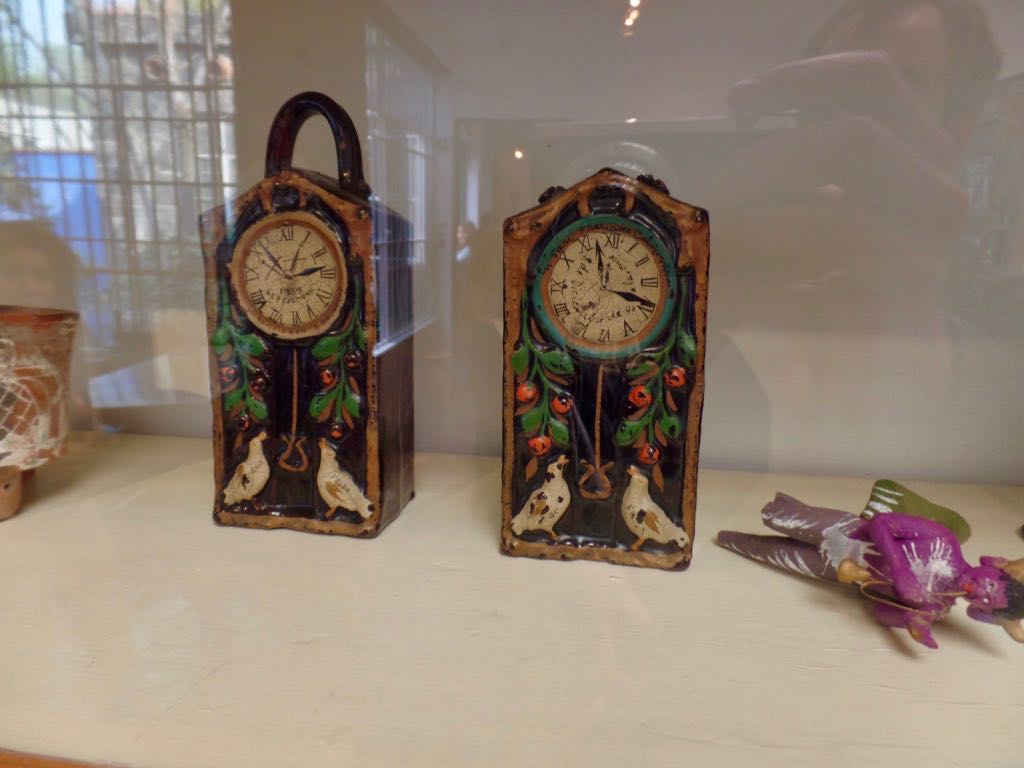 Oh, yes, a pair of clocks, representing (on the left) Kahlo and Rivera's separation in September 1939 and (on the right) their reunion in December 1940. They were kept in the kitchen, if I remember right. 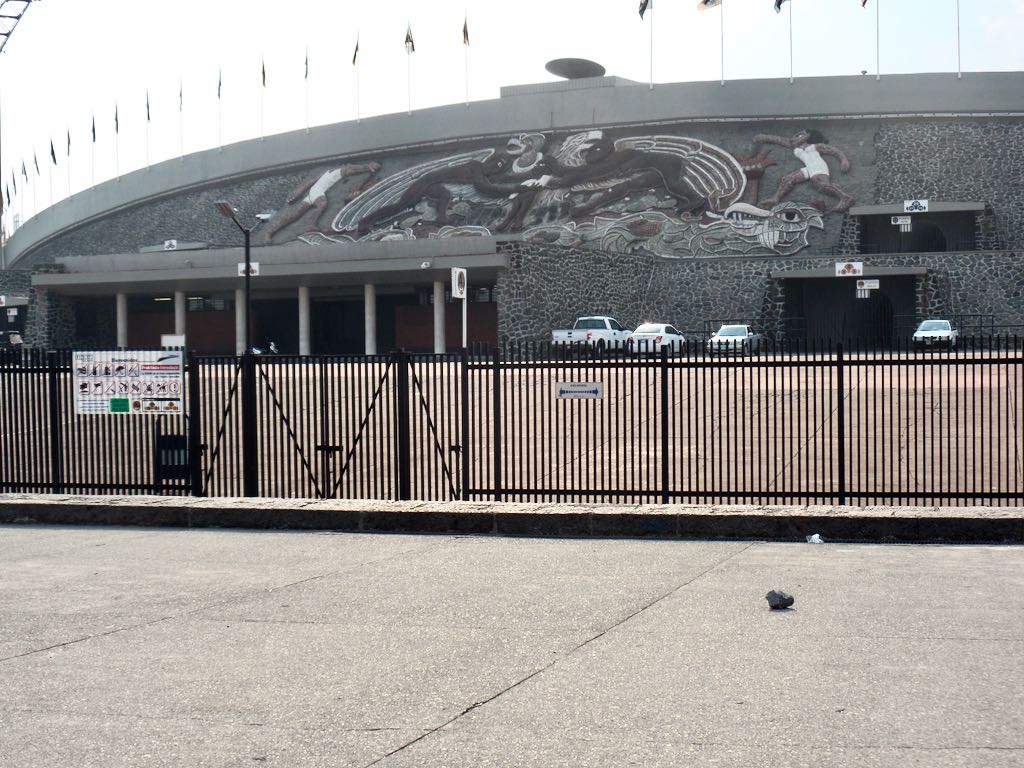 The taxi driver on the ride back pointed out we were going right past the Olympic Stadium; would I want to stop and take a picture? And, well, sure, why not take the advice of a taxi driver in a country where I don't know anybody and don't speak the language and don't have a phone to make a side trip? (It was, literally, just stopping at the side of the highway.) 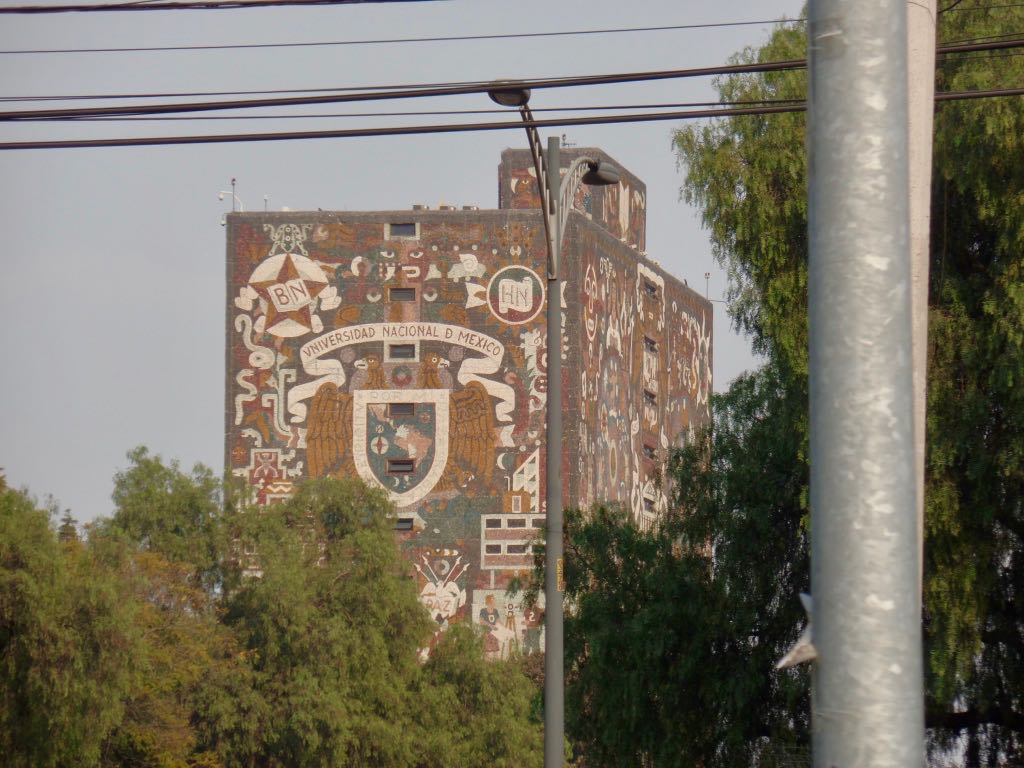 The Olympic Stadium's part of or adjacent to the National University campus, so, this is what there is to see looking away from the stadium. Somewhere on this campus,

bunny_hugger was listening to panel sessions. 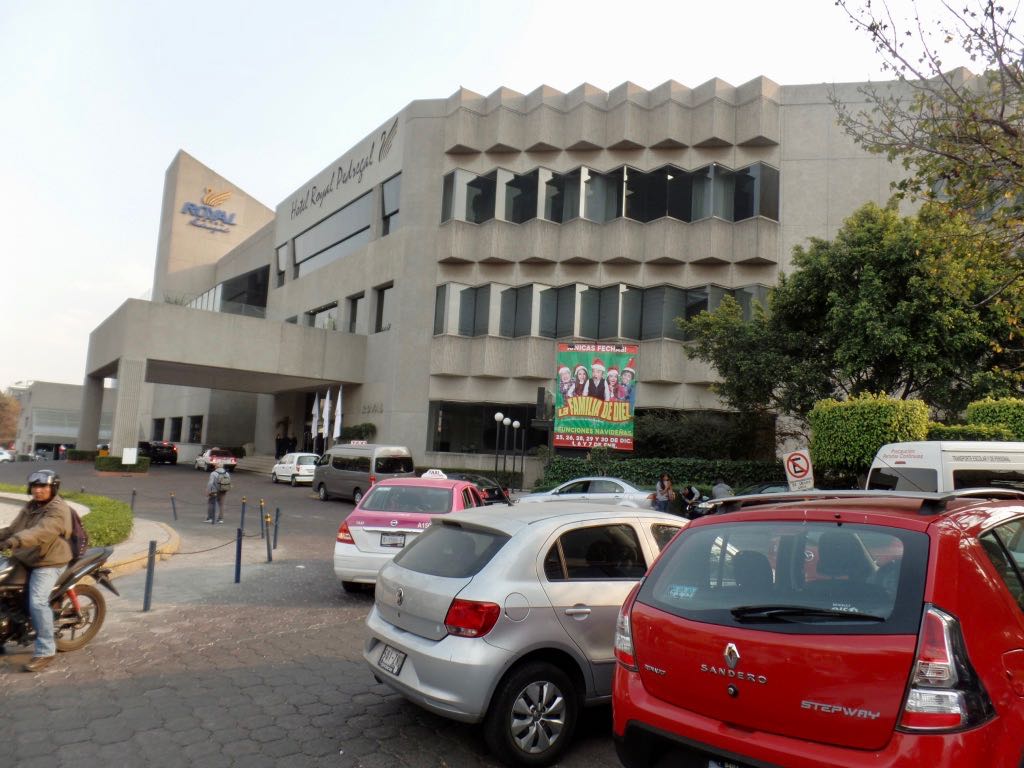 And back to our hotel! Which, yes, may look like any hotel of high enough quality that you have to pay for the Internet by device per day. But I liked its style. We had missed whatever Christmas show La Familia de Diez was, but passed the theater in which it played often. There was a bank next to it which was a good place to get cash.

Trivia: The Lewis and Clark expedition named Floyd Bluffs, in what is now Sioux City, Iowa, for Charles Floyd, who died likely from appendicitis. Source: On The Map: A Mind-Expanding Exploration of the Way the World Looks, Simon Garfield.

Currently Reading: Holland on the Hudson: An Economic and Social History of Dutch New York, Oliver A Rink. Finally finished! It's not a long book, mind, but I did no reading during the convention and also lost a couple of mealtime reading sessions for the sake of pinball league or going out to get bagels.

PS: Reading the Comics, May 25, 2019: Slighter Comics Edition as, hey, I publish a thing! This changes everything, a little bit.