And knocked my reindeer to the floor

I had my mathematics blog back up to about its usual writing pace this past week. Do you not have it on your RSS reader? Then here's your backup chance to read all its savory content:

A short update in the story comics this week. What's Going On In Prince Valiant? Who abducted Queen Madeka and to where? March - June 2019 runs only a couple hundred words, but then, it is a Sunday-only comic.

Back now to Six Flags Mexico and ... the mystery of the Boomerang. 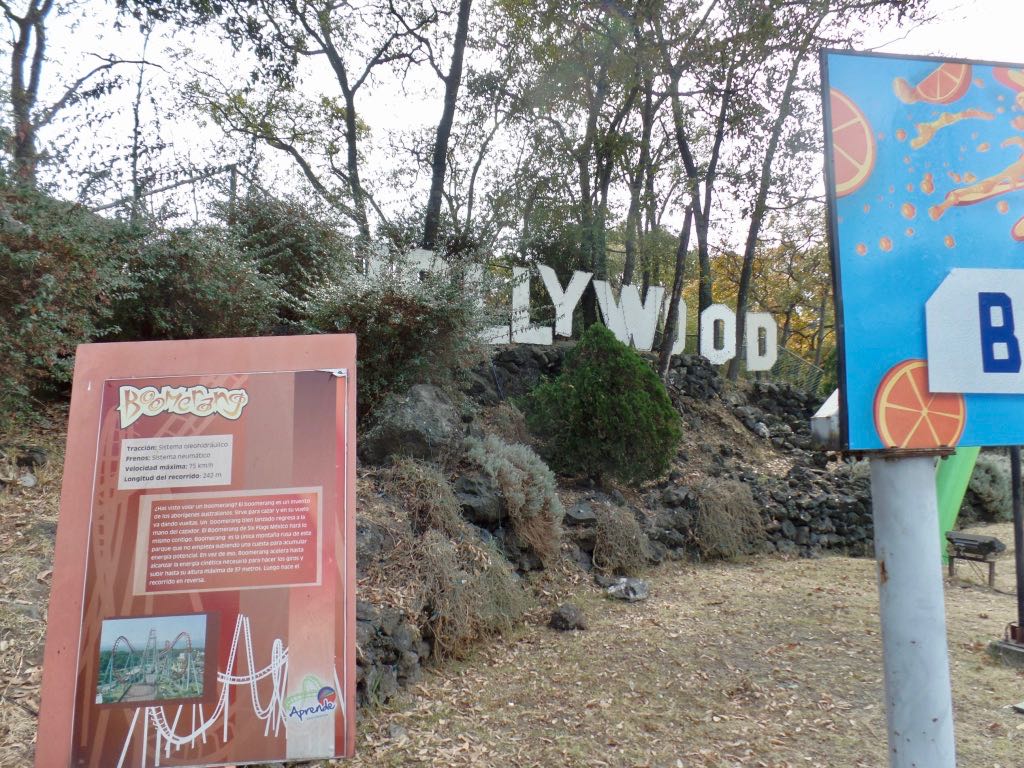 The Boomerang is the biggest coaster in the Hollywood section of Six Flags Mexico. Here a sign near the entrance queue attempts to explain what a boomerang is, and how it's the only roller coaster not to use a slope-climbing lift hill to gather potential energy, instead ``accelerating until it reaches the kinetic energy'' for its twists and turns. And then does it in reverse. 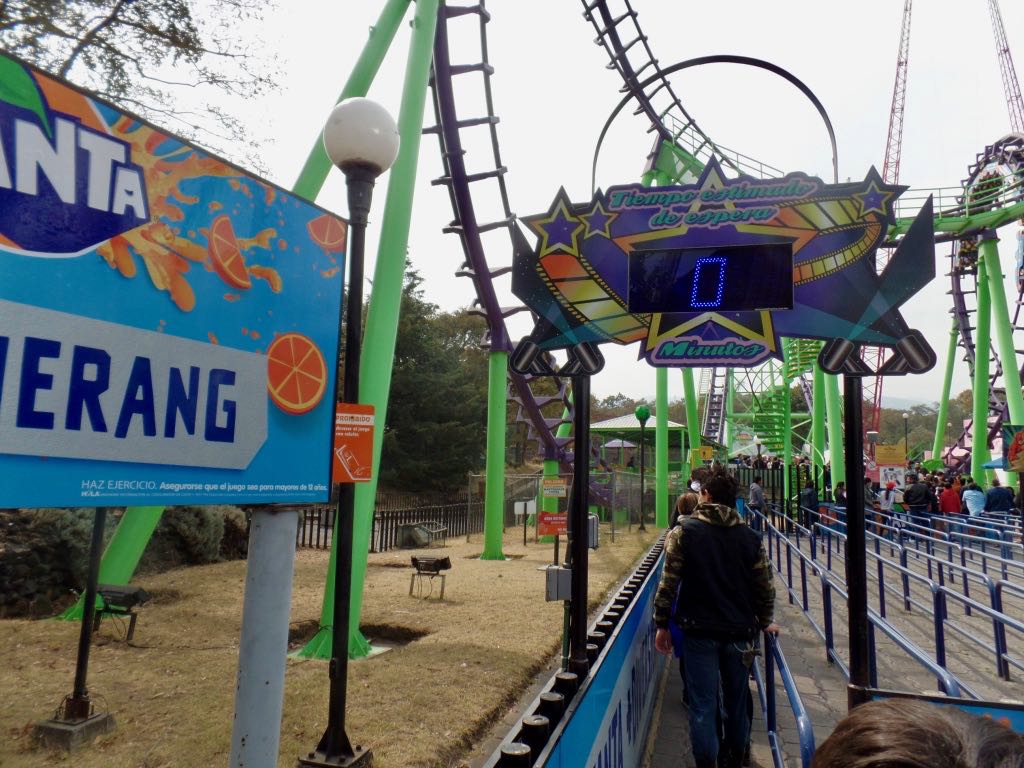 Many rides had these nice dot-matrix wait queue signs. This promise of a zero-minute wait was wrong --- you can see the wait in there, and coasters of this kind can only run a single car at a time --- but it wasn't too great a wait. 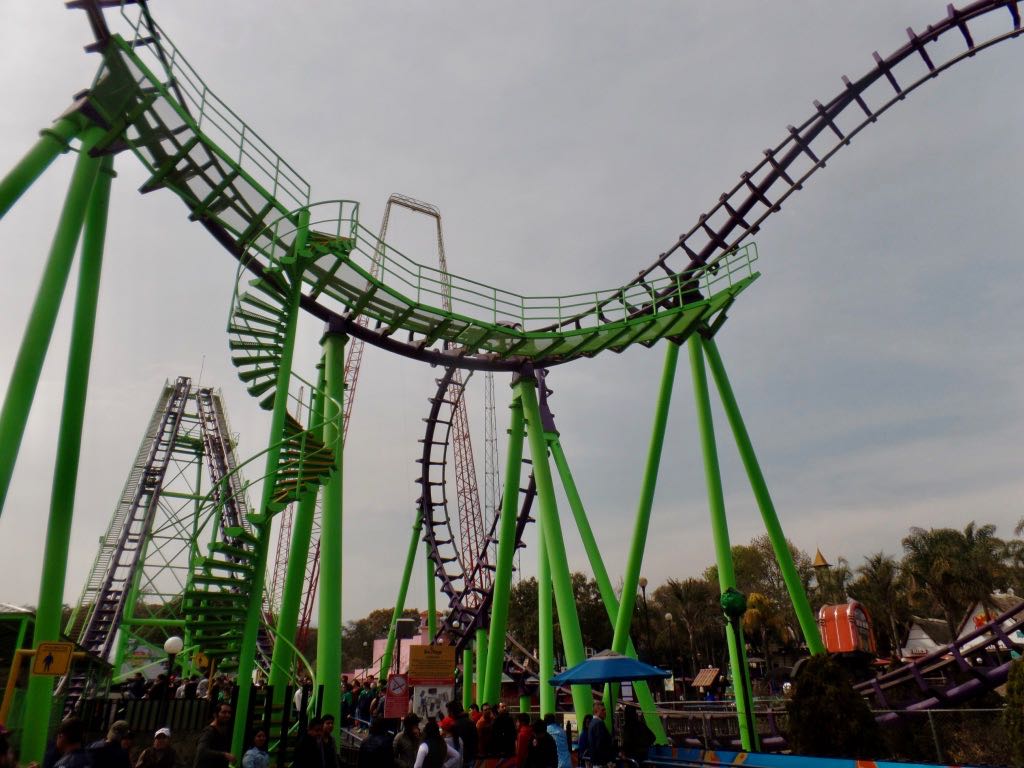 The left hill in back is the lift hill; you're pulled up that to get the energy needed to go looping around and rise up the hill on the right, and then go back in reverse. I don't know what that sign up front was going on about as I don't see how this isn't just a lift hill anyway. 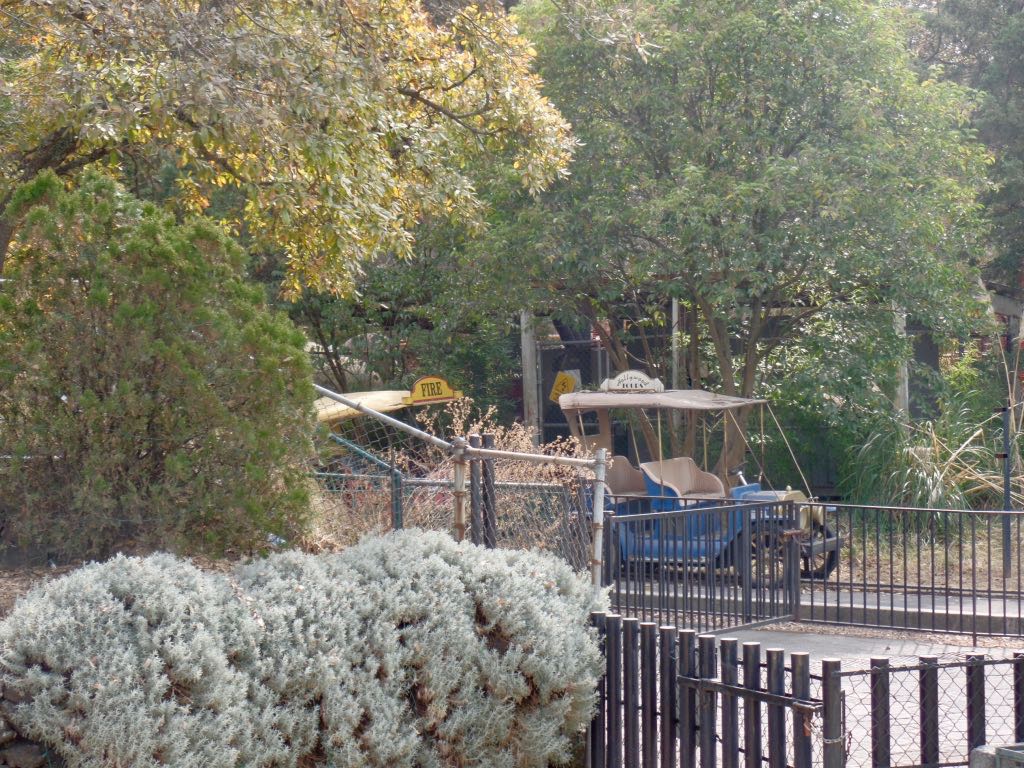 Props from a disused Antique Car ride with a track that abuts the Boomerang coaster. 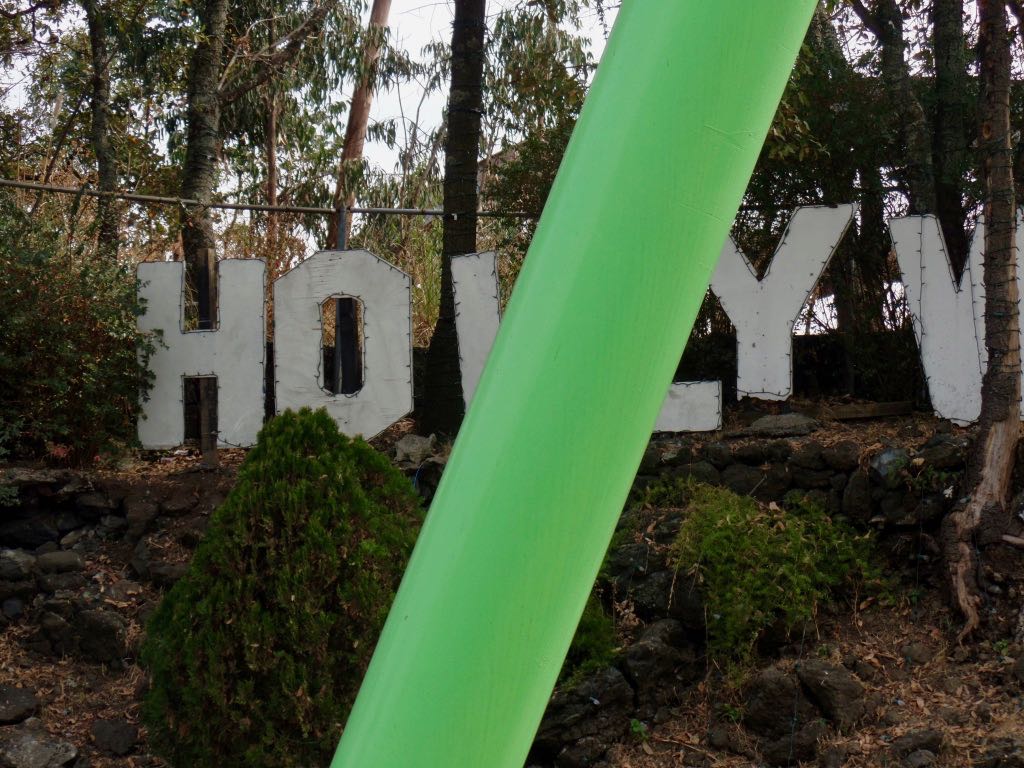 And a view of the Hollywood sign --- with Christmas lights strung around it --- through the support structures of Boomerang. 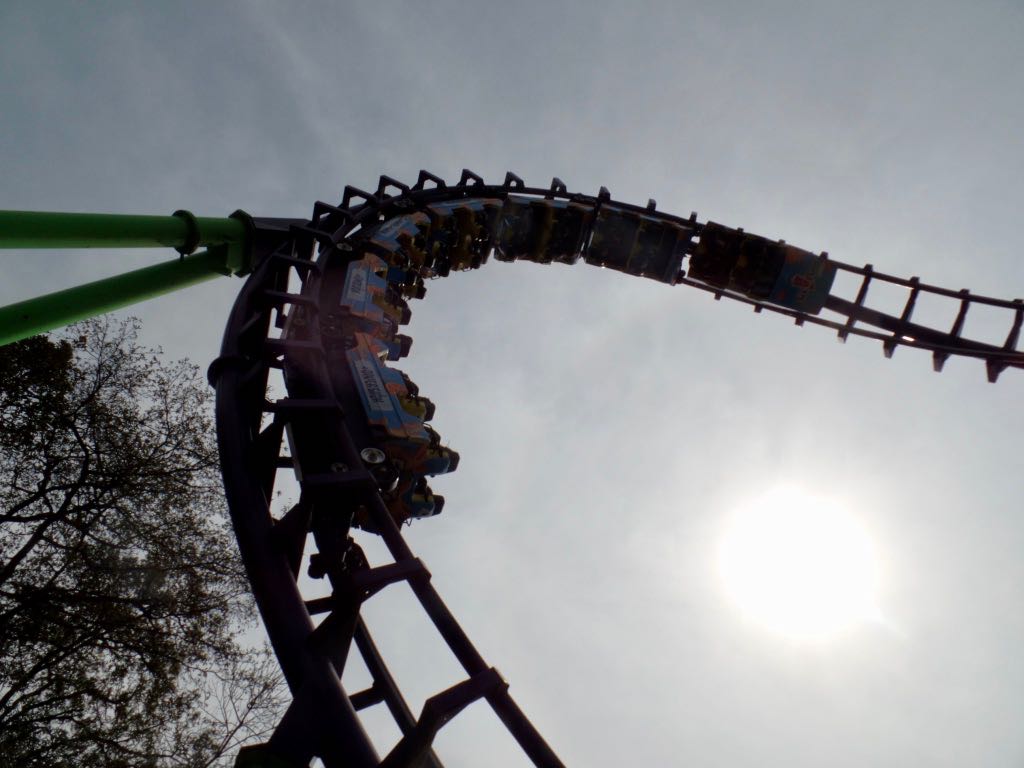 Boomerang making one of its multiple loops overhead. 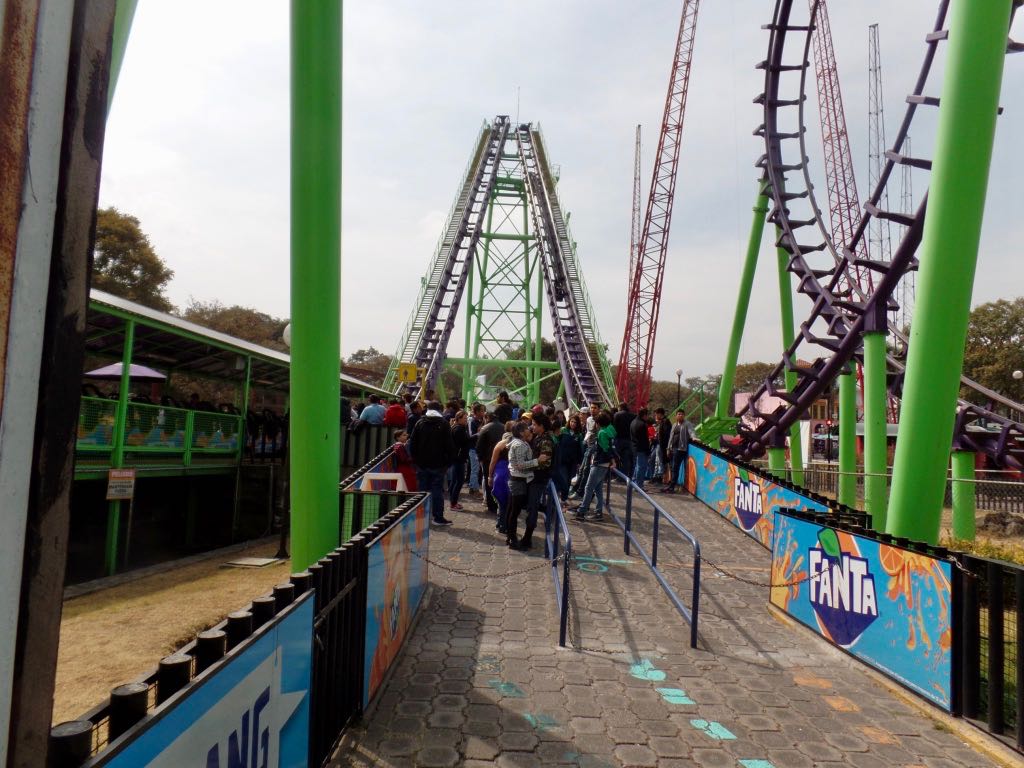 The twin hills of the Boomerang shuttle coaster. Also the interesting bit at the front of the queue where you're divided by the park attendants into one of three lines, each line taking its turn. What advantage this offers, since everyone has to load into the single car on the tracks, escapes me. 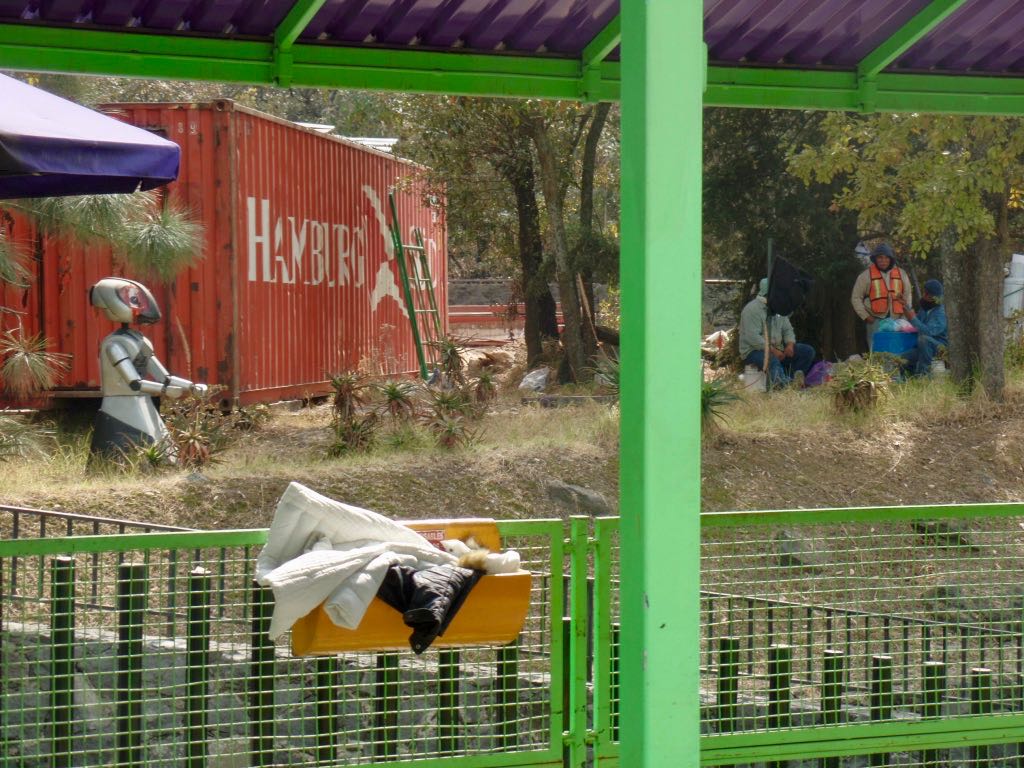 View of a robot that certainly had to be a prop at one point, a container cargo box that might have been a prop, and some workers taking a break. 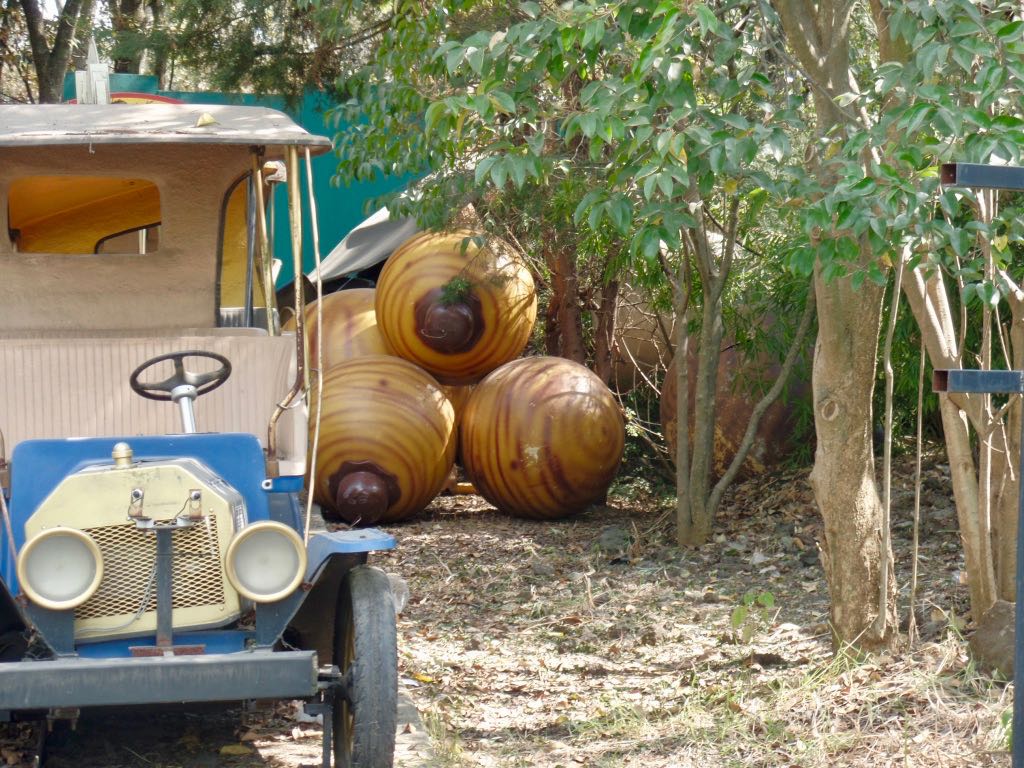 Giant balls that seem like they should be decorative but were hidden behind the disused antique-car ride. It's possible these were for the Mardis Gras season, which would be the next big themed event for the park. 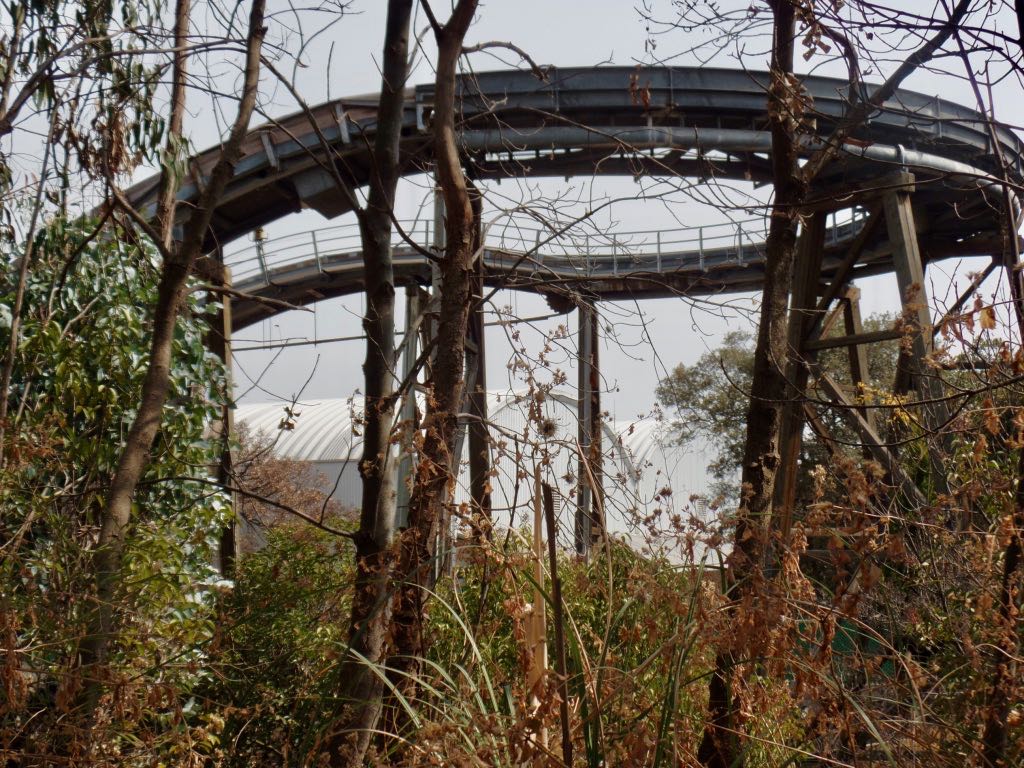 And the turnaround loop for a log flume which we didn't ride and that I'm not sure was operating that day. 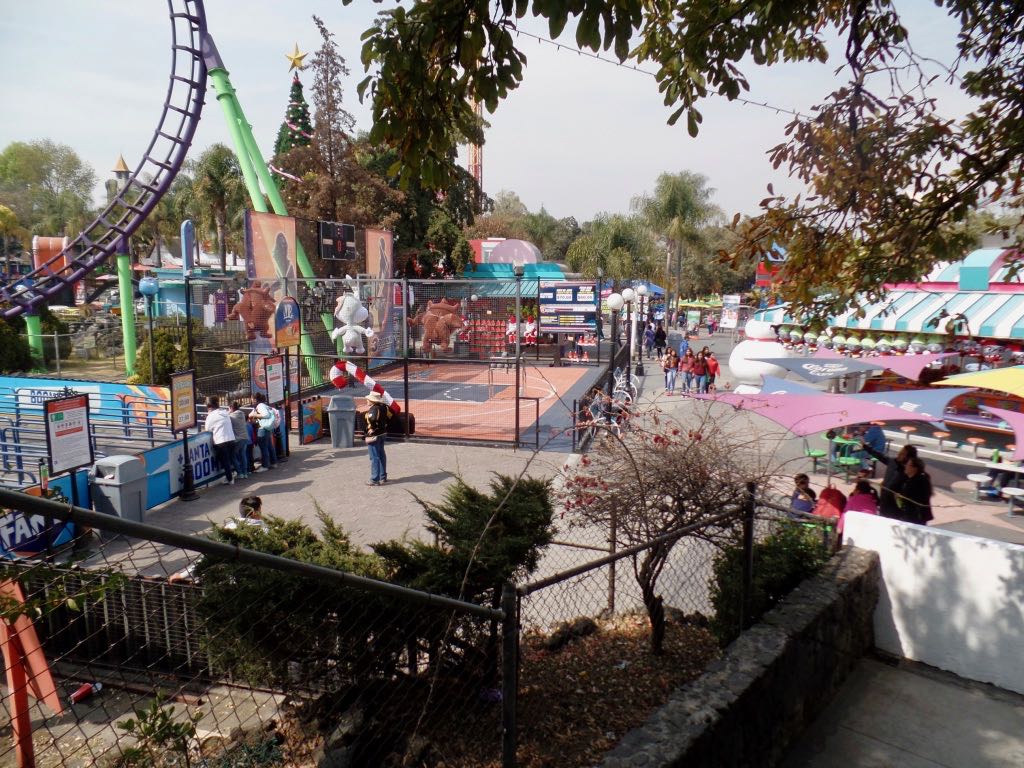 View from the exit queue of Boomerang. So, funny story: when I started logging my roller coasters I looked over parks

bunny_hugger and I had done clean sweeps of, and one of them was Dorney Park, and I logged myself as having ridden all of those on an uncertain date. Turns out they had put one roller coaster in since we'd visited. So I had actually started the day at 197 roller coasters, and Medusa Steel Coaster was my 199th. Boomerang here was my 200th and it's just luck that I got so many pictures of it.

Of course, there's an arbitrariness to any logged event like this. My father is certain he took us on kiddie coasters at, for example, Keansburg which I do not remember and which the roller coaster databases do not list, which might reflect either bad memory or incomplete records. I am certain I rode at least one leg of Great Adventure's Lightnin' Loops and of Rolling Thunder, but there are two separate legs counted as separate coasters, and I cannot say with certainty that I rode both legs of both coasters. To mark anything as a milestone is, to an extent, a lie told for the value of its story.

Dorney Park has already taken out the coaster that I mistakenly thought I had ridden. 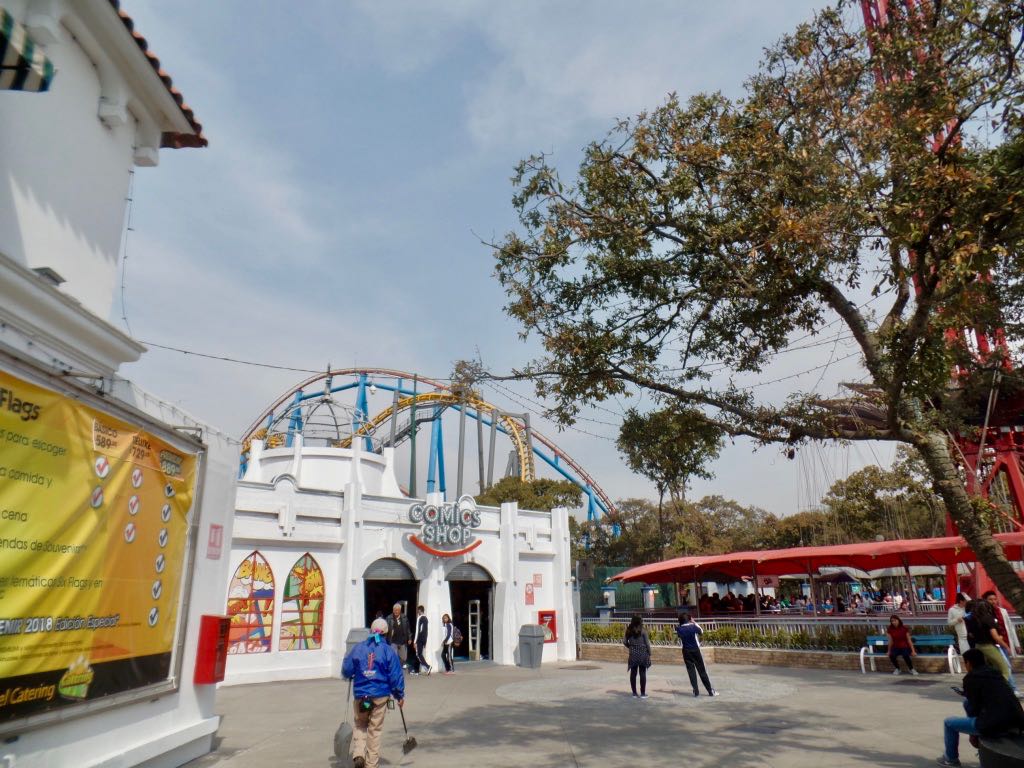 At the edge of the Hollywood segment of the park is this Comics Shop, another merchandise store and the path to get to ... some more roller coasters! There was a path that didn't go through merchandise, but it was roped off for some reason.

Trivia: In 1725 Spencer, Massachusetts, was cited by a Court of Quarter Sessions for its failure to build a bridge over the Seven Mile River. It was cited again several years later. Around 1800 the state attempted to take over that stretch of the Great Post Road and turn it into a turnpike, which the town successfully resisted. Source: The Old Post Road: The Story of the Boston Post Road, Stewart H Holbrook.