Give all the toys to the little rich boys

And now to my mathematics blog, which had a quiet week because this time I'm going to blame it on travel. Here's what I did post:

And the story comics recap? It's time to learn What's Going On In Dick Tracy? Did Daddy Warbucks really kill his wife? March - June 2019 and thanks for asking.

Our tour of Six Flags Mexico resumes with some close looks at what's going on with the kids rides, in an area that's Warner Brothers Cartoon themed. Spinning-tubs ride in the kiddieland area of Six Flags Mexico, with a ... Native Americans theme to the center axis and some of the columns of the outside. ... I don't know, we just visited the place is all. 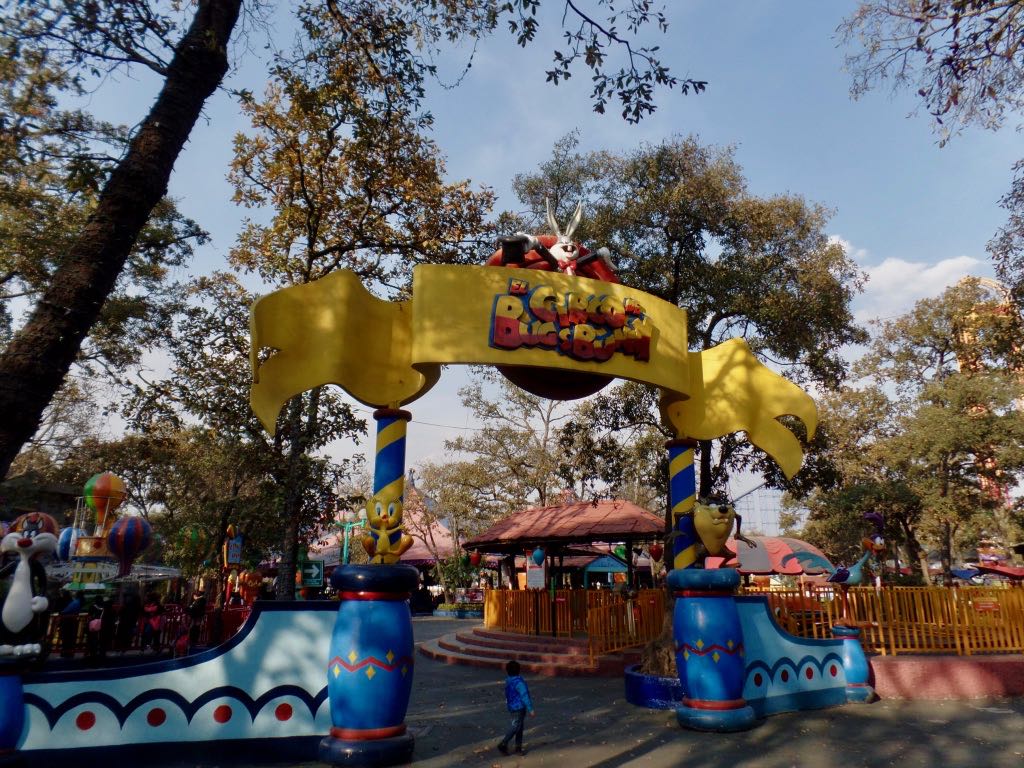 Another look at the entrance to El Circo de Bugs Bunny, this one with an actual kid in frame so you can see how big the thing is. 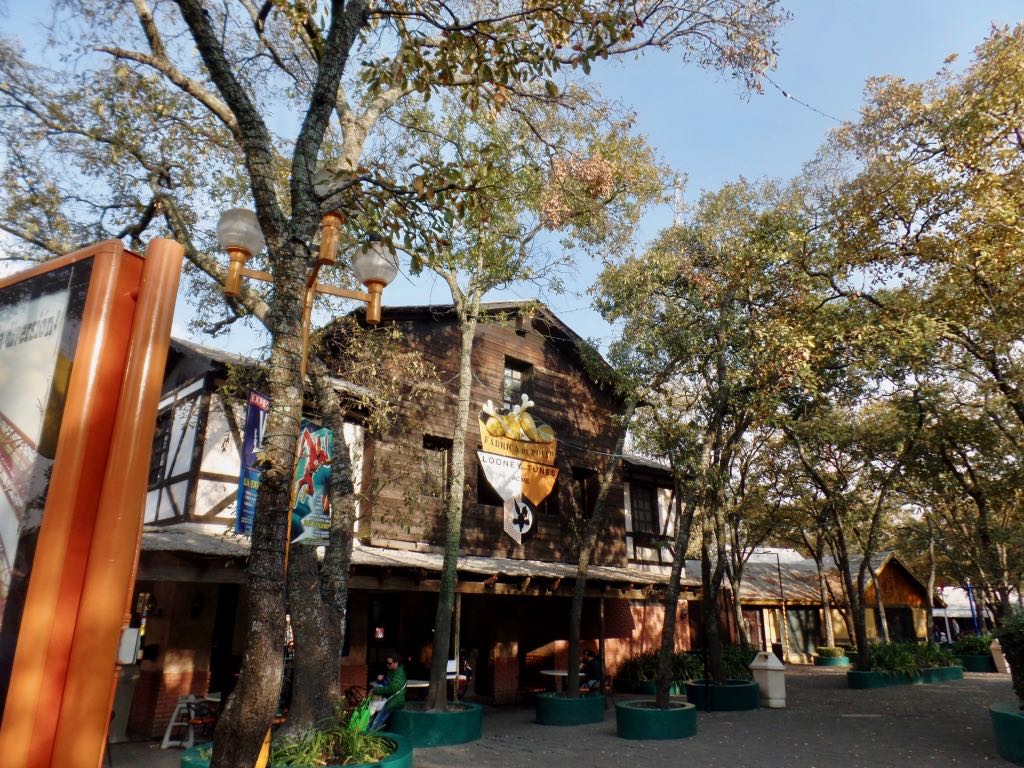 Looney Tunes: Acme: Fabrica de Pollo, is what the sign says. And the silhouette underneath is of Wile E Coyote. There's a point where I suspect that Six Flags just sprays names onto things and hopes that people will figure it must make some sense. 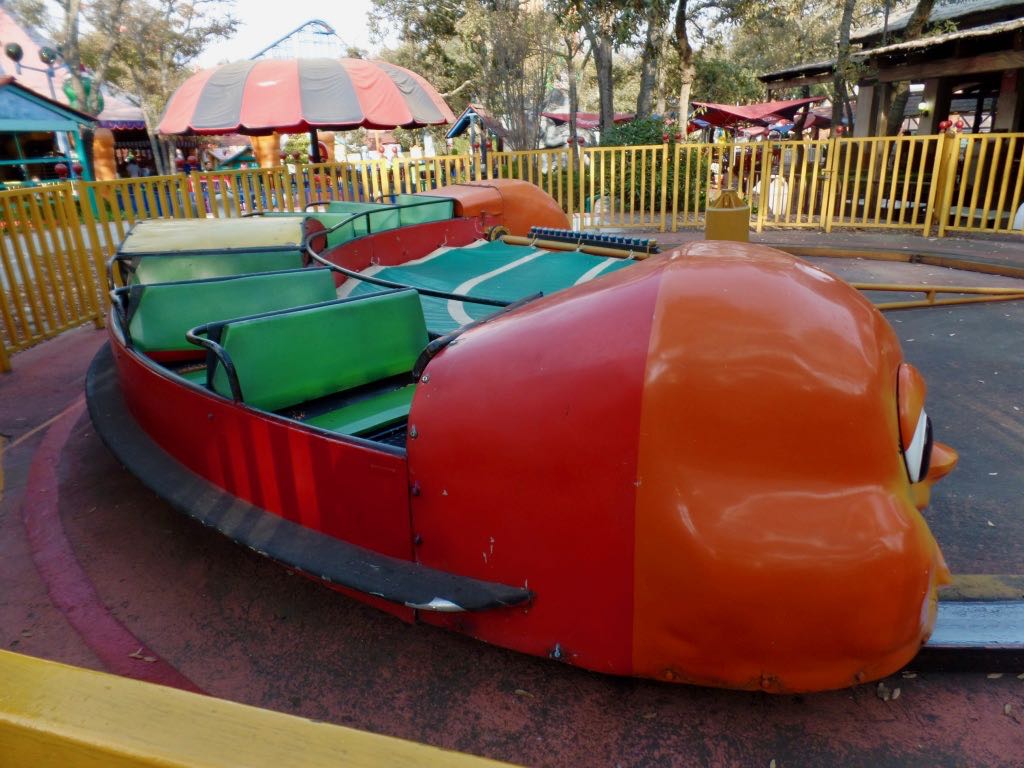 Junior Caterpillar ride at Six Flags Mexico. It looks a bit more robustly cared-for than the one at Conneaut Lake Park, but it's not that different otherwise. 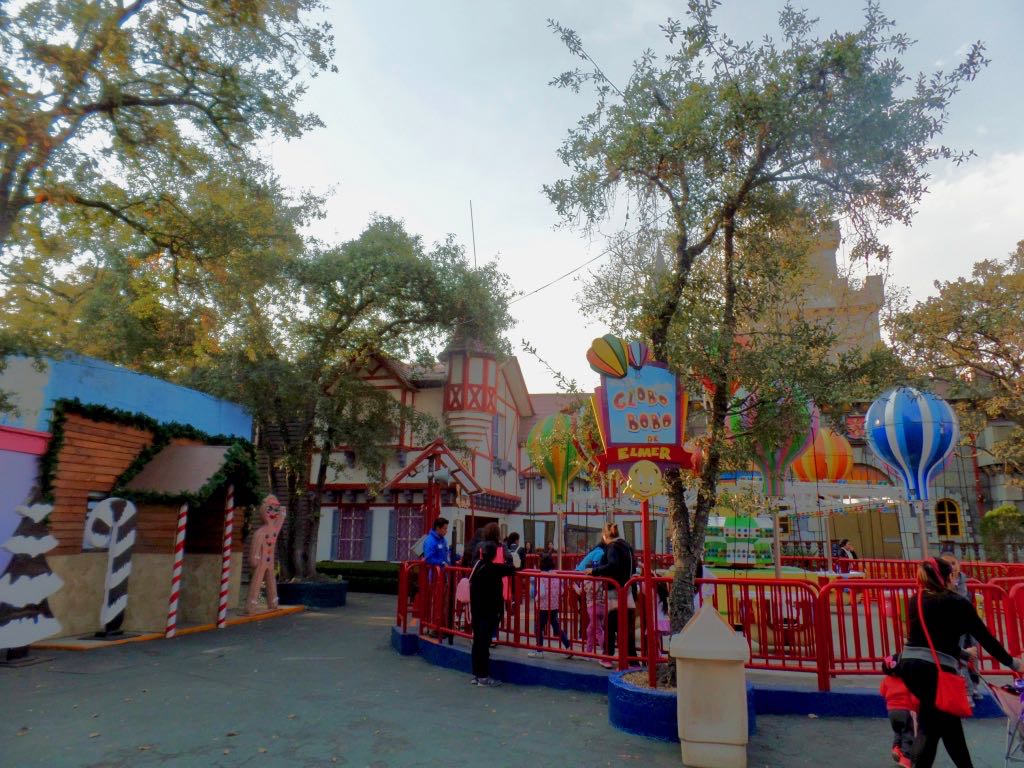 I don't know how we never called Elmer a ``Clobo Bobo'' before, but at least now we can start making up for the lost time, can't we? 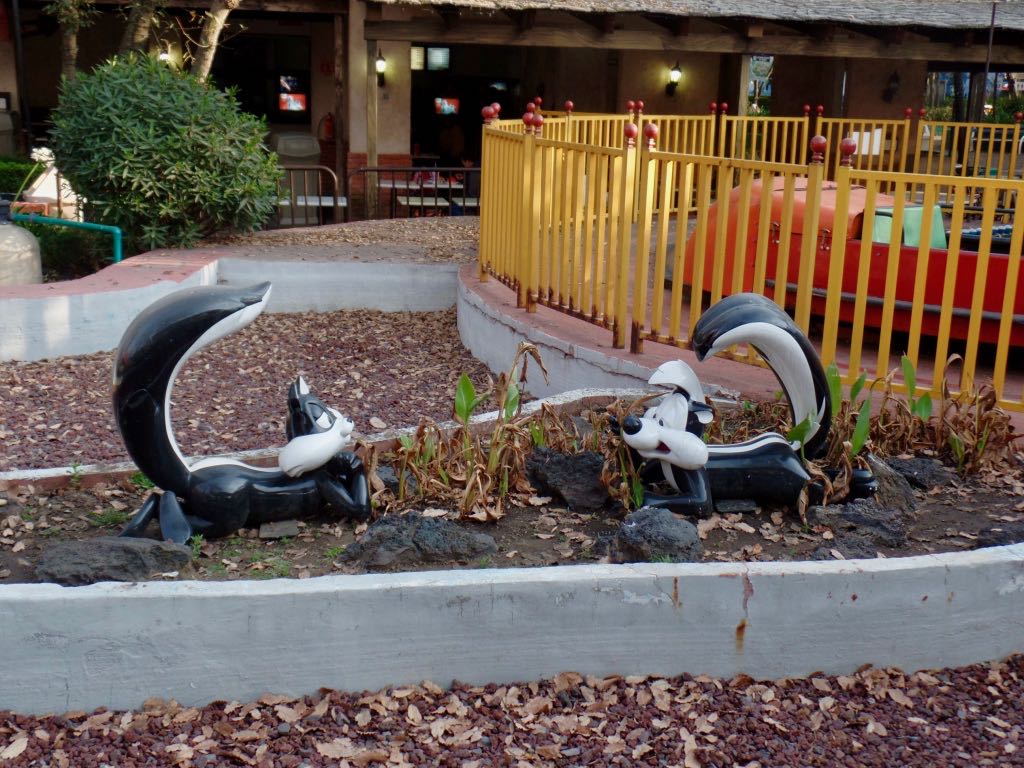 Decorative status of that poor cat who's always being harassed by Pepe Le Pew, and pepe himself. She's ... really ... giving him more time than he probably deserves, here. 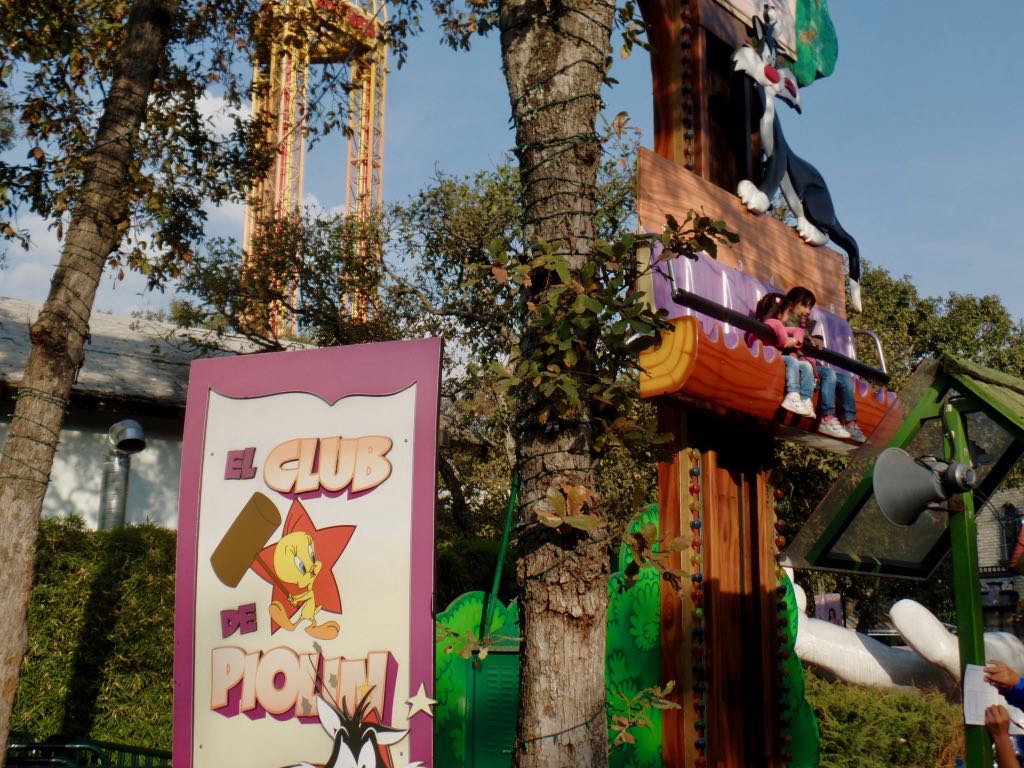 Yes, objectively it's just a Frog Hopper ride, but when you name it ``El Club de Piolín'' you're at least suggesting that Sylvester gets bonked a lot and that's fun. 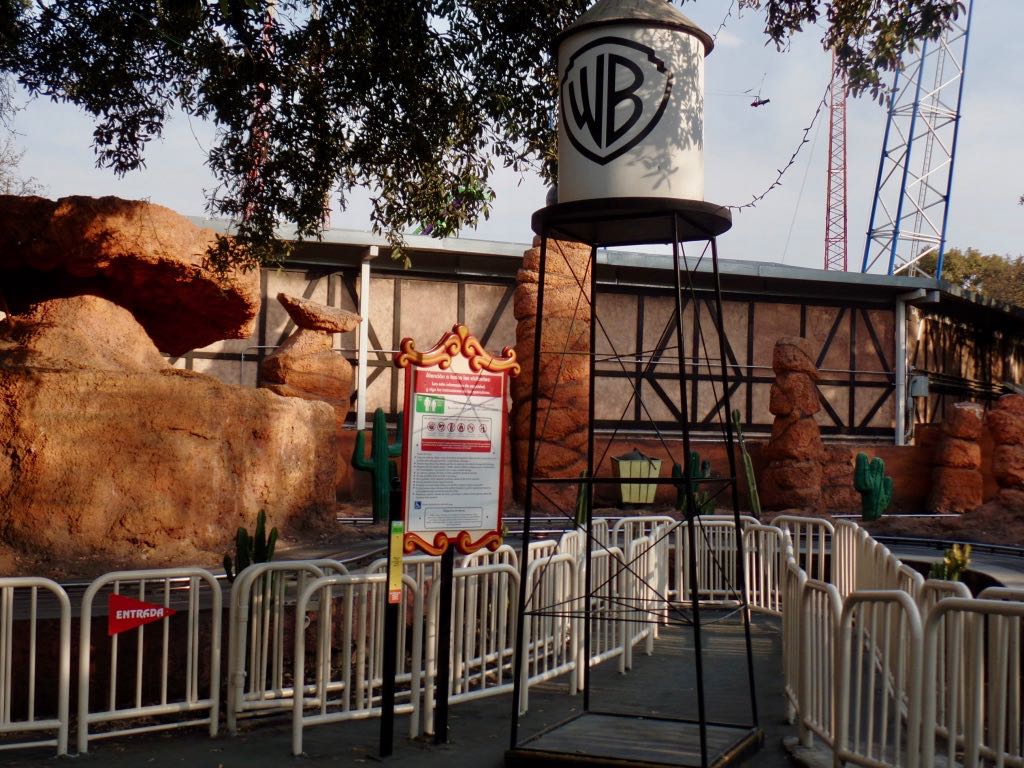 So the Warner Brothers, and the Warner Sister Dot, are smaller here than they are in their native 1990s. 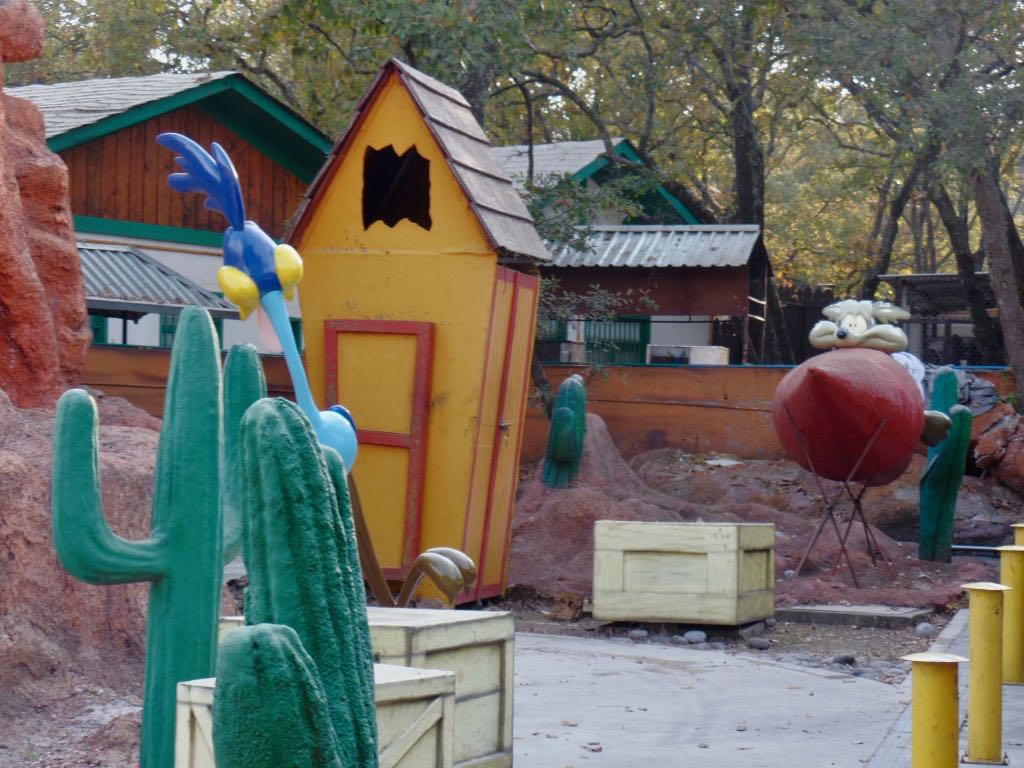 I do like how the Wile E Coyote statue has somehow captured his look of ``I just realized that I have committed to a bad idea''. 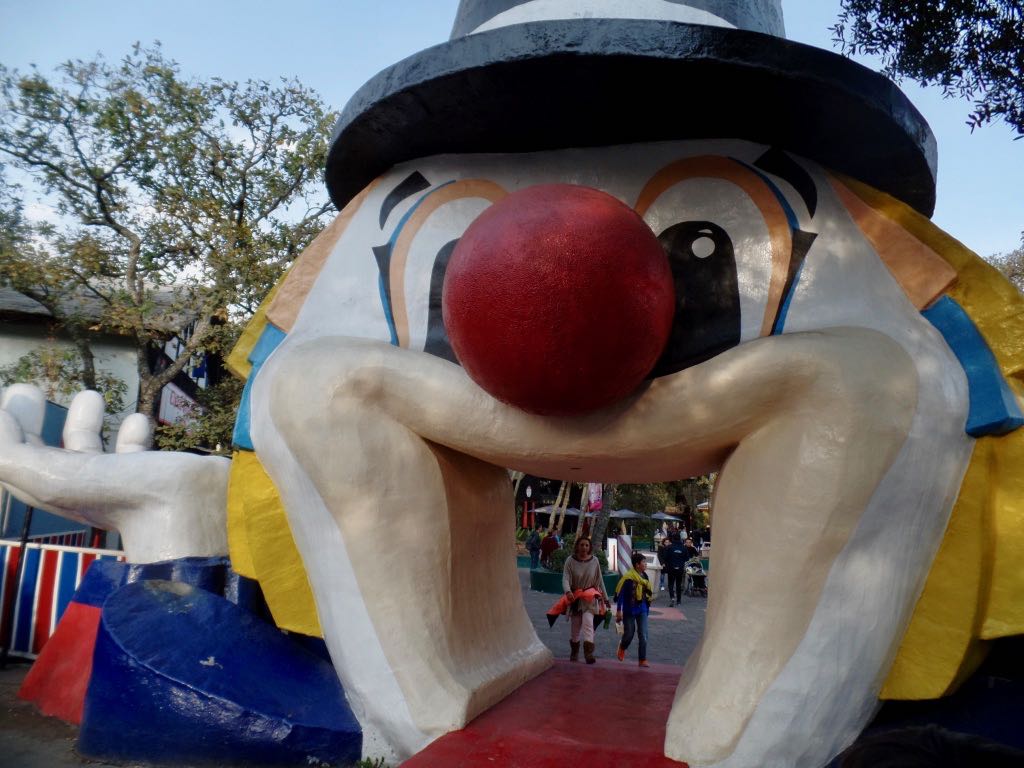 So what do you suppose the other side of this clown head looks like? 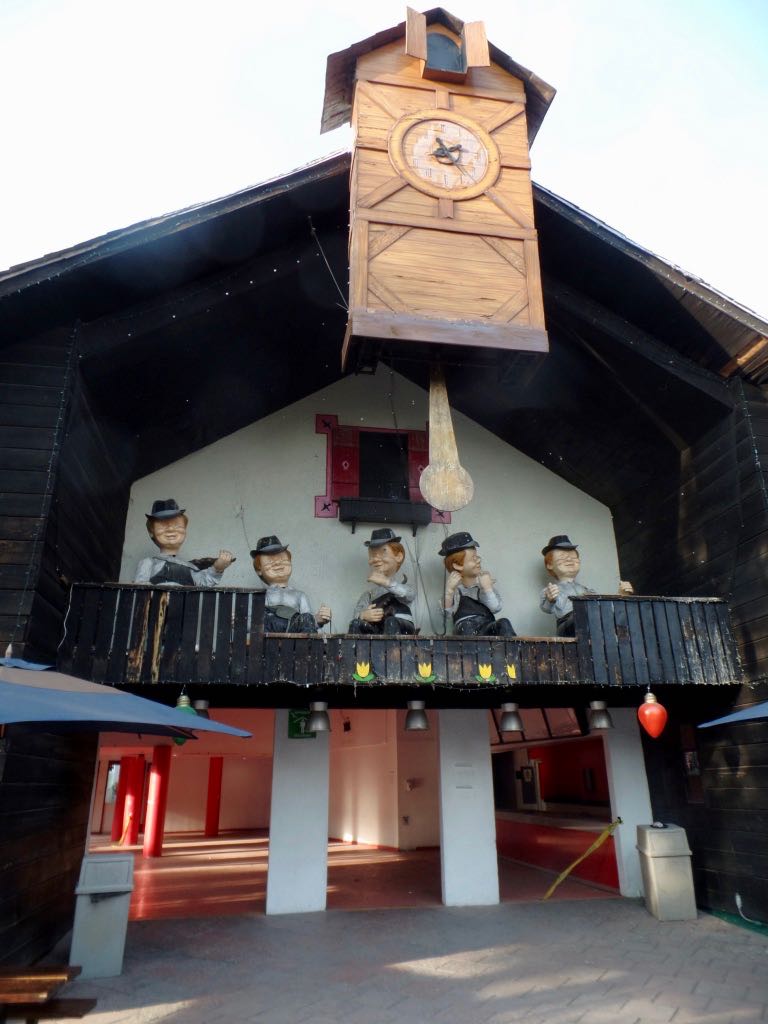 Although it's a handsome cuckoo clock design and band on the balcony, the building was wholly empty. It appeared to have been a food court, but there weren't even abandoned menu boards or I'd have gotten photos of those.

Trivia: George Reed, representing Delaware, is not just one of only six people to sign both the Declaration of Independence and the Constitution of the United States. He signed the Constitution twice, once for himself and once for John Dickinson, who had to leave the proceedings early for unknown reasons. Source: Signing Their Lives Away: The Fame and Misfortune of the Men Who Signed The Declaration of Independence, Denise Kiernan, Joseph D'Agnese.