Don't give my sister a cuddly toy

I continue to tour Six Flags Mexico while the event that's going to fill this blog the rest of the month happens. For today's installment ... oh, go check yesterday's, as there's something of a follow-up. 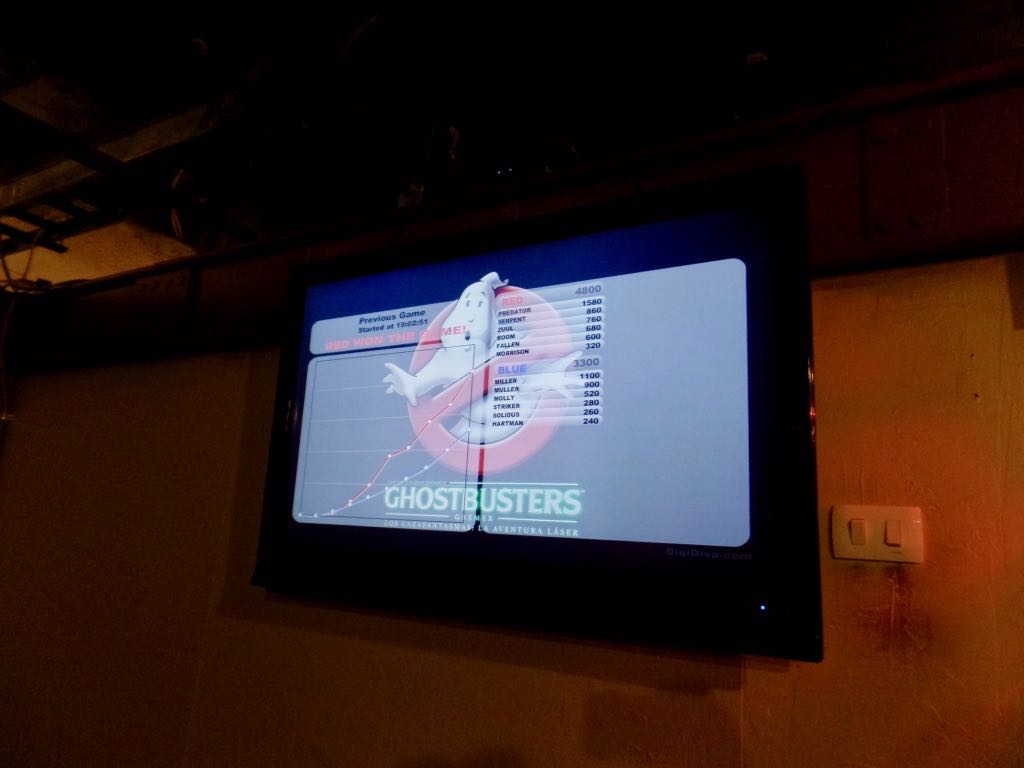 So it turns out amusement park laser tag is pretty fun. We were divided into Red and Blue teams and here, I came in a resounding last for the Blue team. Thank you, I know you're all impressed. Note that the worst player for the Red team still beat half of the Blue team. 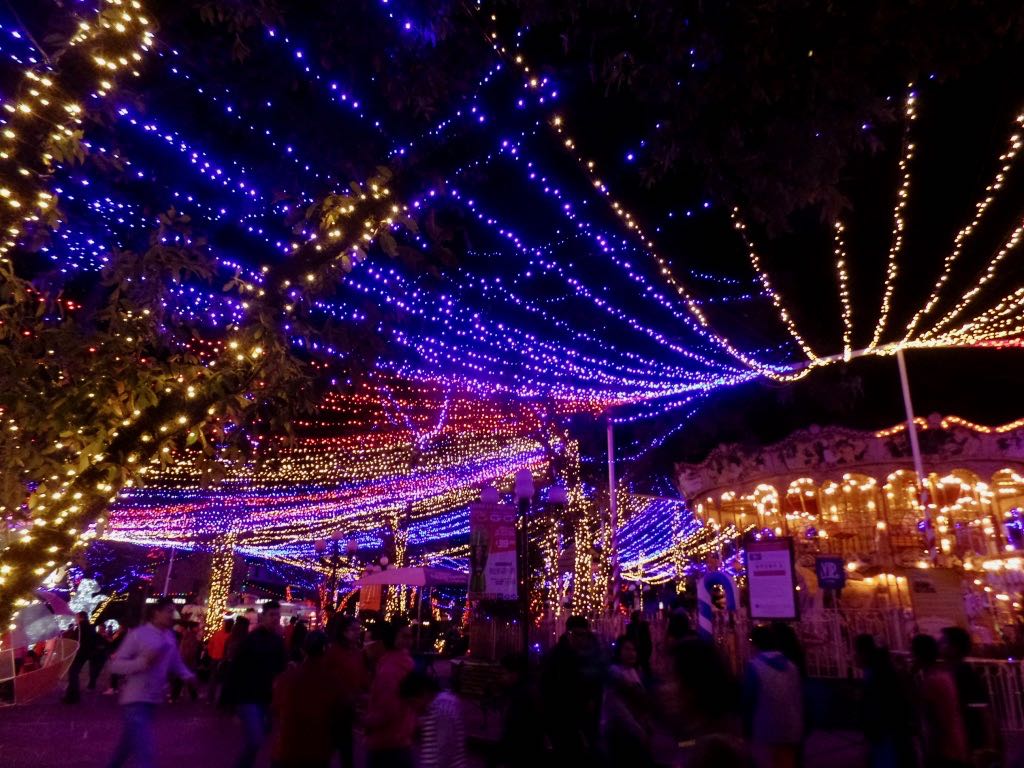 ... And while we were inside, the sun set, and the lights came on, and they were this. The same plaza with Le Grand Carrousell as we saw it when we stepped outside. 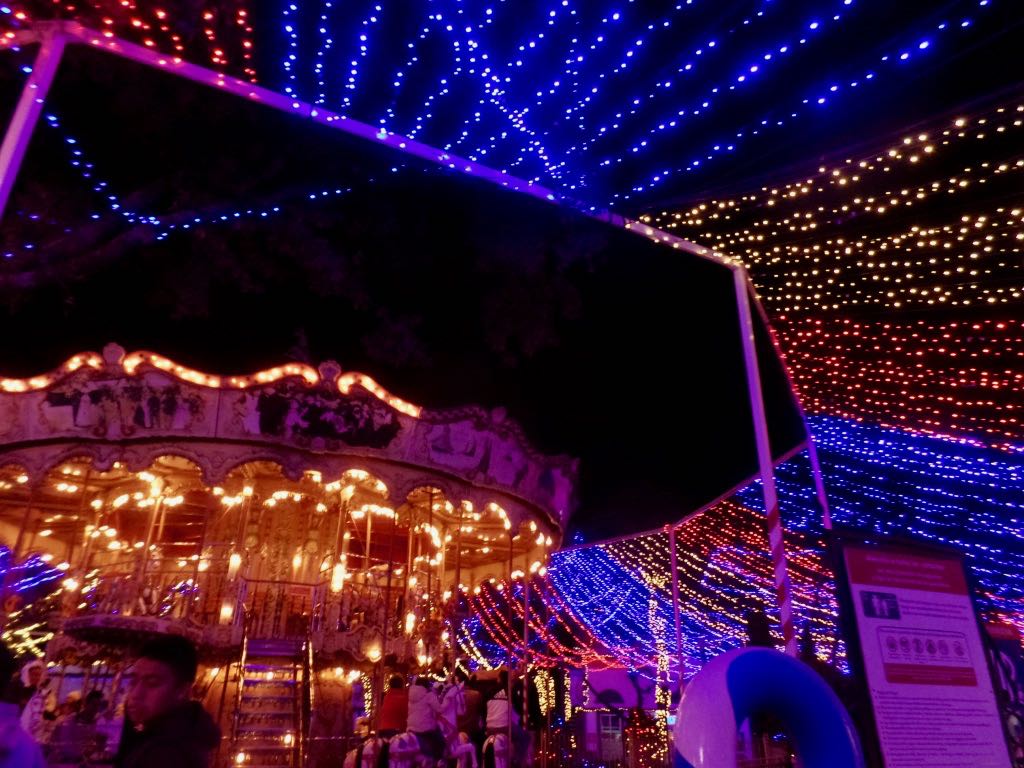 Le Grand Carrousell seen through the edge of the canopy of lights. 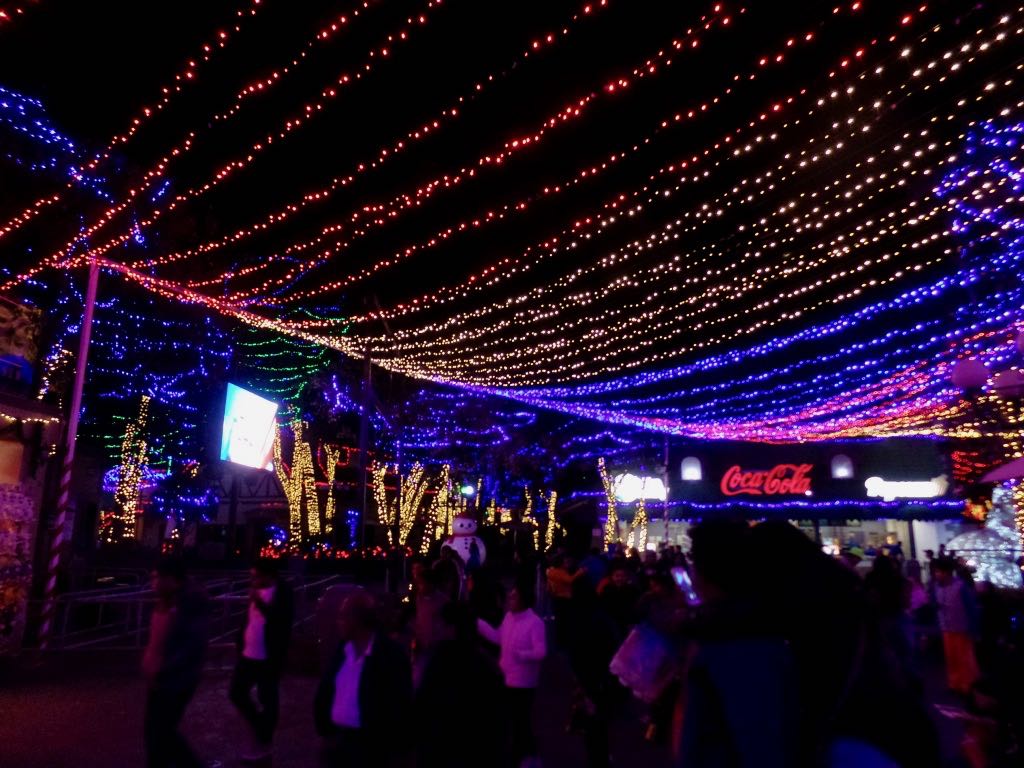 More of the canopy of lights at the center of Le Grand Carrousell's plaza. 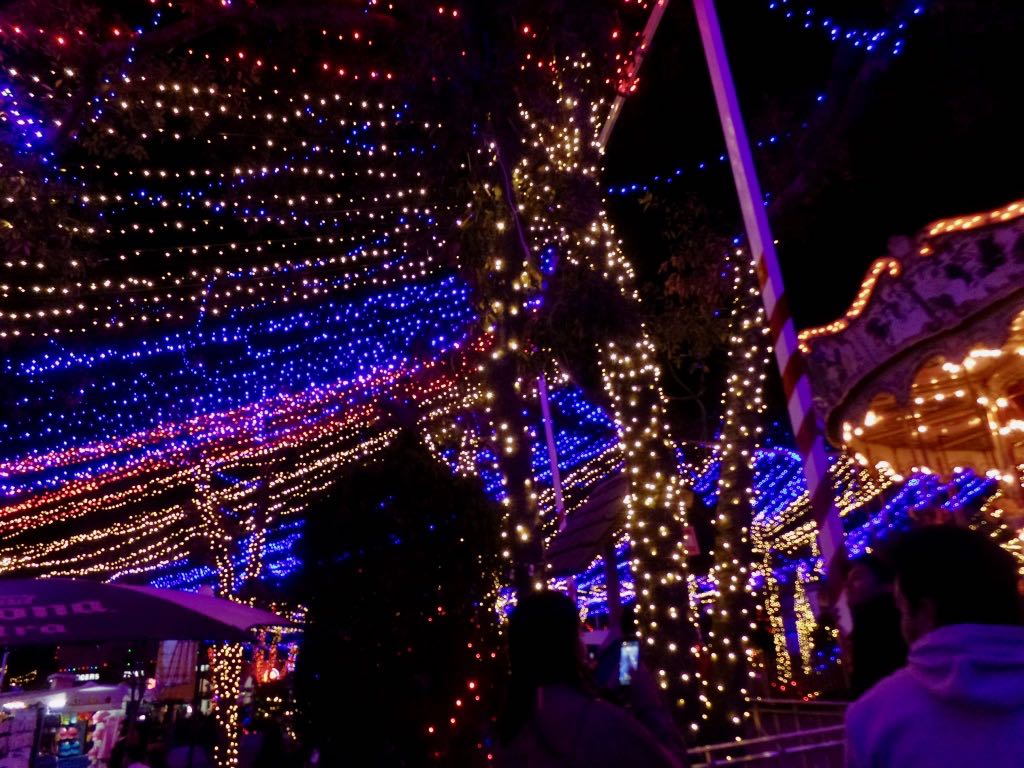 And here's the carousel plaza with some focus on the trees wrapped up in lights. 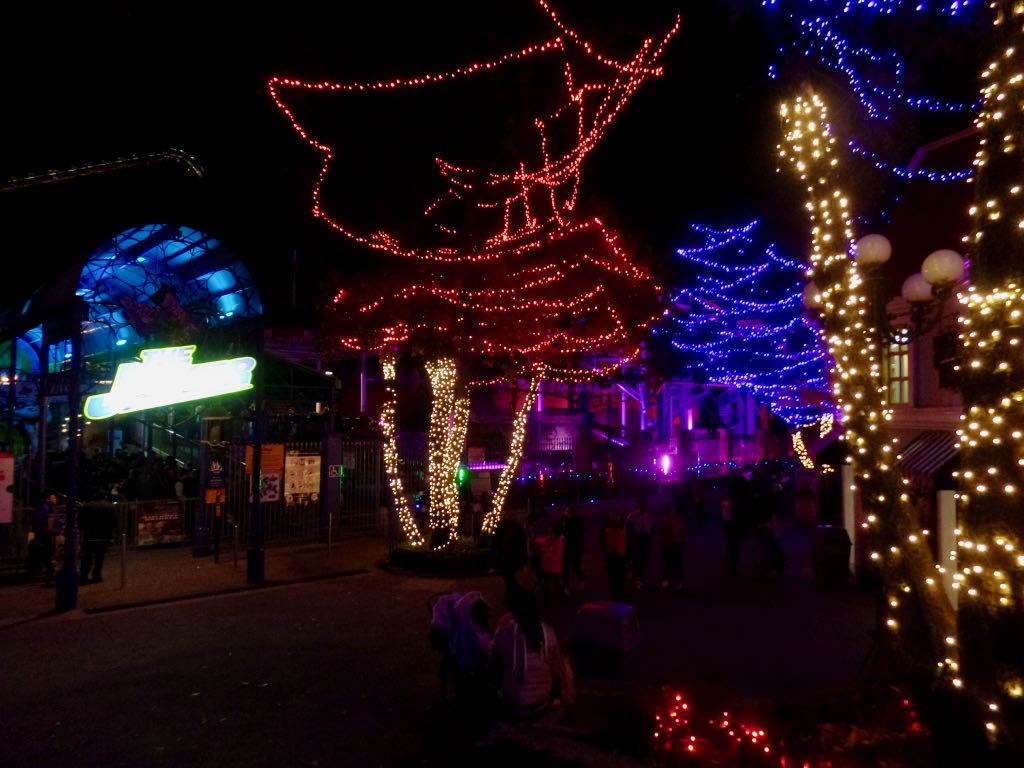 The lights near the Joker/Harley Quinn ride, showing just how many of the area trees were wrapped up for this. 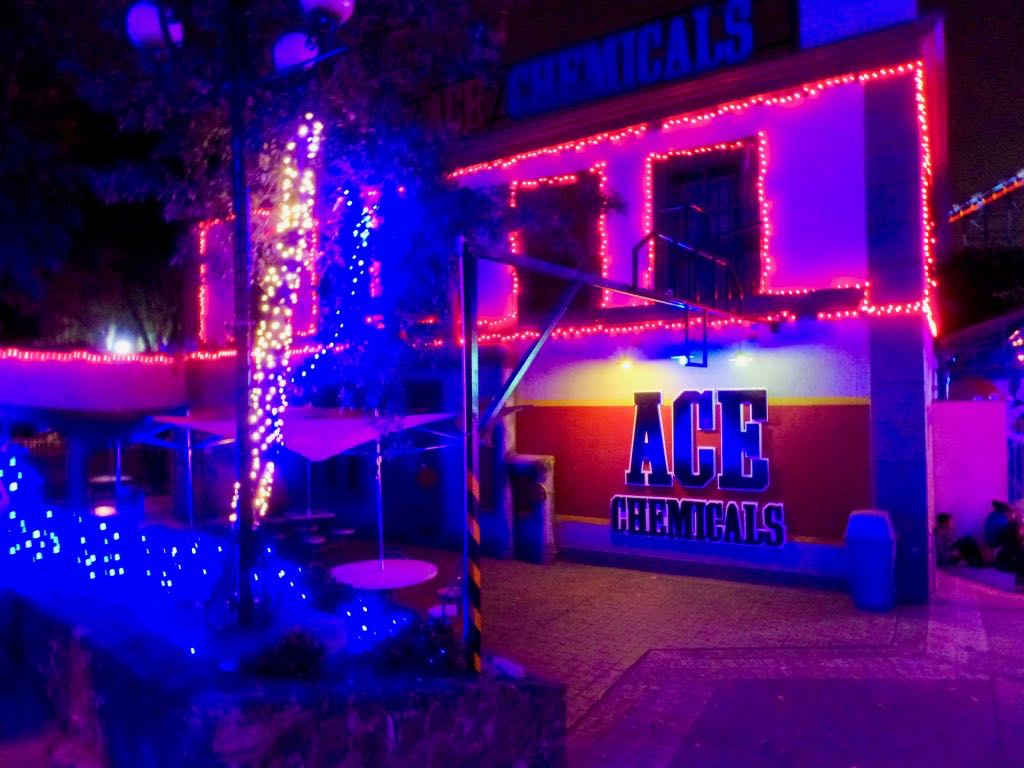 The lights were so many, and so generously done, that they made even stuff like Batman set props look cheery and vibrant. 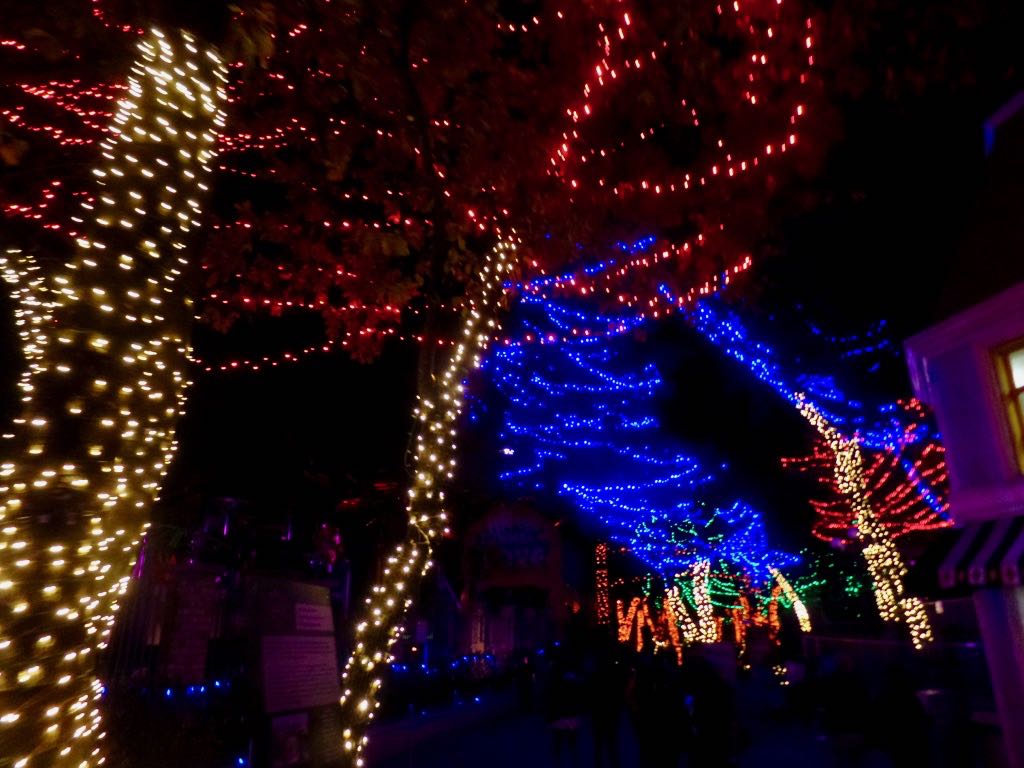 Rivers of light created by the trees wrapped up along the midways. 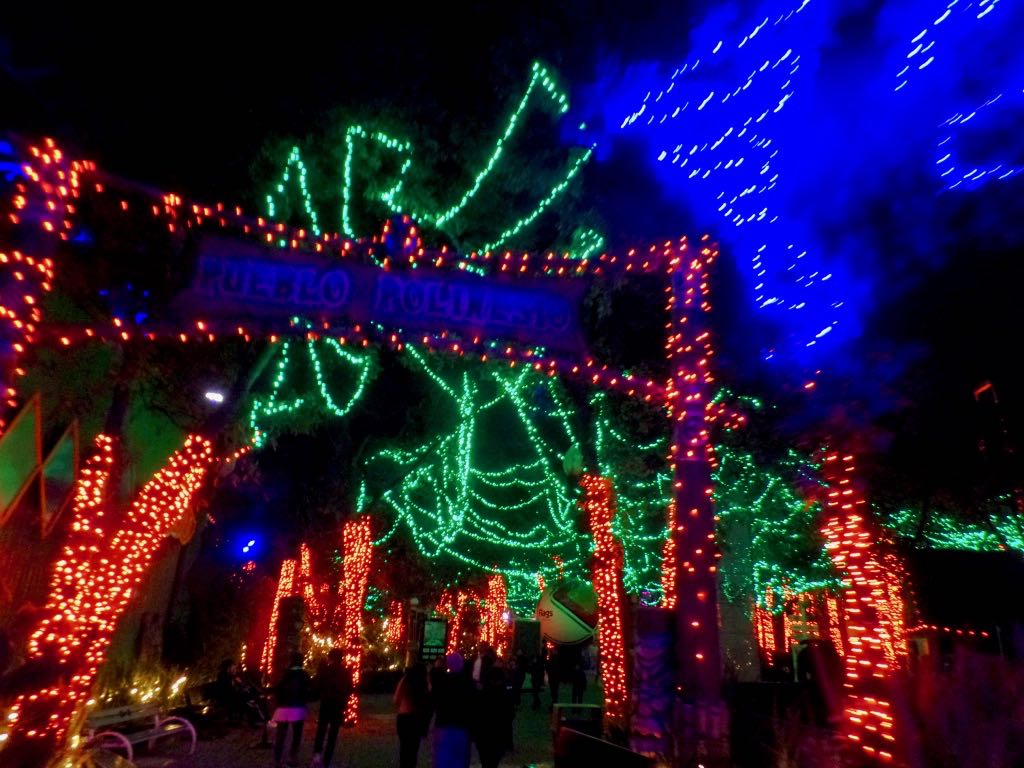 Entrance to the Polynesian Village as decorated by light. I hadn't realized at the time but it seems like they had different dominating color schemes for the various villages, perhaps? 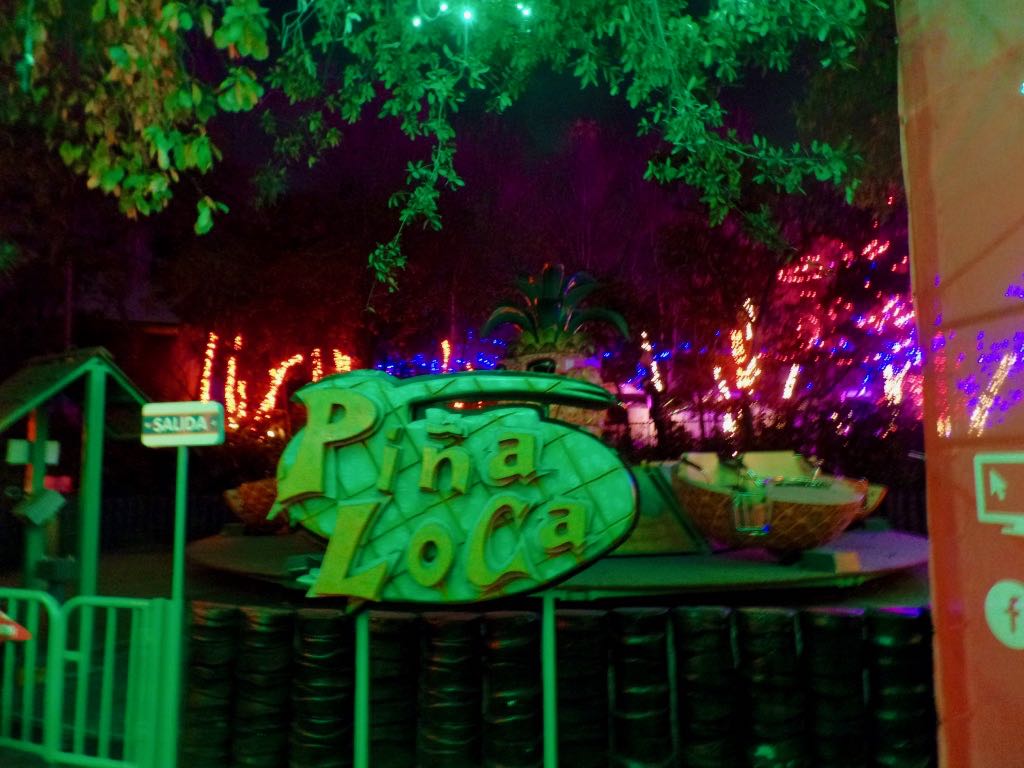 We never did get on this pineapple-themed spinning ride, but it looked great to start with and only better in the illuminated night. 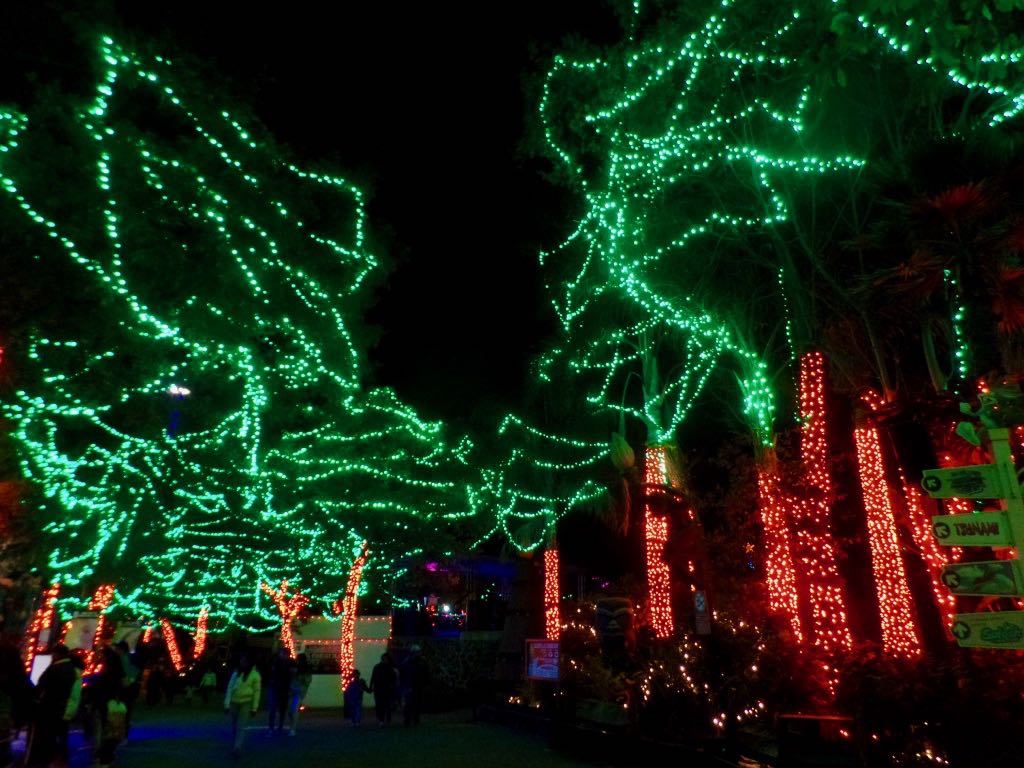 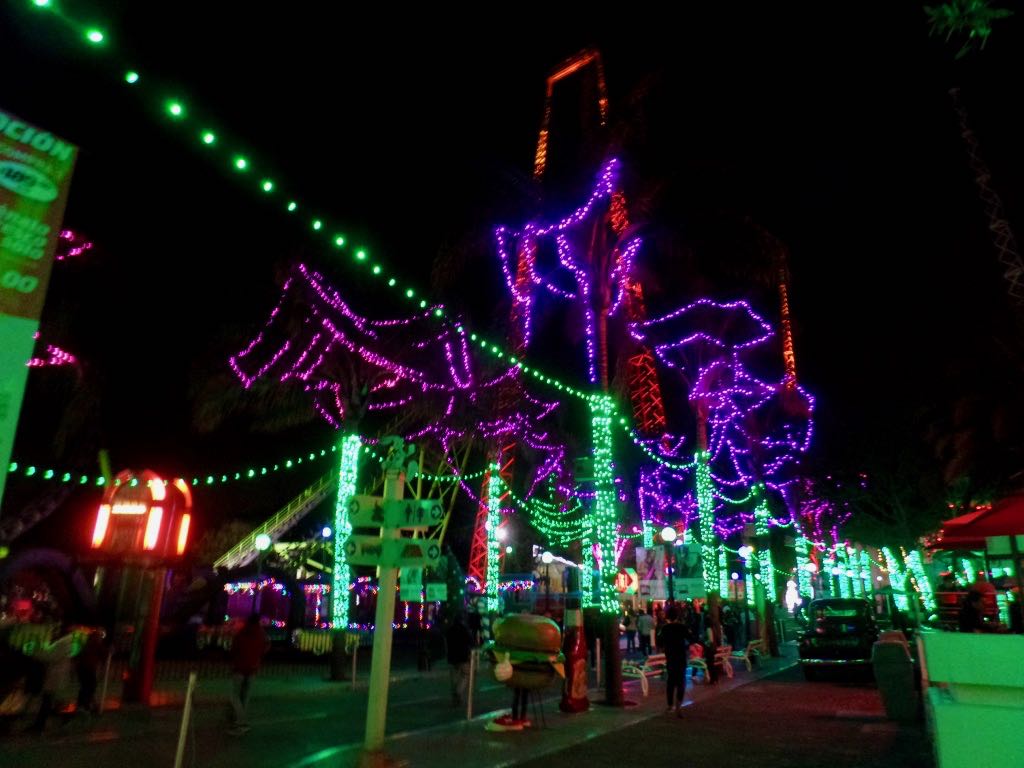 And some similar towers of light in the Hollywood-themed area. In the background is the Boomerang, that was my unaware 200th roller coaster. And which I find, according to the Roller Coaster Database, seems to have been the first Boomerang-model roller coaster built but not the first one operated in the world. Maybe.

Trivia: While editing Science And Invention magazine Hugo Gernsback arranged what he claimed to be the first ever ``entirely successful'' act of hypnotism over the radio, with Joseph Dunninger (the magazine's head of the magic department) putting one Leslie B Duncan into a trace from ten miles away. Source: Time Travel, James Gleick.