We don't want a jigsaw or Monopoly money

Yes, I've come to the night of our visit to Six Flags Mexico. It all still looks great, though, don't you agree? If not, let me make the case a little bit more, thus: 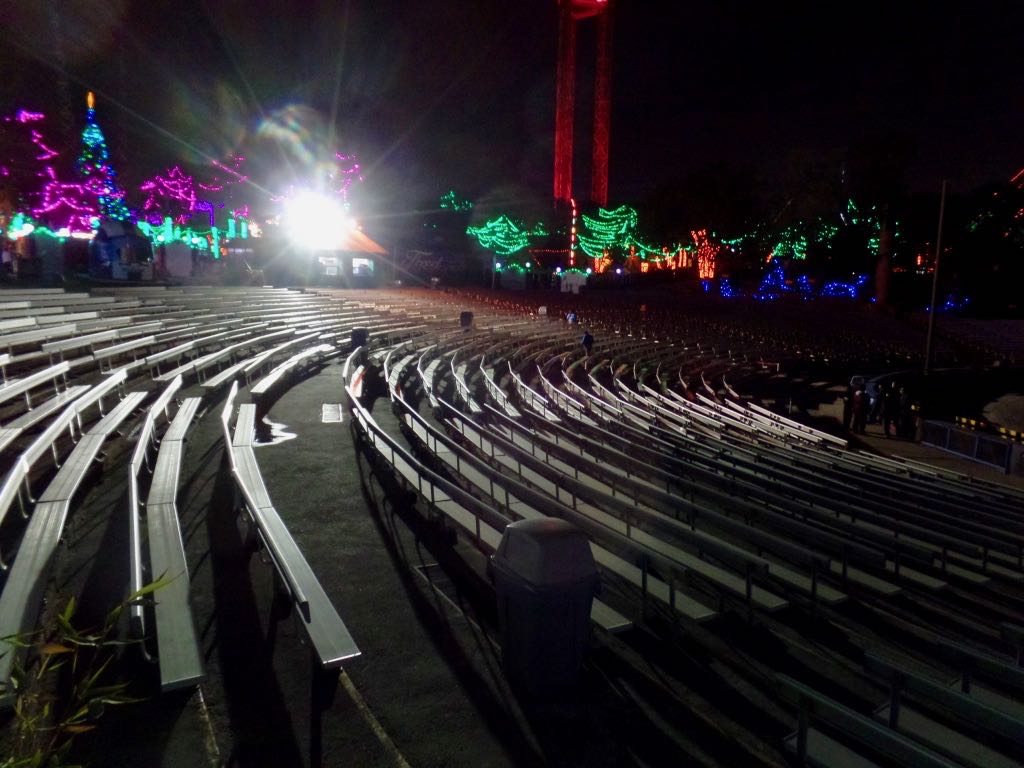 View of the performing amphitheater by night, with a couple of spotlights allowing for this great stark shot. 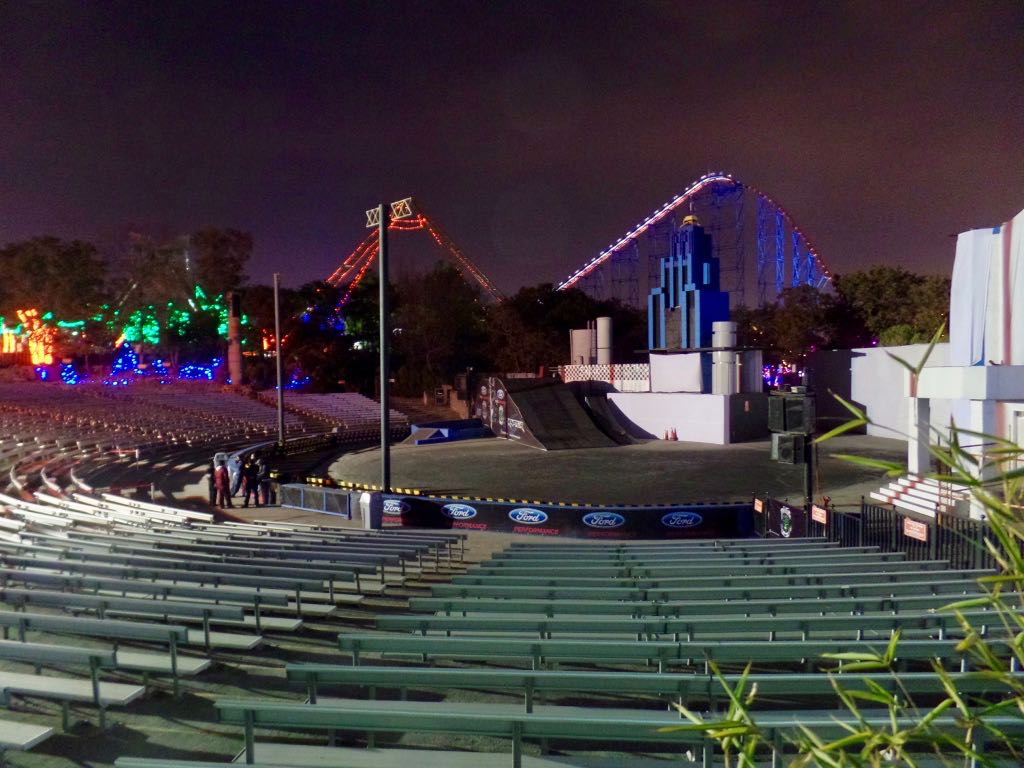 The stage as seen at night. The plywood stand-ups are gone now but I don't know what the ramps are for. Superman continues his Último Escape from being ridden. 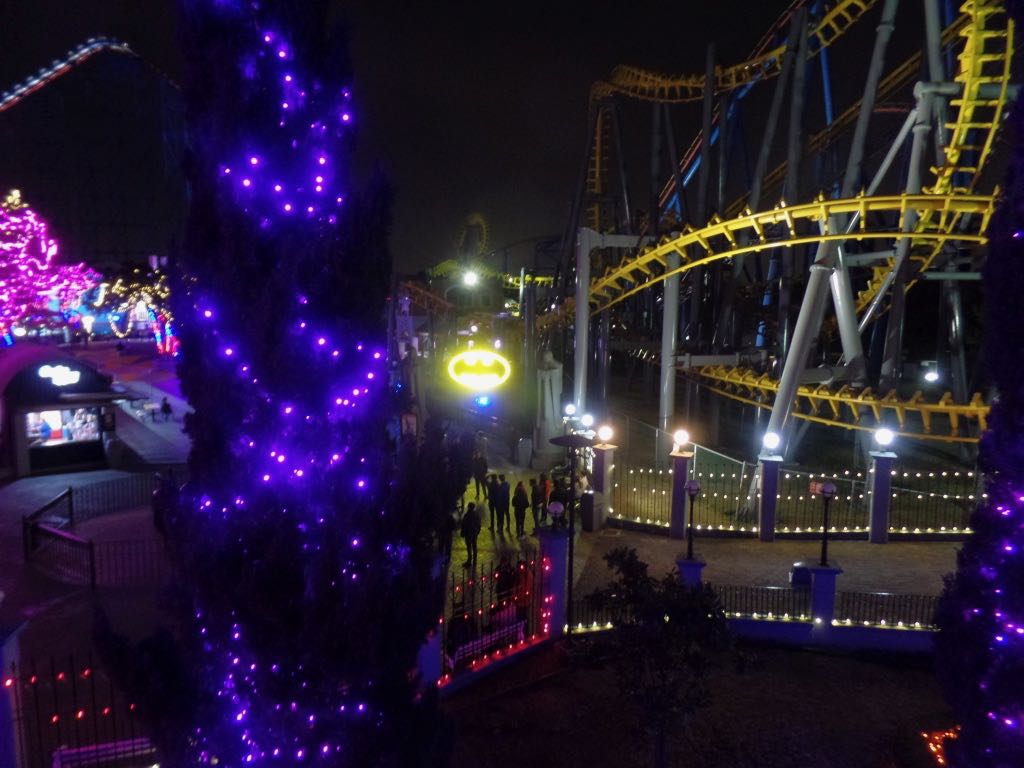 The path down to that plaza with the Batman The Ride. I think it still promises a ten-minute wait for the ride here. 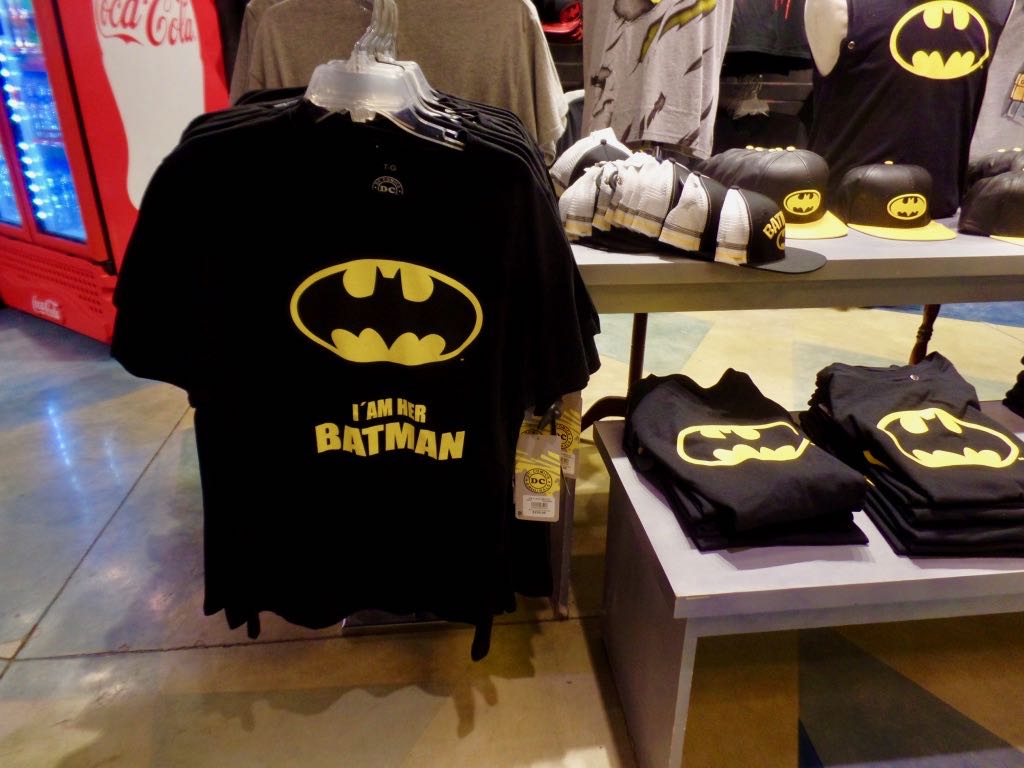 Slightly baffling souvenir T-shirt from the Comics Shop perched above Batman The Ride. ... If it had said something about a specific ride I might have picked it up just for the oddness of it. (Six Flags Mexico had a shortage of park merchandise that highlighted or even mentioned what park it was from.) 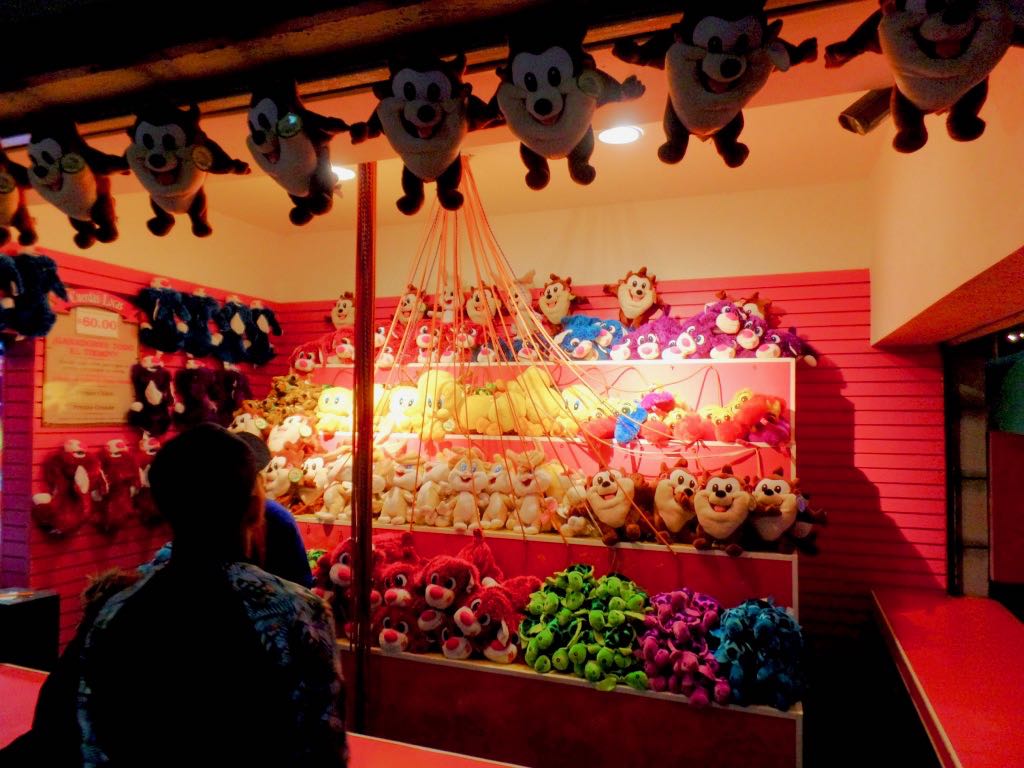 Remember the Baby Looney Tunes? They're still around in plush form at a redemption game I didn't see anybody play and that I can't understand from the picture here. 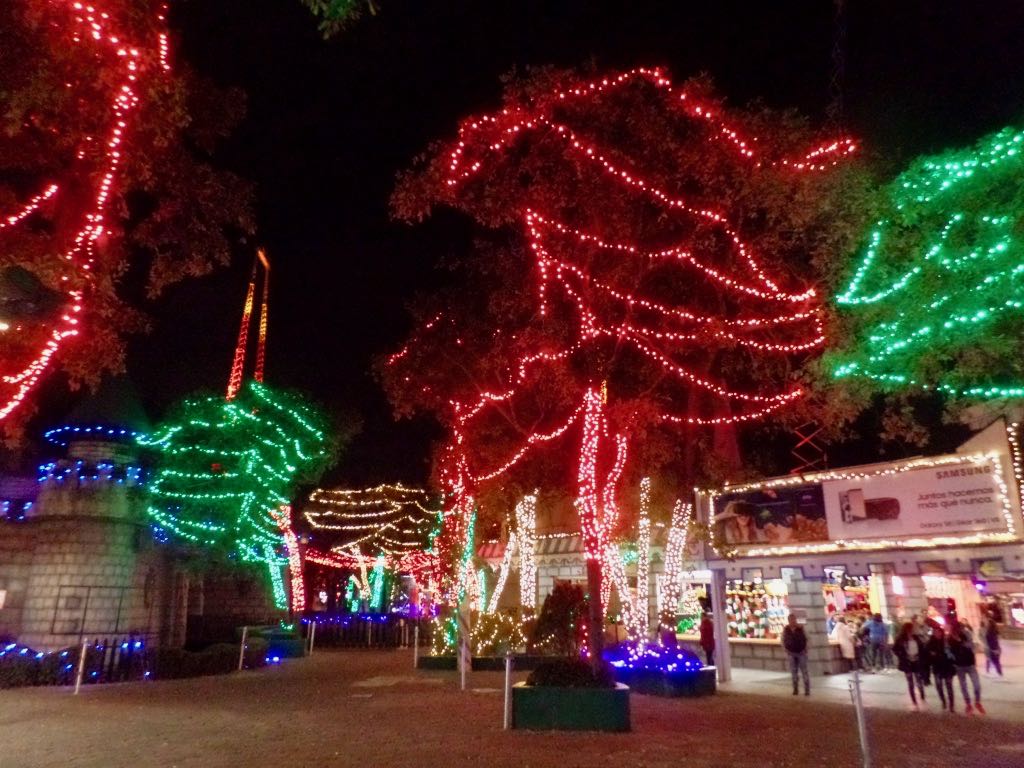 What the Swiss Village looked like in the night. This picture did well at getting the leaves illuminated by the ambient lighting. 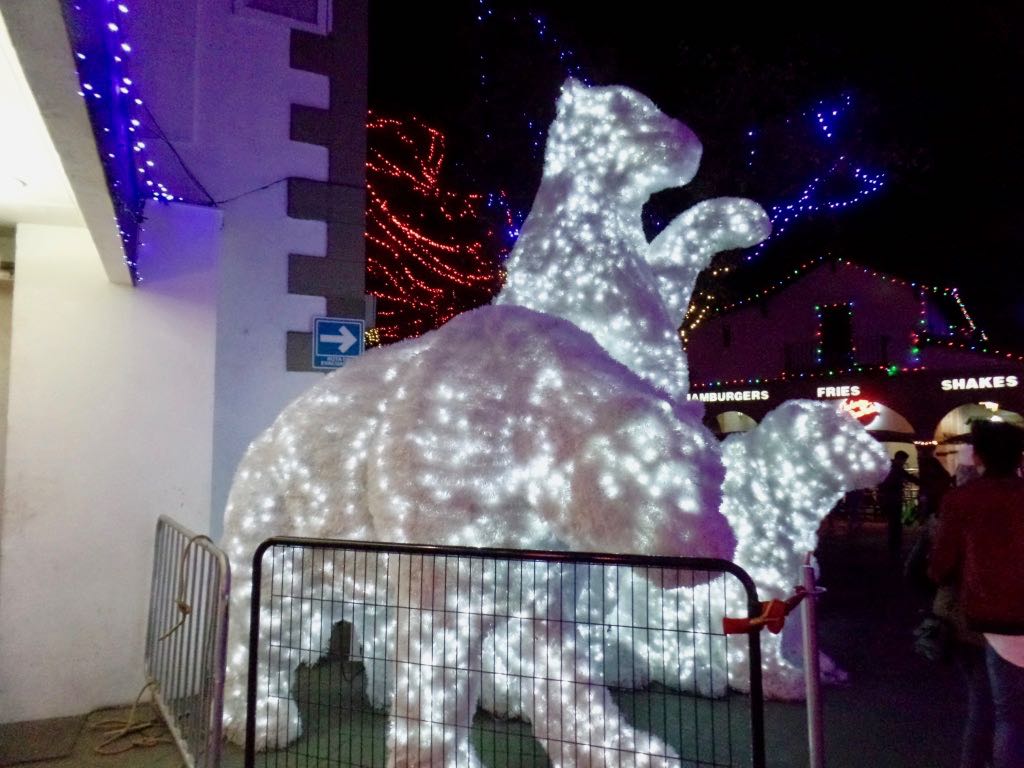 Hey, it's those polar bear statues from before, only now looking a good bit more cosmic. I'm impressed by the face of the front polar bear forming a shadow against the bear that's behind it. 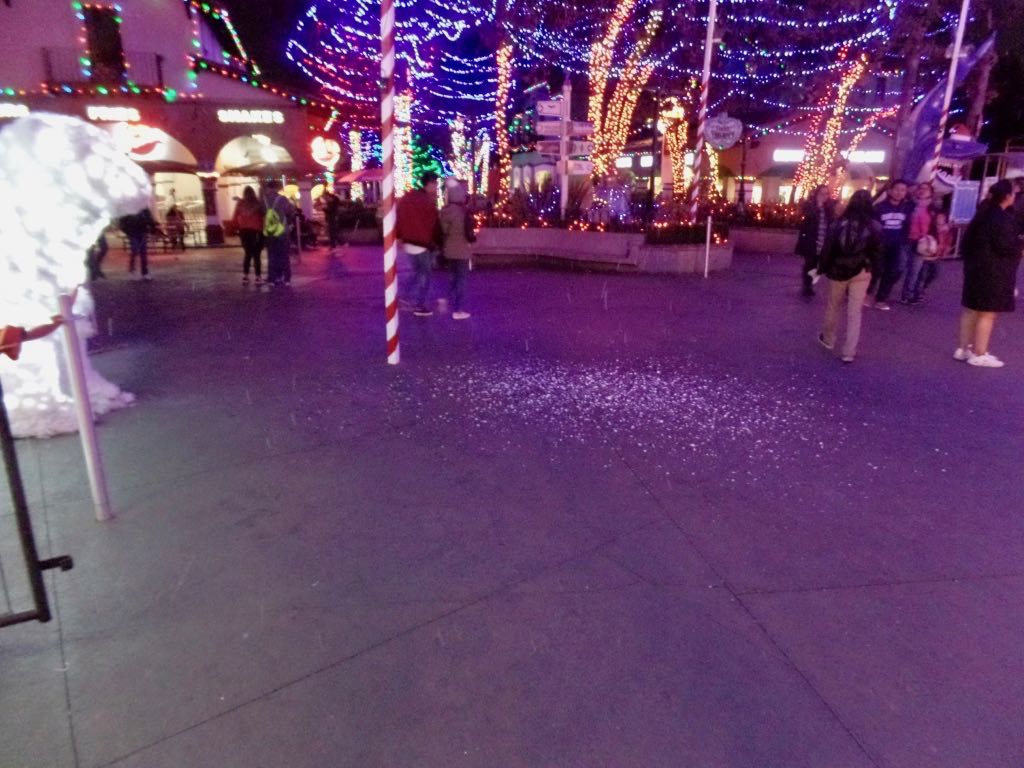 They had artificial ``snow'' which turned out to be the same cold, tiny soap bubble thing I'd seen on Orchard Road in Singapore way back at the start of this journal, in December of like 2005. Here, the pumps conspired to make a pile of it fall into a gradually quite clean mess. 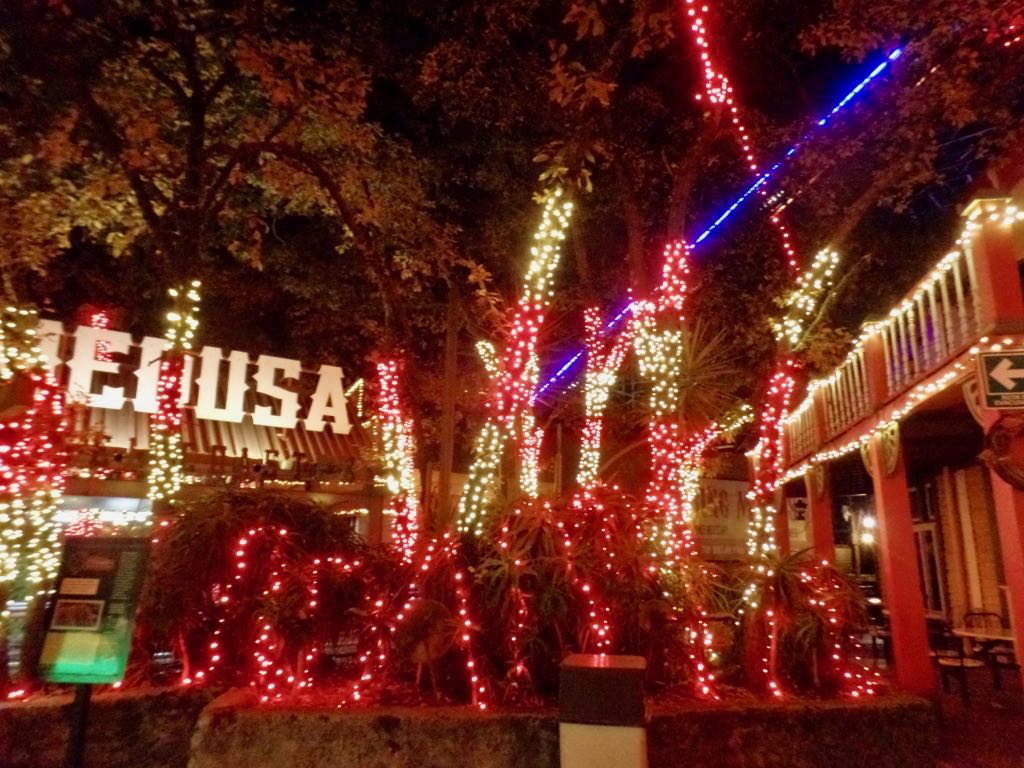 What better time to get a night ride than on Medusa Steel Coaster? Here's the environs in the Cowboy Village. 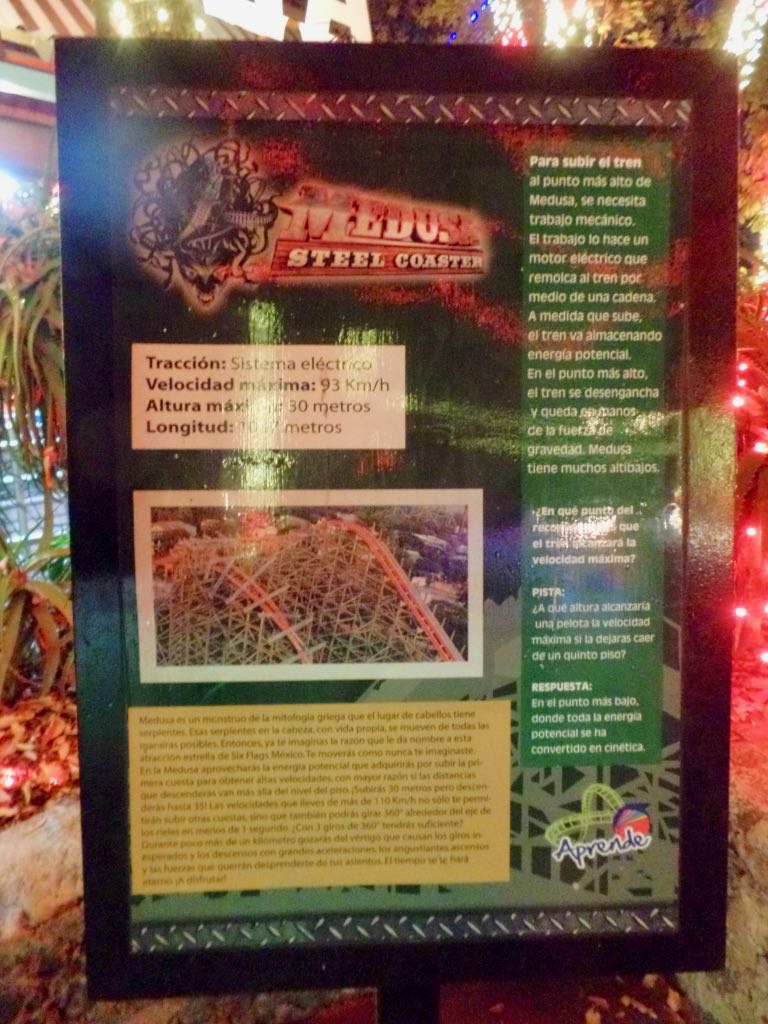 And a sign that explains the Medusa Steel Coaster's whole deal, including things like how the train gets towed to the top of the lift hill. 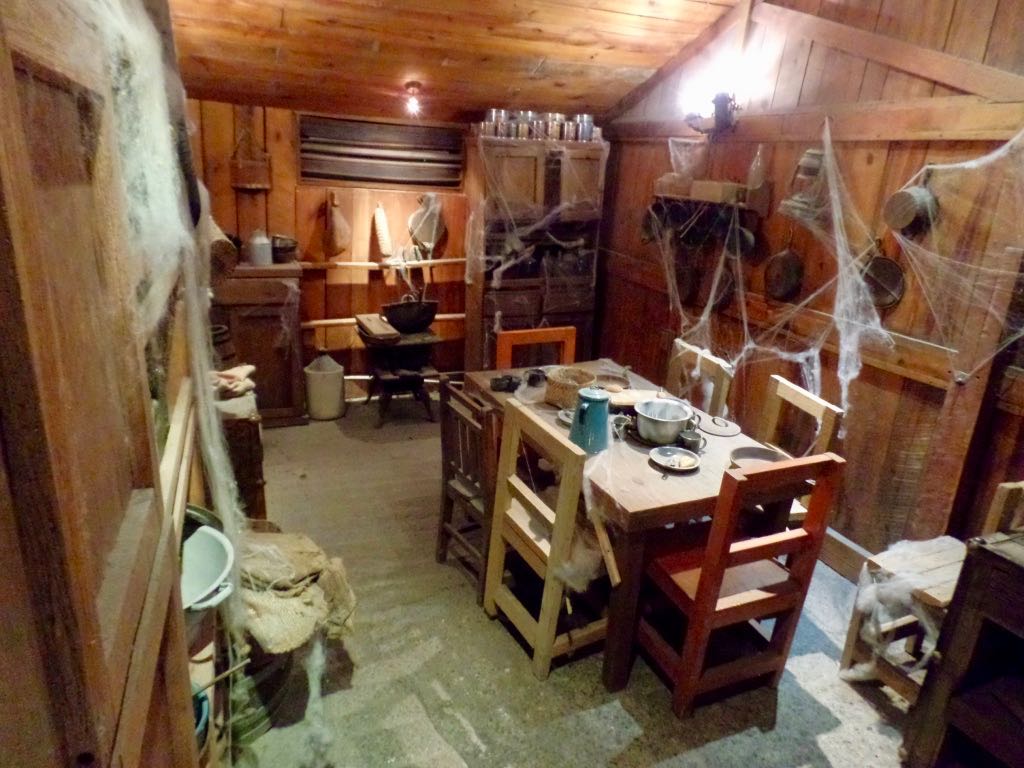 One more look at the mining shack inside the Mystery Spot walkthrough on the way to Medusa Steel Coaster's launch platform. For the first time I have a good picture, since the interior lights were on. 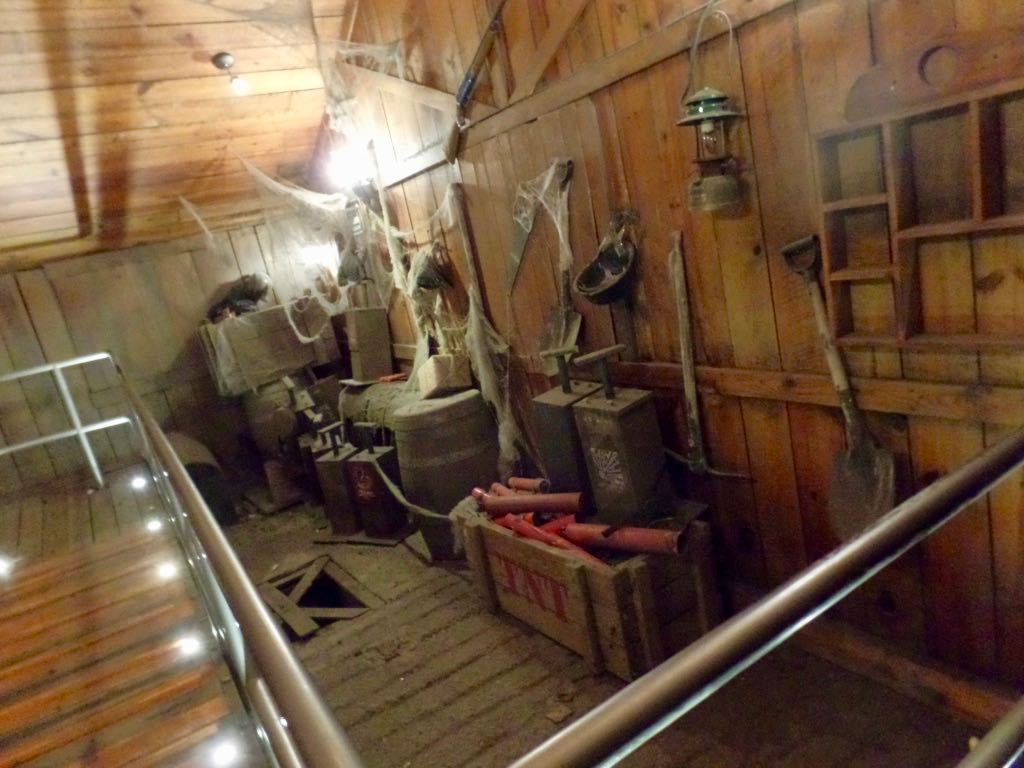 Well hey, I didn't notice the big stacks of TNT and plunger triggers. That's definitely safe stuff to have hanging around your mining cabin!

Trivia: The greatest single oil-rights auction for Osage land netted nearly $14 million. Source: Killers of the Flower Moon: The Osage Murders and the Birth of the FBI, David Grann.