We only want the real McCoy

I got my humor blog a full week ahead of deadline! So I didn't have to worry about writing these things while we were off on our amusement park trip, to be reported on at length shortly. Here's the stuff I had written:

And now I resume giving you a photographic tour of one evening at Six Flags Mexico. 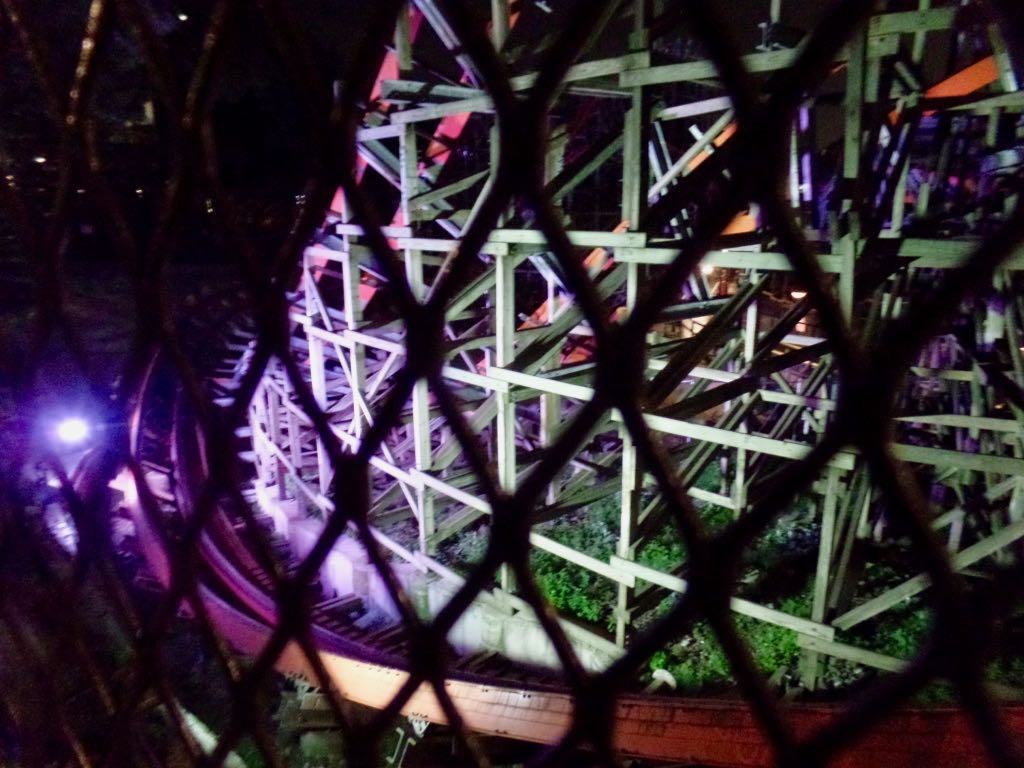 Medusa Steel Coaster seen at night, through some of the fencing. The lights aren't all the same color and do add some great hues to the white support structure. 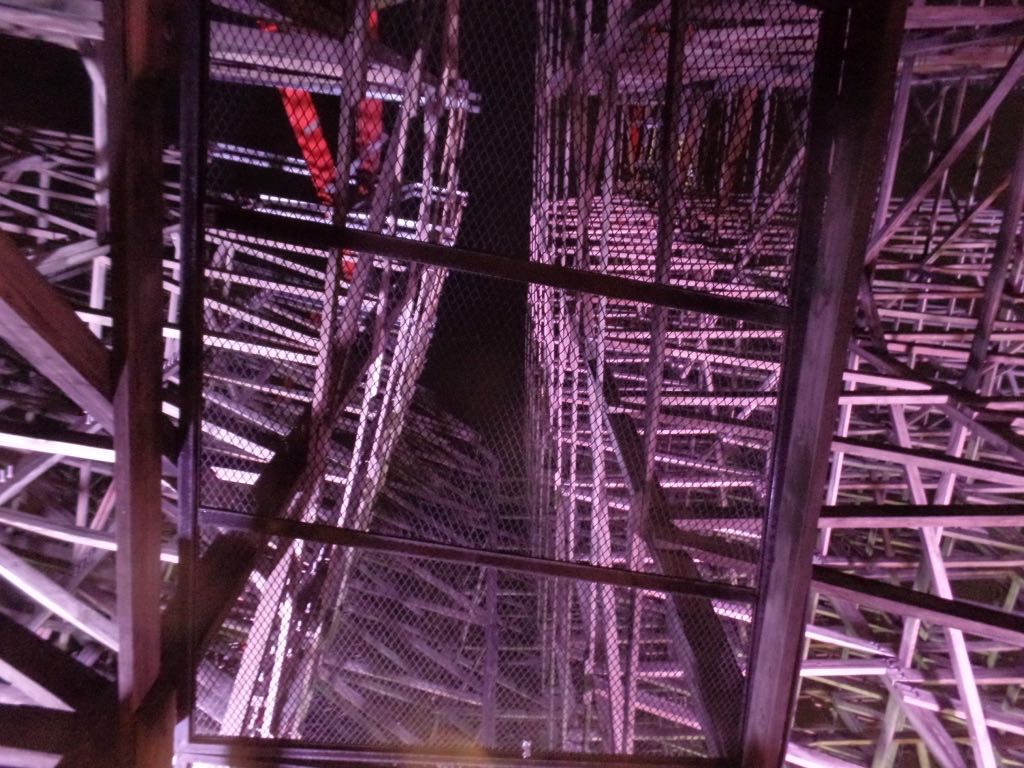 A look up some of the taller support structure of Medusa Steel Coaster, with the night sky making a great backdrop. One of the twisty turnarounds of Medusa Steel Coaster, with the roller coaster's launch station in the background. 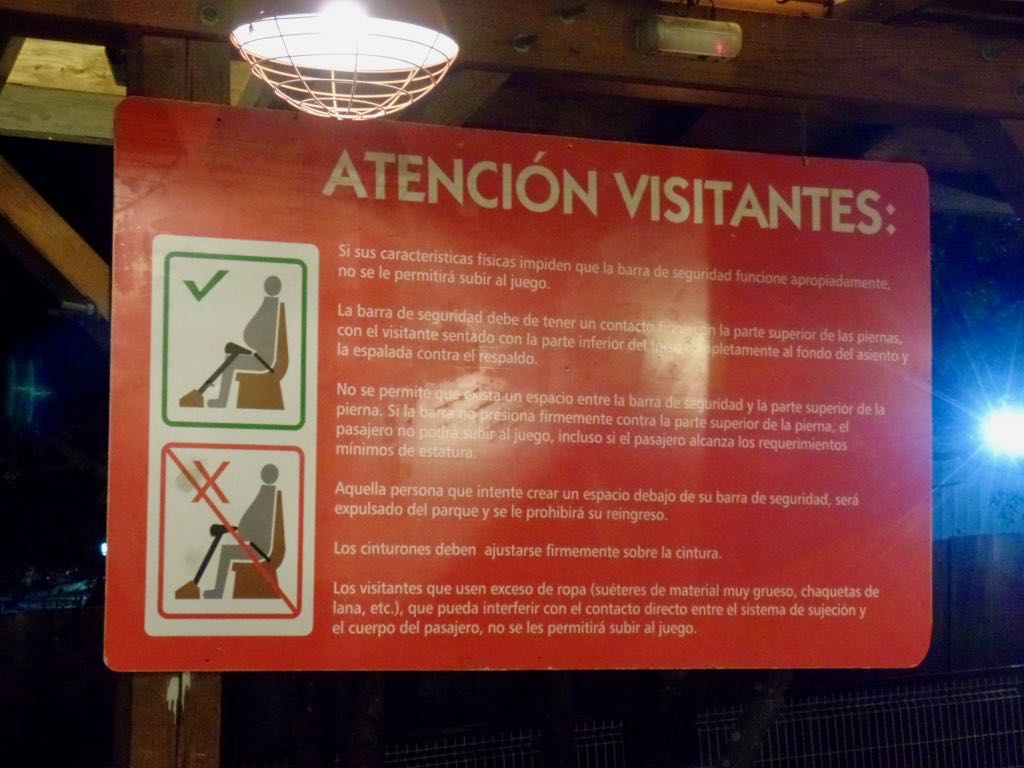 Warning sign at Medusa Steel Coaster, with images that seem to suggest you can't ride if you're pudgy. (What it means is that the lap restraint has to lock down, which yes, is critically important.) 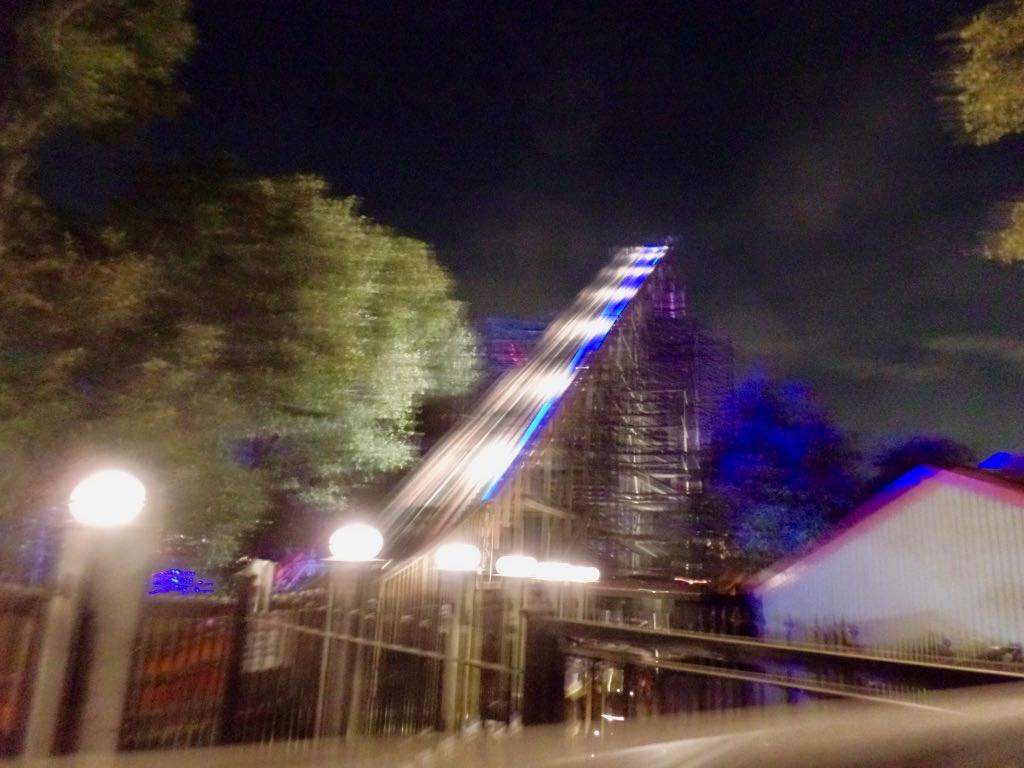 After-ride picture of Medusa Steel Coaster going up the lift hill. I had the camera resting on a fence but apparently that was shaking more than I realized. I hadn't yet learned that my camera has a low-light image mode that might have gotten the great version of this picture. 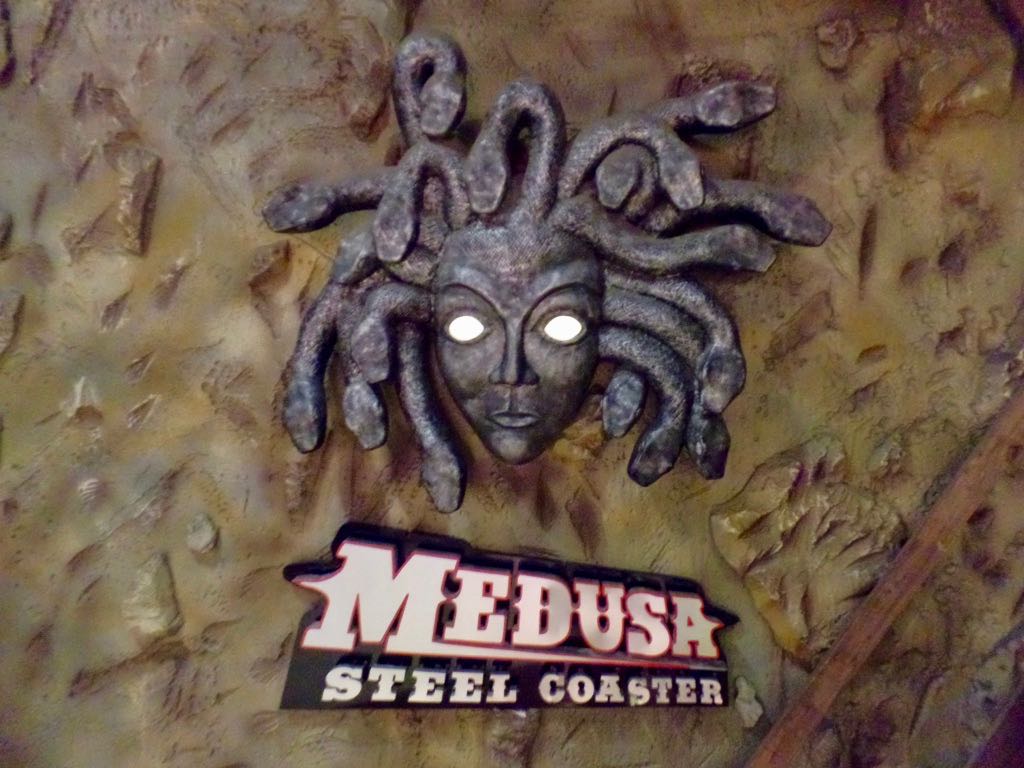 It turns out that by night the Medusa Steel Coaster logo in the gift shop has light-up eyes. We remain non-stone. 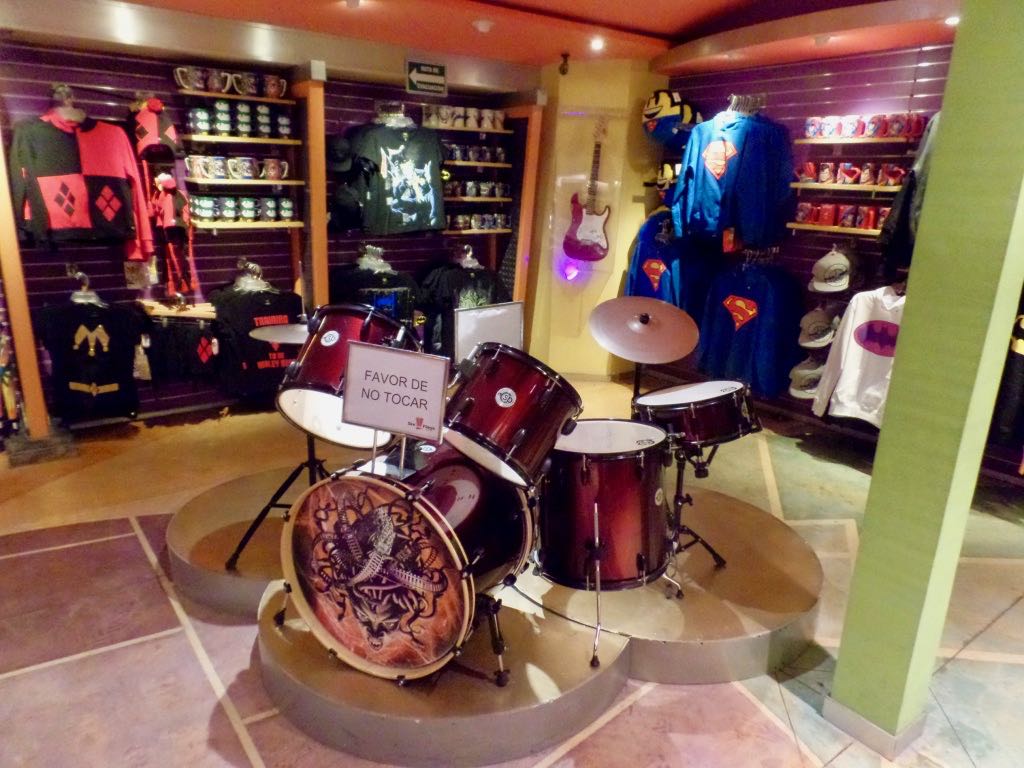 I do not know why there's a drum set in the Medusa Steel Coaster gift shop but the sign suggests there is also a story in there. 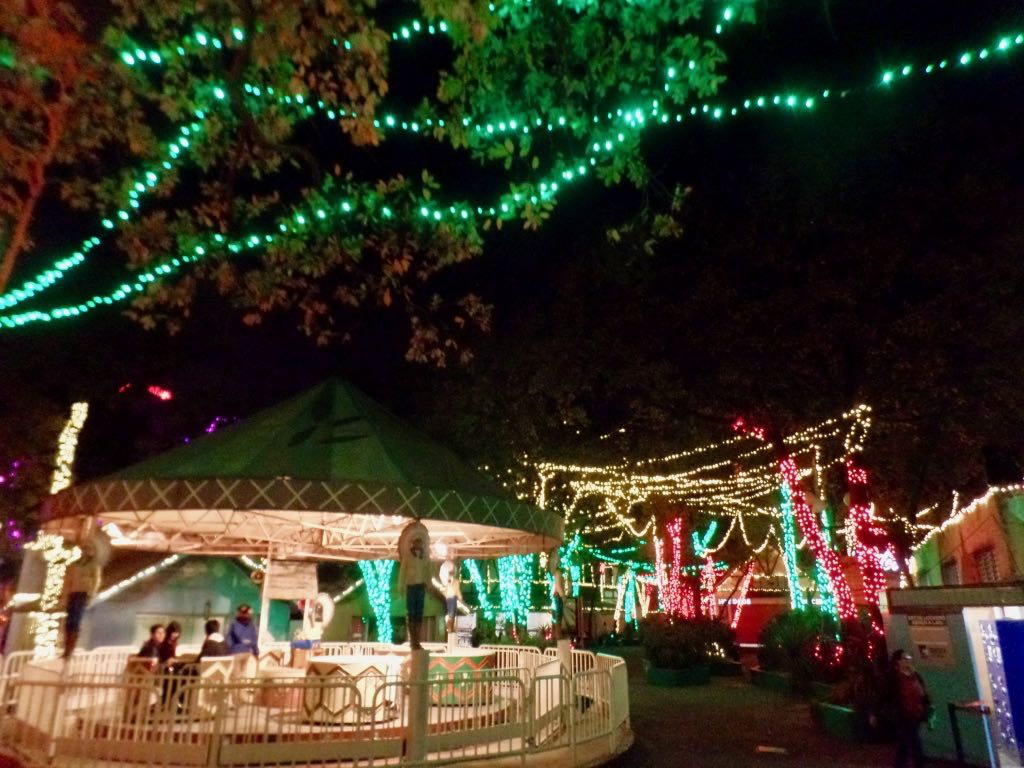 Trees all decorated around a spinning-tubs ride. 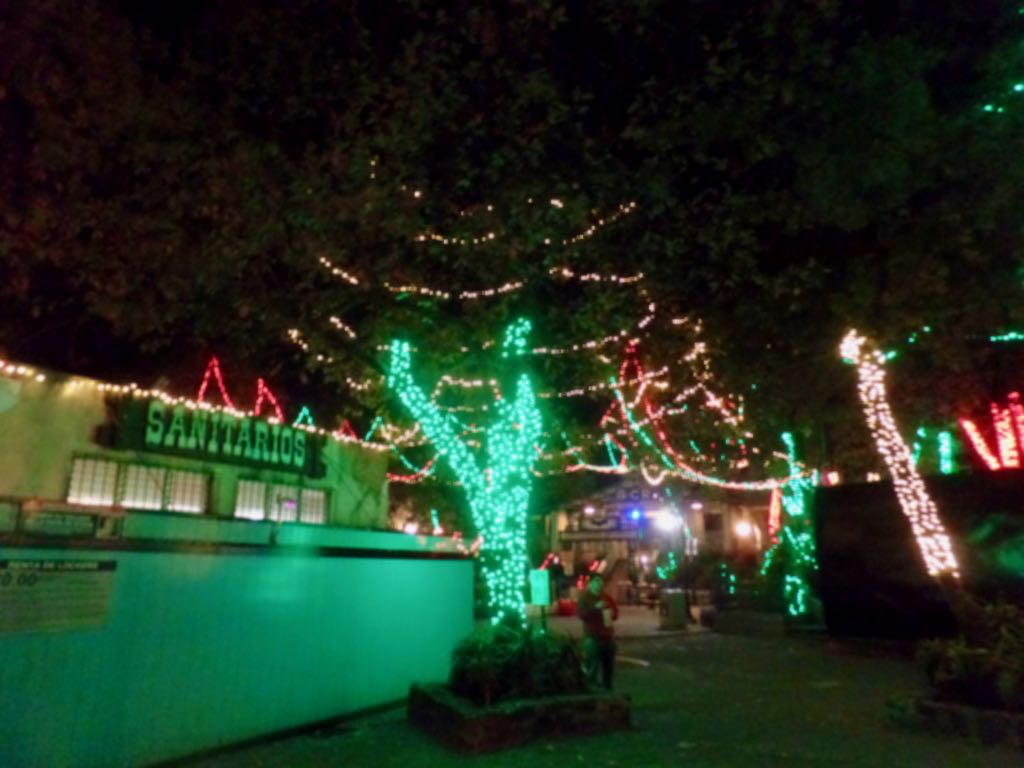 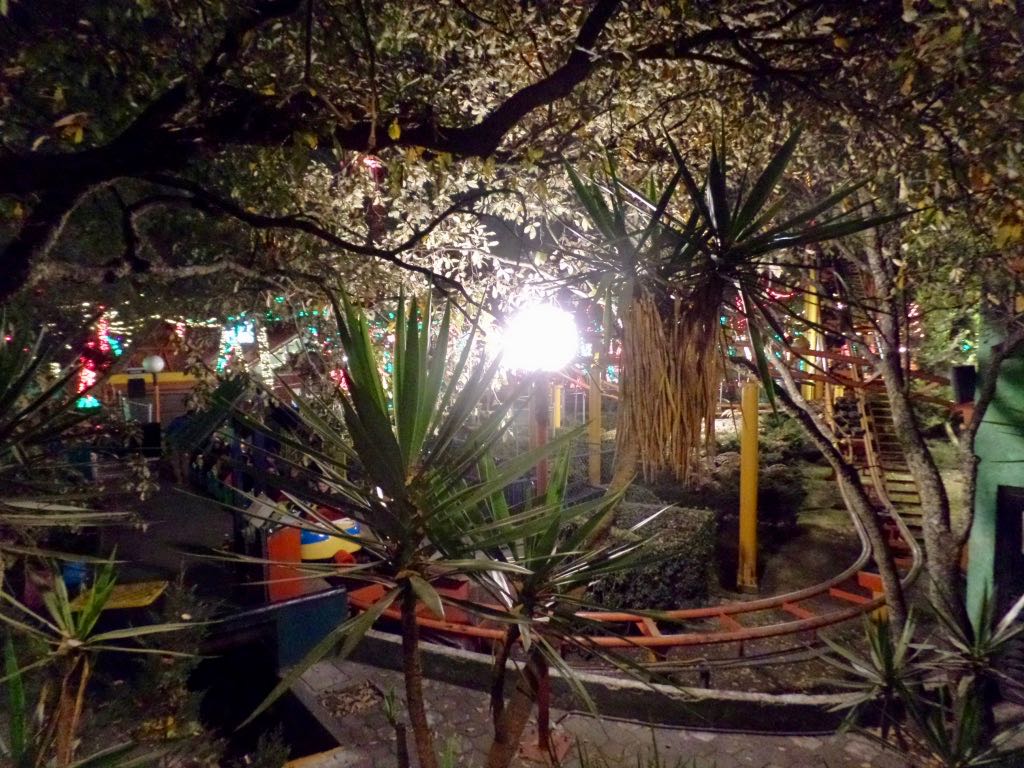 Revisiting Roller, the first roller coaster we'd been on that day. In the night the landscaping really stands out. 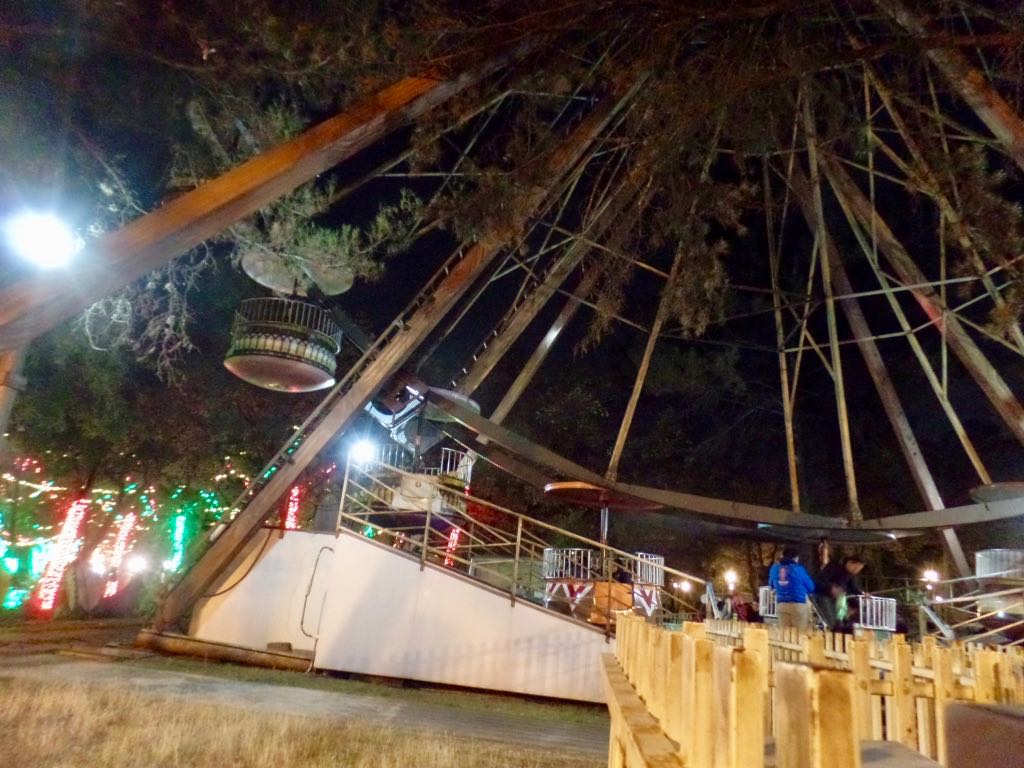 A view of the Giant Ferris Wheel by night. We didn't take a ride, but it still looks good from the ground. 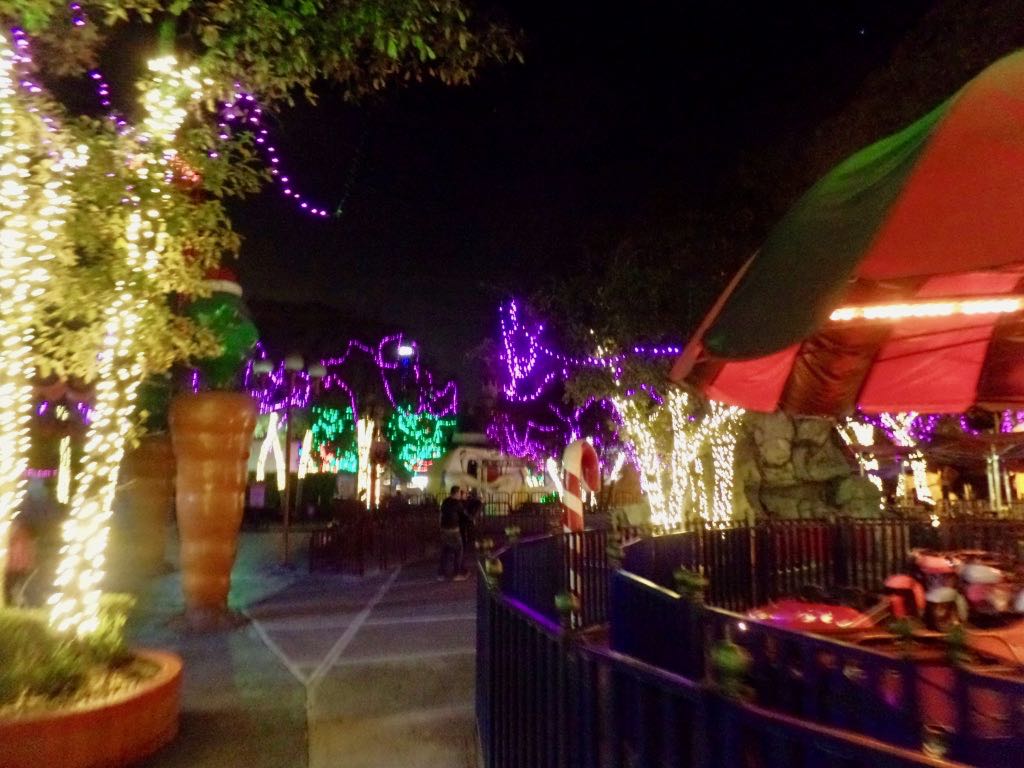 Trivia: In 1775 the Continental Congress set 39 lashes at punishment for crimes ranging from first-time desertions to striking an officer to petty theft. Source: The First American Army: The Untold Story of George Washington and the Men Behind America's First Fight for Freedom, Bruce Chadwick.