Father Christmas, give us some money

I apologize to everyone who's eager for the journaling of our amusement park trip to begin. That's mostly

bunny_hugger who's eager. I imagine the rest of everyone would quite like to see it but doesn't feel disappointed that it hasn't started yet. I just do not think I have the writing time available to get under way right now is all. By Monday I should and so I'll drop another two heaps of photographs of Six Flags Mexico on you before getting onto ... amusement park ... reporting. 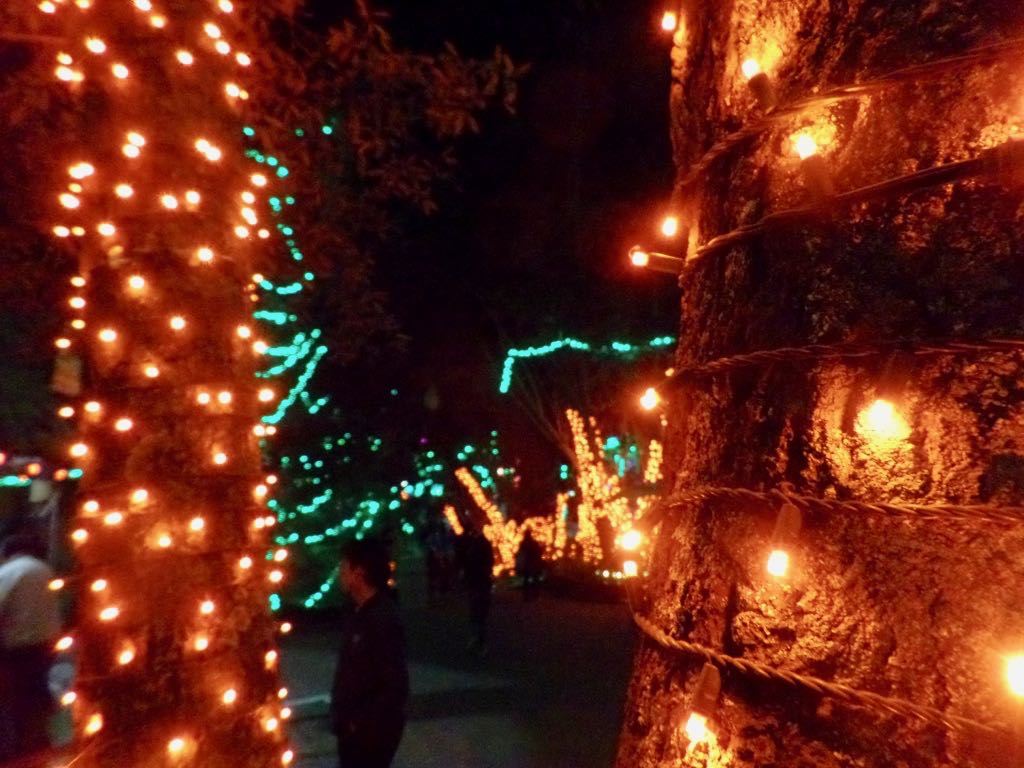 Night view between two light-wrapped trees. I quite like the way the bark is visible in the lighting. 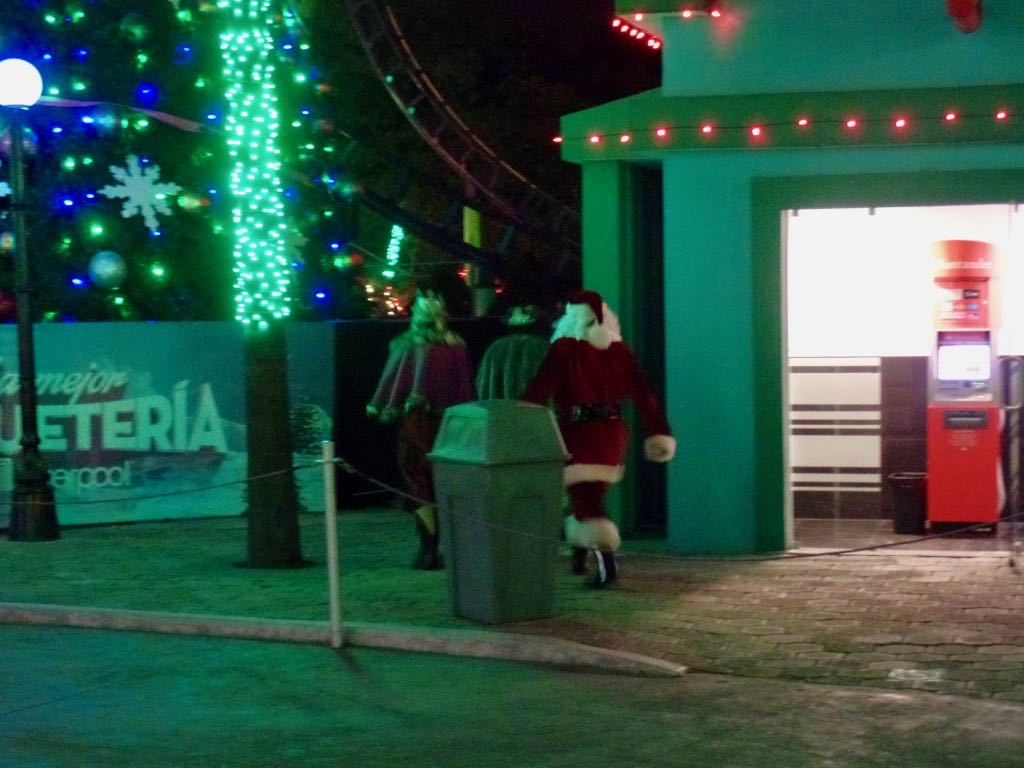 Santa Claus and two of the Three Wise Men, caught heading out to the start of the parade. The third Wise Man went out a few minutes later, as I remember it. 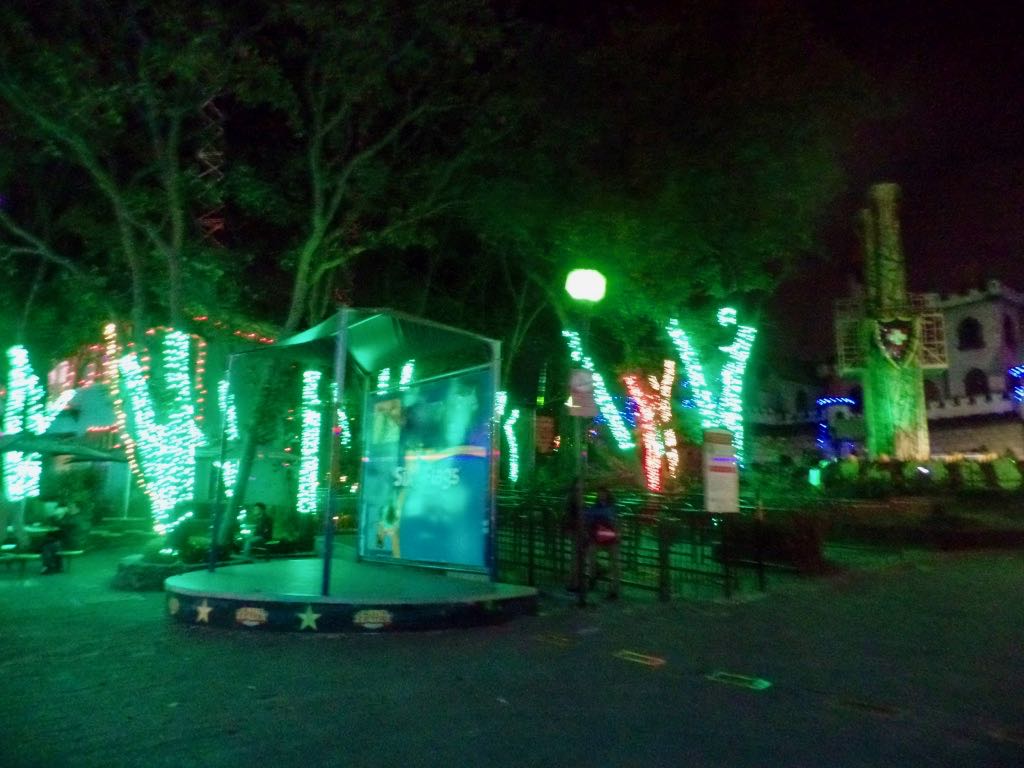 Small stage in the Swiss Village area given its nighttime illumination. 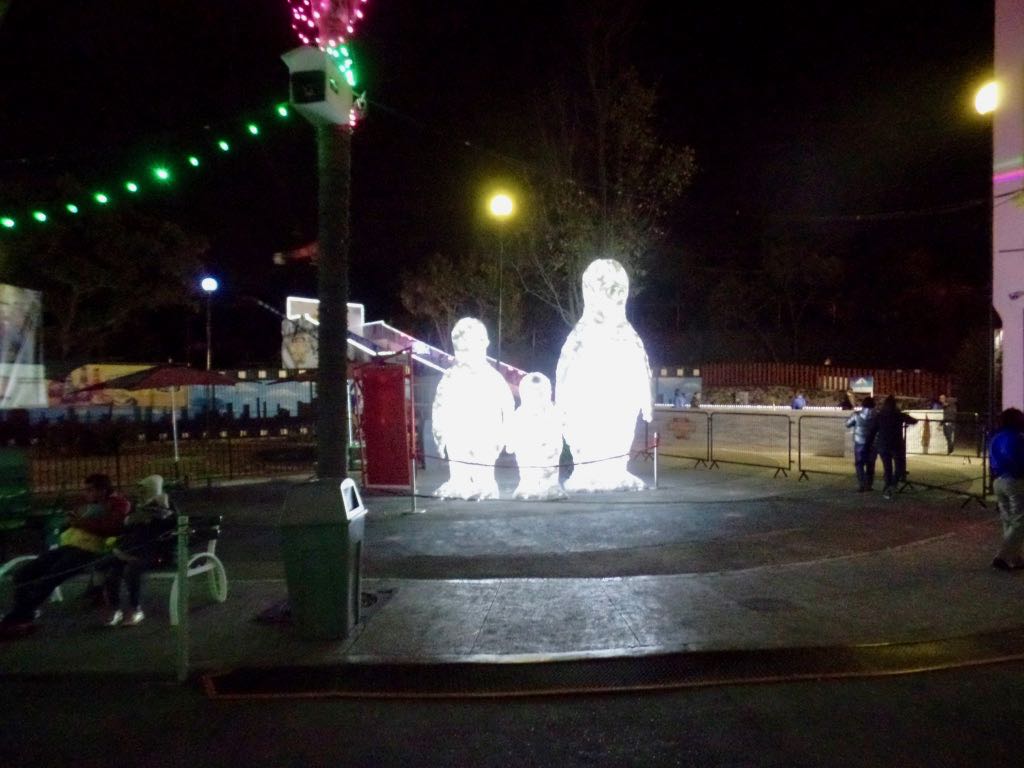 Decker and Ilia merging with Vejur. 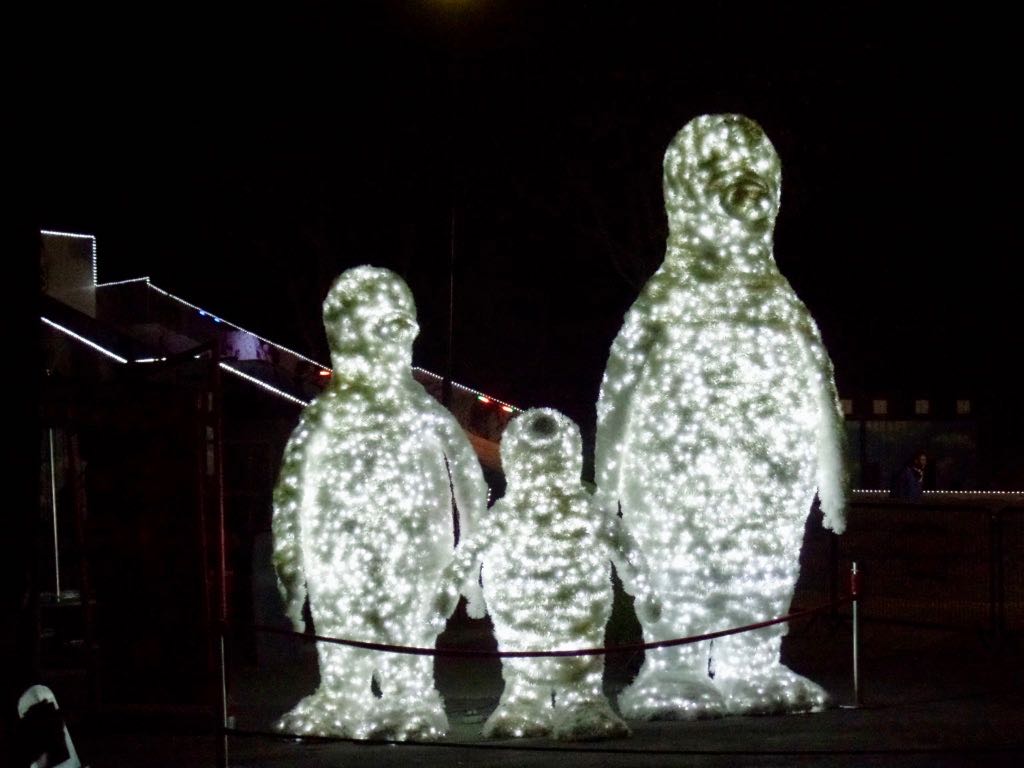 Closer view of the internally-illuminated penguins. While you can get a good idea of their shapes from this, I think it's a less interesting picture than the one above, which had some of the setting visible for context. 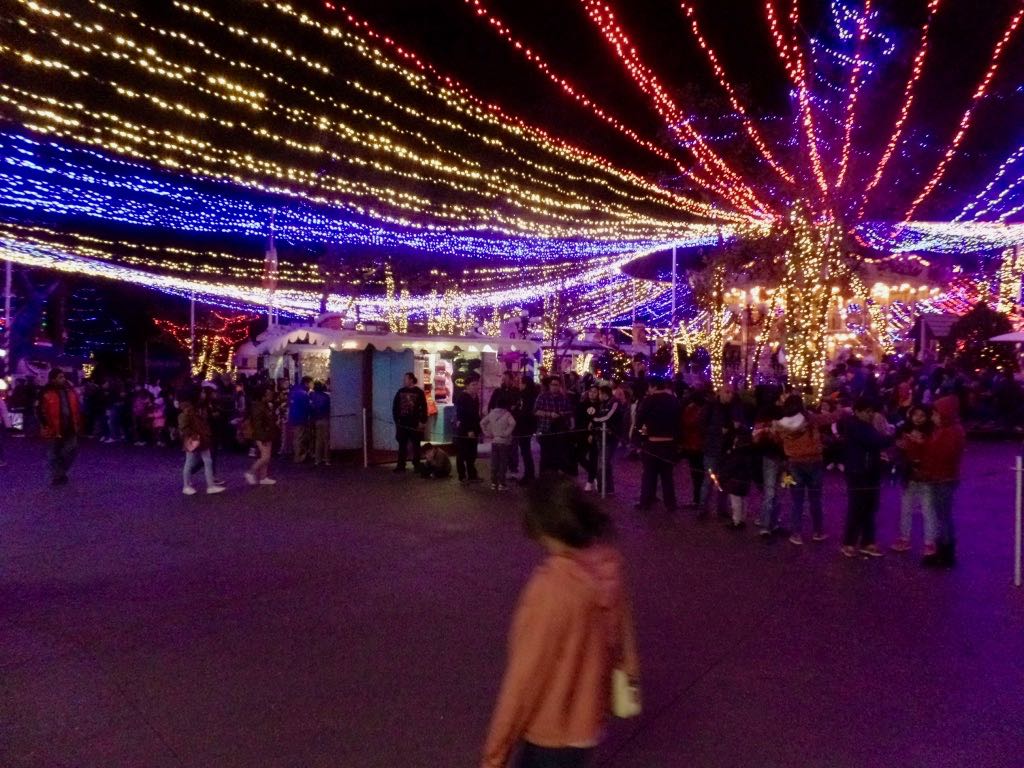 Back to the plaza outside the Grand Carousel, with chain barriers set up for the parade to come shortly. 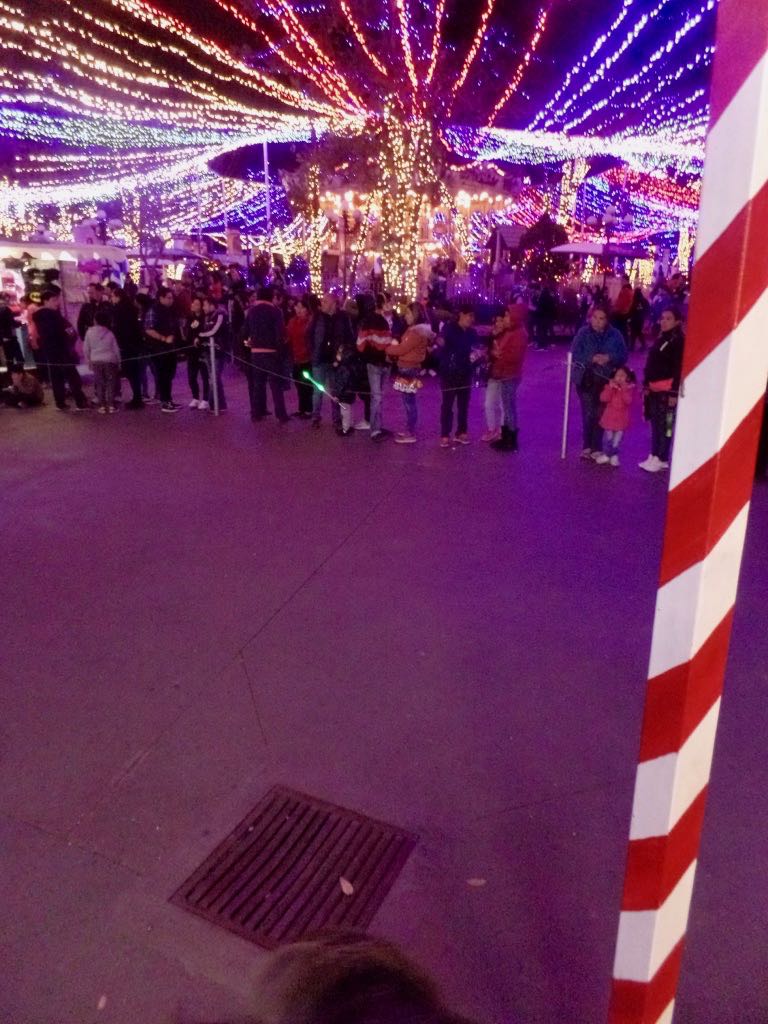 Another view of the plaza and the chain barrier set up. The vertical pole was a fixture that would give us just enough space to get a good up-front view of the parade. 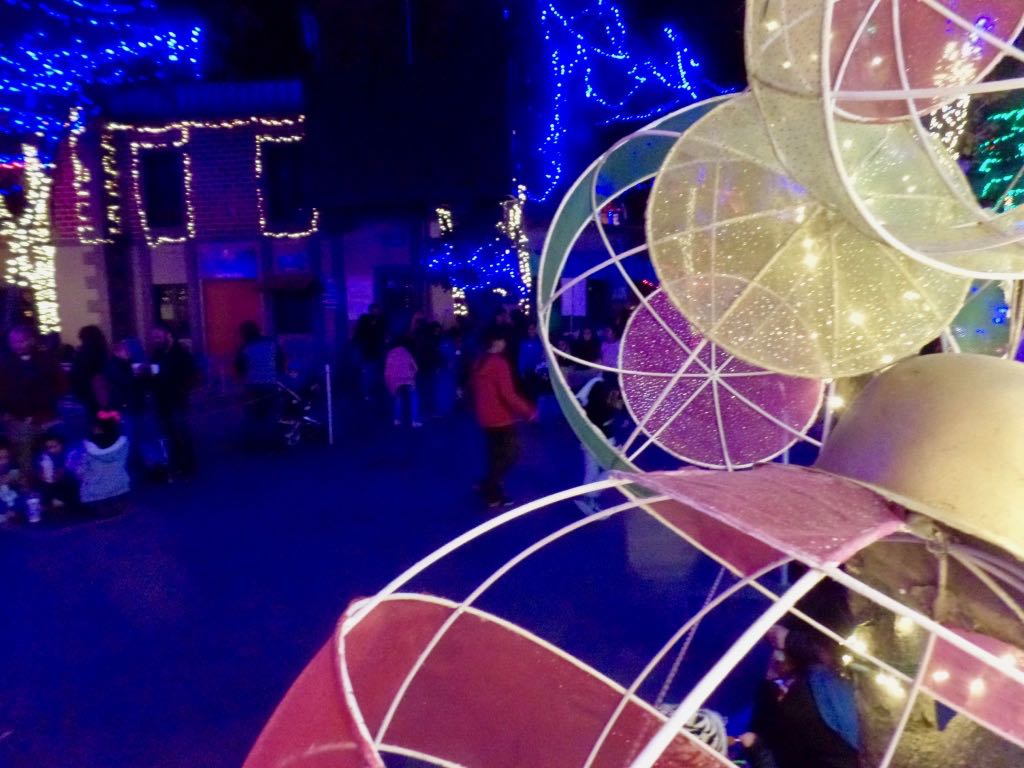 Next to the pole were these neat, faintly Googie-ish partial-sphere giant ornament decorations. Between them and the striped pole there was this little cul-de-sac of pedestrian traffic that was perfect for standing still and watching the parade without being in anybody's way. 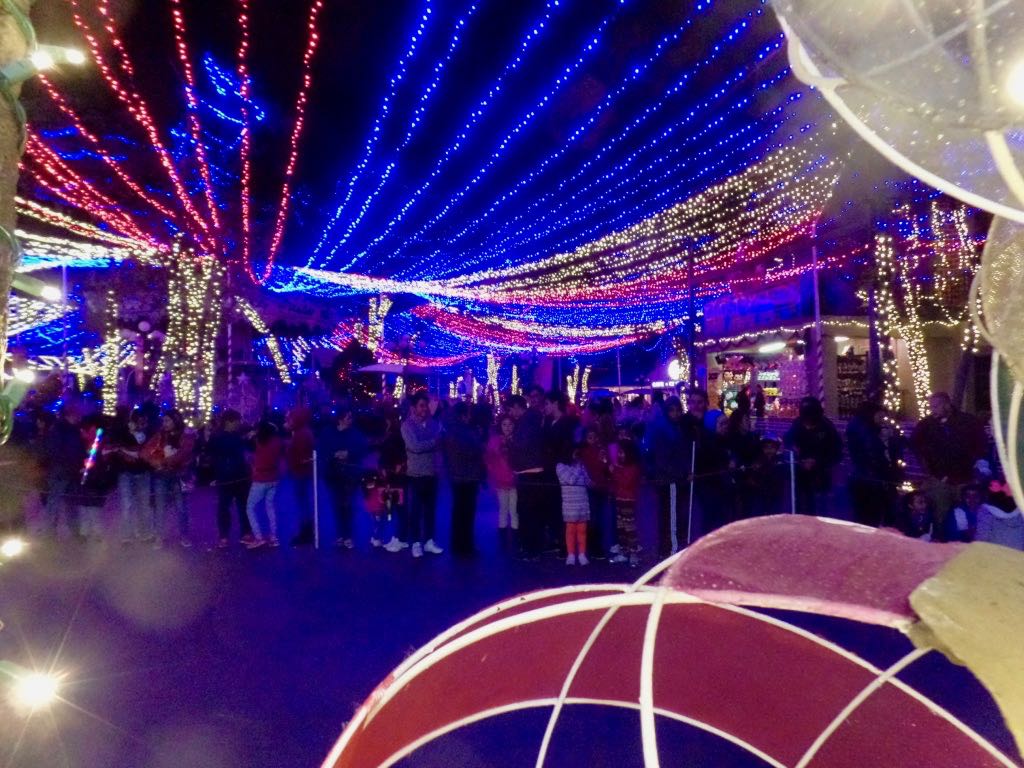 The ornaments, and the chain divider and crowd beyond, and the curtain of lights overhead. The parade is minutes off. 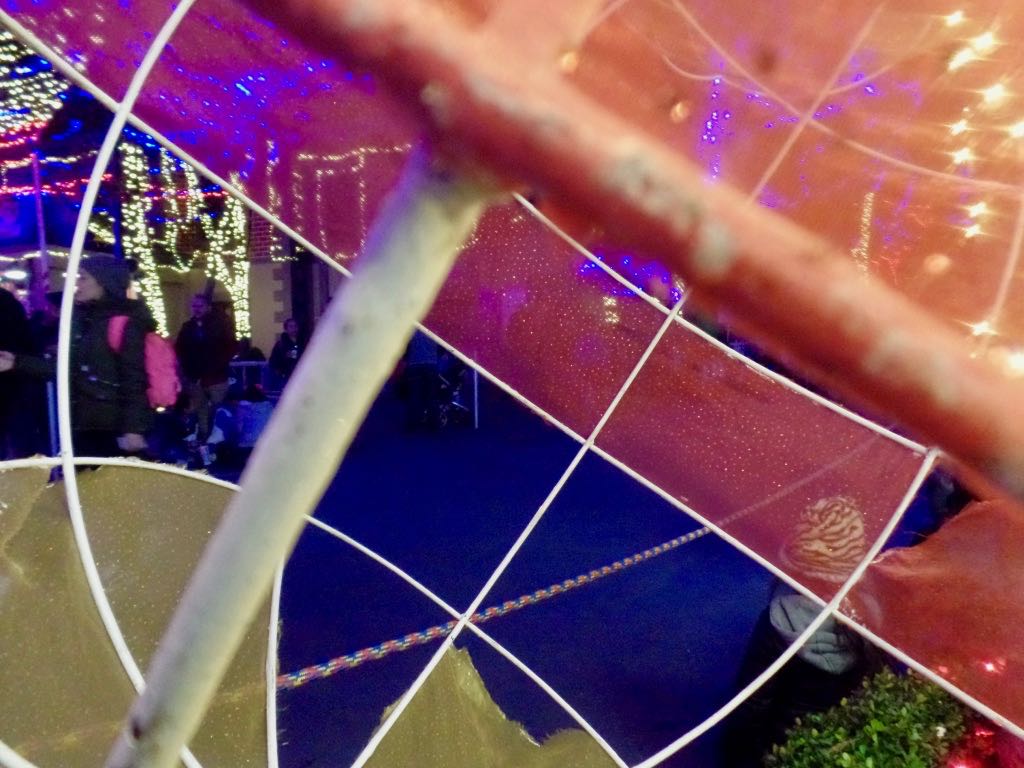 Of course I couldn't just look at something like those ornaments and not try taking an arty shot through the ornaments. You know me. 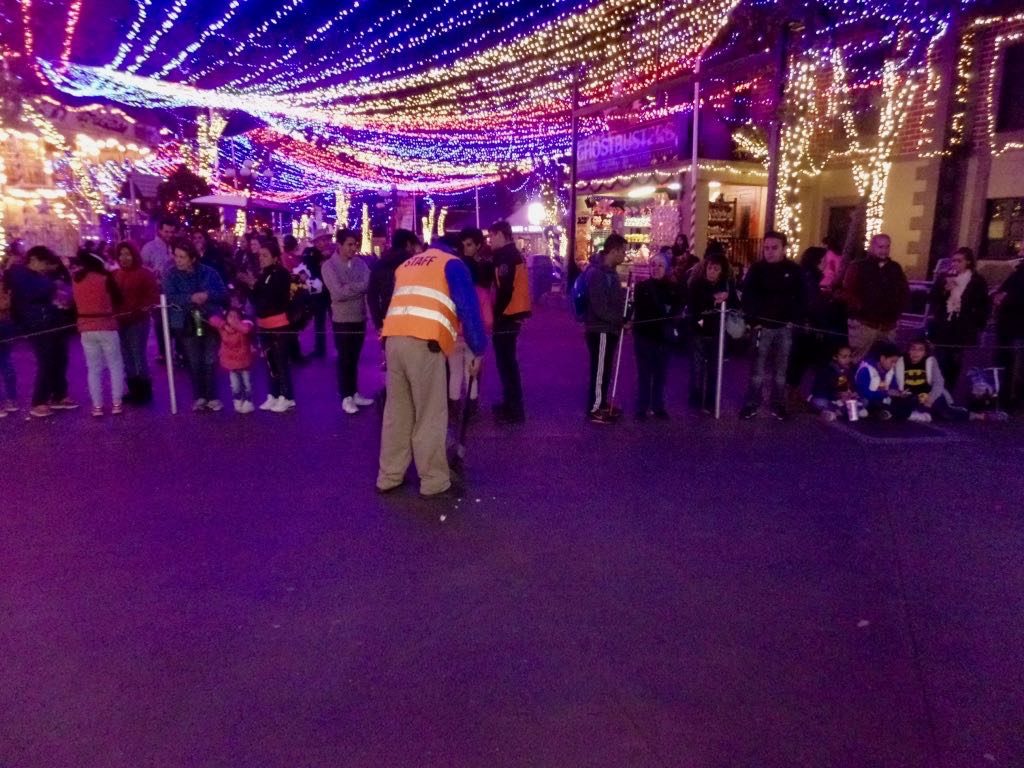 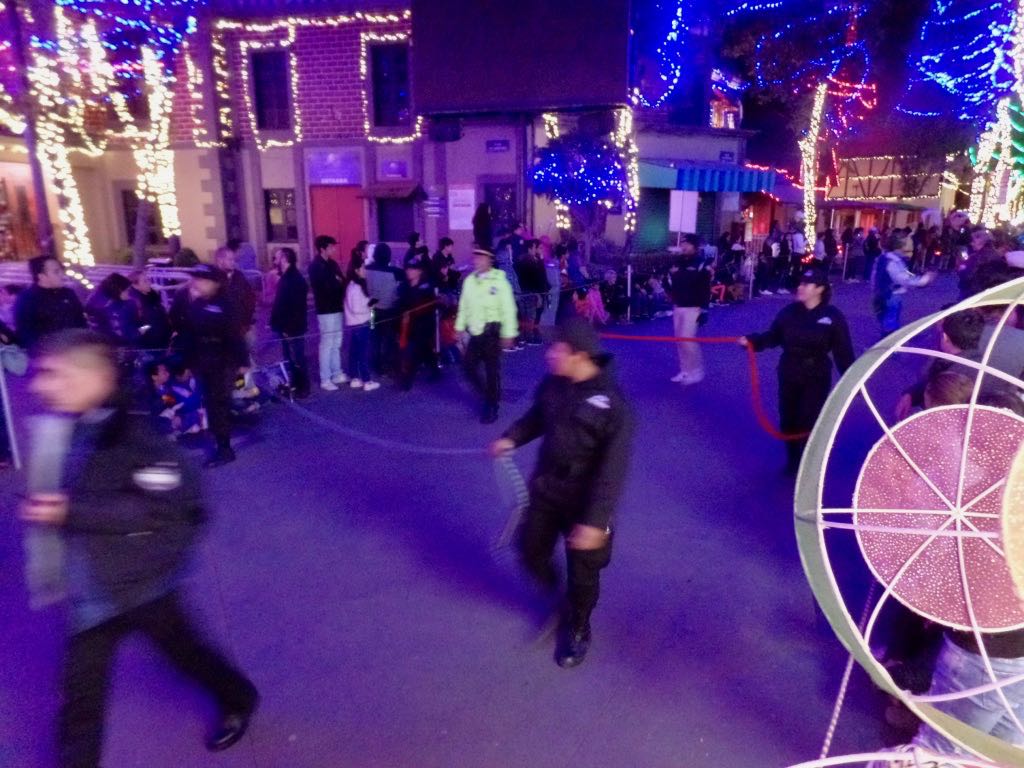 People doing the final clearing of the parade route, using a couple ropes that I guess confirm just how much space they need? This seemed more formal than we've seen for the Halloweekends parade at Cedar Point the last couple years.

Trivia: A 1929 study noted that tobacco plants grown in Virginia had about three times the nicotine as those grown in the West Indies. Source: The Poisoner's Handbook: Murder and the Birth of Forensic Medicine in Jazz Age New York, Deborah Blum.