We'll beat you up if you make us annoyed

And now what I expect to be my last day showing a dump of Six Flags Mexico pictures instead of reporting on this month's big amusement park expedition. The parade is finally ready! 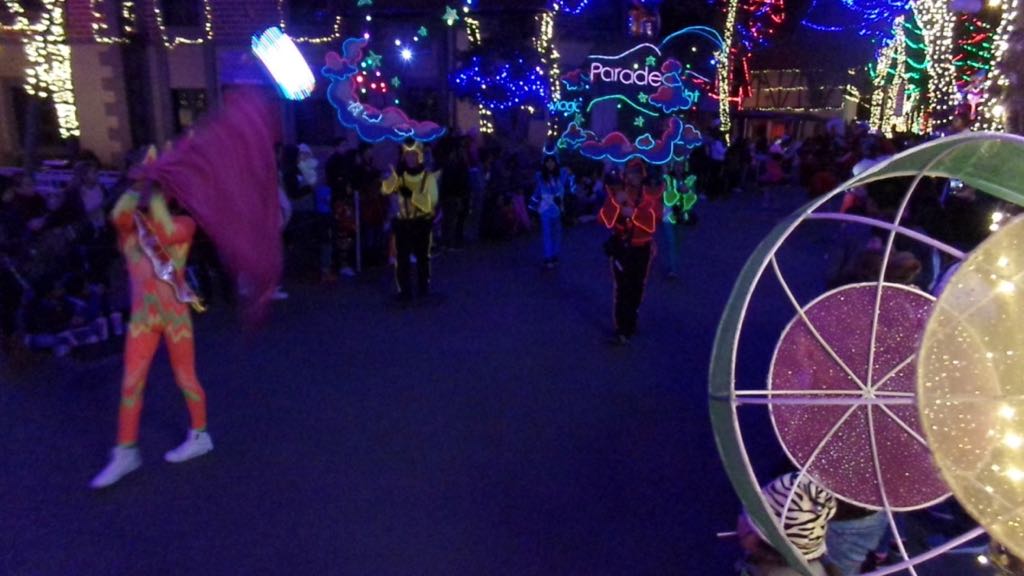 Start of the parade! Flag-twirlers and people holding illuminated clouds and such lead things off. 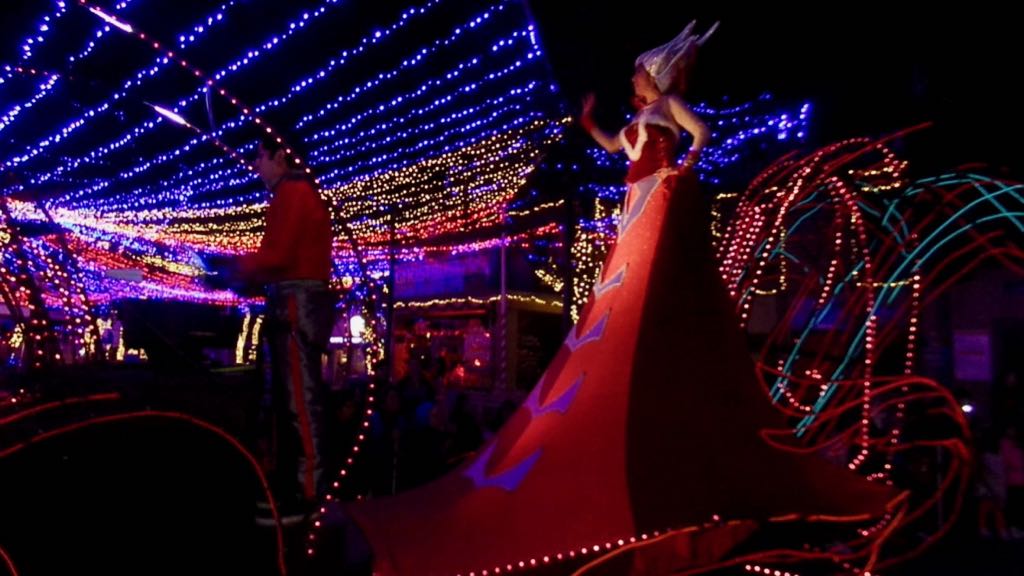 I'm not at all sure who this character represents, but she moved in on a cart with a base meant to look like a great flowing dress. 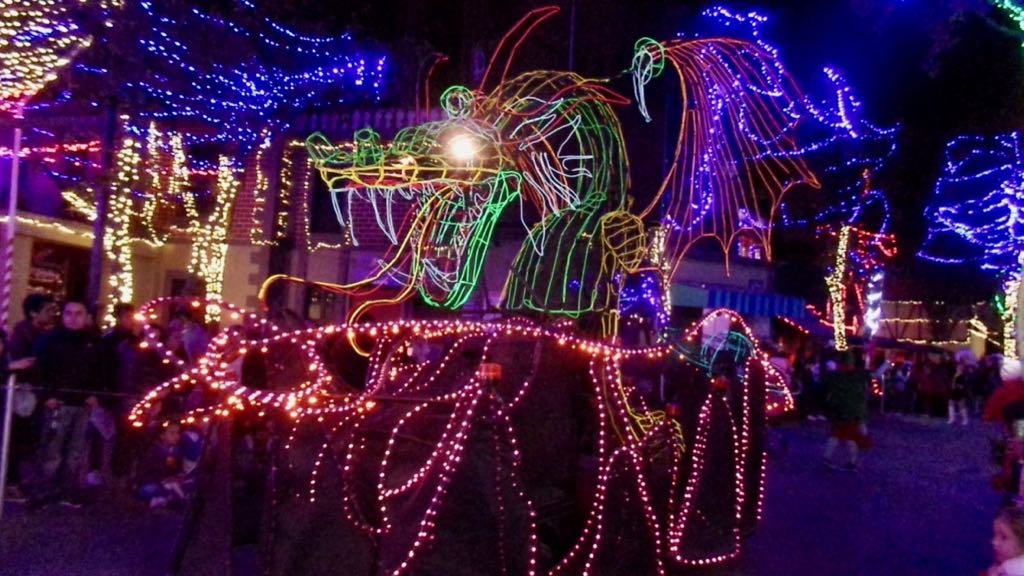 Illuminated wireframe dragon that really dazzled in person, too. 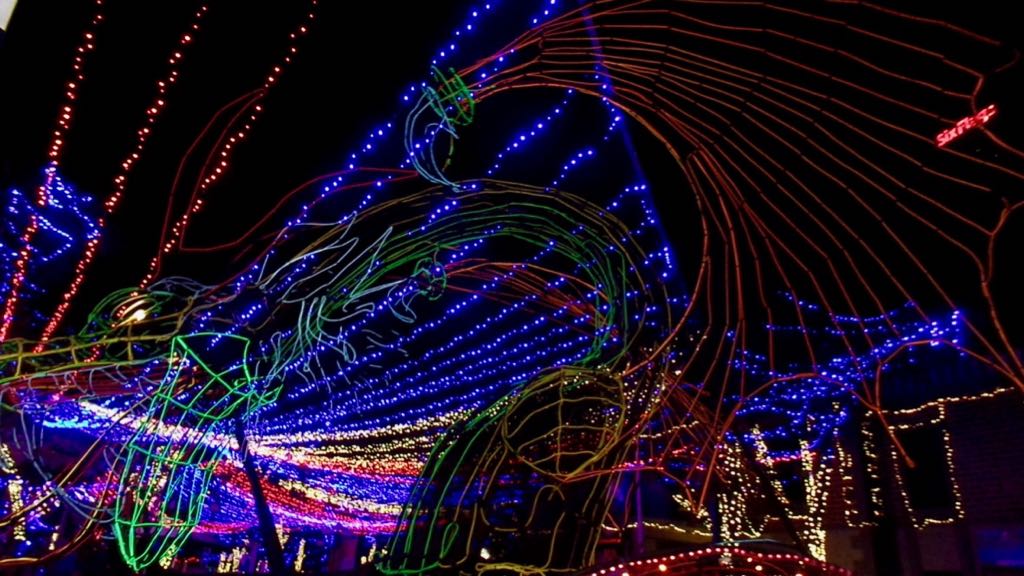 As close as the illuminated wireframe dragon got to me. I really like the composition of this; between the dragon frame and the lights ceiling there's a wonderful slightly otherworldly look to things. 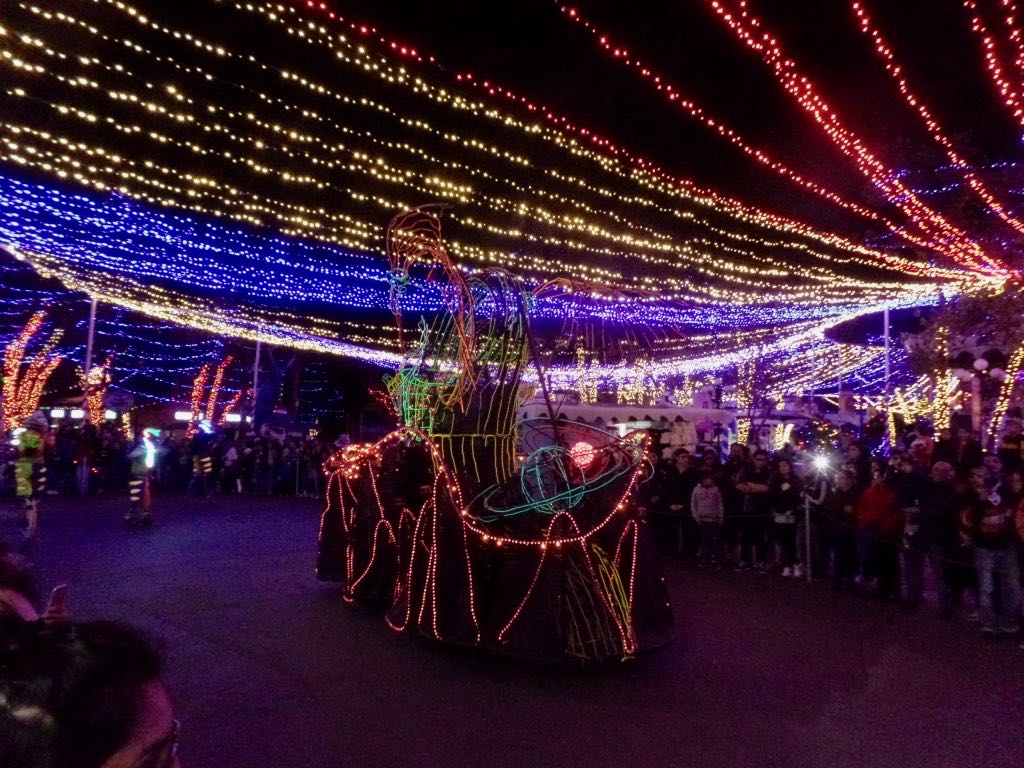 A last look at the dragon, with the revelation that there was a ringed planet hanging out behind his mountains, so that's cool. 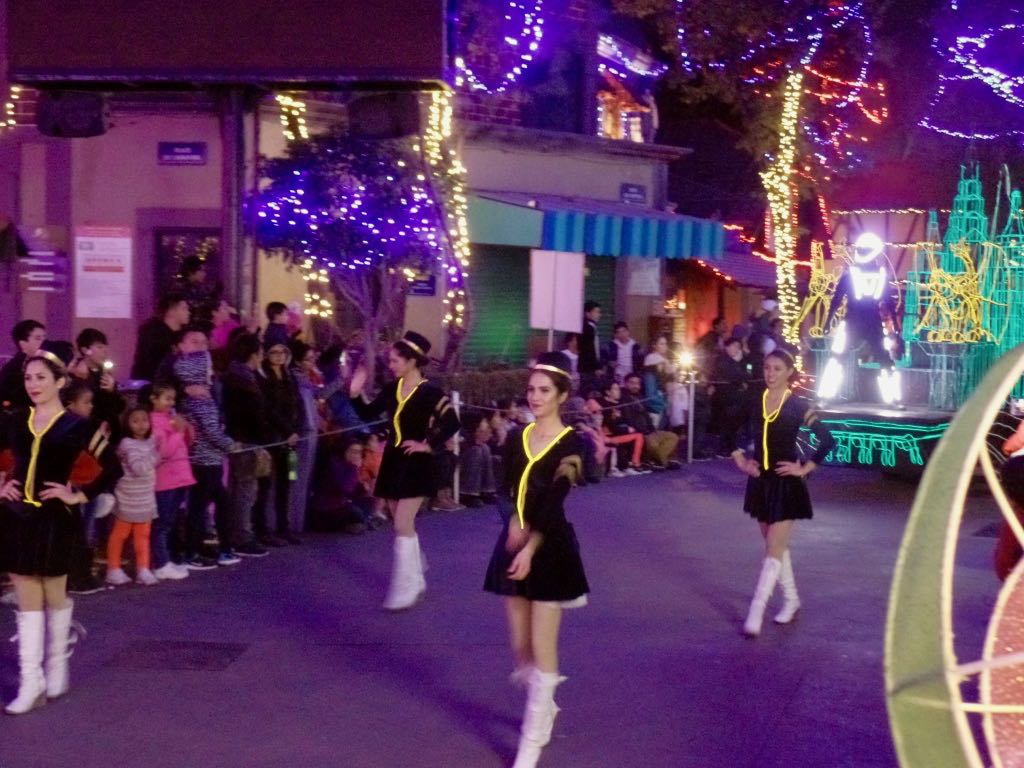 Women doing poses and walking ahead of a float representing a city block, with gargoyles and some kind of masked superhero-ish figure. 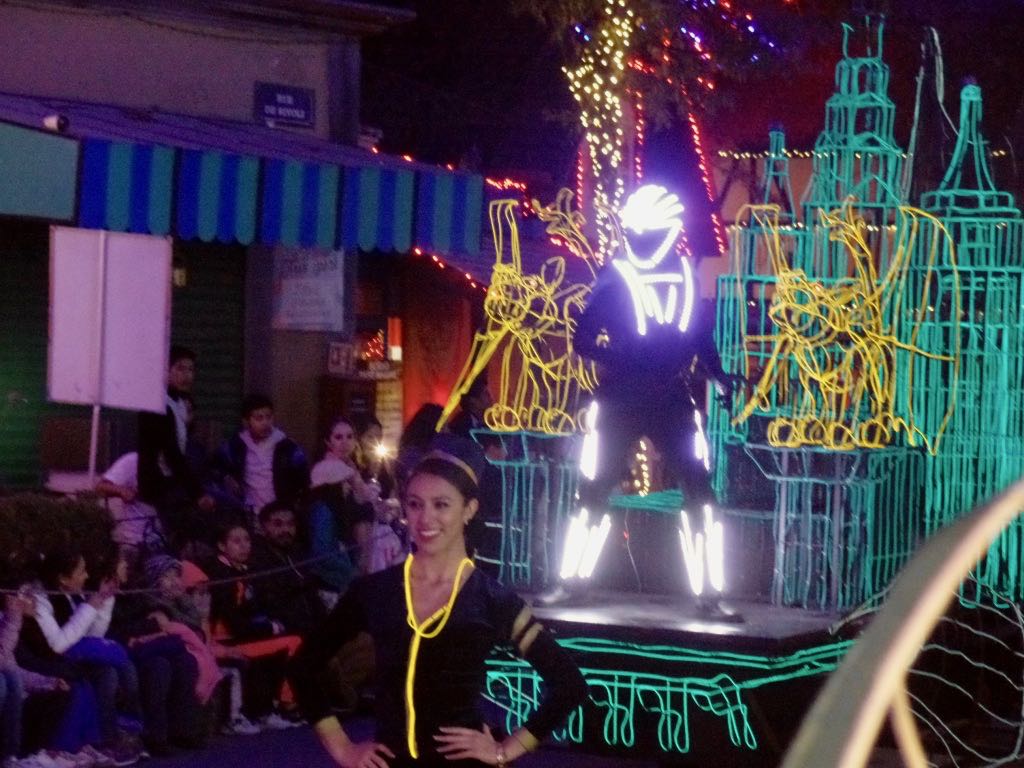 The figure flanked by the gargoyles seems like he ought to be something, but I didn't know what. Any thoughts? 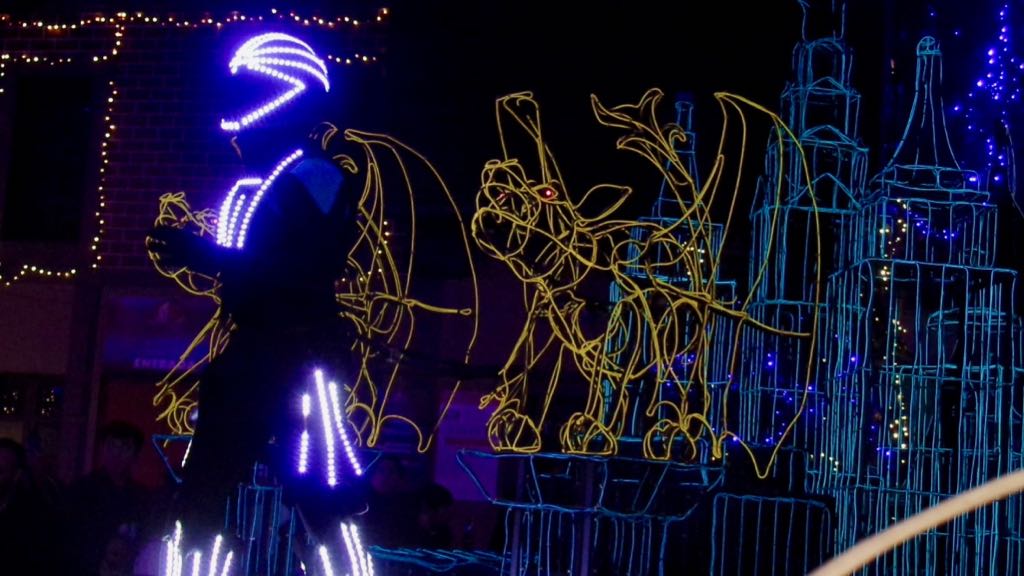 And here we get a good look at the wireframe gargoyles and city blocks behind. 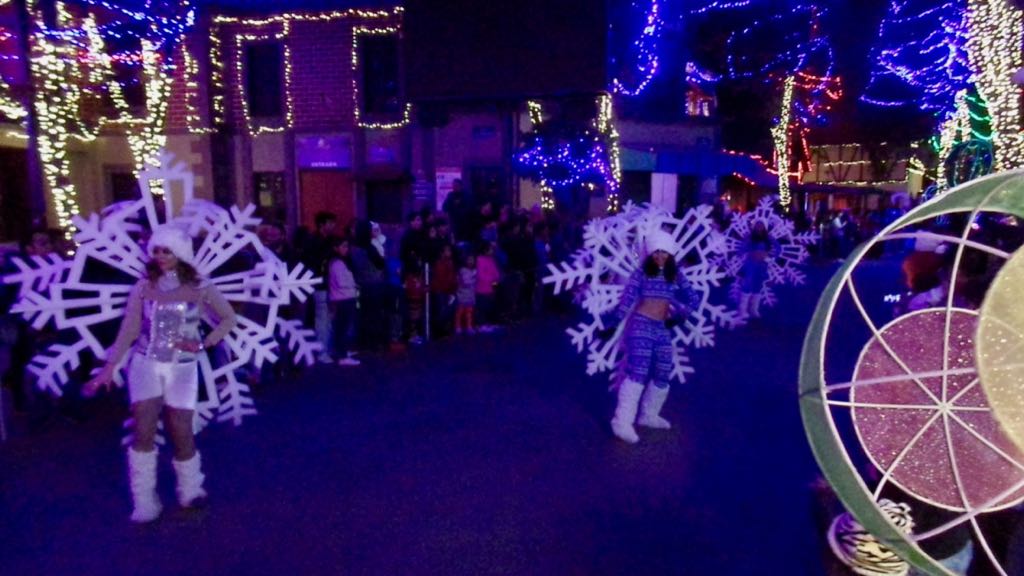 Snowflake dancers, marching in a spot that had gotten snow as recently as 51 years before. 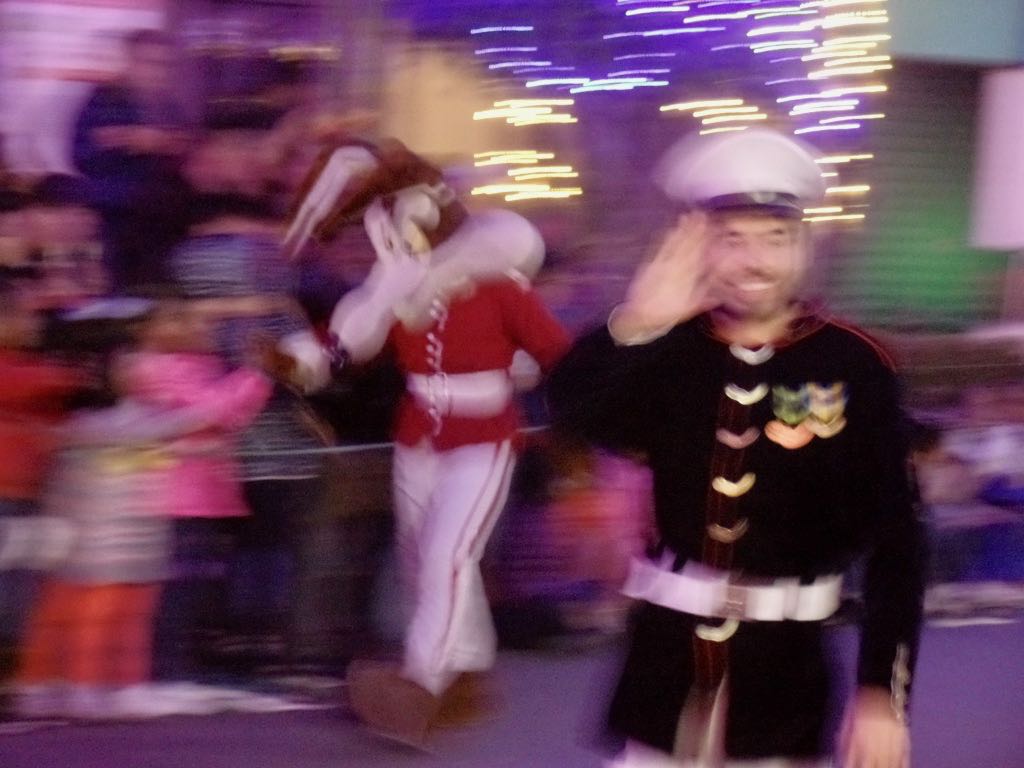 Wile E Coyote, marching on his own in the parade. I apologize for the blurriness --- again, I hadn't discovered the low-light mode on my camera, and I was trying to track the motion of the marchers --- but I feel like the blur gives this picture a vitality that I enjoy. 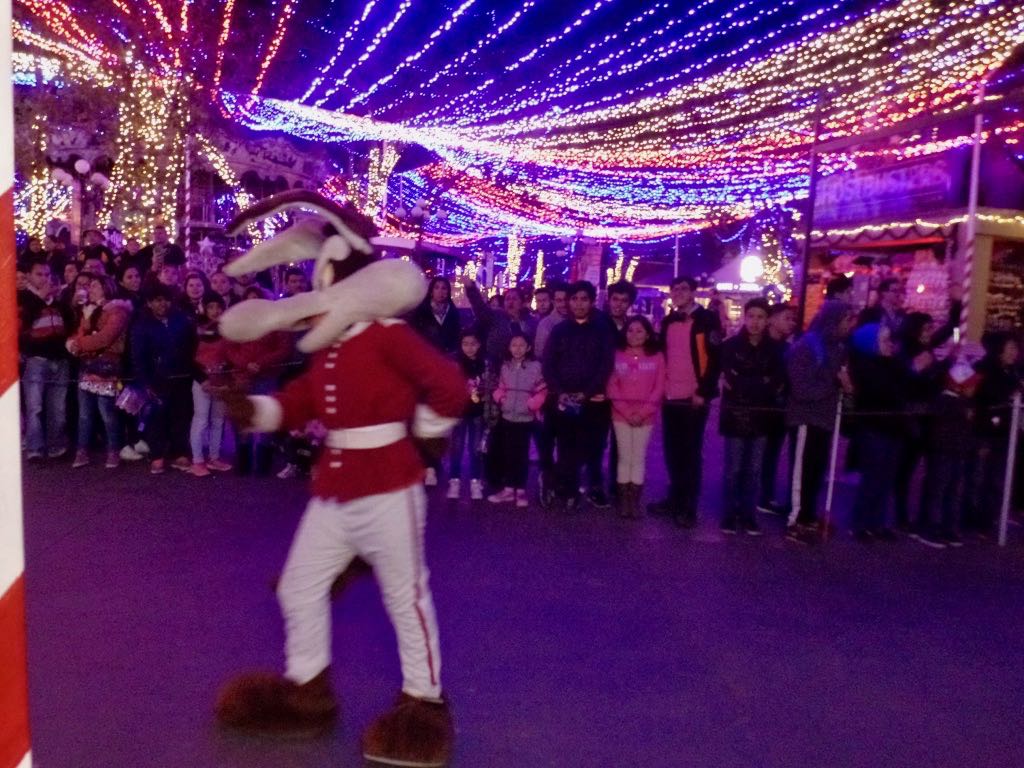 Wile E Coyote takes a moment to wave at our side of the parade route before exploding. 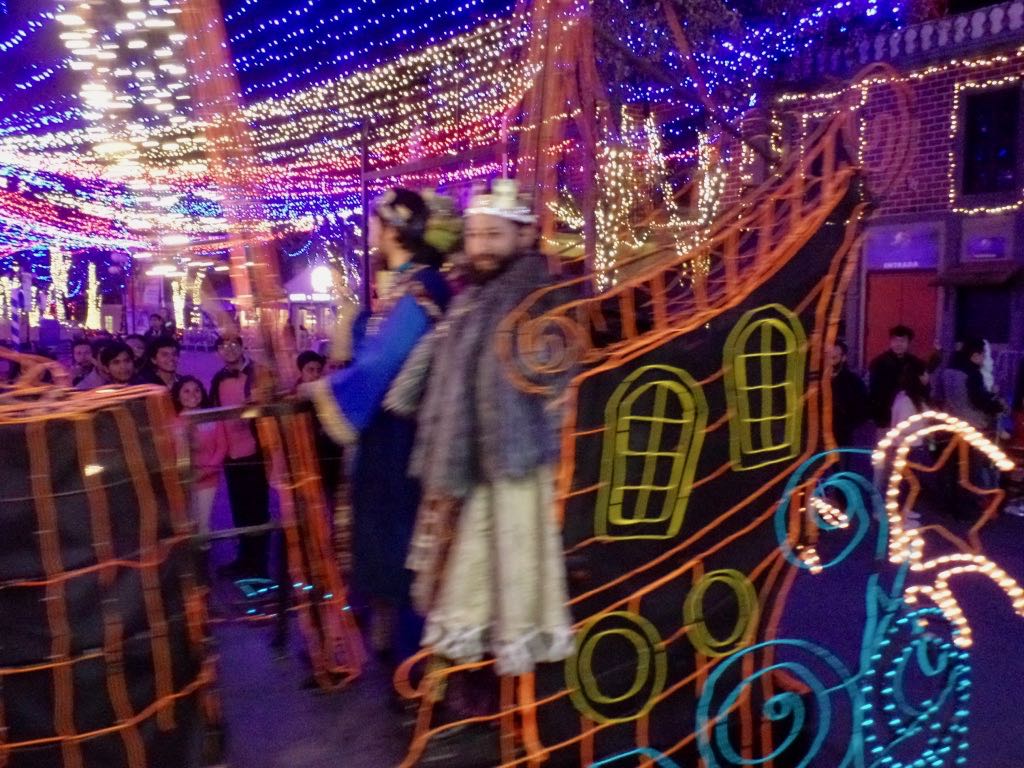 And the Three Wise Men! They came in on a float made to look like a boat that I guess represents the bringing of Christianity and Christmas to Mexico?