He's the ladies' first choice, with a laugh in his voice

Still haven't missed a date on my humor blog, as you can see by my RSS feed. Though I suspect I'd probably do better if I did cut down a little. Well, we'll see. Here's what I've published recently:

The day after Six Flags Mexico, a Saturday,

bunny_hugger went back to the conference. I went around town on my own, starting by looking up whether there was anything interesting in walking distance. And there was, although it was downhill, which is great for the start of the day and less happy at the end. But here's what I found. 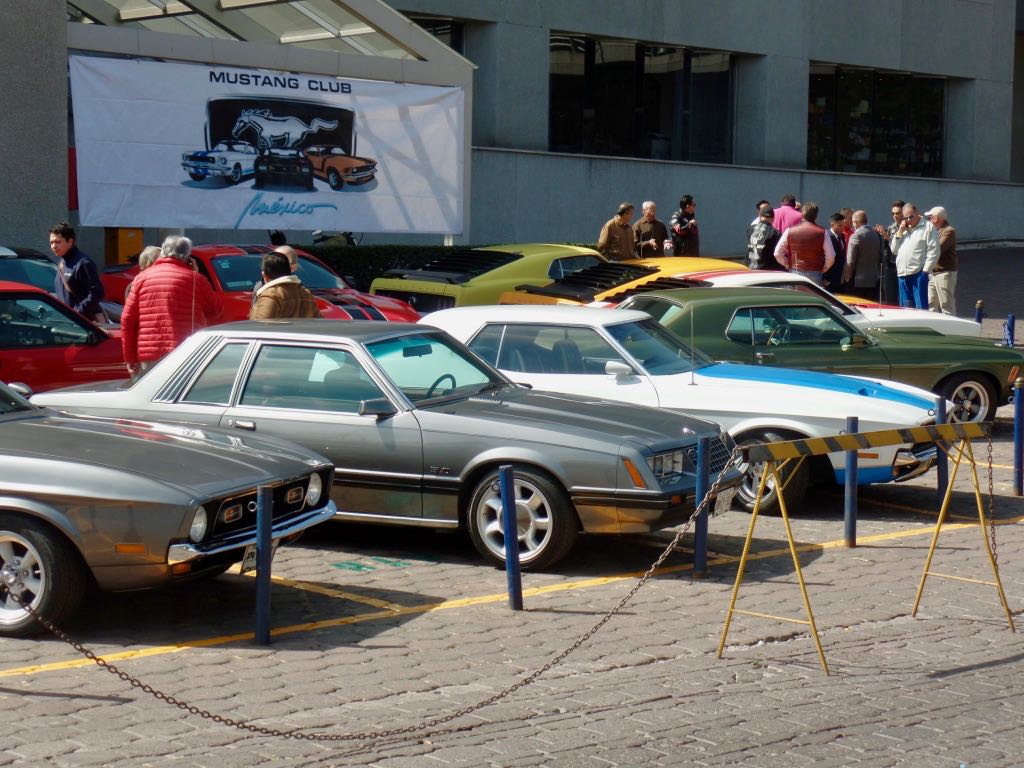 As I set out walking to the Cuicuilco Pyramid the first thing I saw was this meeting of the Mustang Club, held in the parking lot of our Hotel Royal Pedregal. It seemed to me quite similar to any gathering of guys with vintage cars as I might have seen in the United States. 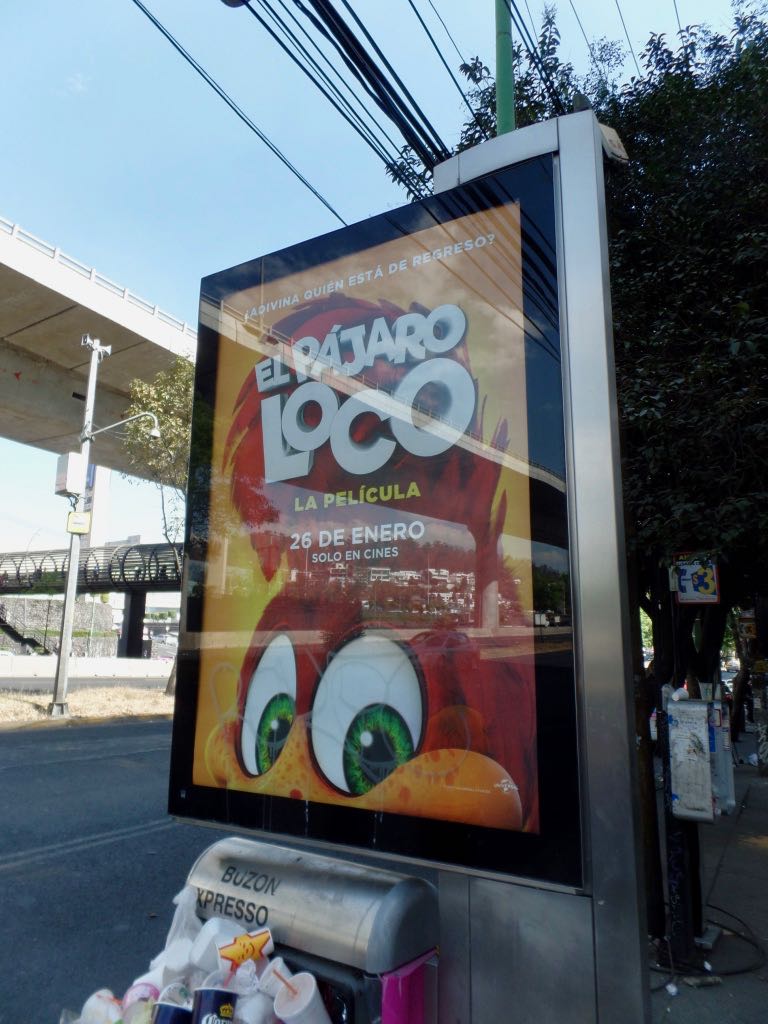 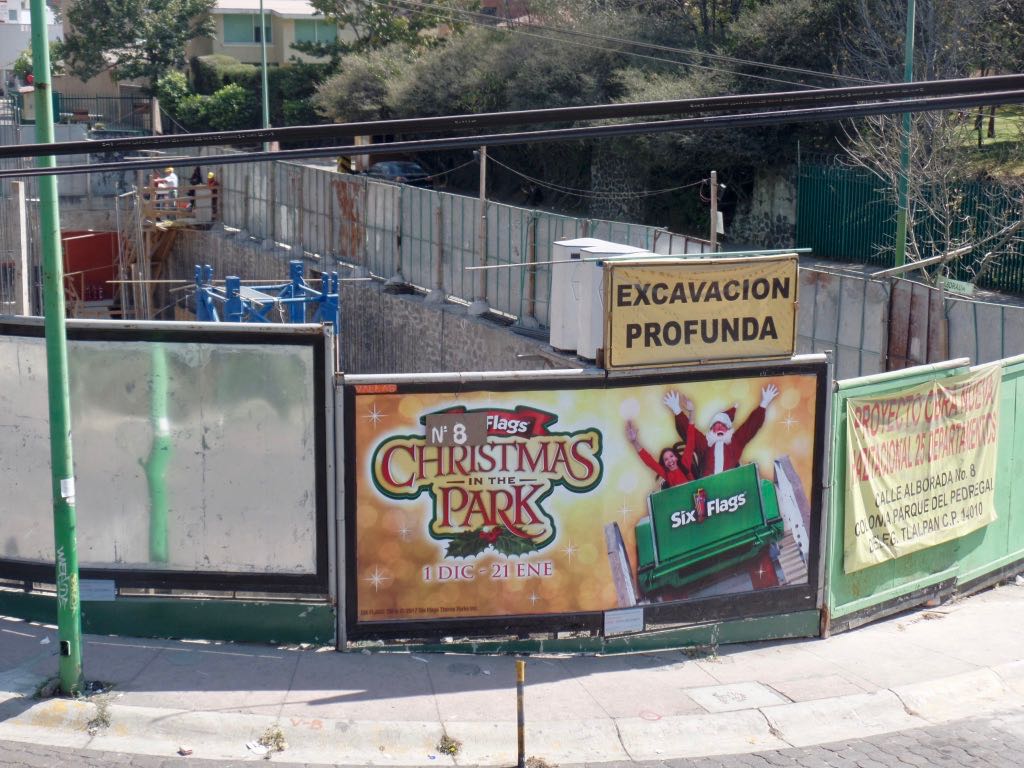 The cheapest form of humor is surely deliberately mis-reading foreign languages, but I have decided that the idea of a major dig being a ``profound excavation'' amuses me and I don't care. (Yes, I know I am playing on the idea that we'd somehow find ``profound'' to not mean ``deep''.) Also, it features a billboard for the Six Flags Christmas in the Park, featuring Santa on a roller coaster not actually at Six Flags Mexico. 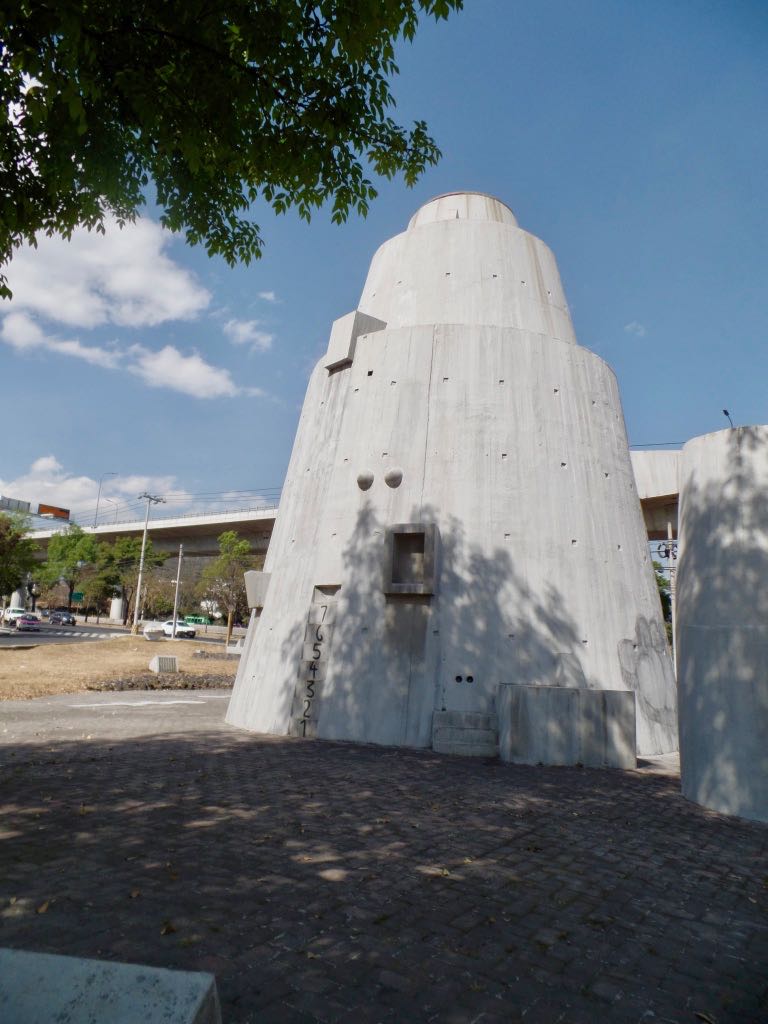 Small public park that I passed along the way to the pyramids. This is a large concrete sculpture that ... seems inscrutable to me. Like, there's a bunch of tiny indents, that look like ladder steps, in that part labelled 1, 2, 3, through 7. But the indentations were way too narrow for anyone to do anything with. 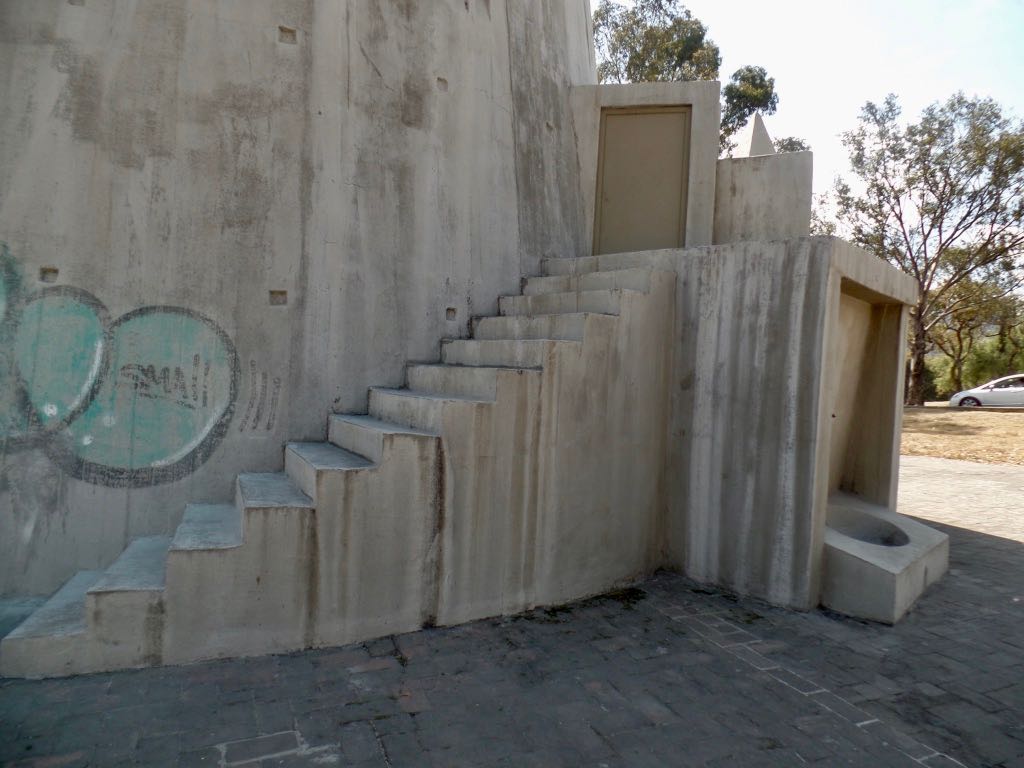 Another part of the confusing park concrete sculpture: an open-face spiral staircase up to an unopenable door, and ... some kind of basin, on the right? 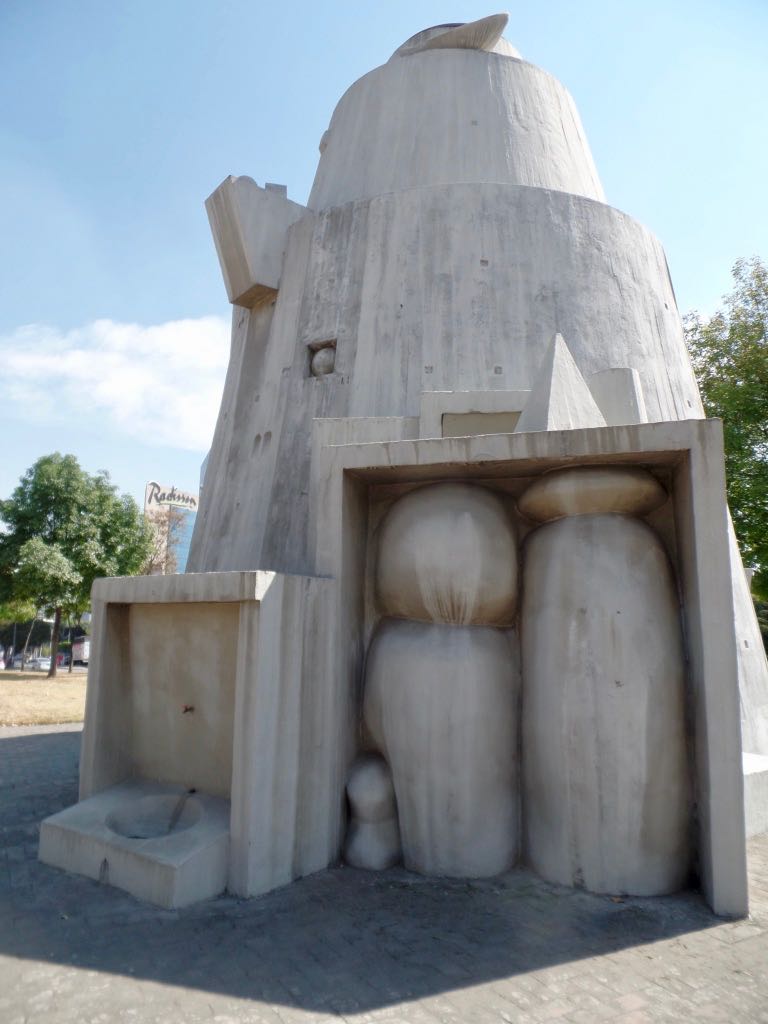 What's got to be an artistic installation at this point: the basin mentioned above and then some concrete figures that look kind of like something wrapped in cloth. 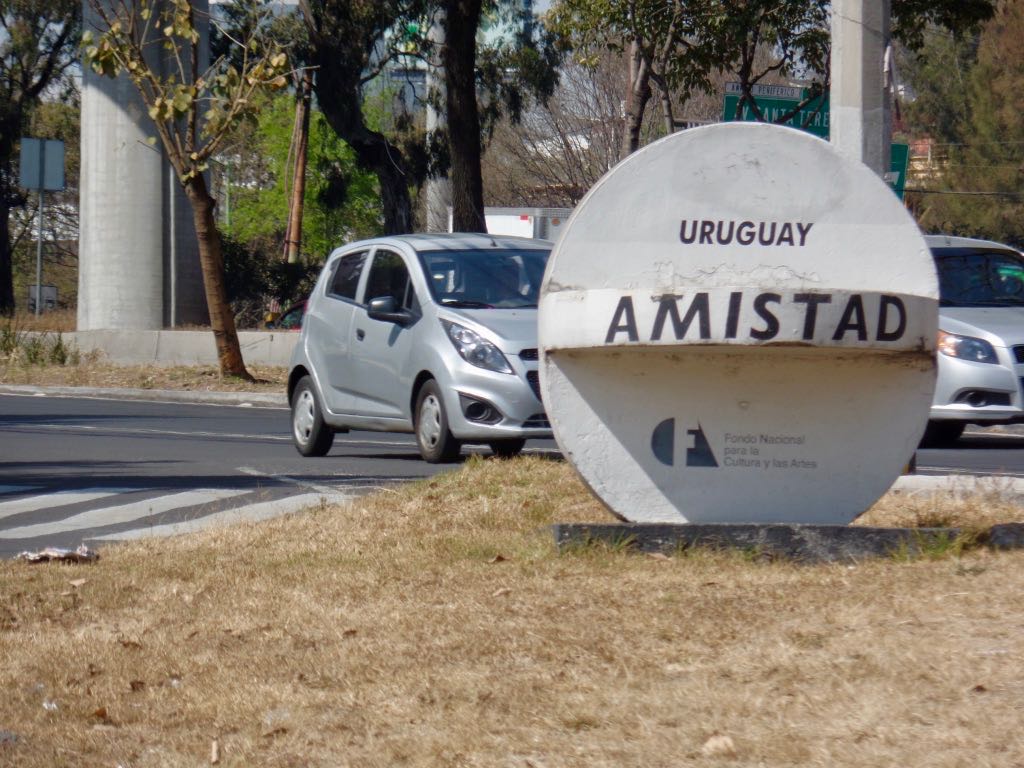 At least some of these words have got to be the name of the park. 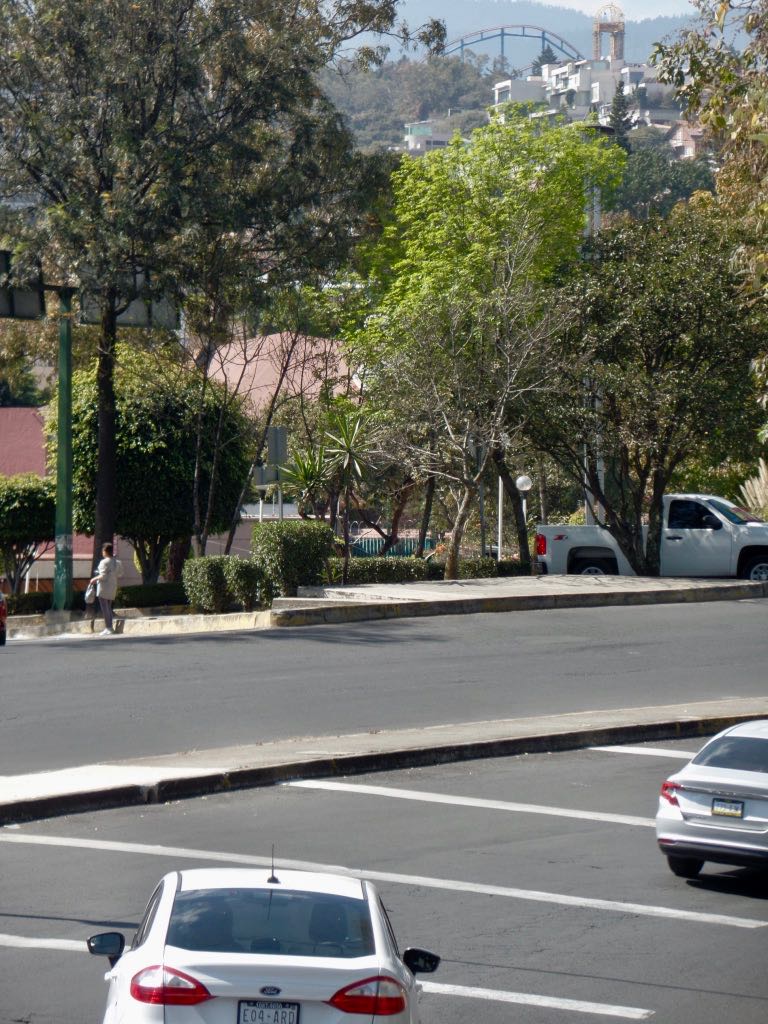 Remember my talk about Six Flags Mexico being so close to the hotel that, had we been confident about the directions, we could have walked there? I walked from the hotel to this spot and look at that: Superman El Último Escape and the Six Flags Mexico drop tower. 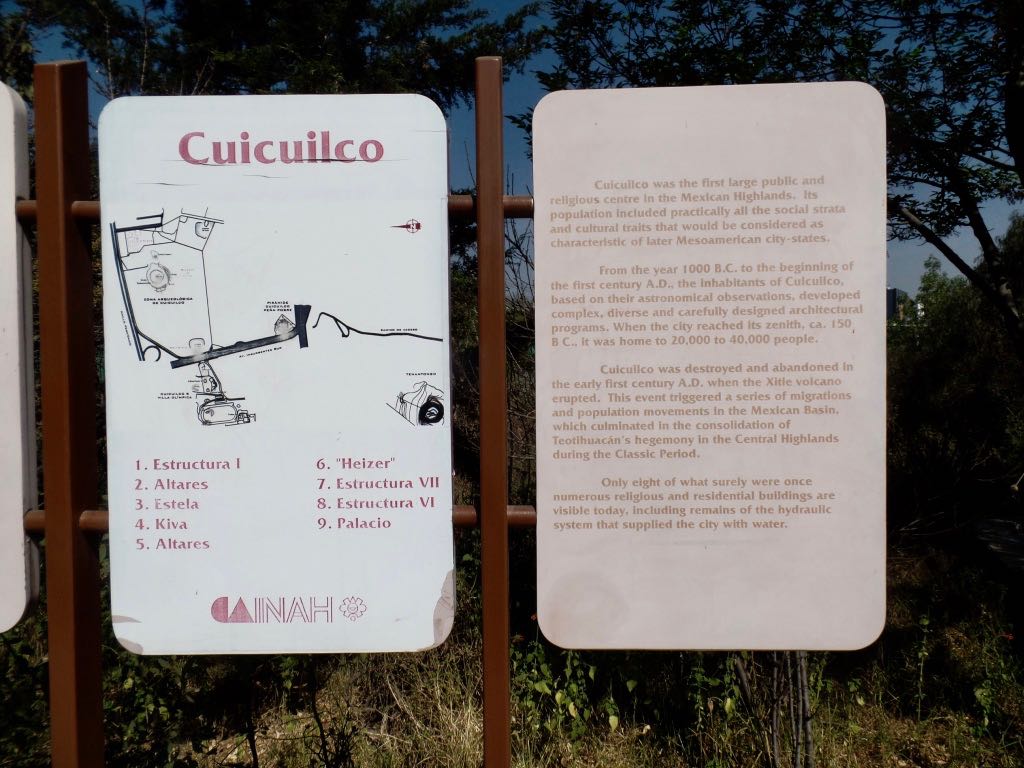 And finally I get to the Cuicuilco Pyramid archeological site. I spent a good while trying to work out the gist, at least, of the panel on the left side of this map and feeling pretty good about my ability to work through Museum Spanish, and then discovered the panel on the right. Which confirmed that, hey, I didn't do too badly after all. 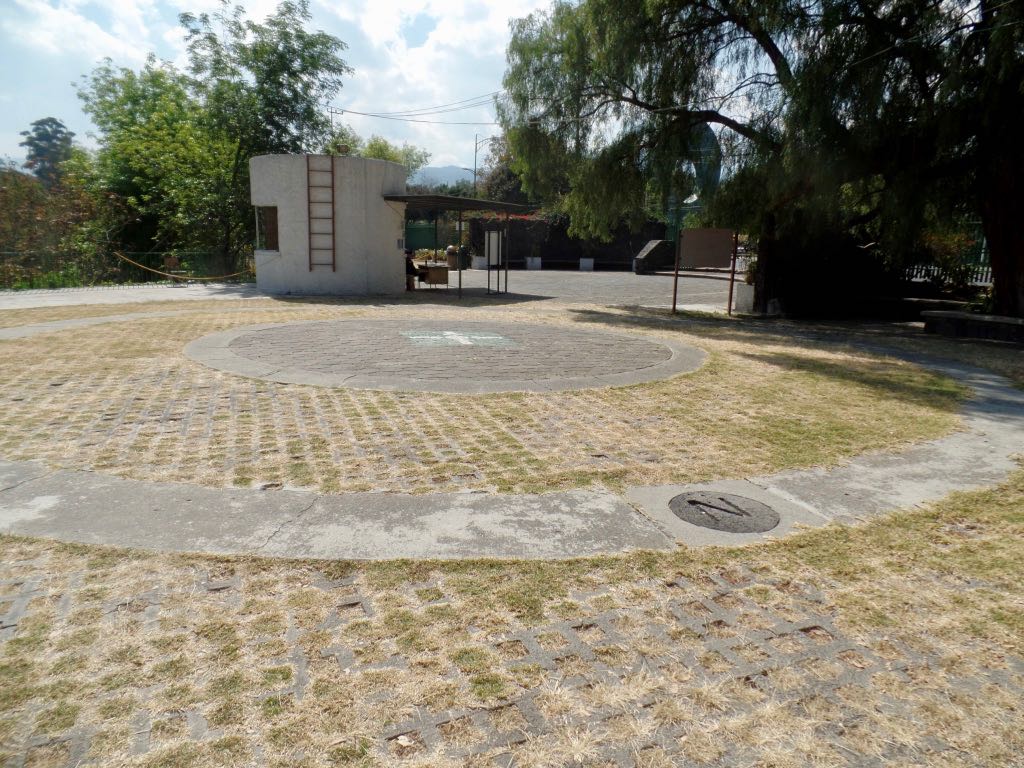 Entrance plaza to the Cuicuilco Pyramid archeological site. The building there had a park attendant, as well as a book to sign in. The brick landscape here, with open centers and grass growing in, was very like many parking lots I'd seen in Singapore, part of what made the city feel very much like revisiting that part of my life. 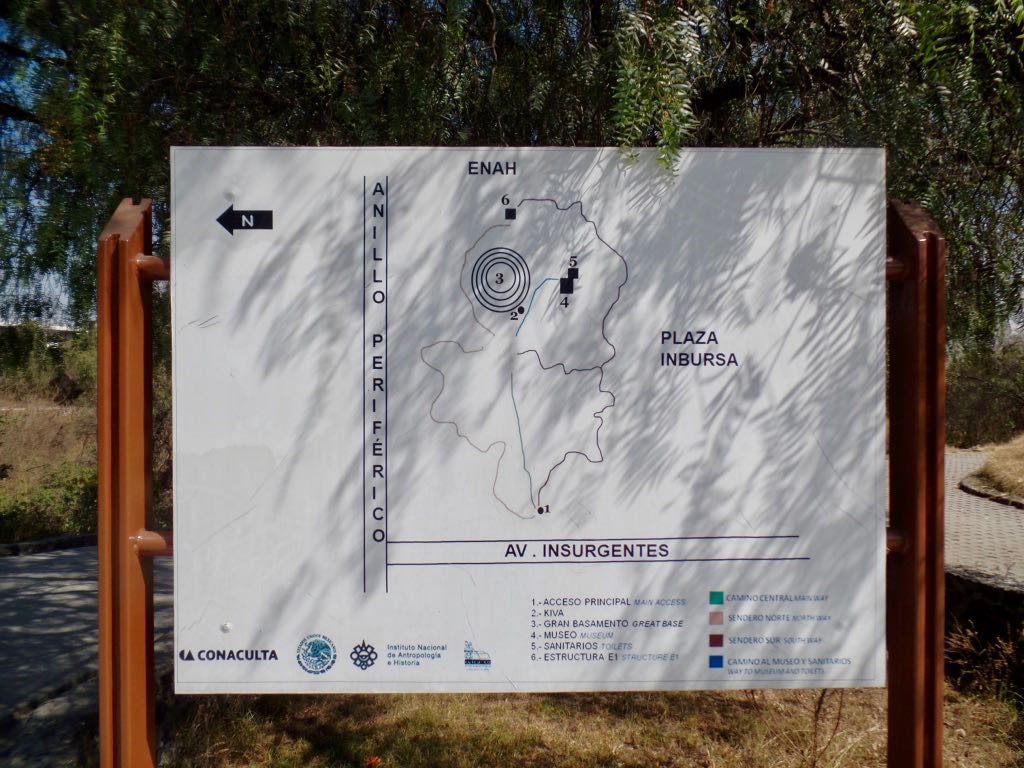 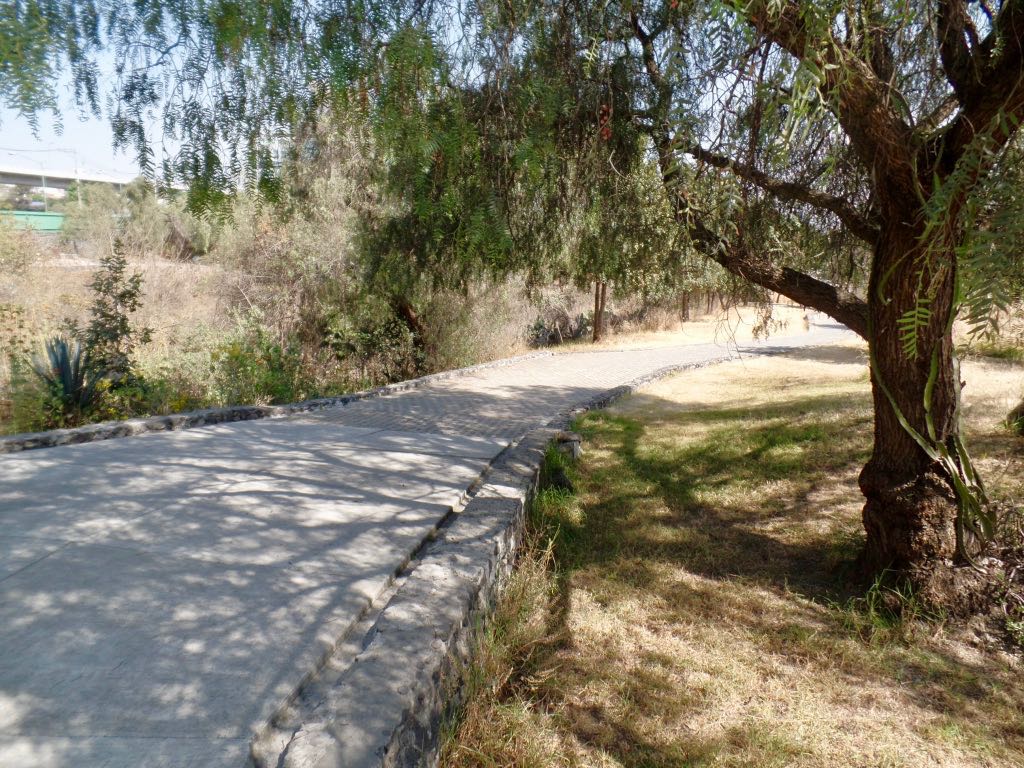 The very start of that green-line trail, seen from just past the point number 1 on the map in the above picture.

Trivia: The Indian Standards Institution in 1959 issued its Specification for Black Lead Pencils, giving grades for writing pencils, tests for uniformity, strength, wear, friction, and blackness. The kinds of wood to be used were not specified. Source: The Pencil: A History of Design and Circumstance, Henry Petroski.

PS: Reading the Comics, June 21, 2019: I Have An Anecdote Edition that gets into computational complexity.