You can spend my pay

My mathematics blog basically melted over the past week. It's been warm. If your RSS feed caught on fire then here's what you missed.

And in the story comics I ... missed my deadline for talking about Rex Morgan, M.D.. I blame the heat. This is a bit of an excuse. But meanwhile I was able to answer another burning question: Wait, did Funky Winkerbean just have a talking monkey kill someone?

In photographs, now, let's get back to La Feria and stuff we did after our second ride on the big roller coaster. 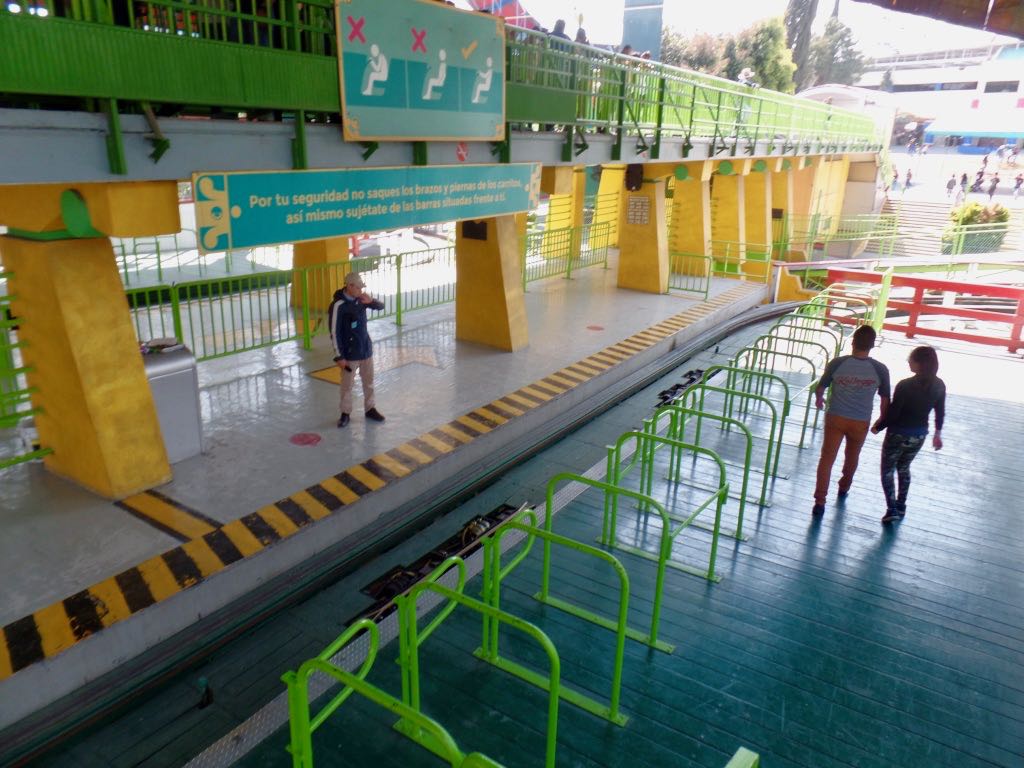 For our second ride on Montaña Rusa we went to the other platform (waiting so people could go ahead of us to do it). Here's the view of the other launch platform. 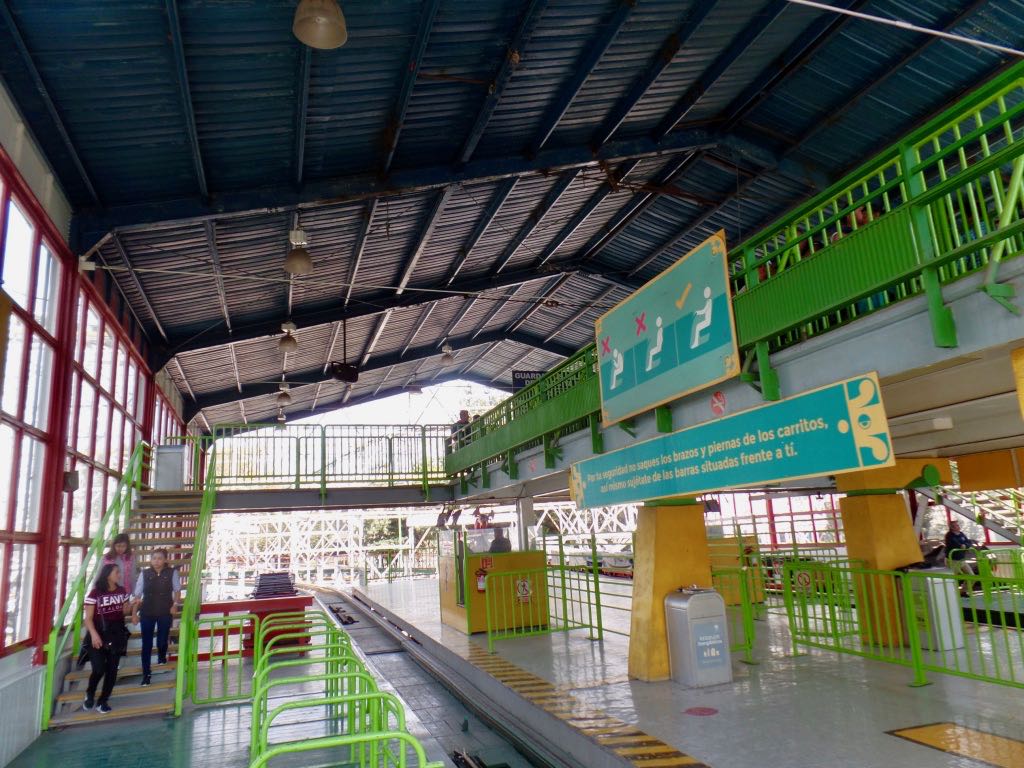 And looking back at the station --- which bears a striking resemblance to a subway station, really --- from the front of the queue. Notice there's another spare train on the transfer track. 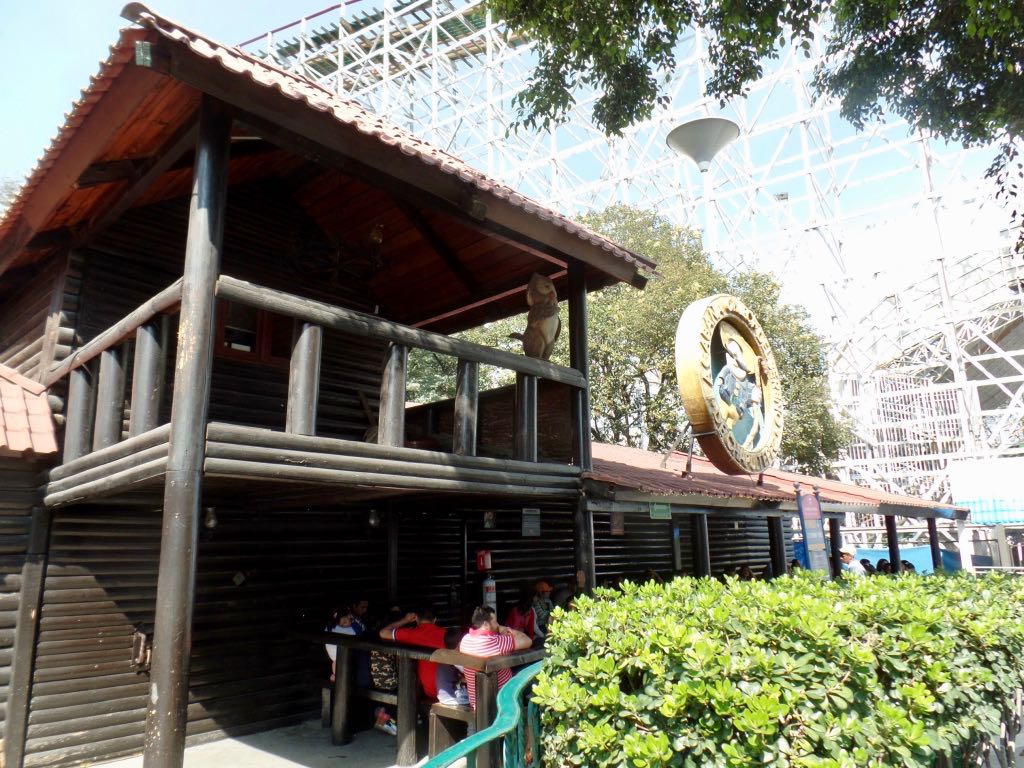 Now to non-Montaña Rusa stuff. Here's a curious log cabin that we kept noticing had a pretty big, yet non-moving queue in front most every time we passed by. What could it be? 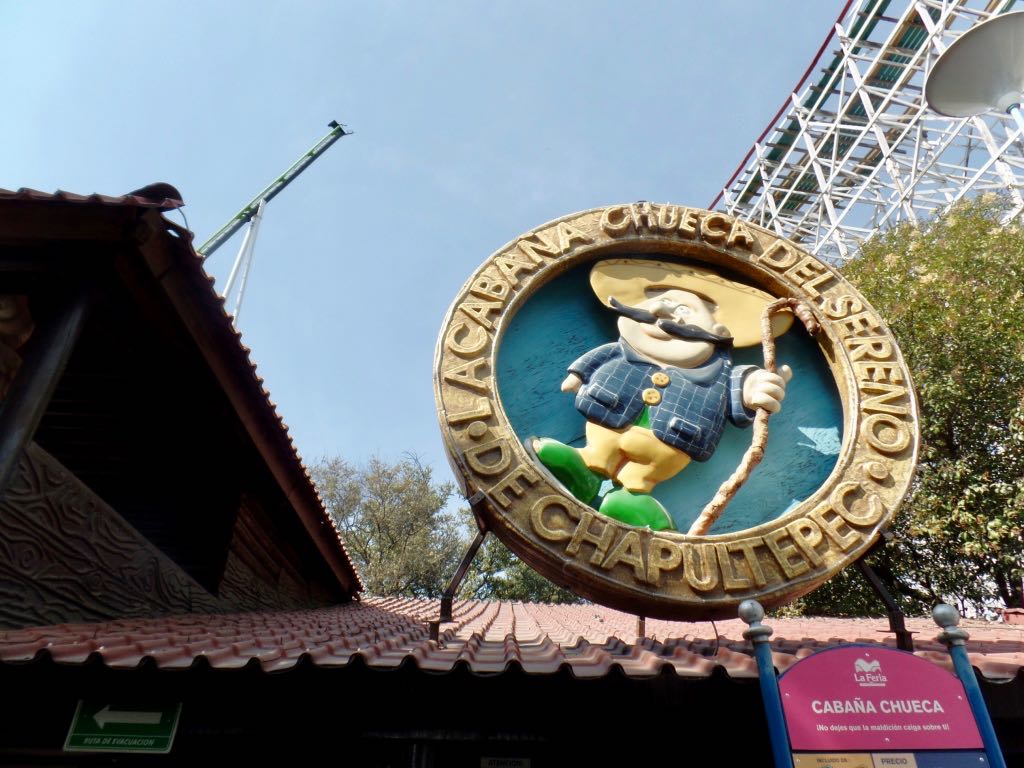 Here's the ride logo for this attraction and it ... doesn't quite seem to answer the question.

bunny_hugger's Spanish and my non-online dictionary weren't enough to give us an idea what might be within. We would have to come back to the question (which we did). 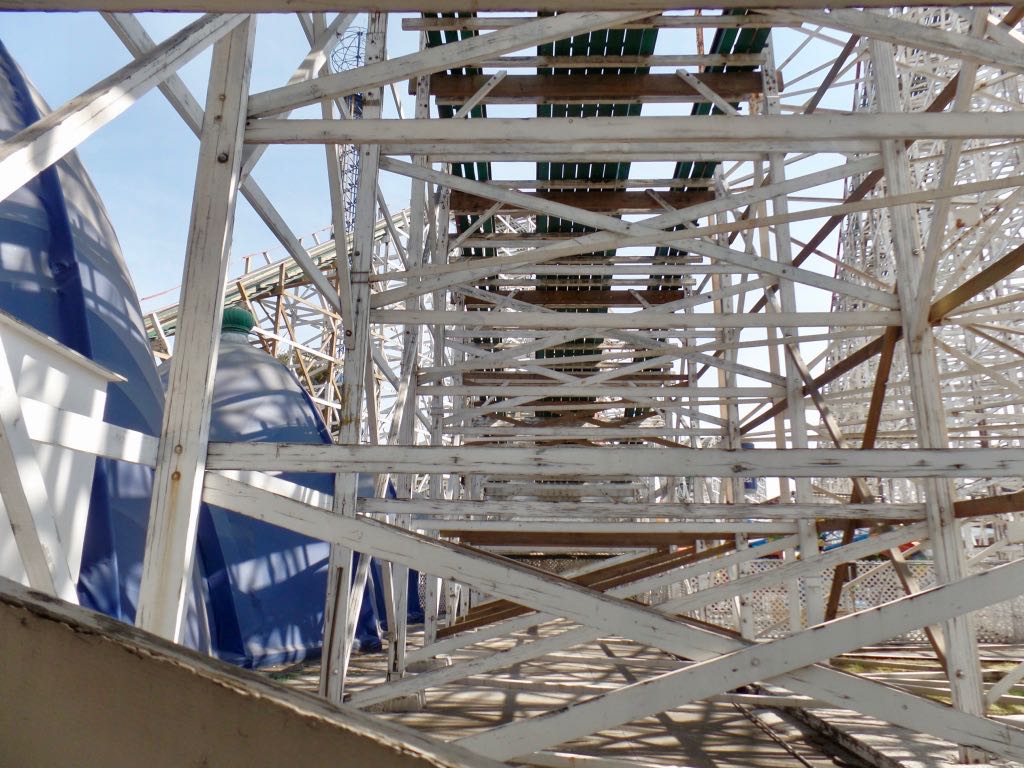 A glance underneath the lift hill of Montaña Rusa, near where it passes the Cabaña Chueca. 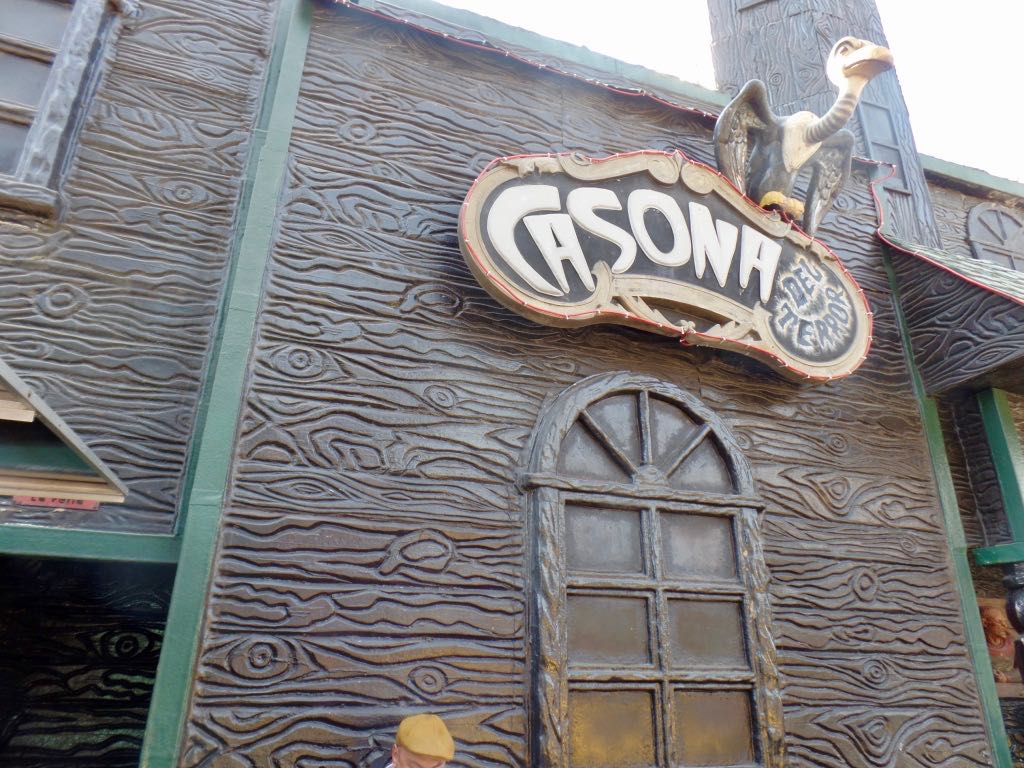 Now here's something we could better understand: a haunted house with a nice-looking vulture sitting atop as gargoyle. 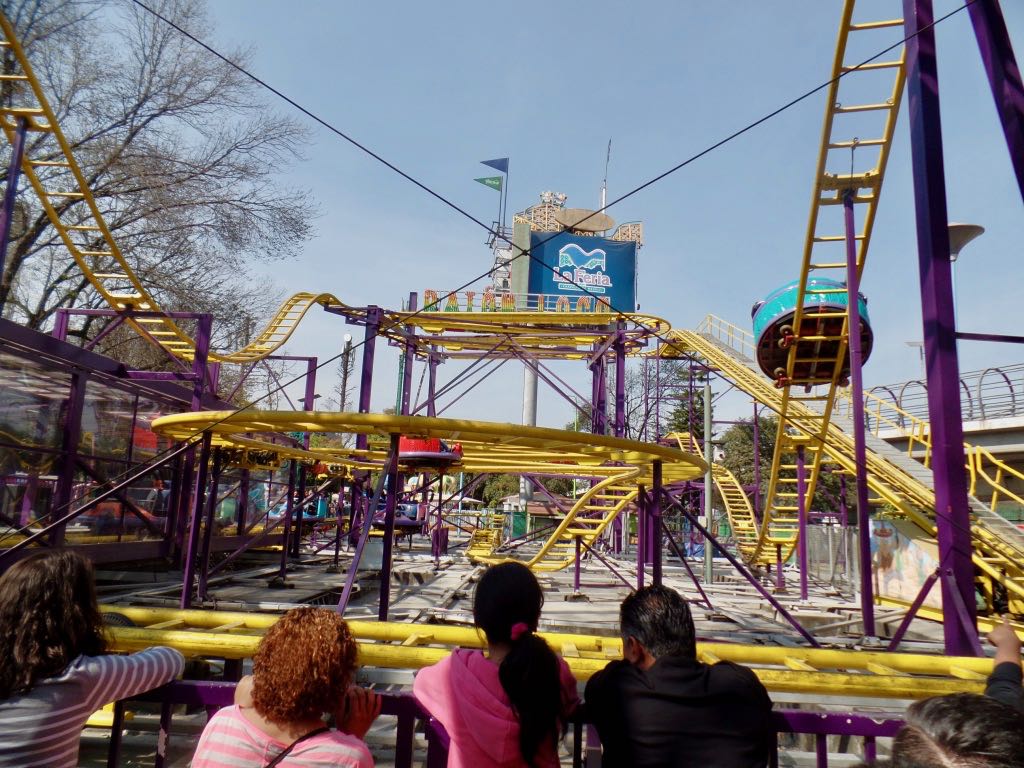 And a bit past the haunted house was Ratón Loco, their spinning wild mouse. It's the twin of the Crazy Mouse at Fantasy Island which I discussed just a few days ago, as well as of Crazy Mouse at DelGrosso's Amusement Park in Pennsylvania and the Exterminator at Kennywood. There's also twins to it in Atlantic City, in Brighton, England, and two at Disney's Animal Kingdom. 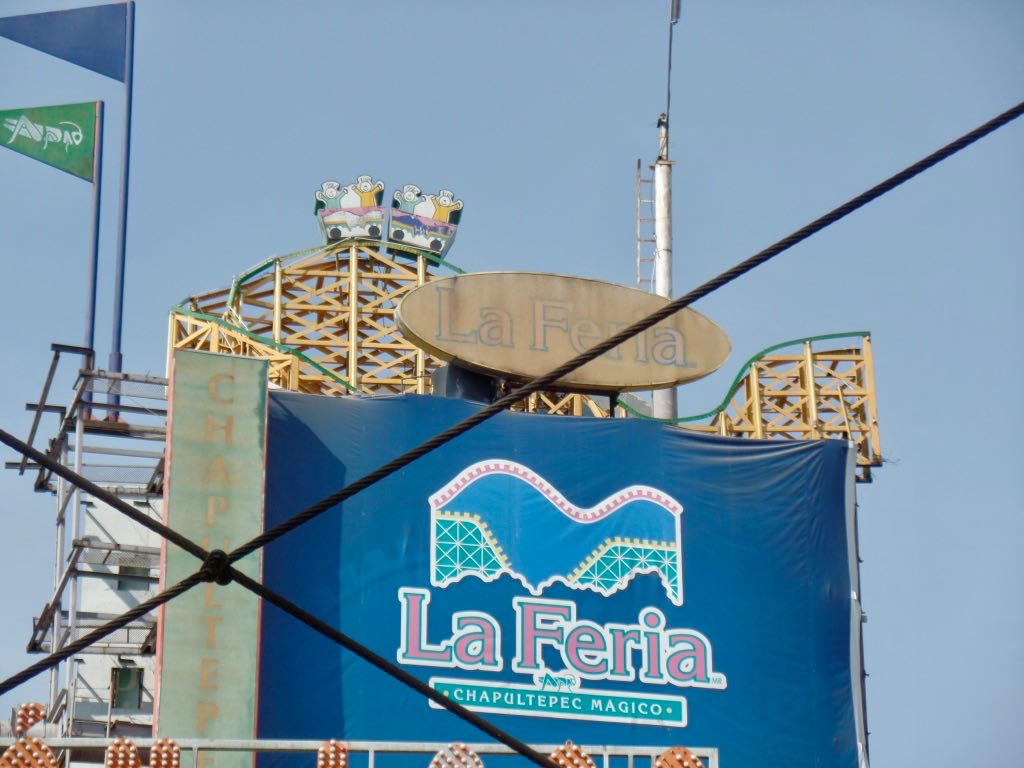 Close-up of some signs for La Feria, including what looks like an older one, and a cute little cartoon representation of their wooden roller coaster. 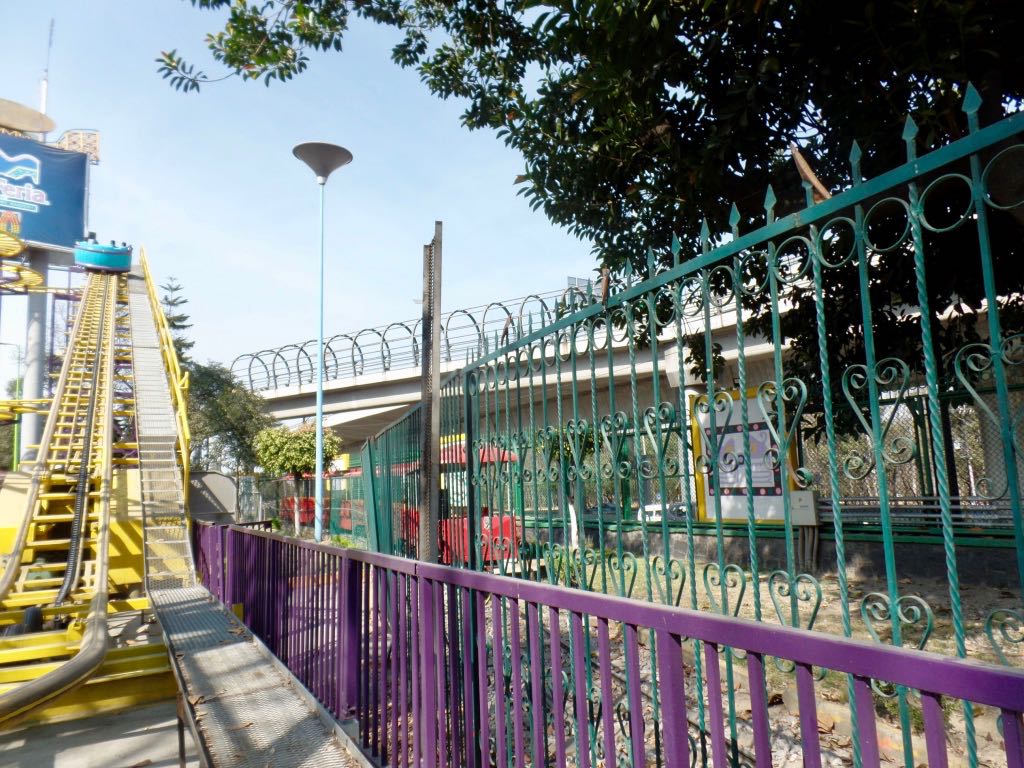 La Feria is a city park. Here, just past the edge of Ratón Loco, is a miniature railroad track (not running), some fencing, some parkland, and then the highway. 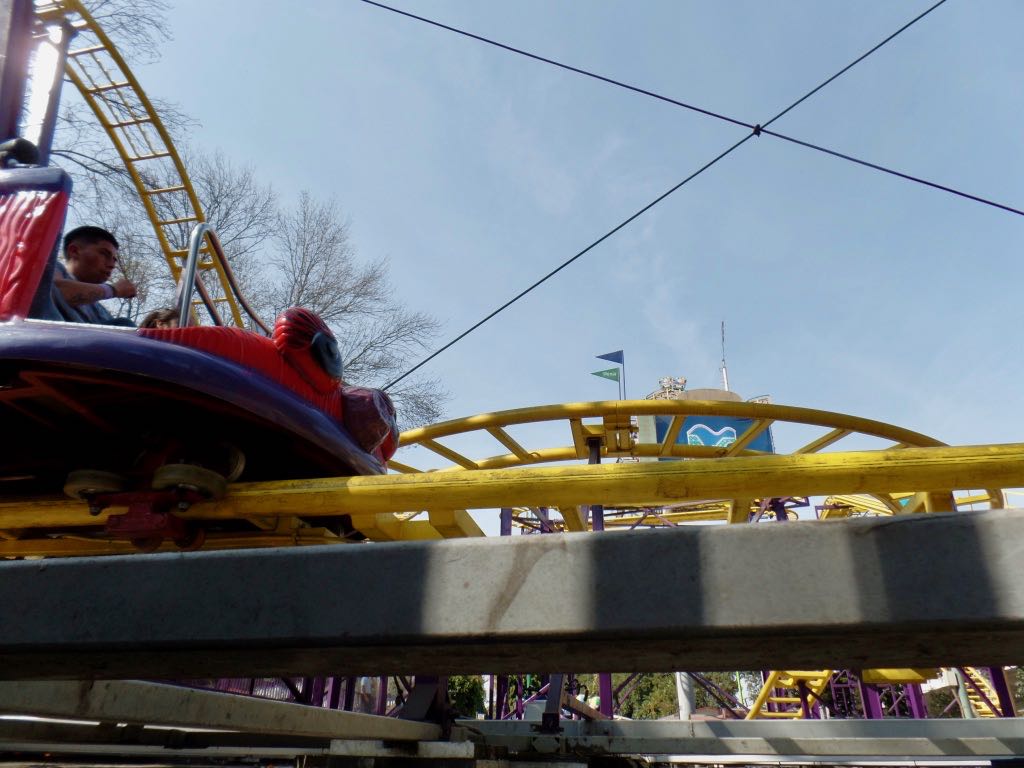 Looking up at the Ratón Loco cars. The 'mice' have somewhat bugged-out eyes and look a bit gruesome, honestly. 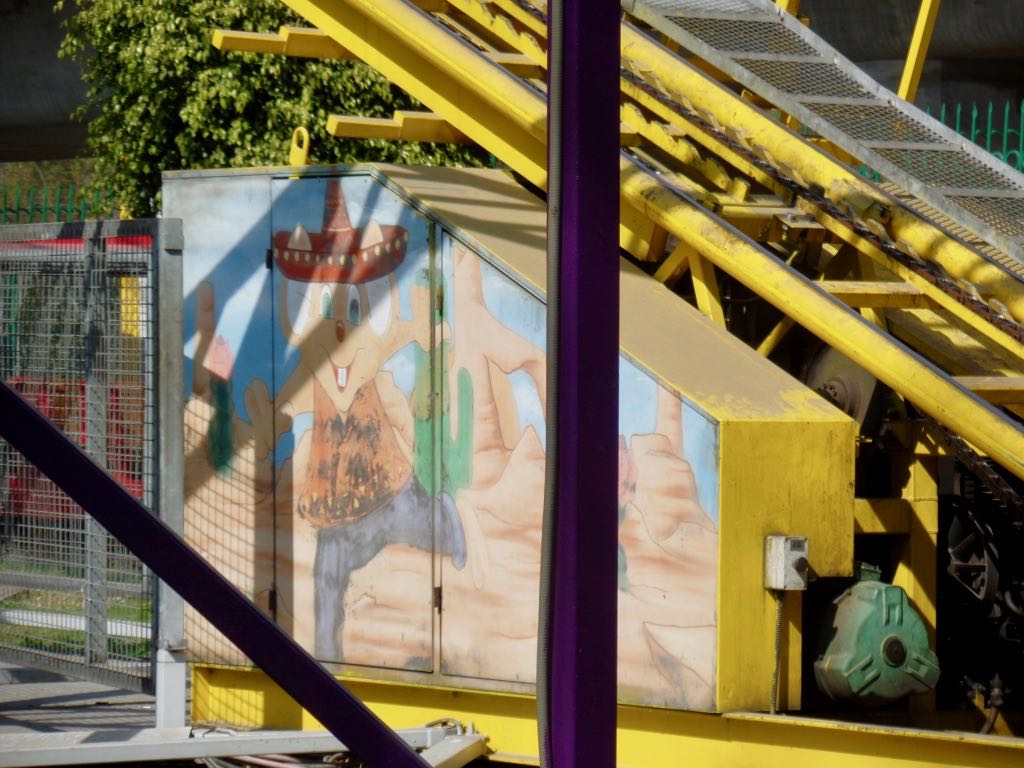 Not at all gruesome: rather cartoony painting of a mouse in a sombrero underneath the mechanism under Ratón Loco's lift hill. 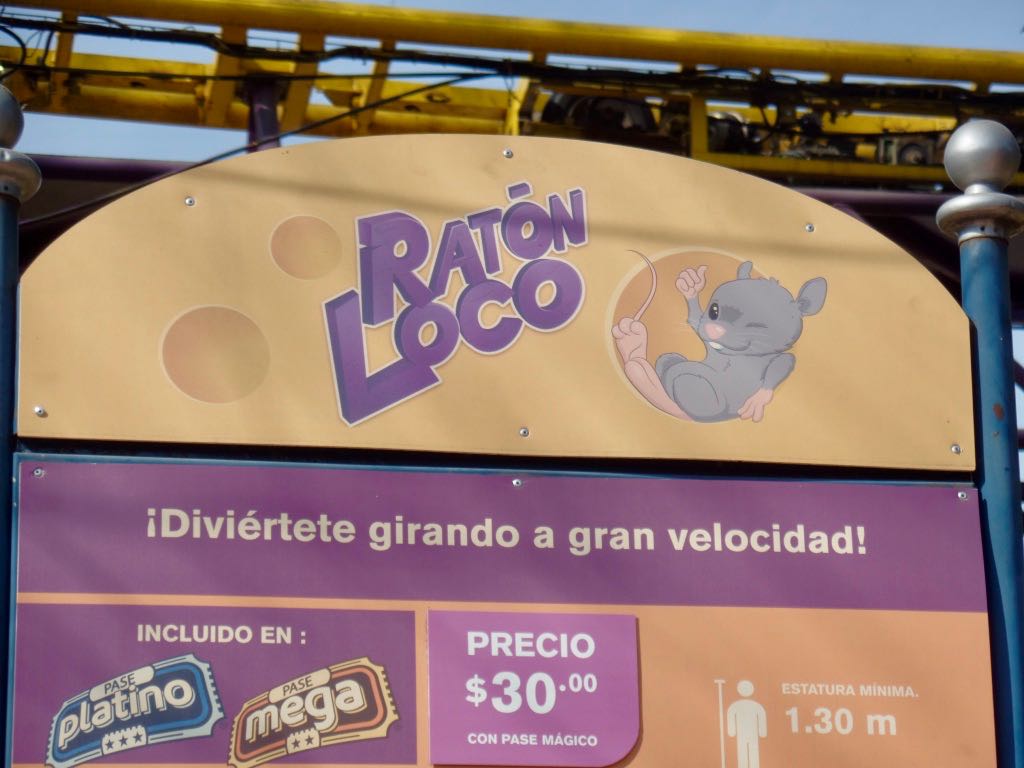 And absolutely not gruesome at all: the cartoony logo for Ratón Loco which makes one wonder how any human is ever disturbed by a rat. The promise of the ride --- something like ``have fun spinning at great speed'' --- is accurate to the ride but sounds like even more fun in Spanish.

Trivia: After splashdown Apollo 11 recovery crews swabbed down the Command Module's hatch with Betadine, an organic iodine solution; then astronauts and recovery personnel decontaminated each other's clothes using a sodium hypochlorite solution. Source: Where No Man Has Gone Before: A History of NASA's Apollo Lunar Expeditions, William David Compton.